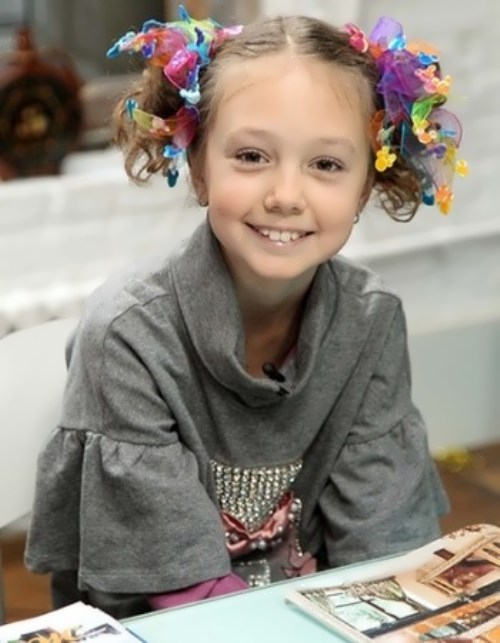 Ekaterina Starshova is a young Russian actress, best known for the role of Polina Vasnetsova (Button) in the television series Daddy’s Daughters (2007-2013, Papiny dochki).
Cute girl was born on October 28, 2001 in Moscow, into a family of figure skaters Elena Mikhailovskaya and Igor Starshov.
At the age of 6, Ekaterina became an actress of the family television series Daddy’s Daughters. She played the role of the youngest daughter Polina Vasnetsova. After the release of this sitcom, little Katya suddenly became the most successful Russian child star. In the series she has a favorite toy – teddy bear Bublik. The little actress fell in love with the toy and the film crew decided to give Katya a copy of the teddy bear. Miroslava Karpovich, Anastasia Sivaeva, Liza Arzamasova and Daria Melnikova played the roles of her sisters. Actress Nonna Grishaeva played the role of their mother.
The girl had been playing in the TV series for six years. In between the seasons of the sitcom, Katya played in the melodrama Mermaid with Maria Shalaeva and Evgeny Tsyganov in the title roles.

In 2009 Katya starred in the blockbuster Black Lightning directed by Timur Bekmambetov. She played together with Grigory Dobrygin and Ekaterina Vilkova.
In 2008 she entered school. 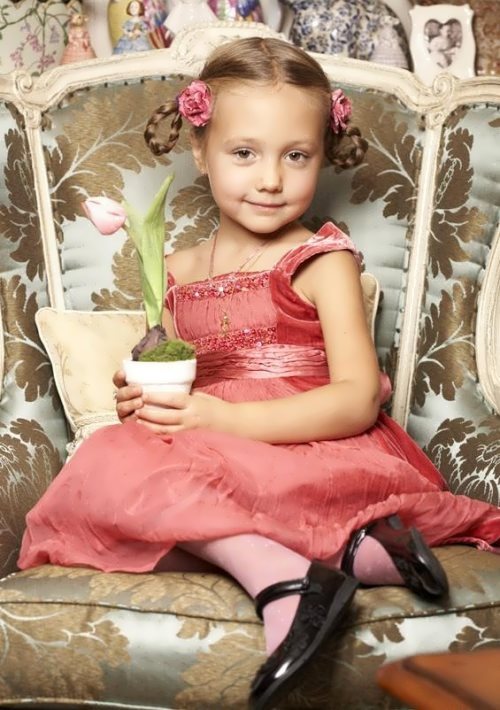 By the way, Starshova took part in the advertising of such products as juice Frutonyanya, Kinder Surprise, children’s cosmetics Princess, vitamins Pikovit and Toy hypermarket Begemot.
Moreover, Ekaterina took the second place at the International Ice Dance show in Paris.
Katya took part in many TV shows, including Stories in Details, Ranetki-Mania, Big Difference, The Most Intelligent of Daddy’s Daughters, Big City, Minute of Fame 4, Who Wants to Be a Millionaire, Daddy’s Daughters: New Story and others.
And in 2016, 14-year-old Ekaterina was invited to take part in the show Dancing with the Stars, where young Vladislav Kozhevnikov became her partner.
Source: www.vokrug.tv
Ekaterina Starshova – young actress 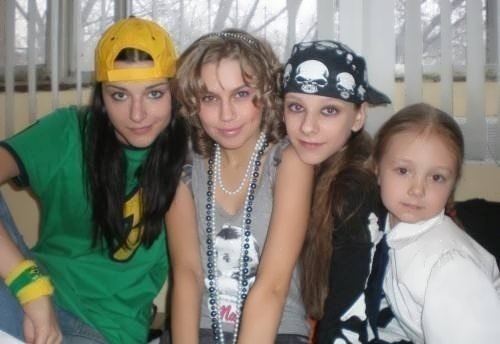 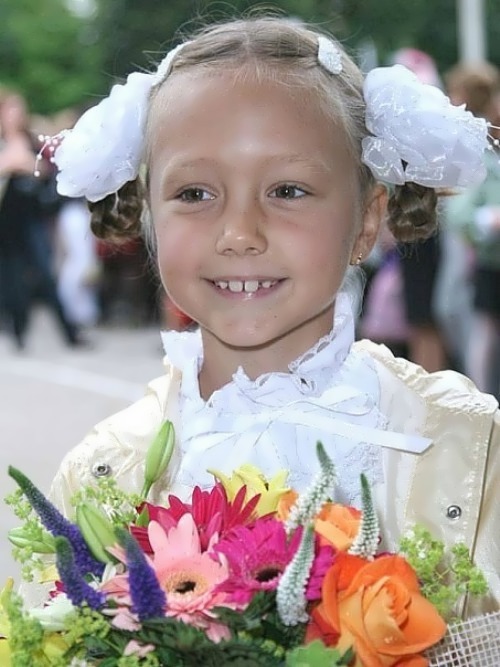 Katya Starshova on September 1. Her first time at school. 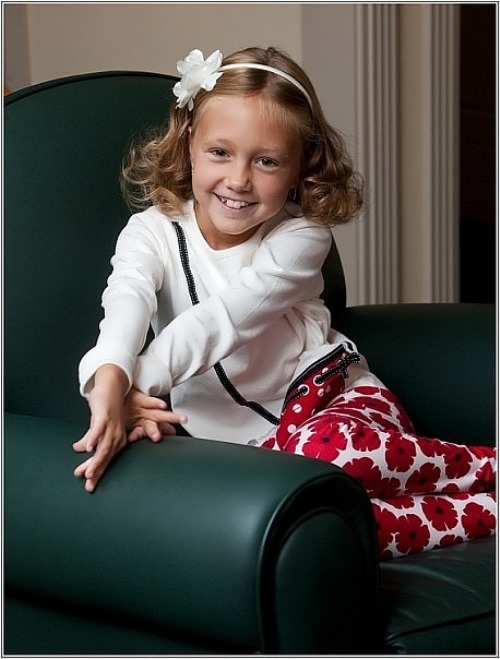 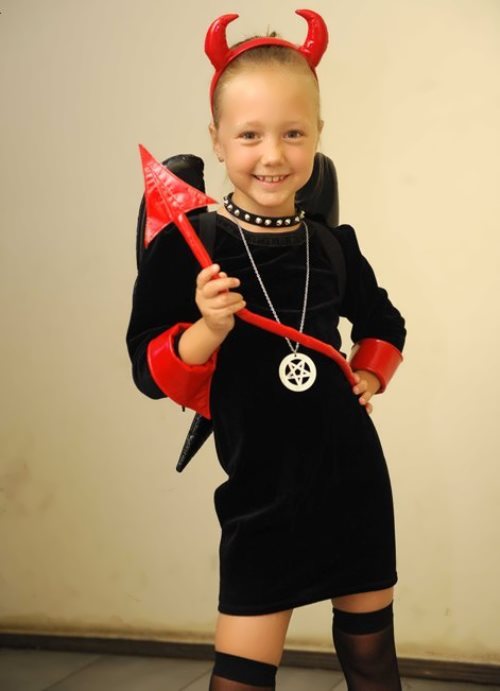 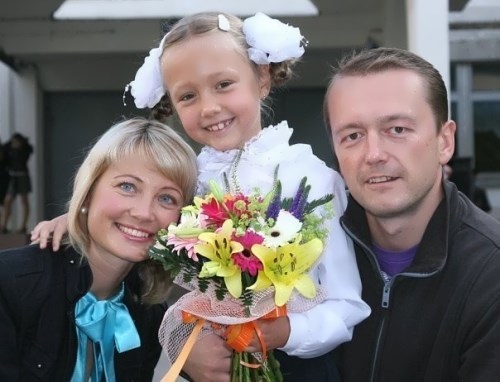 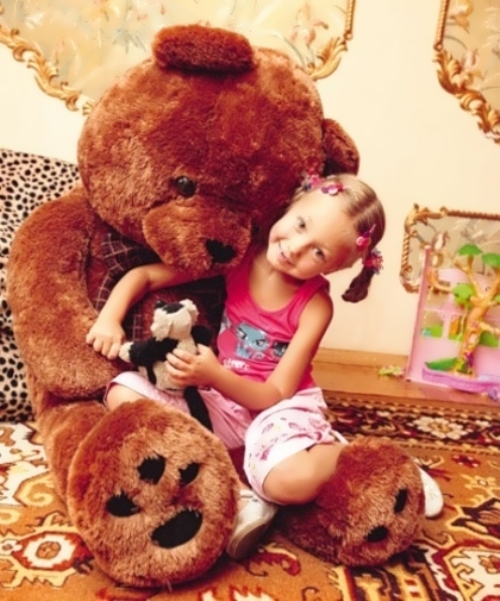 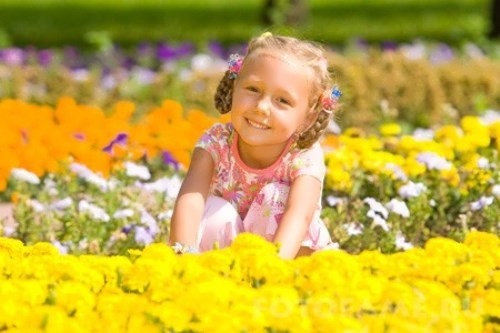 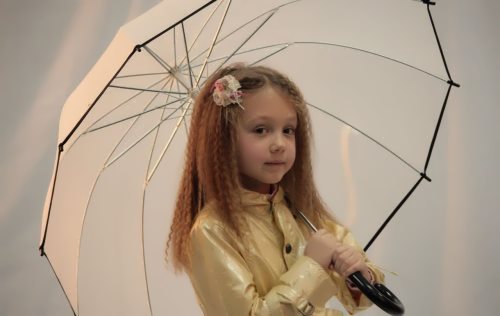 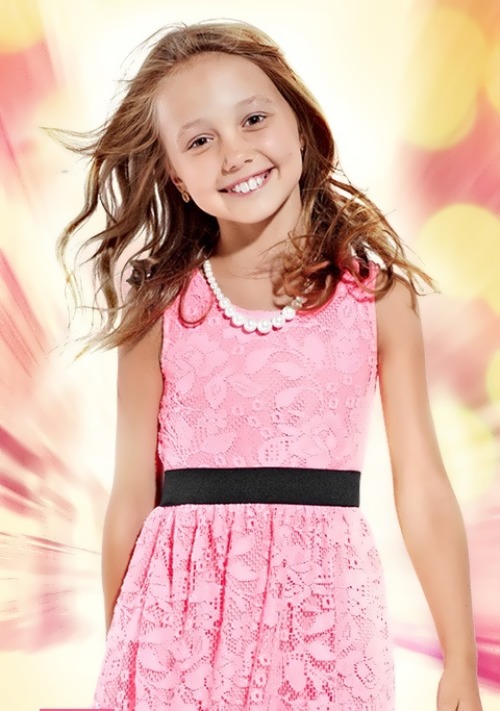 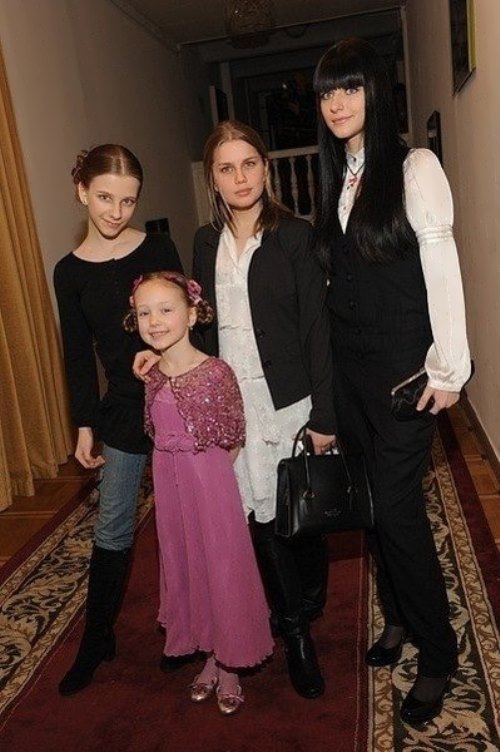 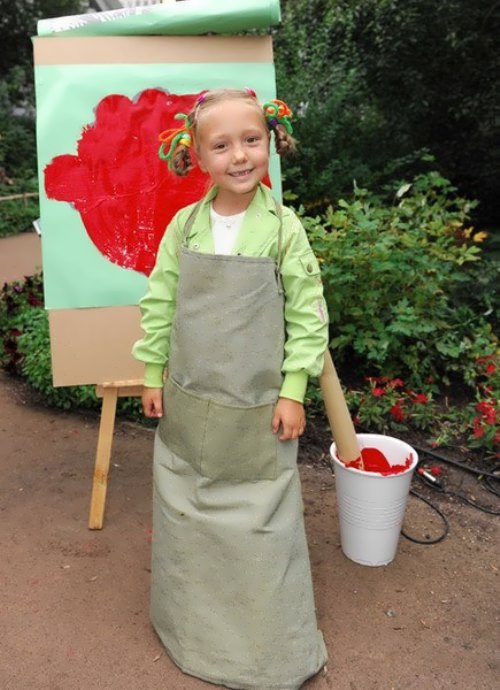 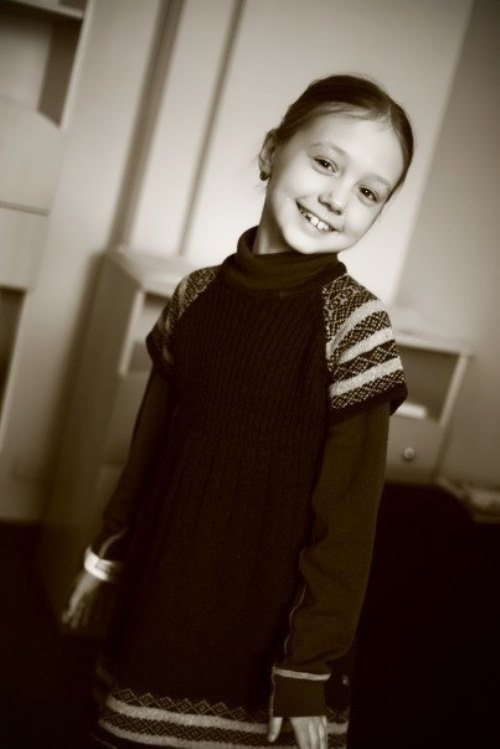 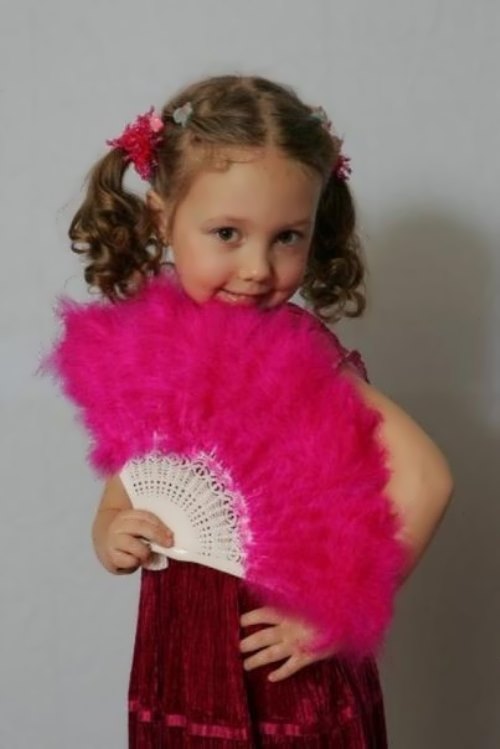 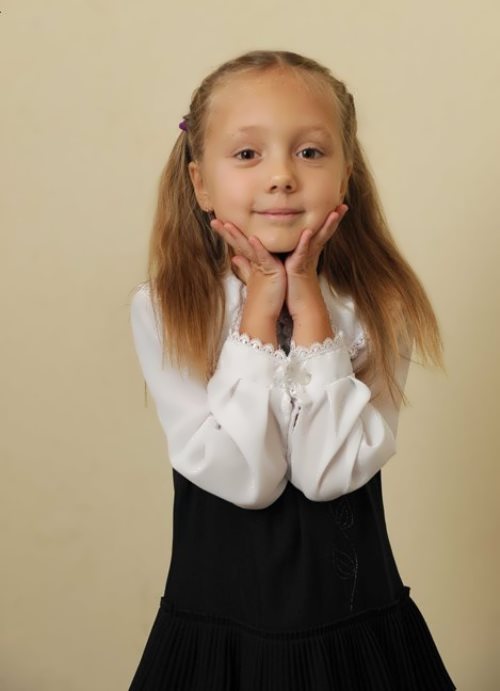 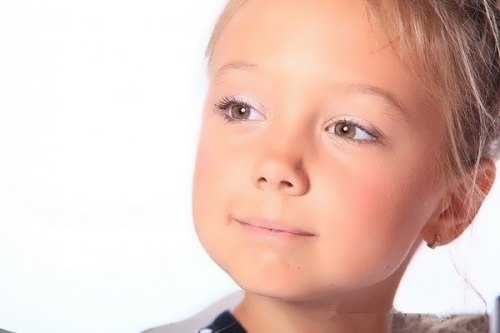 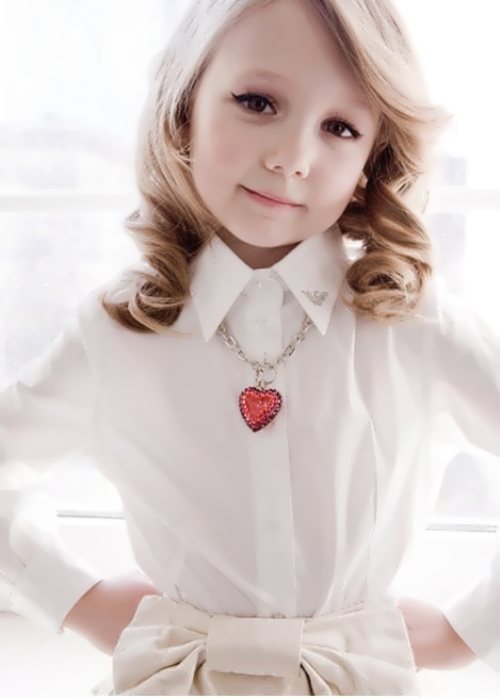 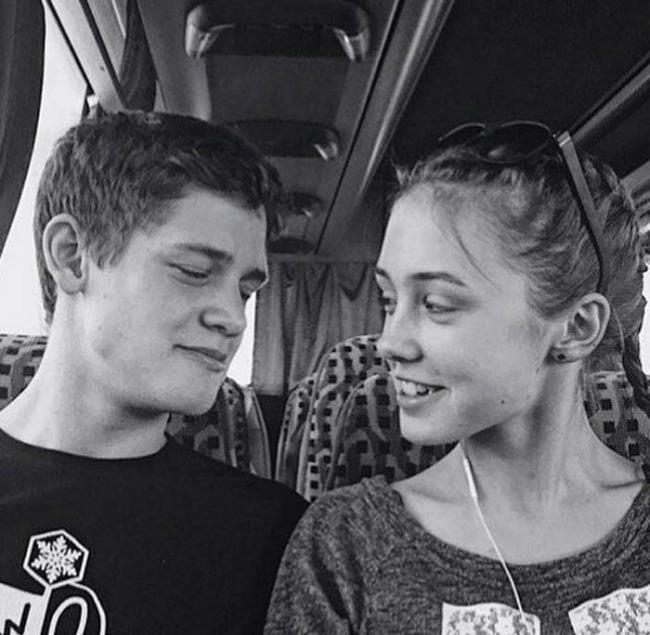 Ekaterina with her boyfriend 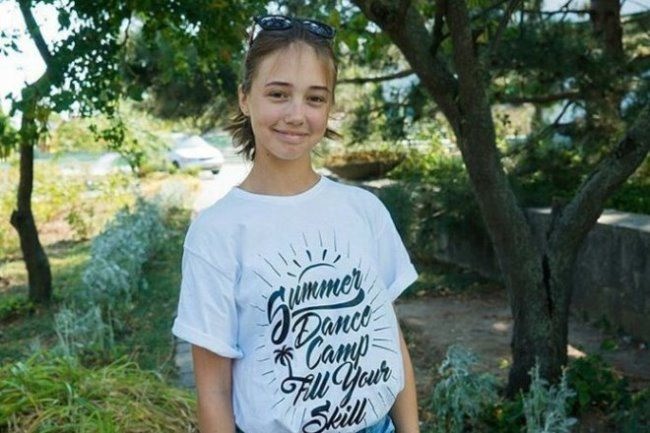 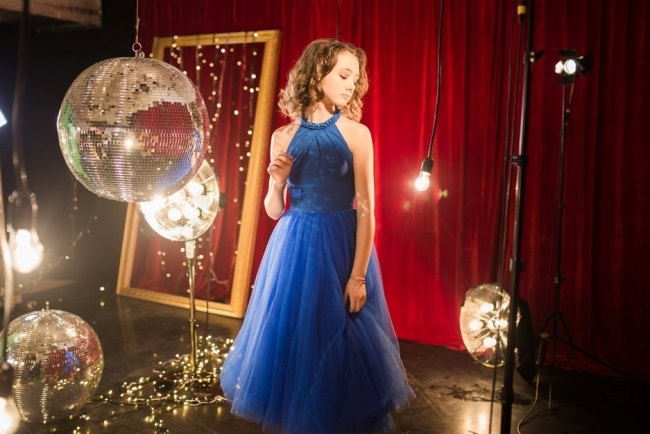 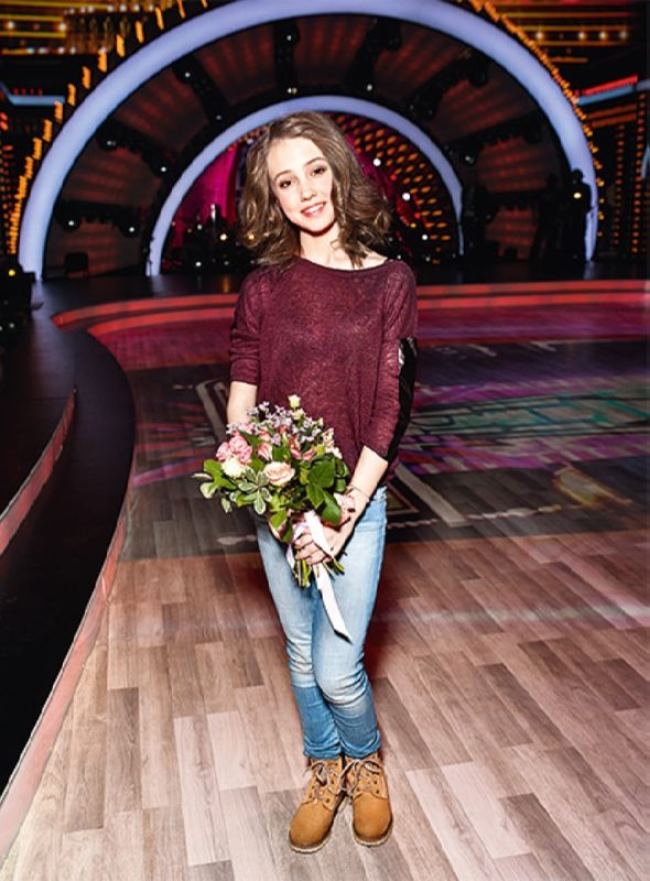