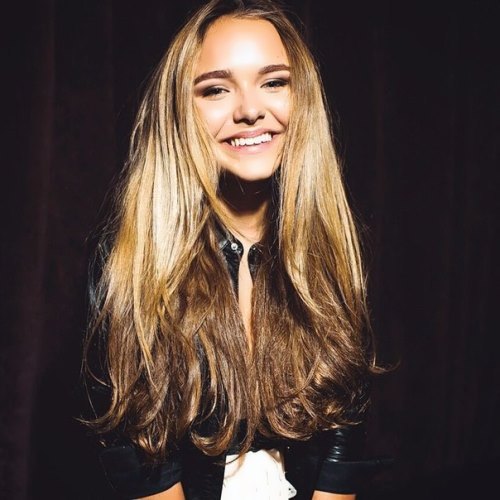 Stefaniya Malikova, the daughter of the famous Russian singer and composer Dmitry Malikov, was born on February 13, 2000. The girl is engaged in dancing and drawing. Also she plays the piano and sings.
14-year-old beautiful girl took part in a photo shoot for Teen Vogue American magazine as a representative of a new generation of fashionable Russian girls and told about her favorite stores. Malikova and Bevan tried on clothes by famous brands and took photos in the heart of the capital – on Red Square. According to Stefaniya, an offer to take part in a photo shoot for the prestigious magazine was a complete surprise. The girl admitted that she received an offer via email and could not refuse it.
Since her childhood the girl feels like a princess.
Stefaniya has become a real style icon among teenagers. Even the stars of show business could envy the number of her subscribers in social networks.
END_OF_DOCUMENT_TOKEN_TO_BE_REPLACED 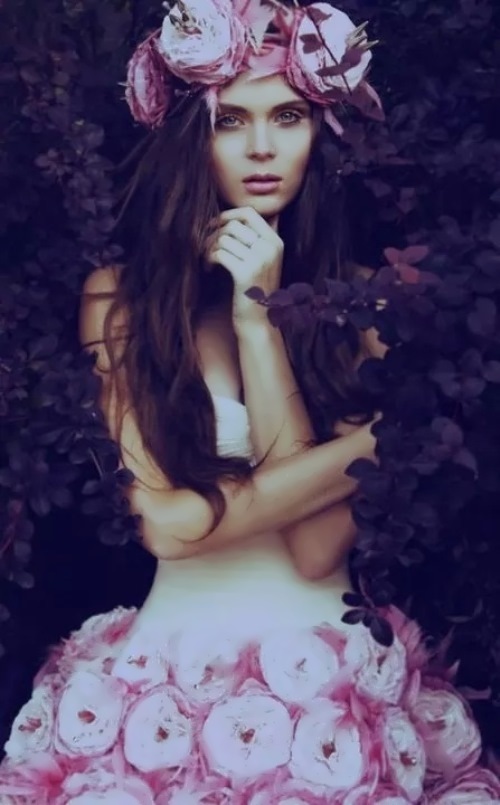 Olga Belova is a beautiful model. She was born on April 8, 1992 in Moscow, into the family of engineers.
Height: 176 cm. 88-61-88.
Hair color: Brown.
Eye color: Blue.
Olga is a very beautiful and clever girl who graduated from two Universities. She is a journalist and a TV and Radio host.
The charming girl is fluent in four languages (English, Russian, Italian and Spanish).
END_OF_DOCUMENT_TOKEN_TO_BE_REPLACED 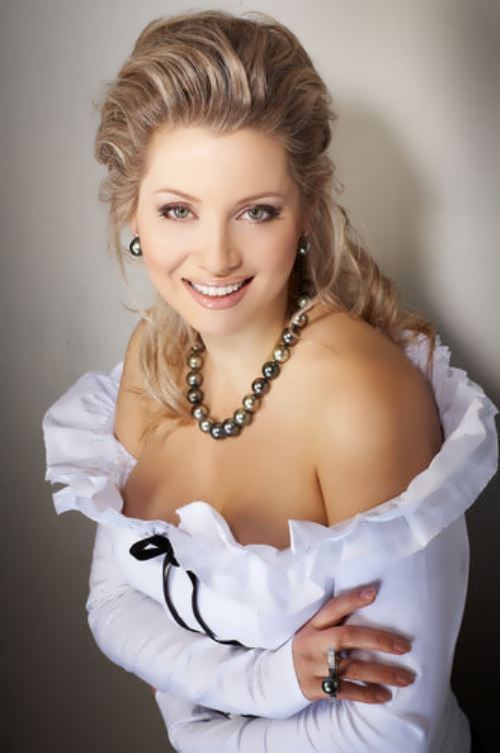 Lena Lenina is a Russian and French writer, fashion model, TV presenter, actress, designer, and businesswoman.
The beautiful blonde was born on October 25, 1971 in Novosibirsk, Siberia, into a family of medical scientists. Lena’s father was looking for an effective cure for cancer, and her mother worked as a cardiologist, published more than 17 scientific works.
Her year of birth is different in various sources: 1977, 1979 and 1981. But the age isn’t matter for a beautiful woman. Some media claimed that the maiden name of Lena Lenina is Razumova, and the surname of her ex-husband is Povalyaev.
She studied at the Novosibirsk State University. In the early 90s Lena was a presenter of her own TV show Helen-Video. Then she moved to Moscow, where the girl became a producer and a presenter of the programs Paris Revelation and Business Fever on TVC channel.
After moving to France in 2003, the girl participated in the reality show Nice People.
END_OF_DOCUMENT_TOKEN_TO_BE_REPLACED 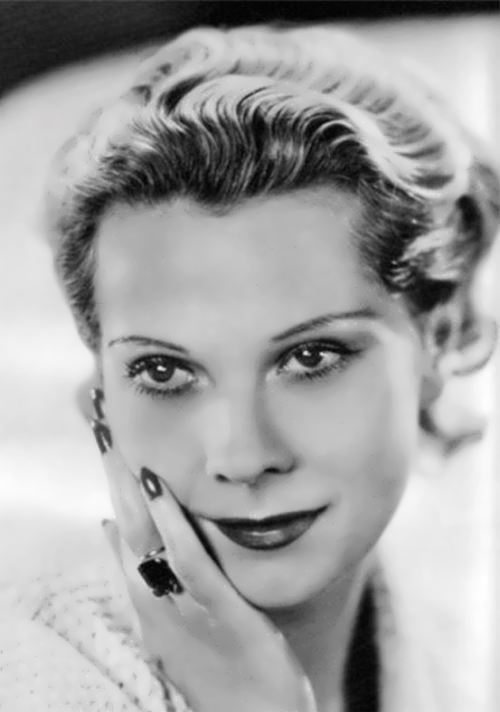 She was a French fashion model and Hollywood actress from Russia.
Natalia Paley, granddaughter of Alexander II, daughter of Grand Duke Pavel Alexandrovich Romanov and Countess Olga von Gogenfelzen, was born on December 5, 1905 in Paris. Before the revolution in Russia, Natalia and her parents lived in the palace in Tsarskoye Selo near St. Petersburg.
In 1917 the Bolsheviks arrested Natasha’s father and shot him down in Petropavlovskaya Fortress. And in 1918 her brother Vladimir Paley was killed in Alapayevsk. Her mother Olga Paley grabbed her daughters Natasha and Irina and moved to France.
END_OF_DOCUMENT_TOKEN_TO_BE_REPLACED

Russian Plus Size models
A beautiful person is one who lives in harmony with himself, just love yourself and you will be loved.

Victoria Manas is a Russian plus-size model. Now she lives in New York together with her husband. Victoria participates in different fashion shows and takes part in various photo shoots. Beautiful girl won North Aurora contest in St. Petersburg. You know, she likes to ride her bike in summer.
She says there are some differences between Russian and American plus-size models. For example, 75 kg is the maximum weight for European models, and in Russia – it starts from 75 kg.
END_OF_DOCUMENT_TOKEN_TO_BE_REPLACED 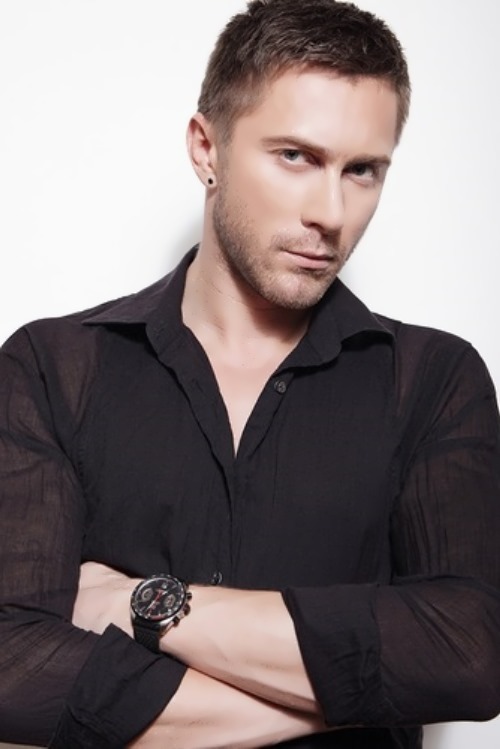 Konstantin Gayday is a known Novosibirsk designer and artist, famous for creating original hats.
According to designer, fashion is an endless fabulous story, which is told every season by designers throughout the world.
A person should be purposeful, have a positive attitude toward the world, charm, audacity and courage to conquer the world of fashion.
Konstantin was born in 1978, in Novosibirsk. When Kostya was eight years old, he made costumes inspired by bands Skid Row, Guns n Roses. At the age of 13 he made backpack with a huge marijuana leaf on it. In his twentieth Konstantin started making hats.
In 2001, he graduated from the Academy of Fine Arts and Architecture. While in Siberia Gayday made his first collection of hats and with a group of like-minded people created a magazine on fashion.
END_OF_DOCUMENT_TOKEN_TO_BE_REPLACED 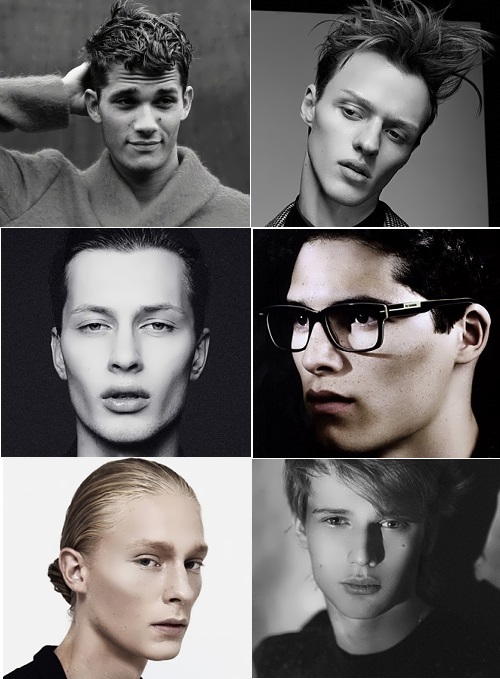 Russian male models, popular abroad
Among the models who participated in shows during men’s fashion weeks there were Russian male models.
Here are most popular of them.
Arthur Daniyarov
Arthur was born in St. Petersburg. In 2009 he took part at the fashion week in Milan. In his first season he walked for such famous brands as Prada, Alexander McQueen and Jil Sander. In the same year, Arthur became the face of an advertising campaign for Jil Sander. During last season he participated in shows for Dries Van Noten, Giorgio Armani, Fendi, Emporio Armani and Salvatore Ferragamo.
END_OF_DOCUMENT_TOKEN_TO_BE_REPLACED