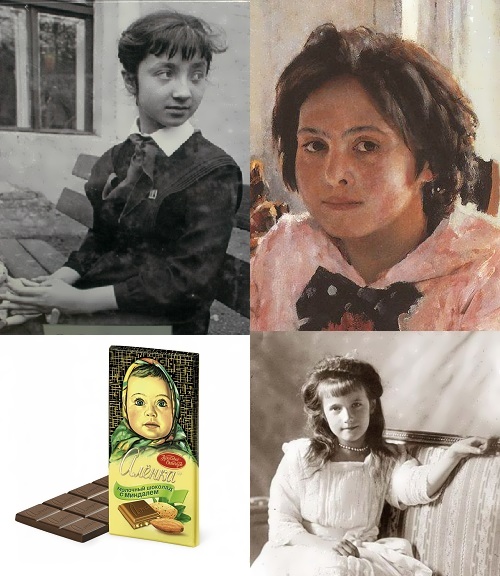 On December 19, 2011, the United Nations declared October 11 as the International Day of the Girl Child.
And I’d like to tell about seven Russian girls who became famous.

Anastasia Romanova
Grand Duchess Anastasia, daughter of Nicholas II and Empress Alexandra Feodorovna, will forever remain the girl in the memory of Russian people. Anastasia, along with her entire royal family, was canonized as a martyr.
During the First World War she was only fourteen years old and could not be a nurse, as her elder sisters and mother. Then she became the patroness of the hospital, gave her own money to buy medicine for the wounded, read aloud to them, gave concerts, wrote letters to their relatives, and played with them to distract from the pain, sewed clothes. She taught illiterate soldiers to read and write.
On July 17, 1918 Anastasia and her relatives were shot down in Yekaterinburg. Many years after the execution of the royal family there were rumors that Anastasia survived. There are films and cartoons about Anastasia Romanova’s fate. 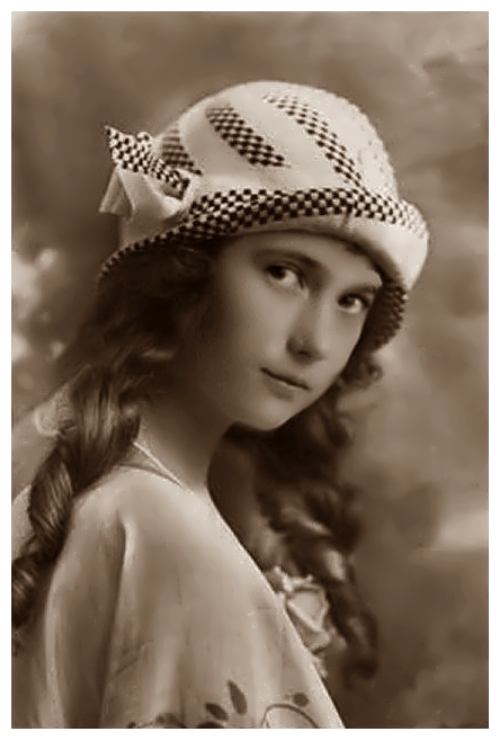 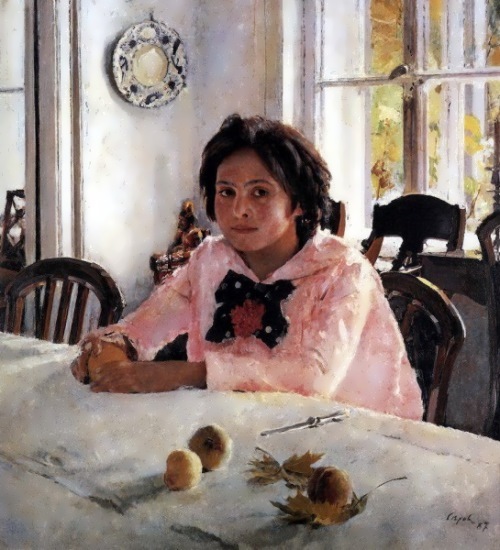 Vera Mamontova became well known thanks to the Russian artist Valentin Serov, who painted her portrait entitled Girl with Peaches. There is another portrait of her, which was painted nine years later by Viktor Vasnetsov. The picture is called Girl With A Maple Branch.
It is known that she married Alexander Samarin, the leader of Moscow nobility, in 1903, after the death of her father, who didn’t give the blessings for marriage. She died of pneumonia at the age of thirty-two. Vera was a mother of three children. Samarin lived twenty-five years after her death, but didn’t get married again. In memory of Vera her husband built Holy Trinity Church in the village Averkievo, not far from their homestead. 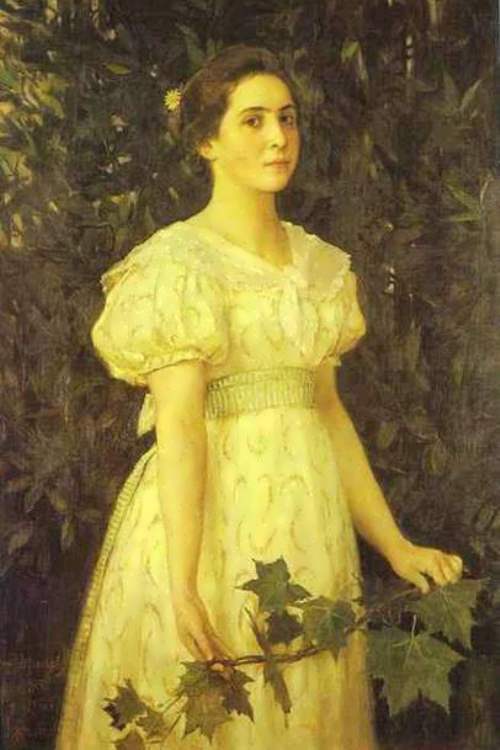 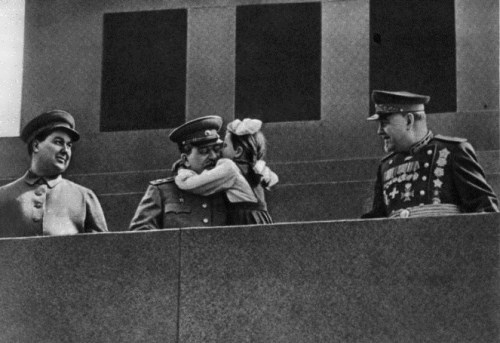 Vera Kondakova is known thanks to the famous picture where a girl in a school dress with white bows kisses Joseph Stalin. She was seven years old. Vera congratulated Stalin, but nobody told her to kiss the leader of the Soviet Union. It was a personal impulse of a child, who believed in the bright image of Stalin. 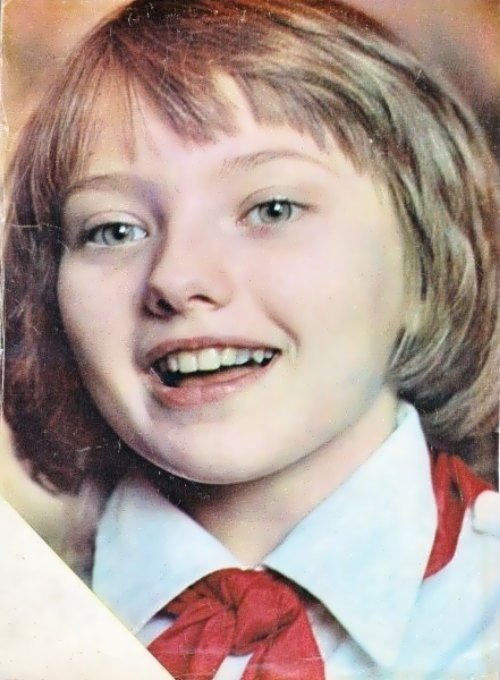 Junior Goodwill Ambassador of the Soviet Union Katya Lycheva visited the United States of America in 1986, with a mission of peace. The girl became a symbol of the “Soviet peace-loving policy”. But her glory was short-lived. At first she starred in children’s films, was surrounded by reporters during her trip to America. But when the media stopped writing about the little diplomat, Katya was forgotten. The girl emigrated to France, where she graduated from the Sorbonne. Though Katya continues to work on international projects, she avoids talking to reporters. 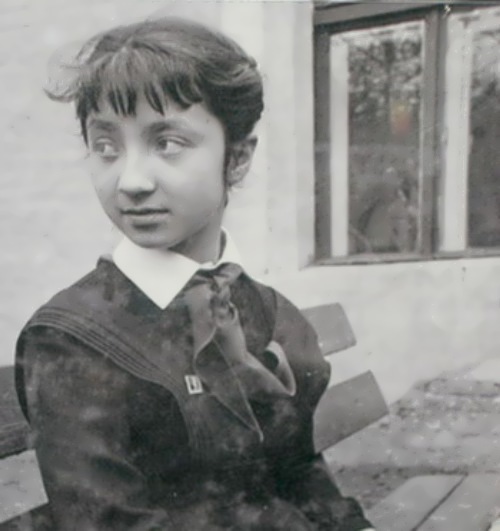 The girl, who died at the age of 17, left 12,000 drawings. Her legacy is mostly graphics, illustrations for stories and novels, which she heard in childhood or read herself. Nadia Rusheva drew illustrations to ancient literature, Pushkin’s tales, Lev Tolstoy’s War and Peace, The Master and Margarita by Bulgakov, The Little Prince and many others. More than 160 exhibitions of her works were held in Japan, Germany, USA, India, Mongolia, Poland and many other countries. 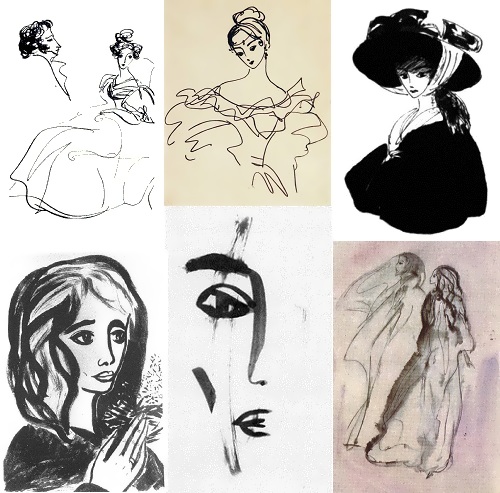 Some of Nadia’s drawings 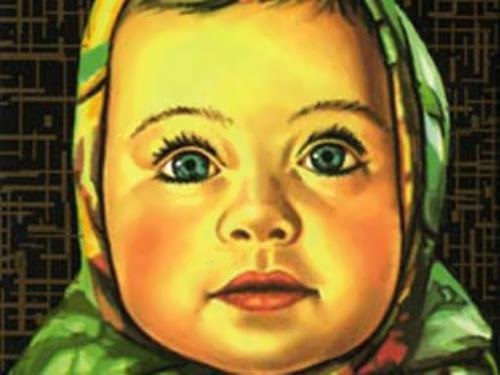 Image of eight month old Elena Gerinas is the emblem of the famous Russian chocolate Alenka for over half a century. Alexander Gerinas’s photo of his daughter won the competition announced in 1964 by Red October. The final image, which appeared on the cover of chocolate, was created by artist N. Maslov.
By the way, Elena doesn’t receive any fee for using her face on the cover of the famous Russian chocolate. 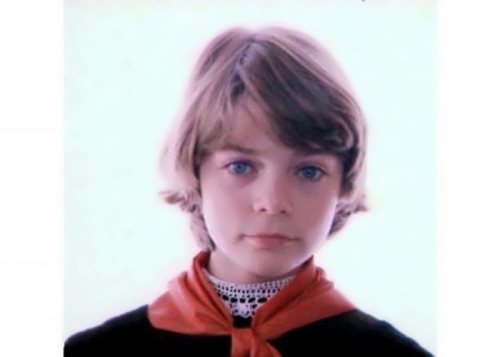 Cult of Alisa Selezneva appeared thanks to writer Kir Bulychev and film director Roman Kachanov. Unearthly girl with big eyes and a special, warm look.
Russian actresses Natalia Guseva and Katya Prizhbilyak played the role of Alisa.
Bulychev wrote the novel about Alisa’s adventures for more than forty years. Alisa was not just a girl, but the first girl who managed to visit space and Atlantis.
Her song Beautiful Far Away was a real hit. The song is about Paradise, but in the context of Soviet culture everybody was sure that it was about communism.