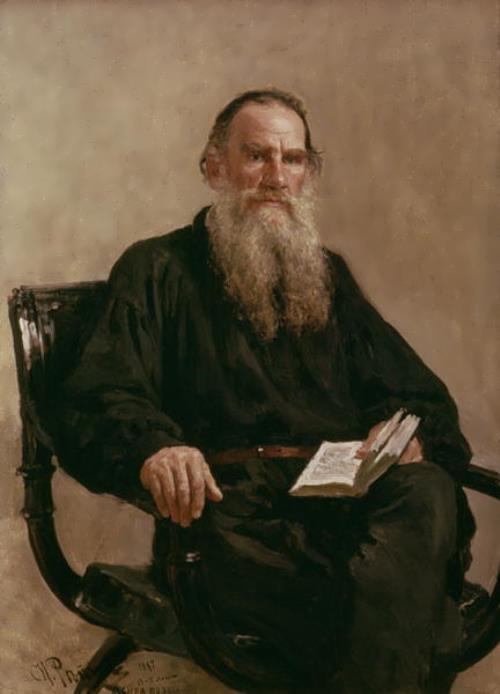 Lev Tolstoy is one of the world’s greatest novelists. He is best known for two long novels, War and Peace (1869) and Anna Karenina (1877).
By the way, he was the first who refused the copyright, was an opponent of the state system, and rejected religious authority. Moreover, he refused the Nobel Prize, hated money and took the side of the peasants.
Lev had left for us 165,000 sheets of manuscripts, 10,000 letters and 90 volumes of his works.
Throughout his life he was searching for the meaning of life and happiness that he had found in the simple word – good.
The boy was born on September 9, 1828 in Yasnaya Polyana, Tula region, into the well-known family of old Russian nobility. He was the fourth of five children. When the parents died, young Lev and his siblings were brought up by relatives.
In 1851, he along with his elder brother went to the Caucasus and joined the army. And in 1855–56 Tolstoy wrote Sevastapol Sketches, three short stories which tells about his years as a second lieutenant during the Crimean War.
Actually, Tolstoy went abroad twice (in 1857 and 1860-1861) to study Western methods of education. He came to the conclusion that the Russian education was fundamentally wrong, especially the education of the peasantry. So Tolstoy established a school for peasant children in Yasnaya Polyana. The school was based on the principles Tolstoy described in his 1862 essay The School at Yasnaya Polyana. It was the first example of a democratic education.

Also he began to publish a pedagogical magazine and had made several textbooks for elementary education. What is more, Lev is known as the author of the ABC, New ABC and Reader. 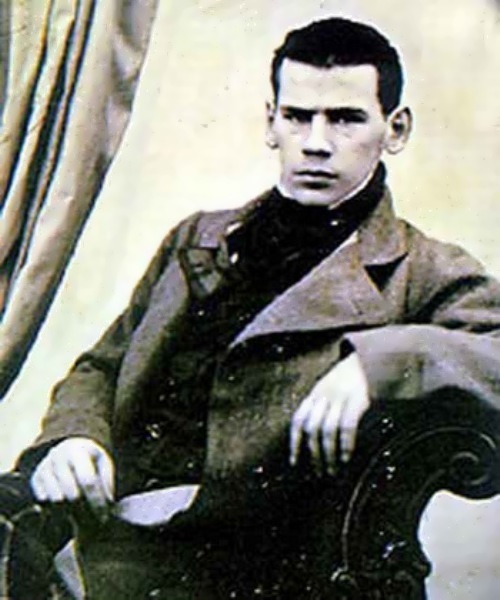 Tolstoy in his twentieth

Tolstoy met his future wife Sonya Behrs, the daughter of a court physician, when she was seventeen years old and he was thirty-four. On September 23, 1862 they got married and lived together for 48 years. Sonya gave birth to 13 children. She was not only a wife, but also a faithful and loyal friend, secretary, proof-reader and financial manager.

The great writer was interested in India and Vedic philosophy. Tolstoy’s ideas of non-resistance to evil by force were described in his work The Kingdom Of God Is Within You. It had a strong influence on young Mahatma Gandhi, who later led the nationalist movement in India and had made its peaceful separation from Britain in 1947.

To tell the truth, Tolstoy’s novel War and Peace at first was entitled 1805, then All’s Well That Ends Well and Three Eras. According to the researchers, the novel was rewritten for 8 times, and some of its episodes for more than 25 times. 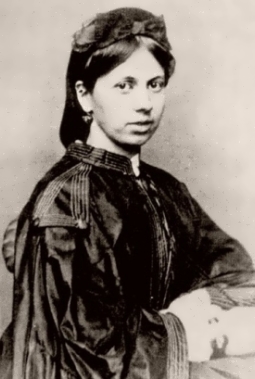 William Frey, a writer, a vegetarian and a follower of Auguste Comte, visited Tolstoy in October 1885. Since then Lev had given up meat and fish. His daughters Tatiana and Maria followed his example.
Until the end of his days Tolstoy called himself a Christian, although he was excommunicated from the Orthodox Church. Having a disagreement with the church, Lev started his own Christian doctrine, which was called Tolstoyanism. One of the followers of this doctrine was famous writer Mikhail Bulgakov, the author of the novel Master and Margarita.
Tolstoy went on a trip after the breakup with his wife and got pneumonia. The great writer died on November 7, 1910 at the age of 82. It was the first public funeral of the famous person without priests and prayers, without candles and icons. 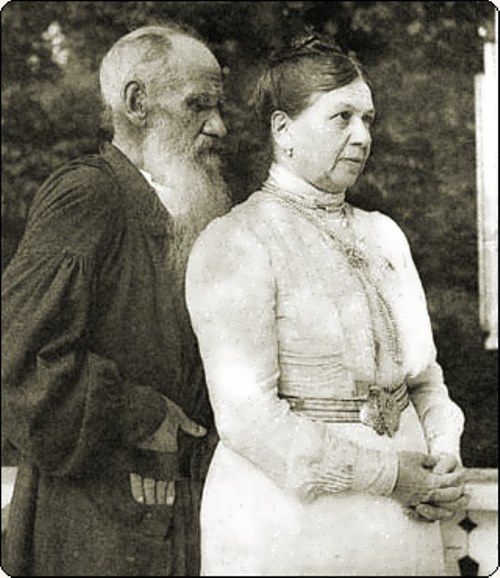 Some of Tolstoy’s Quotes:
– Everybody thinks of changing humanity and nobody thinks of changing himself.
– Everything comes to those who wait.
– All happy families resemble one another, each unhappy family is unhappy in its own way.
– Strong people are always simple.
– Respect was invented to cover the empty place where love should be.
– In the name of God, stop a moment, cease your work, look around you.
– Happiness does not depend on outward things, but on the way we see them.
– A man can live and be healthy without killing animals for food; therefore, if he eats meat, he participates in taking animal life merely for the sake of his appetite. 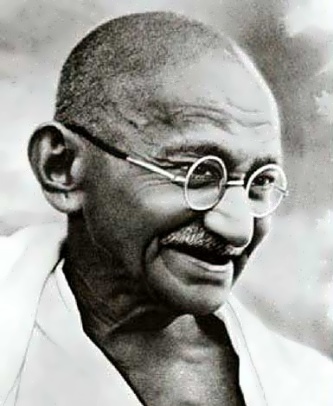 There are several films about Tolstoy: Leo Tolstoy (1984) directed by Sergei Gerasimov, How Fine, How Fresh the Roses Were (1913), Departure of a Grand Old Man (1912), and The Last Station (2009) directed by Michael Hoffman with Christopher Plummer as Tolstoy and Helen Mirren as Sofya Tolstaya.
Source: smartnews.ru 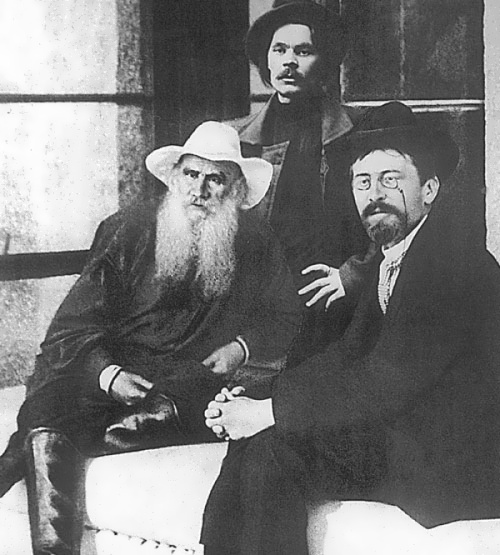 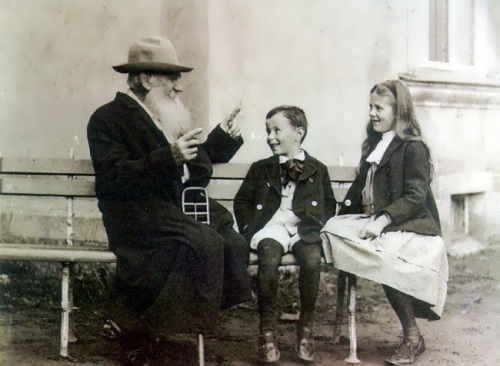 Known Lev Tolstoy with grandchildren Sonia and Ilya in Krekshino 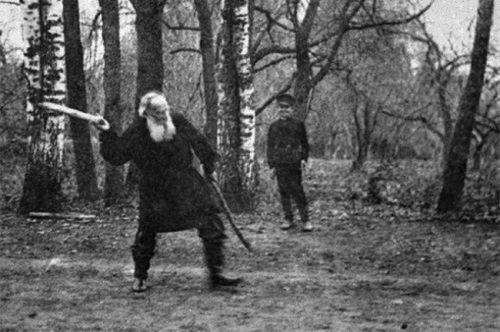 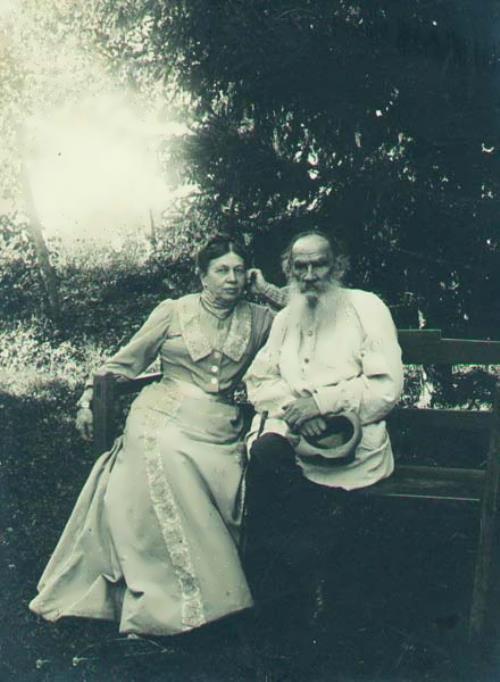 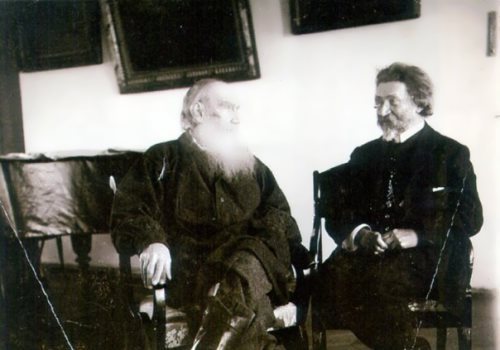 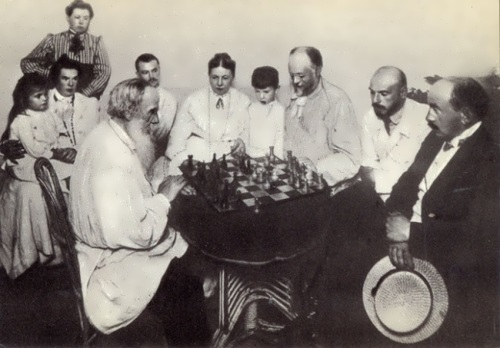 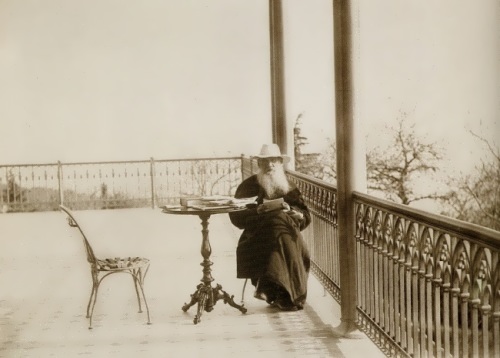 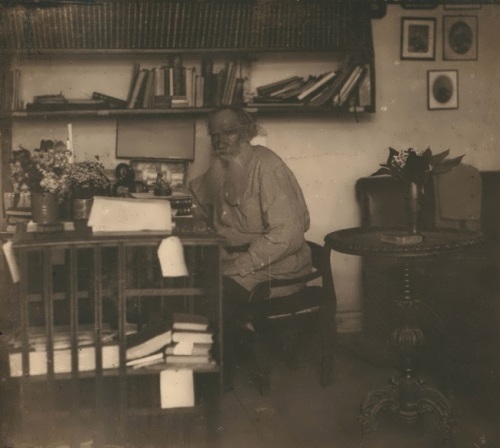 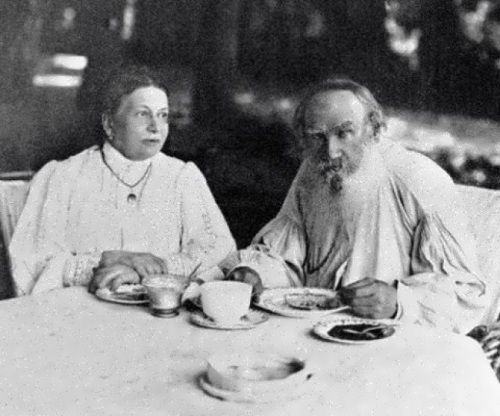 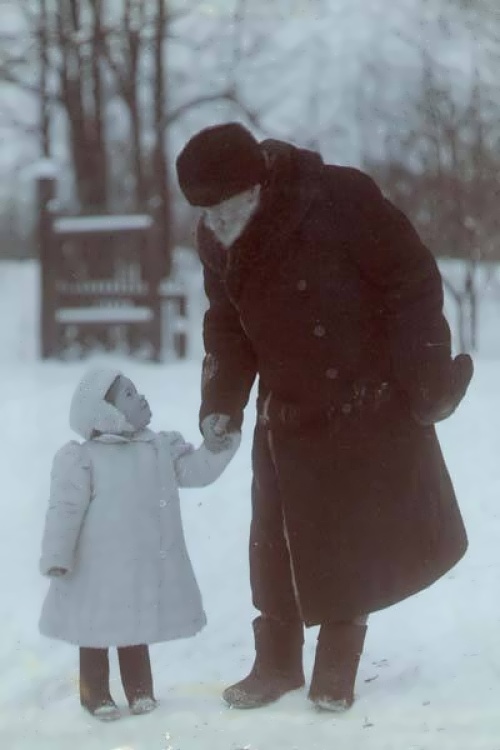 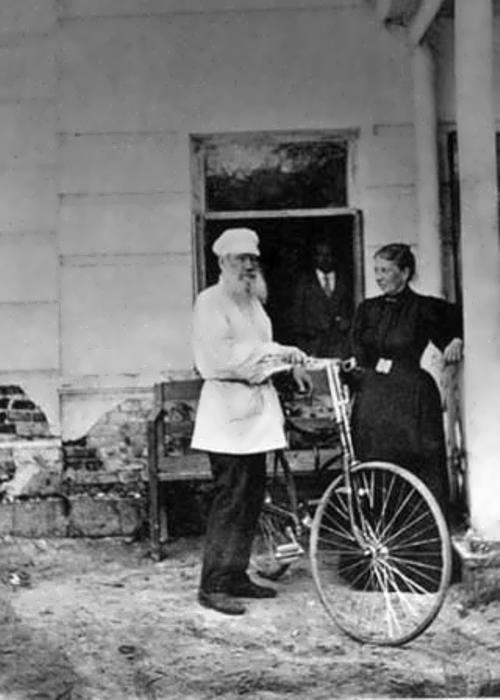 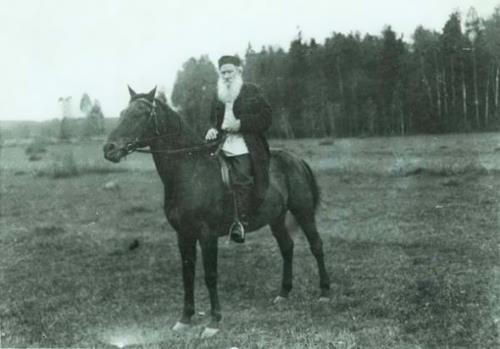 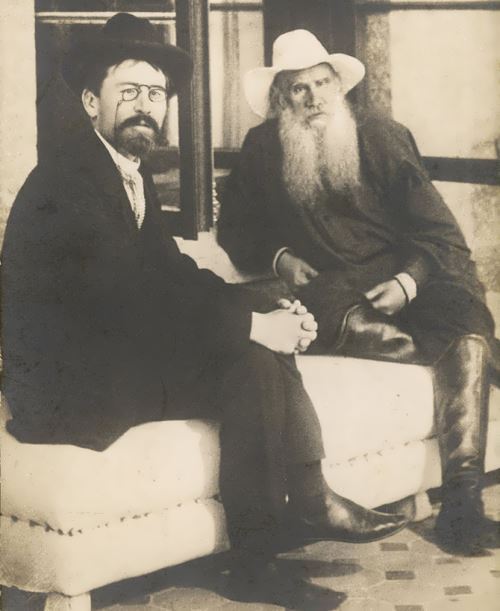 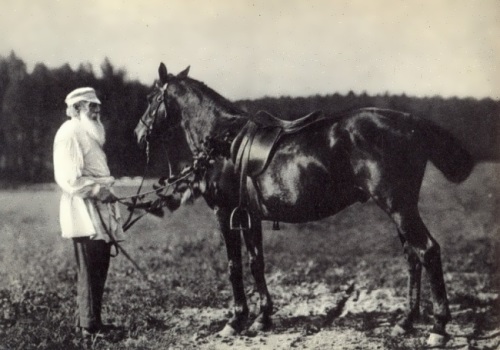 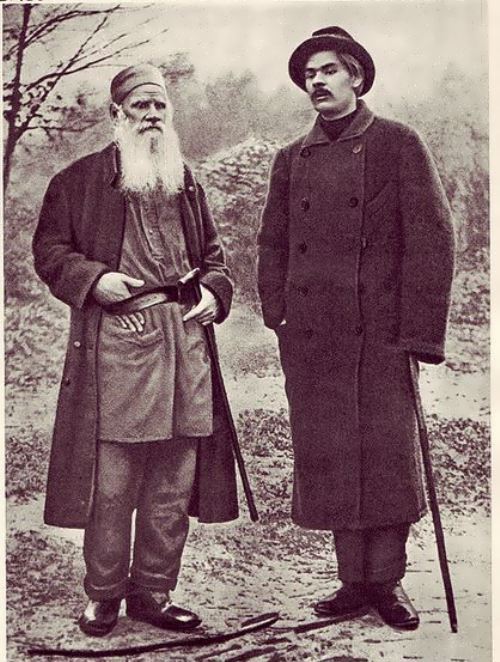 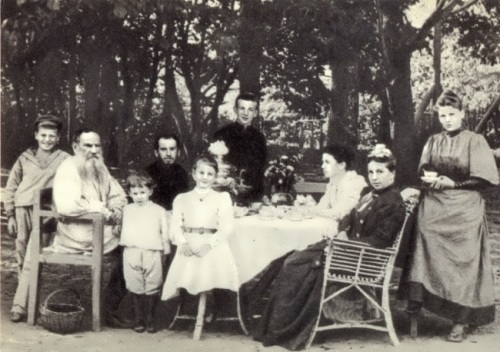 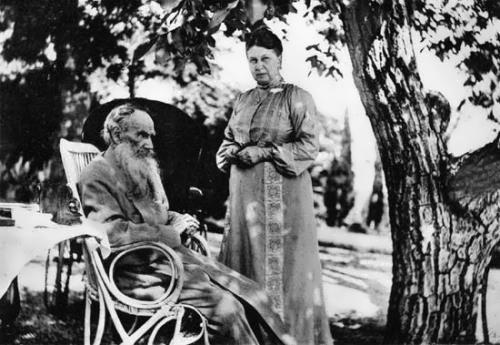 Last photo of the couple. Lev Tolstoy and his wife 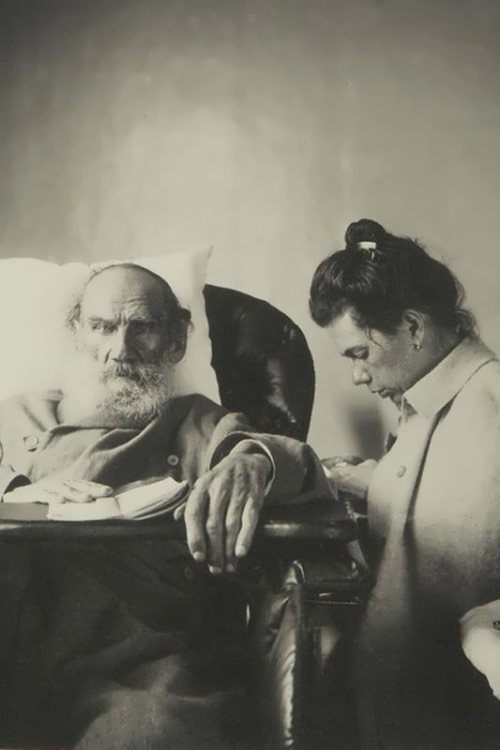 Legendary Lev Tolstoy during illness with his daughter Tatiana. 1902 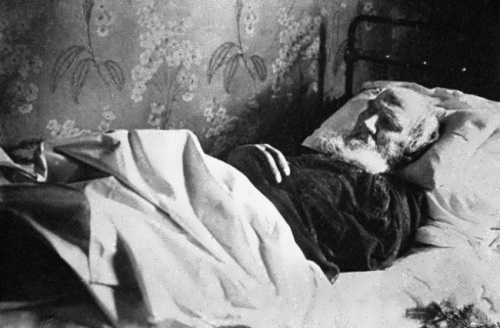 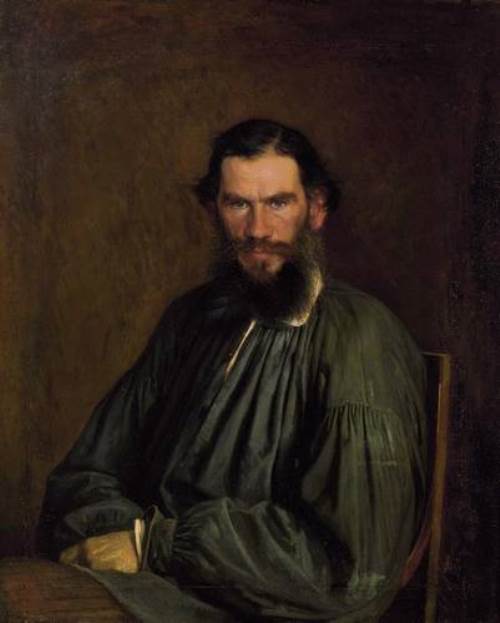 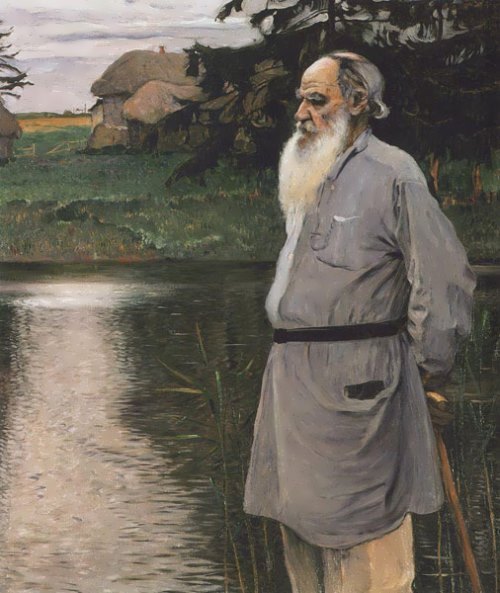 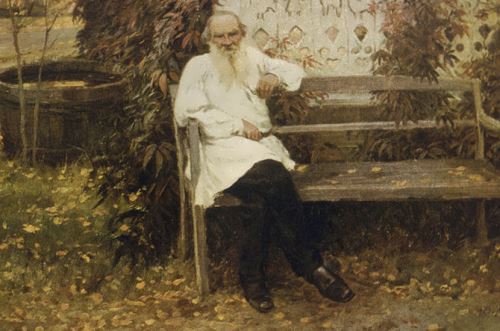 Talented Tolstoy about a year before his death 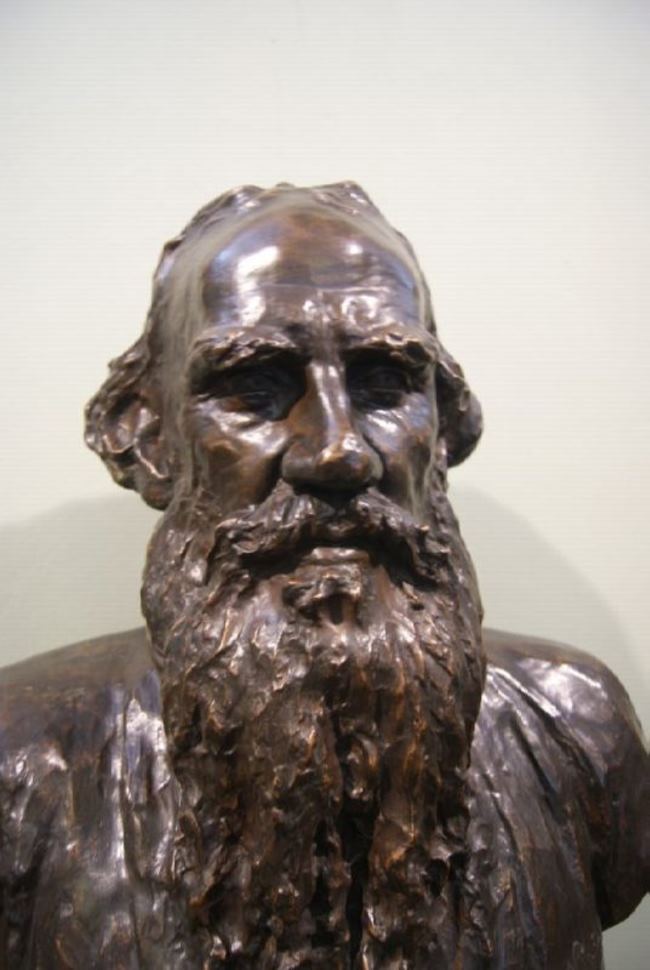