For more than 50 years, American sculptor and historian George Stuart creates wax models of historical figures. He has made four hundred sculptures of famous and infamous people of world history. His sculptures are very realistic and the artist also writes monologues about the life and times of the Historical Figures.
His works are exhibited in museums and can be found in private collections. George works in his studio located in Ojai, California.
I’d like you to look at Russian historic personalities.
If you want to meet more well-known people and learn about the history visit author’s official site: www.galleryhistoricalfigures.com. There are famous historic persons from France, China, England, Italy and America in his collection.

Stepan Razin, also known as Stenka Razin, was the leader of the uprising in 1670-1671. He became a hero of folklore, and then the main character of the first Russian film. 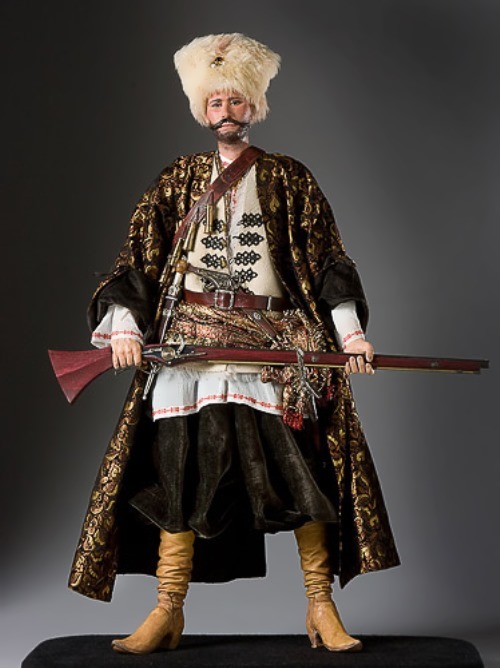 Yemelyan Pugachev was the leader of the Peasants War of 1773-1775 in Russia, known as the Pugachev’s Rebellion. 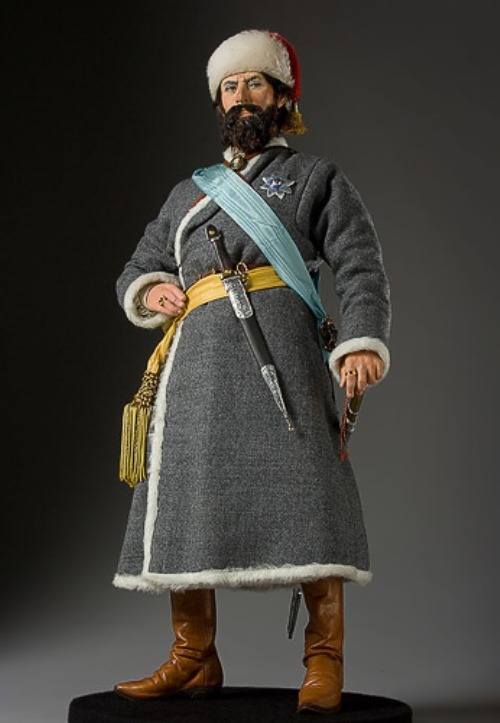 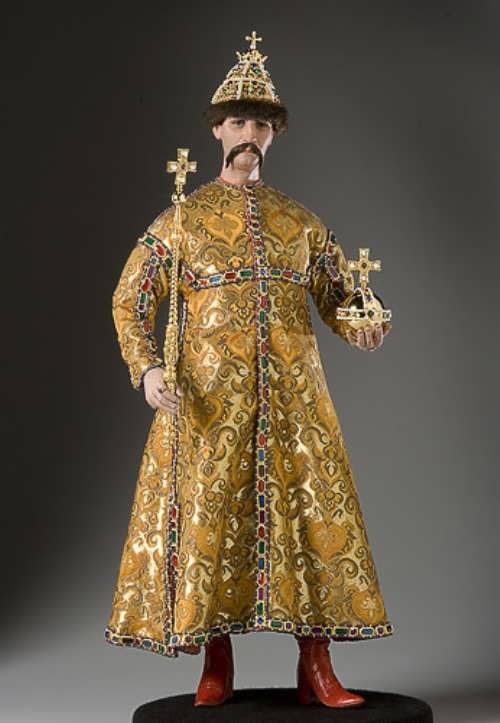 Mikhail Fedorovich Romanov (1596-1645) was the first of the Romanov Tsars. He was the son of Fyodor Nikitich Romanov (later – the Patriarch of Moscow Filaret) and Xenia Ivanovna Romanova (nee Shestova). 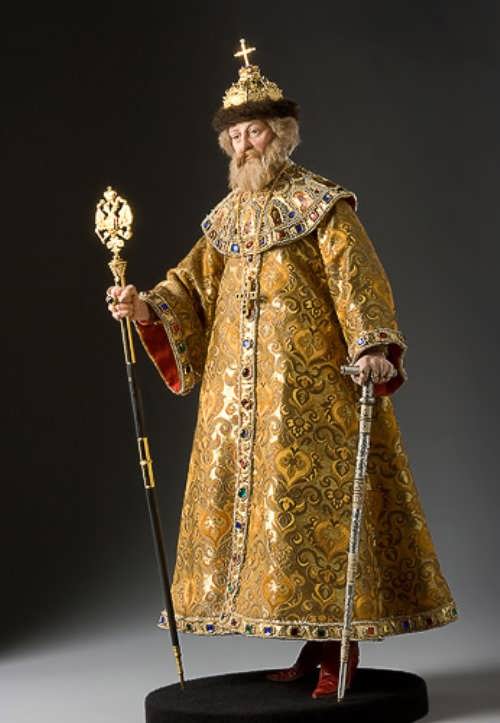 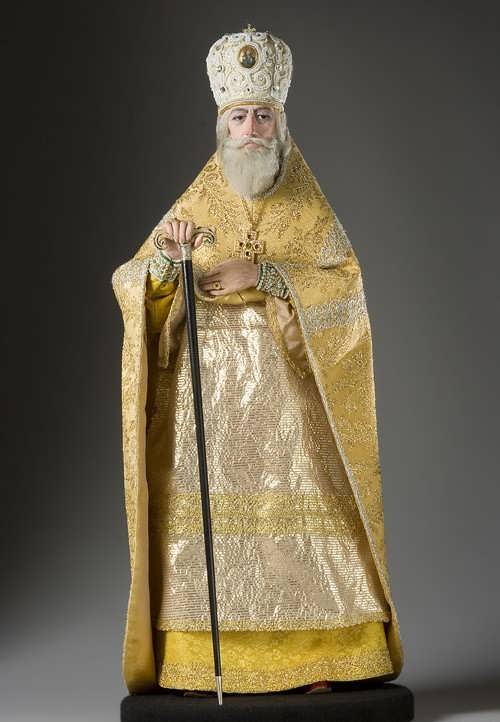 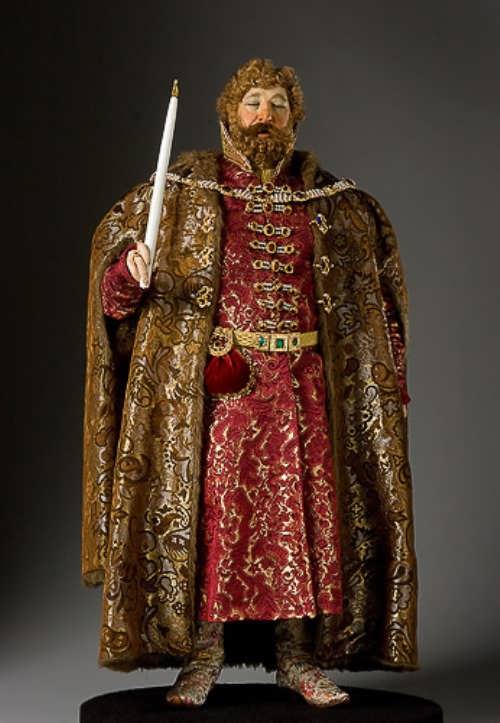 Peter I the Great was the Russian Tsar (since 1682) and the first Emperor of Russia (1721). He was one of the most eminent statesmen who determined the direction of development of Russia in XVIII century. 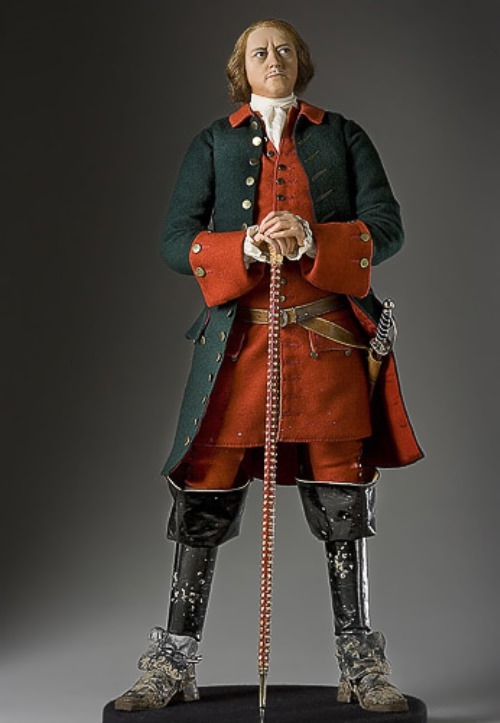 Catherine I (Martha Skavronskaya) was the Empress of Russia, the second wife of Peter I the Great, the mother of Empress Elizabeth. In her honor Peter I established the Order of St. Catherine (in 1713) and the city of Yekaterinburg in the Urals was named after her in 1723. There is Catherine Palace in Tsarskoye Selo in St. Petersburg. 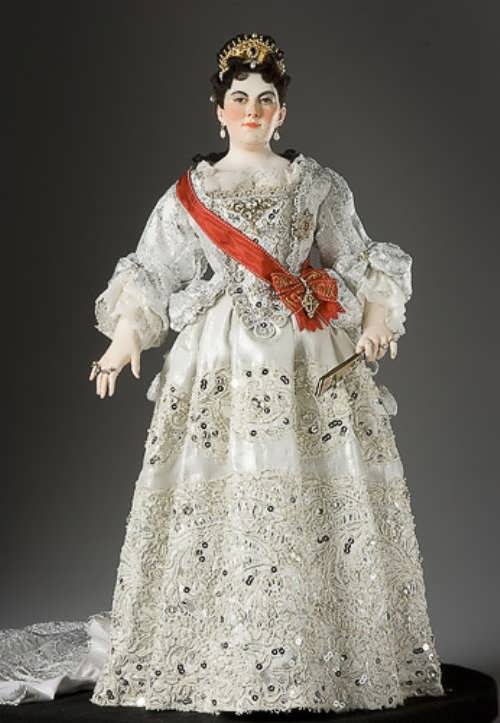 Catherine II the Great was the Empress of All Russia (1762-1796). The period of her reign is often considered the golden age of the Russian Empire. 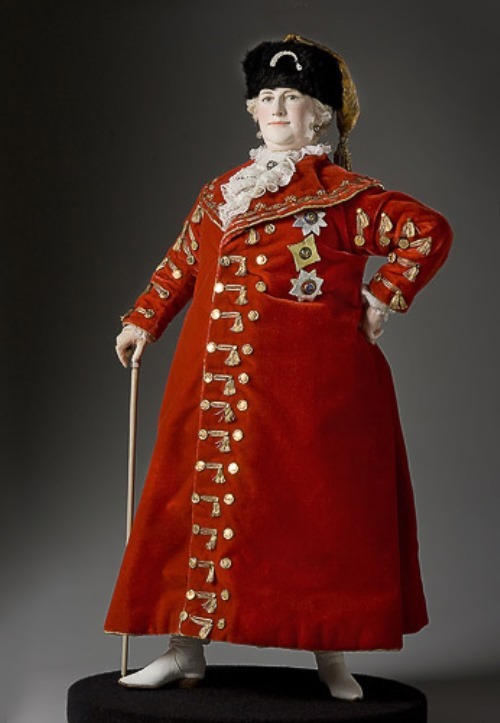 Alexander II Nikolaevich was the Emperor of Russia, King of Poland and Grand Duke of Finland (1855-1881). He entered the Russian history as Liberator (in connection with the abolition of serfdom in 1861). Alexander was killed in a terrorist attack organized by party Narodnaya Volya. 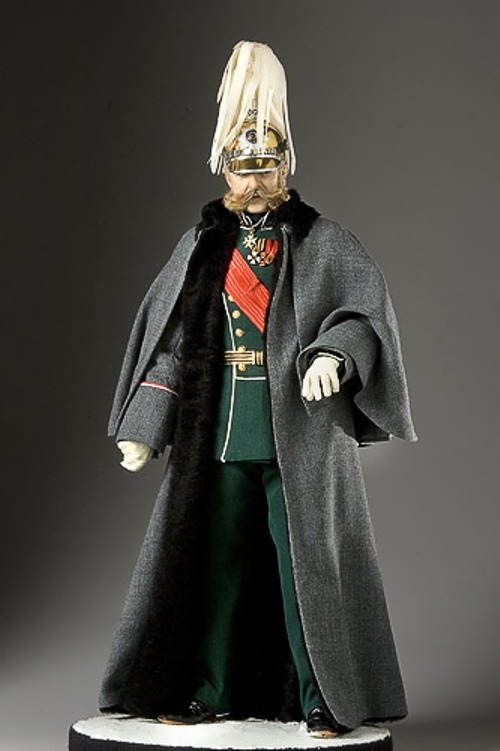 Nicholas II Alexandrovich was the last Emperor of All Russia, King of Poland and Grand Duke of Finland. Moreover, he was Admiral of the Fleet and Field Marshal of the British Army. 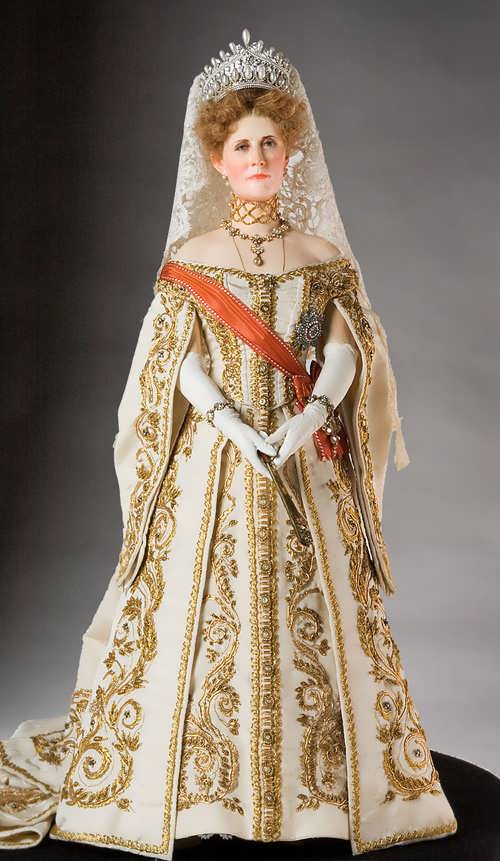 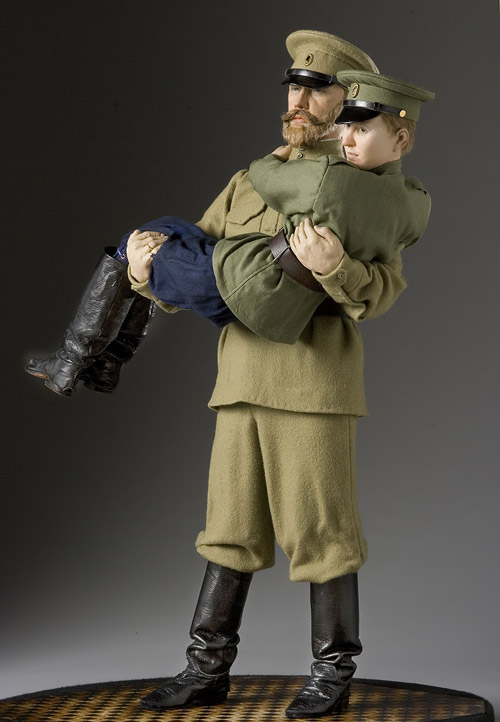 Grigori Rasputin was a peasant from village Pokrovskoe, Tobolsk province. He became worldwide famous thanks to his proximity to the family of the last Russian Emperor Nicholas II. 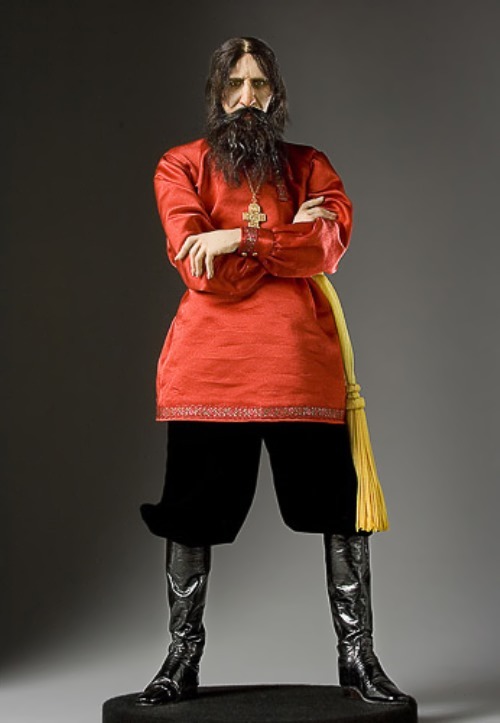 Vladimir Ilyich Lenin (real name Ulyanov) was a Russian and Soviet politician and statesman, revolutionary, founder of the Bolshevik Party. By the way, he was one of the leaders of the October Revolution (1917), philosopher, writer, founder of Marxism-Leninism, and founder of the Third (Communist) International, the founder of the Soviet Union. 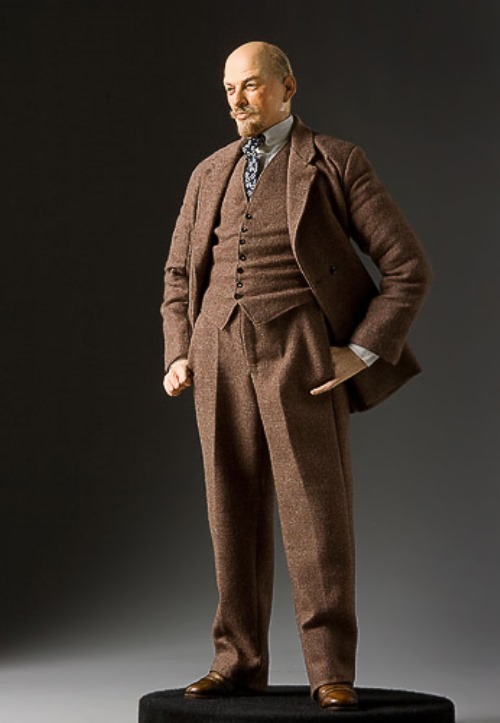 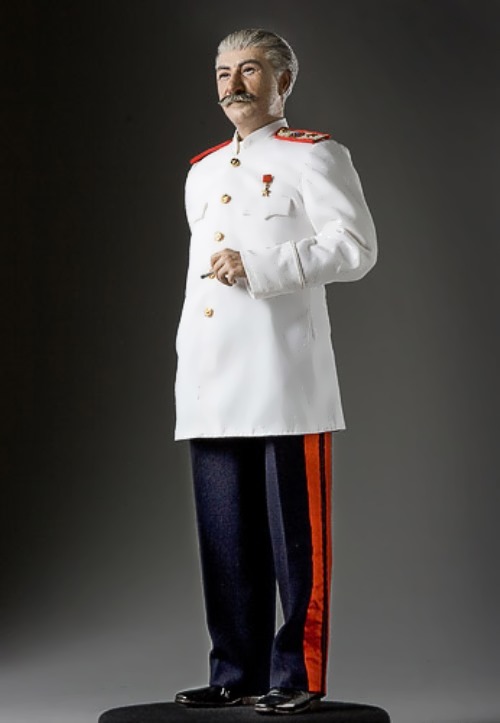