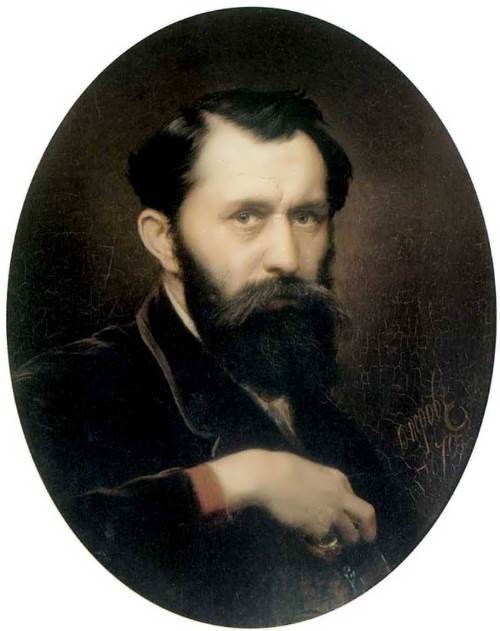 Vasily Perov was not just one of the largest artists of the second half of the XIX century. He was one of the great masters, among Pavel Fedotov, Aleksei Venetsianov, Ilya Repin, whose work marked the birth of new artistic principles, became a milestone in the history of art. You know, Perov was one of the founding members of the Association of Traveling Art Exhibitions (Peredvizhniki). In his works the artist expressed the most progressive ideas of the time.
Perov was born in Tobolsk on December 23, 1833. The parents of the future artist were provincial prosecutor Baron George (Gregory) Karlovich Kridener and A.I. Ivanova. A few years later the family moved to Arkhangelsk, and then to the family estate Suslep. In 1842 they moved to the Nizhny Novgorod province.
In his childhood Vasily became interested in art and in 1846 he entered A. V. Stupin’s art school in Arzamas. There except for copying the originals, the boy tried his hand at composing and painting from nature. In 1852, Perov came to Moscow, and the following year he entered the Moscow School of Painting, Sculpture and Architecture.
You know, in 1856, the painter received a small silver medal for Portrait of Nikolai Kridener, the artist’s brother.

In 1860 Perov moved to St. Petersburg. There he painted Sermon in a Village in 1861. The artist received a gold medal and the right to travel abroad.
In the early 1860s Perov created a series of anti-clerical paintings. The main theme was the priesthood, who forgot about the duty. The picture was removed as an “immoral” work from the exhibition of the Society for the Encouragement of Artists in St. Petersburg. It was forbidden to reproduce in print, and Pavel Tretyakov was recommended not to show it to visitors.
The artist married Elena Sheins in the fall of 1862 and in December they went abroad. Actually, the couple visited a number of cities in Germany and went to Paris. Vasily spent a lot of time in the poor quarters of Paris. Also he attended festivities and fairs.
There he painted several pictures depicting scenes of street life (The Seller of Figurines, Savoyar, Beggars on the Boulevard, and others). But he soon became convinced that his native Russian life was closer to him. Therefore, with the permission of the Academy, the artist returned to Russia before the end of the term.
The main goal of the trip abroad, according to his own words, was the improvement of the technical side. This trip was a wonderful opportunity to get new impressions and met the masters.
The artist spent the rest of his life in Moscow. Together with the group of artists Perov founded the Society of Peredvizhniki in 1869. Their first exhibition was opened in St. Petersburg in 1871. 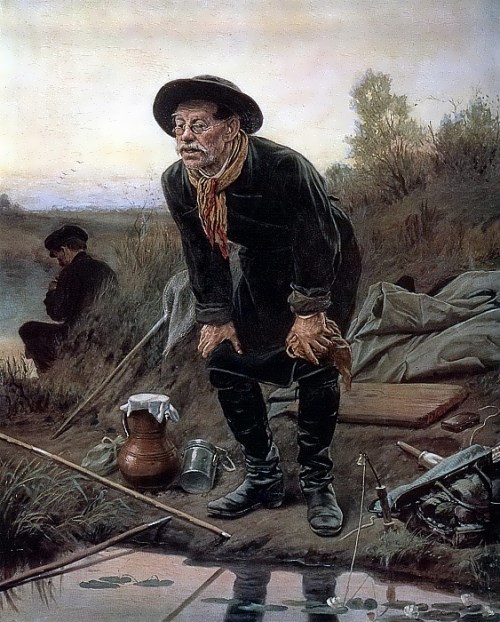 In the second half of the 1860s, Perov created the best genre works, in which he criticized society. The artist showed the theme of child labor in the painting Troika. By the way, it is the largest genre painting by Perov and at the same time the most emotional one. For this picture the artist was awarded the title of academician in 1866 and four years later he became a professor. Besides, Pavel Tretyakov bought the picture.
Elizaveta Druganova became the wife of Perov in 1872.
In 1873 his pictures The Angler and The Hunters Take a Break were presented at the World Exhibition in Vienna.
At the end of the creative path Perov turned to Russian history. He chose the theme of the religious schism of the 17th century, which arose as a result of the church reforms of Patriarch Nikon. In addition, at that time he was fascinated by portrait painting.
Also the artist worked in Nature and Hunting magazine. His short stories were published in Art Magazine.
The painter died of consumption in a small hospital near Moscow on May 29, 1882.
You know, his son Vladimir Perov was also an artist. 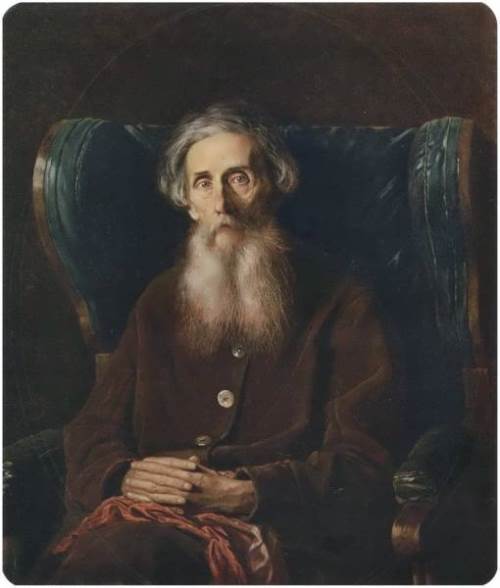 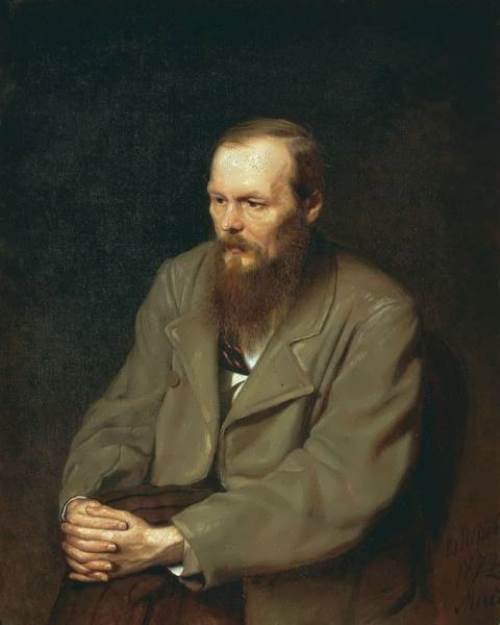 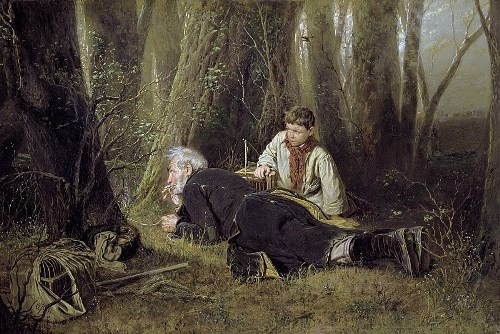 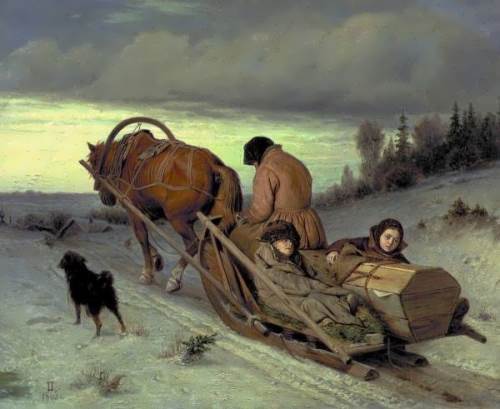 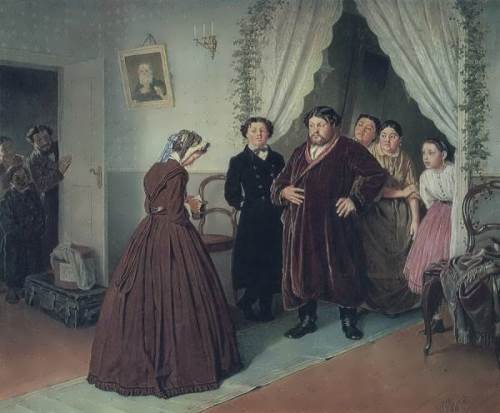 The Arrival of a Governess at a Merchant’s Home, 1866 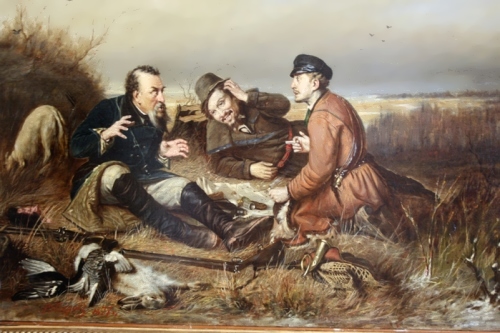 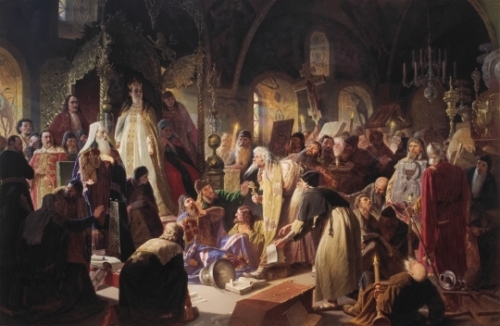 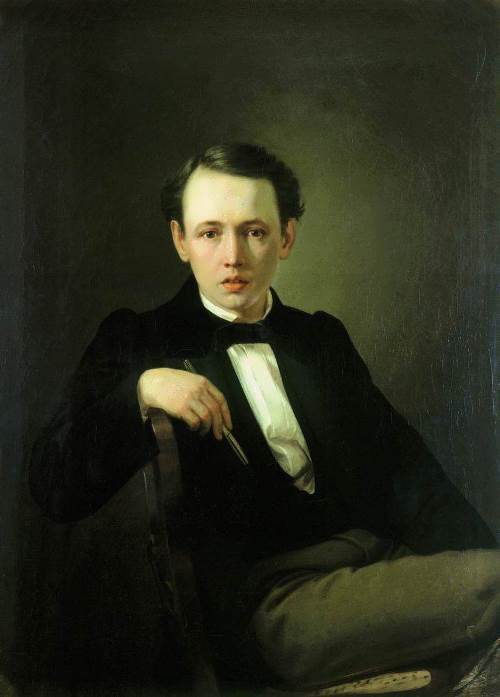 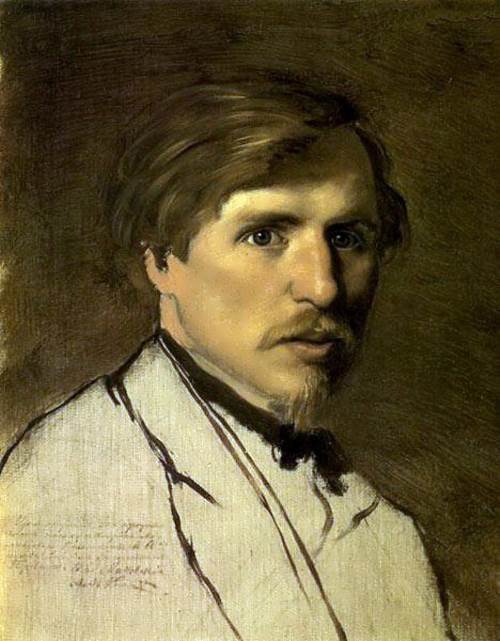 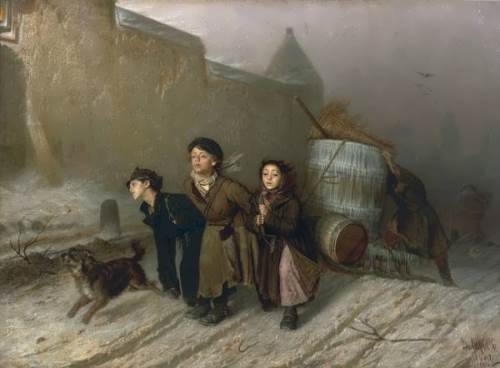 Troika, 1866. Perov spoke out against the inhuman exploitation of child labor 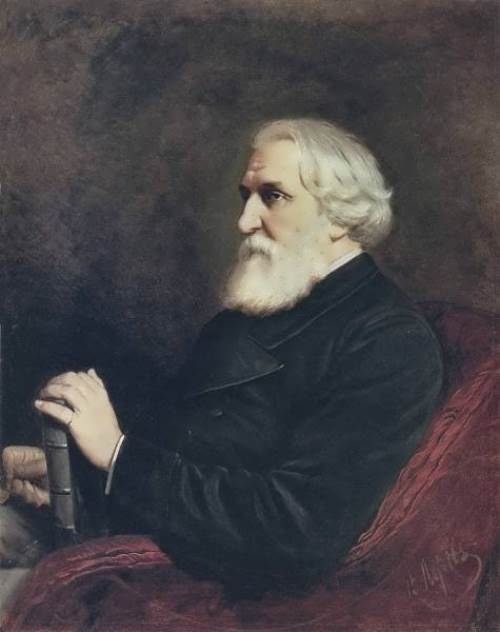 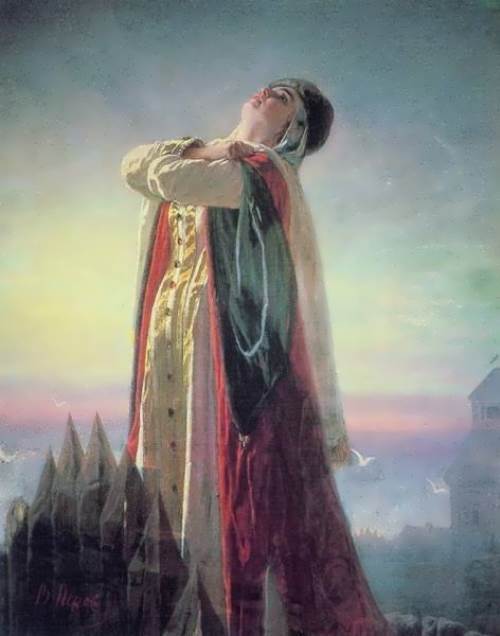