Patriarchs of Moscow and All Russia 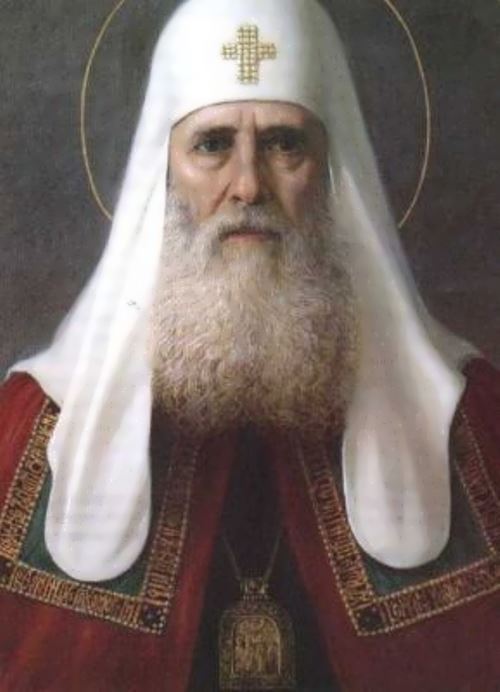 Patriarch of Moscow and All Russia is the official title of the primate of the Russian Orthodox Church.
The first Patriarch of Moscow and All Russia St. Job’s (1589-1605) main purpose was to strengthen the Orthodox Faith in Russia. At the initiative of the Patriarch a number of reforms were held in the Russian Church: new dioceses were established, dozens of monasteries were founded, liturgical books were published. In 1605, he refused to swear allegiance to Falsdmitry and was deposed by rebels.

Holy Martyr Hermogenes (1606-1612) was a Patriarch at the difficult period in Russian history – the Time of Troubles. He openly spoke out against the foreign invaders, against the Polish Prince on the Russian throne. During the famine, which began in Moscow, Patriarch gave the order to open monastic barns for the hungry. During the siege of Moscow by Minin and Pozharsky’s troops, St. Hermogenes was deposed by the Poles and imprisoned in Chudov Monastery, where he died of hunger and thirst. 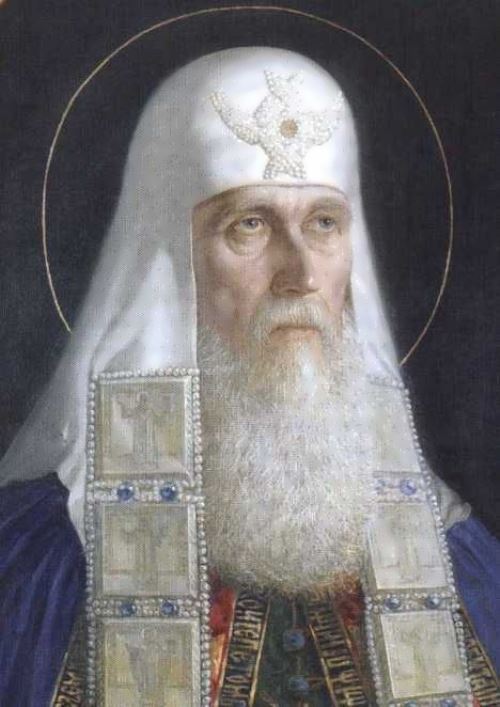 Fedor Nikitich Romanov-Yursky, after the death of Tsar Fyodor, was one of the legitimate contenders for the Russian throne, because he was the nephew of Ivan the Terrible. But he fell into disgrace and was tonsured a monk with the name Filaret (Philaret). In the Time of Troubles False Dmitry II captured Metropolitan Filaret and he stayed imprisoned until 1619. In 1613, Zemsky Sobor elected Mikhail Romanov, Metropolitan Filaret’s son, ruler of the Russian kingdom. Patriarch Filaret (1619-1633) became a close advisor and de facto co-ruler of Tsar Mikhail. 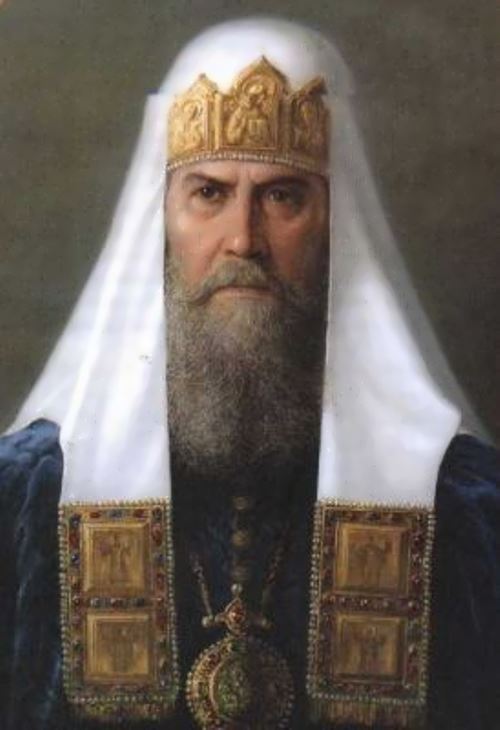 Patriarch Filaret appointed Archbishop of Pskov Joasaphus (1634-1640) as his successor. Patriarch Joasaphus I did a great job correcting the liturgical books, 23 books were released for the six years of his reign, many of which were published for the first time. During his short reign, three monasteries were founded and five were restored. 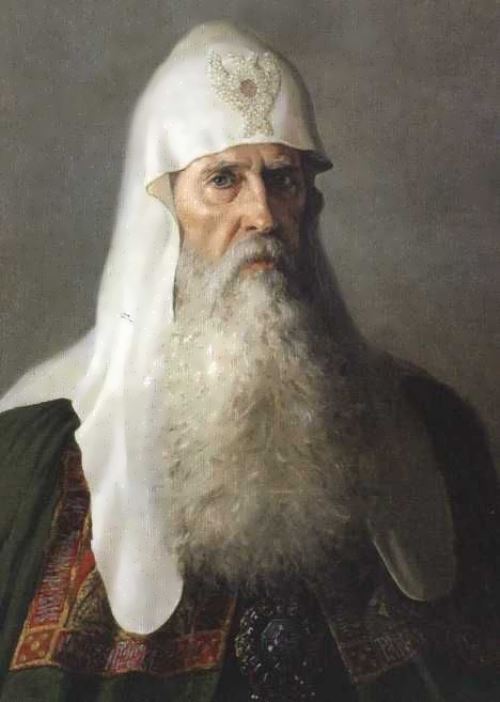 Patriarch Joseph (1642-1652) paid great attention to spiritual enlightenment. A religious school in St. Andrew monastery – Rtishchevsky Brotherhood was founded in 1648 in Moscow with his blessing. Thanks to the Patriarch Joseph it was possible to take the first steps towards the reunification of Ukraine and Russia. 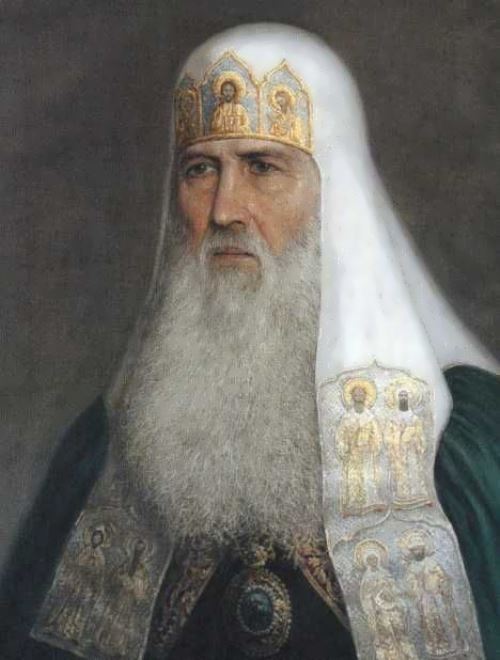 Patriarch Nikon (1652-1666) was an ascetic, spiritual person with extensive knowledge. With the active assistance of Patriarch Nikon, historic reunification of Ukraine and Russia, and then Belarus, took place in 1654. Patriarch Nikon distinguished himself as a church reformer: two-finger sign of the cross was replaced with three-finger one, liturgical books were corrected. 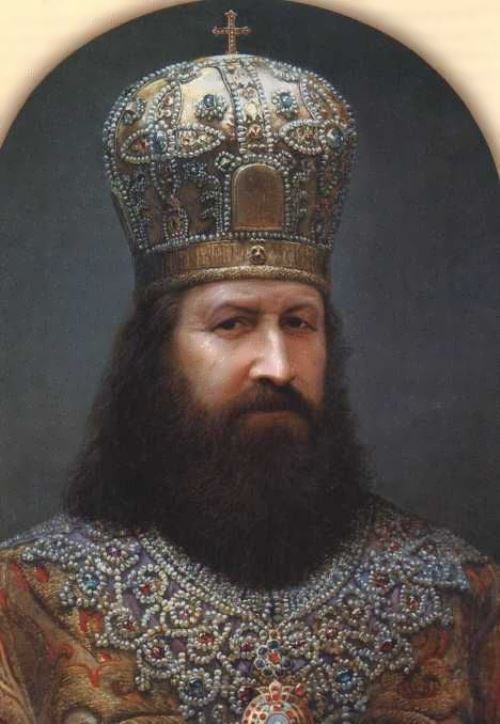 Archimandrite of the Trinity-Sergius Lavra Joasaphus (1667-1672) was elected the seventh Patriarch of All Russia. He eagered to realize and approve reforms of Patriarch Nikon in his activities. He continued correction and publication of liturgical books. Peoples in the northeastern outskirts of Russia, on the Amur River, on the border with China were enlightened; Spassky Monastery was founded. 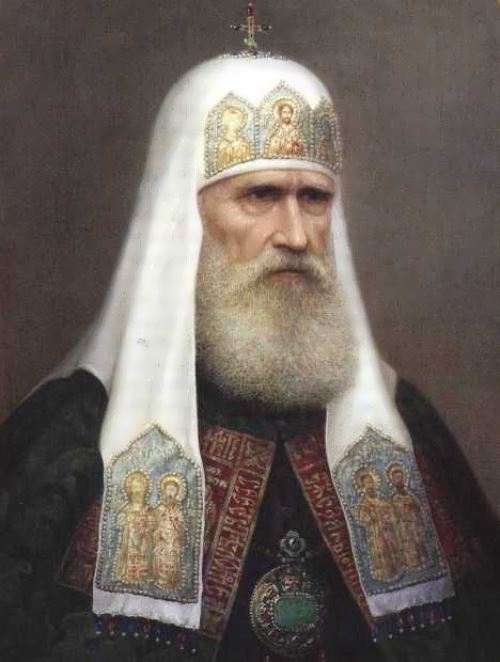 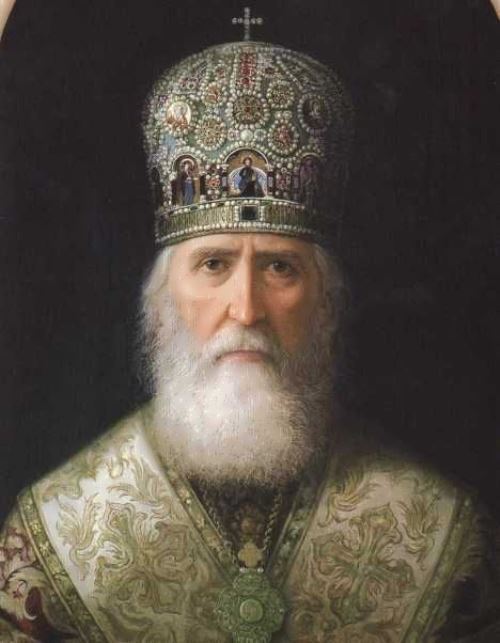 Patriarch Joachim (1674-1690) ruled during difficult years for the state and Church. His efforts were directed to fighting against foreign influence on Russian society. Patriarch Joachim acted as mediator between the opposing sides during the Troubles occurred in the matter of succession to the throne in 1682 and took steps to stop the Streltsy Uprising. 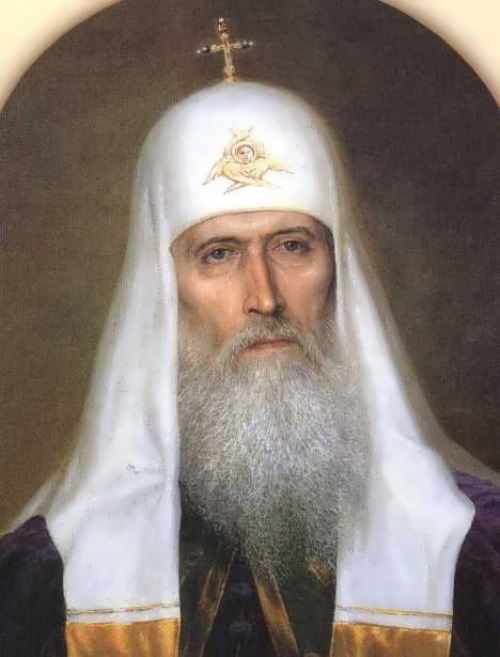 Patriarch Adrian (1690-1700) was the 10th, the last Patriarch of Moscow and All Rus in before Synodal period. His activities mainly related to observance of canons of the Church and protection from heresy. Patriarch Adrian supported important initiatives of Peter I: fleet building, military and socioeconomic transformations. 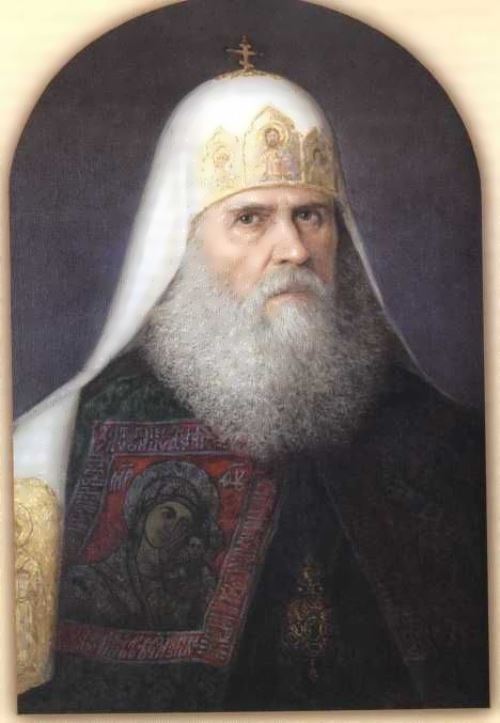 After 200 years of the Synodal period (1721-1917) All-Russian Local Council of the Russian Orthodox Church restored Patriarchate. Metropolitan of Moscow and Kolomna Tikhon (1917-1925) was elected Patriarch. He had to deal with the new state system hostile towards the Church in the conditions of revolution, civil war and general chaos. 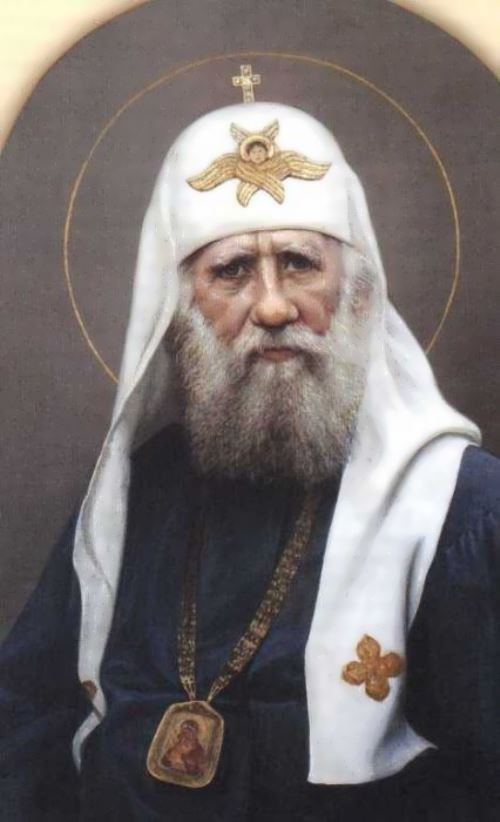 Metropolitan of Moscow and Kolomna Tikhon 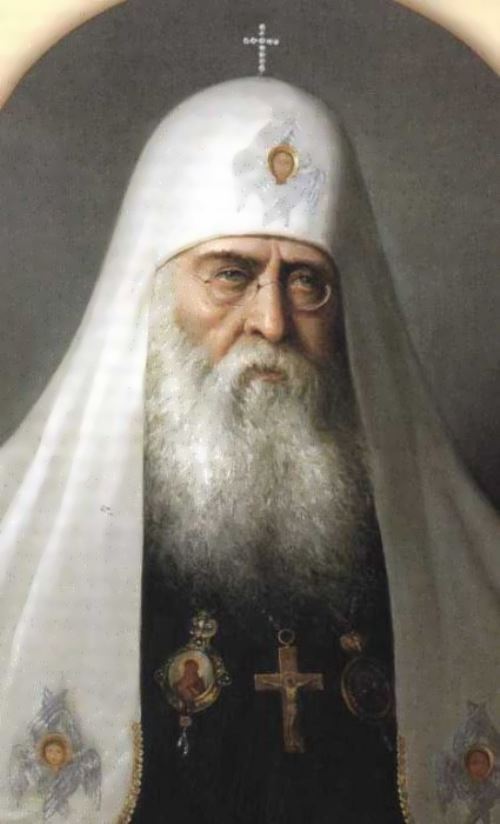 Patriarch Alexy I (1945-1970) was elected to the Patriarchal throne in February 1945. His presiding coincided with the end of World War II and the follow-up was associated with the restoration of temples destroyed during the war, the restoration of relations with the Orthodox sister Churches, was the beginning of contacts with the Roman Catholic Church. He set the active connection with the ancient Churches of the East, as well as with the Protestant world. 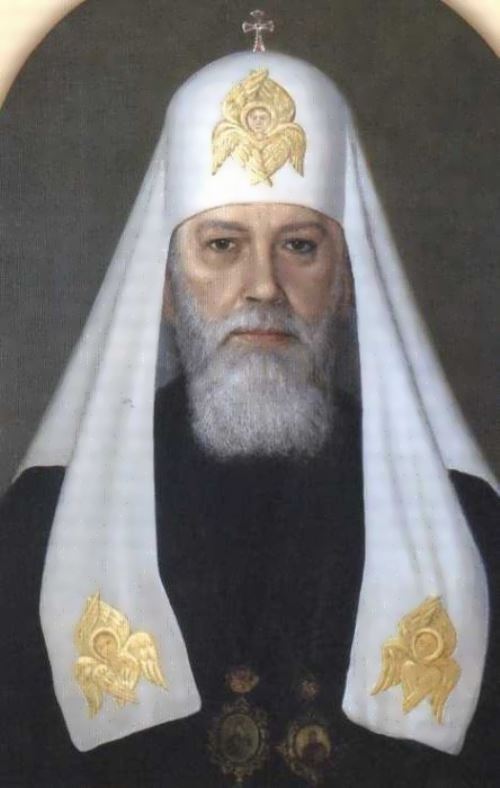 One of the most important aspects of the activities of Patriarch Pimen (1971-1990) was to strengthen relations between the Orthodox Churches of different countries, the development of inter-Orthodox relations. In June 1988, Patriarch Pimen led the celebrations dedicated to the Millennium of the Baptism of Russia, and the Local Council of the Russian Orthodox Church. 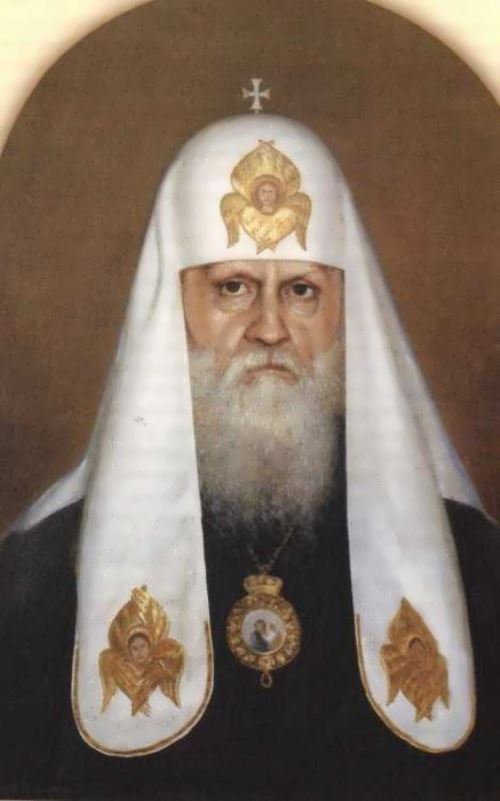 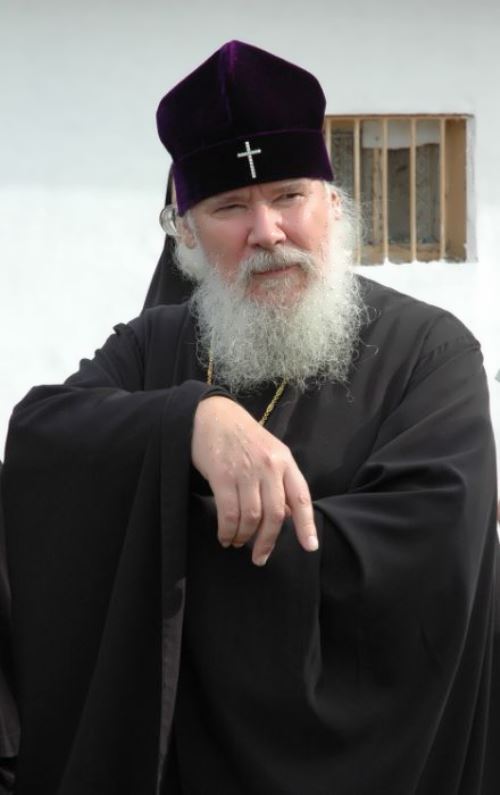 On January 27, 2009 at the Local Council of the Russian Orthodox Church, Metropolitan Kirill was elected the 16th Patriarch of Moscow and All Russia. 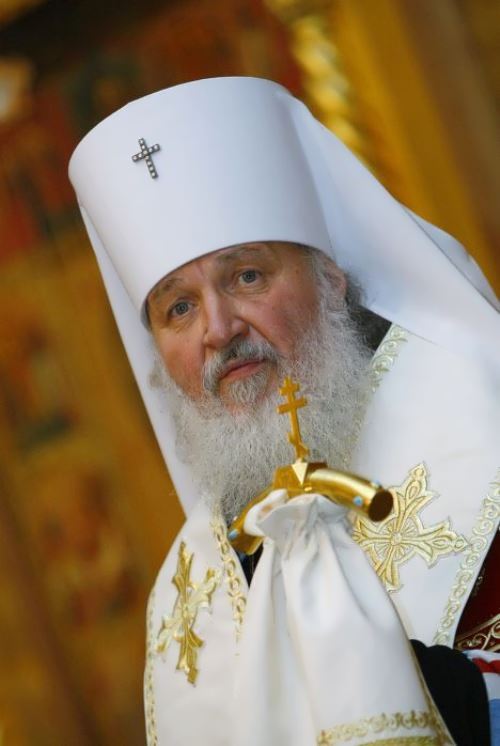