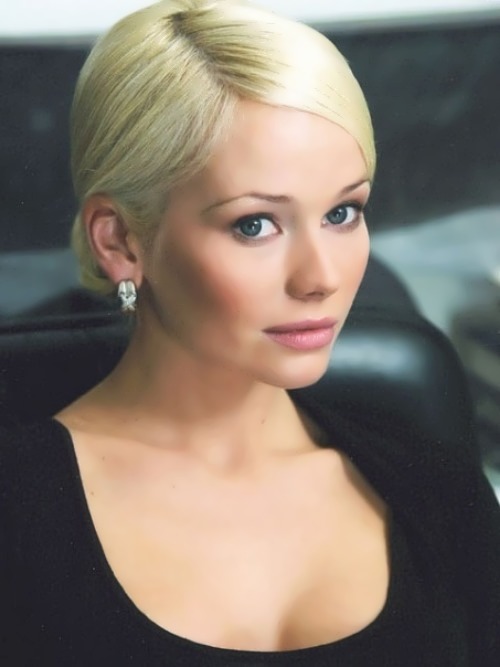 Beautiful blonde Elena Korikova is a Russian actress.
She was born on April 12, 1972 in Siberian city Tobolsk. But then her family moved to Rostov, where the young girl joined the Drama theater. You know, the mother of the girl, Tatyana Korikova, was a ballerina.
At the age of 17 Lena went to conquer Moscow, where she successfully passed the entrance exam and entered the Moscow Institute of Cinematography. Her debut role was in a fairy tale Ha-bi-aces directed by Anatoly Mateshko, where she starred together with Vladimir Mashkov. Later Valeria Akhadova invited the actress to her melodramatic film I Promised I Would Leave.
Her role in the film Mistress into Maid by Alexei Sakharov was one of the brightest. For this role, Elena was awarded a prize at the film festival Kinoshock and the Nika Award for Best Actress.
Elena played the role of Tanya in the drama Mu-Mu by Yuri Grymov.
Korikova can be seen in music videos for songs of many Russian stars, including Alla Pugacheva, Philip Kirkorov, Dmitry Malikov, Valery Leontiev, Leonid Agutin and Igor Krutoi.

In the second half of the 90s, Elena together with the band Pop-Mechanics recorded Children’s Album. 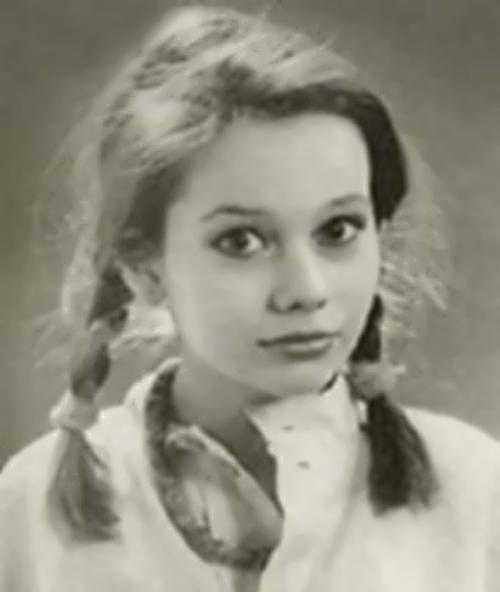 Pretty Elena Korikova in her childhood

In late 90s Korikova, her husband Maxim and son Arseny moved to America, where they stayed for few years. In the USA Elena tried her hand in modelling and acting. Soon they came back to Russia. Korikova immediately received an invitation to join the Contemporary Theater, where she worked for three years but left it in 2004.
The actress became popular after her role in the TV series Poor Nastia (Bednaya Nastya). She played serf actress Anna Platonova, who was fighting for her right to be happy.
In 2005, Korikova was titled the second sexiest woman of Russia.
In 2008, the actress took part in the recording of the song Bad girl by the group Vintage.
Moreover, Korikova participated in numerous television projects, for example, in the TV show Two Stars, Circus with the Stars and Dancing with the Stars. Besides, she was a TV presenter of the TV show Fort Boyard in 2006.
In 2014, the actress began acting in the melodramatic series My Mom Is Against and Threads Of Love, she played in the multi-series drama Neformat. After this, a long break took place in the television career of the actress.

Personal life
Dmitry Roschin, the son of the actress Ekaterina Vasilieva and playwright Mikhail Roschin, was Elena’s classmate at the Institute of Cinematography. When Elena found out that she was pregnant, Dmitry immediately made a marriage proposal to her. However, Ekaterina Vasilyeva didn’t like the girl and was against the wedding. So Dmitry didn’t marry Korikova. Now he works in the church and doesn’t communicate with his own son Arseny. 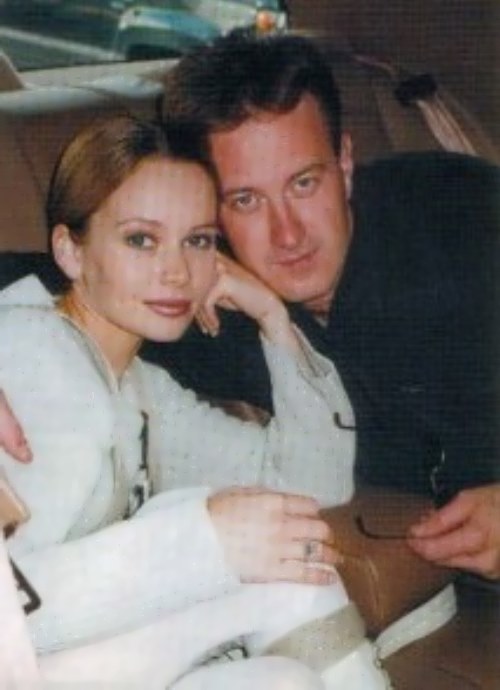 Elena and her son starred together in the film Captain’s Children in 2006. 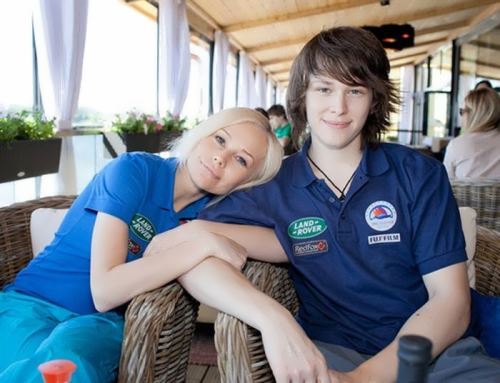 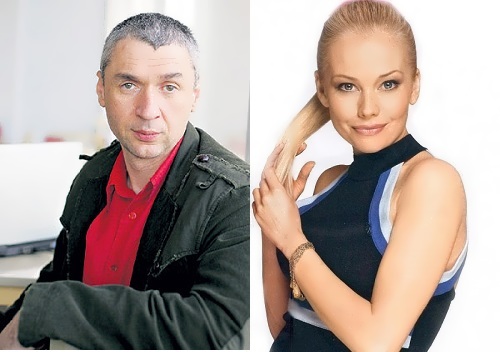 During the filming of the music video for Dmitry Malikov’s song Golden Dawn Korikova met cameraman and director Maxim Osadchiy. Maxim became her husband and the father for her son. But the couple broke up. 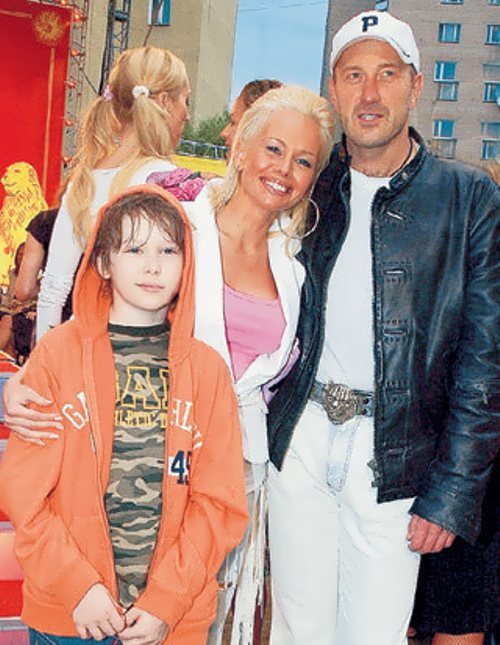 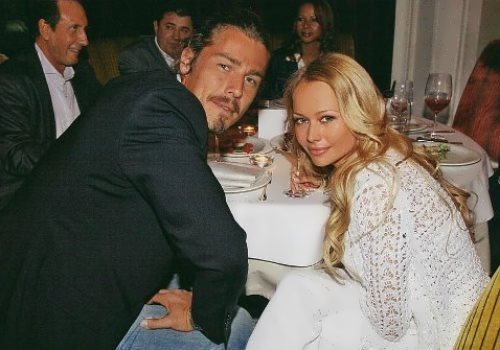 In 2013, Russian actor Sergei Astakhov and Elena were together, but the couple broke up.
Then Korikova was often seen in the company of Sergei Chernykh, a famous director and producer.
Her fan page Vkontakte: vk.com/elena_korikova_vk 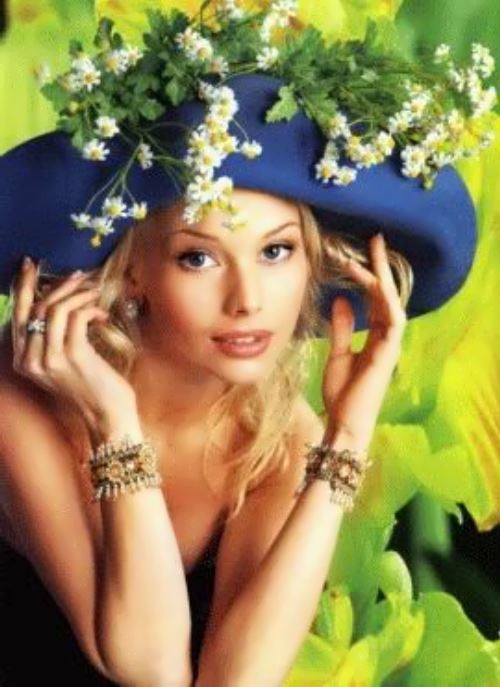 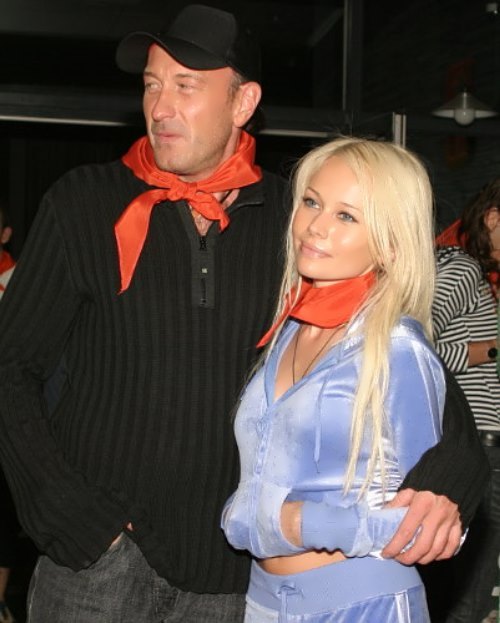 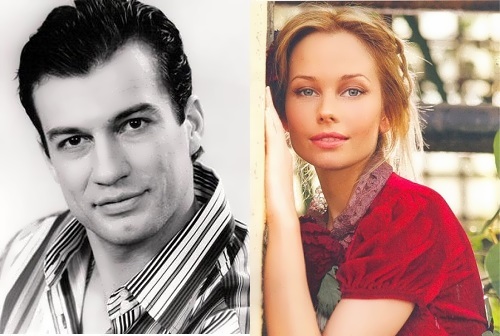 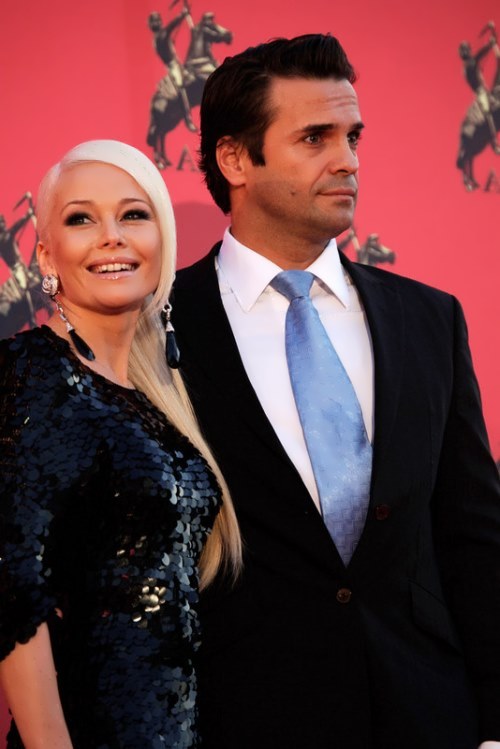 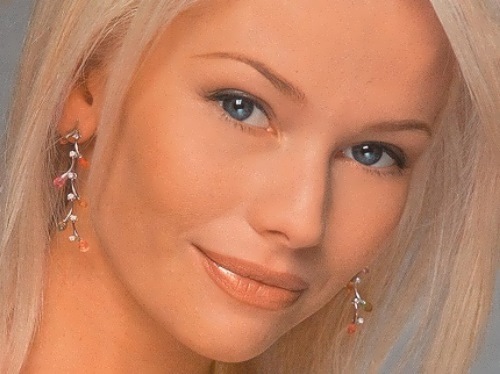 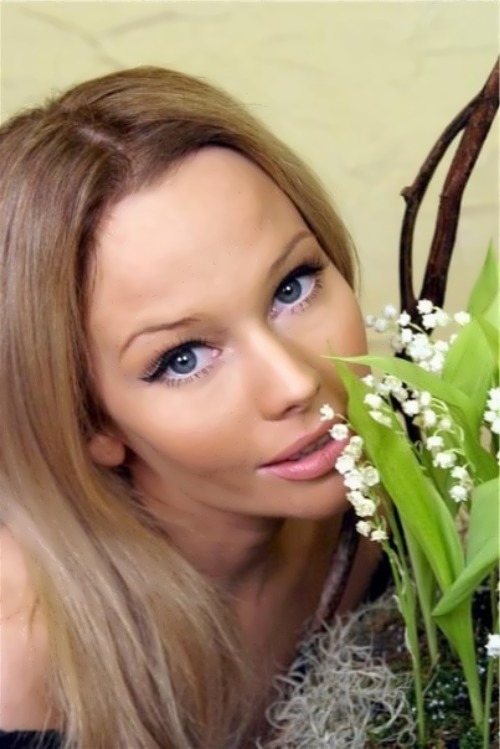 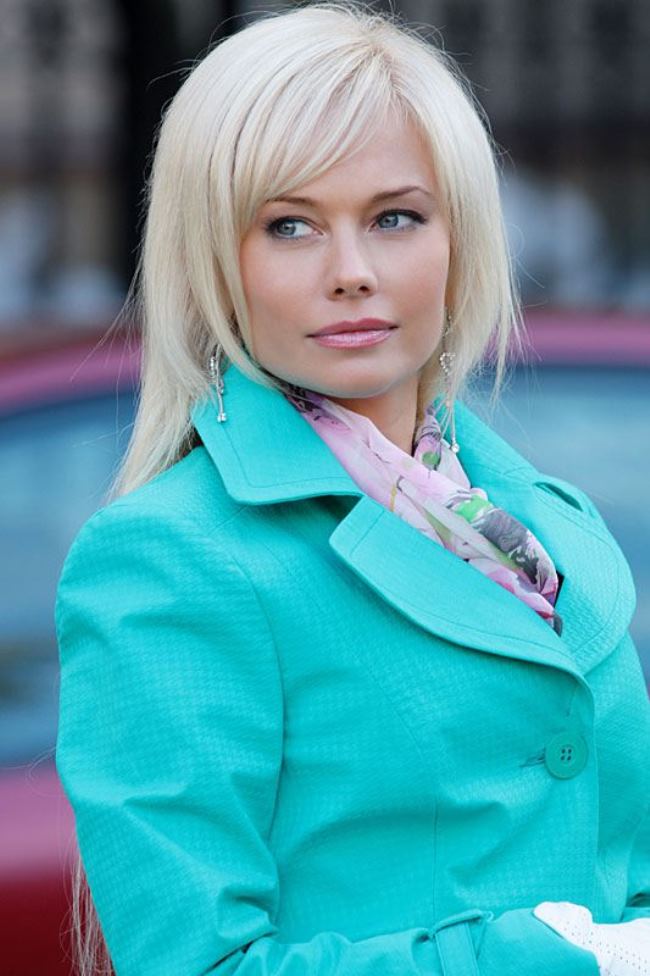 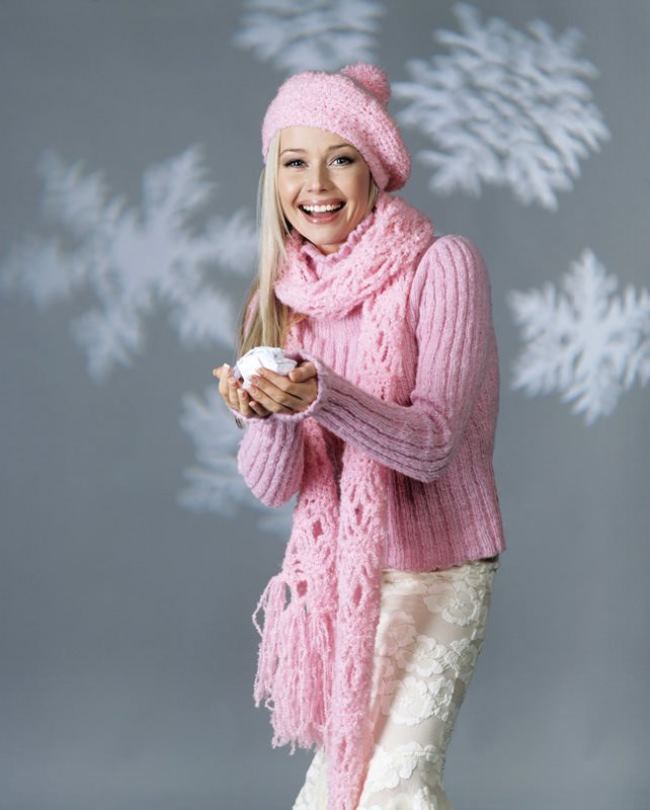 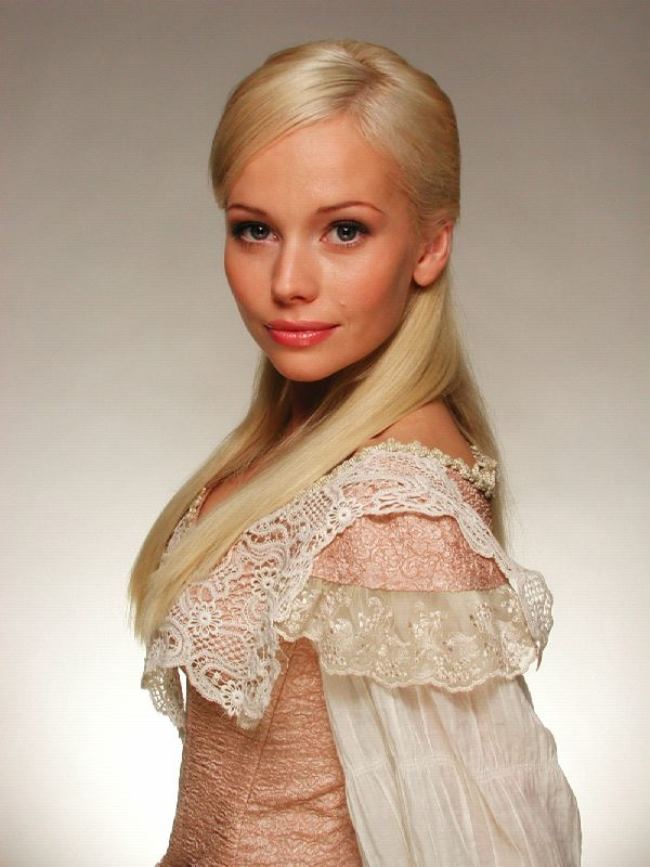 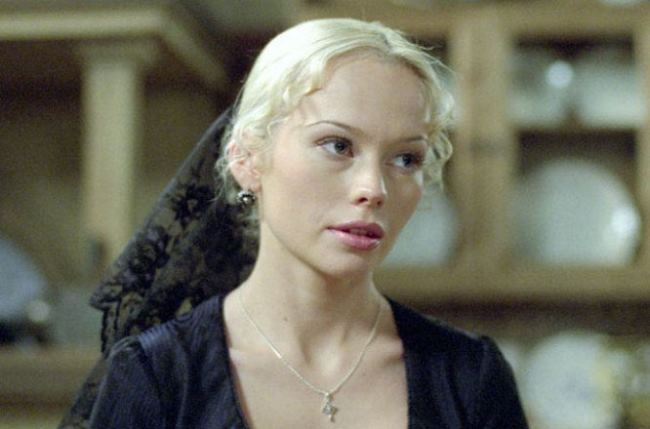 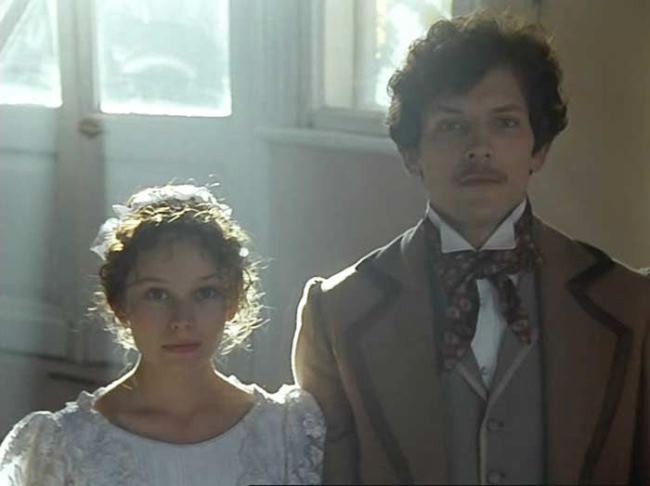 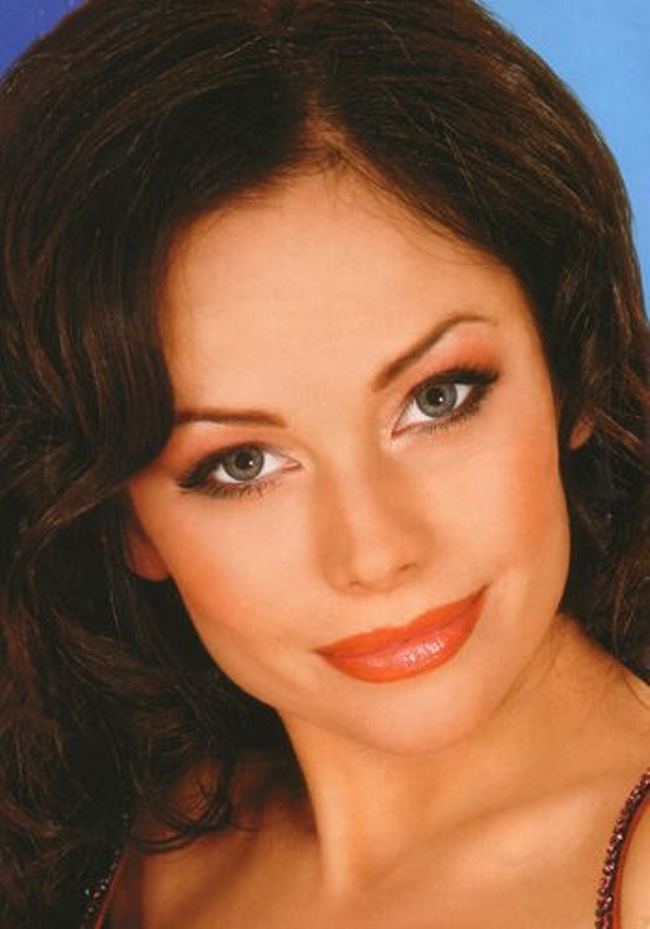 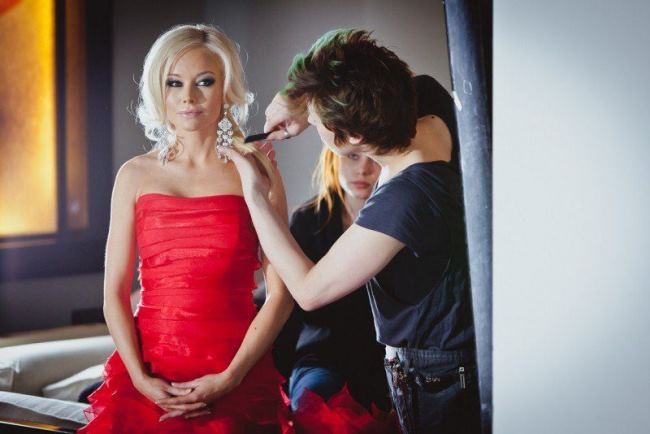 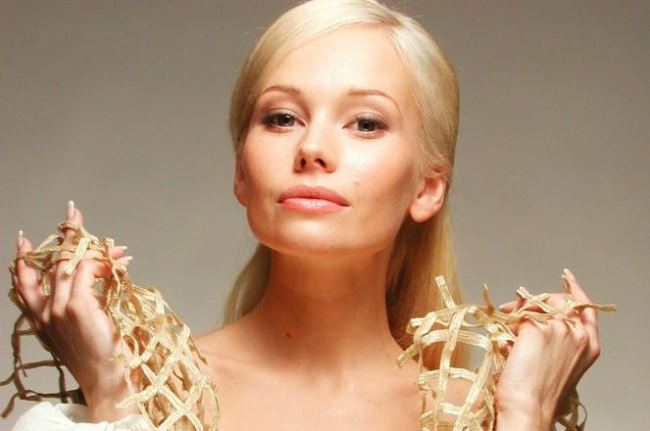 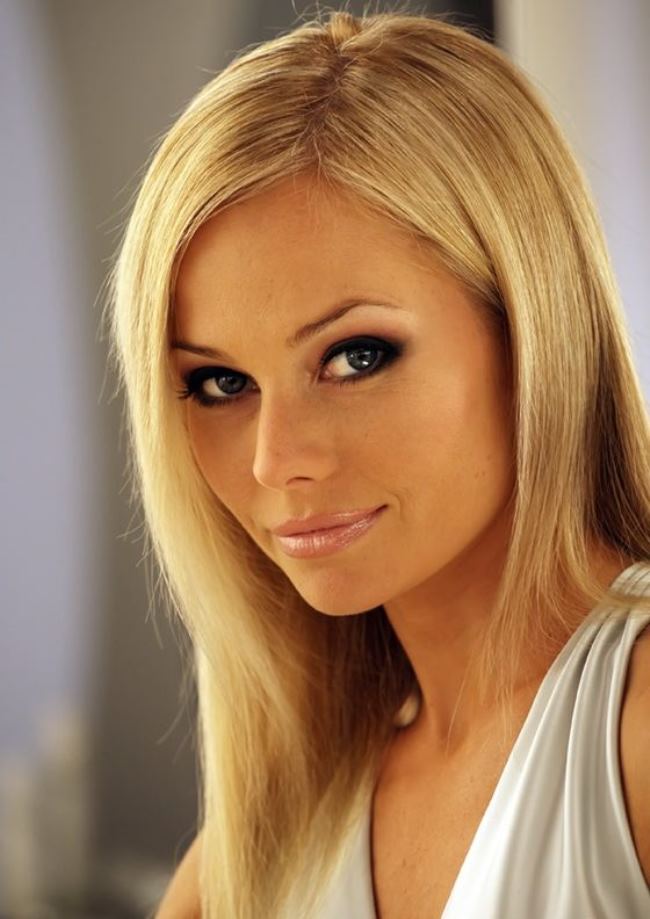 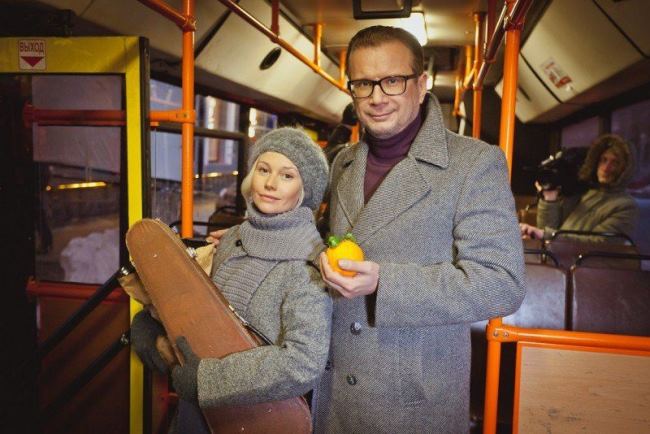 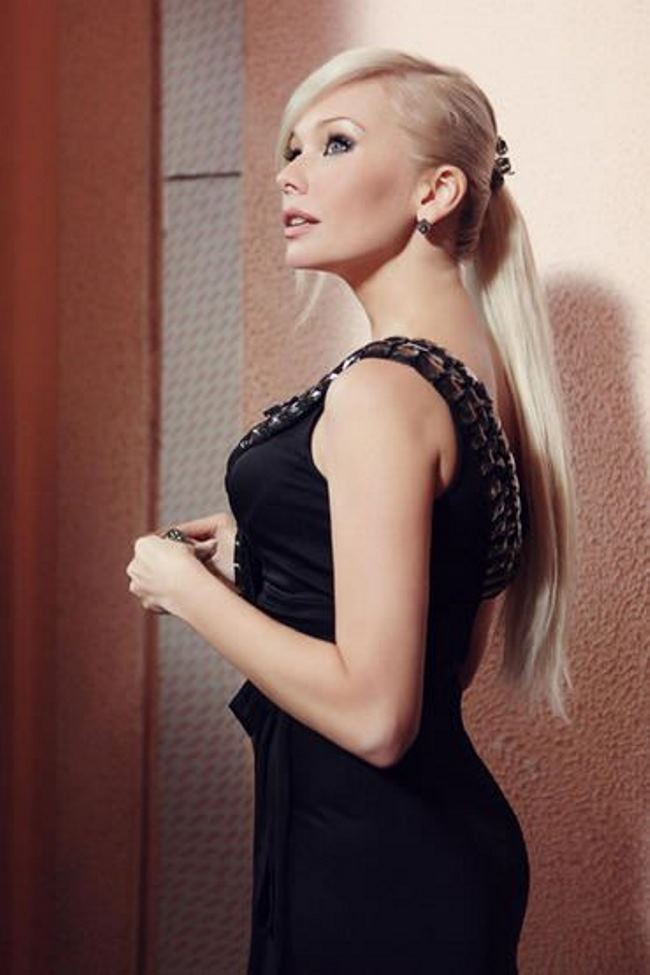