Most unusual monuments in Sochi 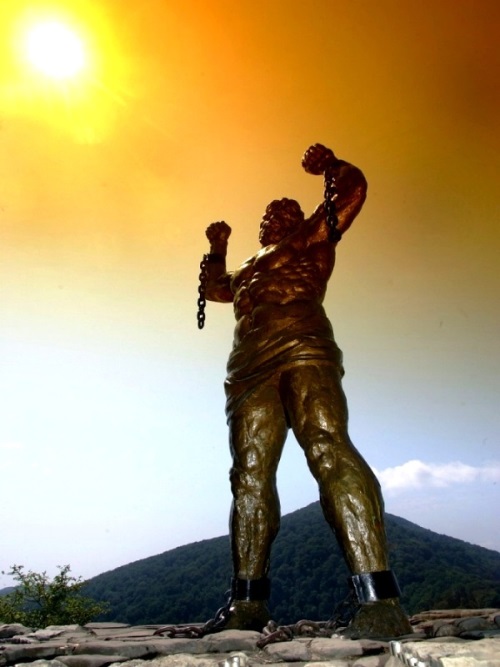 Most unusual monuments in Sochi
Now Sochi is known all over the world because Winter Olympics 2014 will be held there.
There are a lot of original sculptures and extraordinary monuments in this city, next to which you should definitely take a picture.
Let’s have a look. 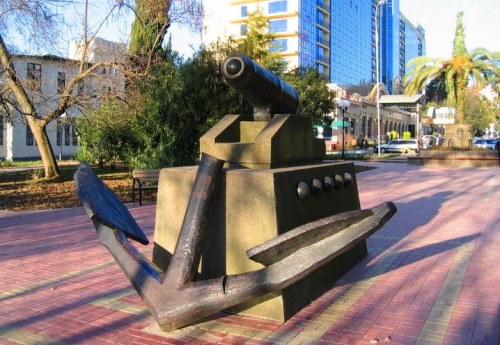 The cast-iron ship cannon was made in 1809 at the Alexander factory. For many years it was lying peacefully in the square next to the beacon of Sochi as a relic of the past. Anchor on the monument was in a Russian corvette that sank in a storm off Vardane. It was made in July 1779.
This monument was established in honor of the 75th anniversary of the founding of Sochi on April 23, 1913. 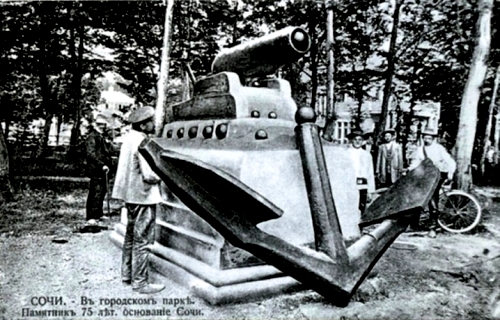 Photographer Goga (on the square in front of the Art Museum. Kurortny Prospect , 51) 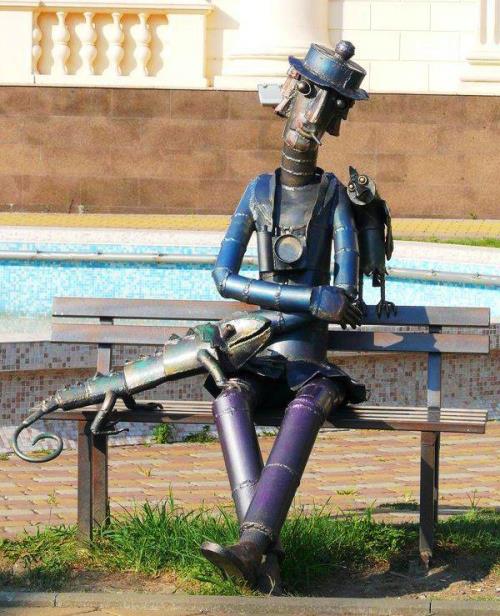 Metal Goga is a collective image of all photographers on the Black Sea coast that offer to take pictures with different animals. Anyone can take a picture with Goga with a funny little bird on his shoulder and exotic little animal on knees absolutely free. The author of the sculpture is Hagop Khalafyan.

The horse in coat (Teatralnaya Street) 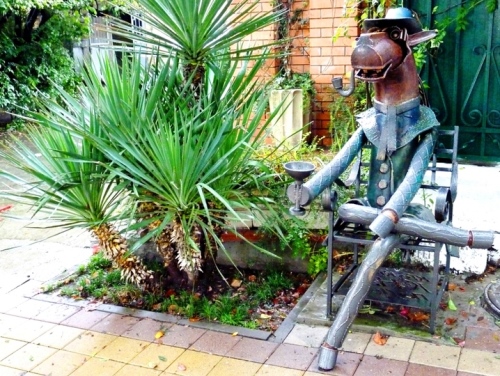 Imposing horse in an expensive coat, with a glass of wine in the hoof and a pipe in teeth was made in June 2007 by Hagop Khalafyan. 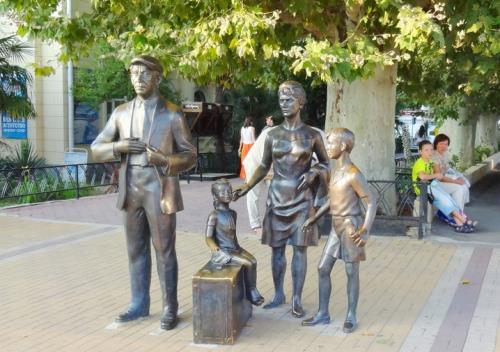 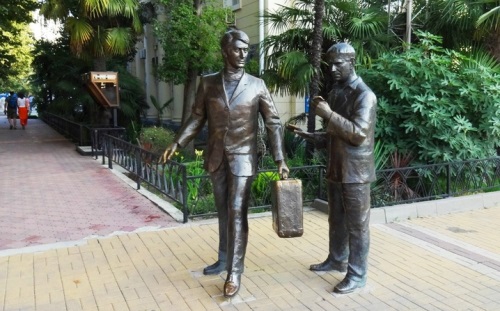 The monument to Stalin, Roosevelt and Churchill (14, Vinogradnaya Street) 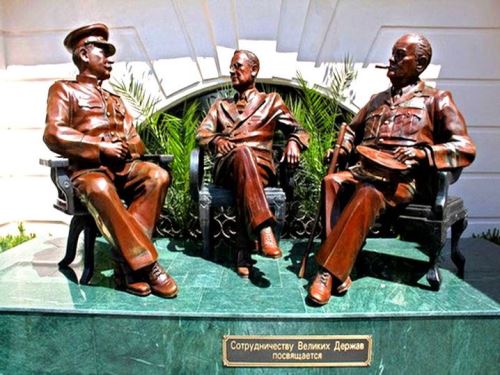 The monument was made in 2008 by Israeli sculptor Frank Maysler.

Monument to the teacher (18, Navaginskaya Street) 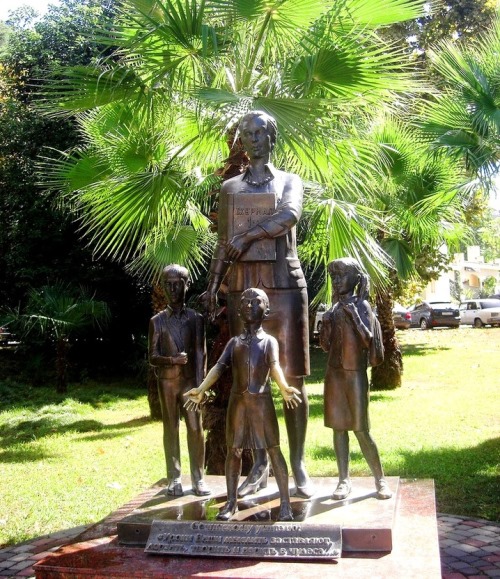 It is devoted to Maria Bykova, a teacher, who opened the first school in Sochi. The author of the monument is Peter Khrisanov. There is a tradition: to rub the nose of the teacher before exams for good luck. 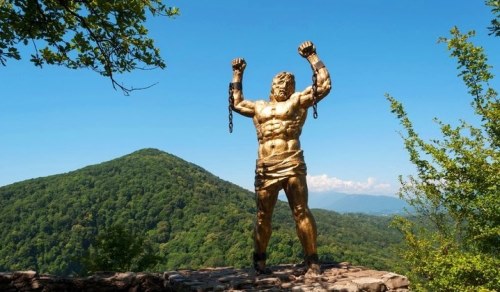 The Greek giant appeared on top of the Eagle Rock in 1998. It was made by the Omsk sculptor Alexander Kapralov. 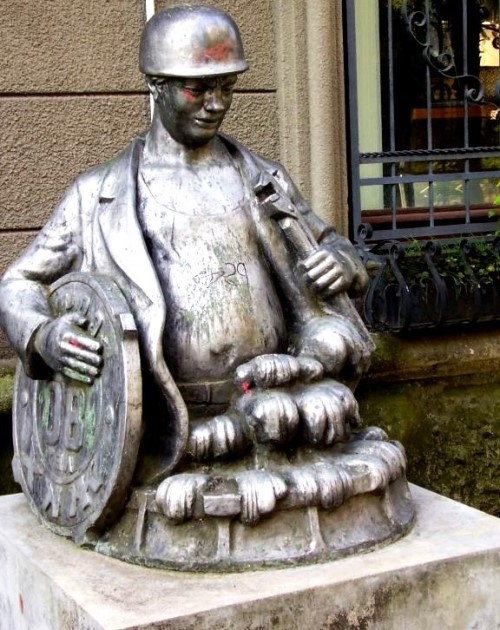 Monument to mosquitofish (Adler, next to the fish cafe Altar) 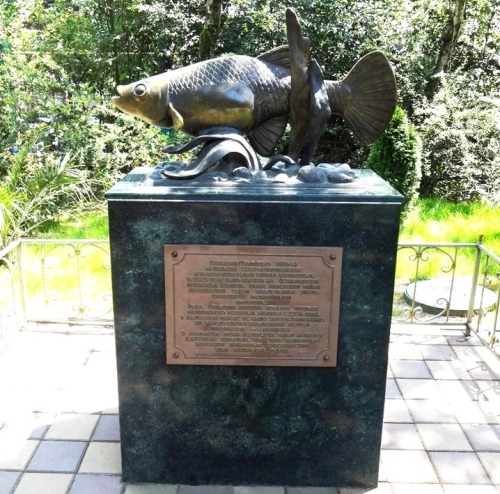 It is a small but very useful fish. At the beginning of the last century there were a lot of malaria mosquitoes in Adler. Many people were dying from malaria. And the fish, imported from North America, ate their larvae. By the way, there are monuments to the fish in Corsica and Israel. Author of the bronze fish is Anatoly Medvedev. Next to the “mosquito fish” there is another great sculpture Horse with a cart. 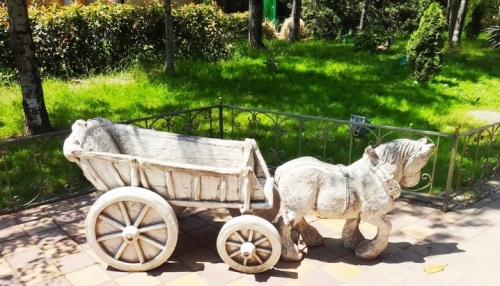 Horse with a cart 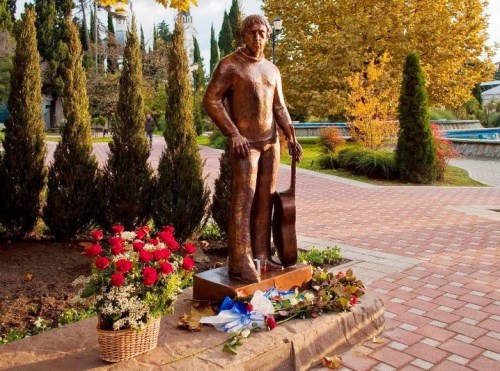 It was opened on November 20, 2011. According to one version, Vladimir Vysotsky and Marina Vlady often walked in this park, when vacationing in Sochi.

Monument to fathers of many children (51, Kurortny Prospect) 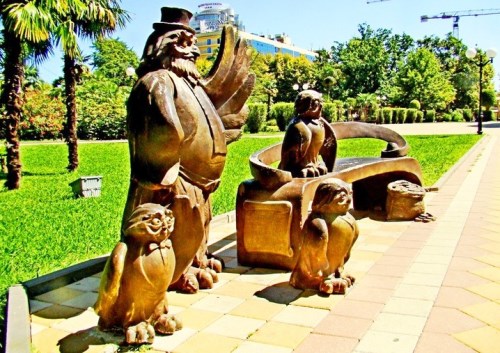 father of many children

Respectable owl surrounded by three kids was made by Elina Baranskaya.

Monument to the vacationer (37, Kurortny Prospect) 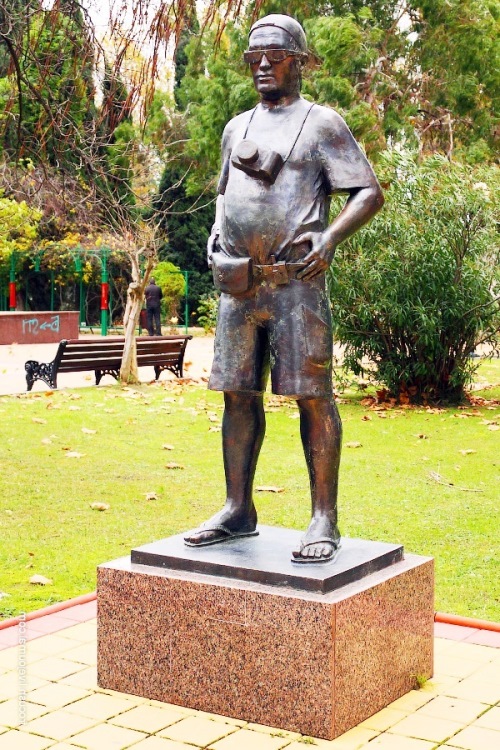 Creator of the sculpture is the director of the Art Museum Peter Khrisanov.

Monument to Neptune (next to the beer garden Tinkoff) 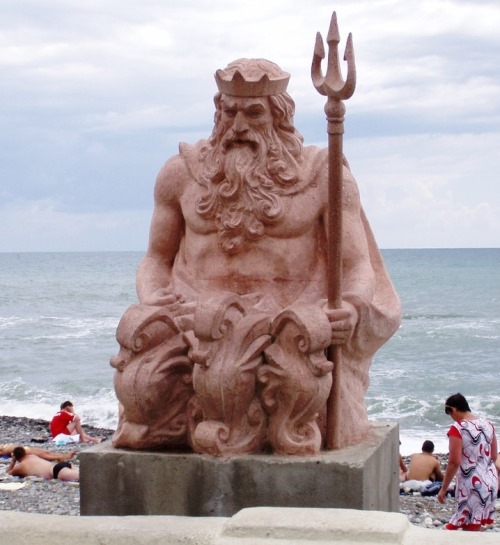 A three-meter tall Lord of the seas and oceans appeared there in 2006. 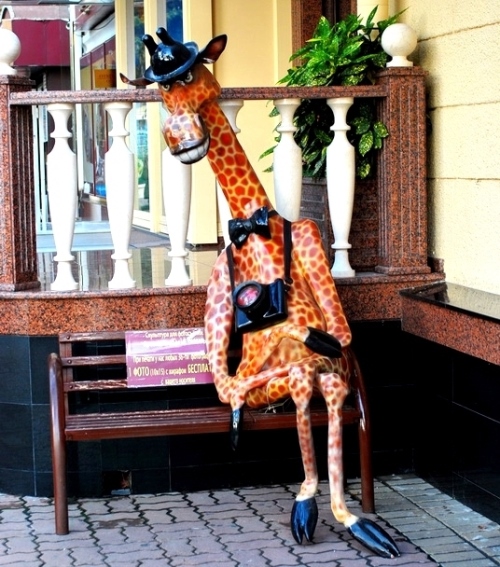