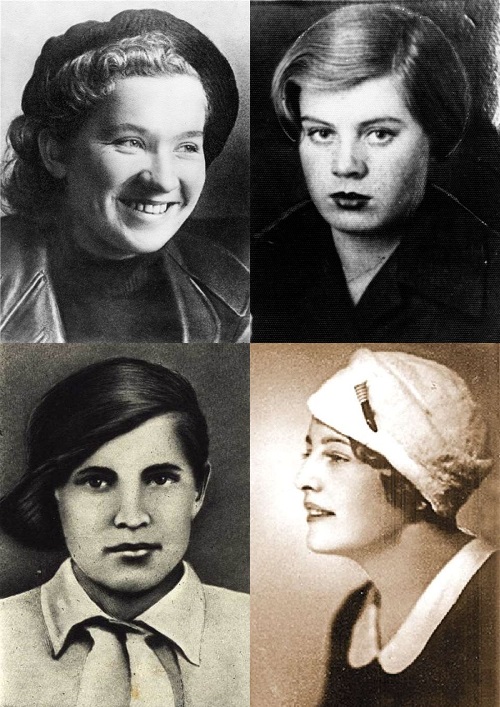 Well-known Soviet female Partisans during World War II.
Nadezhda Troyan, legendary Soviet partisan, Hero of the Soviet Union was born on October 24, 1921.
When the Great Patriotic War began Nadezhda lived in Belarus. From the beginning of the German occupation she became a member of the youth underground organization. In July 1942 Troyan went to the partisans. She also was a nurse. Brave girl was involved not only in gathering information, but also in undermining the bridges and other military operations. In 1943, Nadezhda took an active part in the preparation and conduct of operations against Belarus Gauleiter Wilhelm Kube. 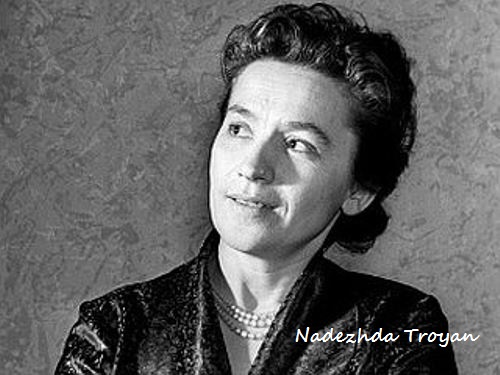 After the war a film The Clock Stopped At Midnight about Troyan and her comrades was released.
In 2012, elimination of Wilhelm Kube became the basis of the television series Hunting the Gauleiter.
After the war Troyan moved to Moscow, graduated from the Medical University, and worked as a surgeon. Nadezhda was Associate Professor of Surgery, member of the Presidium of the Soviet War Veterans Committee. Also she was a member of the Peace Committee and a member of the International Federation of Resistance.
Troyan died in 2011 in Moscow. 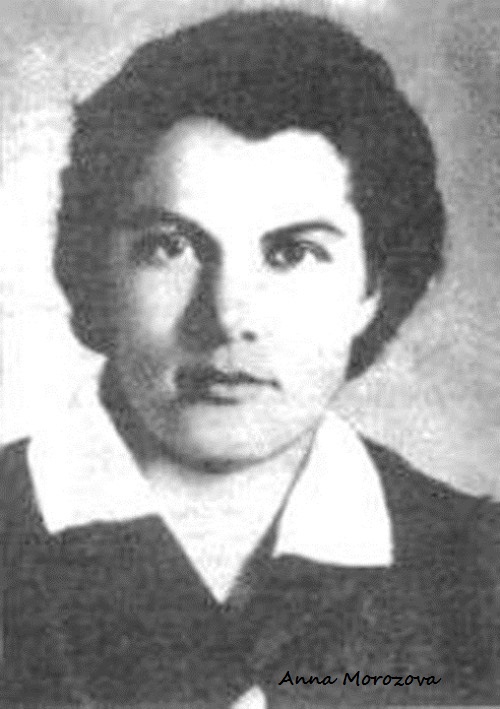 Anna was the girl, who became a legend. She was born in 1921. When the war began, twenty-year-old Anna lived and worked as an accountant in Bryansk region. In May 1942, Morozova became a leader of an international Soviet- Polish-Czechoslovak organization. Anna and her comrades gathered information on enemy forces, laid mines. From May 1942 to September 1943 Anna Morozova’s organization had blown up two German ammunition warehouses, twenty planes and six trains. Since the end of 1944 Morozova served in the joint Soviet- Polish partisan group.
On December 31, 1944 there was a fight with the Germans. Morozova was injured and not to fall into German hands she blew herself up with a grenade. On May 8, 1965 Anna was posthumously awarded the title Hero of the Soviet Union. 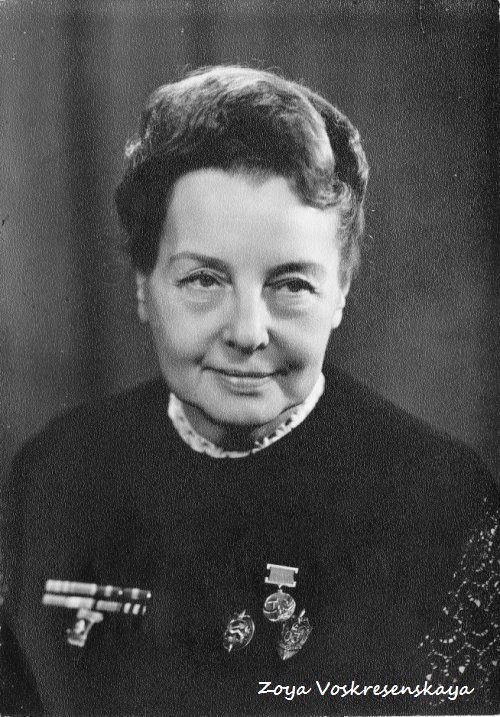 Zoya is an author of Mother’s Heart, Password – Hope and other books that were read by Soviet children.
She was a legendary partisan. With various tasks Zoya was sent to China, Latvia, Germany and Austria. From 1935 to 1939 she worked as a Deputy Resident Representative in Finland.
In 1936, Boris Rybkin (underground name Kin) became a new resident of Russian Foreign Intelligence Service in Finland. Officially, he was a consul of the Soviet embassy. Six months later, two spies – Voskresenskaya and Rybkin – got married.
From 1941 to 1944 Zoya worked in the Soviet embassy in Sweden. She served in foreign intelligence until the mid-50s.
During her service she became a colonel and received a large number of state awards. After retirement Voskresenskaya became a children’s writer.
Shortly before her death in 1992 Zoya wrote her last, not a children’s book – Now I Can Tell The Truth: From The Memoirs Of Spy. The book was published after the death of Zoya Ivanovna. 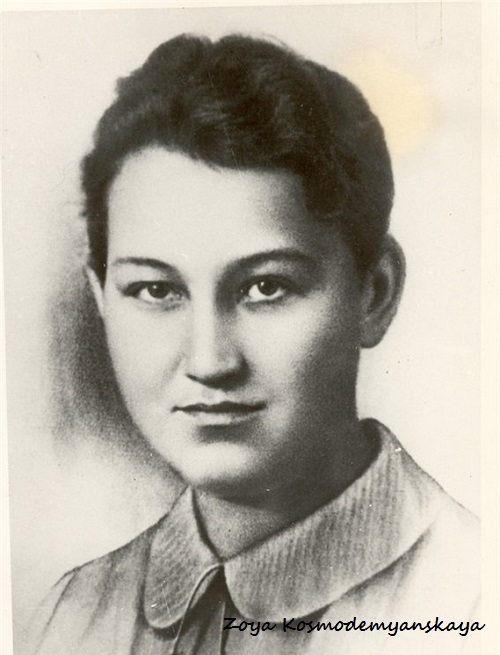 I suppose a lot of people have heard about Kosmodemyanskaya. She was one of the most respected heroines, famous Soviet partisan, and a Hero of the Soviet Union (awarded posthumously). In October 1941 she joined a partisan unit. They mined roads and cut communication lines. The Germans caught Zoya when she tried to burn the village occupied by the enemy. Next morning she was hanged and her body was hanging for several weeks.
Many streets and Pioneer organizations in the Soviet Union were named after Zoya Kosmodemyanskaya. 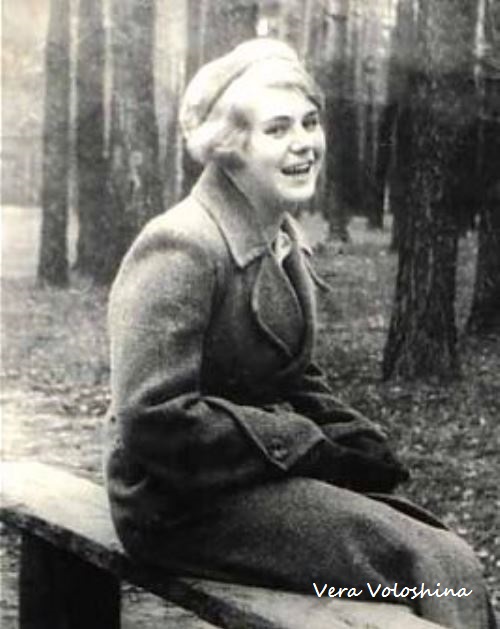 Not many people know about this courageous woman. Even the title Hero of Russia was given to her after more than fifty years after the death.
Professional athlete Voloshina was famous before the war. She became the “Girl with a paddle”. Sculptor Ivan Shadr chose Vera as the model for his famous work. Then, many copies of the sculpture appeared in almost all cities of the country. 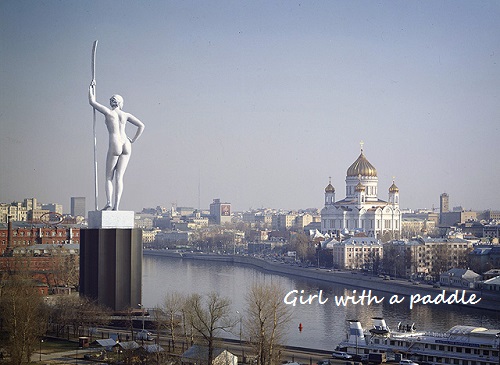 Girl with a paddle

On June 22, 1941 a third-year student Vera went to the shop to buy a white dress: she was going to marry her childhood friend Yuri. In the shop she learned that the war began. In October 1941, Voloshina as a volunteer went to the front. Vera and Zoya Kosmodemyanskaya became friends.
Voloshina was wounded and Germans caught her. “I’m not afraid to die! We will win anyway!” said Vera and began to sing. She was singing International and Germans were listening to her. Then Voloshina was hanged. On the same day, ten kilometers from the village Kosmodemyanskaya was executed.
Vera’s groom Yuri died near Mogilev. He was posthumously awarded the title Hero of the Soviet Union.
For a long time comrades didn’t know anything about Vera. Only in 1957 her grave was found.
In 1994, Vera was awarded the title Hero of Russia. Better late than never.