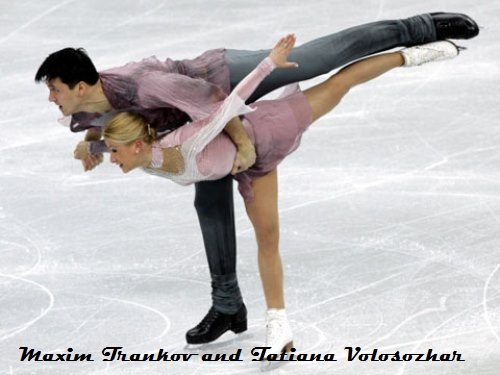 Tatiana Volosozhar and Maxim Trankov are very successful figure skaters. They won gold at the 2013 Nebelhorn Trophy. You know, at the 2013 Skate America they showed the best result in the world pair skating history – 237.71 points – it’s a World Record! For free program they chose music from the rock opera Jesus Christ – Superstar: Maxim performed as Christ and Tatiana as Mary Magdalene. Many figure skaters chose music of the great Russian composers for their performances and the couple Volosozhar – Trankov chose the Englishman Andrew Webber.
Maxim and Tatiana are two-time 2014 Olympic champions, champions of the world (2013). By the way, they are two-time silver medalists of the world championships (2011, 2012), four-time European champions (2012, 2013, 2014, 2016) and three-time champions of Russia (2011, 2013, 2016).
In January 2017, the pair was the 22nd in the rating of the International Skating Union (ISU).
The official debut of the pair at Russian competitions took place in October 2010 at the third stage of the Russian Cup in Perm. And they won it.

Trankov was born on October 7, 1983 in Perm. In 1987 he began skating.
Maxim’s former partner was Maria Mukhortova, whom he teamed up in 2003. They are the 2008 European silver medalists, the 2007 Russian national champions, and the 2005 World Junior Champions. But the couple finished seventh at the 2010 Winter Olympic Games and they decided to continue careers with new partners.
As you know, Maxim’s new partner became Volosozhar. 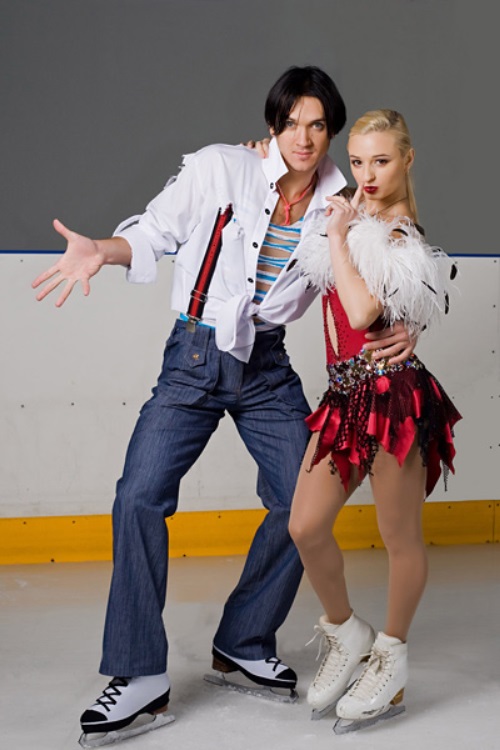 Tatiana was born on May 22, 1986 in Dnepropetrovsk, now Ukraine. She was born to parents of Russian origin but received Russian citizenship only in December 2010. The girl began skating at the age of four. Volosozhar competed for Ukraine with Stanislav Morozov from 2004 to 2010. They are four-time (2005, 2007, 2008, 2010) Ukrainian national champions and finished 6th at the World Championships and 4th at the 2009 European Championships. At the 2010 Winter Olympics the couple finished 8th.
In 2010 Volosozhar and Trankov teamed up. According to Maxim, he wanted to skate with Tatiana since 2006.
In Moscow, the skaters were trained by Stanislav Morozov, Nina Moser, and Nikolai Morozov, who returned from America. He worked on staging new programs for skaters.
They became leaders at the Mont Blanc Trophy in two types of program. In the spring 2013, there was a real triumph: they became world champions.
At the 2014 Winter Olympics in Sochi Tatiana and Maxim broke the world record: they scored 84.17 points.
In 2018, the pair announced the end of their sports career.

On August 18, 2015 Tatiana and Maxim got married. And on February 16, 2017 their daughter was born.
Their official site: http://volosozhar.trankov.com/ 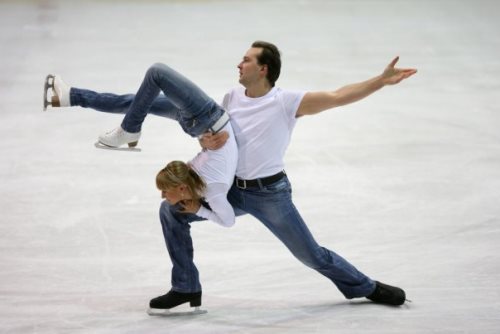 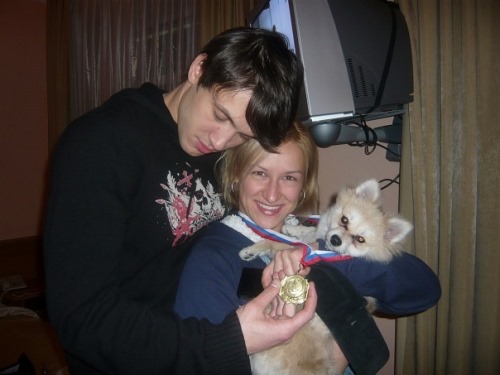 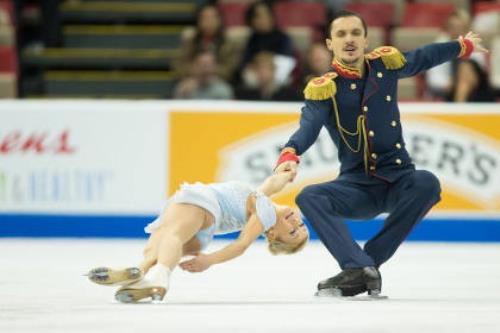 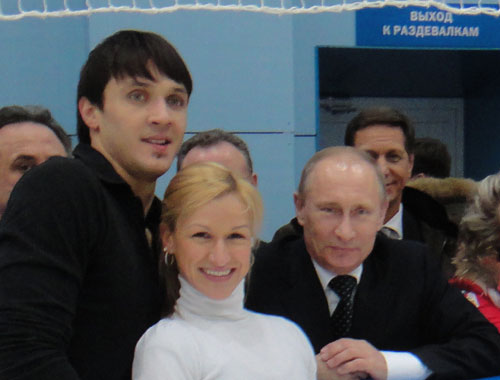 Vladimir Putin with Maxim and Tatiana 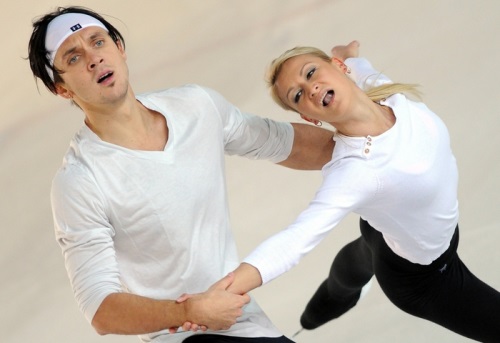 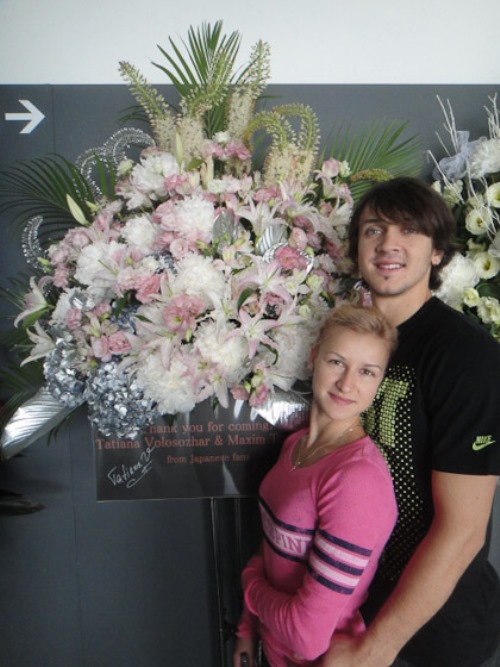 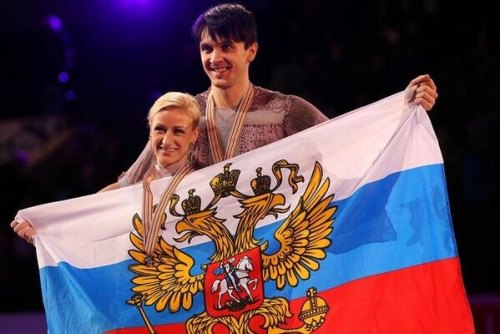 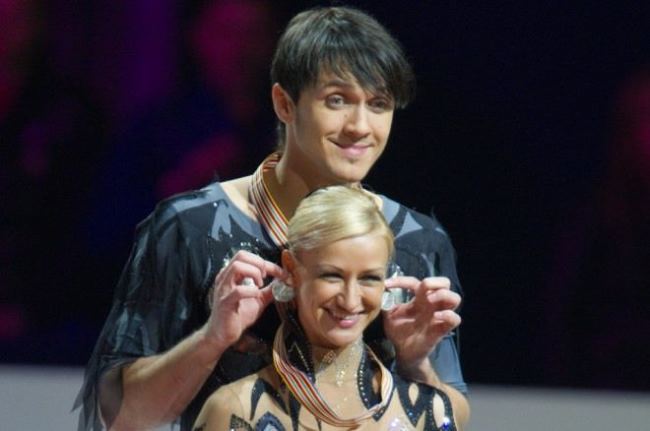 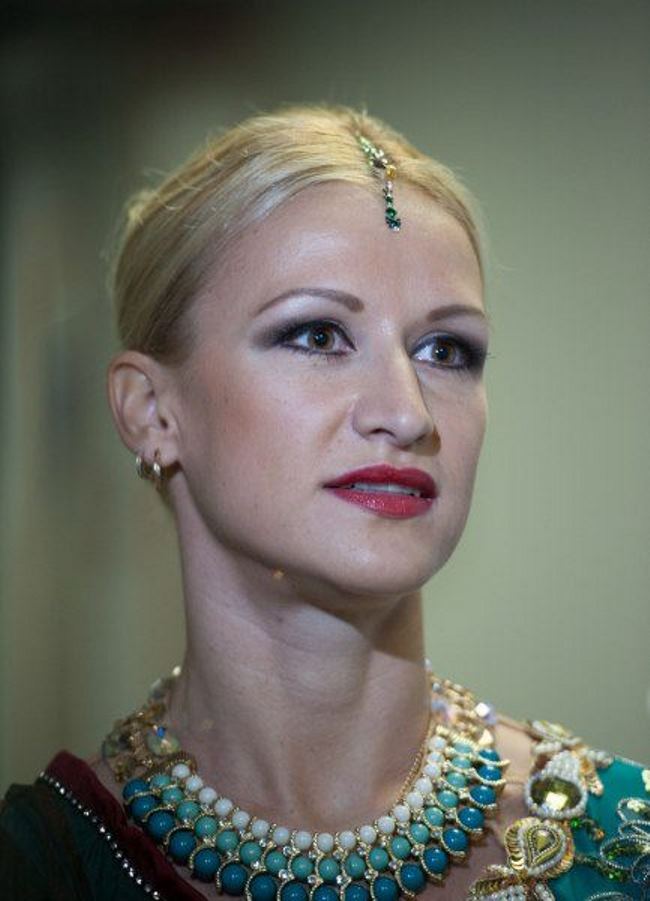 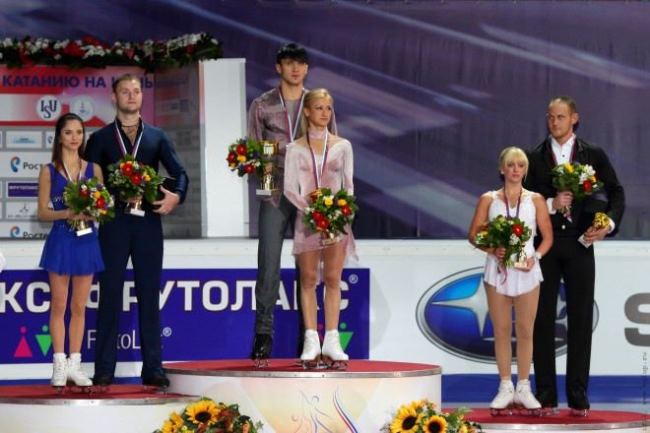 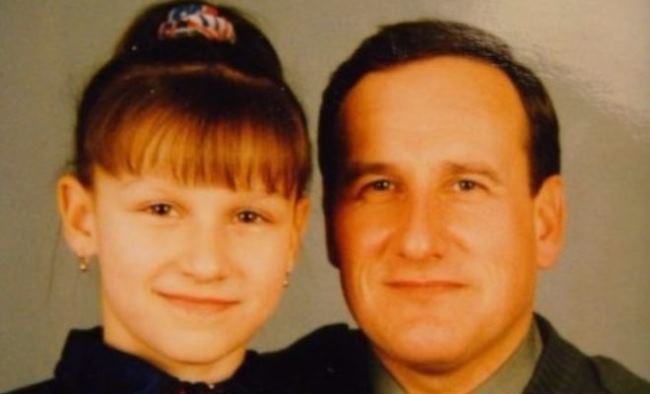 Cute Tatiana Volosozhar with her father 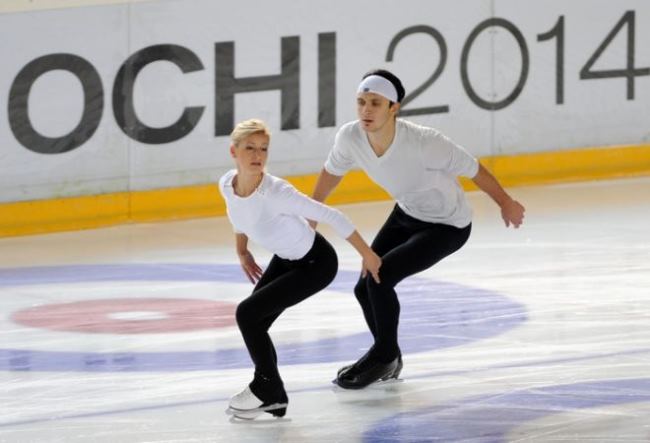 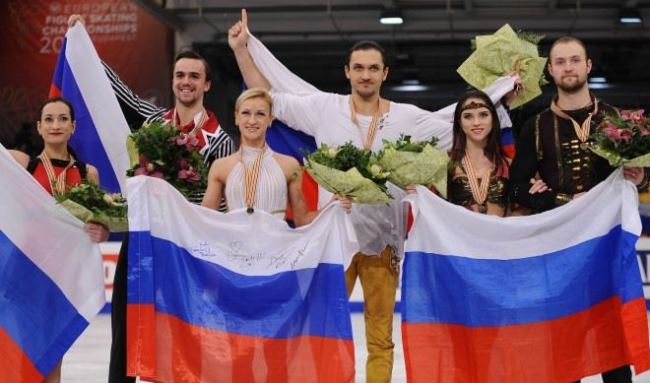 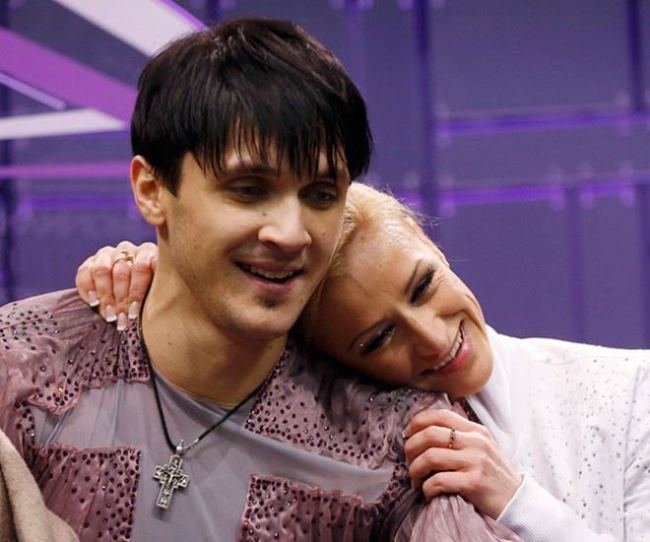 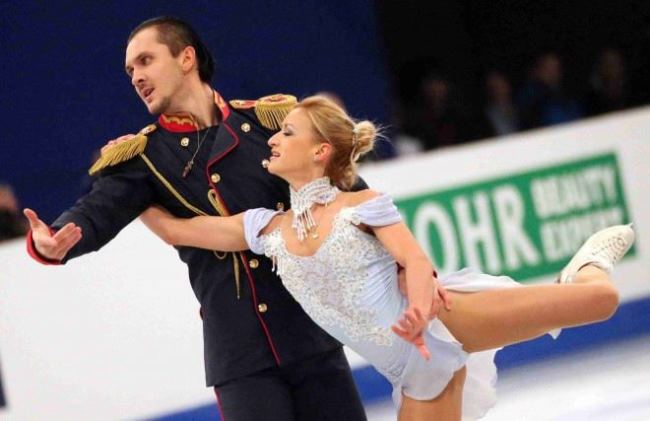 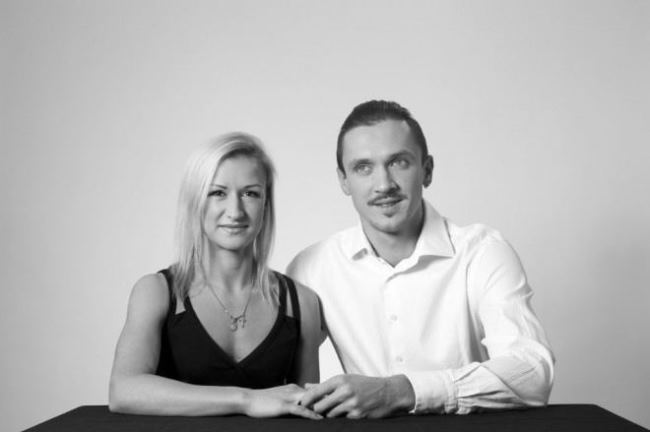 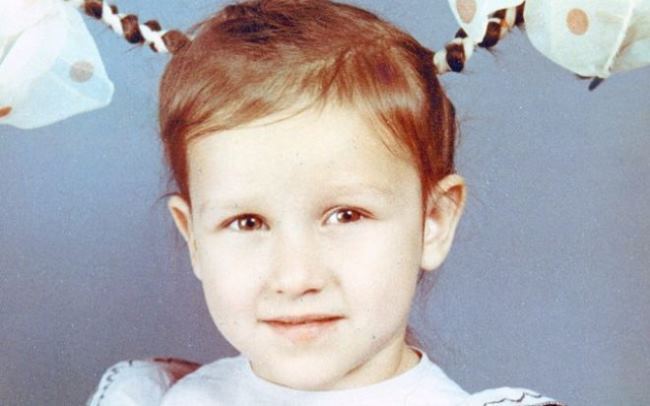 Little Tatiana Volosozhar in her childhood 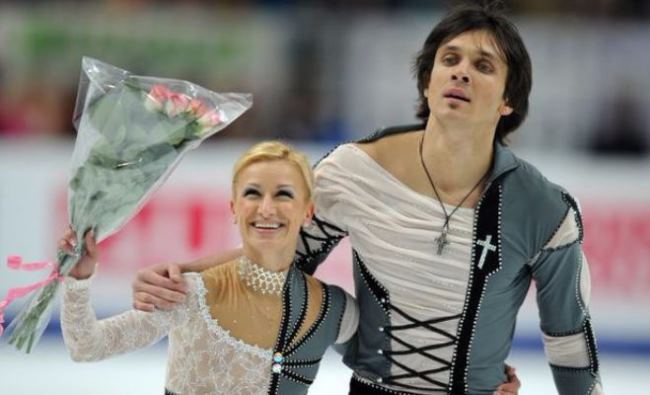 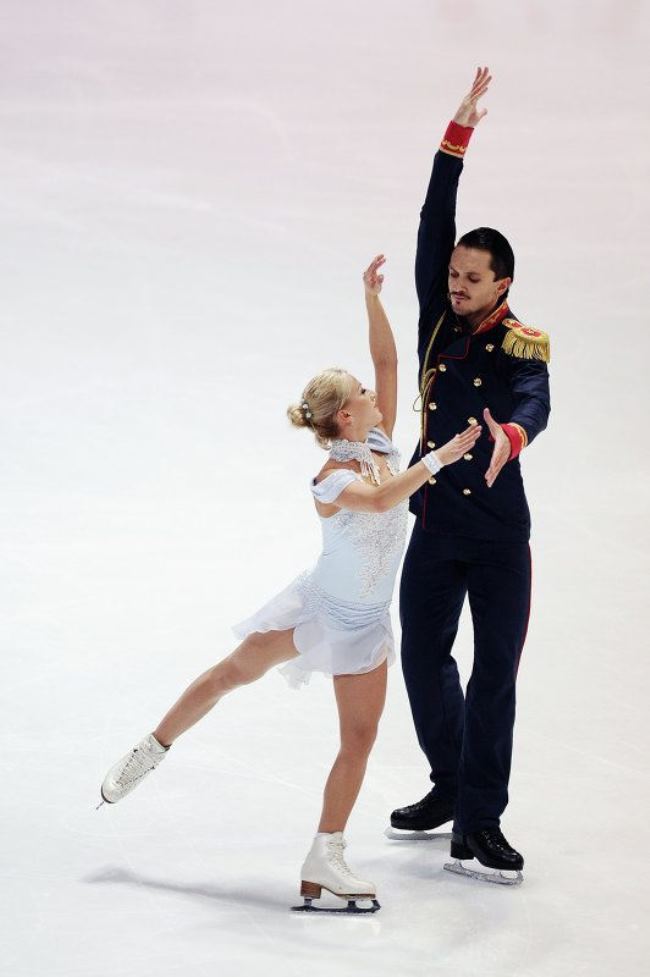 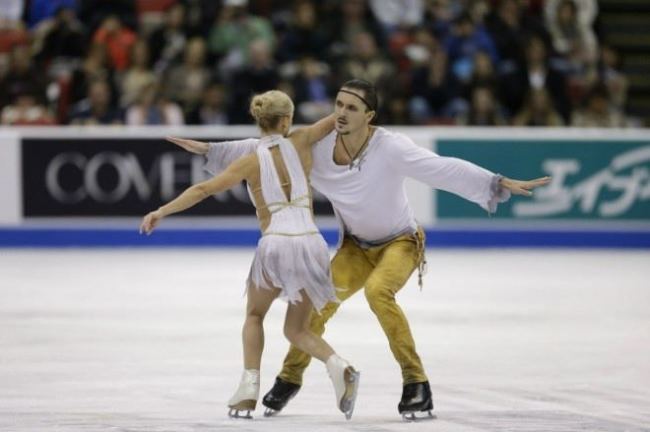