Nikolai Karamzin is a historian, the largest Russian writer of the epoch of sentimentalism. He is called Russian Stern. You know, he is an author of History of the Russian State (volumes 1-12, 1803-1826). Also he was an editor of the Moscow Journal (1791-1792) and The Herald of Europe (1802-1803).
Nikolai Mikhailovich Karamzin was born on December 1, 1766 near Simbirsk. His father was retired captain Mikhail Egorovich Karamzin. In 1778 the boy was sent to Moscow to continue his studies.
At the insistence of his father Nikolai enlisted in the Preobrazhensky Guards Regiment in 1783, but soon retired. Later he lived for some time in Simbirsk, and then in Moscow. During his stay in Simbirsk he joined the Masonic Lodge Golden Crown, and after his arrival in Moscow he was a member of the Friendly Academic Society for four years (1785-1789).
In Moscow, Karamzin participated in the publication of the first Russian magazine for children – Children’s Reading for the Heart and Mind.

You know, in 1789-1790 Karamzin went to Europe, where he visited Immanuel Kant in Königsberg. By the way, he was in Paris during the great French revolution. As a result of this trip, the famous Letters of the Russian Traveler were written, the publication of which immediately made Karamzin a well-known writer. Since then he is considered one of the main literary figures of Russia.
Actually, Karamzin gave the shortest characteristic of public life in Russia. When, during his trip to Europe, Russian emigres asked Nikolai what was happening in his homeland, the writer replied: “They steal.”
On his return from a trip to Europe, Karamzin settled in Moscow and began working as a professional writer and journalist, starting the publication of the Moscow Journal. Then he released a number of collections and almanacs that made sentimentalism the main literary trend in Russia.
In addition to prose and poetry, the Moscow Journal systematically published reviews and critical articles.
On October 31, 1803 Emperor Alexander I granted Nikolai Mikhailovich the rank of historiographer. So, he began to write History of the Russian State. Karamzin’s political views evolved gradually, and by the end of his life he was a staunch supporter of absolute monarchy. 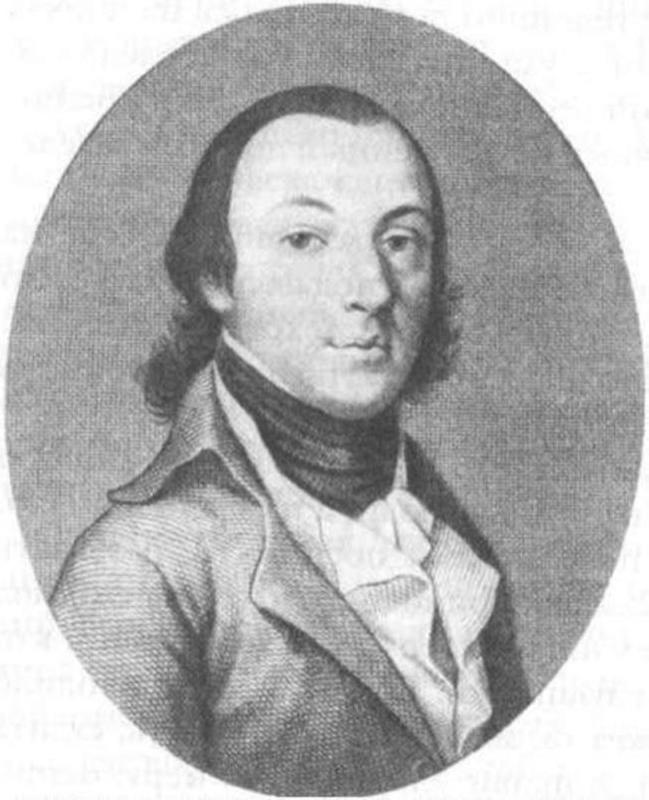 Karamzin passed away on May 22 (June 3), 1826 in St. Petersburg and was buried at the Tikhvin Cemetery of the Alexander Nevsky Lavra. You know, he was married twice and had 10 children.
Karamzin’s work was very important for the development of the literary language. He sought to create one language “for books and for society, to write, as they say, and speak as they write.” He freed the literary language from Slavic words – heavy and dilapidated words and phrases, simplified the syntax, created and introduced a large number of necessary new words, such as the future, industry, the public, love, human. At the beginning of the nineteenth century literary youth fought vigorously for the language reform of Karamzin. 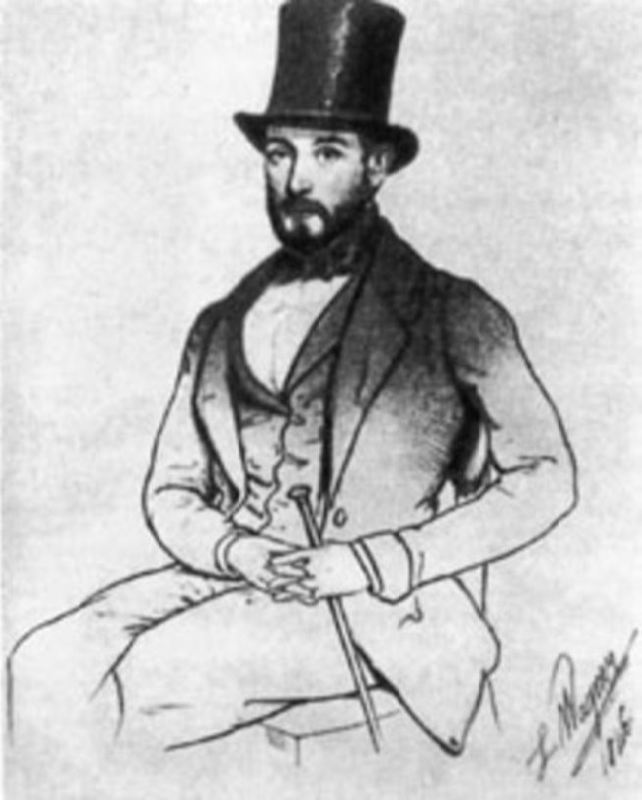 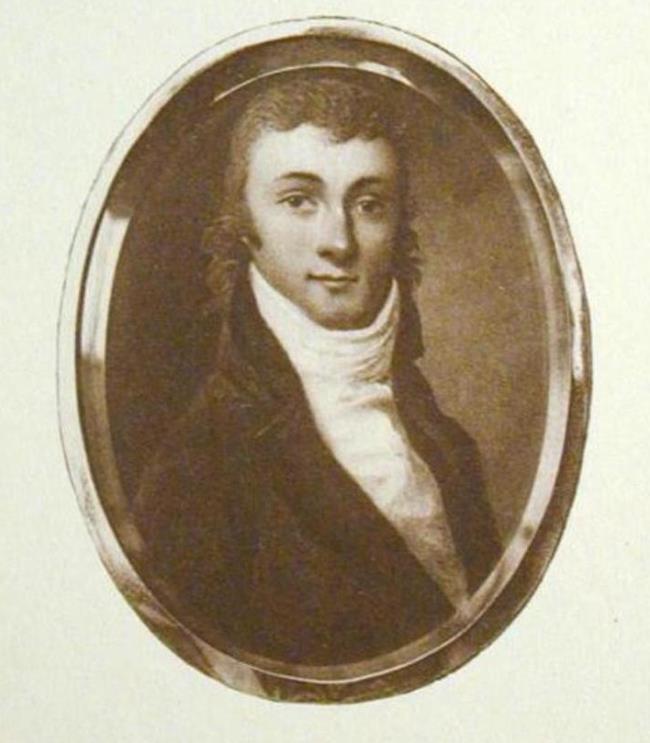 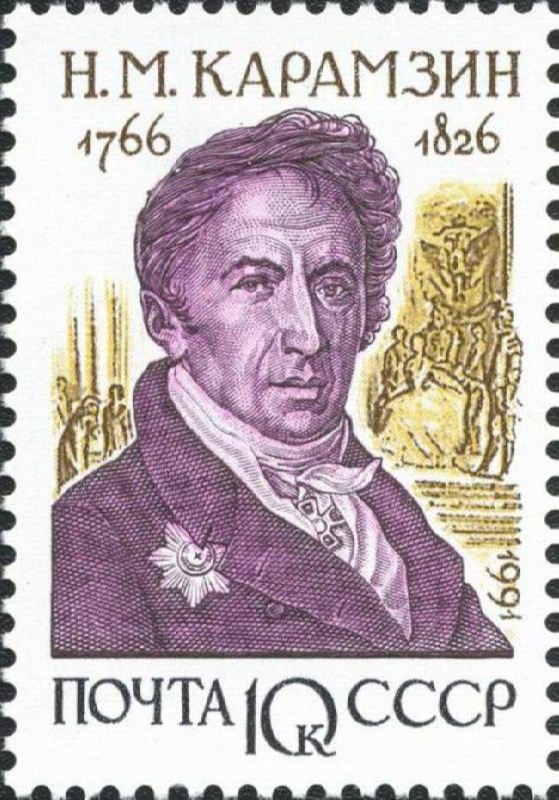 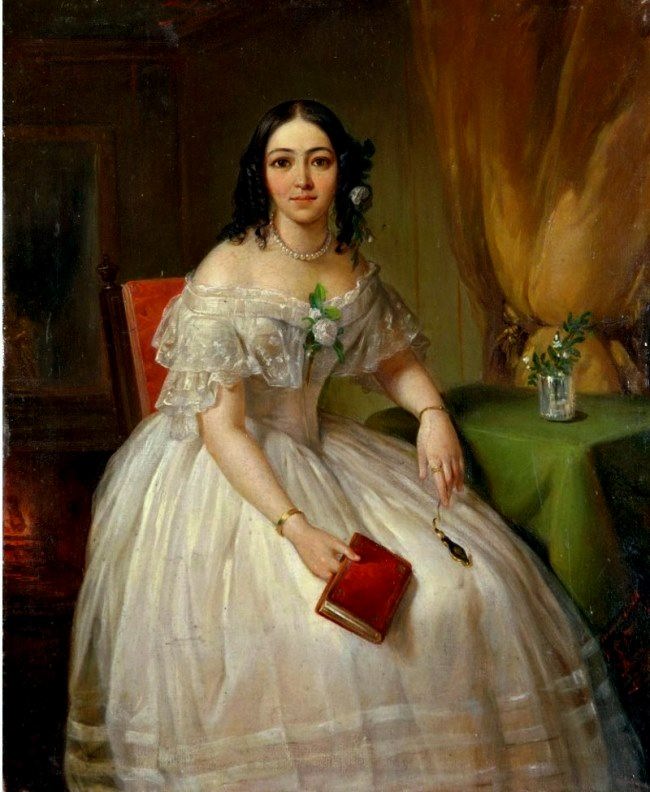 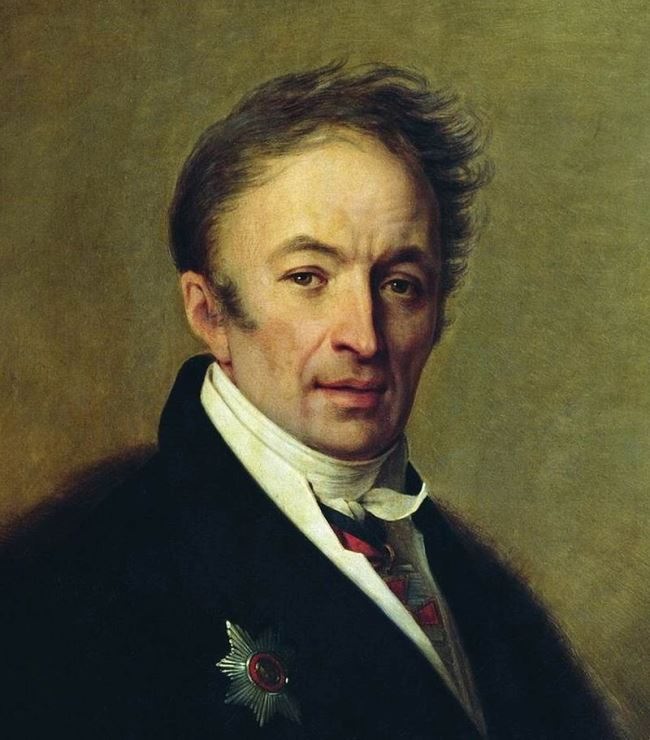 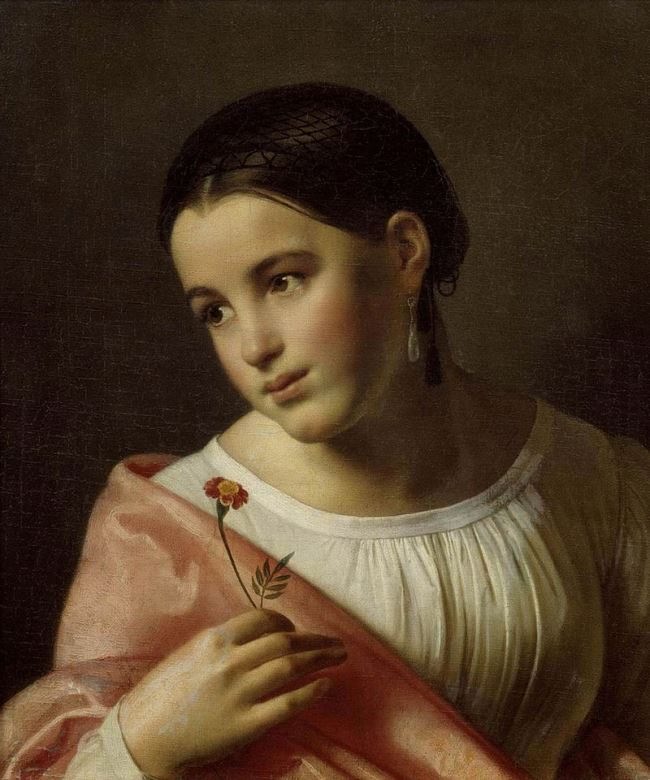 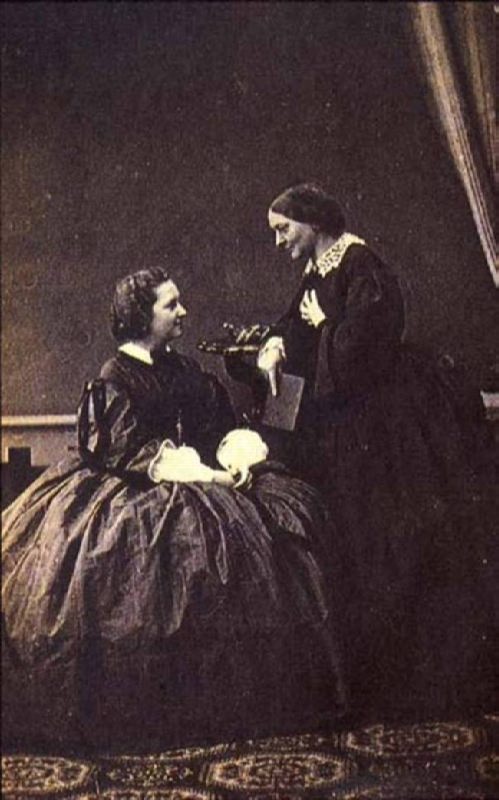 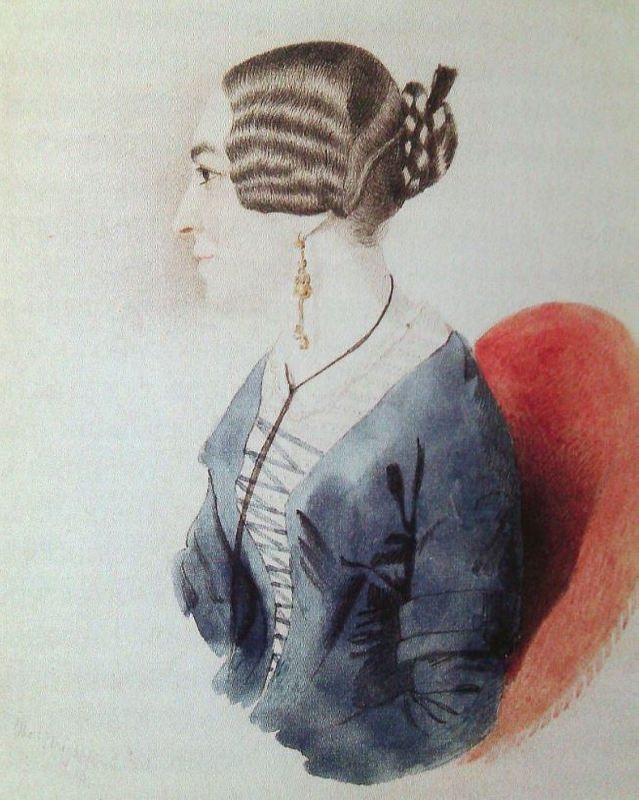 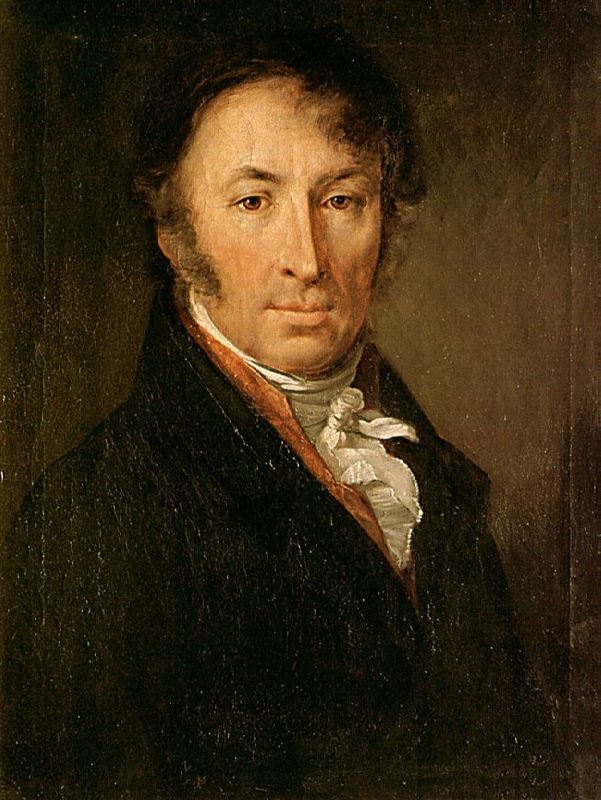 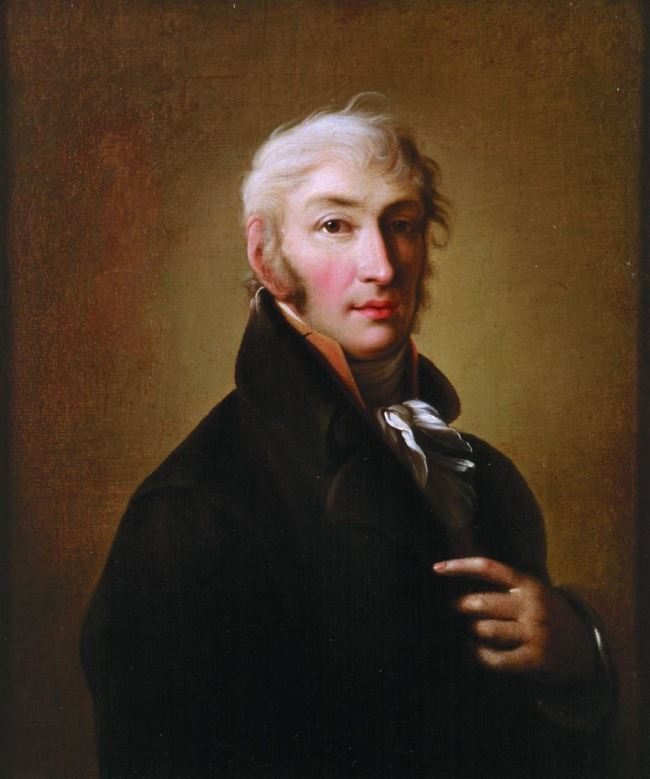 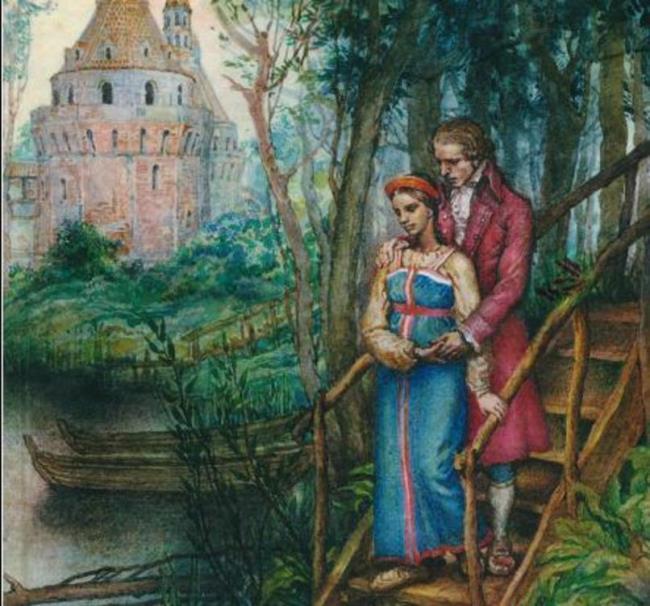 Illustration for the story Poor Lisa 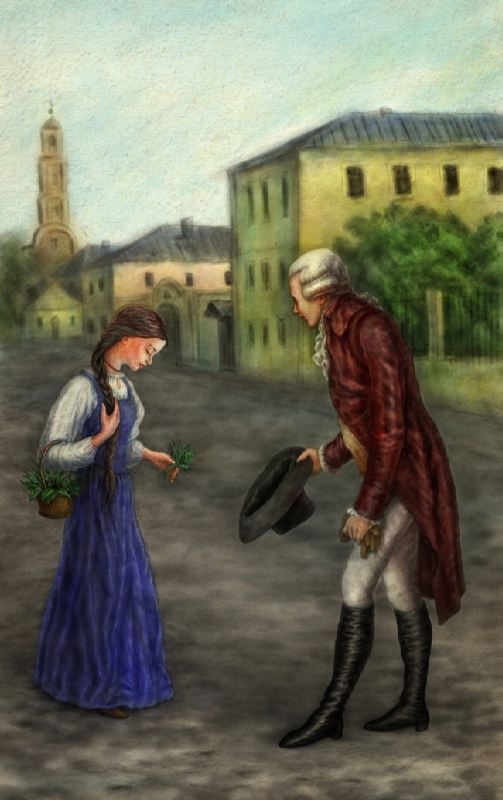 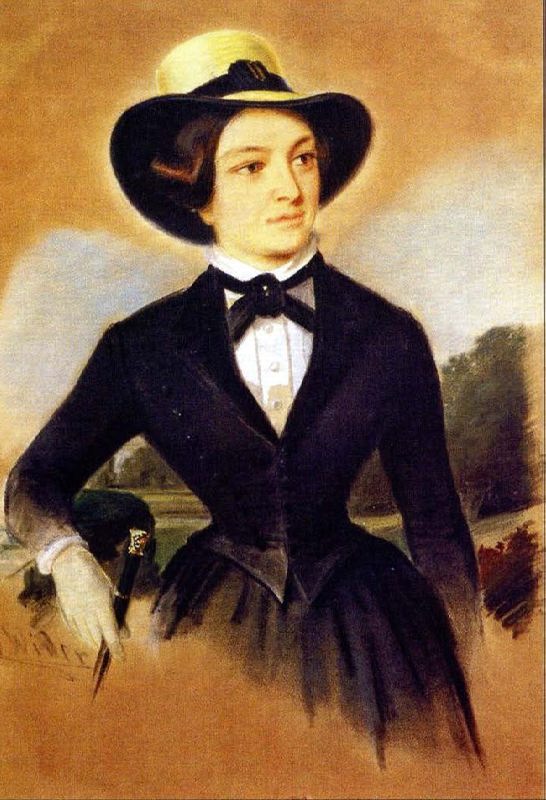 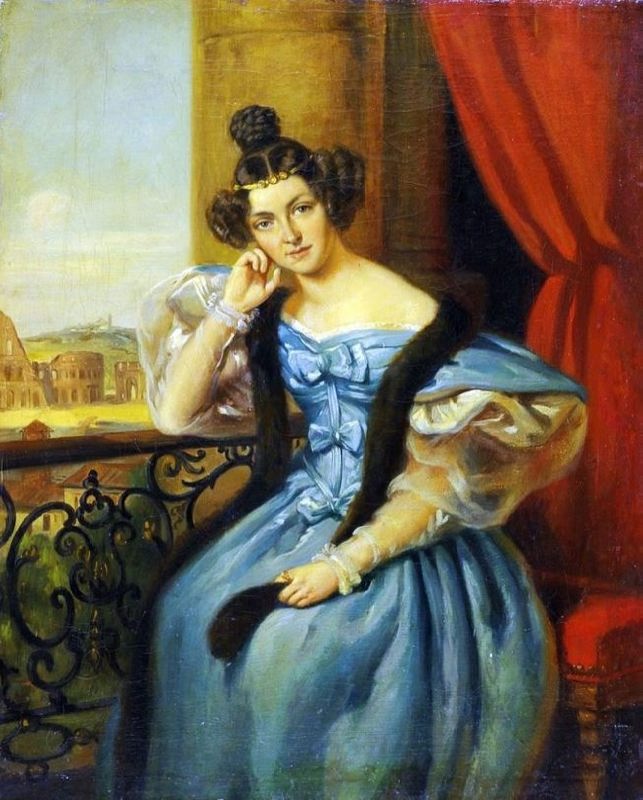 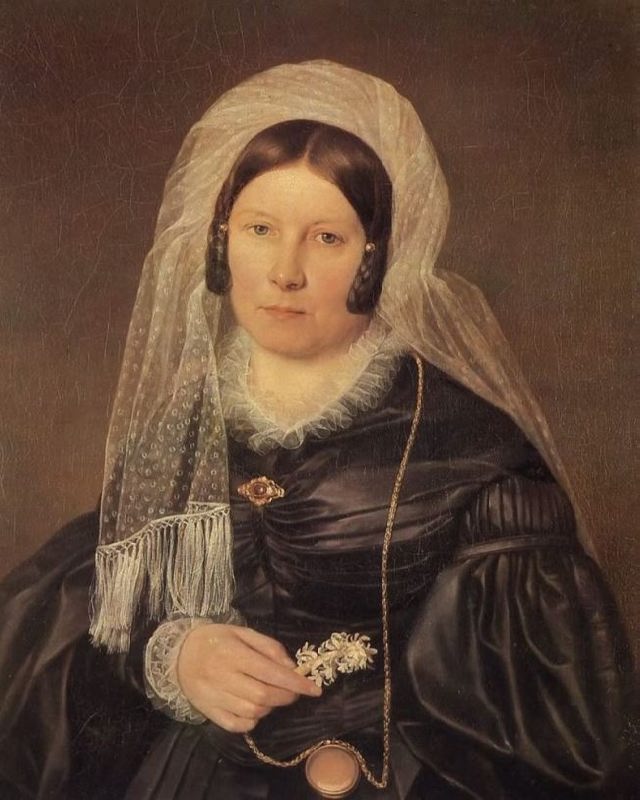 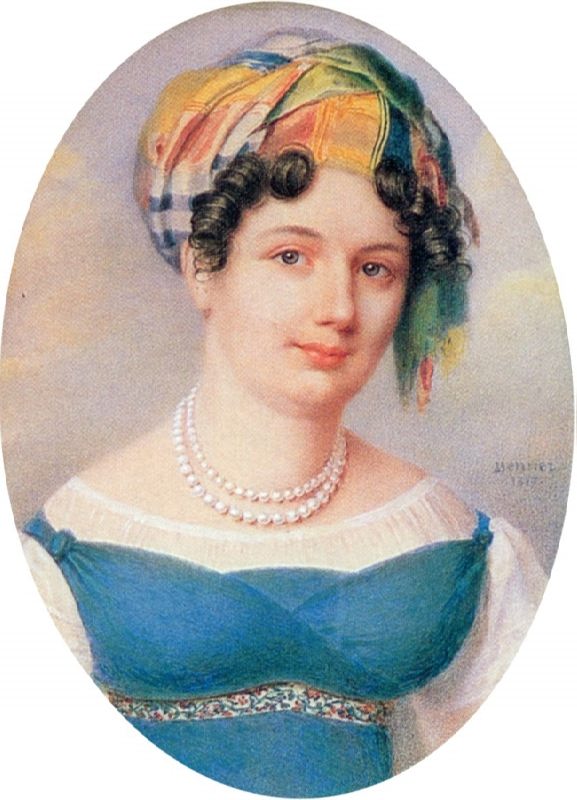 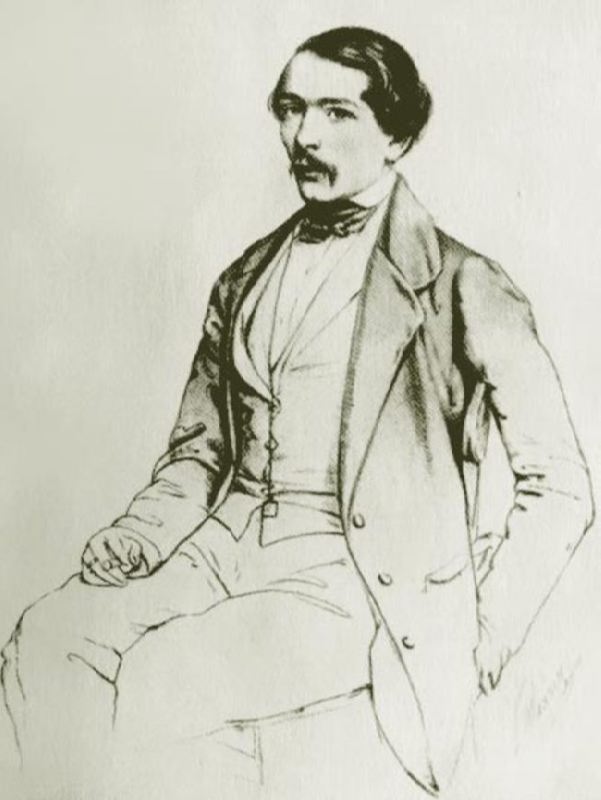 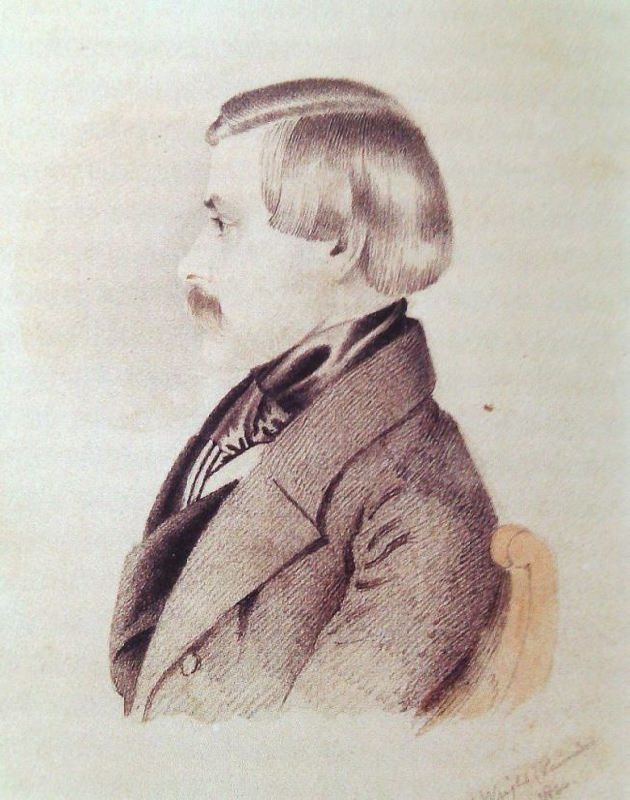 Monument to History of the Russian State 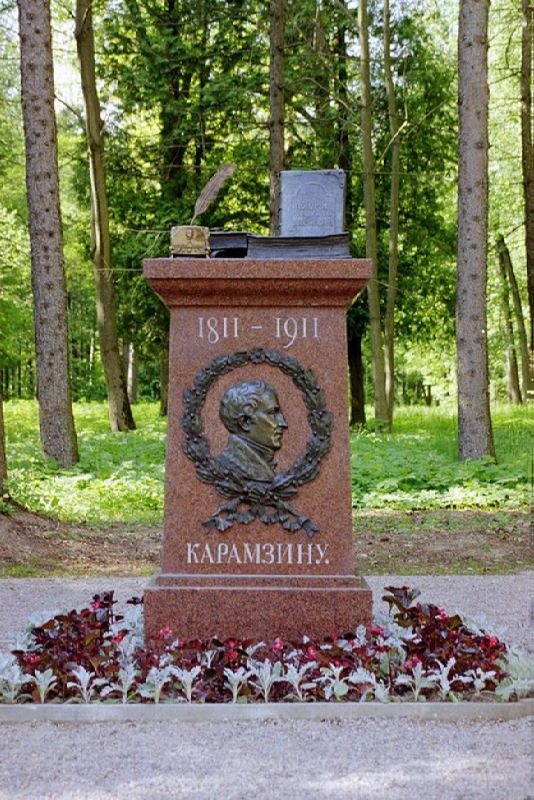 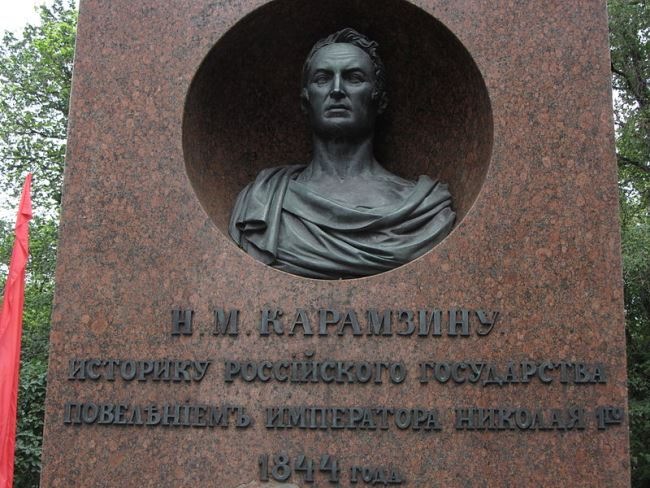 Interesting monument to the writer Karamzin in Ulyanovsk, fragment 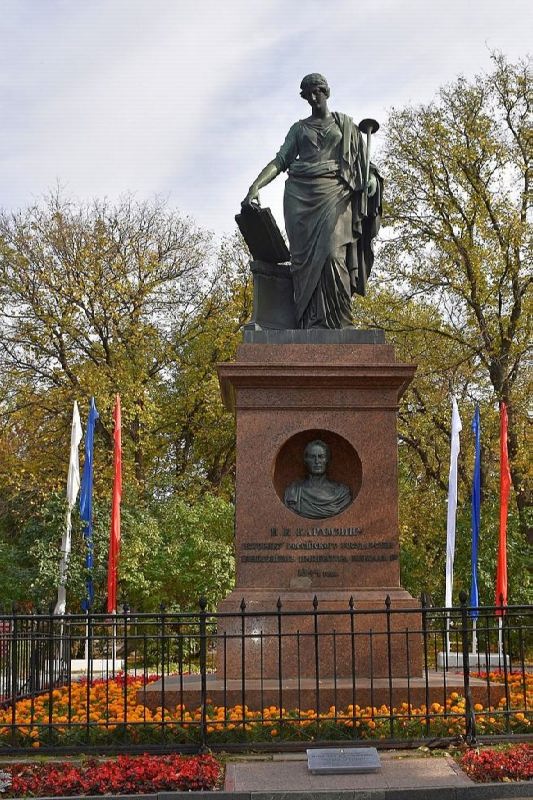 Monument to the writer Karamzin in Ulyanovsk