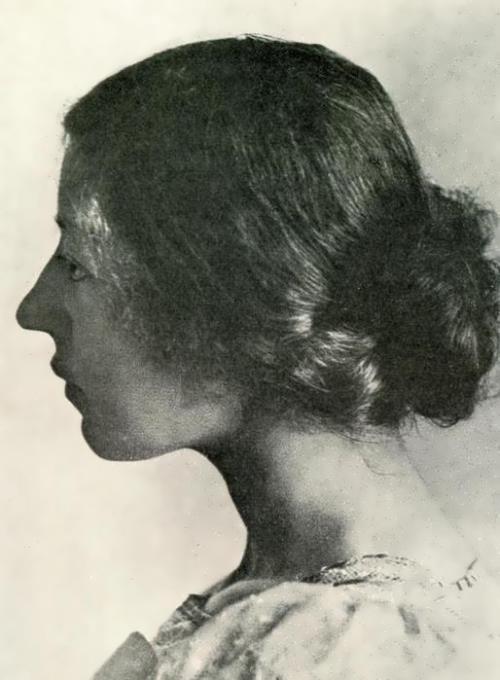 Maria Yakunchikova was a Russian artist of the Silver Age.
The girl was born on January 19, 1870 in Wiesbaden, Germany. Her parents – Vasily Yakunchikov, entrepreneur and philanthropist, and his wife Zinaida, were there on vacation. Even as a child Maria was fascinated by drawing and father invited artist N. Martynov to teach her. In 1882, her sister Natalia married artist Vasily Polenov and his sister Elena Dmitrievna became Maria’s best friend.
In 1885, Yakunchikova entered the Moscow School of Painting, Sculpture and Architecture, and soon she became a member of Polenov evenings of drawing. The landscape became her favorite genre.
In 1888, doctors recommended Yakunchikova to change the climate because of tuberculosis. Maria left the school and went to Europe.
You know, in the fall of 1889 Maria entered the Paris Academy, where she studied for four years.
In 1896, Yakunchikova married Leon Weber-Bauler, who studied at Sorbonne. Leon had a Russian passport, but most of his life he spent abroad and became a French citizen. Their son Stepan was born in 1898.

From 1897 to 1898 there was the culmination of the creative development of the artist. Her name was among the best names of Russian artists of those years. Besides painting, she tried her hand at majolica and graphics.
By the way, the members of the association World of Art invited Yakunchikova to participate in exhibitions.
In 1900 her mural Girl And The Wood Goblin, Ivan the Fool and The Firebird were exhibited at the World Exhibition in Paris.
In 1900, two-year-old son of Yakunchikova was diagnosed with tuberculosis. The boy was saved, but the artist’s health became poorer. In April 1901 Maria gave birth to her second son and that event finally undermined her health.
Yakunchikova died on December 27, 1902 near Geneva, Switzerland. She was only 32 years old. The chief editor of the World of Art magazine Sergei Diaghilev wrote and published obituary in the 12th issue of the magazine in 1902. 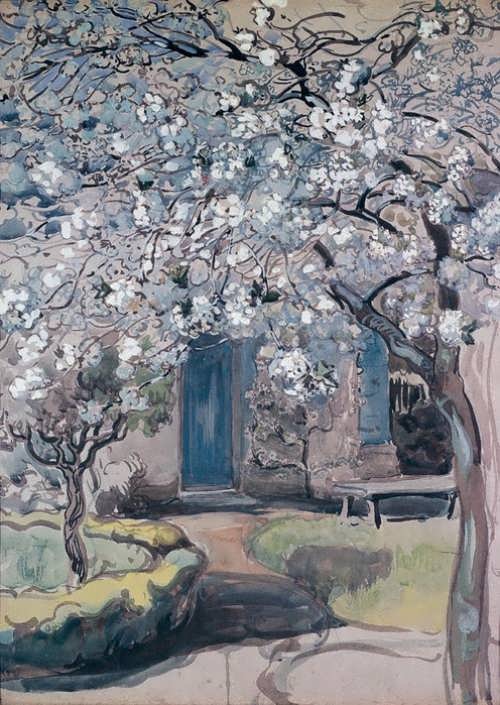 The legacy of the artist was divided between Russia and Switzerland. In Russia her paintings are kept in the Tretyakov Gallery, the Russian Museum, the Museum-Estate of V.D. Polenov. A large part of her works is in private collections of the heirs of the Weber family in Switzerland, in the house of the artist.
Source: www.liveinternet.ru 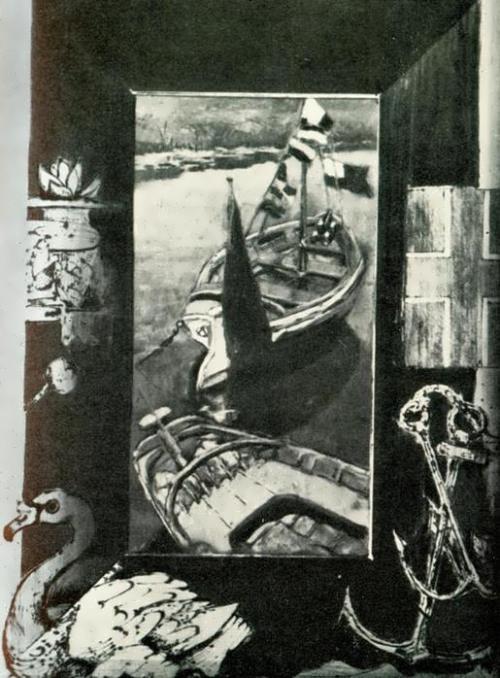 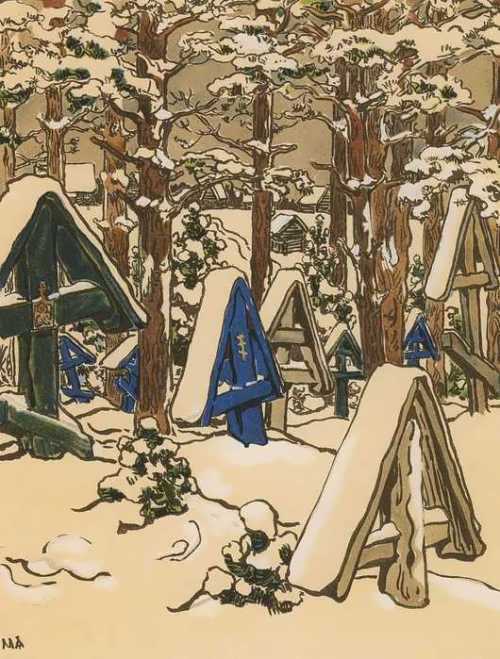 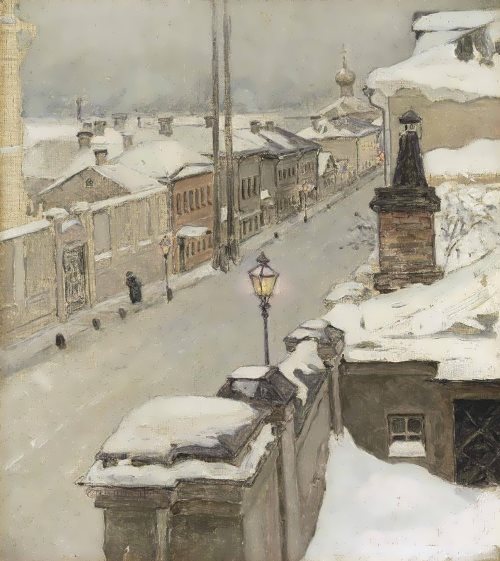 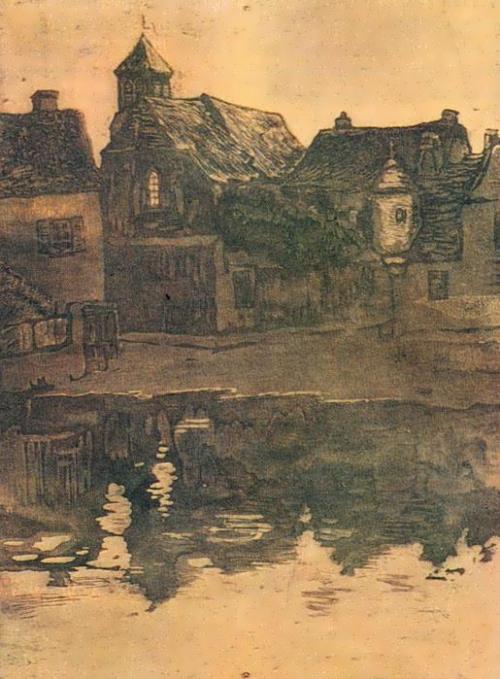 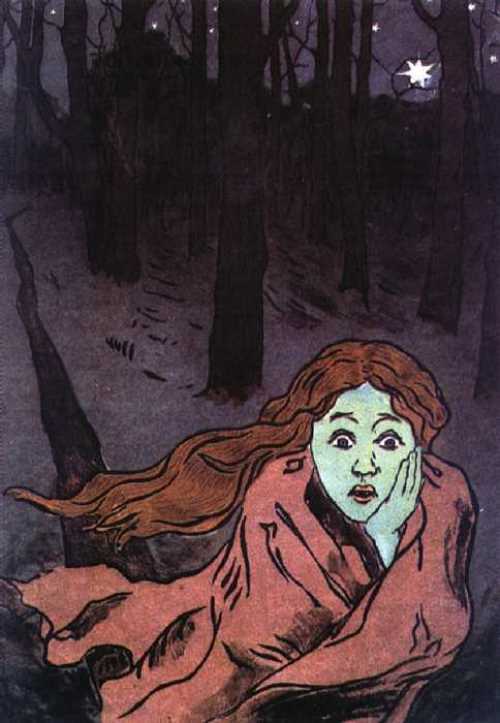 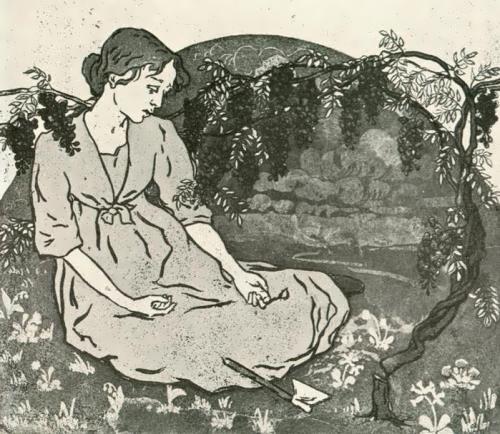 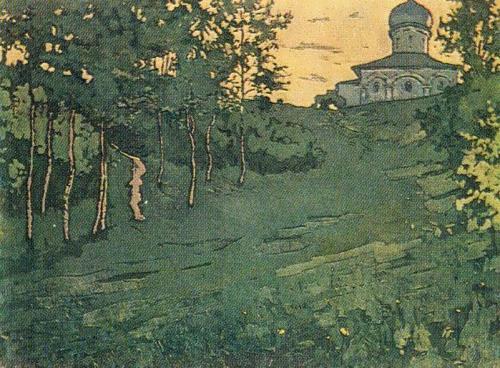 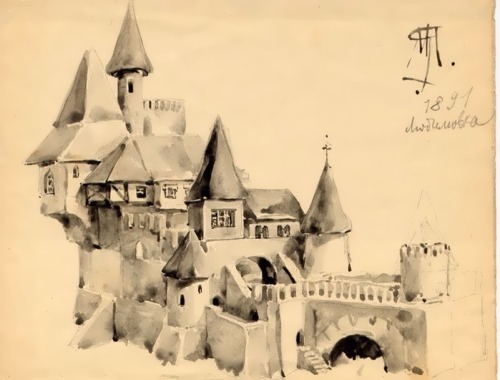 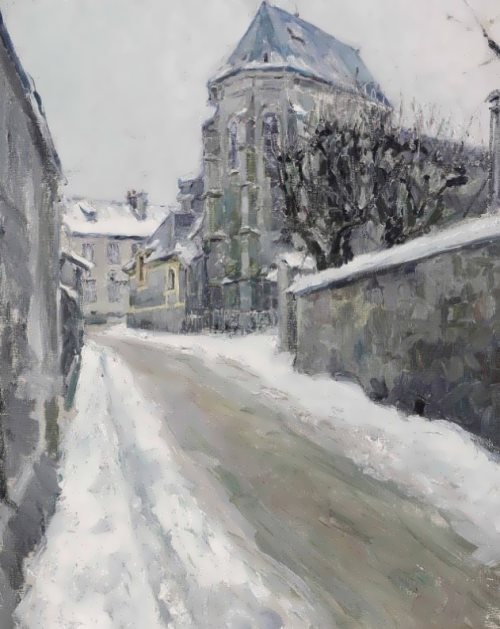 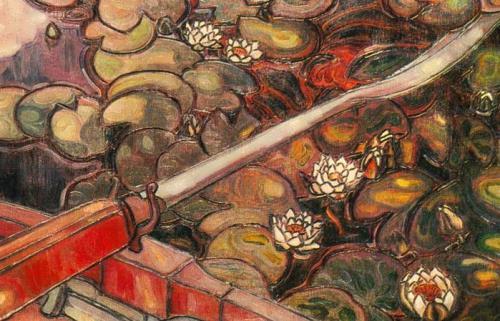 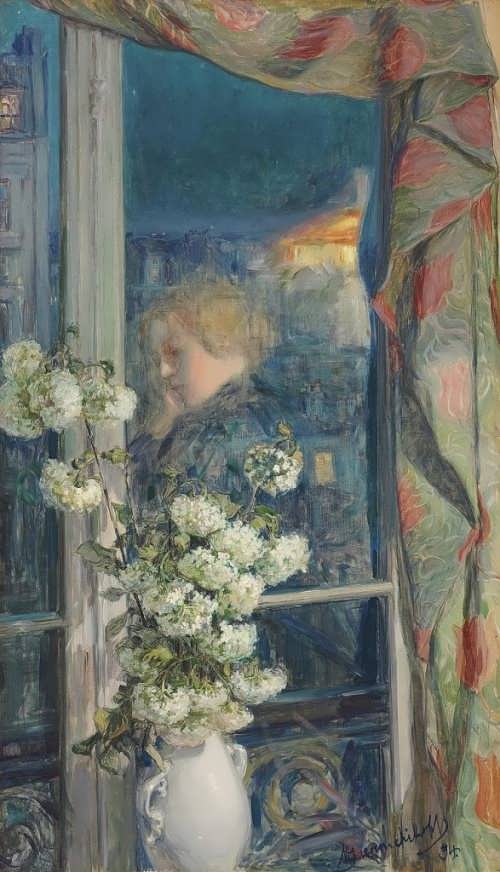 Reflection of the personal world 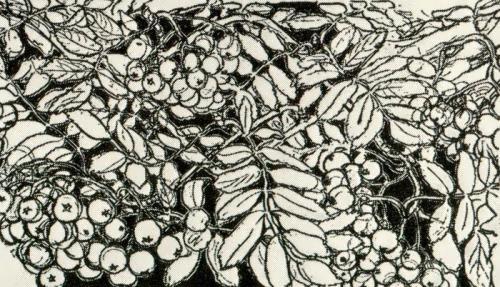 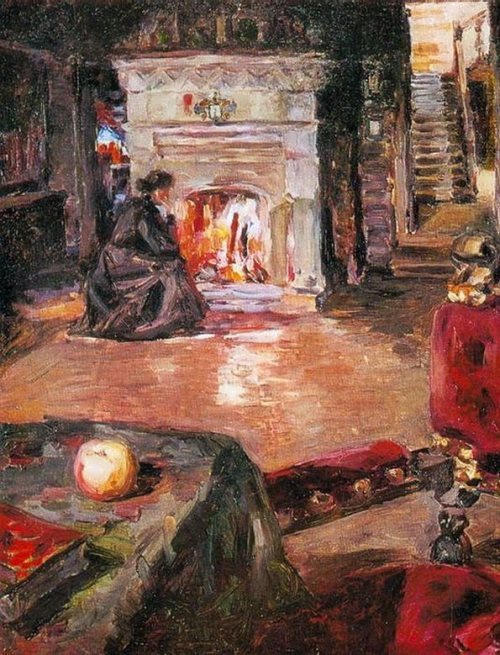 Self-portrait in the interior, 1895 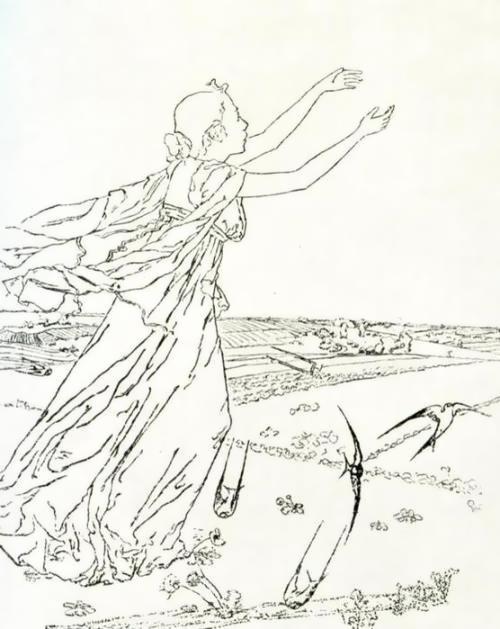 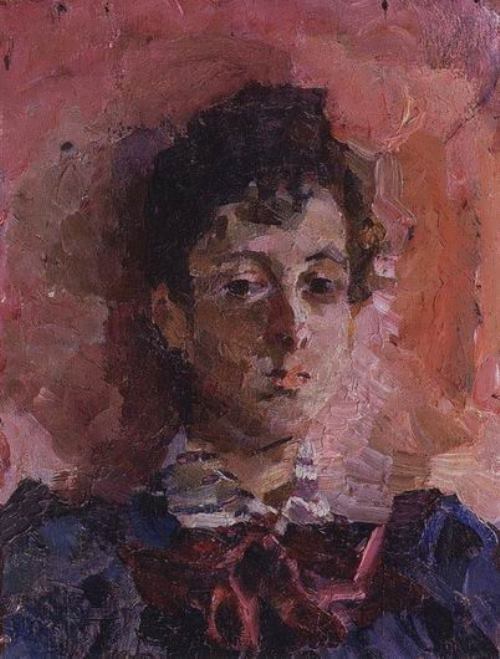 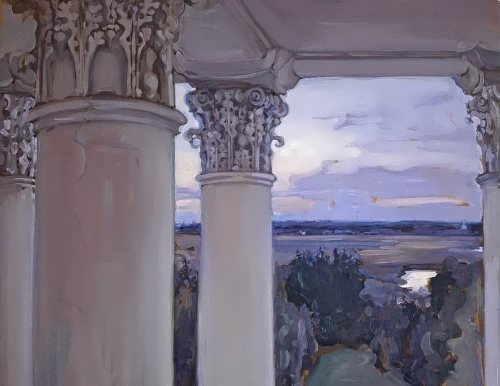 From the window of the old house. Vvedenskoe, 1897 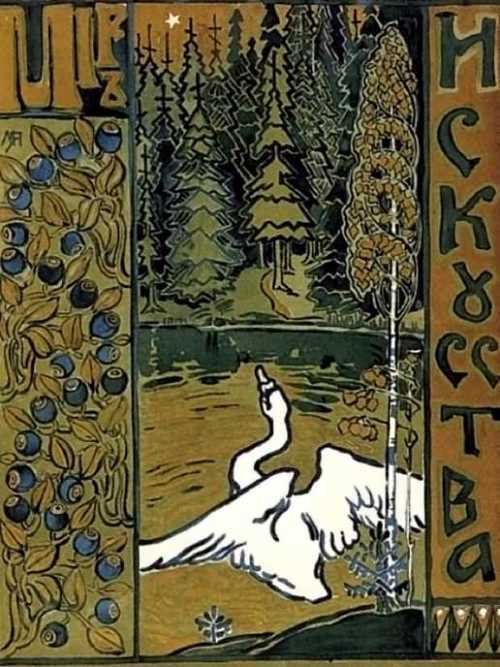 Cover of the magazine The World of Art, 1899