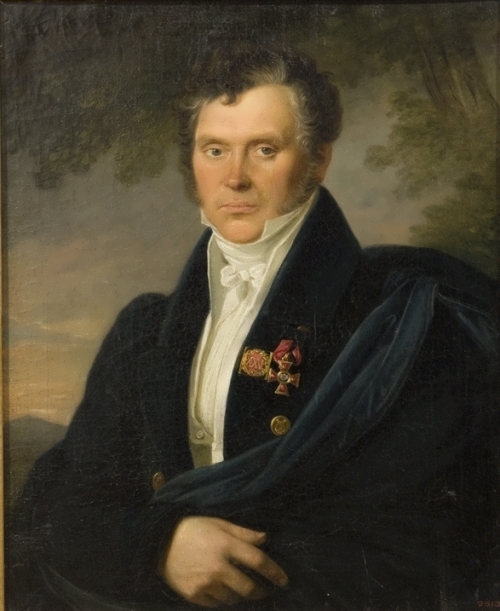 Stepan Pimenov was a sculptor of Russian classicism, who together with V. Demut-Malinovsky designed the buildings and structures by K. Rossi and A. Voronikhin. The Chariot of Glory on the arch of the General Staff is among his best works.
Stepan was born in St. Petersburg in 1784. His father Stepan Afanasievich held the rank of provincial secretary. When the boy was 11 years old the parents sent him to the Academy of Arts. He studied there from 1795 to 1803 and repeatedly received medals for his successful works.
In the fall of 1803, the sculptor was awarded the Grand Gold Medal for the work The Killing of Two Varangian Christians Who Refused to Bow Down Before Perun.
The difficult international situation did not allow Pimenov to go abroad as a pensioner, although, having received the Grand Gold Medal he had the right. To tell the truth, Pimenov never went abroad afterwards. All his life he lived in Russia.
By 1807 Pimenov had made a bronze statue of Prince Vladimir. The prince of Kiev, who stood at the beginning of the Russian state, is shown as strong-willed, full of militant courage leader of his people. In one hand he holds a wooden cross, and in the other – a sword. His face is severe. In the same year the young sculptor who successfully coped with the work was ordered to make statue of Alexander Nevsky. 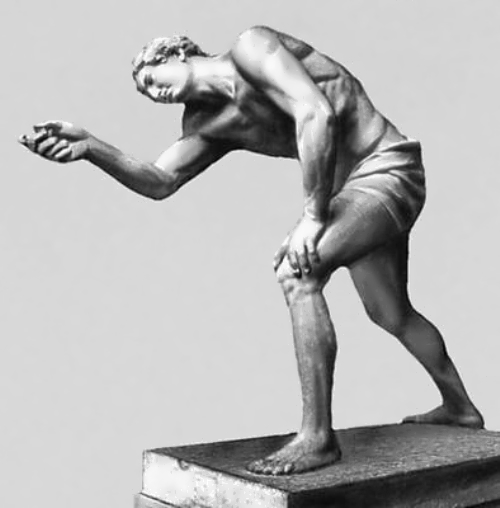 After graduating from the university, Pimenov taught there from 1809 to 1830 and in 1814 he became a professor.
Also he headed the sculpture department of the Imperial Porcelain Factory. Vases, dishes and figurines were made based on his models.
In 1815 the artist took part in decorating the Admiralty, designed by A. D. Zakharov. The sculptor had sculpted 16 statues for the exterior decoration of the tower, the main facade and pavilions on the embankment side.
In 1819-1820, together with sculptors I. Martos, V.I. Demuth-Malinovsky and I.P. Prokofiev, Pimenov worked on the creation of large plaster bas-reliefs, intended to be placed under the arches of the ceiling at the Academy of Fine Arts.
Pimenov died on March 22 (April 3, New Style), 1833. The artist was forty-nine years old. He was buried at the Smolensk Orthodox cemetery. In 1936, Stepan was reburied in the Necropolis of Artists at the Tikhvin cemetery of the Alexander Nevsky Lavra.
Pimenov had a daughter and two sons. His eldest son, Nikolai, shortly after the death of his father graduated from the Academy of Fine Arts and became a famous sculptor. 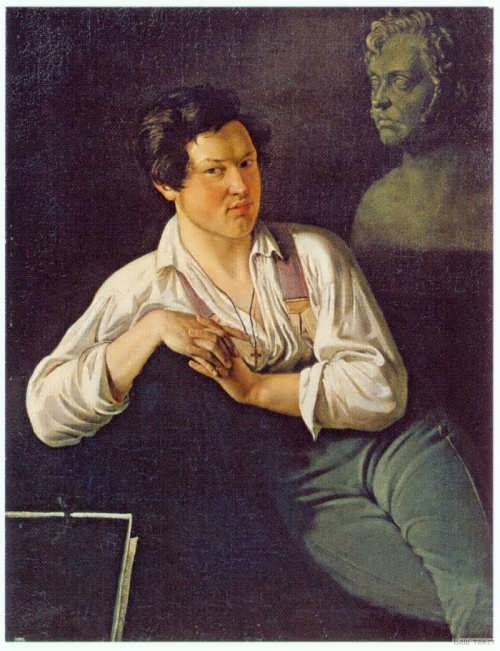 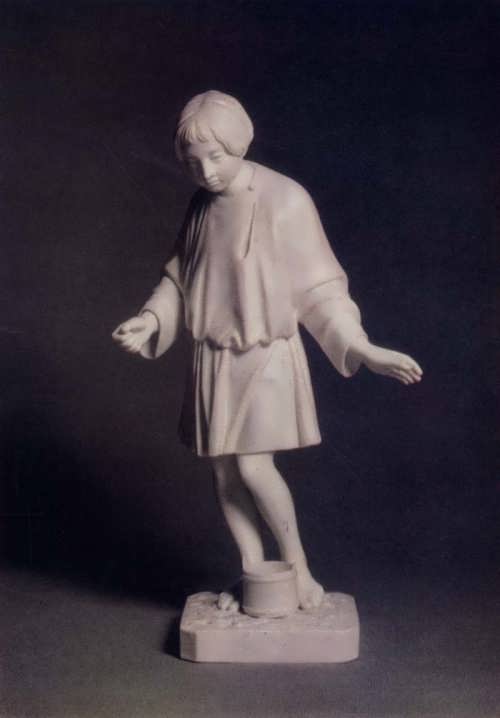 Boy, the beginning of the XIX century 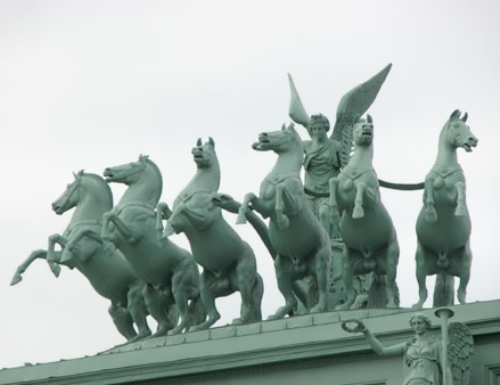 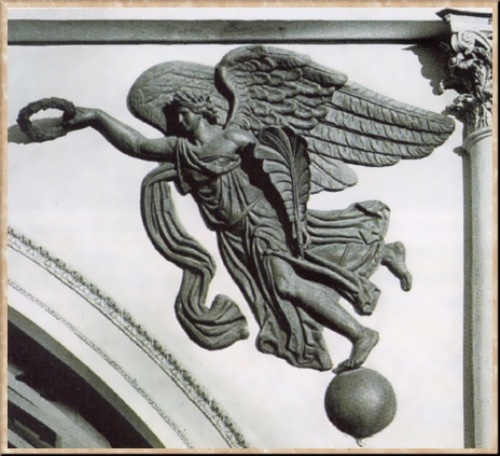 Glory. Bas-relief on the facade of the main arch of the General Staff, 1828 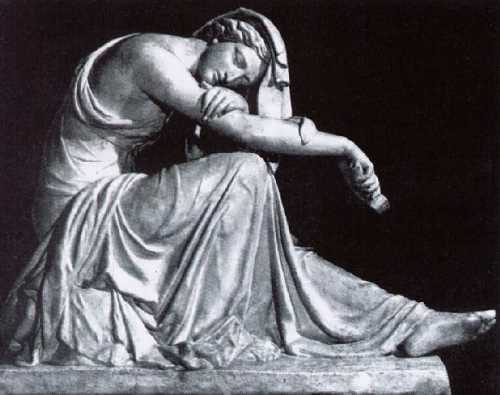 The project of tombstone to M.I. Kozlovsky, 1802

The old warrior. Statue on the facade of the main arch of the General Staff, 1828 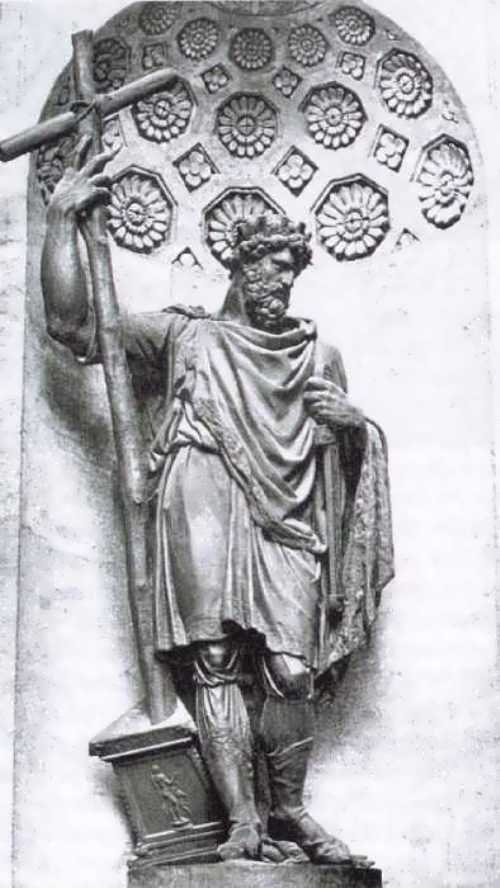 St. Vladimir. The statue in the Kazan Cathedral in St. Petersburg, 1804-07