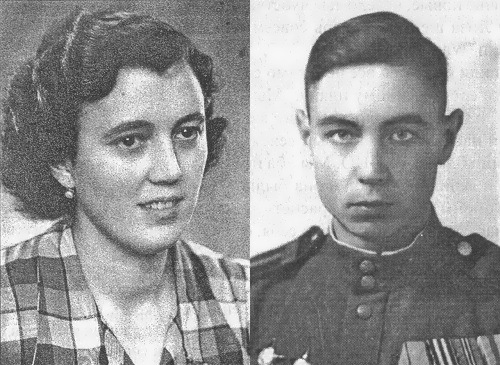 Love story of Soviet soldier and German beauty
The summer of 1945. Small town in Germany. Sergeant major Ivan spoke German, Lisa did not understand Russian. And they met each other… When they two were separated, she managed to whisper that she was waiting for their baby. And only after 62 years Ivan and Lisa got married.
It isn’t a story of modern TV series, but the real life story.

Soviet intelligence officer, 21-year-old Sergeant Ivan Byvshikh was appointed the commandant of the small town Heyerode in Thuringia.
On August 31, 1945 he met 20-year-old Lisa Waldhelm.
“Her mother opened the door to the living room. There were three girls and a boy. When I saw Lisa I fell in love.”
“He looked great. What a handsome Russian, I whispered to my sister.”

Girls bring the atlas and asked Ivan to show the place where his house was. “When her hair touched my cheek, I finally fell in love.”
Siberian called her Lieschen and she called him Wanilein.

In February 1946, the man returned to the Ukraine, after demobilization he studied in Tomsk, and then lived in Krasnoyarsk.
Lisa was pregnant. Unfortunately, she had a miscarriage, the child died.
Ivan and Lisa had been corresponding with each other for 10 years. Party officials strongly advised him to stop corresponding with a foreign girl. Ivan was forced to write about his marriage and a baby. The young man was standing next to the mailbox for an hour. It was very hard for him to send a false letter to the girl whom he really loved. He never thought about other women and wanted to be only with her.
In a response letter Lisa wrote that she would wait her whole life for him.
Ivan was married twice, he had children. But he wasn’t happy.
“Since 1972 I have been living in a studio apartment, like an old bear in a den” – wrote Ivan.
Once his daughter saw a yellowed letter from Lisa, learned her father’s love story and forced him to write a book about it.
For the story Lieschen and Wanilein Byvshikh received a literary prize in 1995.
“Dad, – said Ivan’s daughter – you must find this woman.”
And he sent a letter to the old address. Her relatives said briefly: “Married, lives in Luxembourg” and didn’t give her address.
Ivan’s book was so touching and readers began to search for Lisa. When Anna Barshchevskaya was abroad she managed to find Lisa’s phone number.
80-year-old Lisa lived with her husband in a three-story mansion in Luxembourg. At the age of 40 she got married, but she could not have children.
After the phone call Lieschen went to Krasnoyarsk.
2006. At the airport there was an elderly man with a bouquet of roses and homemade poster “Lisa, ich Liebe dich sehr” (Lisa, I love you very much). 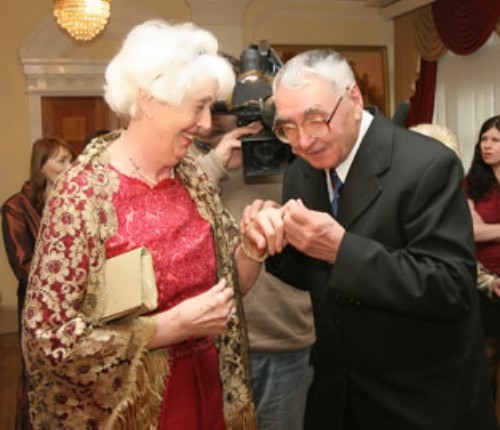 Happy together. Ivan and Lisa

Lisa told that in her town back in 1945, there was a large stone wall with the words “Victory or Siberia”. The young girl was very afraid of Russian soldiers and Siberia. And 60 years later, she voluntarily came to Siberia to marry the Russian soldier.
In December 2007 they got married. Governor Alexander Khloponin presented Just Married with a new flat.
Officially they were spouses for only two and a half years, because Lisa’s husband didn’t want to divorce her.
Despite the fact they lived in Russia Lisa didn’t speak Russian.
They met again in their eighties, and were happy until fate separated them again – this time forever.

On June 28, 2010 Lisa died. And Ivan made his last present a huge heart with black ribbon: In Liebe Dein Mann Wanja (With love – your husband Vanya).
There was only one wish the couple didn’t fulfill – they wanted to walk hand in hand in the streets of Heyerode one more time.

In autumn 2013 veteran Ivan Byvshikh died. There were Lisa’s dresses, her photos on the walls in his flat.
Source: www.pravda.ru 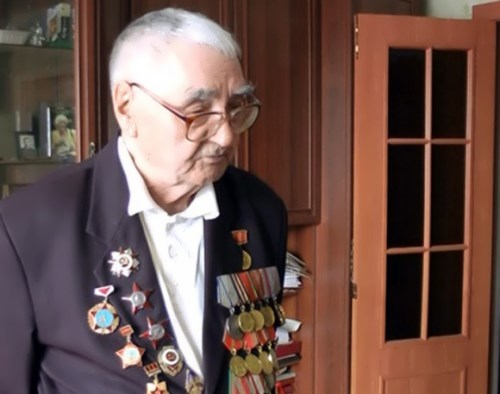 Ivan Byvshikh. I love my Lisa even now when she left this world 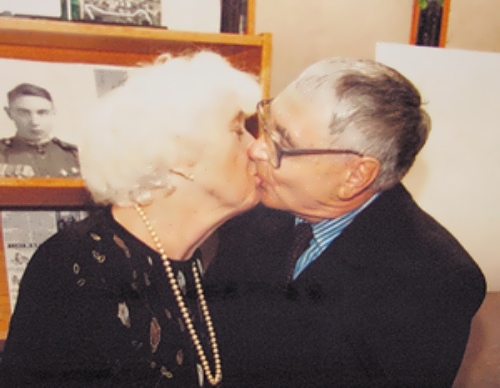 They were waiting for the happiness for 60 years