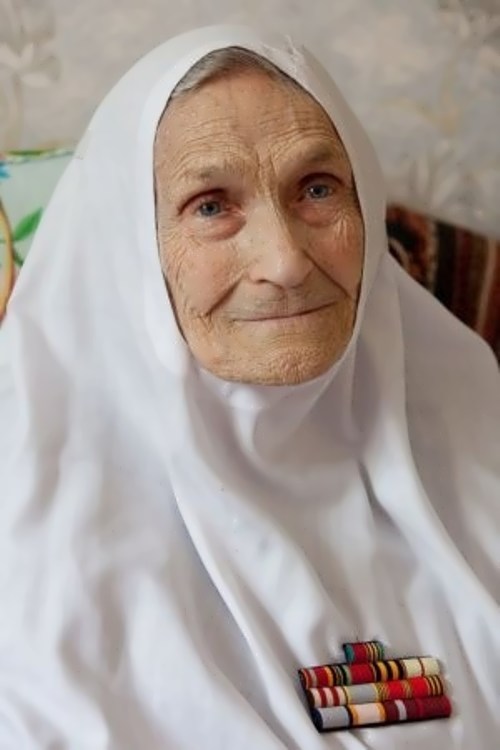 Why did the Soviet scout – atheist decide to become a nun? What did she experience during the Great Patriotic War? And what happened to her in recent years?
Former intelligence major Natalia Malysheva became a real star late in life: there was a book about her, famous artist painted her portrait and Patriarch of Moscow and all Rus wanted to meet her.
Being at the height of her career scout atheist went to the monastery.
She went through the Great Patriotic War without a single injury. Marshal Rokossovsky entrusted secret missions to her. She met the victory in Potsdam, Germany.
In 1990s Malysheva became seriously ill. When she was able to move she came to the nearest church.

Natalia was born in 1921 in Feodosia, Crimea. Her father was a friend of Dmitri Ilyich Ulyanov – Lenin’s brother.
In October 1941, Natalia joined the Soviet Army. The girl, engaged in horseback riding, parachute jumping, shooting and able to provide first aid, was offered to become a scout.
The first miracle, so she called an event happened in her early days at the front, was the Battle of Moscow. Natalia rescued the wounded soldier, she was carrying him under fire. 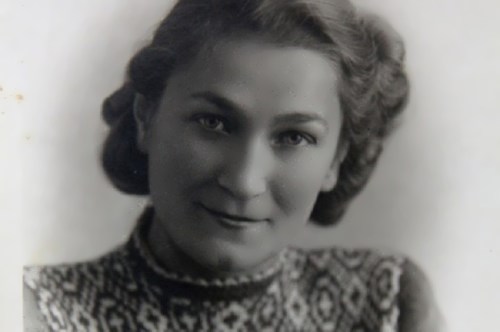 Then it was found out that Malysheva was fluent in German. In Stalingrad, when Soviet troops took the city, Natalia walked in the streets and urged Nazis to surrender. They shout after her: “Traitor!”
Natalia was sent to wiretap German telephone lines. Once she was caught. Malysheva realized it was the end and wanted to shoot herself. The German soldier noticed her hand movement, snatched the gun and suddenly said: “In general, I do not fight with the girls, get out of here.”
She did not believe in salvation, and waiting for a bullet in her back the girl went to the wood.
“Stop”, he said. “Take your gun back, otherwise you will be shot by your own, if you come back without service weapon.”

This story she kept a secret for many years. Natalia also secretly visited camps for prisoners of war and looked for a German officer who did not kill her.
In the 50s Malysheva led the development of surface to air missile at the Missile Plant. She was the only female chief. As a leading designer of rocket engines she often was at the Baikonur Cosmodrome, where she worked with the lead Soviet rocket engineer and spacecraft designer Sergei Korolev. 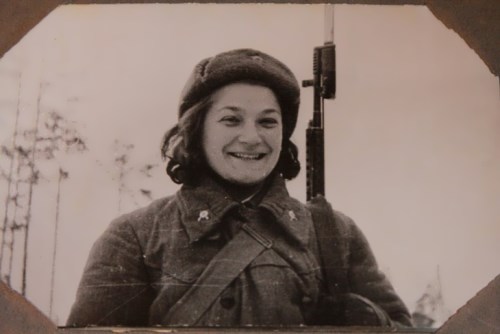 Mother Adriana was married. She did not like to talk about it because until the end of life kept a photo of her first fiance – Mikhail Babushkin. He was a pilot, just like his father – Hero of the Soviet Union. Unfortunately, he tragically died in the first months of the war. Mikhail was very important for her and she could not forget him.
After the war, Natalia married Colonel, but they were together for only four years. In 1949 they parted.

Artist Alexander Shilov painted her portrait in 2010, two years before her death.

In December 2009 in Moscow, Mother Adriana was awarded Order of St. Andrew for her faith and loyalty.
On February 4, 2012 Natalia Malysheva died.
Source: www.m24.ru/articles/44271 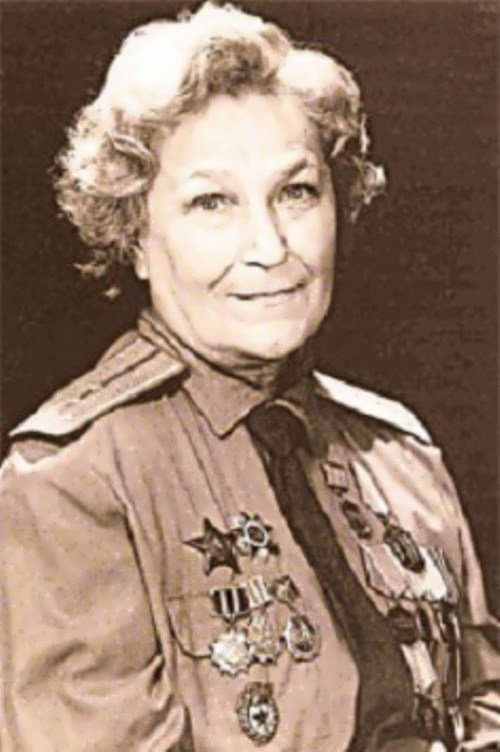 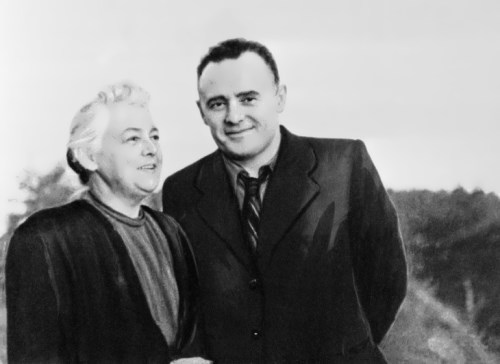 Sergei Korolev with his mother in 1950. Photo: ITAR -TASS 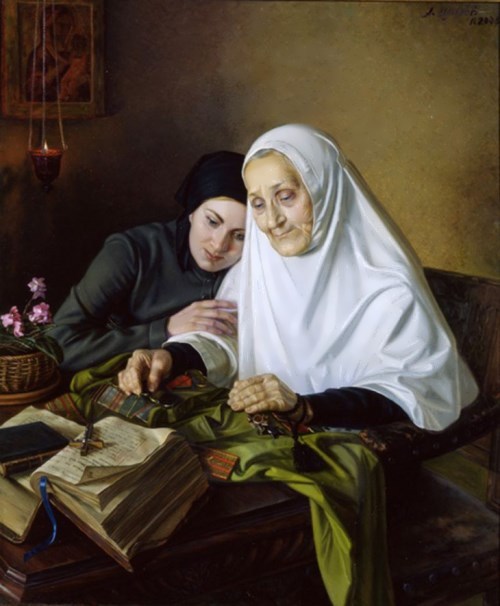 Alexander Shilov. For Faith and Fatherland 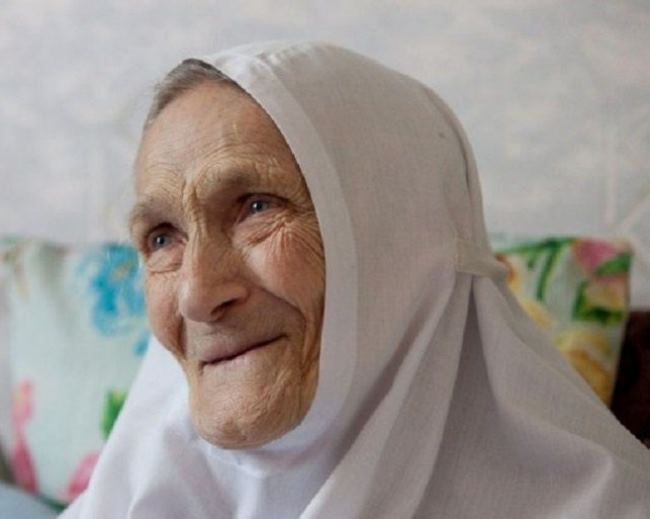