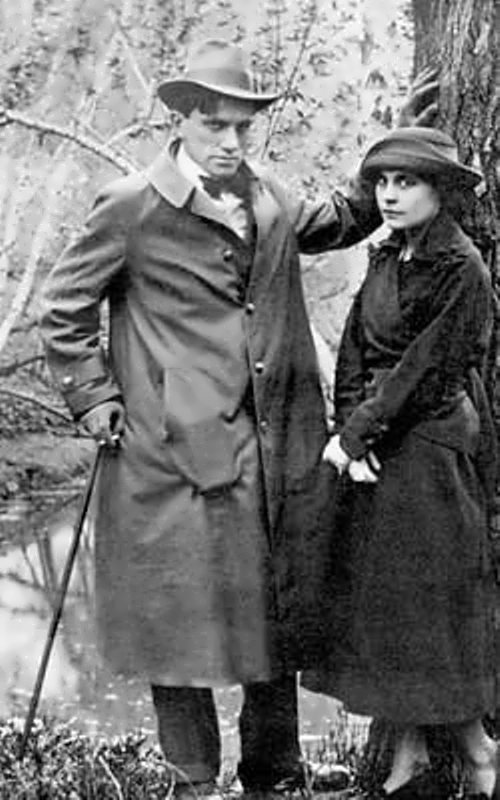 On August 4, 1978, at the age of 87, Lilya Brik committed suicide by taking a lethal dose of sleeping pills. She made a difficult decision because she was confined to bed and could not have a normal life.
And the life of the great muse and temptress was truly remarkable until the end. In her appearance there was nothing that could be called beautiful. But she could be fatal and drove men crazy.
By the way, she was one of the most famous and influential women in Russian and Soviet culture. She was admired by men and helped many talented people to become famous. Pablo Neruda called her “muse of Russian avant-garde”.
When great poet Vladimir Mayakovsky met Lilya in 1915, he fell in love at first sight. Later Vladimir constantly confessed his love to her, claiming that he had written everything only thanks to her.

Lilya Kagan was born on November 11, 1891 into a wealthy Jewish family in Moscow. Her father worked as a lawyer, and in his free time he read books and visited literary and art circles. And her mother, who graduated from the Moscow Conservatory, brought up children.

Little Lilya and her younger sister Elsa spoke German and French, played the piano and were educated in a private gymnasium. After graduation from the gymnasium in 1908, Lilya decided to become a mathematician and attended courses for a whole year. Then she studied at the institutes of architecture and painting, as well as the University of Munich. By the way, her sister Elsa Triolet became a French writer.
In her teens Lilya brought a lot of trouble to her parents, because she always fell in love easily.
At the age of 13 she started dating. And every time it was love “to the grave”. She even was going to marry her uncle (!). Of course they didn’t get a permit.
As a result of one love affair 17-year-old girl became pregnant. Lilya was sent to the village, where she had an urgent abortion, after which she lost the ability to have children. 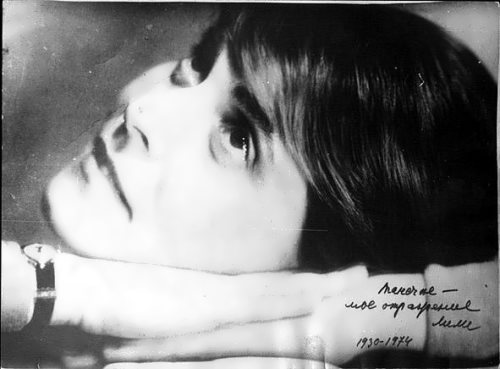 On February 26, 1912 Lilya married poet-futurist and poetry critic Osip Brik.
Soon the couple moved to St. Petersburg, where in 1915 Lilya met poet Vladimir Mayakovsky. They began dating, but Lilya remained married to Osip. Their house was an analogue of literary salons, which was visited by writers, art and culture figures. You know, Maya Plisetskaya and Rodion Shchedrin often visited literary evenings.
The girl definitely influenced the work of Mayakovsky. After June 1915, his lyrical poetry was almost exclusively devoted to Lilya: A Cloud in Trousers (1915), The Backbone Flute (1916), About This (1922), Lilechka! Instead of a Letter.
Mayakovsky and the Briks became inseparable, they lived together in one flat.
Besides, Mayakovsky wrote the scenario for the movie Enchanted by the Film, in which he played along with his beloved woman.
From 1922 to 1928 Lilya was involved in publishing of the LEF magazine (Leftist Front of Arts) and her portrait by Alexander Rodchenko appeared on the cover.
On April 14, 1930 Mayakovsky committed suicide. Lilya was on a trip in Europe and couldn’t save him as twice before.
Brik wrote a letter to Joseph Stalin asking for permission to organize the Mayakovsky Museum.

According to Lilya, she had four husbands: Osip Brik, Mayakovsky, V. Primakov (a prominent Soviet military commander, who was shot in 1937) and Vasily Katanyan. By the way, Lilya lived together with her last husband forty years.

On August 4, 1978, in Peredelkino Lilya wrote: “There is no one to blame in my death. Vasik! I adore you. Forgive me. And friends, forgive me. Lilya.” She took the pills and added: “Nembutal, nembut …” 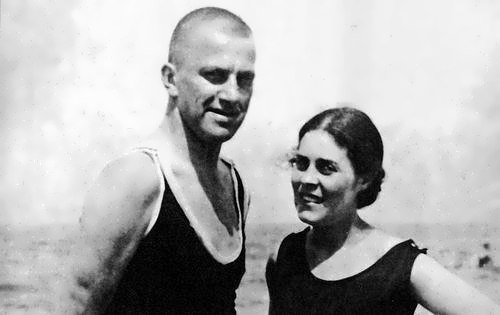 The famous fashion designer Yves Saint Laurent admired Lilya’s sense of style and on the 85th birthday, he presented her with a gorgeous dress.
Source: www.biografii.ru 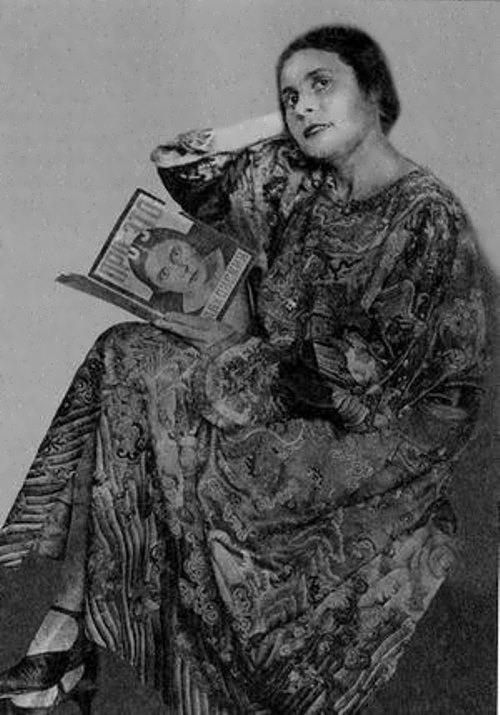 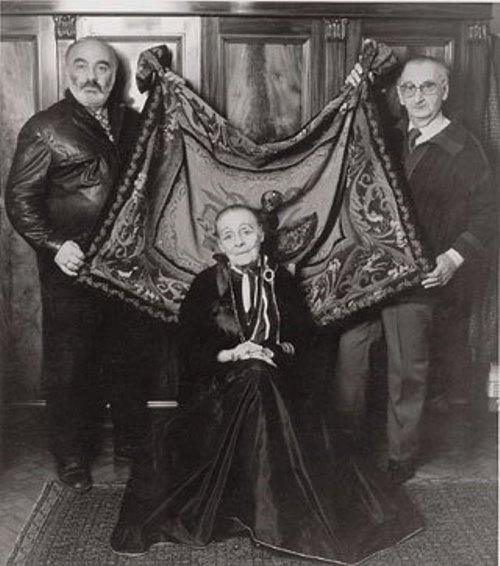 Lily with her husband Katanyan and last love Parajanov 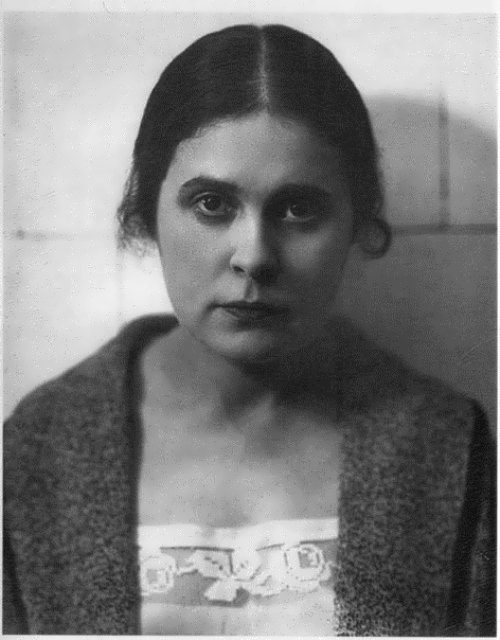 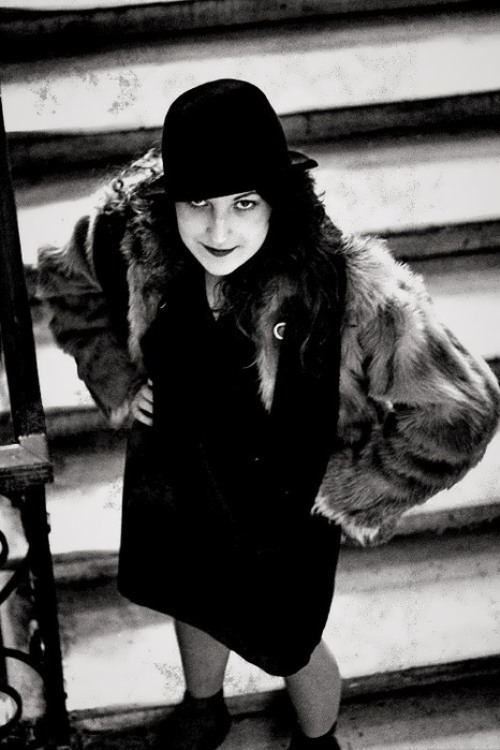 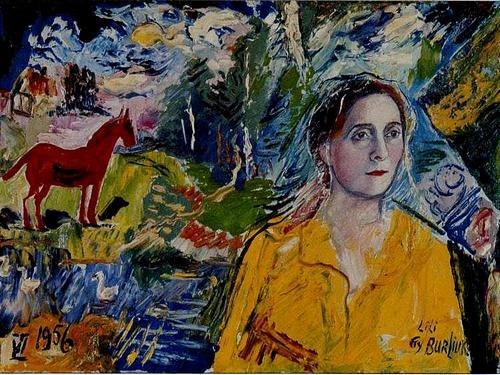 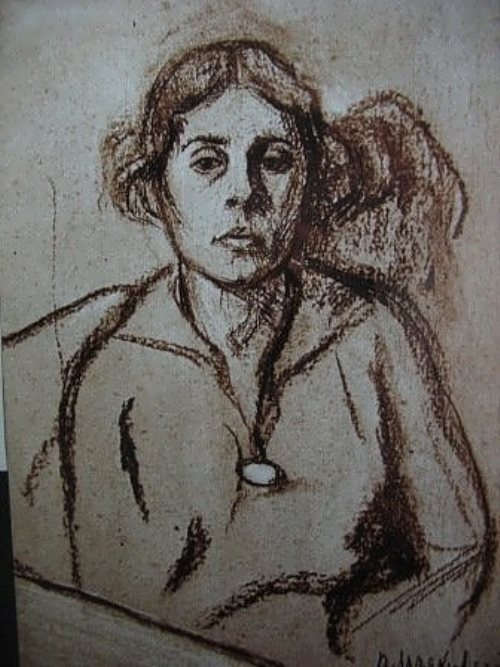 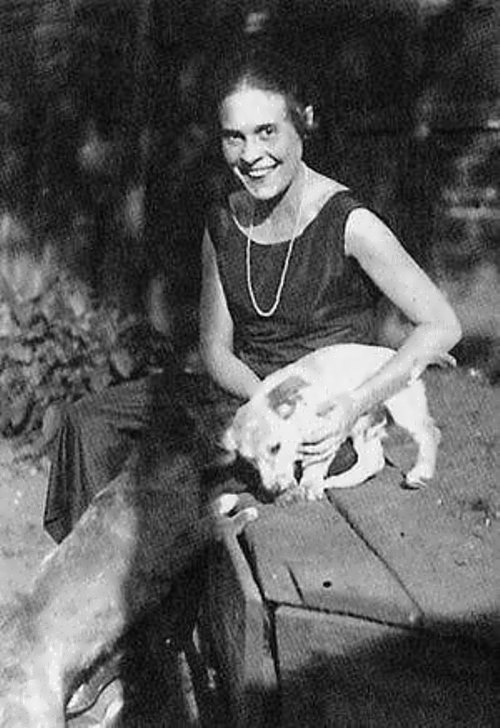 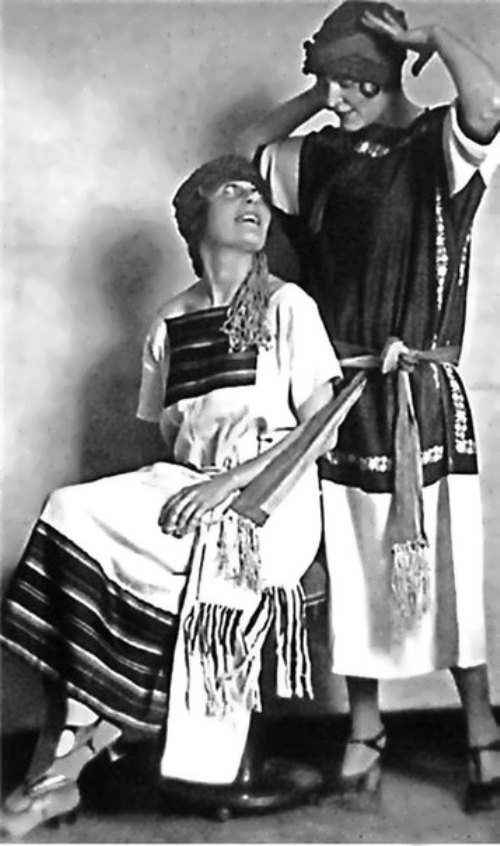 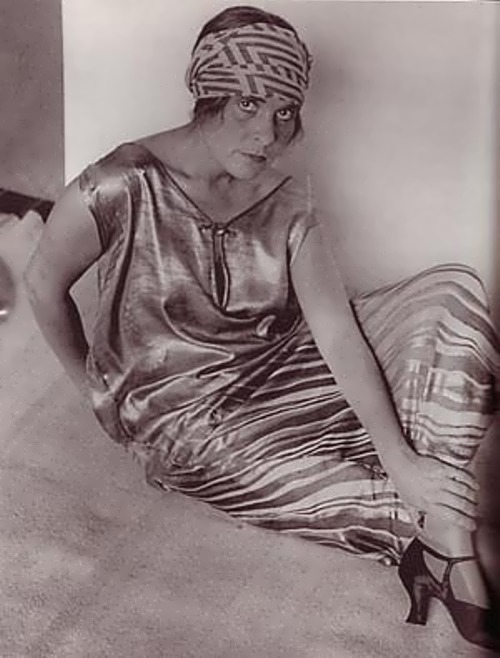 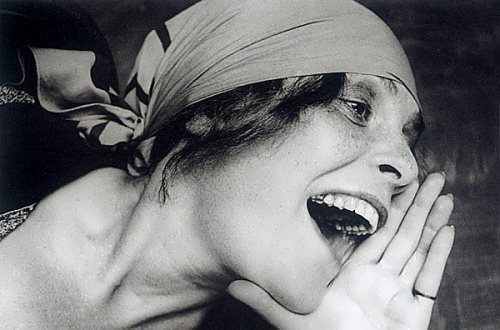 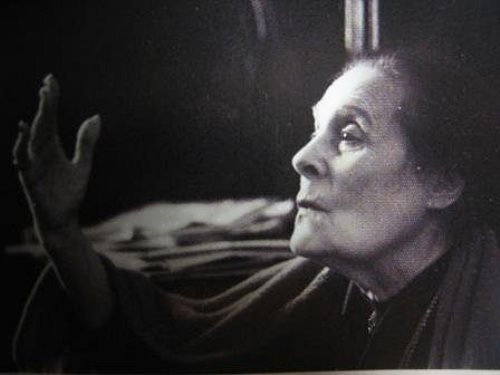 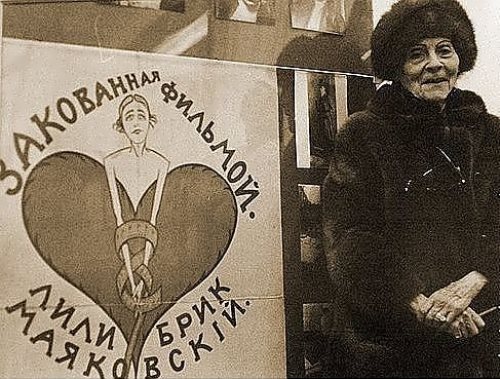 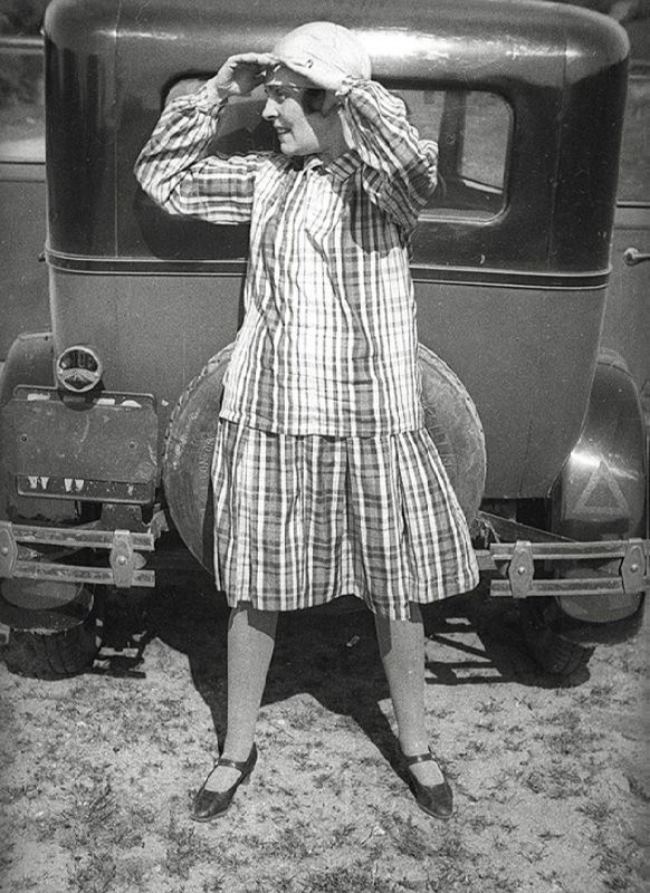 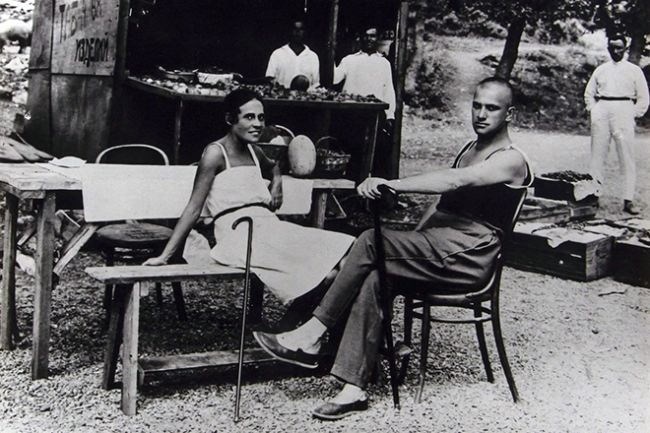 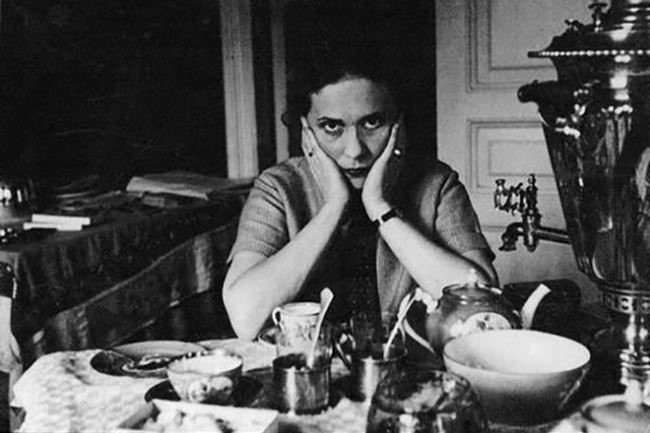 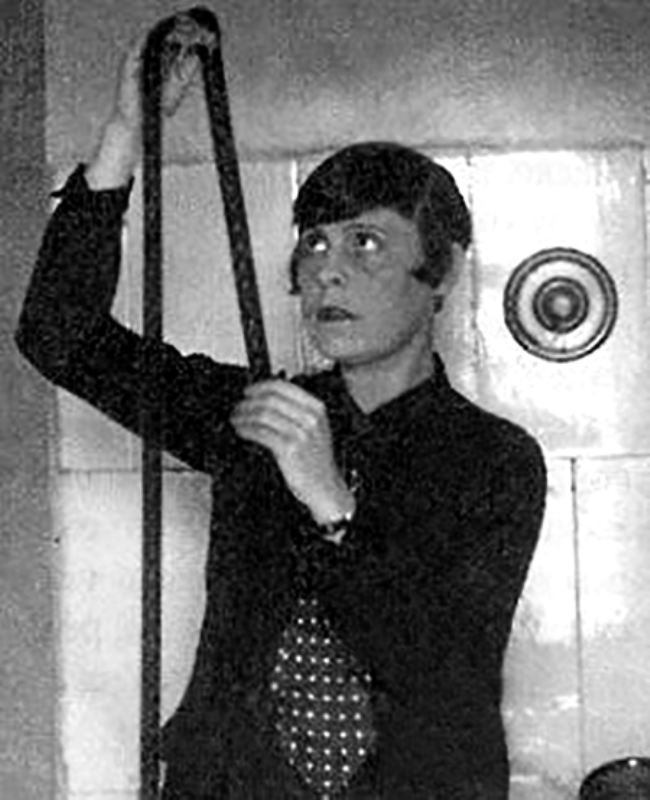 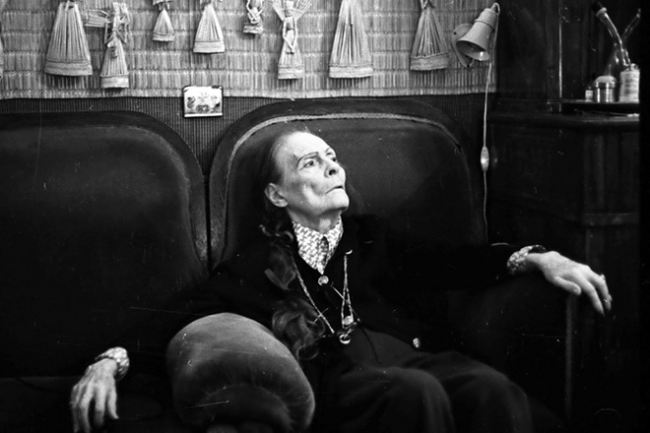 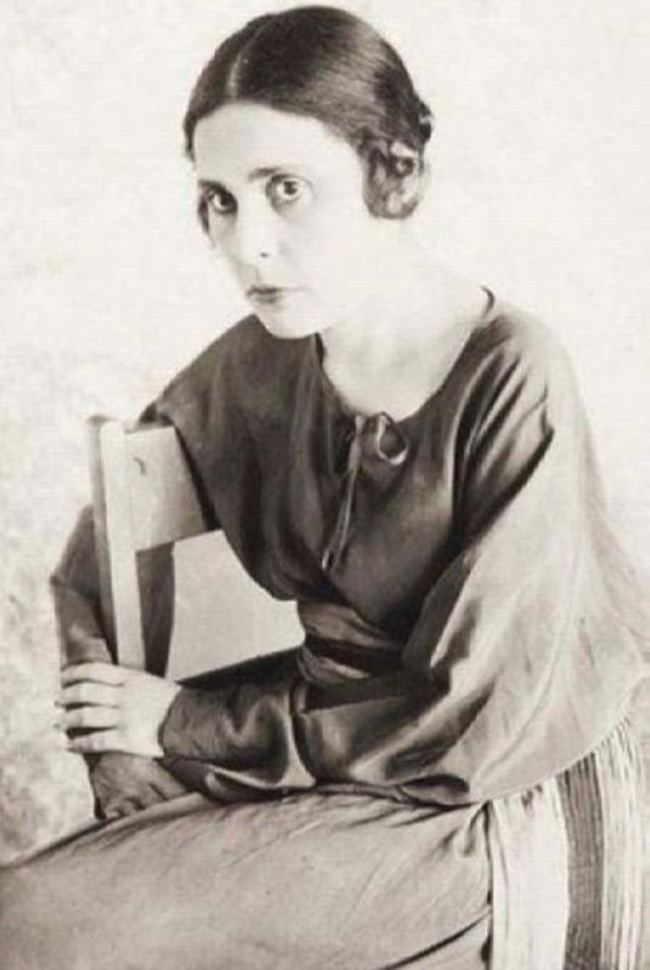 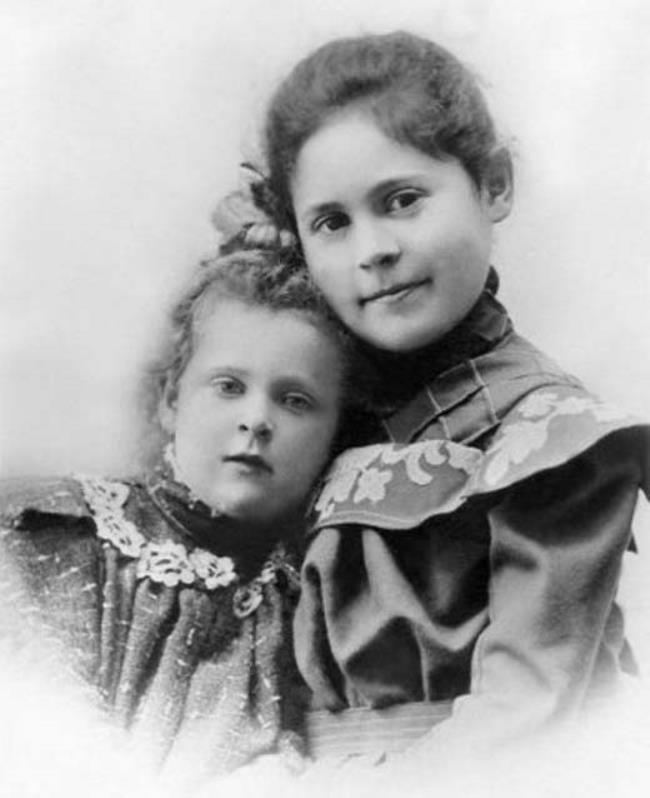 Little Lilya Brik with her sister 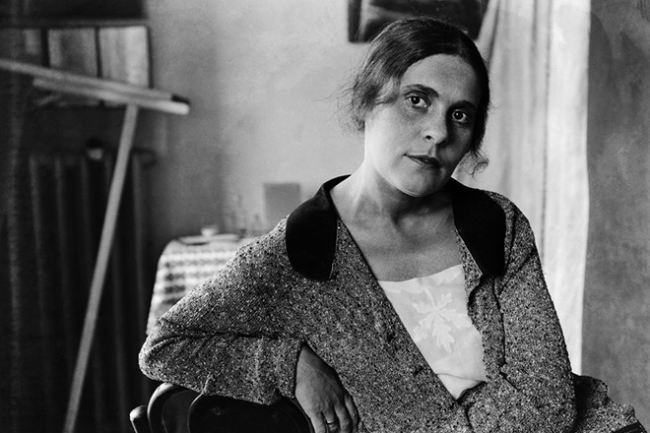 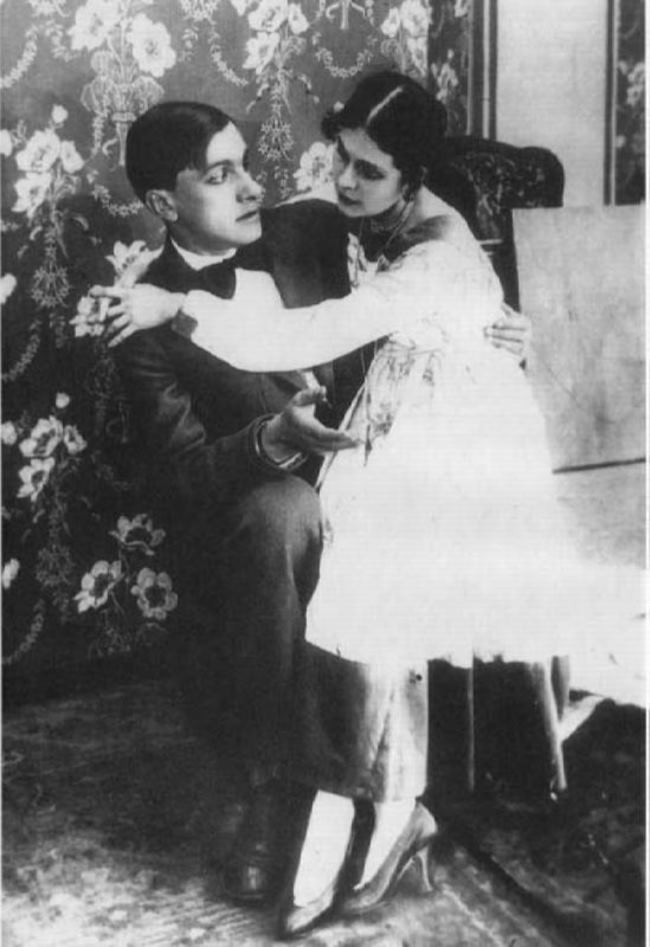 Mayakovsky and Brik in the film 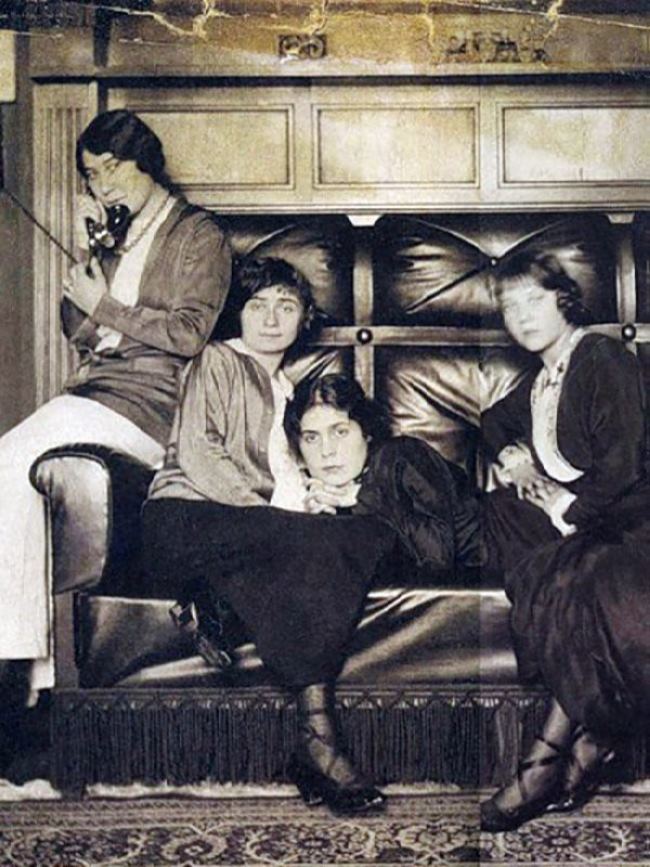 Original Brik Lilya with her friends 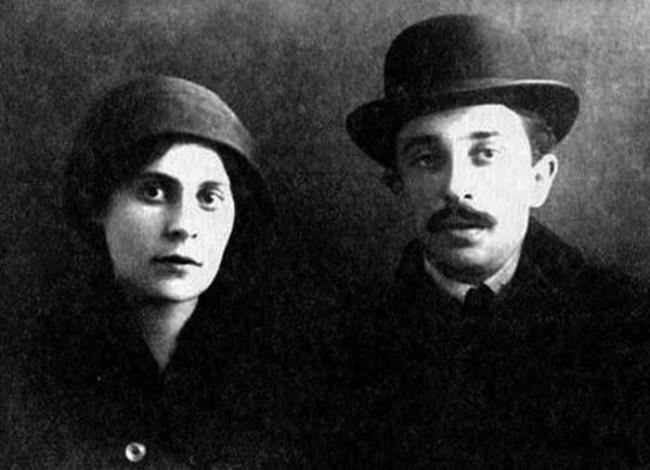 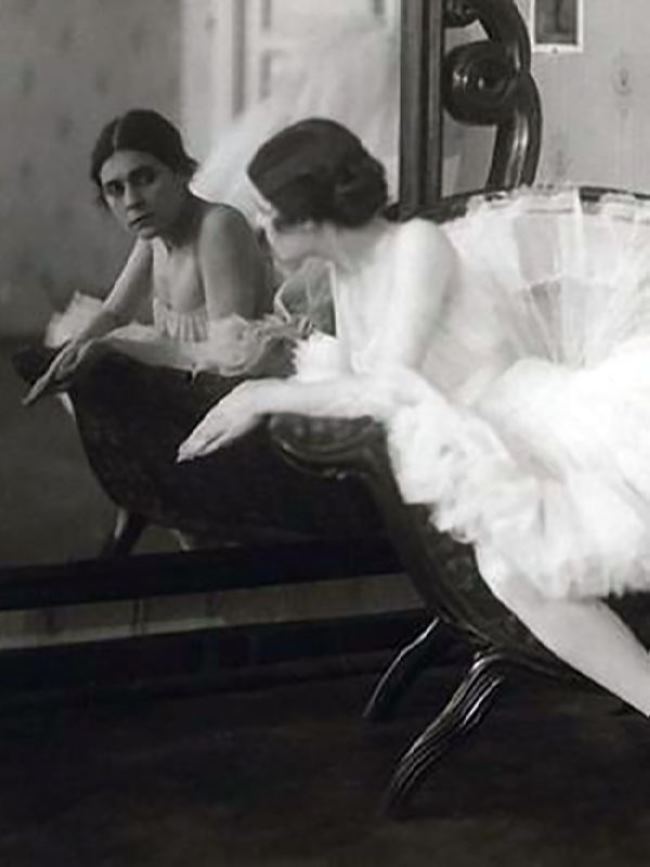 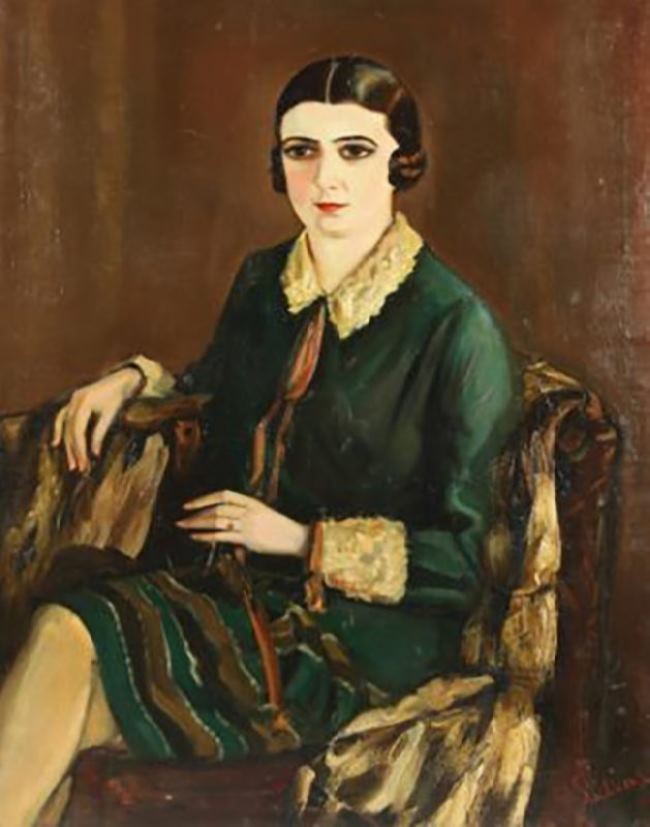