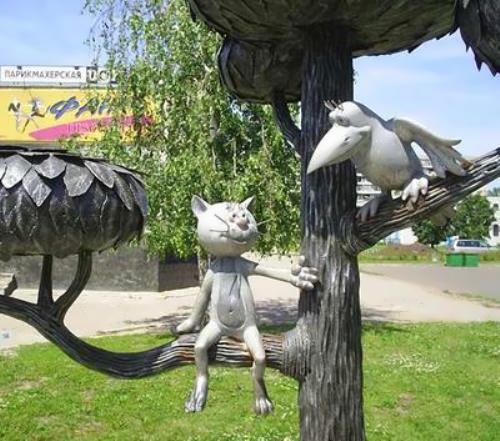 On October 24, 1745 Empress Elizabeth of Russia ordered to bring cats to catch mice in the royal palace. Cats are very cute animals. We can see a lot of pictures of them on the Internet, we keep them as pets, and there are a lot of monuments in different cities and towns all over the world dedicated to them. But let’s talk about the cats famous in Russia.

Kazan Mouse Hunters
On October 24, 1745 Elizabeth, who was very afraid of rats and mice lived in the royal chambers, ordered to bring in cats – mouse hunters to destroy rodents. It was the governor of the Khanate of Kazan who gave the Empress the piece of advice. He promised to catch and send to St. Petersburg 30 (other sources say 300) cats rat-catchers. It is known that Kazan cats were very large and had wide muzzles. Only male cats were sent to the Russian capital. At first they lived in a small palace and then in the Winter Palace. 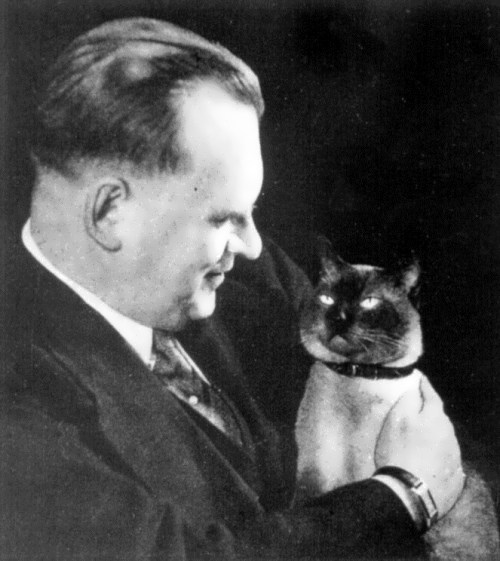 Alexander Alekhine, the great Soviet chess player, had a Siamese cat named Chess. The cat was a real mascot for Alekhine, his companion. So he took his favorite cat all over the world and regularly took him to the competitions. Usually Chess sat on the lap of Alexander’s wife or someone’s from his team, and during the final series for the world title with Dutch chess player Max Euwe, the cat even checked the chessboard before each game, sniffing it. 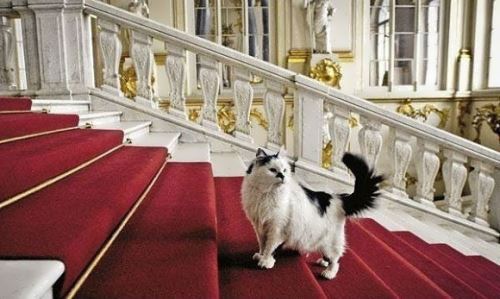 Cats have lived in the Hermitage almost since its inception, and even become one of the main legends, if not the exhibits of the museum complex. A few years ago the documentary about the Hermitage cats was made. During the siege, when all cats died, the Hermitage immediately was flooded by hordes of rats. The problem was solved only after the war when new rat hunters were brought. Now there are about seventy cats in the Hermitage. They are fed by the museum staff, and each of them has its own passport. 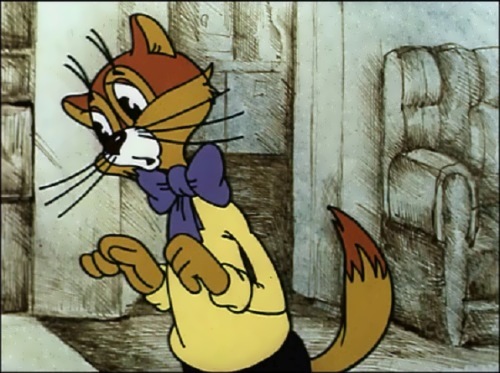 Leopold the Cat is the main intellectual of Soviet animation, voiced by the best actors of the country (Andrei Mironov, Gennady Khazanov and Alexander Kalyagin). He is a good-natured and prudent cat. He nor drinks alcohol neither smokes, and always wears a bow tie even when swimming. Leopold’s catchphrase is “Let’s live in friendship, guys”. The cat doesn’t hunt the mice, and vice versa – the mice play pranks and want to catch the cat. 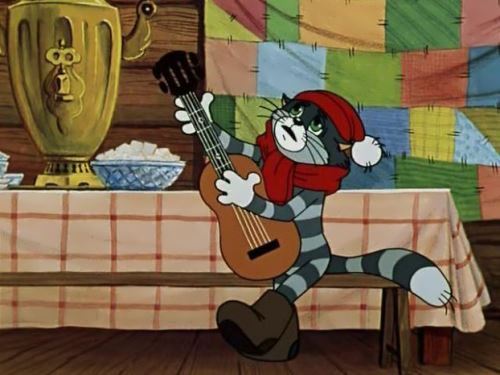 He is another charming character of Russian animation. Matroskin is sensible, economical and even, sometimes selfish. 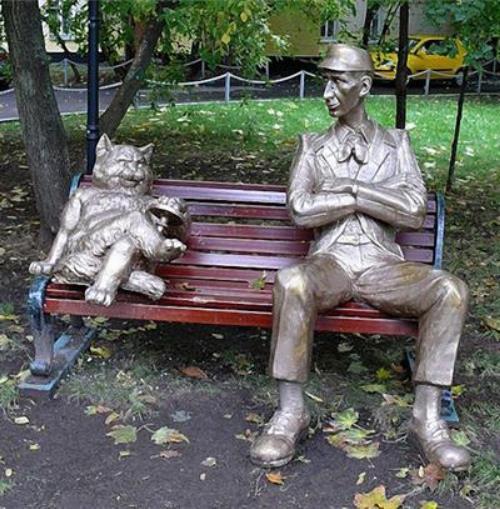 Monument to Behemoth and Koroviev, Moscow

Behemoth from Bulgakov’s novel Master and Margarita is perhaps the most famous literary cat. He was named in honor of the beast from the Old Testament. The cat behaves badly: drinks vodka, entertains Voland’s retinue, and even has made a fire in restaurant and has beaten variety administrator Varenukha. But in general, despite his sometimes wicked pranks Behemoth is a typical comic character, who evokes sympathy in the readers. 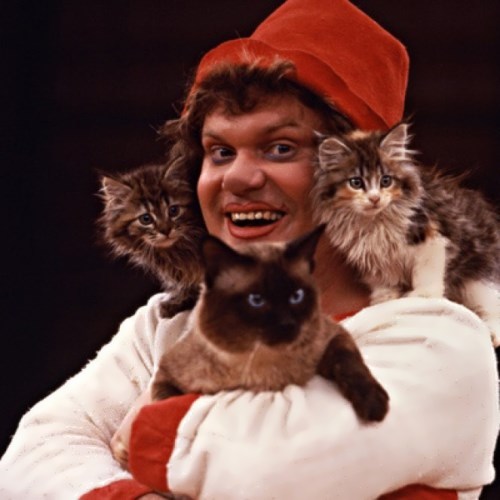 Probably there is no a single man in the country who has never heard the name of the main cat owner of Russia. Yuri Kuklachev is a clown and trainer of his countless army of cats. They are probably the most bizarre and crazy phenomenon on the national circus scene.

There are a lot of monuments dedicated to cats in Russia. Let’s have a look at them! 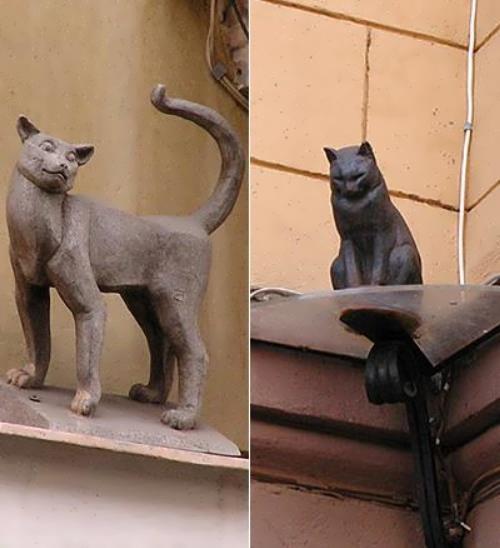 There are two small monuments in the historic center of St. Petersburg.
According to one version, the two figures facing each other is a monument to Yaroslavl cats. Hungry rats were one of the worst nightmares for people during the siege of Leningrad. Urban rats attacked the half-dead people because there was no food. Shortly after the blockade 4 wagons full of smoky cats were sent to Leningrad from Yaroslavl region (they say, smoky cats are the best rat-catchers). Many people wanted to have the cat and there were even queues. In January 1944 in Leningrad a kitten cost 500 rubles, while the kilogram of bread was sold for 50 rubles.
On January 25, 2000 famous St. Petersburg businessman Ilya Botka presented the city with a figure of Cat Elisha. The cat got bored and on April 1, 2000 he had a girlfriend – lady-cat Vasilisa.

Her official name is Tisha Matroskina. On June 8, 2007 this honorary citizen of St. Petersburg was awarded the Order of the Cat. 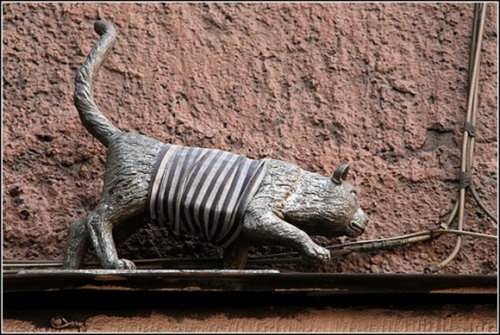 Monument to cat Semyon was installed in the park near the lake in Murmansk. The legend says that in 1987 the Sinishins returned home from vacation, and the cat accidentally got lost in Moscow. Six years later, the cat alone found his owners in Murmansk! 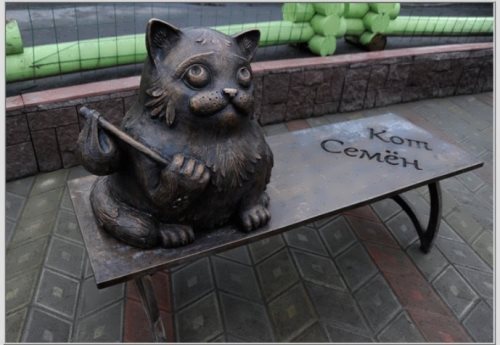 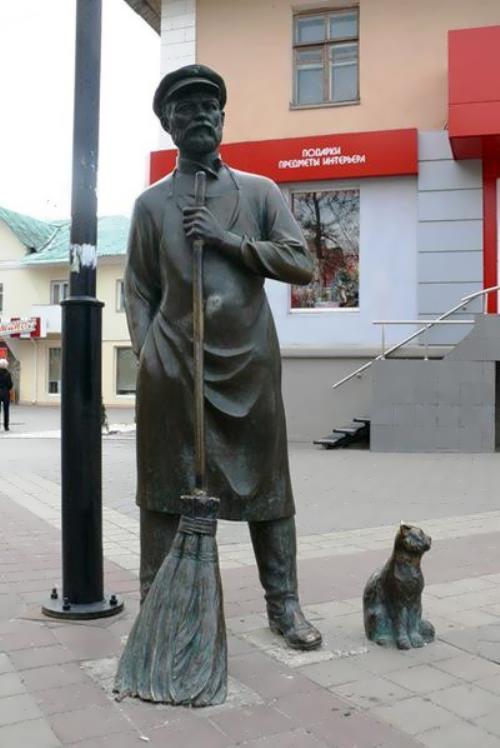 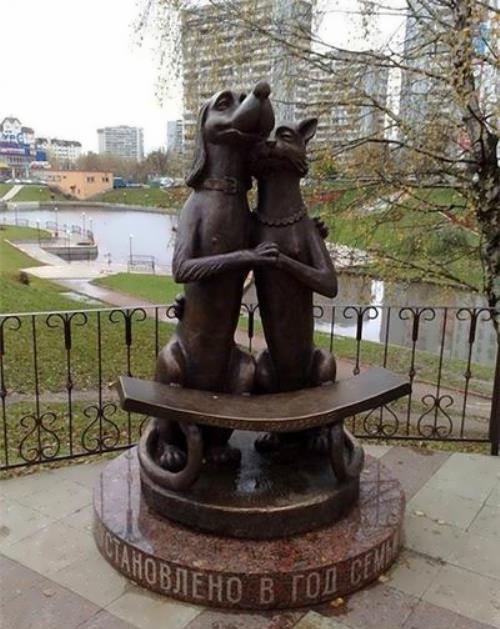 Bench of reconciliation in Moscow region 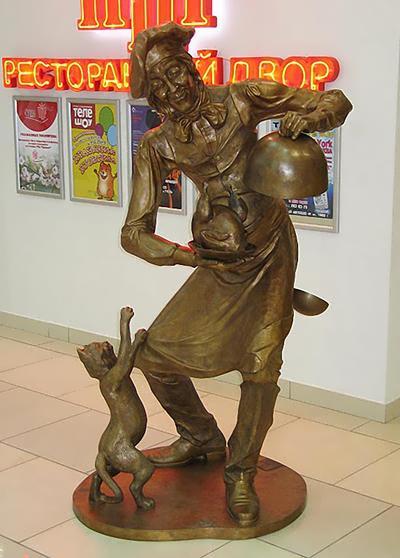 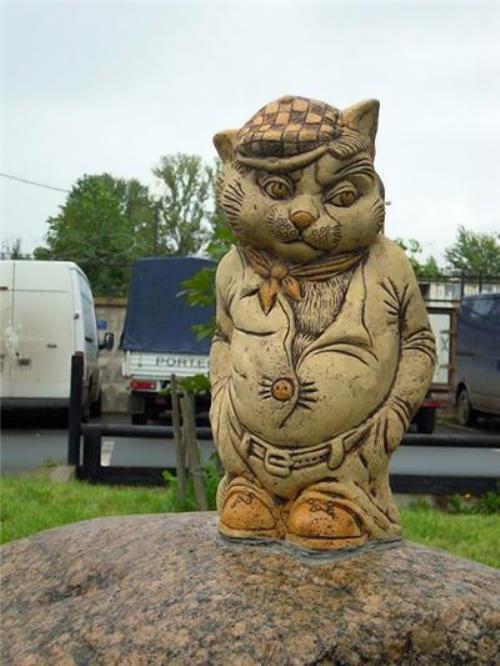 The Cat on stone. Kanonersky island 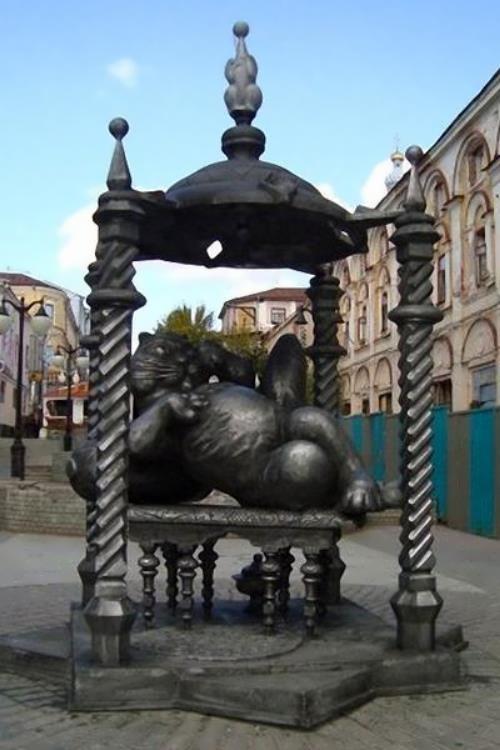 Monument to Kazan Cat in the center of Kazan, Republic of Tatarstan 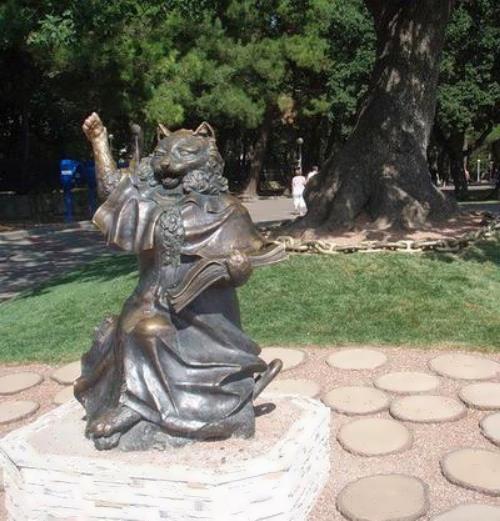 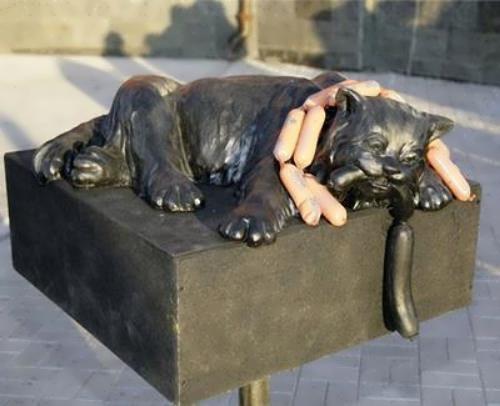 Interesting Monument to the cat with sausages. Kemerovo region, Kuzbass 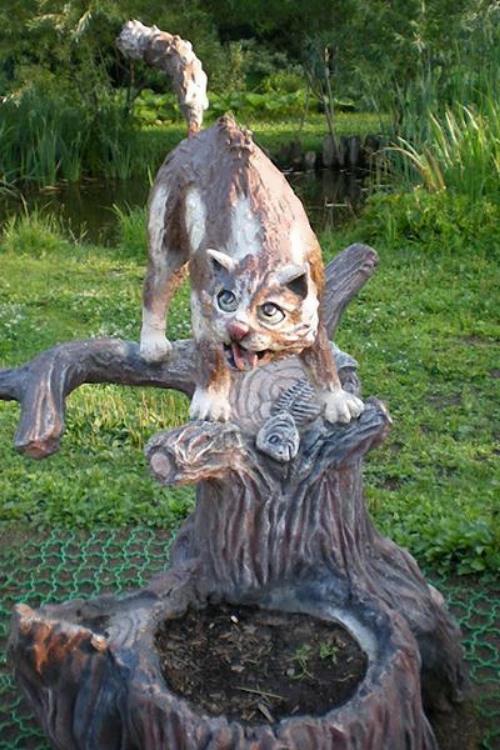 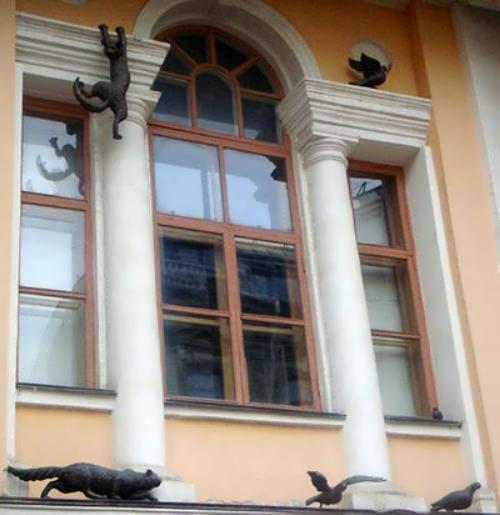 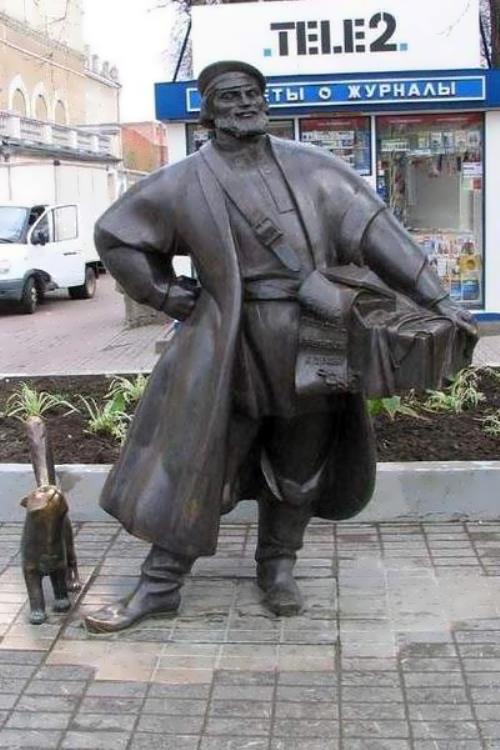 Merchant with a cat, Rostov-on-Don 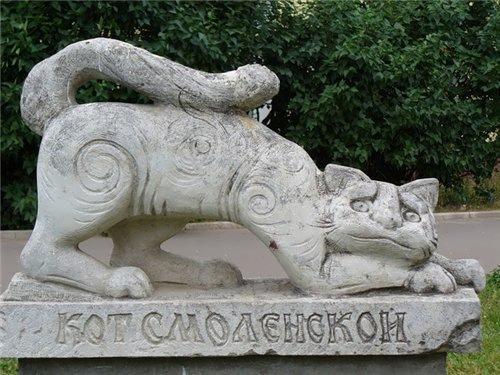 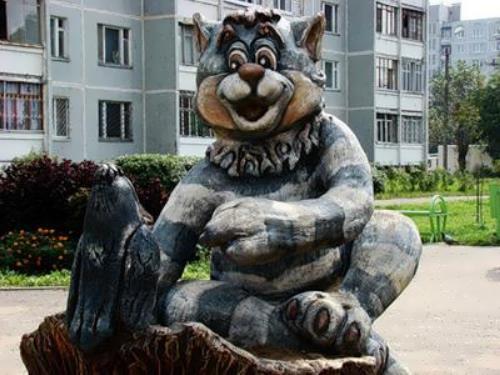 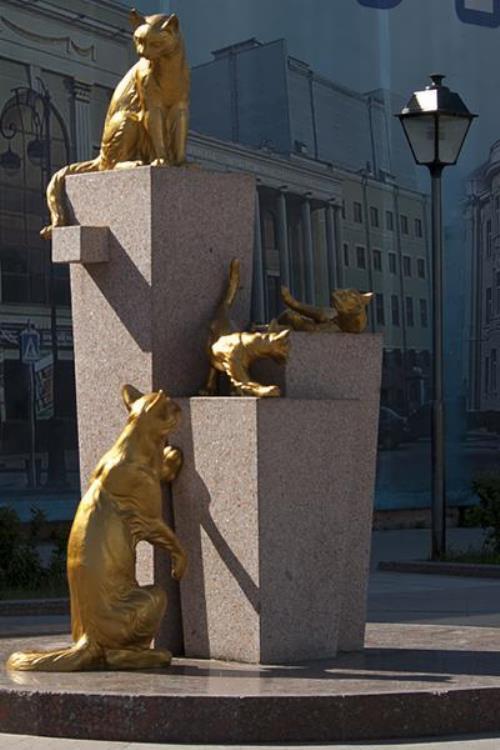 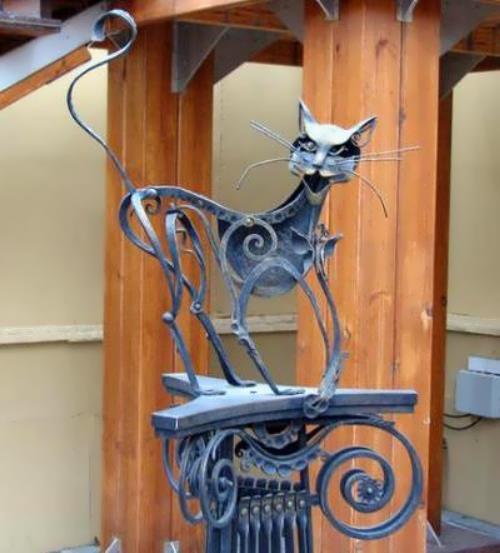 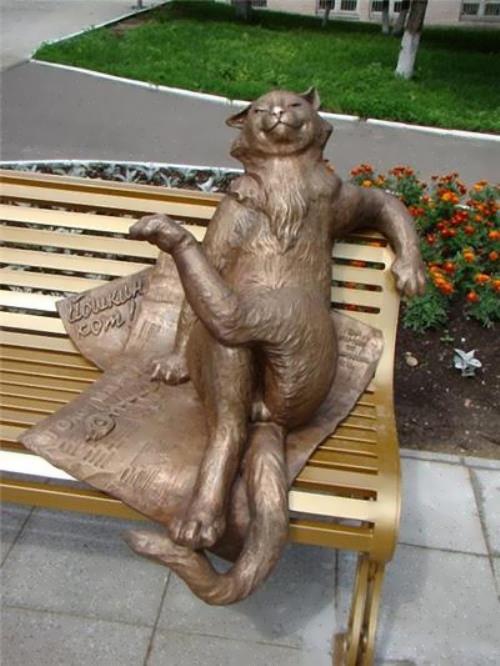