« Lenin all over the world
Famous Russian Cats » 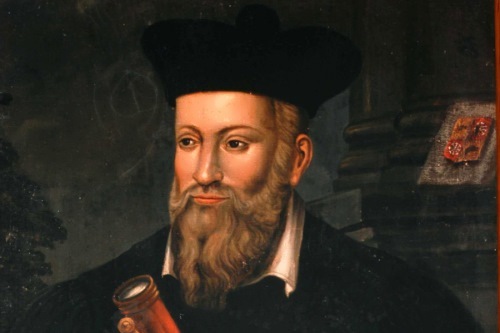 Michel de Nostredame or Nostradamus (December 14, 1503 – July 1, 1566) is most famous for his book Les Propheties, which consists of rhymed quatrains (4-line poems) grouped into sets of 100, called Centuries.
Nostradamus predicted many events in world history, including the French Revolution, the atom bomb, the rise of Adolf Hitler and the September 11 attacks on the World Trade Center.
On March 1, 1555 the first book of Nostradamus’ predictions was published. There are prophecies about Russia in it.

1. Ivan the Terrible
Nostradamus lived in France and he had almost no opportunity to get any information about the internal affairs of Russia. However, the prophet was able to predict the events of the reign of Ivan IV Vasilyevich the Terrible, some of them come true during his lifetime. They were primarily about priest Silvestre’s reforms and changes.

Century 5, Quatrain 79:
The sacred pomp will come to lower its wings,
Through the coming of the great legislator:
He will raise the humble, he will vex the rebels,
His like will not appear on this earth. 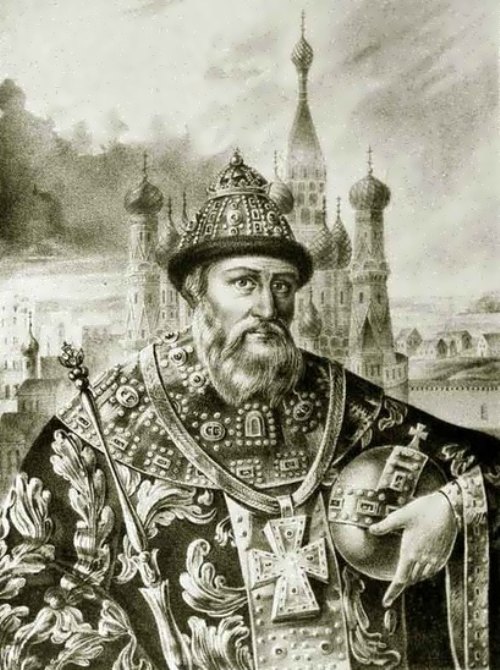 In 1560, the queen Anastasia died, which caused a deep psychological change in the soul of the tsar. The Livonian War was lost, Ivan IV married once again.
Seven wives and son have died or have been killed by cruel monarch
Everywhere is bloodshed, no limit to wicked deeds
Fifth wife is thrown into the lake,
But eighth will bear a son, and miraculously survives. 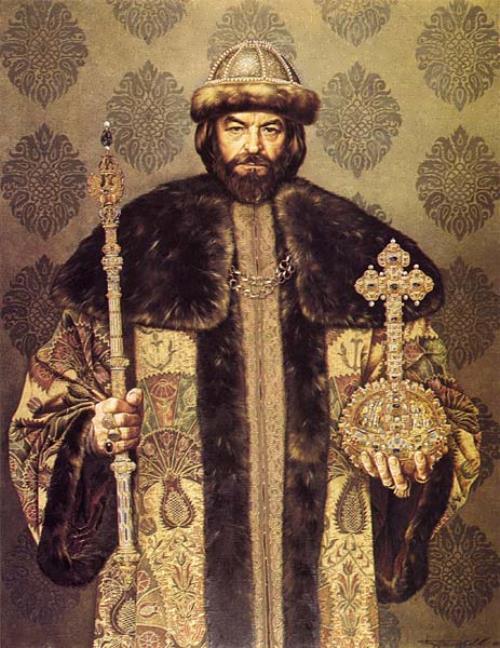 Fedor Ivanovich became the new tsar. But he had little interest in public affairs and spent all the time in churches and monasteries, asking God to forgive his father’s sins. So, Boris Godunov captured the coveted throne, but his reign was not long.
Century 8, Quatrain 89: In order not to fall into the hands of his uncle who slaughtered his children in order to reign. Pleasing with the people, puttin his foot on ‘Peloncle’, dead and dragged between armoured horses.

As predicted, already in 1601 peace in the country came to an end. There came a terrible famine throughout the country, plague epidemic began, and rebellions shook the state. 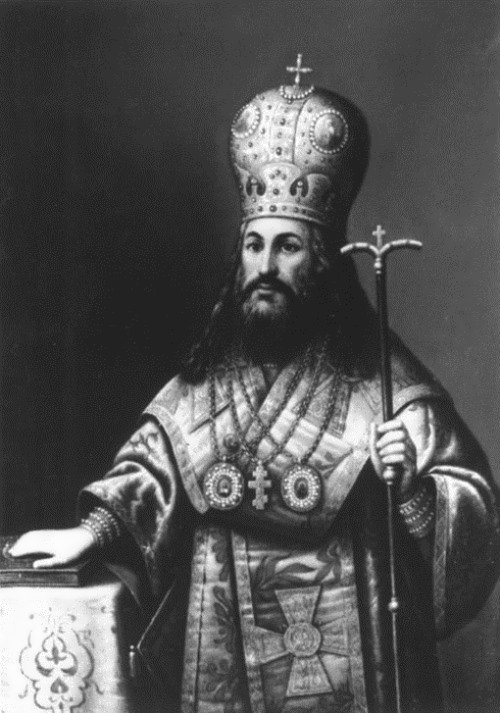 In the middle of the XVII century Patriarch Nikon reformed church. This put the country on the brink of a religious war. Already in 1658, Alexis quarreled with Nikon, and in 1667 there was a trial against him. It was predicted in Century 1, Quatrain 96:
A man will be charged with the destruction
Of temples and sectes, altered by fantasy.
He will harm the rocks rather than the living,
Ears filled with ornate speeches.

4. Peter I and Elizabeth
Peter I not only reformed the entire system of government, his transformation became a sort of apocalypse for the “Russian Antiquity”. Nostradamus knew about the consequences of Peter’s reforms and described them in Century 1, Quatrain 59:
The exiles deported to the islands
at the advent of an even more cruel king
will be murdered. Two will be burnt
who were not sparing in their speech.

The youngest daughter of Peter I, Elizabeth arrested infant Ivan VI and his mother Anna Leopoldovna. Nostradamus foresaw the fall of Ivan Antonovich’s power and dedicated Century 6, Quatrain 52 to this event:
In place of the great one who will be condemned, Outside the prison, his friend in his place: The Trojan hope in six months joined, born dead, The Sun in the urn rivers will be frozen.
(To tell the truth, the Russian version is: Instead of the great, who was doomed, Will be his daughter, escaped from the prison, The baby will rule for twelve months. Then get into the fortress, where he will be slaughtered.) 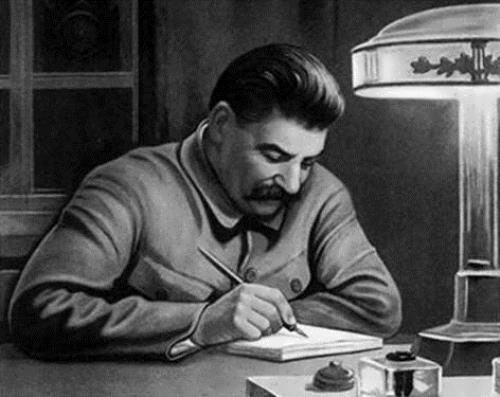 Nostradamus described the struggle for power that began in the Soviet Union before the death of Vladimir Lenin.
To support the work of the great cap
And to clear the place red will come out
And exterminate the family almost to the last.
So red will destroy red …

I’m afraid of the unknown third ruler
Of mysterious, savage, terrible country.
His own supporters are killed by him
And his old age only hell retains.
Stalin could be “scary unknown third ruler.” According to the memoirs, he was very lonely, especially in the last years of his life. 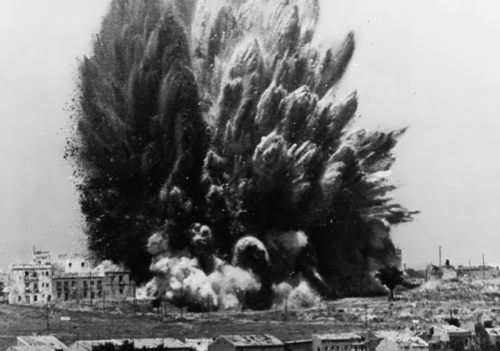 Century 5, Quatrain 29:
Liberty will not be recovered, A proud, villainous, wicked black one will occupy it, When the matter of the bridge will be opened, The republic of Venice vexed by the Danube.
Century 4, Quatrain 80:
Near the great river, great ditch, earth drawn out, In fifteen parts will the water be divided: The city taken, fire, blood, cries, sad conflict, And the greatest part involving the colosseum.

Only in 1940, a war started by Hitler, became a world war. That year, the German troops broke through the Maginot line of defense in 15 places – “In fifteen parts will the water be divided ” – and captured not only Paris (“the city taken”), but also the entire country. 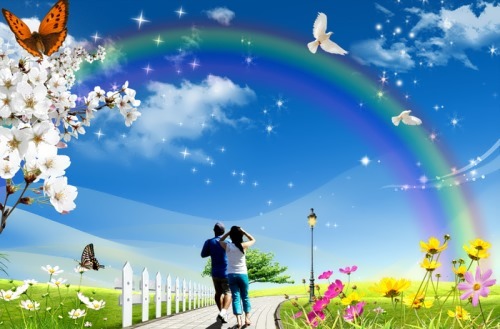 “This year is more difficult than the previous one,
For the Church without God going,
Devastation and quarrels, usually in vain,
But darkness will wither away and Dawn will… ”
They say, Russia enters its Golden Age in 2014.
“The second age of Saturn – The Golden Age. Creator sees the suffering of his people and there will be peace between people and God. This is a beginning of a new era. Big trouble will be, but then justice and goodness will reign in the world.”
Finally the Golden Age in Russia will come in 2035.
Source: www.nostradamus.org