Natalia Guslistaya or Natalie Burn is an actress, choreographer, modern ballet dancer, stuntwoman and an extremely beautiful girl. You know, Natalia entered the Actors Studio, becoming a student of Al Pacino, Martin Landau and Sally Kirkland.
Her dance impressed director of London’s Royal Academy Maurice Bejart.
The beautiful and talented girl was born in the USSR into the family of a ballerina and a representative of scientific dynasty. She began dancing in Kiev. Then the family moved to Moscow, and Natalia continued her studies at the Moscow State Academy of Choreography at the Bolshoi Theater.
Also she studied at the Royal Ballet School in London, where she was invited by the director Gailene Stock, and at the Rambert School of Ballet and Contemporary Dance in London. By the way, the girl practiced with famous choreographers in 3 studios Pineapple Studio (London), Millennium Studios (Los Angeles), and The Edge Studios (Los Angeles).
END_OF_DOCUMENT_TOKEN_TO_BE_REPLACED 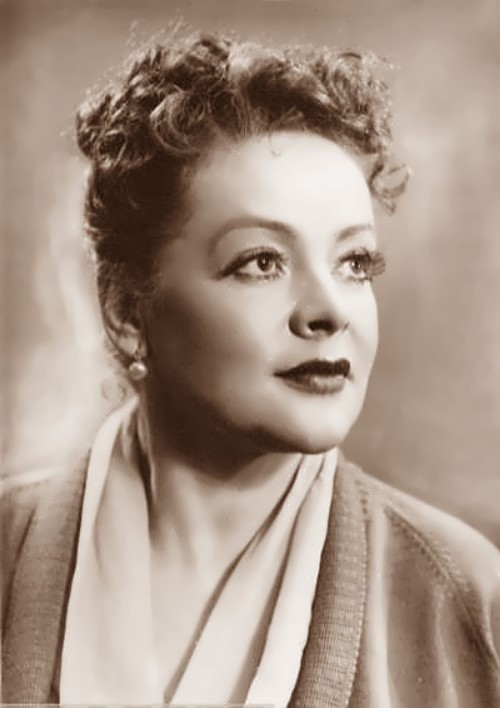 Zoya Fedorova was a Soviet actress, Honored Artist of the RSFSR (1965), winner of two Stalin Prizes (1941, 1942). She had played in many films and was recognized as the queen of Soviet cinema. Her daughter Victoria Fedorova is also an actress.
Fedorova starred in famous Soviet films, including Friends (1935), Musical Story (1940, USSR State Prize, 1941), The Front Girlfriends (1942, USSR State Prize), The Wedding (1944), Lost Summer (1962), Wedding in Malinovka (1967), Moscow Does Not Believe in Tears (1979), and many others.
In December 1946 Fedorova had been deported (sentenced to 25 years for espionage) and was in exile until February 1955.
On December 11, 1981 the actress was killed at her home in Moscow under mysterious circumstances. Fedorova was buried at the Vagankovo cemetery.
END_OF_DOCUMENT_TOKEN_TO_BE_REPLACED 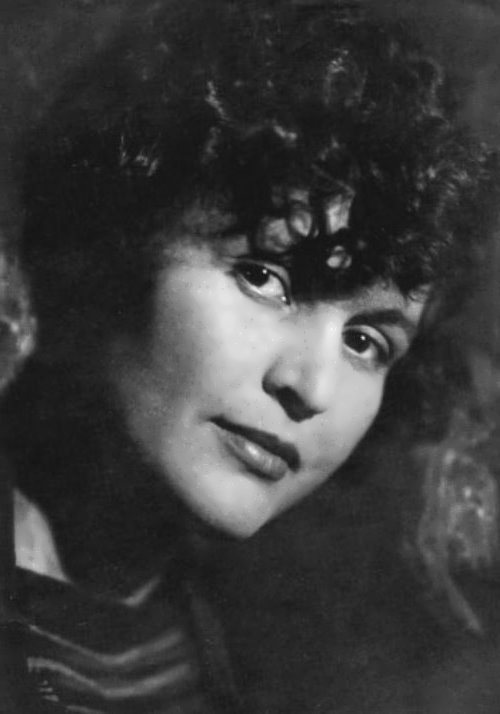 Zinaida Reich was a Russian actress, the woman, who won the hearts of two geniuses – Sergei Yesenin and Vsevolod Meyerhold. She was called the demon woman who destroyed the lives of two brilliant men.
Pretty girl was born on June 21, 1894 in Rostov-on-Don. Her father was a Social Democrat. In 1907, due to his participation in the revolutionary events, family was expelled from Odessa. Later, in 1913, the girl became a member of the Socialist Revolutionary Party. It was difficult for her mother to get a certificate of secondary education for the daughter. After that Zinaida went to Petrograd, and her parents moved to Orel.
In Petrograd Zinaida entered the Faculty of History and Literature, where she studied foreign languages and took lessons in sculpture. After graduation, the girl worked as a secretary-typist for the Delo Naroda newspaper, where she met her future husband, Sergei Yesenin. To tell the truth, she was the muse of the poet not so long – they got married in 1918 and 4 years later the marriage broke up.
END_OF_DOCUMENT_TOKEN_TO_BE_REPLACED 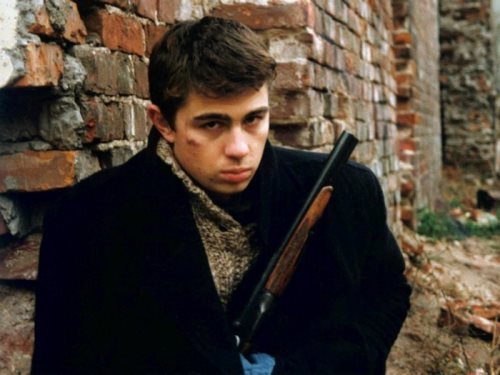 Sergei Bodrov Jr. was a Russian film director, actor, screenwriter. He was born on December 7, 1971 in Moscow. You know, his father is a famous film director and his mother is an art historian.
In his childhood Sergei loved solitude and dreamed of being a dustman and driving around the city in an orange car.
As he said: “Childhood is the most important and the most exciting time in a person’s life.”
After school Bodrov wanted to enter the Film Institute. However, his father said if he didn’t have a passion for cinema, he could forget about it. Sergei did not feel the passion and entered the Moscow State University, Faculty of History.
In 1991, Sergei studied art in Italy, where he managed to get a job as a lifeguard at a local beach resort.
Later, in 1994, the future celebrity received a higher degree and went to graduate school. To tell the truth, Sergei was sure that he would work either in the library or in a museum. But he worked as a journalist, teacher, actor, screenwriter, film director, TV presenter.
END_OF_DOCUMENT_TOKEN_TO_BE_REPLACED 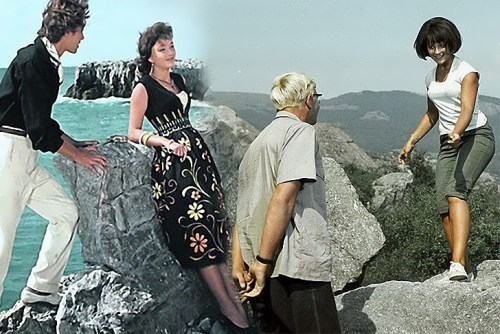 Amazing nature of Crimea is destined to be a dream of many generations of filmmakers! Of course, the movies are filmed on the Crimean peninsula and now. But in Soviet times, it was such a “Hollywood” of the Union. There dozens of films were shot. And Crimea “played” not only itself, but also portrayed foreign countries. For example, America in Headless Horseman by Vladimir Weinstock, or Ancient Jerusalem in Master and Margarita by Vladimir Bortko. In general, the peninsula had a chance to portray all continents in the movies. Well, except Antarctica.
Here you find the most popular movies that were filmed in Soviet Hollywood.
END_OF_DOCUMENT_TOKEN_TO_BE_REPLACED 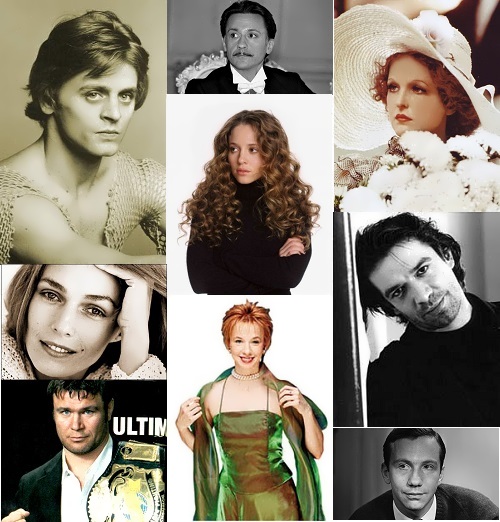 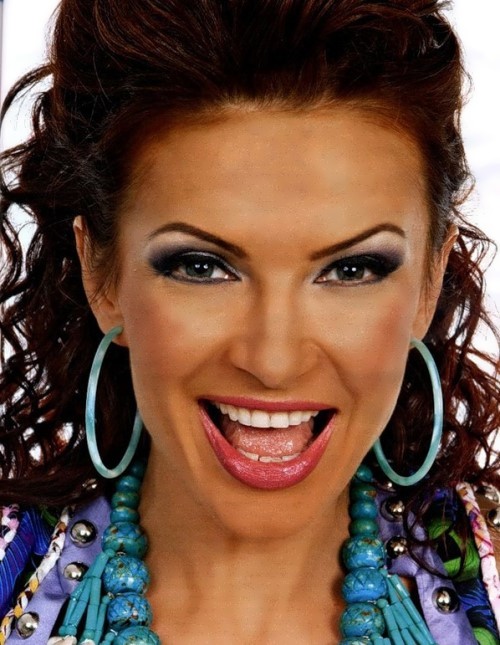 Evelina Bledans is a Soviet – Russian theater and film actress, singer and TV presenter.
Beautiful actress and show woman was born on April 5, 1969 in Yalta. The girl dreamed of becoming an actress.
In 1990, she graduated from the St. Petersburg Institute of Theater, Music and Cinema. Bledans became famous after starring in the TV comedy show Maski Show, and after her role of a nurse she was titled TV sex symbol. Temperamental, expressive, charming, Evelina is loved by people.
In 1988, the actress made her debut in the film PE Regional Scale. A year later, in 1999, she performed in the musical Metro and the play Danae.
In the early 2000s, Evelina starred in the American films The Barbarian and Red Square, as well as the series Car, Friendly Family and others.
One of the largest and most interesting roles was the role of brothel hostess Katherine in the TV series Cursed Paradise.
END_OF_DOCUMENT_TOKEN_TO_BE_REPLACED
Page 5 of 60« First«...34567...102030...»Last »