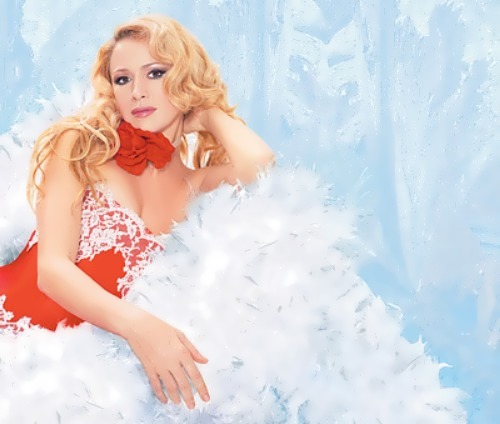 Oksana Grischuk is a Soviet and Russian figure skater who performed in ice dancing together with Evgeni Platov. They are three-time champions of Europe, four-time world champions, the first two-time Olympic champions in ice dancing.
Pretty girl was born on March 17, 1972 in Odessa, USSR. Oksana was engaged in figure skating at the age of 4. Valentina Kasyanova was her first coach. In 1981 Oksana moved to Moscow and at first she was a single skater. Alexander Chichkov became her partner in 1985.
Having won the Junior World Championship in 1988, the pair was forced to split up in the summer of 1989 because of Alexander’s injury. Oksana was invited to the group of Natalia Dubova, where Evgeni Platov became her partner. Already in December 1989, after only 3 months of joint training, the pair Grishuk – Platov became bronze medalists at the USSR championship, and in 1991 they won the championship of the country.
At the 1992 Olympic Games Oksana and Evgeni took the 4th place. In the same year, they won bronze medals at the European and World Championships. In the autumn of 1992 Oksana returned to her former coaches – Linichuk and Karponosov – together with the partner. A year later, the pair won the 1994 Olympics in Lillehammer.

Because of the Evgeni’s injury, they missed the season 1994/95, but returned to the world championship and won gold.
In 1996, Grishuk – Platov had a conflict with their coach Natalia Linichuk, who paid attention to other sportsmen of her group. Later they began to cooperate with Tatyana Tarasova.
The Olympic Games in Nagano made Grischuk and Platov record-holders – they were the first in the world to become two-time Olympic champions in ice dancing (despite the fact that shortly before Grishuk had broken her wrist).
In the summer of 1998, the pair broke up. Awesome girl received an invitation to work together with Alexander Zhulin. Their cooperation lasted for a year. Oksana was left alone and performed solo.
In 2001, Oksana opened her own Academy of figure skating in the US.
Later, in 2006, she participated in the TV show Dances on Ice together with actor Pyotr Krasilov and took the first place. A year later she took part in the show Dancing on Ice: Velvet Season together with Peter Dranga.

In 1997, Grishuk changed her name from Oksana to Pasha. According to her, the reason was that she was often confused with figure skater Oksana Baiul. Subsequently, Oksana returned her name. 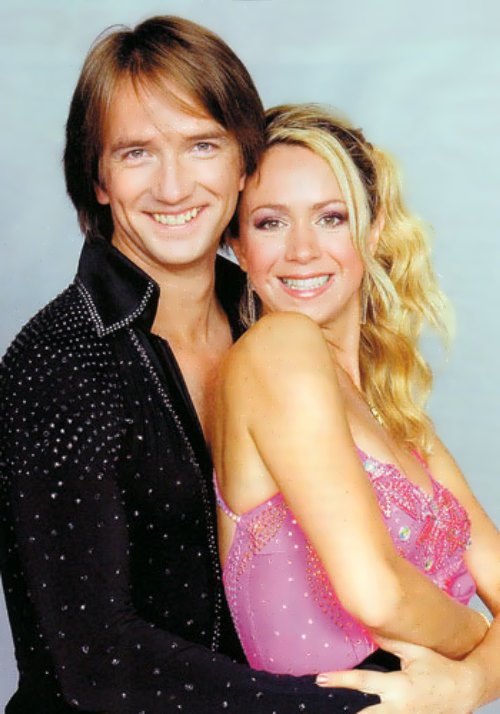 Because of Grishuk Platov forgot about the wedding. He was going to marry Masha Anikanova, a skater who later became an actress.
That time Oksana was head over heels in love with another skater Alexander Zhulin. She fell in love so much that could fulfill any Zhulin’s wish. Alas Alexander was married to Maya Usova.
Once, during a foreign tour Zhulin presented Oksana with a wedding ring, but… asked not to put it on, as he was not divorced yet.
“Now you know how I love you”, said Zhulin. “Can you prove your love to me?”
– What should I do? – Oksana asked quietly.
– You should quit skating. For me. For us.
– But why?
– We’ll have a family, you know. My wife is a skater. I do not want this. At work and at home, we have the same problems. I need another family. Well, do you agree?
Oksana almost cried. At the beginning of the career. But if because of love… So, she agreed.
Grishuk didn’t want to be with Platov and refused him. The man was offended. And Platov said to their coach Dubova that Grishuk wanted to take him and returned to Natalia Linichuk, who was Oksana’s ex-coach.
Dubova was shocked! She and her husband couldn’t cope with their nerves and broke Oksana’s rib and nearly knocked out a tooth.
As a result, Grishuk packed up and flew to Moscow.
Platov found a new partner – Tatiana Navka. Evgeni was still together with Masha Anikanova, but their marriage was short-lived.
Grishuk came to Moscow, hung her skates on the wall and began waiting for her prince Zhulin. 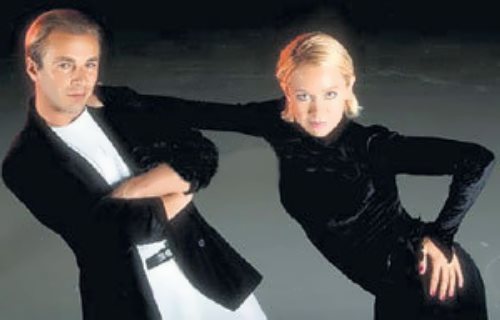 One night Maya Usova phoned Oksana and told her about her husband’s love affair with Tatiana Navka. Grishuk could not sleep.
A day later Zhulin called her: “Well, dear, are you waiting for me?”
Oksana said that she knew everything about his affair with Navka and asked not call her anymore.
The duo Platov-Navka broke up and he came to Linichuk and Karponosov.
To get over the depression Grishuk also came to Linichuk. So the couple Platov – Grischuk was reunited and in 1994 they became Olympic champions. Then, in 1994 Oksana could not even imagine that just four years later she would skate paired with Zhulin, with a man, whom she thought she would never forgive.
Now Oksana lives in Laguna Beach, California. She has a daughter.
Her official site: www.pasha-grishuk.de 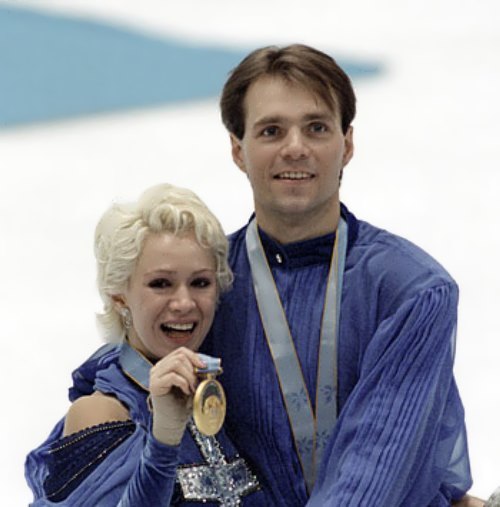 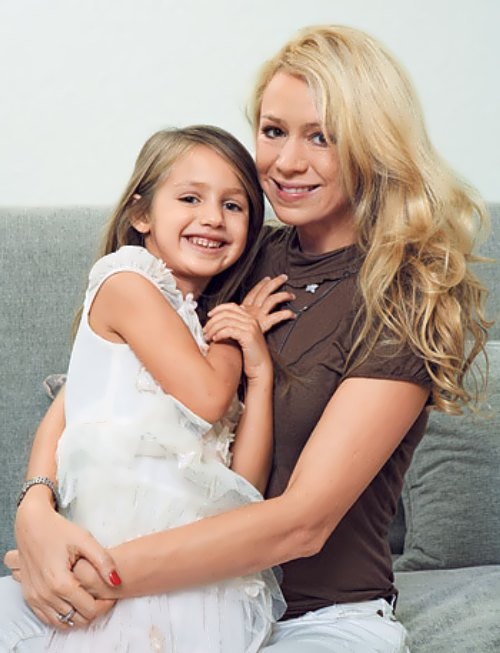 Brilliant Oksana Grishuk and her daughter 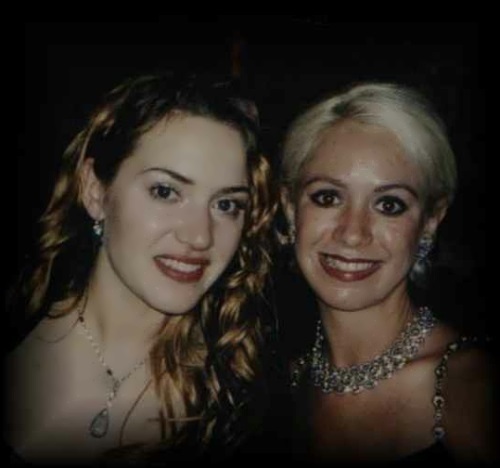 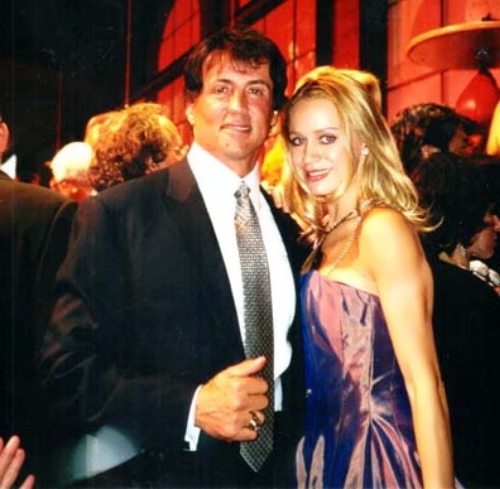 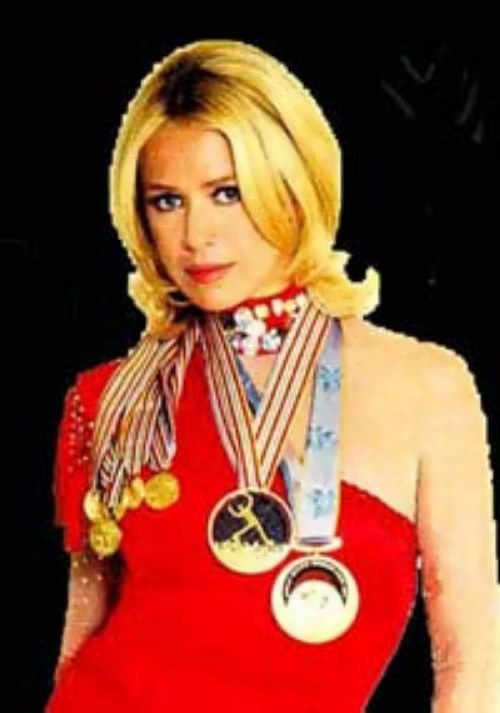 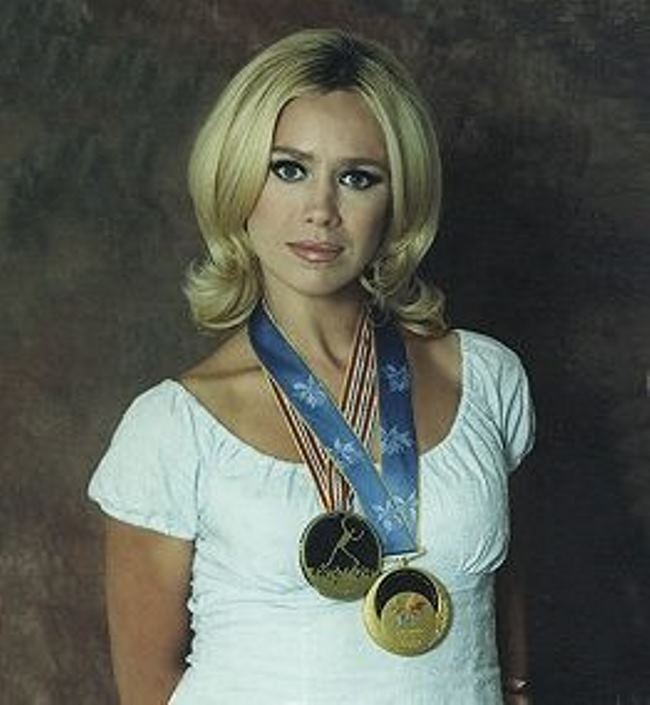 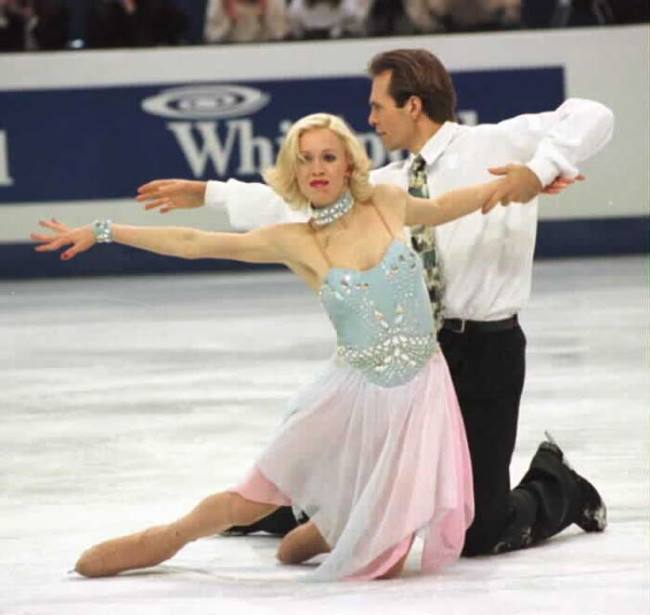 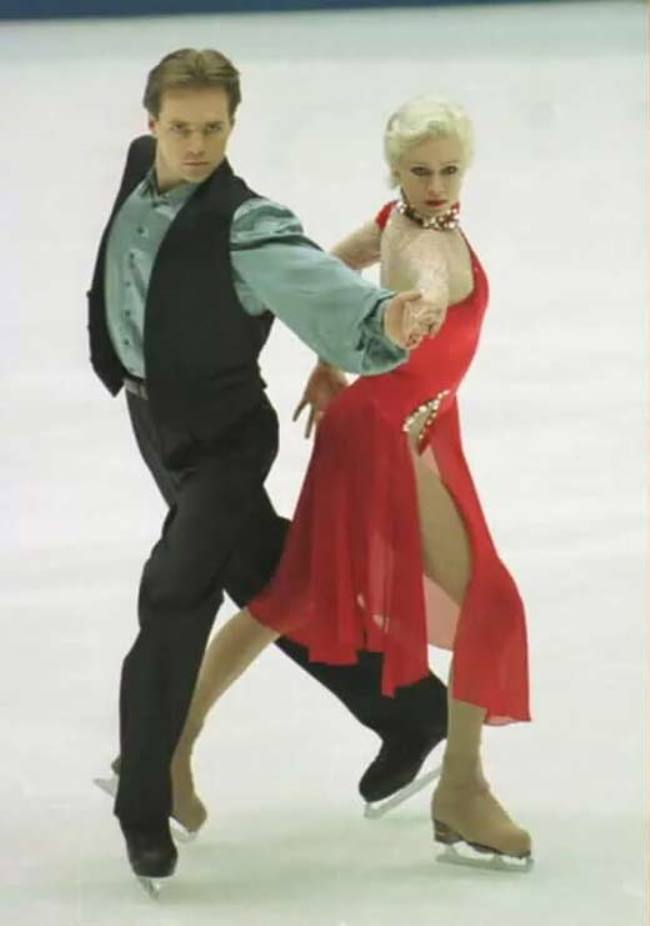 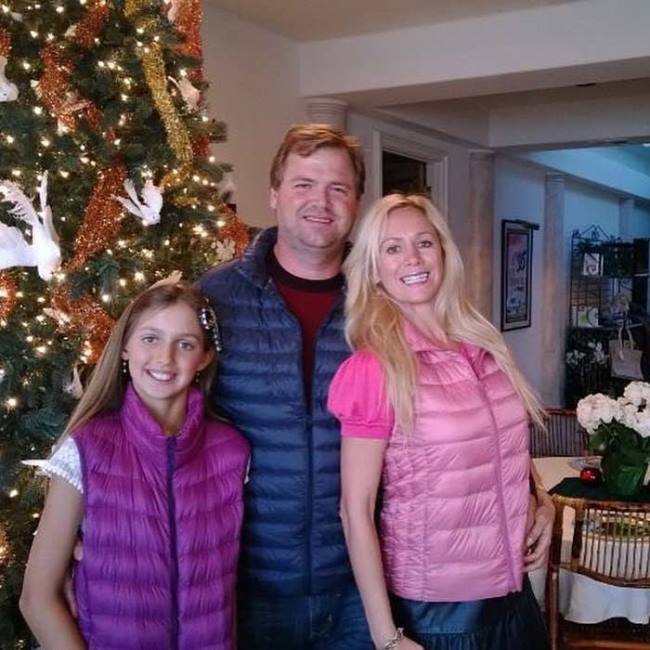 Fabulous Pasha Grishuk and her daughter 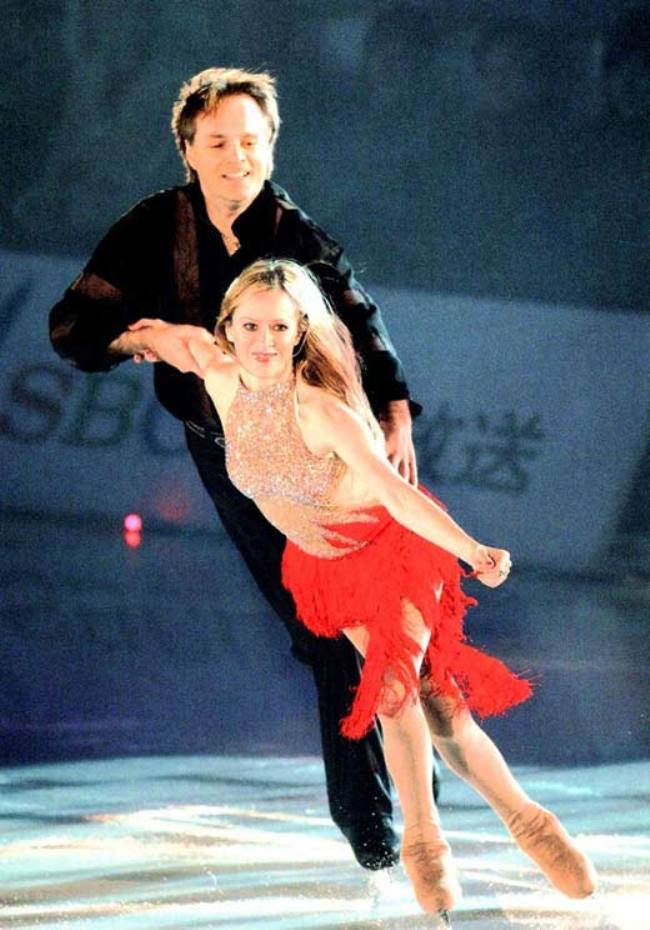 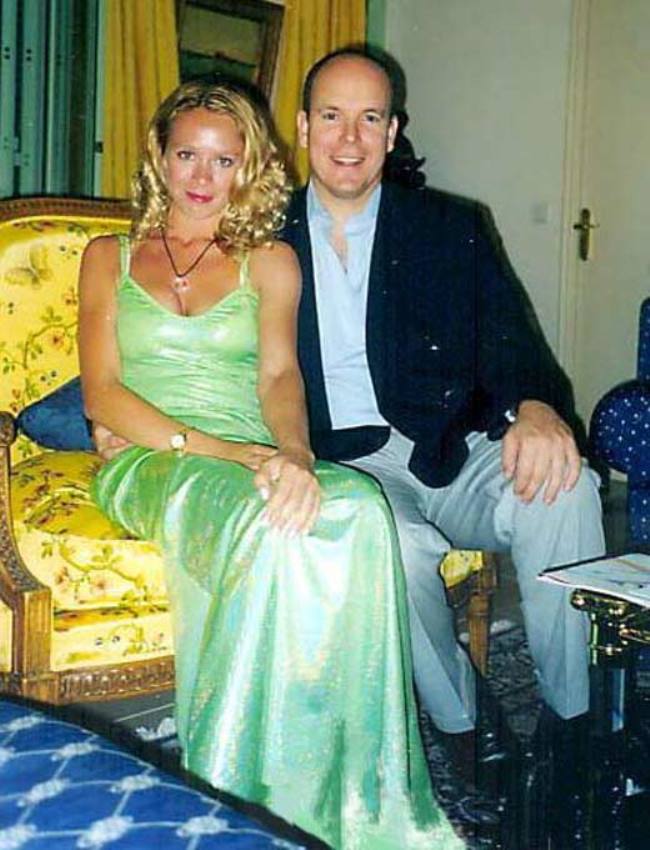 Lovely Pasha Grishuk and the father of her daughter