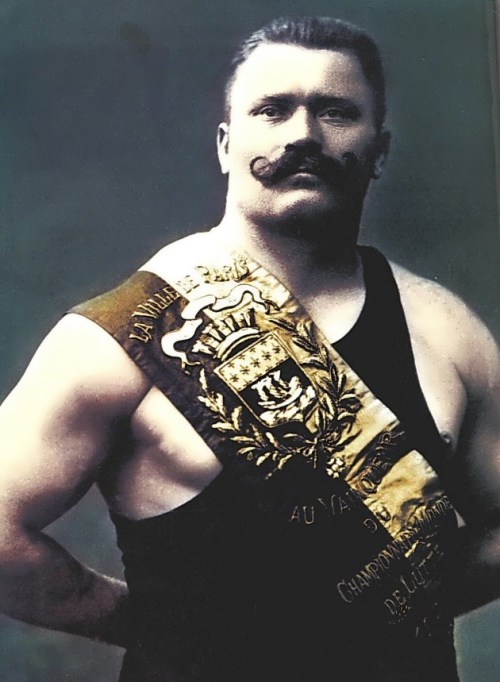 Ivan Poddubny was a Russian and Soviet professional wrestler, athlete and circus artist. He was a legendary man, whose performances were sold out in Russia, France, Italy, Germany and America. You know, Ivan was the strongest man on the planet and a six-time World Champion. His career lasted for about forty years. By the way, Poddubny became the Champion of America in 1926 at the age of 55!
Russian bogatyr weighed about 130 kg and was a vegetarian. (Bogatyr is an epic hero of Russian folk legends)
The boy was born on October 8, 1871 in the village of Krasenovka (Poltava Governorate, Russian Empire), into the family of a hereditary Zaporozhye Cossack Maxim Poddubny. His father was a great man with a giant stature and Herculean power. Many years later Ivan said that his father was the only person stronger than him. Ivan’s mother had a beautiful voice. On Sundays, the bogatyr Poddubny sang in the church choir.
At the age of 22, the guy left his native village in the Crimea. He fell in love with beautiful Alena. The girl grew up in a well-to-do family, so her father was categorically against her marriage with poor Poddubny. Ivan wanted to earn money, become rich and marry the girl. But soon after leaving the young man forgot about her.

The future sportsman had been working as a port loader in Sevastopol and Feodosia for 3 years. There Poddubny met sailors who told about the system of training.
You know, in 1896, Ivan defeated famous athletes of that time and the victories marked the start of his extraordinary career as a wrestler. Later, in 1898, he joined the circus, which belonged to Gigetto Truzzi, and performed as a weight lifter athlete and a wrestler.
In 1903, the chairman of the Society of Athletes in St. Petersburg invited Ivan to participate in the World Championships in Paris. For 3 months the wrestler had to master the French fighting style.
In Paris, the “Russian bear” won 11 fights, but lost to Frenchman Boucher. Before the fight, Boucher had oiled his body and it was a dirty trick.
In 1905 Poddubny took part at the World Cup in Paris and was managed to defeat all his opponents. So, he became a World Champion. Journalists called him Champion of Champions.
The athlete dreamed of his own home and his family, and in 1910 he decided to quit the sport.
In 1910, Ivan married beautiful Antonina Kvitko-Fomenko. The couple bought a piece of land, built a house and started a farm. The marriage lasted 7 years. One day Antonina met an officer and ran away with him. At that time Poddubny toured in Odessa. A few years later, Antonina wanted to return to her husband, but the man did not forgive her. 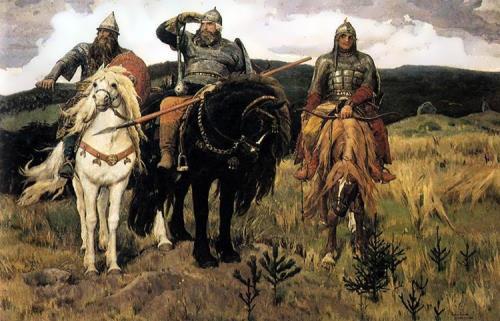 In 1920 Poddubny was arrested by the Odessa Cheka (The All-Russian Extraordinary Commission for Combating Counter-Revolution, Speculation, and Sabotage) and was sentenced to execution, however, soon he was released.
From 1923 to 1924 Poddubny worked in the Russian State Circus, and then he spent 3 years touring around Germany and the USA.
His performances were sold out, but in 1927 the athlete decided to return to Russia. It is assumed that in the US he had earned a lot of money, which remained in the account at the American bank.
Poddubny performed in the circus until the age of 70, and this was a personal record of the artist.
In November, 1939 he was awarded the Order of the Red Banner of Labour and the title of the Honored Artist of RSFSR.
During the Nazi German occupation, Ivan refused to train German wrestlers: “I am a Russian fighter. And I will remain Russian”.
In 1945 Ivan was awarded the title of Honored Master of Sports.
Poddubny visited over 150 cities in 14 countries. Though he lost rare fights he never lost any competition or tournament.
The last love of Ivan was widow Maria Mashonina, the mother of his student. The couple lived on the shore of the Azov Sea, in Yeisk, where they bought the house after the American tour of the athlete. 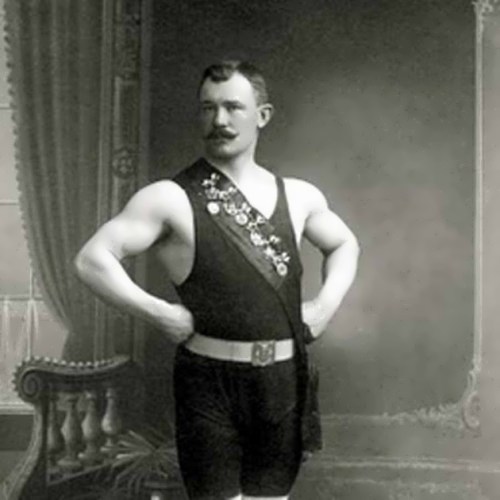 Ivan died of a heart attack on August 8, 1949 in Yeisk. The great athlete died in terrible poverty. He even had to sell all his awards not to starve. Poddubny was buried in the city park, which was later named after him.
After the death of the champion, the wife was able to pay for unpretentious grave without a monument. And only when newspapers wrote that the champion was resting in a grave overgrown with weeds, people erected a monument. The inscription on the tombstone says: “Here the Russian hero is lying.”
In 2014, the film Poddubny about the life of the legendary fighter was released. Actor Mikhail Porechenkov played the main role. To tell the truth, the film in many details repeats the Soviet film The Wrestler and the Clown, which was created in 1958.
Source: welcome-to-poltava.com.ua 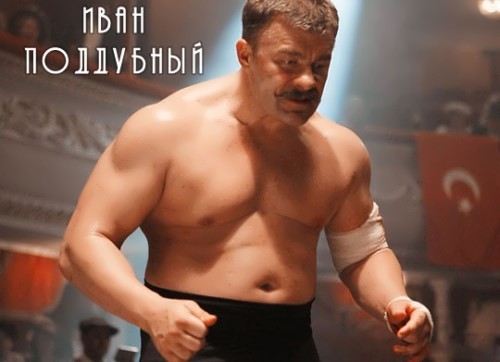 In 2013 was released the movie Ivan Poddubny, in which Mikhail Porechenkov played the main role 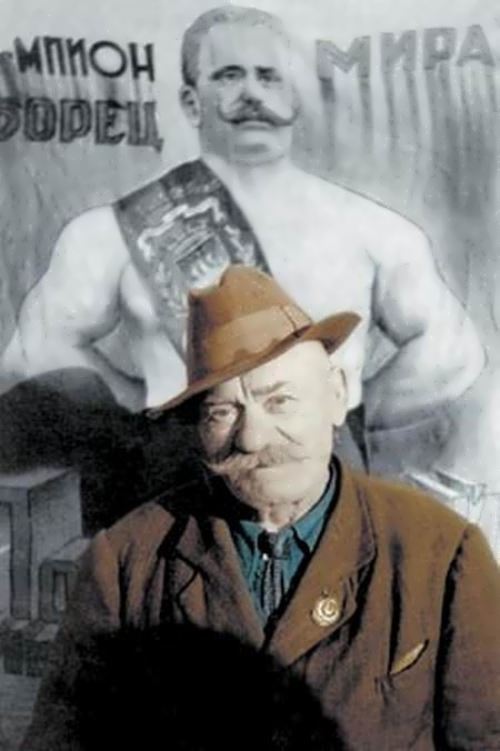 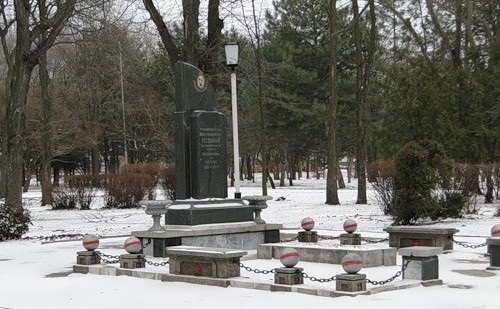 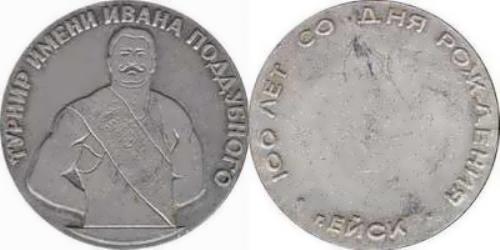 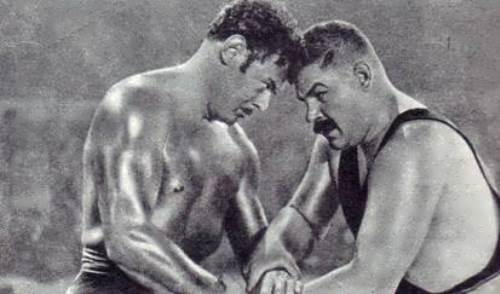 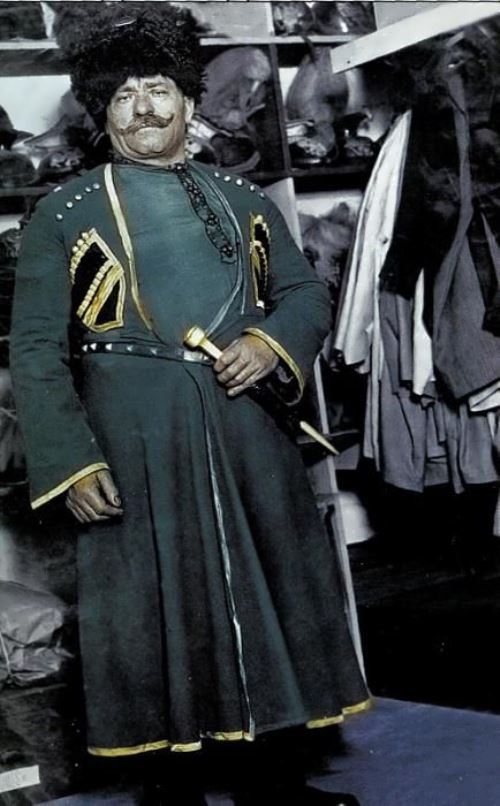 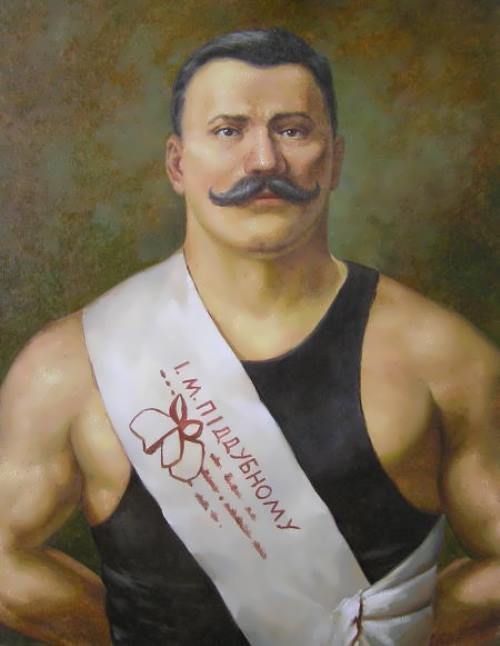 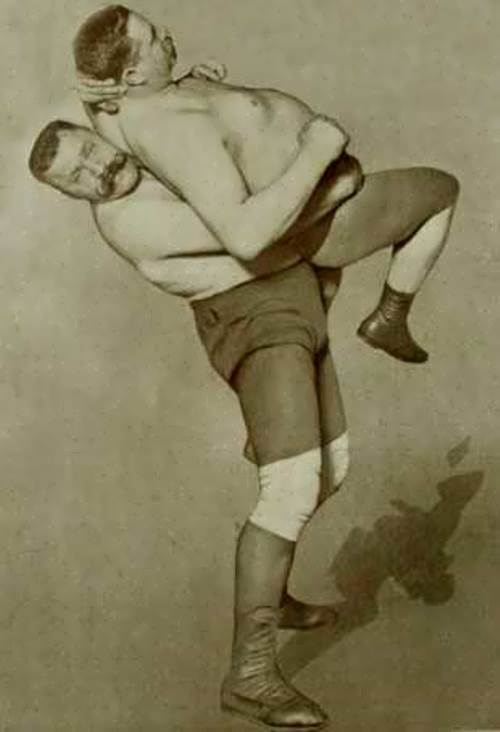 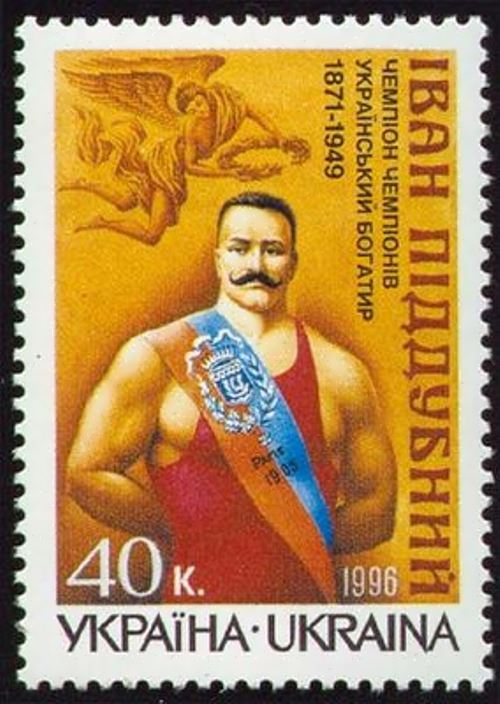 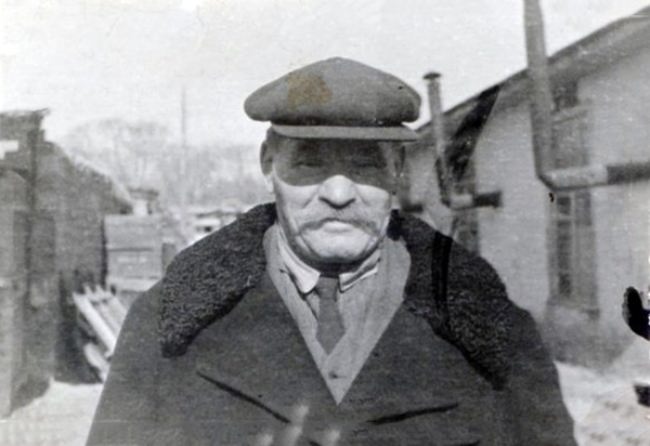 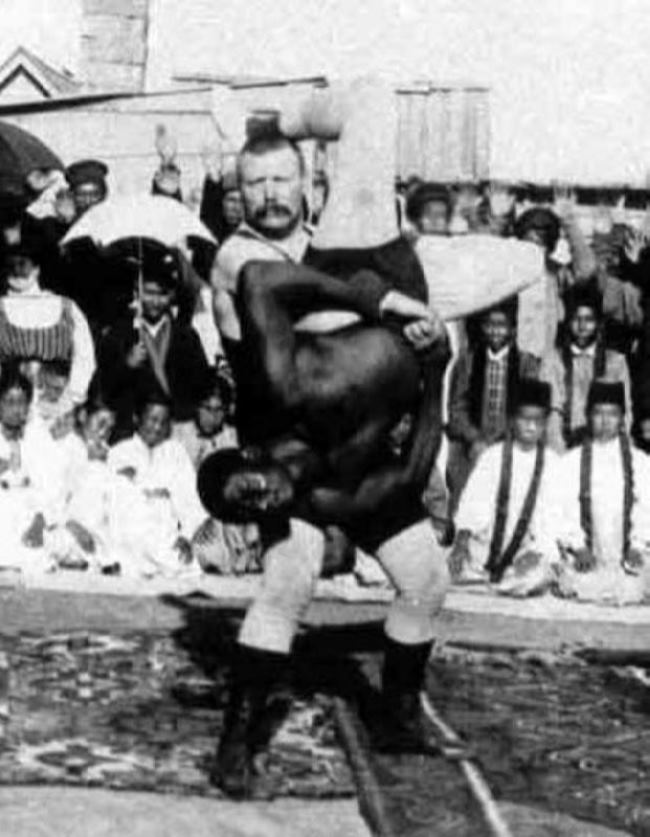 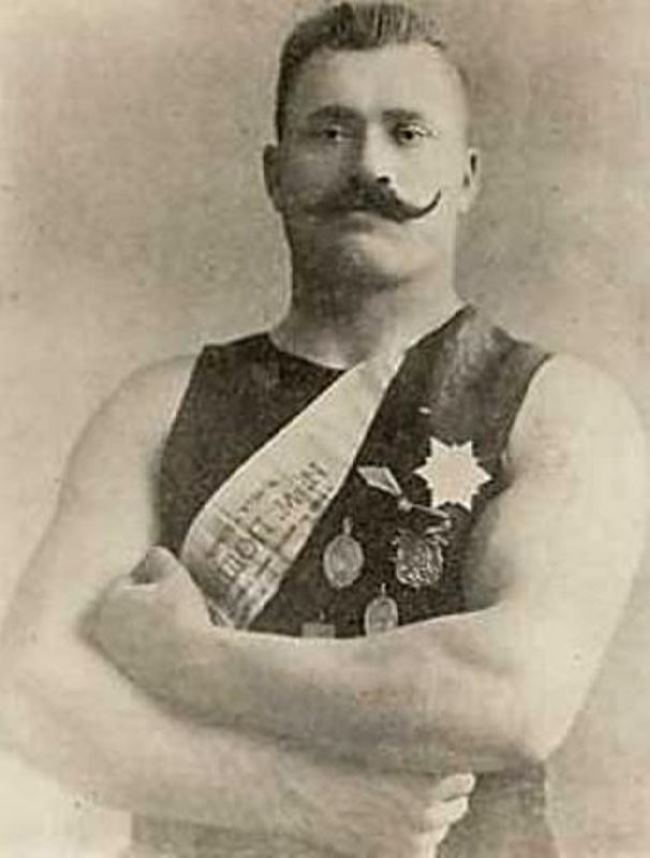 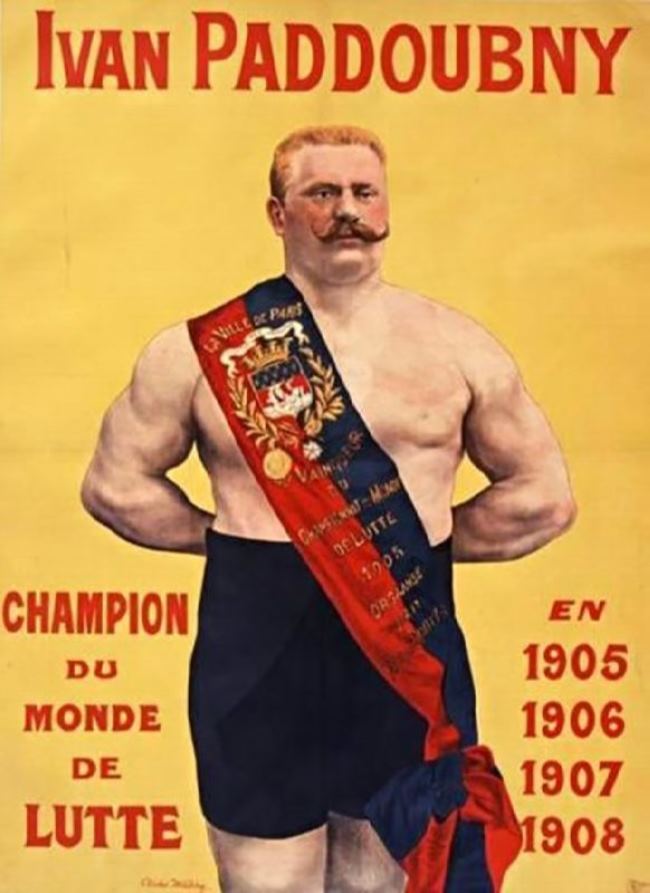 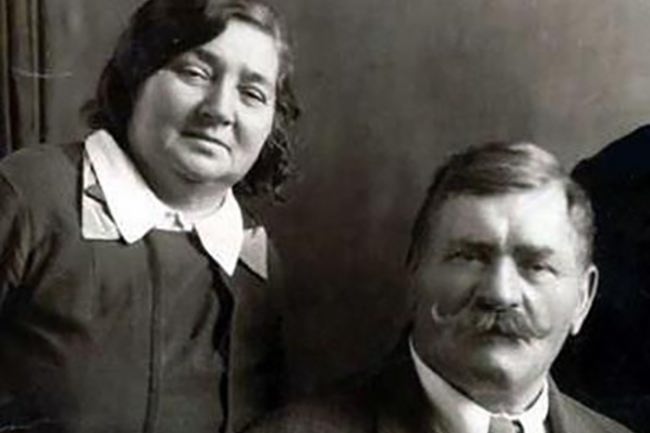 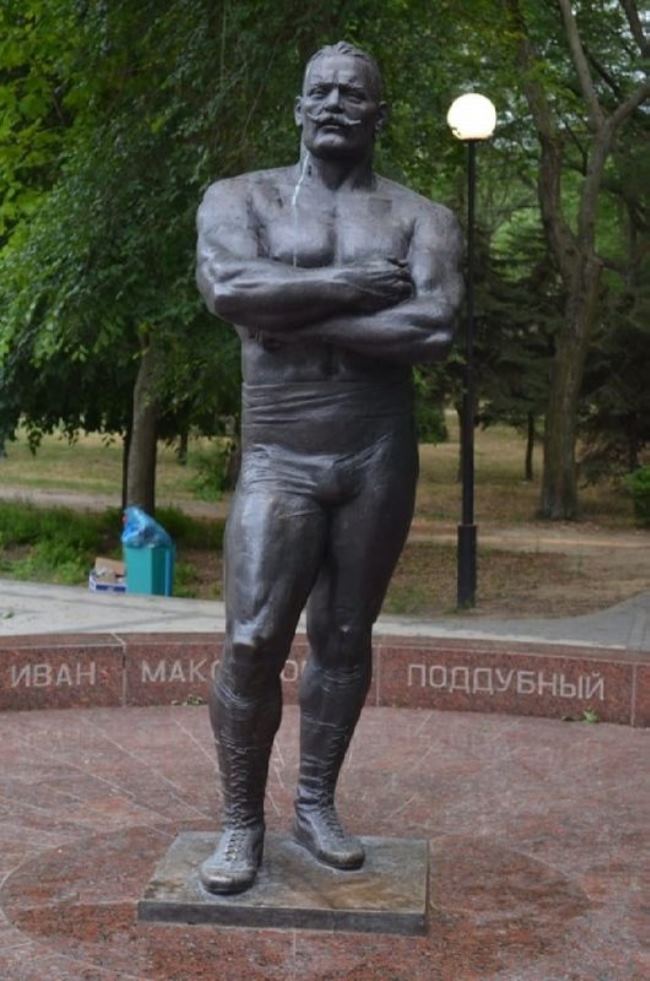 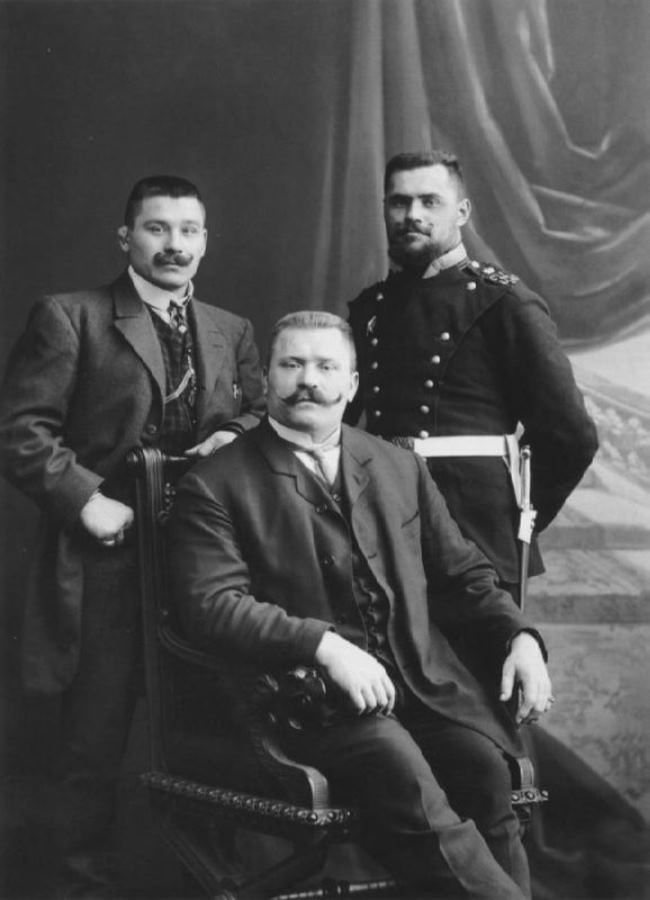 Poddubny (sitting in the center) with his brothers 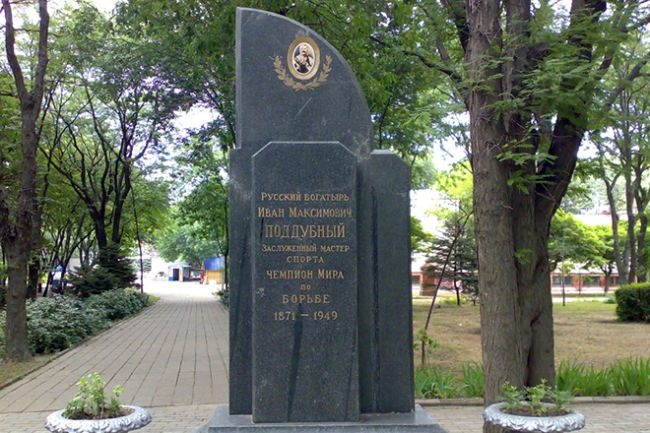 The grave of Ivan Poddubny 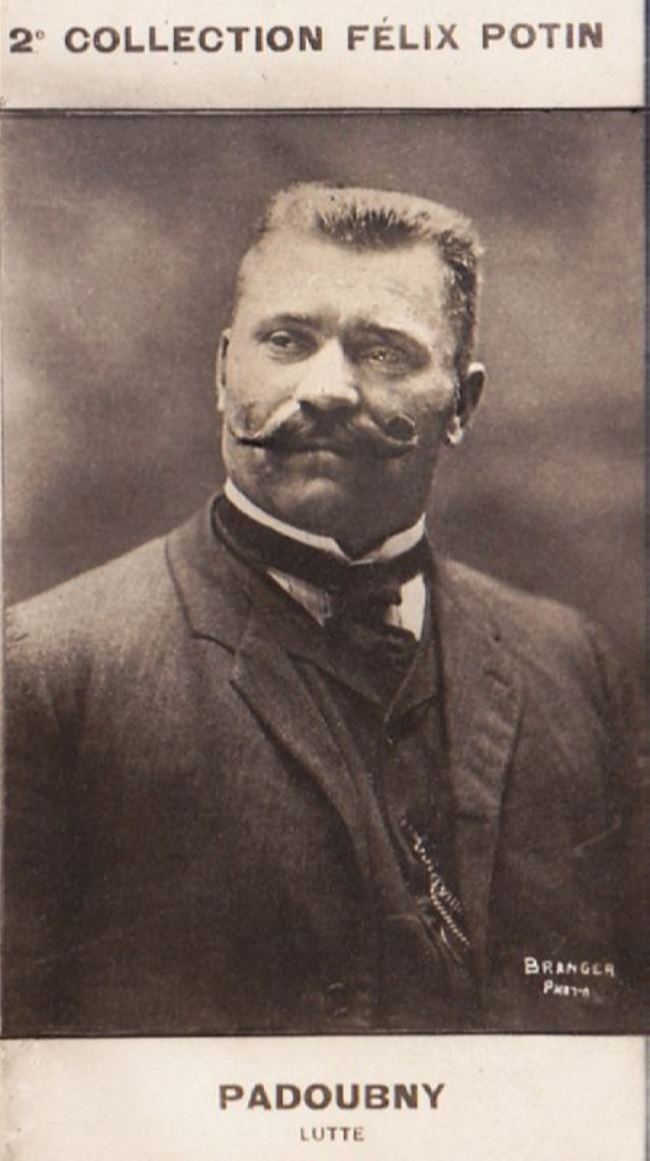