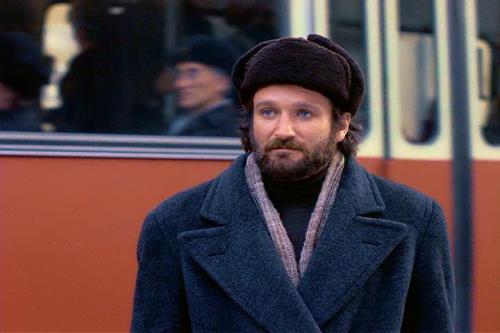 Robin Williams in the film Moscow on the Hudson

There are a lot of foreign actors played Russian people in different films. Russian viewers are always very sensitive to how Hollywood and Europe show their fellow citizens, because “Russian spirit” is something unique.
Let’s remember some colorful Russian characters in the western movies.

Robin Williams (Moscow on the Hudson, 1984)
The film shows the features of Soviet society – lack of goods, queues, censorship, and indoctrination of state ideology. The talented actor played the role of a Russian musician who escaped during a tour in America.

Dolph Lundgren (Rocky IV, 1985)
One of the most striking images of the “red menace”, hammered into the heads of the average American during the Cold War, was the Soviet boxer Ivan Drago.
Dolph Lundgren also played Russians in such films as Red Scorpion, The Mechanic, and The Prisoner. Once he even sang the Soviet anthem in the film. But it would have been better if the Russians had not heard his singing. 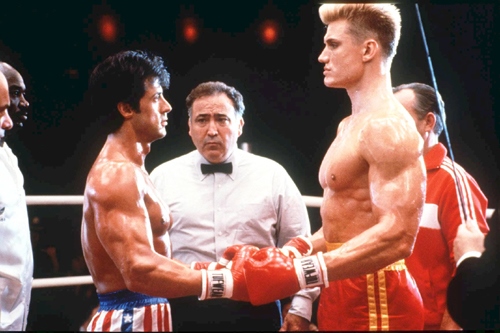 Arnold Schwarzenegger (Red Heat, 1988)
In the criminal action movie Red Heat Arnold Schwarzenegger played the Soviet police captain, Ivan Danko.
There was a perestroika in the Soviet Union in 1988. The relationships between the two superpowers, which shared the world into two halves, were improving. And the West could show Russian person as a good guy. Russian actor Oleg Vidov played Schwarzenegger’s partner.
The movie was interesting, but everyone remembers the famous dialogue in Russian «Какие ваши доказательства? – Кокаинум!» (“What is your evidence? – Kokainum!”) 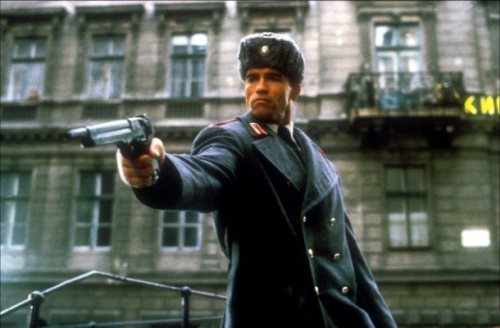 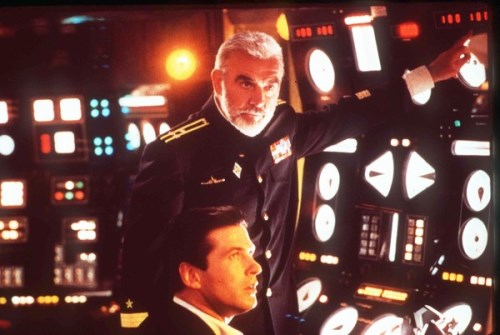 Sean Connery in the film The Hunt for Red October 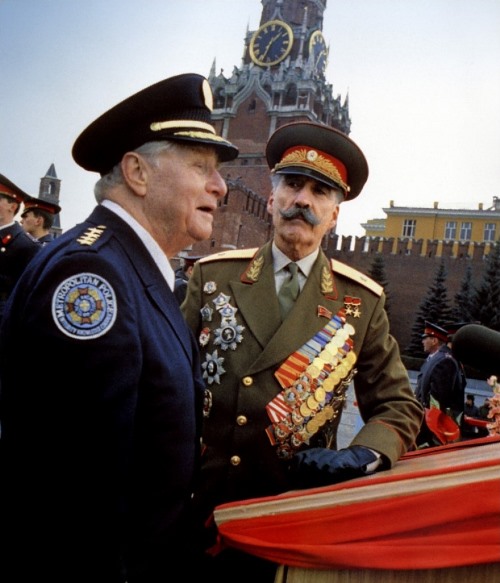 Christopher Lee in the film Police Academy 7: Mission to Moscow

Famke Janssen (Golden Eye, 1995)
Golden Eye is the seventeenth film about James Bond, fictional British intelligence agent, whose role was performed by Pierce Brosnan for the first time.
This film, unlike its predecessors, isn’t based on Ian Fleming’s works. Golden Eye is the first film about James Bond released after the collapse of the USSR and the end of the Cold War, and those events has become a key point of the script. There were a lot of Western actors playing Russians. But Famke Janssen stands out as treacherous and ruthless Xenia Onatopp, one of the brightest “Bond girls”, according to the audience and critics. 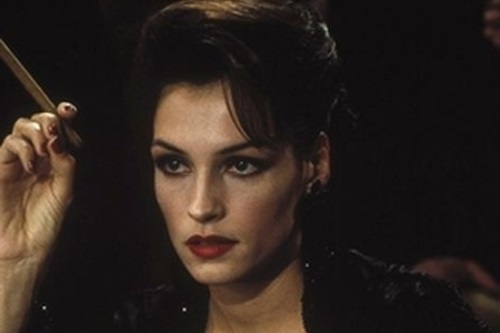 Peter Stormare (Armageddon, 1998)
The film Armageddon by Michael Bay can serve as a monument of pathos, it has lack of the slightest scientific basis, NASA even uses it as an exercise for their recruits – they are asked to list admitted errors in the description of the agency.
Look at Colonel Lev Andropov, who is flying alone through the Universe on the board of the space station “Mir”! He is wearing telogreika and ushanka instead of space suit, instead of vitamins and concentrates he has vodka, instead of computers he uses adjustable wrench. But it was Andropov, who saved the Earth, because without his swear words American shuttle would not start. However, Andropov’s imagine is just a stereotype) 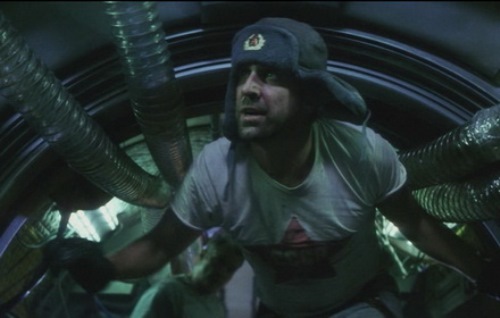 Peter Stormare in the film Armageddon 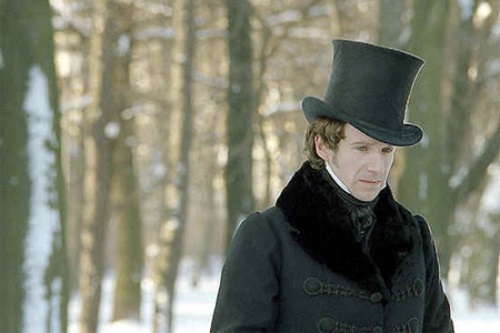 Ralph Fiennes in the film Onegin

Jude Law (Enemy at the Gates, 2001)
The action took place in 1942 during the Battle of Stalingrad. More than Russian literature abuse, Russian people don’t like when Hollywood speaks about Soviet people’s fight against Nazi troops during the Second World War. It was our victory and our pain.
Jude Law played the role of elusive sniper Vasily Zaytsev, Russian “Angel of Death”. Zaitsev is a legend and an icon for the defenders of Stalingrad. But not only Jude was great. Look at Rachel Weisz as Tanya, Joseph Fiennes as Commissar and of course Bob Hoskins as Khrushchev – victory will be ours! 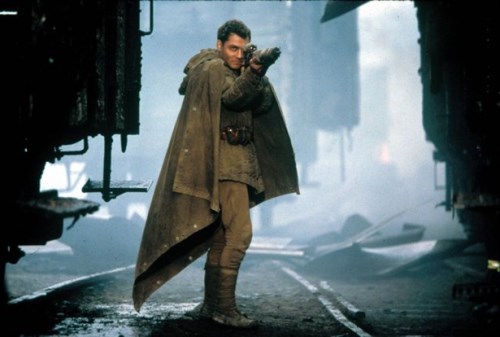 Jude Law in the film Enemy at the Gates

Nicole Kidman (Birthday Girl, 2001)
Birthday Girl is a British-American drama and crime film directed by Jez Butterworth. It is about a bank clerk from St Albans who orders a Russian mail-order bride, Nadia. Nicole Kidman, who played the role of Nadia, “got acquainted with Russia” in the Russian embassy in Australia and learned to swear like a trooper and have free taxi rides. Mathieu Kassovitz and Vincent Cassel played the roles of her Russian accomplices. 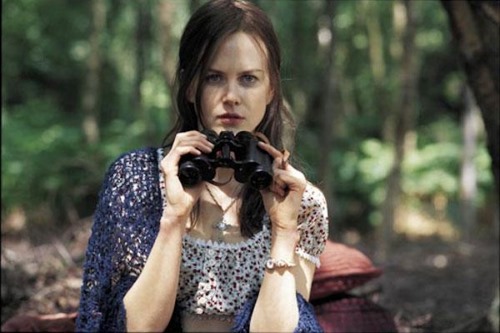 Harrison Ford (K-19: The Widowmaker, 2002)
K-19 is a feature film directed by Kathryn Bigelow. It is based on real events that happened to the nuclear submarine K-219 in 1961. The film shows the courage and heroism of the crew. Harrison Ford played the role of Captain Vostrikov. 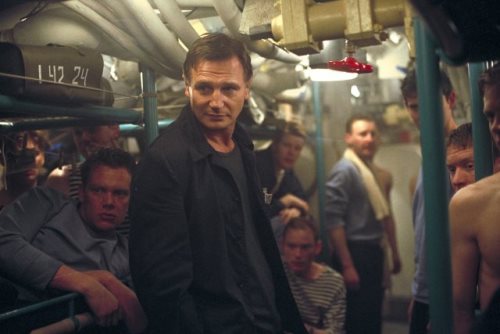 Harrison Ford in the film K-19: The Widowmaker

Nicolas Cage (Lord of War, 2005)
Lord of War can be considered as one of the best films of Nicolas Cage in the last fifteen years. His hero Yuri Orlov is similar to post-Soviet arms dealer Viktor Bout. 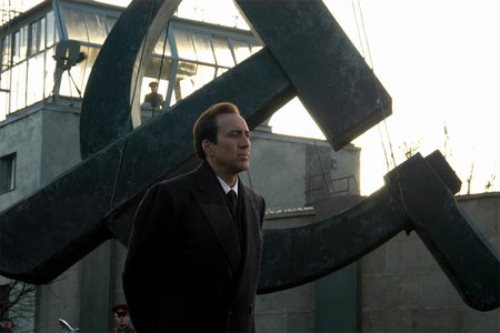 Nicolas Cage in the film Lord of War

Viggo Mortensen (Eastern Promises, 2007)
Eastern Promises is a crime thriller film directed by David Cronenberg. It is about the Russian mafia in London. Mortensen met with Russian prisoners, learned thieves’ slang, tattoos commonly worn by them, and even visited Moscow, St. Petersburg and Yekaterinburg, to feel the “Russian spirit.”
Nikolai Luzhin played by Viggo Mortensen is perhaps the most striking Russian character of the new century in a Hollywood movie.
Naomi Watts and Vincent Cassel’s heroes were also of Russian origin. 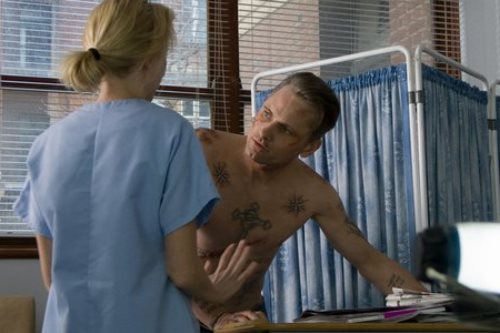 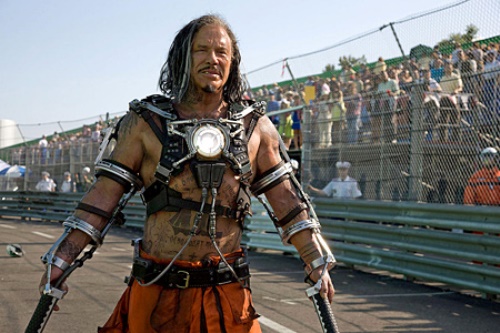 Cate Blanchett (Indiana Jones and the Kingdom of the Crystal Skull, 2008)
Once Indiana Jones fought the Nazis, but now there are some other times, the height of the Cold War, Soviet spies are all around, even in the state of Nevada. Wonderful Cate Blanchett played the role of brutal Soviet agent Colonel Irina Spalko, employee of the KGB, who is searching for a telepathic crystal skull. 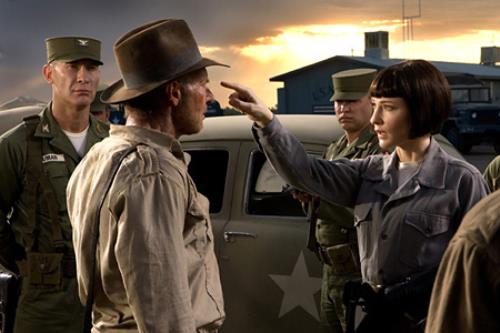 Angelina Jolie (Salt, 2010)
Angelina Jolie got the role of the secret agent Evelyn Salt, who is accused of being a Russian spy Natasha. And filmmakers showed severe Natasha’s childhood: the secret camp where harsh Soviet generals taught young girls and boys to hate America. 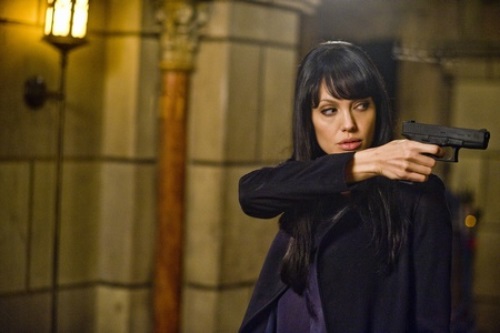 Angelina Jolie in the film Salt

Scarlett Johansson (The Avengers, 2012)
The heroine of Scarlett Johansson Natasha Romanoff appeared in Marvel comics much earlier, in Iron Man 2, but the real Black Widow showed herself only in the grand battle for New York. Superspy got some bright solo episodes where her dramatic past and present, with spectacular stunts and fighting, were shown. And certainly everything will be fine in the future (love with Captain America, for example, why not?).
To tell the truth, there was no information about Natasha Romanoff’s Russian and Soviet past. She is in this list simply because she is gorgeous!
Who knows, maybe it even will be a personal film about the Black Widow. 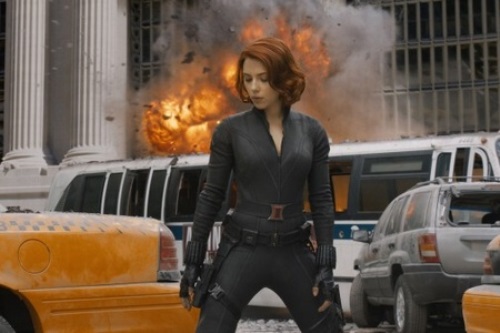 Scarlett Johansson in the film The Avengers

Keira Knightley (Anna Karenina, 2012)
Hollywood and Europe repeatedly showed Anna Karenina on the big screen, but perhaps no one film adaptation of Leo Tolstoy’s novel caused so much controversy as Joe Wright’s one with Keira Knightley in the title role.
Wright has created an amazing world which combines theater stage, movie screen and outdoor flash mob, but lost an impressive part of the thoughts and feelings.
That’s why the film was awarded Oscar and other prizes exclusively for the costumes and the scenery – new Karenina is really better outside than inside. There is almost nothing Russian left in the film, even the snow is artificial.
Frankly speaking, it’s not very easy even for the Russian actors to show all thoughts and feelings Tolstoy wrote about. 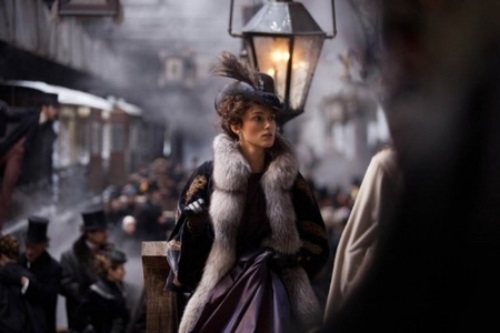 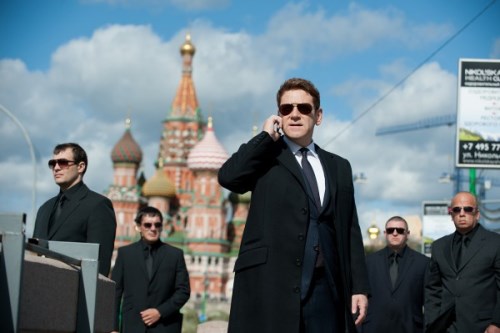