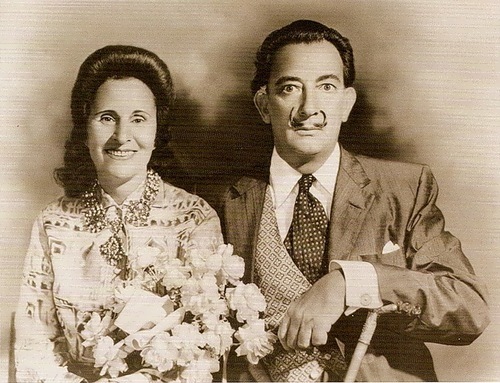 Gala was a mysterious and highly intuitive woman, who was able to recognize artistic and creative genius when she saw him.
The woman became Dali’s greatest inspiration, his wife, friend, secretary, his muse and goddess.
Elena Diakonova (Gala’s real name, 1894-1982) was born in Kazan, Russia. She spent her childhood in Moscow where she got a good education. Diakonova graduated from the M.G. Brukhonenko academy for young ladies with a very high average mark.
In 1912 she suffered from tuberculosis, and the family sent her to Switzerland. There she met Eugene Grindel (later known as Paul Eluard). They married in 1917, and the following year their daughter Cecile was born. Because of Diakonova, Paul began to write love poems. And she became his muse, constantly inspired him to create new poems. However, in 1929 Paul met Maria Benz (Nusch), his new muse and future wife.

Eluard was related with the leading figures of the surrealist movement. And his wife also attended some of their meetings. Elena met Max Ernst, German and French painter, in 1921, when together with her husband Paul visited the artist in the city of Cologne (Germany). She posed for Max and became his lover. The following year, Ernst moved to an Eluard’s house in Val d’Oise (France). They didn’t hide the love triangle. Max Ernst painted a number of her portraits. Their relationship ended in 1924.
You know, Elena met Salvador Dali in 1929. She was 36 years old and Dali was 25. When the painter met the Russian woman he fell in love with her. In 1930, she left Eluard and their daughter, and went to Dali. But the Eluards divorced only in 1932 and 2 years later Paul married Nusch.
Pretty girl was portrayed as Dali’s one and only muse that made him a man and an internationally acclaimed genius. She was portrayed as Madonna, Venus and Helen the Beautiful – a delusion, an incantation, a talisman. She was not beautiful, but everyone admitted her charm.
Dali and his muse got married in 1958, 29 years after their first meeting.
In 1968 the painter bought a castle in Pubol, Girona, where Elena 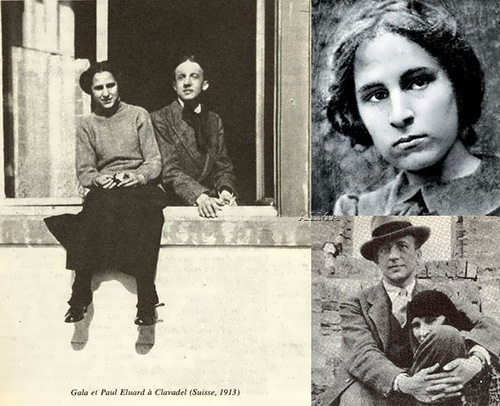 lived separately from her husband. And he was able to attend it only with the written permission of his wife. Since 1996 the castle has been opened to the public as the Gala-Dali Castle House Museum in Pubol.
During her last years she suffered from serious and painful diseases. “The day of death, – she said – will be the happiest day of my life.” Gala died on June 10, 1982, she was 88…
After the death of his wife Dali was deeply depressed. The motif of mourning dominated in his paintings for a long time.
On January 23, 1989, while his favorite record of Tristan and Isolde was playing, Dali died of heart failure at the age of 84.
Source: www.liveinternet.ru 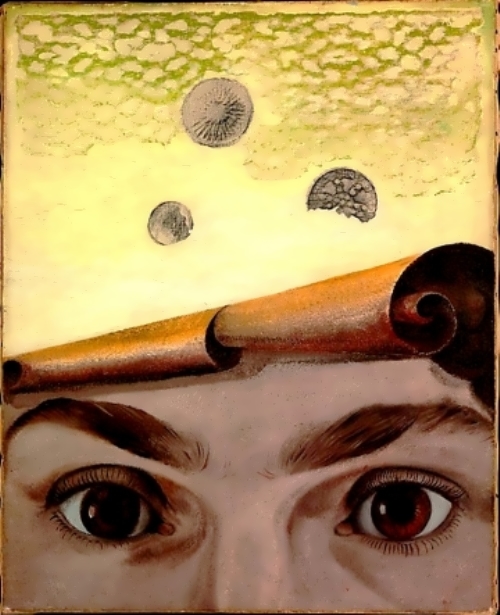 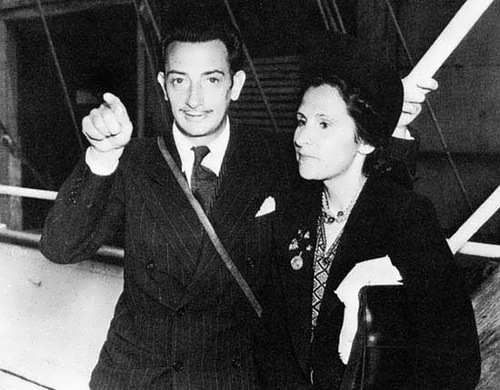 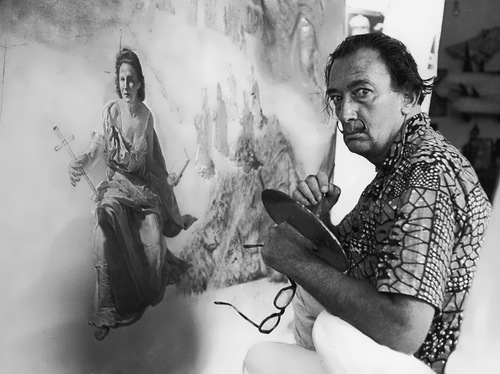 Dali is painting his muse Gala 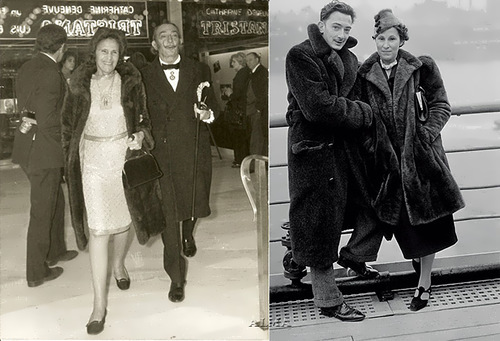 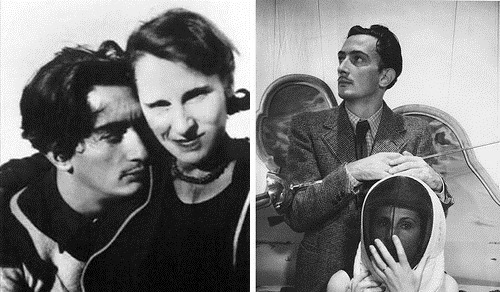 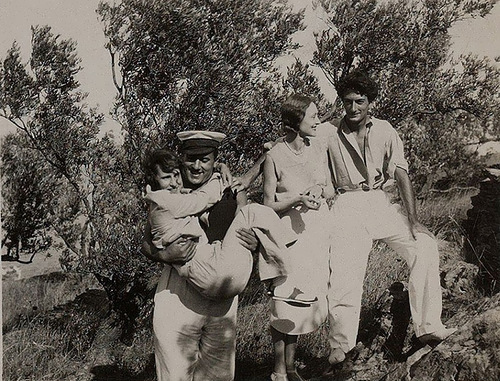 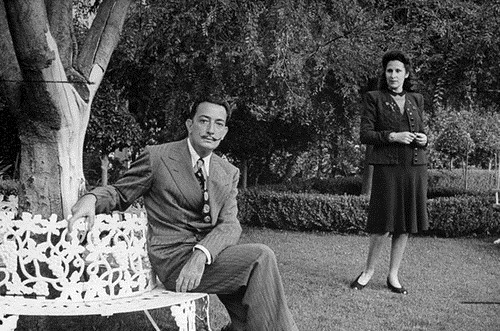 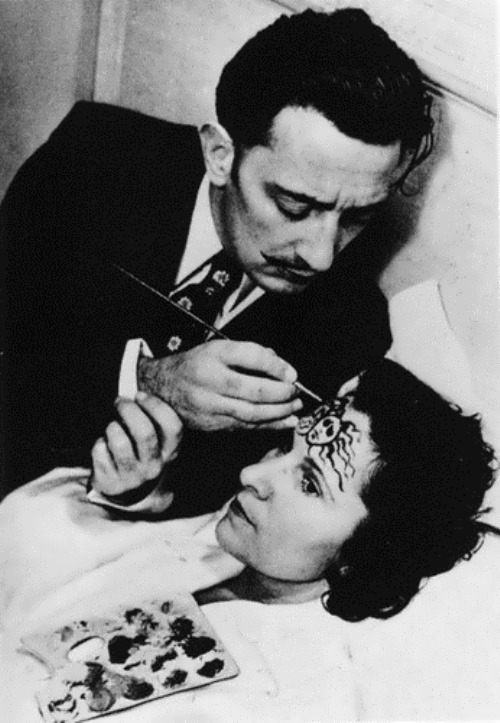 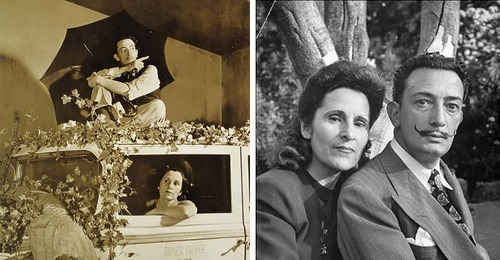 Awesome Dali and his wife Elena 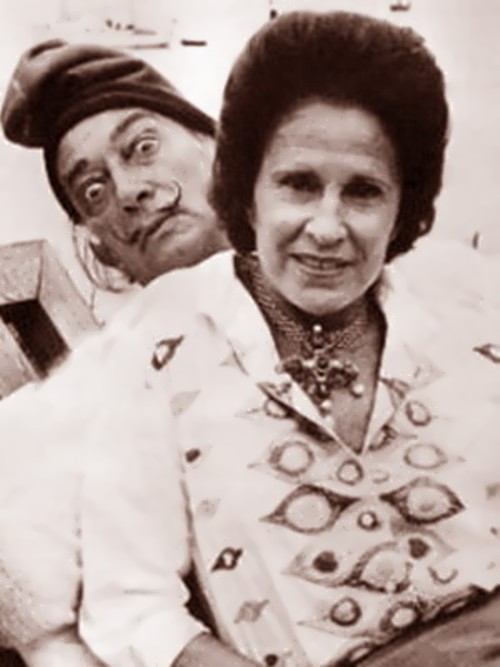 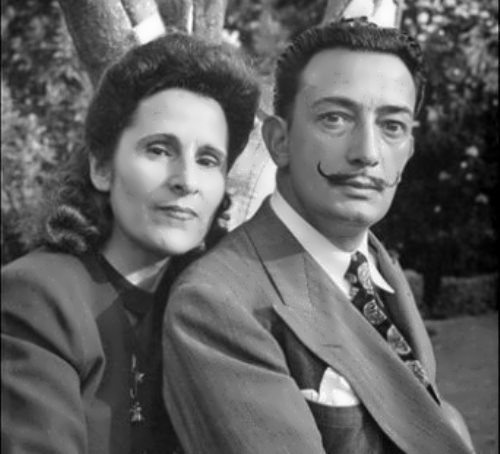 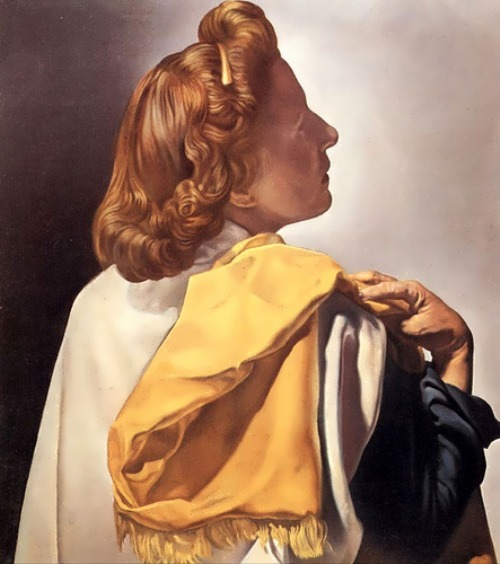 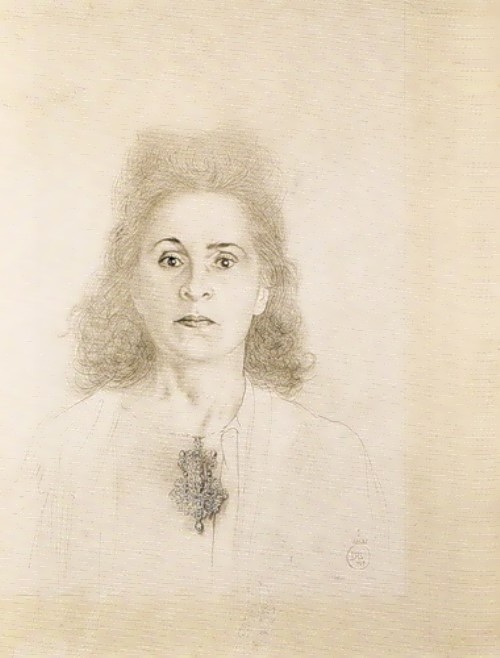 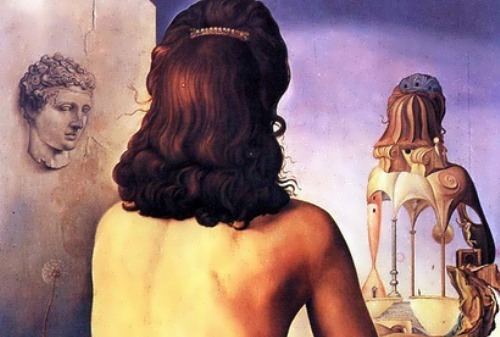 My Wife, Naked Looking at her own Body, which is Transformed into Steps, Three Vertebrae of a Column, Sky and Architecture – 1945 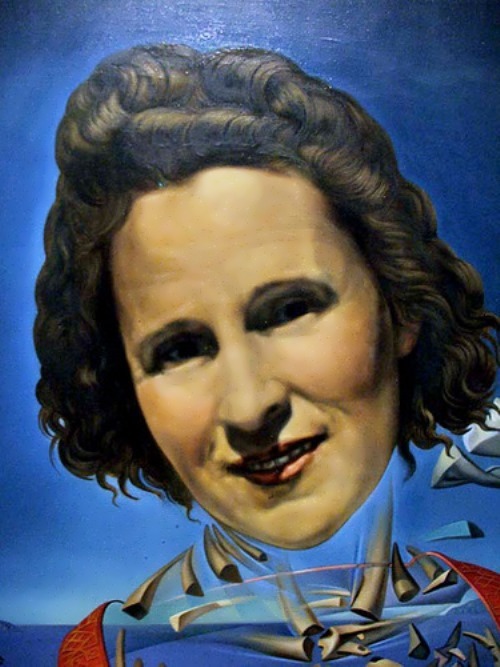 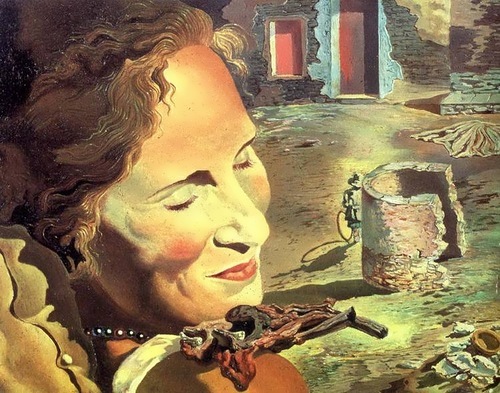 Charming Portrait of Gala with Two Lamb Chops Balanced on Her Shoulder, 1933 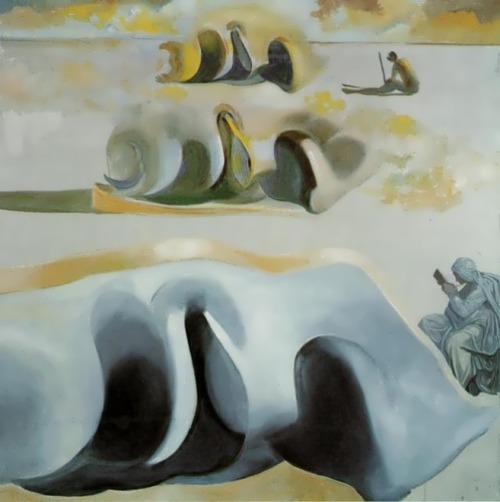 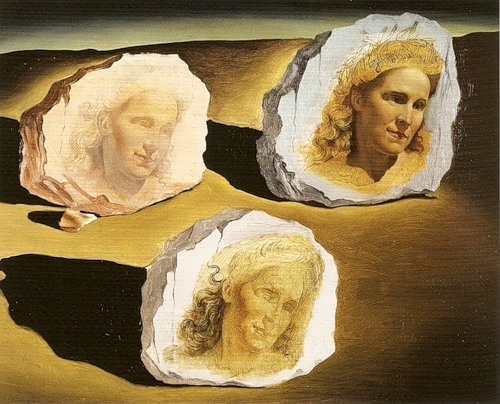 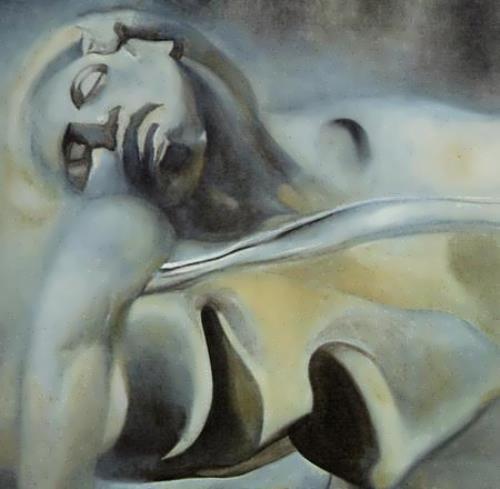 Untitled (first study for The Three Glorious Enigmas of Gala), 1982