« Russians on the Moon
Most famous women – record holders » 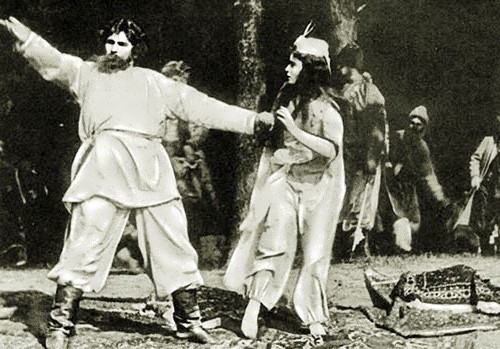 On October 28, 1908 a short film Stenka Razin was released in Russia. It was directed by Vladimir Romashkov and based on a folk song about Stenka Razin. The film is considered to be the first short film of the Russian Empire.
Here you can find information about other first Russian short films.

The Coronation of Nicholas II (1896)
The first film in the Russian Empire was made by a Frenchman, Camille Cerf, the cameraman of the Lumiere brothers. After having received the royal permission, he made the world’s first report on the coronation of Nicholas II.
One remarkable review in a Moscow newspaper: “He (Camille Cerf) will film the whole solemn procession. It will appear on a special moving belt. Images will be, however, so microscopic, that only after the increase they can be utilized.” 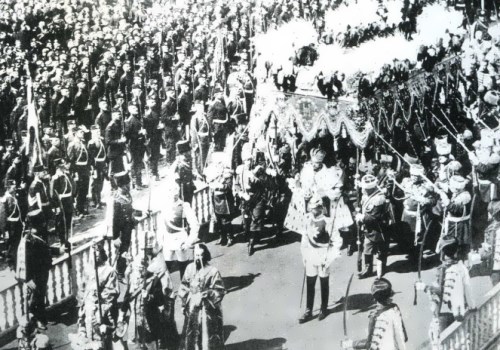 The Coronation of Nicholas II

Vladimir Sashin-Fedorov’s movies (since 1896)
“I am amazed and I am startled
What an unexpected incident!
Who would think that comedian Sashin
Will be the competitor to Lumiere!”

Unfortunately, not a single film made by the actor and amateur photographer Vladimir Sashin can be seen today. However, there are reviews, including epigrammatic one, about his works: Lumiere brothers impressed the Russians with the miracle of cinematography and one of our actors has already filmed and demonstrated “living pictures”, which are called movies. And indeed, Sashin’s first works were closer to photography than to cinema: he filmed Moscow everyday life. Soon he became more selective and inventive. For example, he remade Lumiere’s film L’arroseur arose. 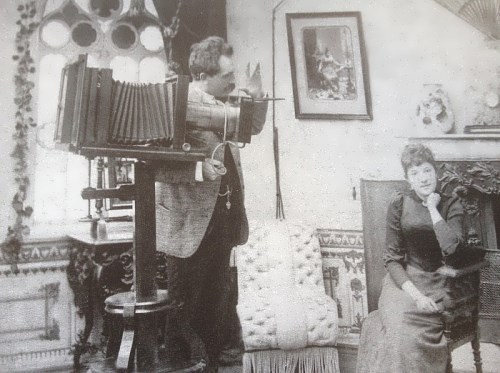 By the time of the invention of cinema, Alfred Fedetskiy was known as a master of photography, not only in Russia but also abroad. Before the first public show of his film he had arranged (perhaps the first in the world) press demonstration. Alfred invited representatives of newspapers to his photo studio and showed them the tape.
His first film was “The ceremonial transfer of the miraculous Ozeryanskaya icon from Kuryazhsky monastery to Kharkov”. According to local journalists, the duration of the film was a minute and a half, but the speed was 120 frames per second instead of 25 usual.
All Fedetskiy’s films were burnt during the fire, which occurred in his theater. After this event, he gave up cinematography. 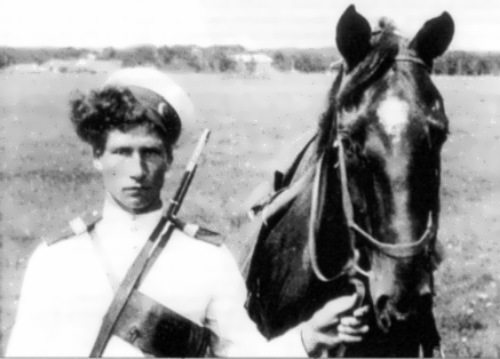 Don Cossacks is an unremarkable documentary film showing scenes from everyday life of the Cossacks. However, in the early XX century, it became a sensation. Don Cossacks was sold 219 times, while the normal circulation was two dozen. The reason of incredible commercial success was simple. Cinematography became mass entertainment in less than 10 years, but there were only foreign (mostly French) films. And among films demonstrated in theaters, there were none on Russian themes. That’s why the film about the Cossacks had made so much noise. 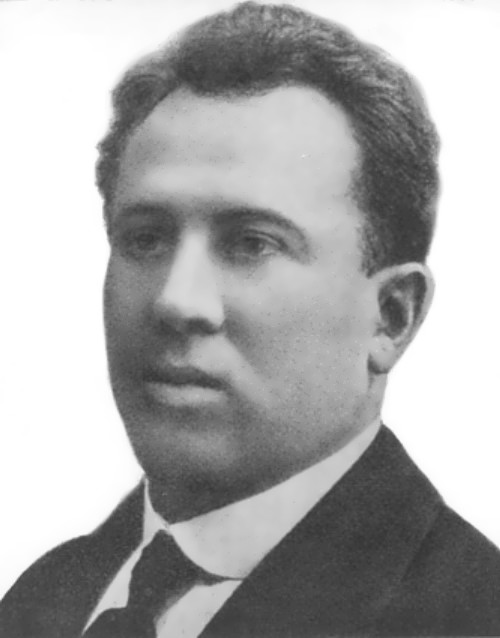 Hard working batman (1908)
The next Russian short film was also made by Drankov. Inspired by the success of “dramatic” work, he decided to try his hand at comedy. This is a story about a man who fell in love with a cook. Because of his love he undergoes – one after another – a series of classic comic misadventures.

Drama in the near Moscow Gypsy’s camp (1908)
It was the first Russian domestic drama. The last frame of the movie can be considered as a small masterpiece. The filmmakers managed to tell a love story of Aleko and Aza.

Vladislav Starevich made the first Russian animated film (and the first stop motion puppet film with a story) in 1910. It was Lucanus Cervus.