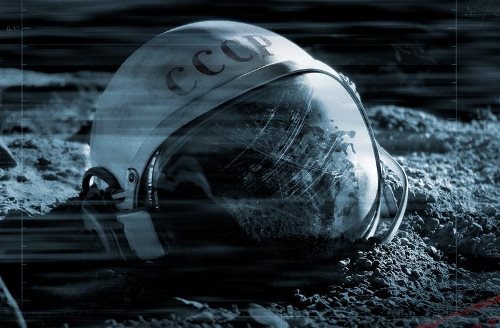 On October 22, 1966 the Soviet Union launched Sputnik Luna 12. One of our missions was to reach the moon and explore it. And we cope with it. But what exactly do the Russians do on the moon?

Dark Side of the Moon
One of the main lunar intrigue until the mid XX century was the dark side of the moon. Only half of the moon is visible from Earth. And for a long time people imagine what is happening on the hidden side. The human imagination was very bright and colorful. But on October 7, 1959 the Soviet automatic interplanetary station Luna 3 took the photo of the back side of the moon. Photos were sent to the Earth to study in three astronomical institutions of the USSR. The first map of the Moon was compiled based on these data. It included hundreds of surface details. The atlas of the dark side of the moon and globe of our satellite were released. The names of the photographed details were approved by the International Astronomical Union on August 22, 1961.

Samples
One of the main achievements in the study of the surface of the Moon is a large amount of collected soil samples, which are also called regolith. It is a layer on the surface of the moon, consisting of debris and dust. Collected samples are studied by geologists, physicists, biologists, biochemists. Unfortunately, there are no reliable data on the possibility of the existence of alternate forms of life on the Moon. But scientists, including Russian specialists, continue their research.

Pennants
The first state symbols that appeared on another planet were symbols of the USSR. Automatic interplanetary station Luna-2 reached the surface of the moon on September 14, 1959 and left pennants. It was a metal pentagon with the coat of arms of the USSR. The next day Nikita Khrushchev handed the exact copy of the pennant to U.S. President Eisenhower. On February 3, 1966 Luna-9 landed on the moon and left on the satellite’s surface a pennant. It was a triangular plate with the coat of arms of the USSR in the corner and the inscription on the bottom Union of Soviet Socialist Republics. 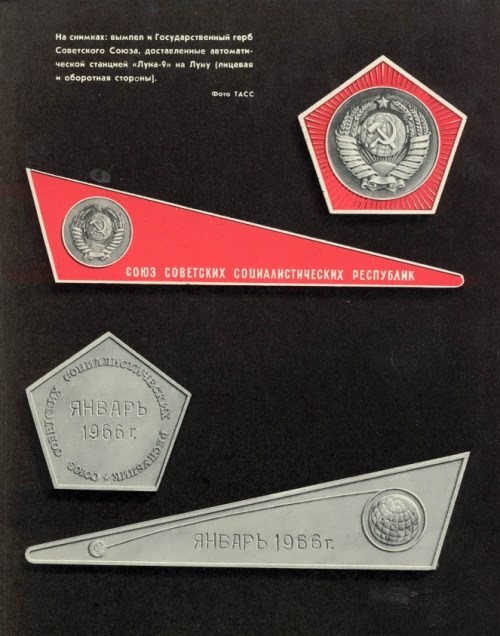 Turtles
The first living beings who could observe the Earth from the moon were turtles. The presenter of Discovery News called them communist turtles. The pair of them circled the moon on the Soviet Zond-5 during an expedition in September 1968. Unmanned spacecraft returned to Earth and splashed down in the Indian Ocean, after which the Russians saved the “crew” of the spaceship.

Water
In 1976, the Soviet Luna-24 brought lunar soil (depths up to 2 m) in which a high water content was found. Some of the samples were sent to NASA, but Western scientific community “did not notice” any water.

Tsiolkovsky’s foresight
Konstantin Tsiolkovsky was a self-taught scientist. Since childhood he had hearing problems, that’s why Konstantin spent his time reading and books were his best friends. In fact, most of his discoveries Tsiolkovsky did intuitively. In 1893 his novel On the Moon was published in Around the World magazine. Tsiolkovsky visited Earth satellite in his imagination almost a century earlier than it was done in reality. 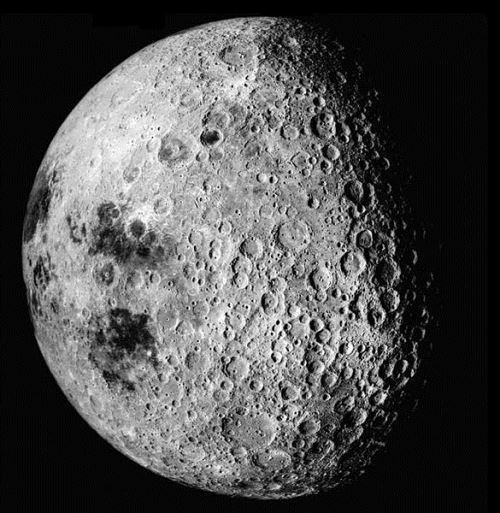