Demyan Bedny was a Russian Soviet writer, poet, publicist and public figure. He was a member of the RSDLP (Russian Social Democratic Labour Party) since 1912. In 1938 Demyan was expelled from the party and restored to party membership posthumously in 1956.
Demyan Bedny (his real name was Efim Alekseevich Pridvorov) was born on April 13, 1883 in Gubovka, Kherson Province. The boy was born into a peasant family.
In 1896-1900 he studied at the Kiev military paramedic school, in 1904-1908 at the philological faculty of the St. Petersburg University. His first poems were published in 1899. As a pseudonym (Bedny means Poor), he took the village nickname of his uncle, a public accuser and an atheist.

In 1912 he joined the RSDLP and since then his works were published in Pravda. The first book Fables was published in 1913. Later Demyan wrote a large number of fables, songs, ditties and poems.
In 1914, with the outbreak of the First World War, he was drafted into the army, took part in battles, and was awarded the St. George medal for bravery. A year later, in 1915, he was transferred to the reserve unit.
The February Revolution of 1917 found Demyan in Petrograd, where he began to cooperate with the Bolshevik newspaper Izvestia, organized in March, and later with another Bolshevik newspaper, Pravda. According to the memoirs of Bonch-Bruevich, Demyan’s fables and satirical articles pleased Vladimir Lenin, who soon met the poet and repeatedly quoted his poems in his speeches. 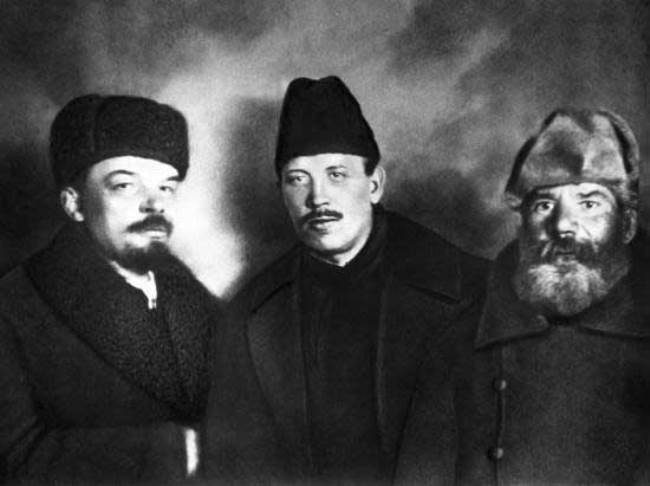 In 1918, Demyan moved from Petrograd to Moscow and got an apartment in the Great Kremlin Palace, where he lived with his wife, children, mother-in-law, and a nanny for children.
During the Civil War, Bedny conducted agitation work in the Red Army. In his poems of those years he extolled Lenin and Trotsky. During that period Bedny was a popular and successful author. People’s Commissar of Culture A. Lunacharsky praised him as a great writer, equal to Maxim Gorky, and in April 1923 the All-Russian Central Executive Committee awarded Demyan with the Order of the Red Banner. This was the first military order given for literary activity in the RSFSR.
During the inner-party struggle of 1926-1930, Demyan actively and consistently defended the line of Joseph Stalin. Thanks to this, the poet had an apartment in the Kremlin and regular invitations to meetings with the party leaders. The writer collected one of the largest private libraries in the USSR (over 30,000 volumes), which was used by Stalin. They had almost friendly relations. Demyan was also given a personal car Ford. In 1928, the writer was sent to a two-month treatment in Germany, accompanied by family members and an interpreter. 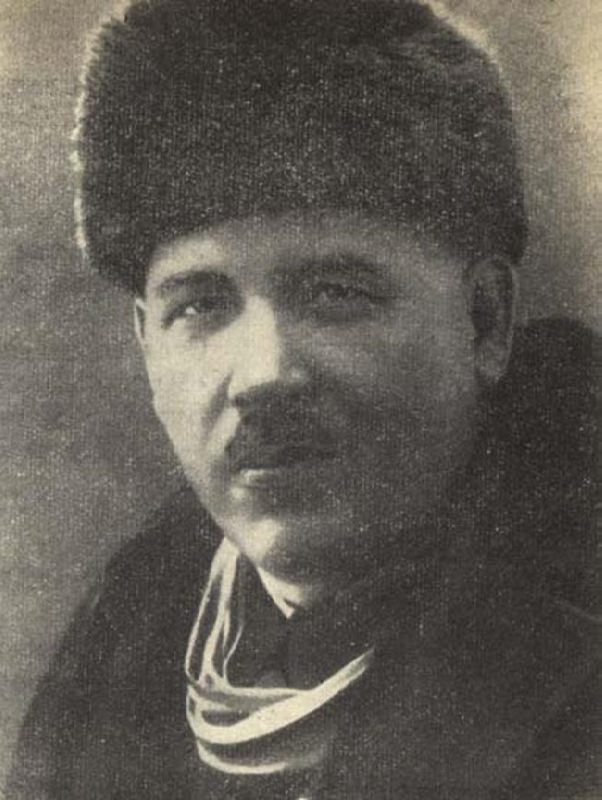 In July 1938, Demyan Bedny was expelled from the CPSU and from the Writers’ Union with the wording “moral decay”. His works weren’t published, but the objects that had his name were not renamed.
Demyan, who fell into disgrace, was poor, had to sell his library and furniture. He wrote new praises to Lenin and Stalin, but in a conversation with his relatives he spoke extremely negatively about the leader and the rest of the party leaders. Stalin knew about this, but he did not try to persecute the poet.
Demyan Bedny died on May 25, 1945 in Moscow. 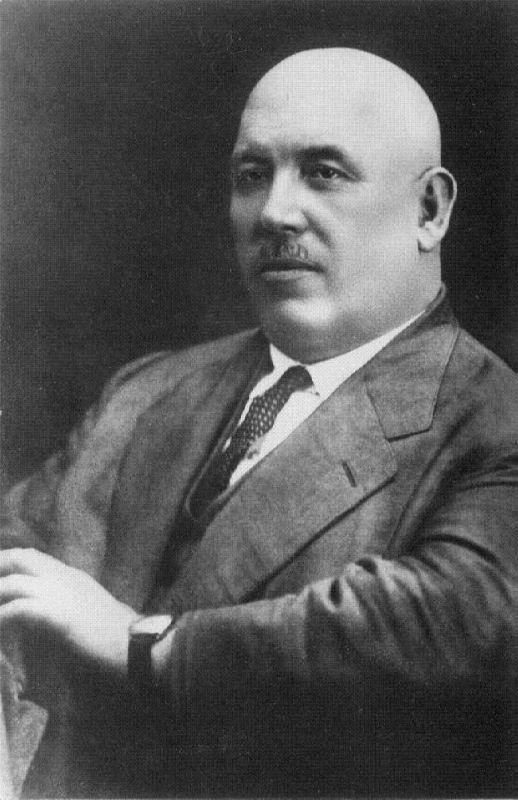 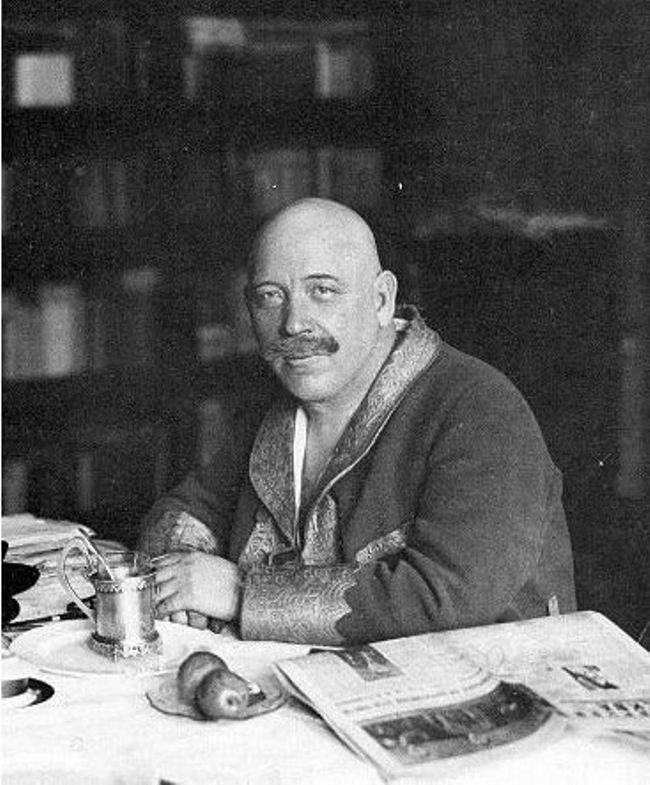 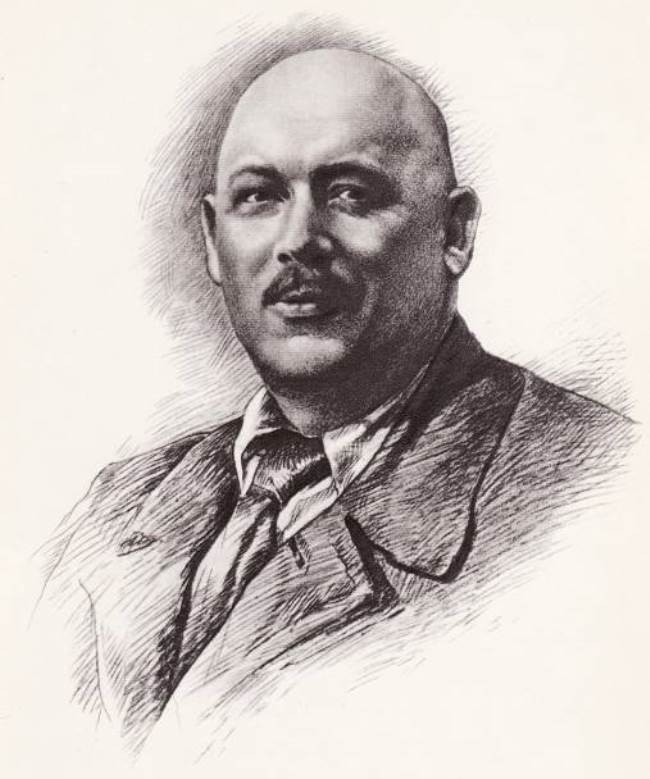 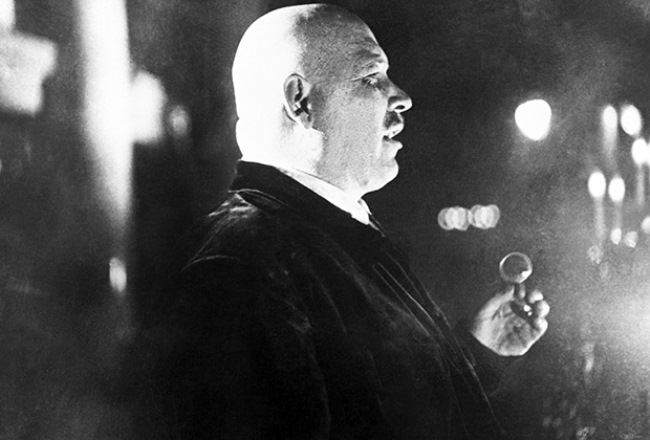 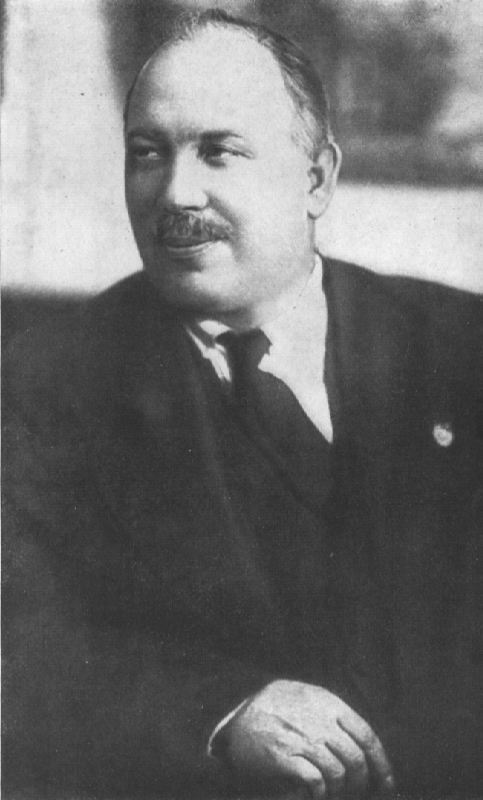 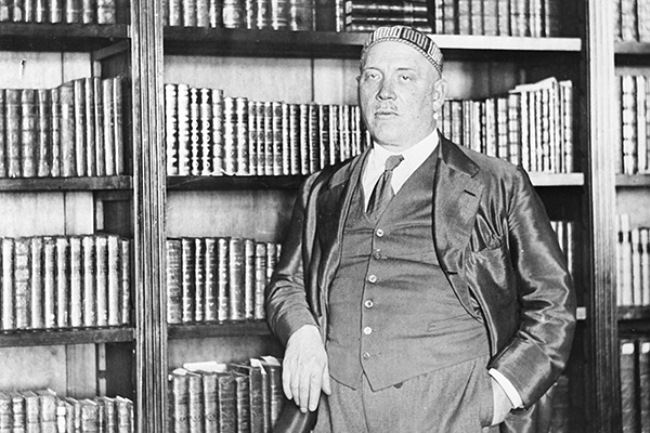 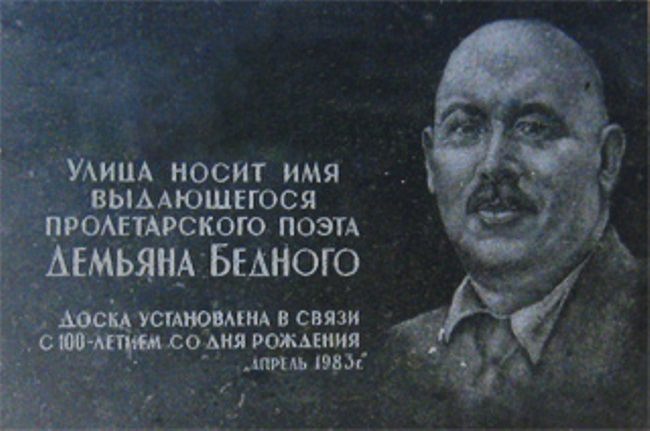