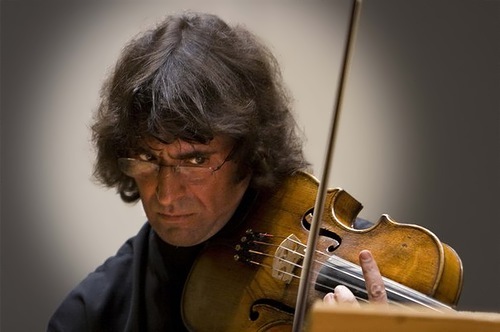 Yuri Bashmet is a famous Soviet and later Russian violist who proved to the whole world that the viola is a full-fledged solo instrument. In addition, Yuri is a conductor, teacher and creator of the Moscow Soloists Chamber Ensemble. By the way, he is People’s Artist of the USSR (1991), laureate of the State Prize of the USSR (1986) and four State Prizes of Russia (1993, 1995, 2000, 2013). Also he is Honorary Academician of the London Academy of Arts.
The boy was born on January 24, 1953 in Rostov-on-Don into a Jewish family. In 1958, his family moved to Lvov. There he graduated from the Lvov Music School in 1971.
Talented viola player performed in the Great Hall of the Moscow Conservatory. The performance brought him the recognition and respect of teachers and connoisseurs of classical music, but also the first earnings.
In 1972, Yuri bought a viola of the eighteenth century made by the famous Italian master Paolo Testore in 1758. Even today the musician uses it in his performances.
In 1976, Bashmet graduated from the Moscow Conservatory. As a student Yuri was awarded the Second Award at the International Contest of Violists in Budapest (1975) and Grand Prix at the ARD International Music Competition in Munich (1976).
END_OF_DOCUMENT_TOKEN_TO_BE_REPLACED 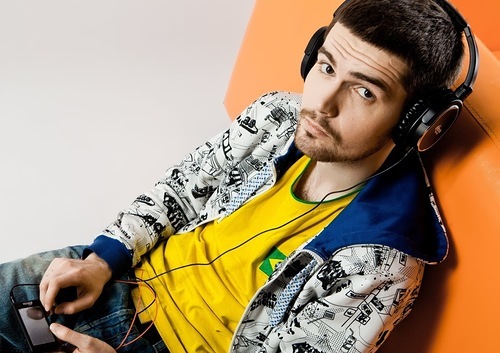 Ivan Alekseev, better known as Noize MC, is a Russian rock musician, hip-hop singer, songwriter and actor. He is famous because of the numerous Lo-Fi compositions. His music combines the features of several styles. The artist described his work as modern urban music at the turn of the hip-hop, punk, reggae and break beat. You know, he is an author of seven studio solo albums, four singles.
The boy was born on March 9, 1985 in Yartsevo, Smolensk region. His father was engaged in music. In 1994, the parents divorced and the mother took her son and moved to Belgorod. When Ivan was 8 years old, he began to write poems and was fond of music. The boy graduated from music school.
In 1998 and 2000, Ivan participated in the regional contests of young musicians and each time received the first place.
Being a fan of guitar rock music (punk rock), at the age of 13 Ivan formed his first band. Together with his classmate Arkady, aka Adik 228, Ivan participated in a local rap group VIP. Later Noize MC and Adik formed a rap duo Face2Face. The group participated in many regional festivals, competitions and concerts.
END_OF_DOCUMENT_TOKEN_TO_BE_REPLACED 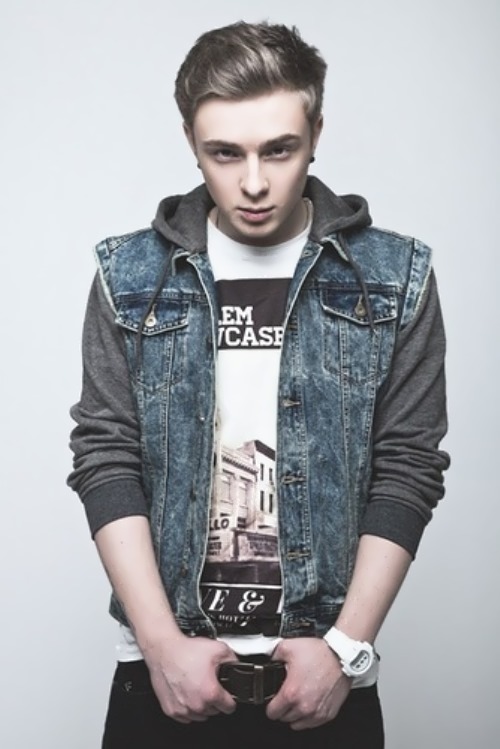 Egor Bulatkin is a popular Russian hip-hop artist and an author of the songs. The singer cooperates with the musical label Black Star Inc. and regularly releases new compositions that become hits among the youth. His stage name is Egor Kreed.
The boy was born on June 25, 1994 in Penza. His father Nikolai Bulatkin was a famous businessman, he owned the largest nuts processing plant in Russia. To tell the truth, all members of his family were connected with music: his mother sang in her youth, elder sister Polina was a singer and actress, and even his serious father played in the band.
At the age of eight, Egor began attending the chess section and even participated in youth tournaments. The boy was very keen on sports: he played basketball, football, tennis and billiards.
Being a schoolboy, Egor was inspired by the compositions of American artist Curtis Jackson, better known as 50 Cent, in particular, his track Candy Shop. At the age of 11 he began to write his first texts. In 2005 he recorded his first track Amnesia.
After school, Egor moved to Moscow and entered the Gnessin Russian Academy of Music.
END_OF_DOCUMENT_TOKEN_TO_BE_REPLACED 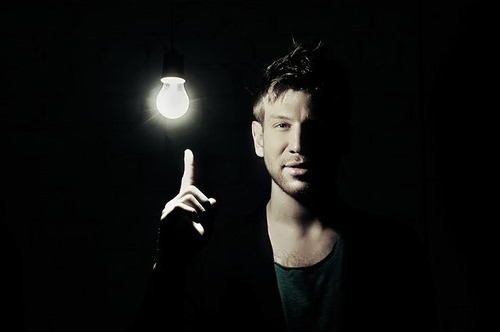 Ivan Dorn is a Ukrainian singer, DJ and presenter of Russian origin, a former member of the band Para Normalnykh.
He was born on October 17, 1988 in Chelyabinsk, Russia. In 1990 Ivan moved to Slavutich because of his father’s work at the Chernobyl Nuclear Power Plant. Two years later, his brother Pavel was born.
You know, Ivan first appeared on stage at the Golden Autumn Slavutych Festival when he was 6 years old.
By the way, Dorn is active in sports, he has several sports titles: Master of Sports in Sailing, Candidate for Master of Sports in ballroom dancing. Also Ivan is good at swimming, athletics, tennis, chess and football.
In 2006, Ivan entered the Kiev National Ivan Karpenko Kary University of Theatre, Film and Television. According to Dorn it was hard to study there.
Besides, the singer decided to take part in the popular project Star Factory-6. He was attracted by the fact that the television show was produced by Victor Drobysh, an influential and respected artist. Dorn together with his mother went to Moscow and got into the top twenty contestants. Nevertheless, Ivan wasn’t among 16 elected participants. However, later he took part in the project Star Factory: Return.
END_OF_DOCUMENT_TOKEN_TO_BE_REPLACED 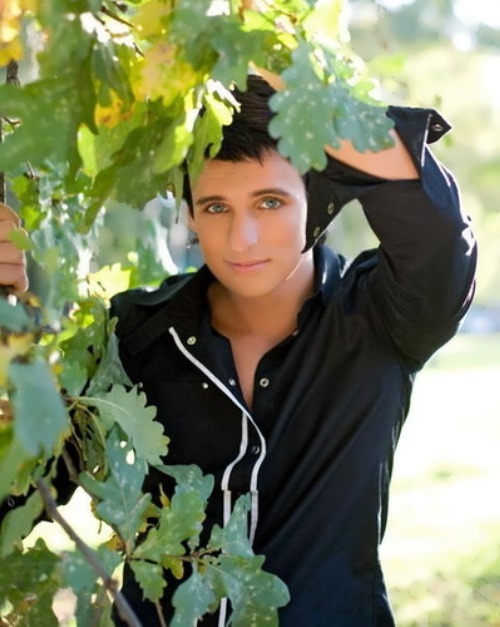 Dmitry Koldun is a talented singer and composer, who became internationally famous. You know, he became the winner of the TV project Star Factory. Moreover, the singer performed at the Eurovision Song Contest. He represented Belarus at the music contest and for the first time in the history of Eurovision brought this country to the finals. Actually, he recorded four studio albums and presented more than a dozen music videos.
Dmitry was born on June 11, 1985 in Minsk, USSR. His parents worked as schoolteachers, and the boy dreamed of becoming a doctor. He didn’t even think he would be a singer.
It is noteworthy that at an early age, the future singer managed to write a story called Dog Polkan – Petya’s Buddy (Pes Polkan Priyatel Peti). It was noticeable that all one hundred and sixty-six words in the story began with the same letter – the letter “P”. Later, his story was even published in one of the Belarusian newspapers.
After school Koldun entered the Belarusian State University, one of the most prestigious universities in Belarus, where he studied chemistry. But suddenly he turned from a scientific path and decided to go into show business. Why had he changed his plans? Perhaps the reason was the career of his elder brother – Georgi Koldun, who at that time performed in Minsk clubs with his band.
END_OF_DOCUMENT_TOKEN_TO_BE_REPLACED 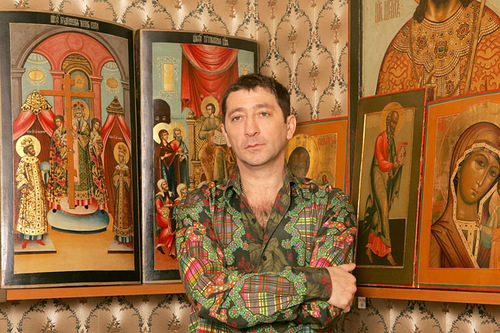 Grigory Lepsveridze, commonly known as Grigory Leps, is a Russian singer-songwriter of Georgian descent. He created a unique style mixing between rock music, pop music, and in his early career chanson. He’s known for his low, strong voice with long-range vocals.
The boy was born on July 16, 1962 in Sochi into an ordinary working family. Like all the boys he fought, loved football, girls and music. At the age of 14 he entered the School of Music. Then he served in the army. When the boy returned, he played and sang in restaurants in Sochi. Actually, he was known in the city. But he began to drink a lot of alcohol and understood he needed to change anything in his life. And at the age of 30 Leps went to Moscow.
The talented singer was not expected in Moscow with open arms. He had to sing in restaurants. Again, alcohol, and even drugs …
In 1995 Leps began working with Vitali Manshin, Yevgeniy Kobylyansky and Anatoliy Dolzhenkov. With the support of these people their debut album May God Keep You was finally recorded. The song Natalie became popular not only in Moscow but throughout the country.
END_OF_DOCUMENT_TOKEN_TO_BE_REPLACED 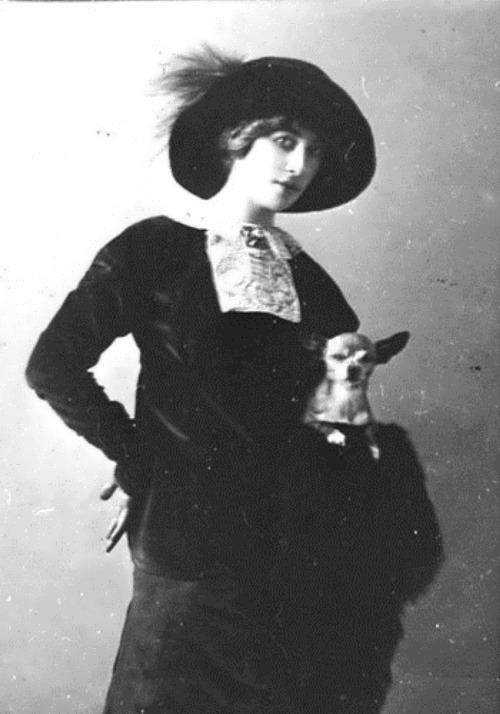 Olga Glebova – Sudeikina was a symbolic figure of the Silver Age. She was an actress, dancer, painter, sculptor, translator and one of the first Russian fashion models. People called her Beauty of the Silver Age, Columbine, Decadence Fairy.
Pretty girl was born on May 27, 1885 in St. Petersburg.
In 1905 she graduated from the Imperial Theatre School and joined the Alexandrinsky Theatre. There she became the favorite pupil of Konstantin Varlamov.
A yhear later, in 1906, Olga met the love of her life – the artist Sergei Sudeikin, and went to Moscow with him. In January 1907 they got married. You know, Olga was happy, but the idyll was broken. Poet Mikhail Kuzmin appeared in their family life. She participated in Kuzmin’s musical performances, costumes and decorations were made by Sergei Sudeikin. Mikhail became not just Sergei’s close friend, but his… lover. Olga was disappointed. The couple broke up in late 1915.
END_OF_DOCUMENT_TOKEN_TO_BE_REPLACED