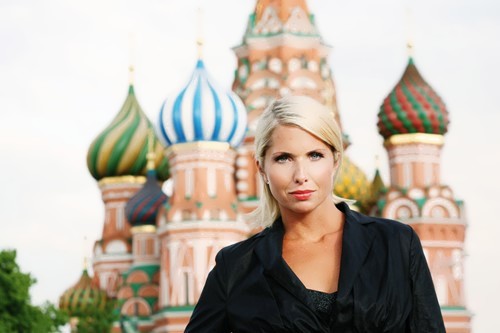 Victoria Tolstoy is a Swedish jazz singer. She is known under the pseudonym Lady Jazz. By the way, she is one of the most popular jazz performers in Scandinavia. During her career, she released 8 albums. In her works she repeatedly turns to classical Russian composers, such as Tchaikovsky, Borodin, Rachmaninov, and also Vysotsky.
Louise Victoria Tolstoy was born on July 29, 1974 in Sigtuna, Sweden. She is the daughter of musician Erik Kjellberg and great-great-granddaughter of the famous Russian writer Lev Tolstoy. Victoria’s father was a professor of music at the University of Uppsala.
When the future singer was 16 years old, her father played jazz on the piano. It was Lover Man by the great Billie Holiday. The girl realized that jazz was her destiny.
The singer debuted in 1994 with the album Smile, Love and Spice, which was recorded in co-authorship with her father. After that, Tolstoy quickly became popular in Sweden. In 1996, she recorded her second album Too Loved and received an invitation to cooperate with the American jazz studio Blue Note. By the way, Victoria became the first Swedish singer who worked with this famous company. But only one album with a spectacular name White Russian was realized (producer Esbjern Svensson).
END_OF_DOCUMENT_TOKEN_TO_BE_REPLACED 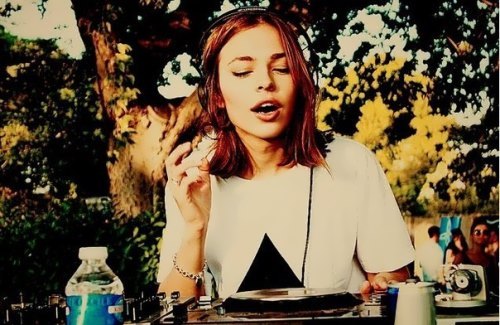 Nina Kraviz is one of the best Russian DJs, talented singer and producer. She became the first Russian DJ, who performed at the world famous festival Sonar.
Pretty girl spent her childhood in the Siberian city of Irkutsk and then moved to Moscow. Now she plays the music at the best music clubs of the capital of Russia. You know, Nina is often invited to play at clubs and events worldwide.
By the way, Kraviz was named the most beautiful DJ in Moscow by Harper’s Bazzar magazine. Also she was included in the list of 50 beautiful people in Moscow by Time Out magazine.
Moreover, she performed at a private party in honor of the main video artist Matthew Barney, played with Asia Argento, shared the stage with Grace Jones and Nene Cherry, as well as performed before the legendary Los Hermanos and Farley Jackmaster Funk.
In 2005, Nina’s first song together with Golden Boy, known for his works with Miss Kittin, was recorded.
END_OF_DOCUMENT_TOKEN_TO_BE_REPLACED 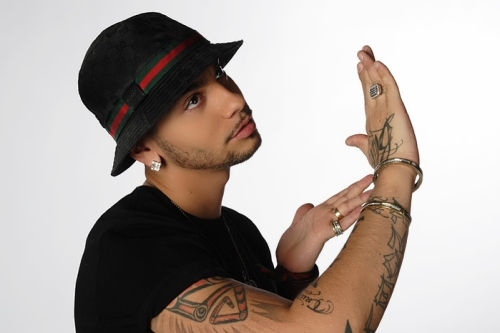 Timati is a popular Russian rapper, singer-songwriter, music producer and entrepreneur. He was a participant of the TV project Star Factory 4. In 2014, he received the title of Honored Artist of the Chechen Republic.
Timur Yunusov (his real name) was born on August 15, 1983 in Moscow. He has younger brother Artyom.
The boy studied at a music school, where he played the violin for 4 years. At the age of 13 Timur went to Los Angeles and spent there 3 years. The father hoped that his son showed any interest in learning. But expectations were broken like crystal. Timur abandoned his studies and began attending nightclubs. The future rapper decided to join the show business.
At first Yunusov was engaged in breakdance, then he created a rap group VIP77 together with his friend.
In 2000, Timur made his debut on television in the music video Party by rapper Detsl. Four years later the boy became a participant of the TV project Star Factory. In the same period, Anastasia Kochetkova and Timur created the group Banda. Their music video for the song Heavens Are Crying (Plachut Nebesa) became popular. In 2005, the band released their debut album New People.
END_OF_DOCUMENT_TOKEN_TO_BE_REPLACED 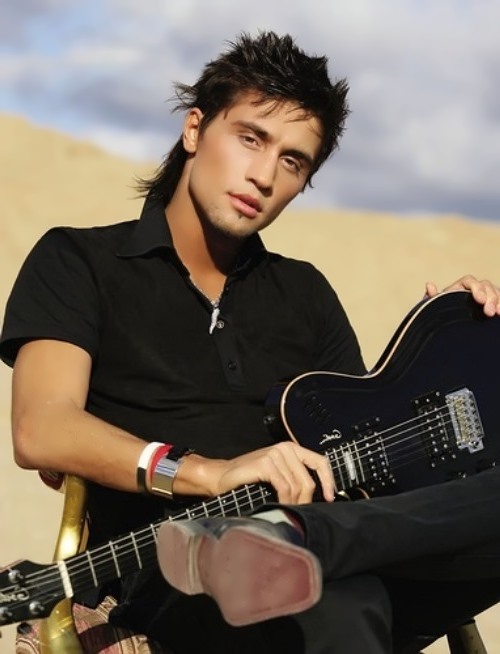 Dima Bilan is a famous Russian actor and singer-songwriter. He took the second place at the Eurovision Song Contest 2006 with the song Never Let You Go. And in 2008 Dima became the first Russian singer who won the Eurovision Song Contest. He represented Russia in Belgrade with the song Believe. You know, Bilan is Honored Artist of Kabardino-Balkaria (2006), Honored Artist of Chechnya (2007), Honored Artist of Ingushetia (2007) and People’s Artist of Kabardino-Balkaria (2008). By the way, he has had several Russian number one hit records.
Viktor Belan (his real name) was born on December 24, 1981 in Ust-Dzheguta, Karachay–Cherkessia.
In 1999 Belan came to Moscow to take part in the festival Chunga-Changa, where great Russian singer Joseph Kobzon handed him a diploma.
A year later, the music video for the song Autumn (producer Elena Kahn) was filmed on the Gulf of Finland. It was the first Dima’s studio song.
The career of the singer began when he met the producer Yuri Aizenshpis. It was he who advised the boy to take pseudonym Dima Bilan. To tell the truth, in June 2008 the singer changed his official name to Dima Bilan, because of the conflict with his producer Yuri Aisenshpitz’s heirs, who claimed the rights on this stage name. In 2012 he started a new project, taking his native name Victor Belan as a new pseudonym.
END_OF_DOCUMENT_TOKEN_TO_BE_REPLACED 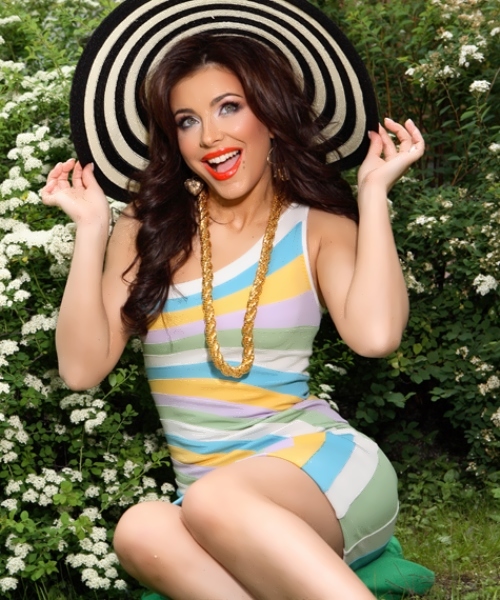 Ani Lorak is a popular singer, songwriter, actress, entrepreneur. Also she is a model and a face of many international brands. By the way, Ani is People’s Artist and Honored Artist of Ukraine, and a former UN Goodwill Ambassador.
Karolina Kuiek (her real name) was born on September 27, 1978 in Kitsman, Soviet Union. Her parents broke up before her birth. Karolina was not the only child in the family. When the girl was six years old, she was sent to a boarding school. Despite the fact that her mother worked around the clock, she was not able to feed her children.
Karolina dreamed of becoming a singer since her childhood. She performed at various school vocal competitions. In 1992 the girl won the popular contest Pervotsvit. There she met producer Yuriy Falyosa.
Kuiek became known as Ani Lorak in March 1995 when she took part in the television program Morning Star in Moscow, Russia. There was a Russian singer with the same name so Kuiek had to invent a stage name. Ani Lorak is the name Karolina read backwards.
Her first album I Want To Fly was recorded in autumn 1995. The CD was released in early 1996 by the British company Holy Musіk.
END_OF_DOCUMENT_TOKEN_TO_BE_REPLACED 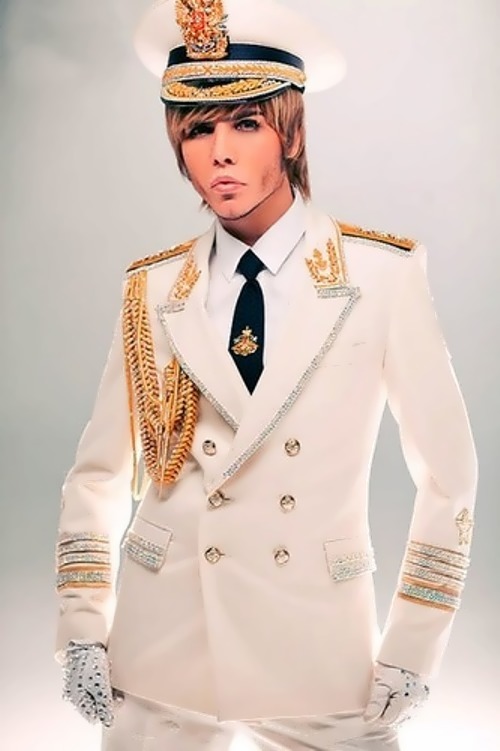 Sergey Zverev is a Russian hairdresser, stylist, singer and showman. He calls himself the King of Glamour. By the way, he is a master and the only member of the reality show about his everyday life Full Fashion (Muz-TV) and Star in a cube (MTV), Stars in fashion (RU.TV).
The boy was born on July 19, 1963 in Kultuk (Irkutsk region) into the family of a railway worker. After his father’s death (in a motorcycle accident) the family moved to Ust-Kamenogorsk, in Kazakhstan. Sergey was only four.
After school, Zverev attended a hairdressing college and received diplomas in three specialties: hairdressing, decorative make-up and clothing design.
You know, in 1979 Zverev got into the modeling business. He studied at the Paris fashion house while working there.
In the 1980s, he served in the Soviet Armed Forces in Poland, where Sergey was Platoon Deputy Commander.
Sergey opened his first salon in the early 1990s. In 1996-1998 Zverev won a series of international competitions and became the European Hairdressing Champion and the World Hairdressing Champion.
END_OF_DOCUMENT_TOKEN_TO_BE_REPLACED 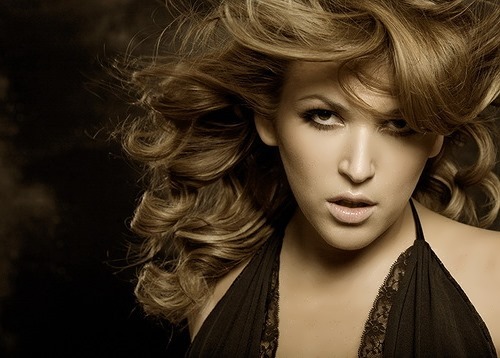 Irina Dubtsova is a Russian singer, poet and composer. By the way, she was the winner of the TV project Star Factory-4 and the finalist of the Star Factory Return. Her most famous song About Him was written by herself.
Pretty girl was born on February 14, 1982 in Volgograd. Her father is the most famous musician in Volgograd. Victor Dubtsov is the founder of the jazz band Dubcoff band, which is very popular in Volgograd.
You know, Irina was fond of music since her childhood. When she was 11 years old, her parents created a children’s musical group Class. The team had become quite popular in Volgograd.
In 1999 famous producer Igor Matviyenko got disc with the song Hijo De La Luna performed by Dubtsova. Igor looked for girls for the new band, which was called The Girls. The group had become quite popular, and the song Mama Said (U-la-la), even became one of the best music videos on MTV channel in 2000.
However, Irina left the band before the release of the first album. After leaving the group she worked as Executive Director in the SBS Entertainment studio. There Irina met Anton Makarsky, famous Russian singer. Subsequently, almost all the songs for his album were written by her.
END_OF_DOCUMENT_TOKEN_TO_BE_REPLACED
Page 7 of 38« First«...56789...2030...»Last »