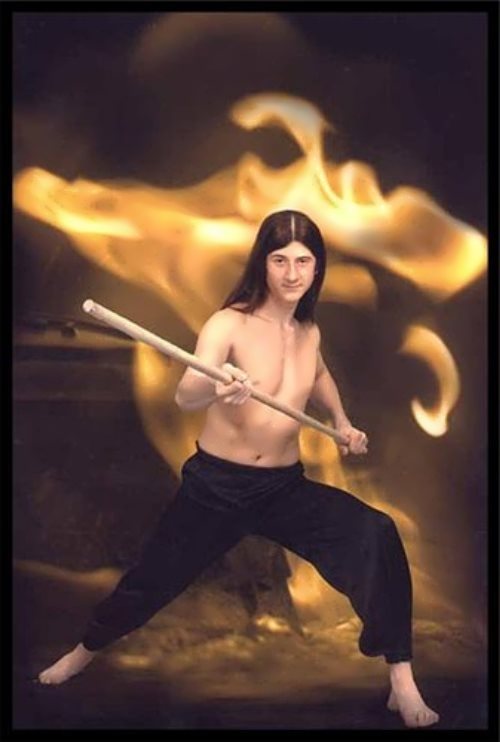 Bruce Khlebnikov is a champion among champions, Russian Guinness Book record holder, one of the strongest people on the planet. He has great physical strength and great willpower.
The boy was born on October 21, 1989 in a train Tula – Moscow. Bruce didn’t go to school, he studied at home. When the boy was five he attracted attention of the press and television as he could walk on broken glass and sharp nails. At the age of 5 the boy became Wushu champion of Russia.
8-year-old boy lifted 8-kilo dumbbell for 300 times and squatted 2000 times per hour.
By the way, Bruce has broken many records in Russia and around the world, including pulling a train with his long hair in 2002.
His hair is also a Guinness record: he has the longest hair among men in the world.

Khlebnikov’s mother Nelli named the boy in honor of famous Bruce Lee, because she liked to watch his films.
On July 27, 2001 Bruce moved a pursuit plane for 148 cm. Also he moved a bomber plane for 68 cm, which was three times heavier. On August 29 Bruce set another world record – he had torn 365 wall calendars non-stop.
You know, Bruce inflated hot-water rubber bottles until they burst into pieces.
On August 6, 2002 the boy pulled steamer Summer Lightning (22 tons) with the passengers with his hair at a distance of 10 meters.
And on September 22, 2002 in Batumi (Georgia) Bruce pulled a boat (105 tons) with his hair at a distance of 15 meters.
On April 19, 2004 14-year-old Bruce budged two tram cars with his hair and pulled them for more than three meters.
Later, on July 25, 2004 in Yakutsk Bruce budged 38.5-ton crane with his hair.
To tell the truth, in 2000, Bruce met famous actor Jackie Chan at the premiere of the film Shanghai Noon. Jackie was surprised with the boy’s abilities no less than Van Damme. Today he is friends with both actors and often visits them.
Recently, Bruce entered the Academy of National Security.
In 2011, Bruce took part in the TV show Dancing with the Stars, where Victoria Krutaya was his partner.
Source: www.vokrug.tv 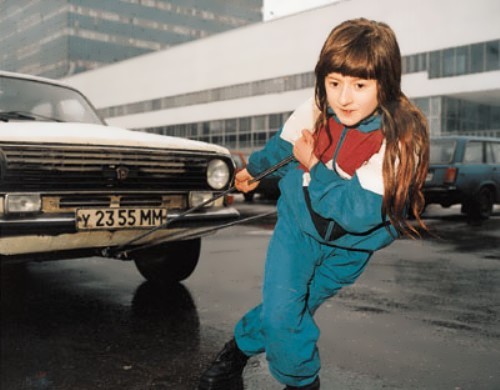 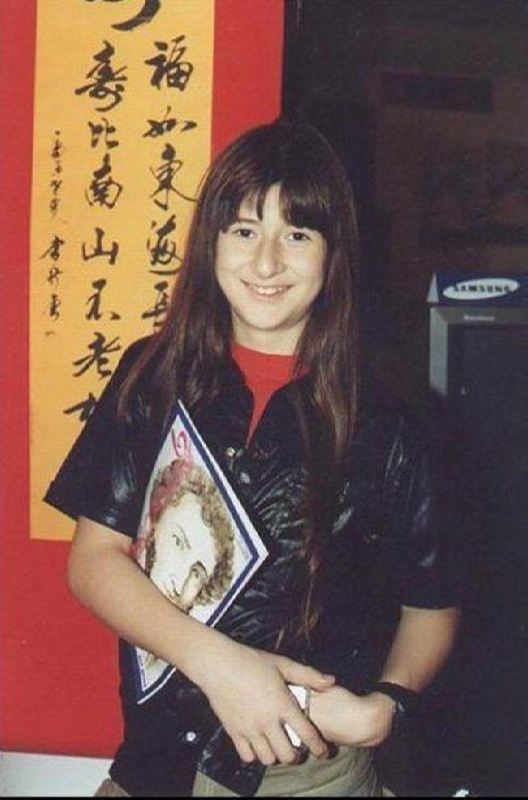 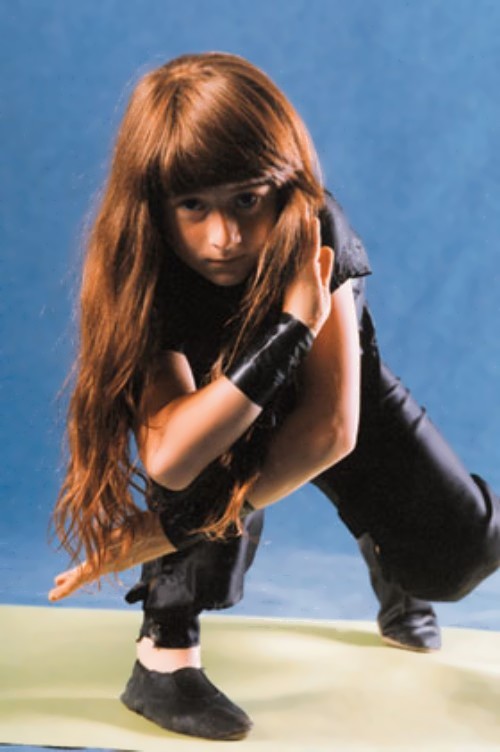 Great Bruse Khlebnikov in his childhood 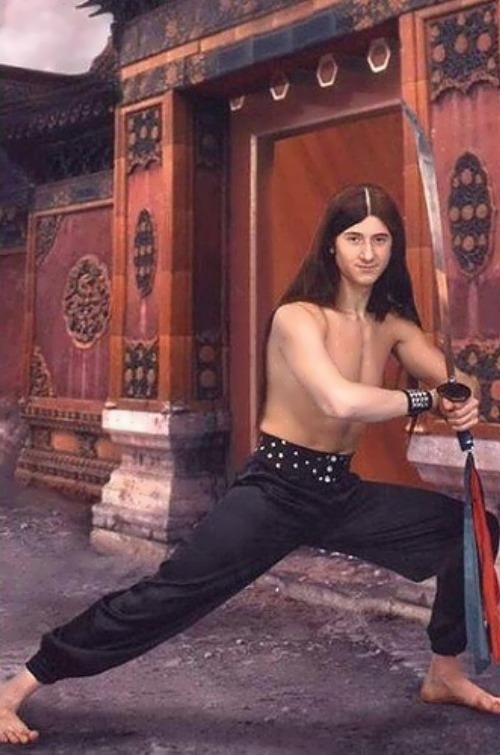 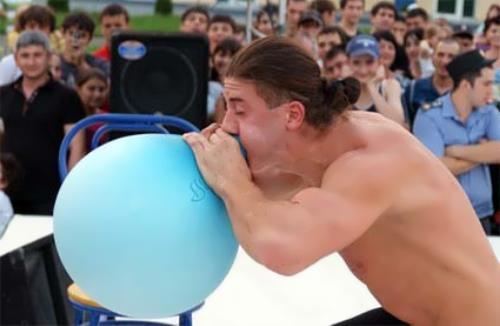 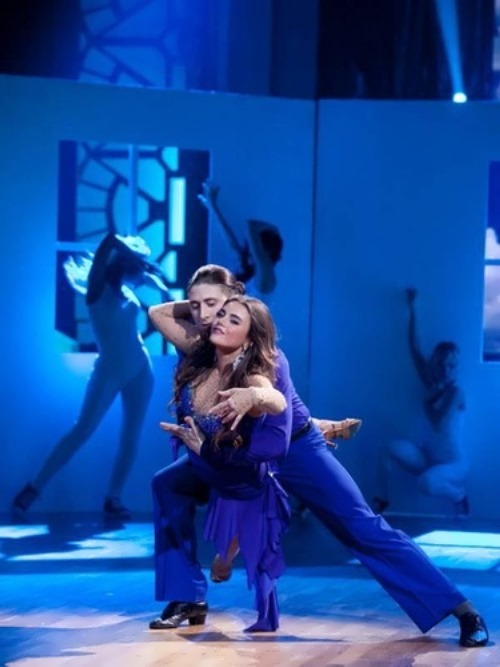 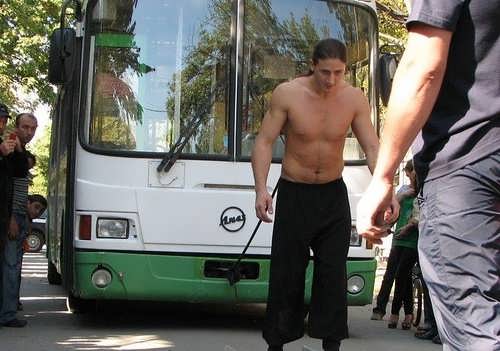 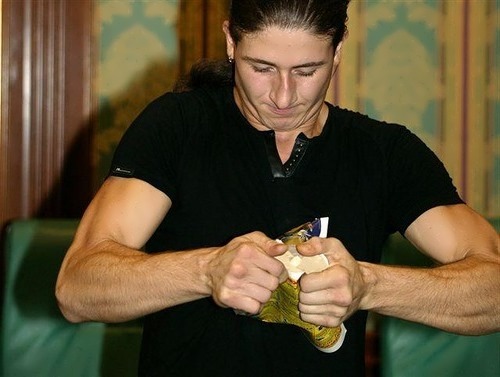 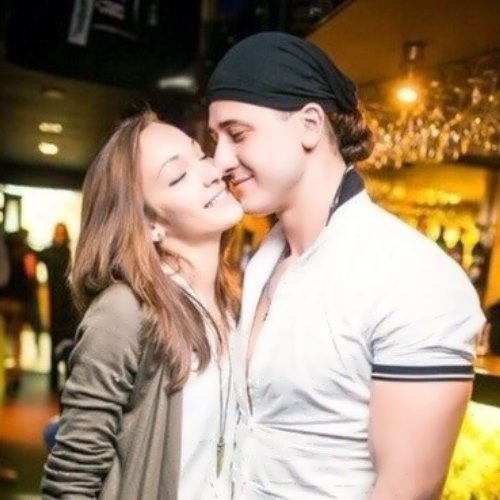 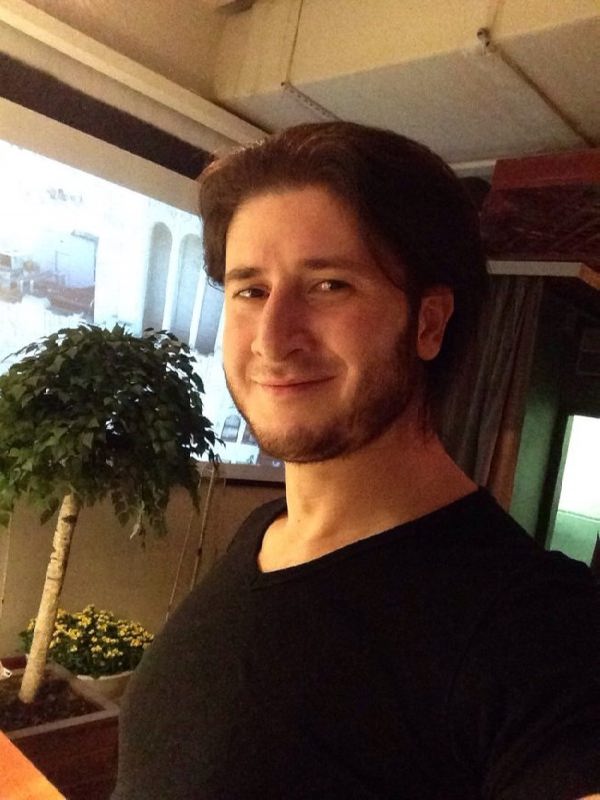 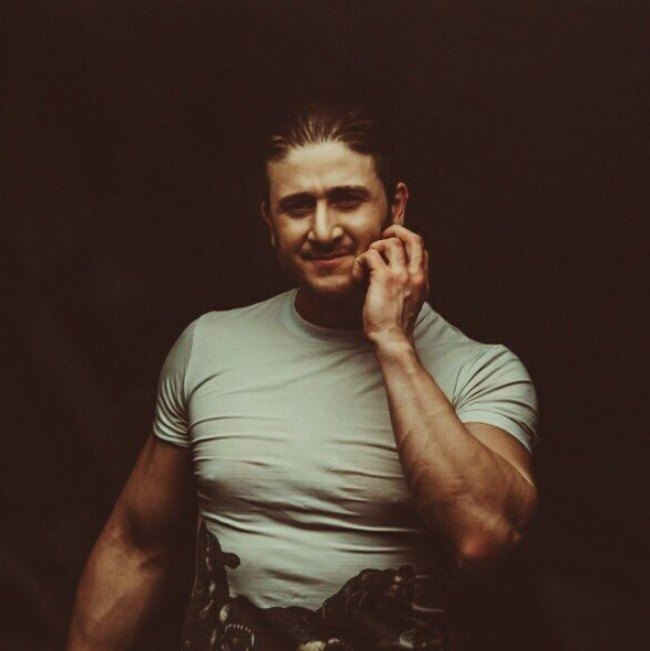 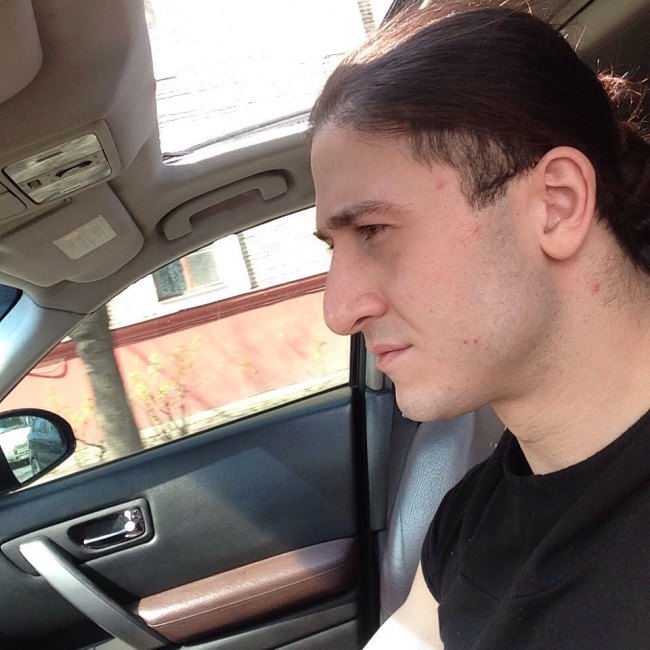 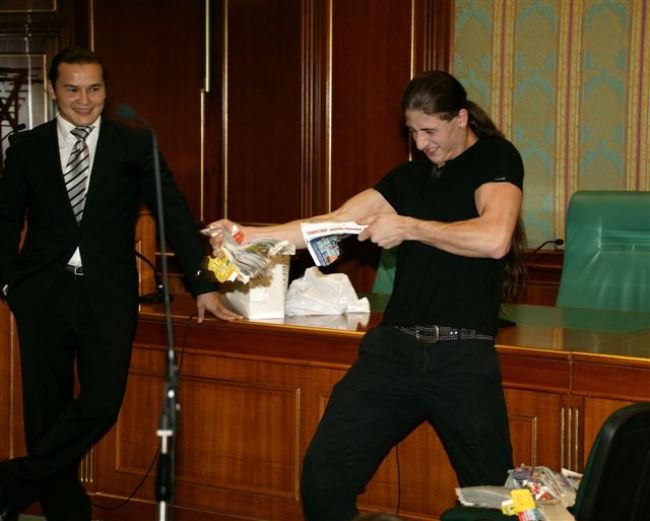 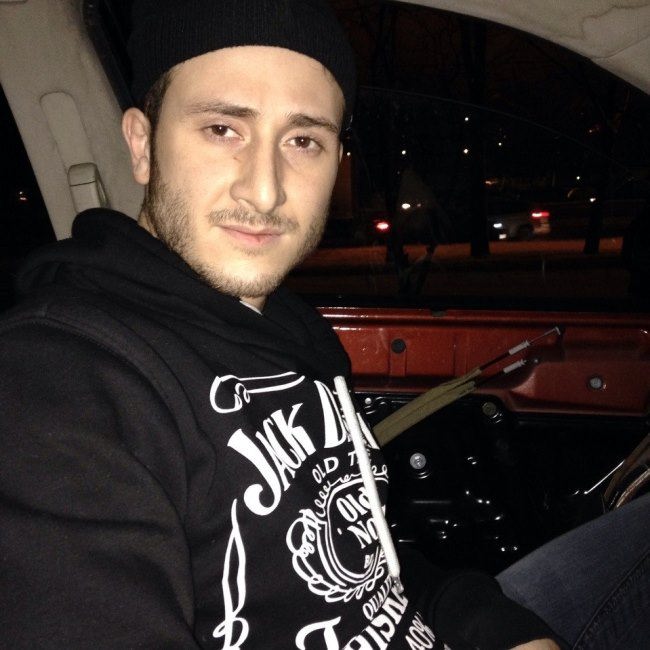 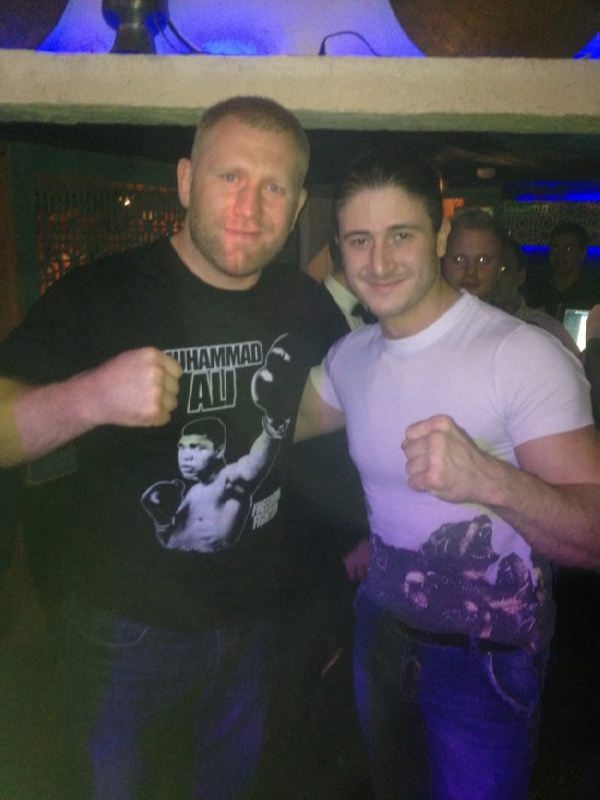