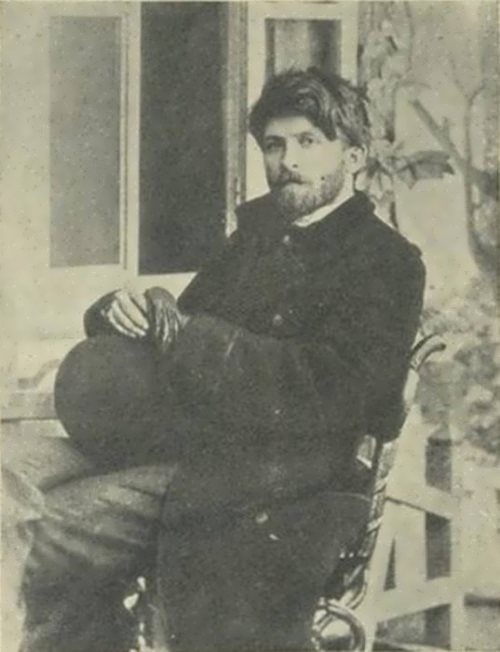 Andrei Ryabushkin is a great Russian artist, who worked in the genre of historical and genre painting. His paintings mostly describe the Moscow way of life of the 17th century.
The boy was born on October 17, 1861 in the village of Stanichnaya Sloboda, Tambov Gubernia. Since childhood Andrei loved art. His father and brother were engaged in iconography and the boy helped them. From time to time Andrei painted icons and just made drawings. When the future great artist was orphaned at the age of 14, A. Preobrazhensky noted his talent in fine art. To tell the truth, Preobrazhensky gave him that very ticket to life and took him to Moscow.
Soon after that, Ryabushkin went to Petersburg in order to enter the Academy of Arts. It was quite easy thanks to his abilities. His diploma work was on a religious theme The Removal from the Cross (1890).

In his works, Ryabushkin depicted not only the life of Moscow in the 17th century, but also various rural themes that fascinated him in the last years of his life. One of his best paintings is the Wedding Procession in Moscow, which was painted in 1901. In 1913 the painting was sold to the Tretyakov Gallery.
He is known and remembered as a man of great talent who treated his country and history with great love and devotion. His work was marked by numerous awards and reviews, including foreign critics. In life, his talent was assessed by such great painters as Ilya Repin, Vasily Polenov and others. And now his paintings are in the most famous museums in Russia.
A significant role in the works of the artist is devoted to the Russian landscape. In the last years of his life Ryabushkin enjoyed creating illustrations on the Russian epics and rural themes.
In 1903, Ryabushkin was diagnosed with tuberculosis. Unfortunately, treatment in Switzerland did not help.
The artist died on May 10, 1904 at Didvino estate, Novgorod Province. 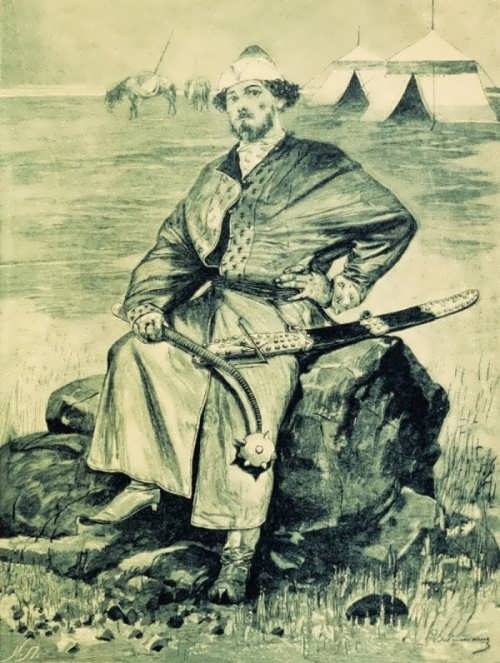 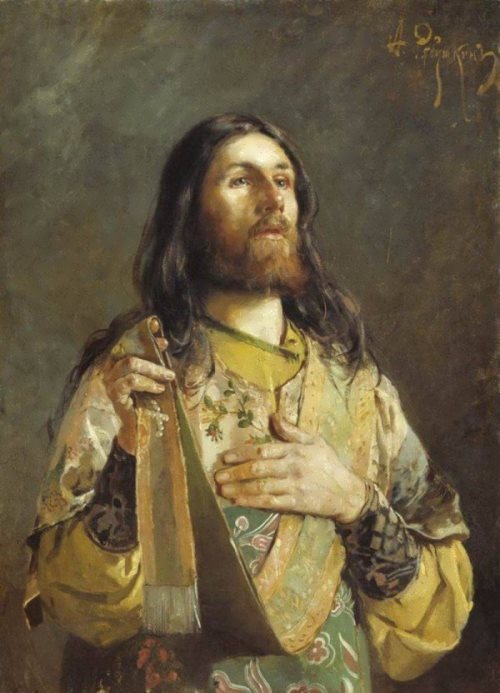 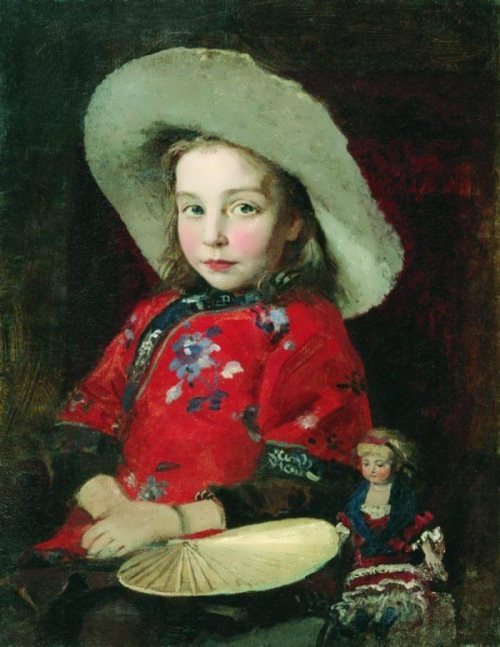 The girl with a doll 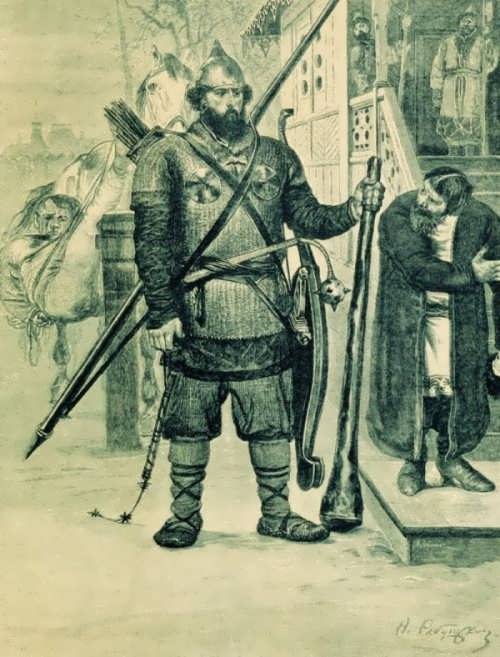 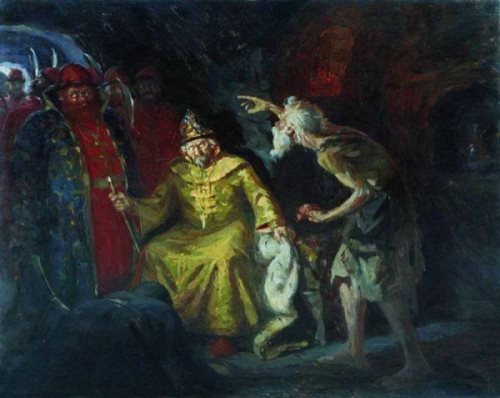 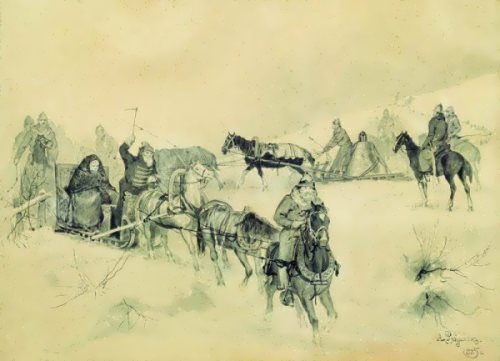 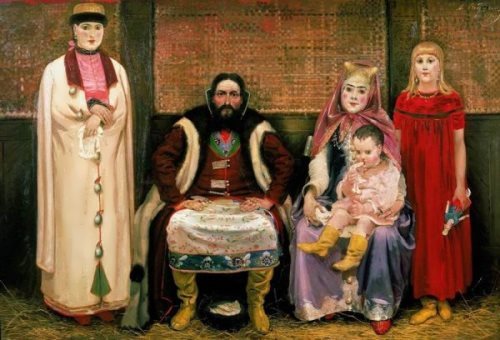 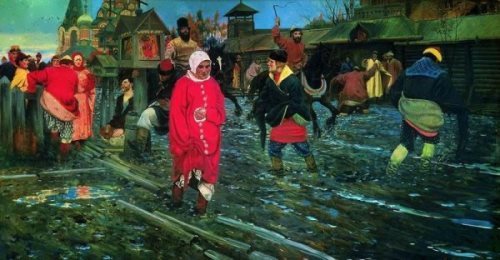 Moscow Street in the Seventeenth Century, 1896 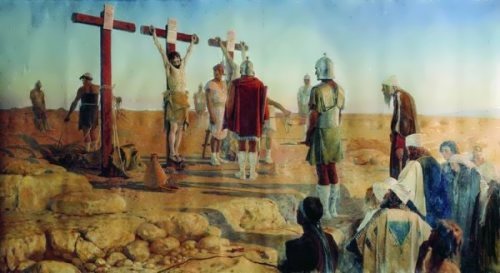 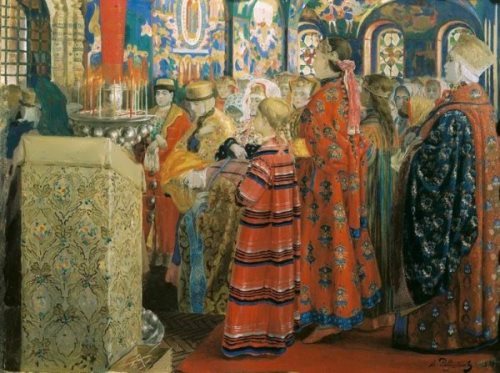 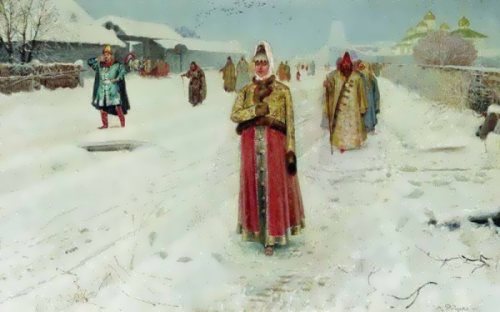 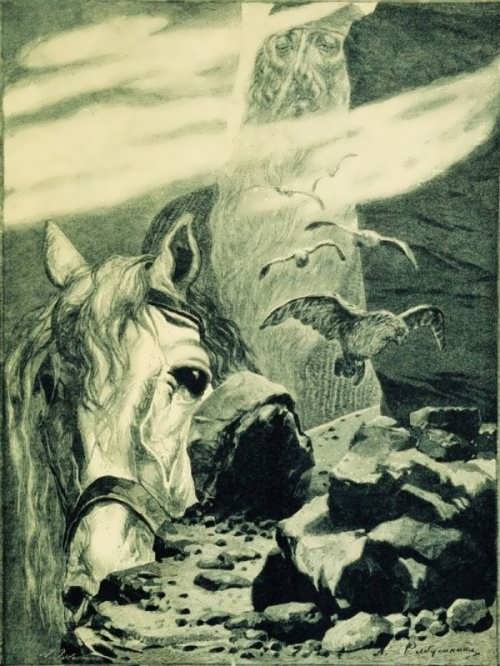 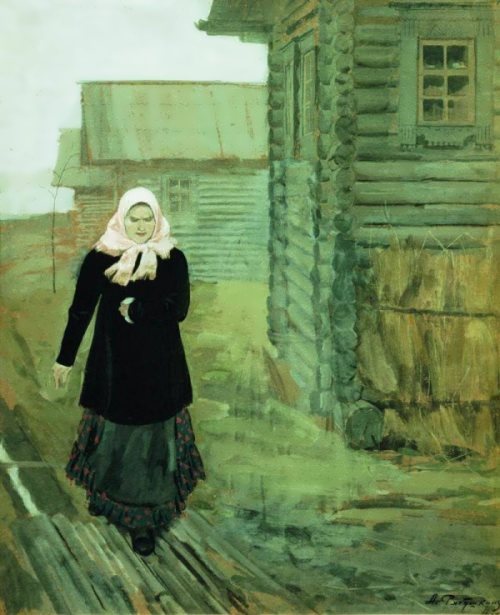 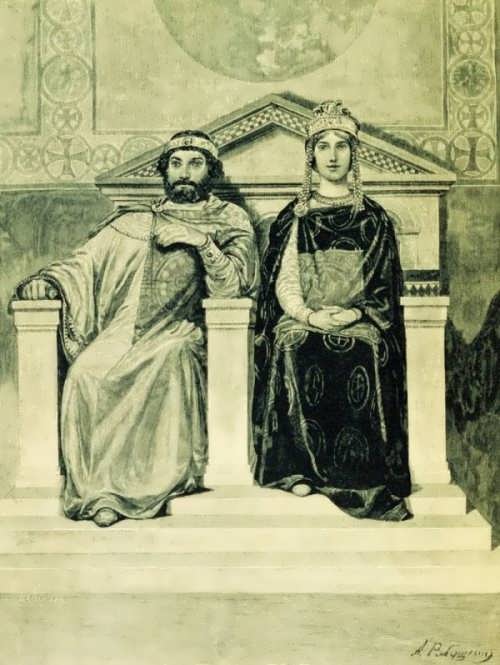 Vladimir the Red Sun and his wife Apraxia Korolevichna 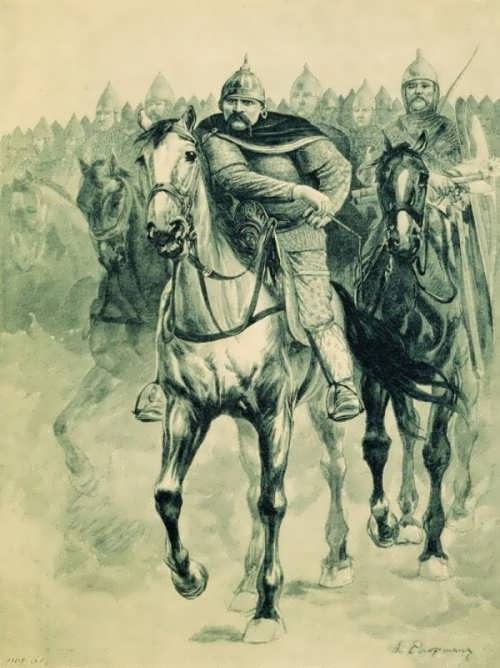 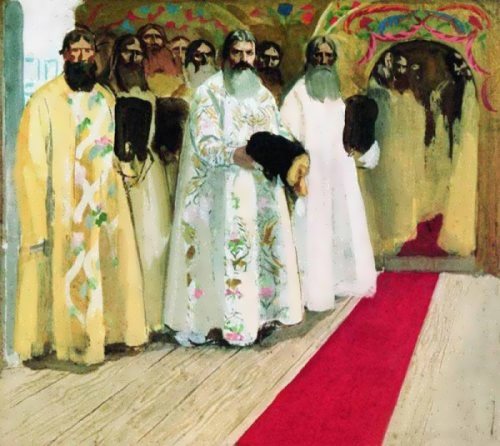 Waiting for the Tsar