Anastasia Vertinskaya is a famous Soviet-Russian film and theater actress.
Future star of Soviet cinema was born on December 19, 1944 in Moscow, in a creative family. Her father was a composer, legendary Russian singer, actor, poet Alexander Vertinsky, and her mother was a painter and actress Lydia Vertinskaya (Tsiagvava). Anastasia’s elder sister Marianna is also an actress, she worked in the Vakhtangov State Academic Theatre.
Father taught sisters to love art, music and literature, because he believed that, regardless of their future profession, daughters must be fully developed.
In 1961, being a schoolgirl Vertinskaya played her debut role of Assol in the movie Scarlet Sails directed by Alexander Ptushko, based on Alexander Grin’s novel.
Cute girl became famous, even though she did not know how to behave and what to do in front of the camera.

Her second role was more successful, Gutierrez in the film The Amphibian Man directed by Vladimir Chebotarev and Gennadi Kazansky. At the international festival of fantastic cinema in Trieste (Italy), this film won Silver Asteroid award.
At the age of 18 Vertinskaya became an actress of the Moscow Pushkin Theatre. And she began touring all over the country.
The young nonprofessional actress was invited for the role of Ophelia in the adaptation of Hamlet by Shakespeare. After this role, Anastasia realized that she wanted to be an actress. By the way, after Hamlet Vertinskaya has become one of the most sought after actresses.
The actress graduated from Shchukin Theater School in 1967.
Moreover, after the epic War and Peace she was Kitty Shtcherbatskaya in the film adaptation of Anna Karenina by Leo Tolstoy.
In addition, she played Nina in The Seagull, Elena Andreevna in Uncle Vanya, Lisa in Living Corpse, Elmira in Tartuffe. As well as she played the title roles in Valentin and Valentina, 12th night and many others.
You know, Vertinskaya starred in many films including Hold Your Head Up! (1969), Enamoureds (1969), Case of Polynin (1970), Nameless Star (1978), The Gadfly (1980), The Lives of Don Quixotes and Sancho (1988), New Adventures of a Yankee in King Arthur’s Court (1988), Thirst of Passion (1991) and others.
Actually, in 1980 Anastasia was awarded Honored Artist of the RSFSR. Eight years later, the actress was awarded the title of People’s Artist.
Furthermore, Vertinskaya taught acting together with Alexander Kalyagin in Paris and Oxford.
Besides, Anastasia founded Charitable Foundation for Russian actors in 1991.

Personal life
Nikita Mikhalkov, who later became a prominent film director and actor, was Vertinskaya’s husband. They were Soviet cinema’s most beautiful couple. Their son Stepan was born in 1966. However, four years later they divorced. Bright Anastasia was already a celebrity, but Nikita just began to play. Mikhalkov was sure that the wife should stay at home, cook soups and wait for her husband.
Later Vertinskaya was romantically linked with actor Mikhail Kozakov. Then she had a three-year long relationship with Alexander Gradsky, a Russian rock singer-songwriter. But contrary to a popular belief they weren’t officially married.
Great actors of the Soviet era, Oleg Yefremov, Boris Eifman, Pavel Slobodkin, were among her fans.
About her novels Anastasia says, “I had only one husband – Nikita Mikhalkov. Of course, I had love affairs. Most “long lasting” person in my life was Oleg Yefremov. He was older than me, much more experienced, he gave me life as an actress. I adored him.”
Source: en.wikipedia.org/wiki/Anastasiya_Vertinskaya 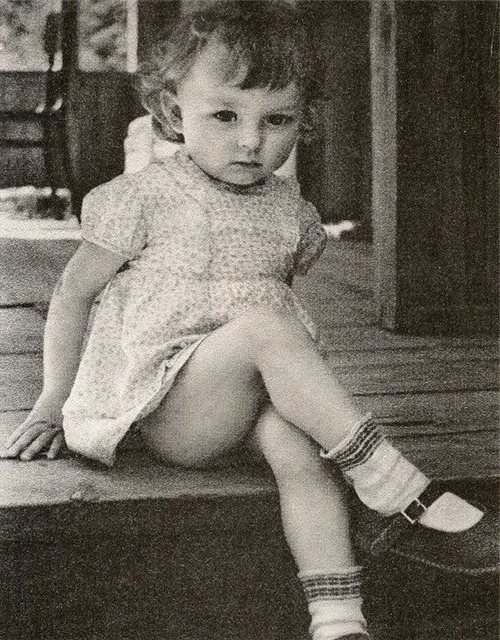 Cute Anastasia Vertinskaya in her childhood 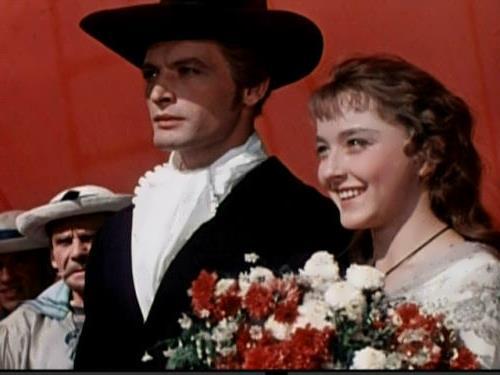 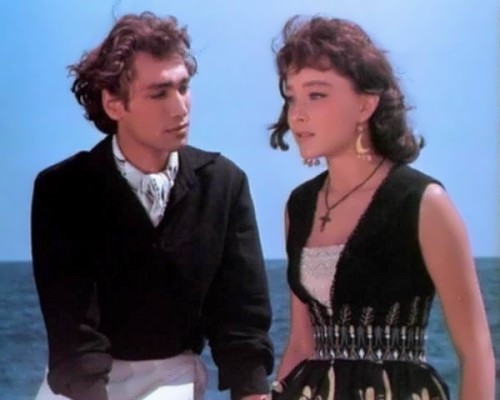 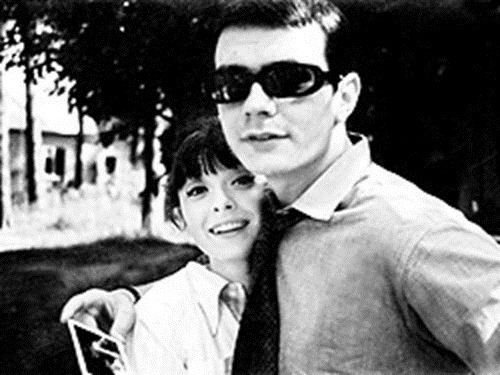 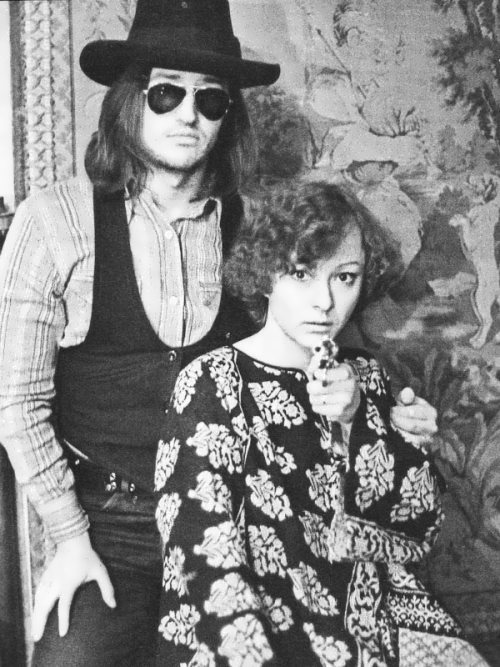 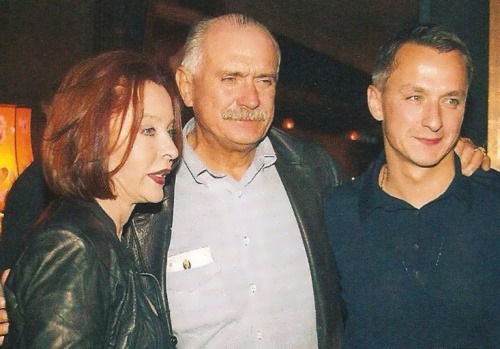 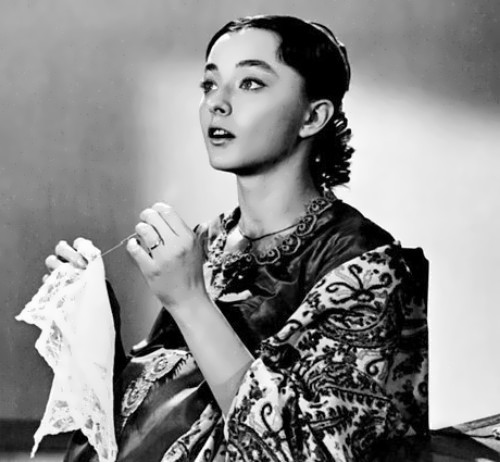 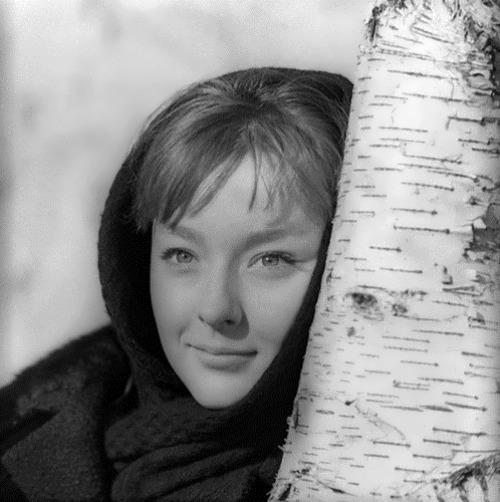 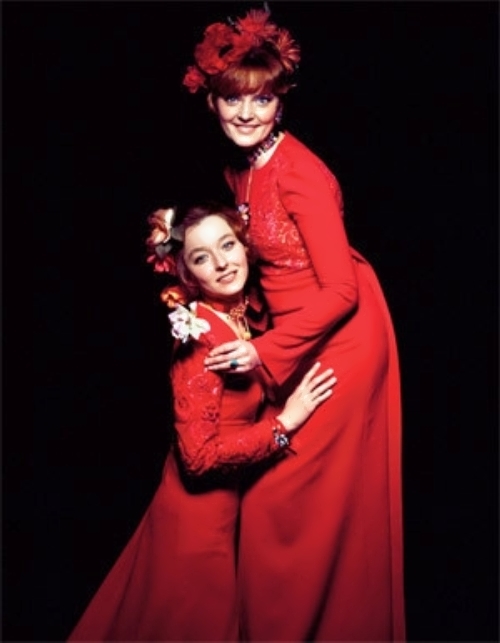 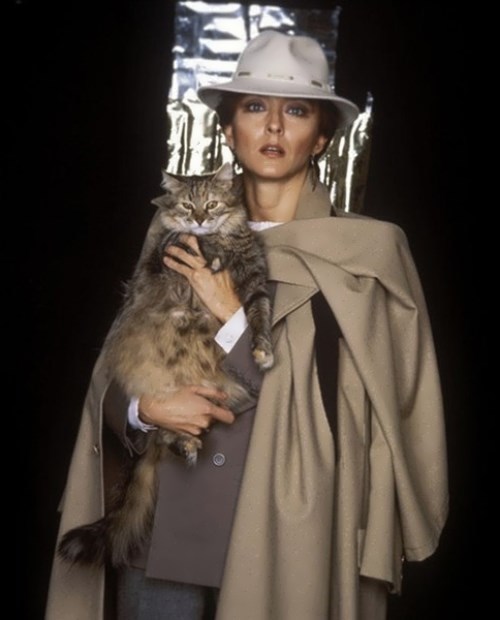 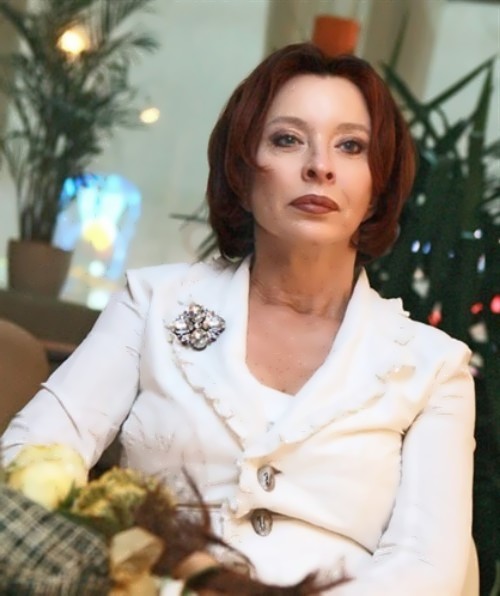 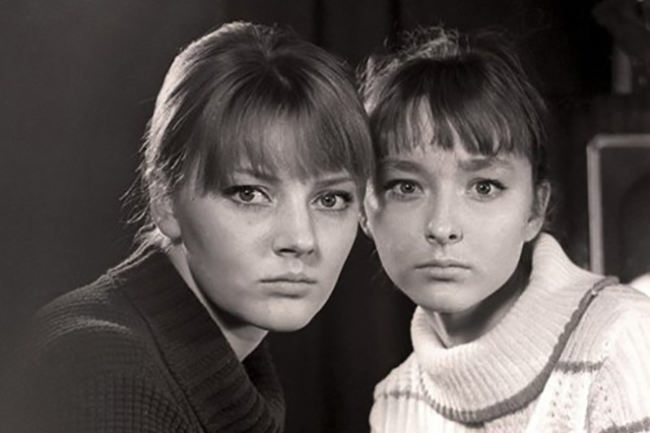 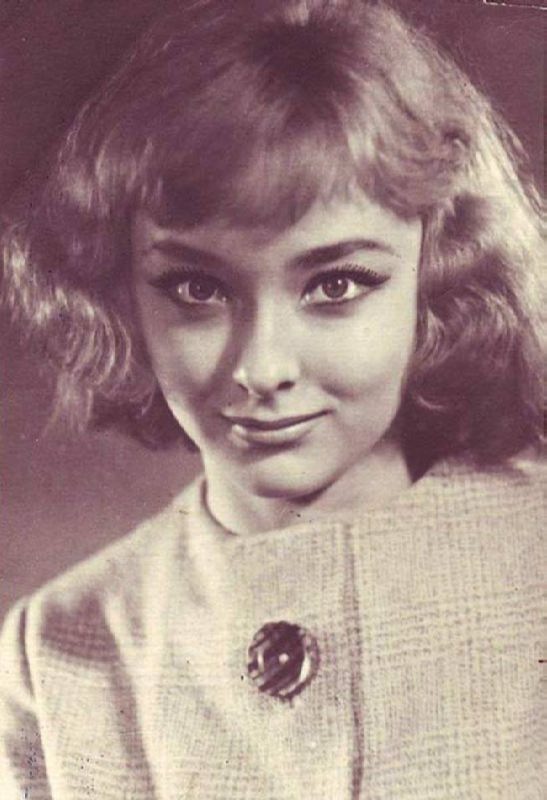 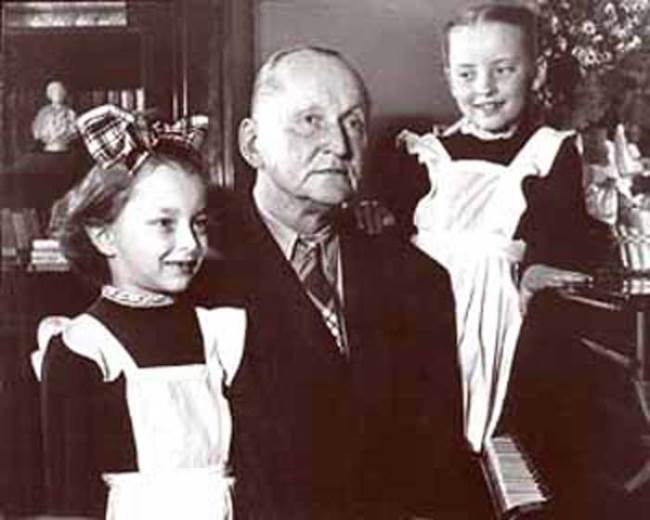 Little Anastasia Vertinskaya with her father and sister 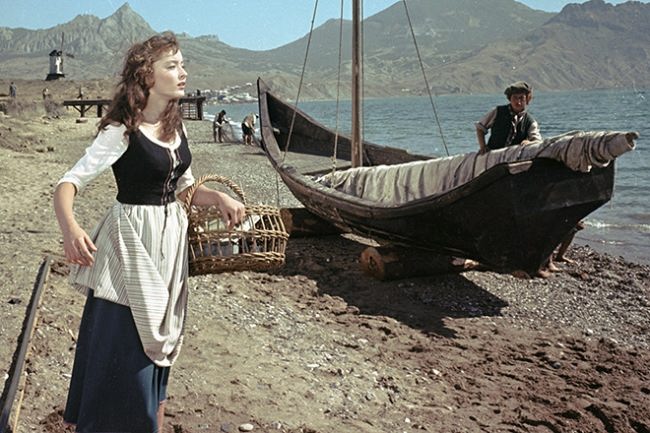 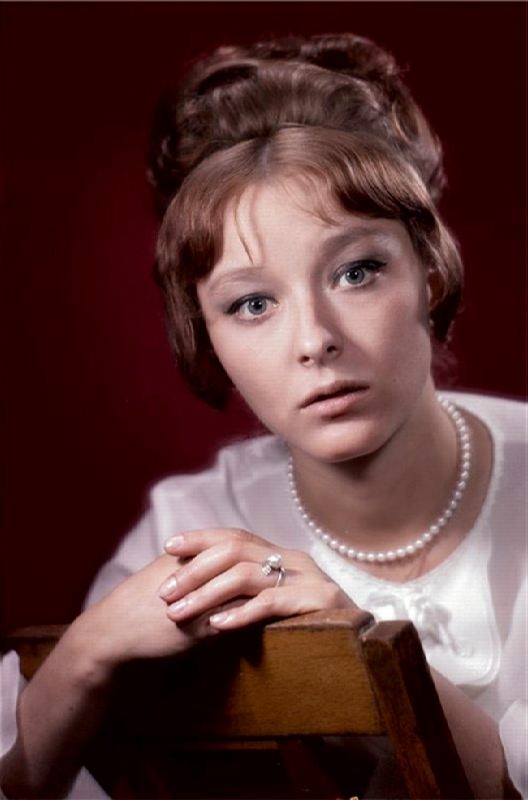 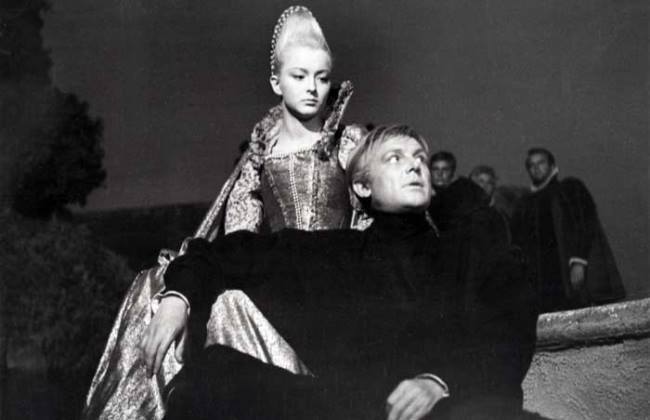 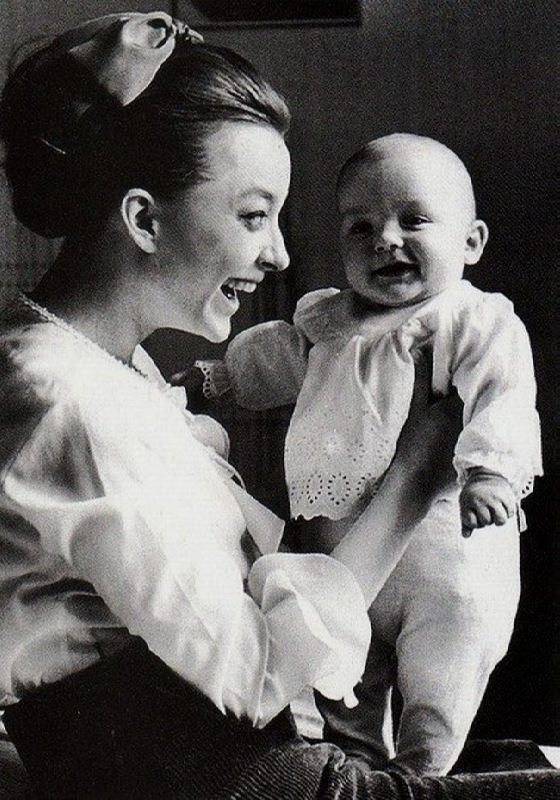