Alexander Belyaev was born in 1884 into the family of a priest. The little boy was very curious. He made parachutes from sheets and jumped off the roofs of nearby houses, enthusiastically built a glider and in addition took photographs.
There were also mystical incidents. For example, in early youth, Belyaev made his brother’s head in clay. The head was not very similar, and he threw it into the water. And then it turned out that it was at that moment that his brother had drowned. All his life, Belyaev considered himself to be the unwitting culprit of the tragedy. To tell the truth, he almost became an invalid in childhood. Sasha injured the eye seriously, which led to partial vision loss. Parents sent their son to study at the seminary, which he graduated in 1901.
But he refused to become a priest, because instead of the Holy Scripture he loved to read the novels of Jules Verne and H.G. Wells. Alexander dreamed of faraway countries, but entered the law department. After the death of his father, he had to support the family. Belyaev gave lessons, drew scenery for the theater, played the violin in a circus orchestra.

Soon he gained fame as a lawyer. The young man spent the earned money on travelling and visited France, Italy, Venice. Belayev got married. Life seemed beautiful to him, until fate brought a sad surprise.
It was 1919. There was a Civil War, hunger reigned and illness raged. Tuberculosis literally mowed people who were weak from malnutrition. First, Alexander had severe pleurisy, which turned into spinal tuberculosis and his legs were paralyzed. The young wife, having learned about the diagnosis, quickly left her disabled husband.
Nevertheless, Belyaev did not lose hope of recovery. In search of treatment, he decided to move to Yalta. In this city there was a suitable climate. In the hospital there, he began to write poetry and read a lot. You know, in Yalta Belyaev met his new love – Margarita Magnushevskaya. She worked in the library and brought books to the patient. By that time, the doctors had made a special corset, and Alexander had to re-learn to walk. Margarita became everything for him – a nurse, helper, wife, typist. And the beloved woman …
At that difficult time, he had an idea of the novel about Professor Dowell. Three years of stillness seemed like an eternity to him. But gradually he was able to move without help. 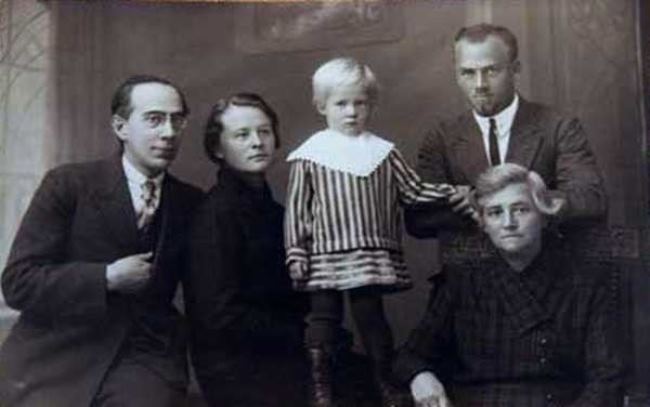 Writer Belyaev with his wife Margarita and their first daughter

With the help of his acquaintances, Belyaev and his family moved to Moscow, got a job as a legal advisor. In his free time, he continued to write. As a result, the newspaper began to publish his first novel Professor Dowell’s Head. Later he began to collaborate with World Pathfinder and Around the World magazines. The writer created The Island of the Dead Ships, The Last Man from Atlantis, Amphibian Man.
In 1928, Belyaev and his family moved to Leningrad. But in a damp climate, tuberculosis reappeared, and he had to move to sunny Kiev.
In 1930 his six-year-old daughter died of meningitis, the second one got sick with rickets, and his own illness soon worsened. As a result, in 1931, the family returned to Leningrad.
During the war, the city of Pushkin, where Belyaev lived with his family, was occupied by the Germans. Famous Soviet writer was too weak to be evacuated. Life in the occupation was incredibly hard. In January 1942, Alexander Belyaev died of starvation.
You know, he spent a significant part of his life in a special corset, and wrote the best works in his bed.
In early February of the same year his wife and daughter were captured and sent to a Nazi camp. The misadventures of Margarita and Sveta Belyaeva did not end after the victory. After being released from the German camp, they were sent into exile in the Urals, where they spent long eleven years. Only in the 1960s they returned to Leningrad. Mother and daughter rushed to look for the grave. Unfortunately, the exact place of burial of the writer remains unknown. 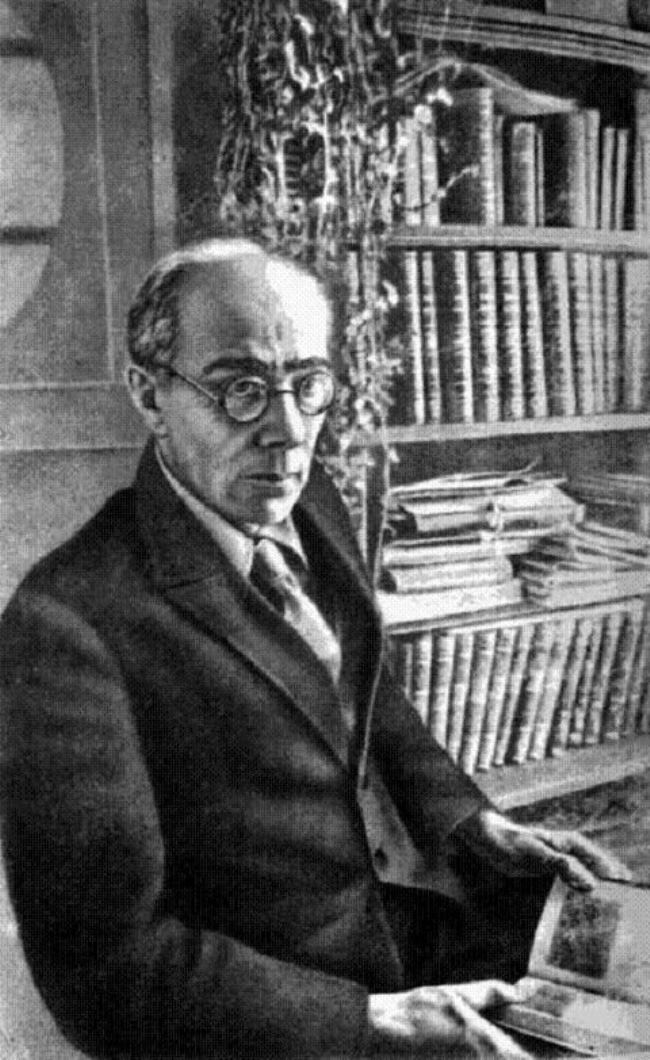 Like any great science fiction writer, Alexander had the gift of foresight. Many literary ideas that were considered to be nonsense during his life are already embodied or have this possibility. For example, the story Air Seller may be real if we do not notice signs of an environmental disaster.
In his books, the writer predicted not only the invention of scuba, the orbital station, but also his own death.
The novels Professor Dowell’s Head and The Man Who Found His Face tells about great achievements in the field of transplantation of vital organs, cloning, and genetic engineering.
The creation of psychotropic weapon was described in the novel The Lord of the World. By the way, in the novel The Island of the Dead Ships Belyaev wrote about successes in the field of underwater archeology, the discovery of the sunken Titanic and other historical ships. 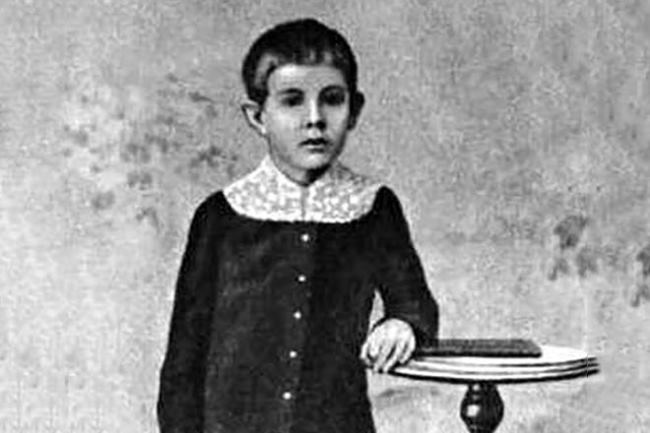 Little Sasha Belyaev in his childhood 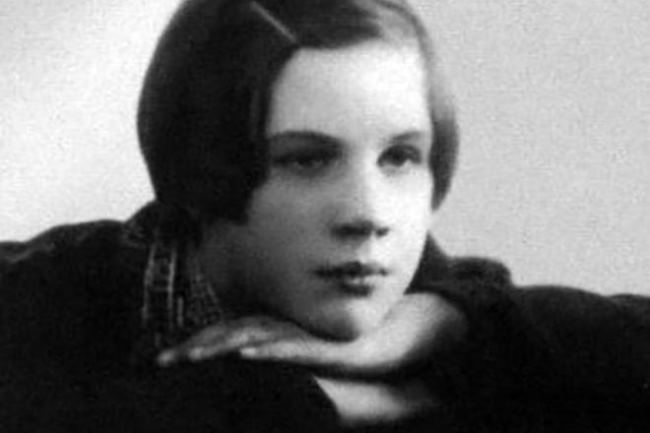 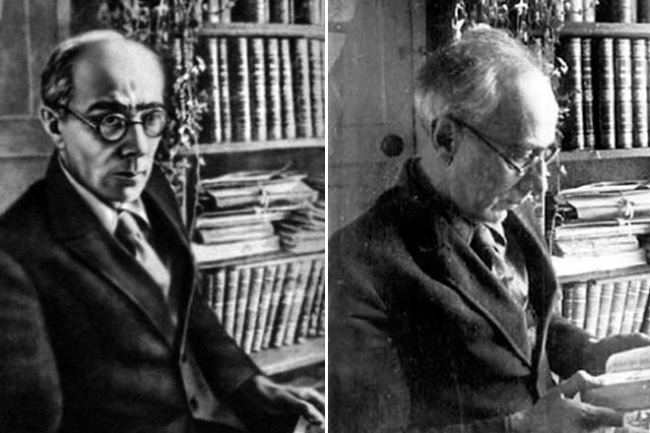 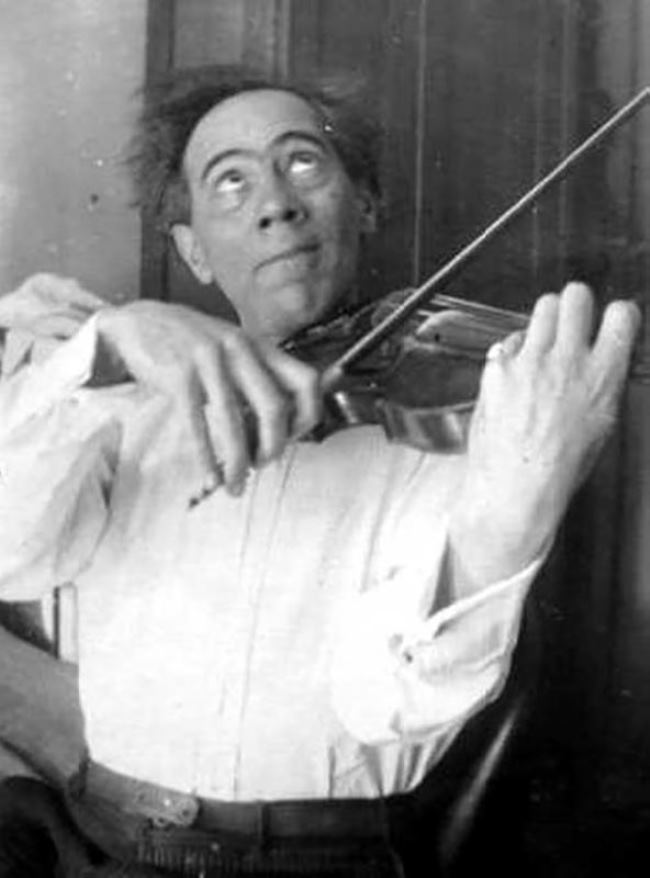 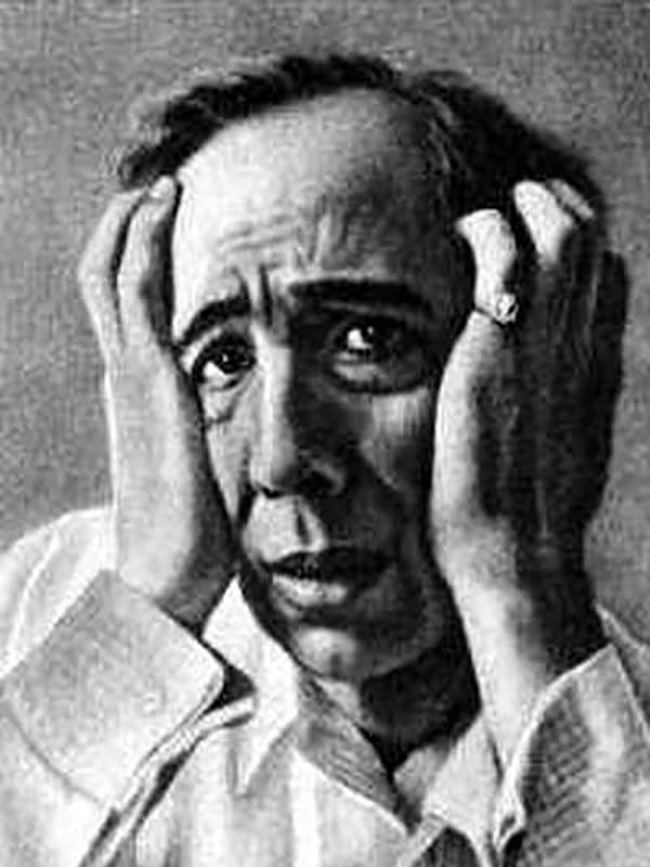 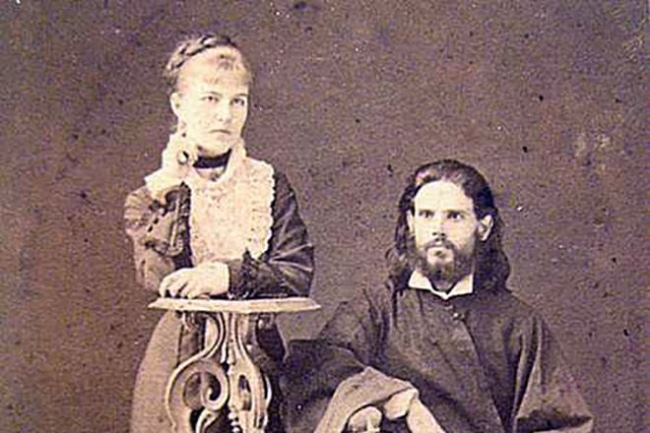 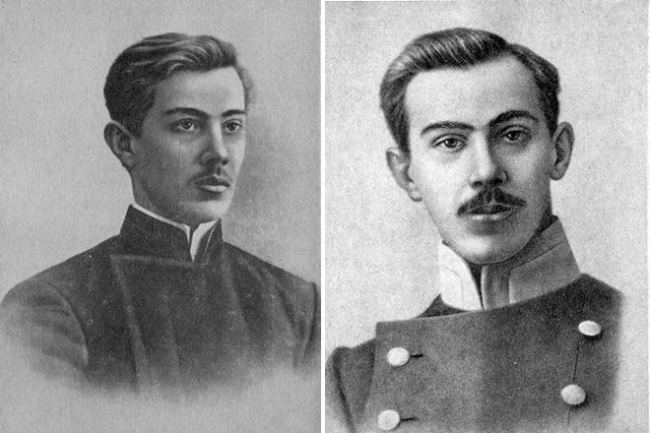 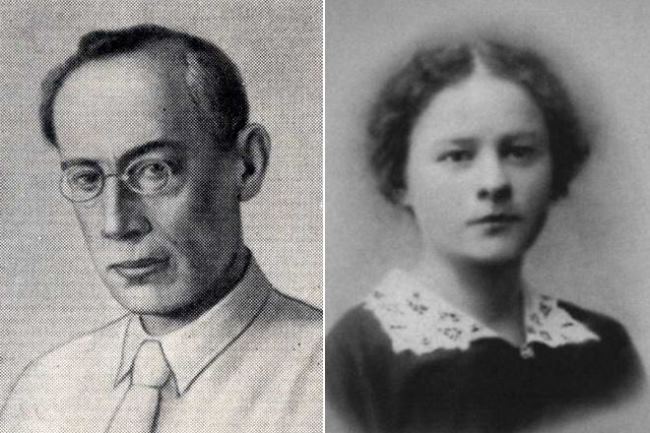 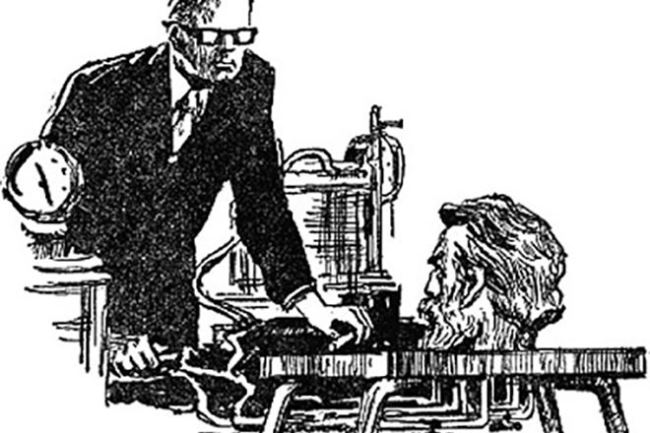 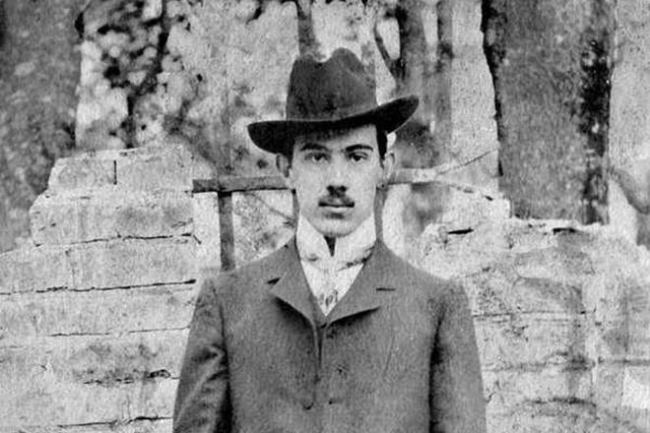 Brilliant writer Belyaev Alexander at the age of 18 in Smolensk 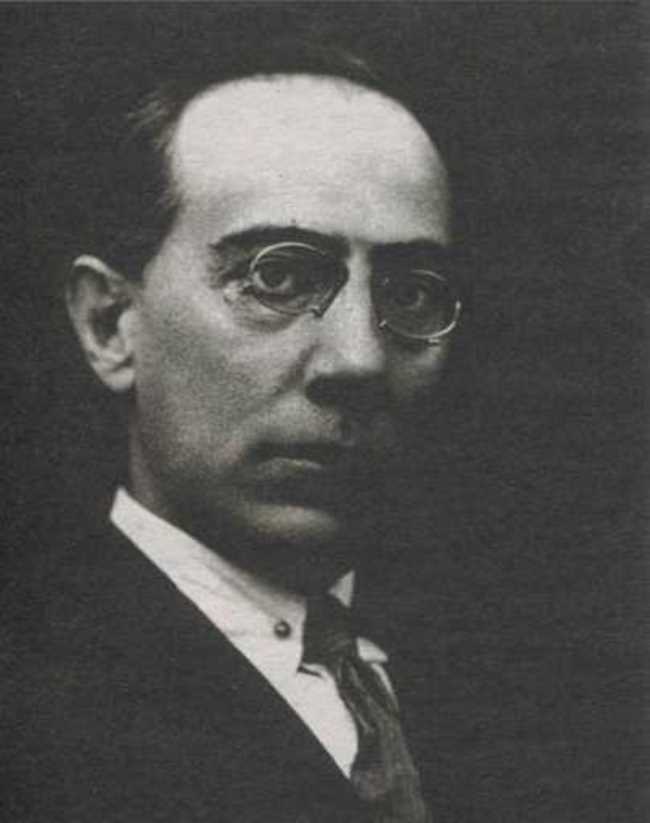 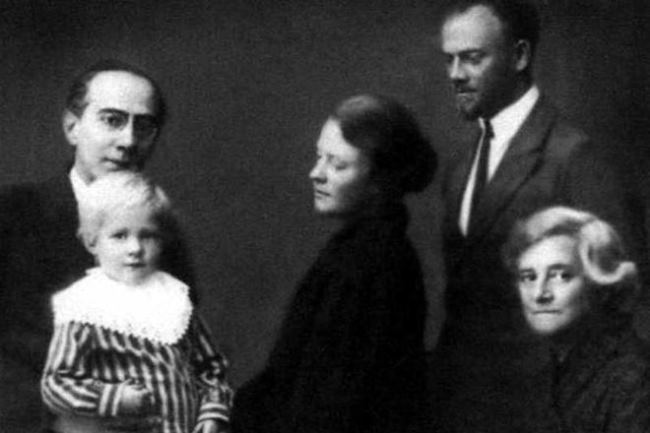 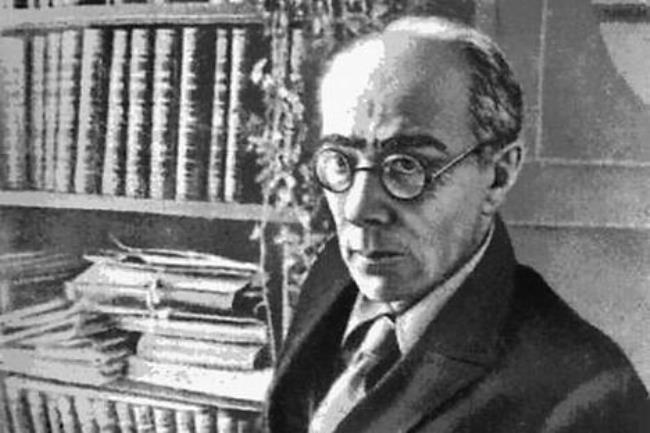 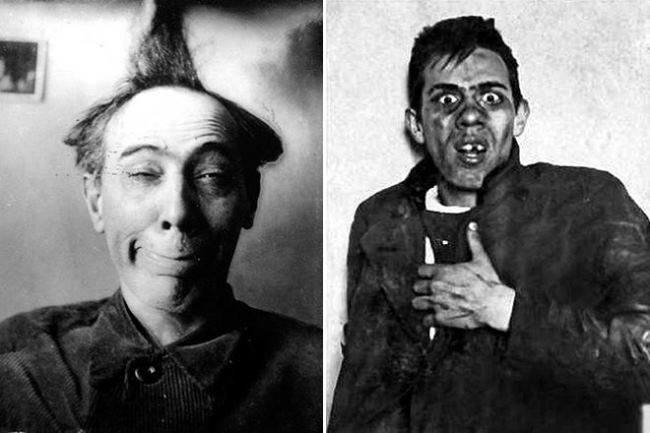 Belyaev tried his hand at acting 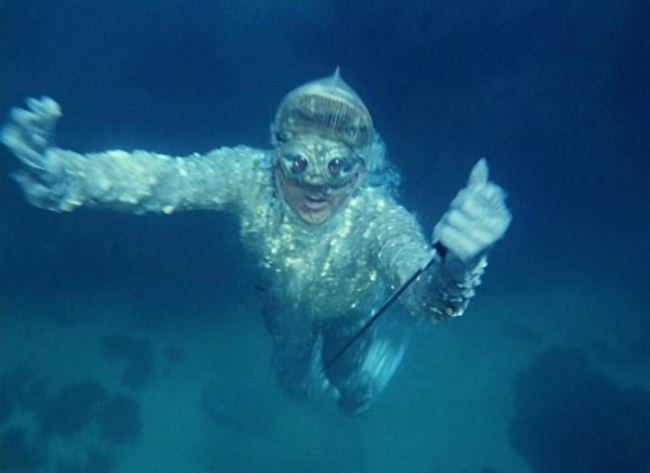