Only in old age, when life is lived, you really begin to appreciate the joys, given by fate, as well as bitterness of loss. (Ivan Bunin)

Ivan Alekseevich Bunin was born at dawn on October 10 (22), 1870 in the small Russian town of Yelets. It was an unusual autumn morning, like an omen, which opened the door to the life full of fame, love, despair and loneliness. Life on the edge: happiness and bitterness, love and hate, loyalty and betrayal, recognition in life and humiliating poverty at the end of the path. His muses were women, who gave him rapture, and troubles, and disappointments, and immeasurable love.
Four women were in the life of the great Russian writer, they left a huge trace in his soul, they tormented his heart, inspired, awakened the talent and desire to create.
Varvara Pashchenko was the first. Bunin wanted to marry her in 1891, at the age of twenty. Varvara worked as a proofreader in the Orlovsky Vestnik. She was older and more experienced, but, being afraid of her father, a well-known doctor in the city, she refused to marry Bunin. Although she promised that she would continue to live with him as a wife. By the way, she secretly met with the rich landowner Arseniy Bibikov, whom she married later.

Bunin never found out that Varvara’s father gave permission for their legal marriage. Love and deceit, disappointment and torment: a tragic love for Varvara Pashchenko gave the world Life of Arsenyev. The first love was a great happiness for Bunin, despite the fact is was not divided. After the break with Varvara in 1895, Ivan Alekseevich moved from Poltava to Moscow.
A year later, in 1896, Bunin met Anna Tsakni, a rich and artistic beauty of Greek origin. Soon they got married. However, the marriage broke up after a few years because of misunderstandings. It seemed to Bunin that the life stopped and it was meaningless and ridiculous to live further.
In 1906 the writer met Vera Nikolayevna Muromtseva (1881-1961). She became a caring and patient wife and stayed with Bunin until the end of his days. They met each other in the house of a mutual friend, outstanding Russian writer Boris Zaitsev. She fell in love with the already recognized poet and prose writer at first sight. Many believe that Vera wasn’t his passionate love, but only a quiet harbor after two disappointments. Once Bunin said: “Do I love Vera? It’s like to love your own arm or leg.”
The lovers made a joint trip to Egypt, Syria and Palestine (1907). Two years later Bunin was elected Honorary Academician of the Russian Academy of Sciences. Later they traveled to Vienna, Algeria and Tunis, Ceylon, Capri, along the Volga. 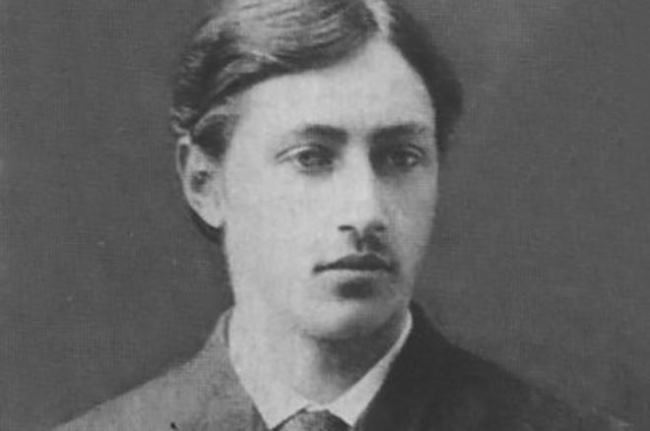 Bunin did not accept the revolution, calling it “bloody madness”. Ivan Alekseevich and Muromtseva went to Odessa and lived there for almost two years. In January 1920 they emigrated to Constantinople and then moved to France. Most of the emigrant years the Bunin family spent in Grasse near Nice (Southern France).
Ivan and Vera got married only in 1922 after sixteen years of living together. Bunin wrote a lot, Vera Nikolayevna helped to publish the manuscripts. Also she published her essays, newspaper articles and notes. But it was only a calm before the storm – a real, all-consuming love, which gave Bunin great happiness, separation, torment and gave the world many of his great works.
This story began in Grasse on the summer day of 1926. Many years later, the main heroine, Galina Nikolaevna Kuznetsova (1900-1976), wrote in her world-famous Grasse Diary: “After leaving Russia and finally settling in France, Bunin lived in Paris. The Bunins lived for many years in a simple, slowly-collapsing house on the hill above Grasse. It was poorly furnished, with cracks in the rough yellow walls, but with a magnificent view from a narrow platform, similar to the deck of an ocean steamer, from where the whole neighborhood was visible for miles. I lived with them all that time …” 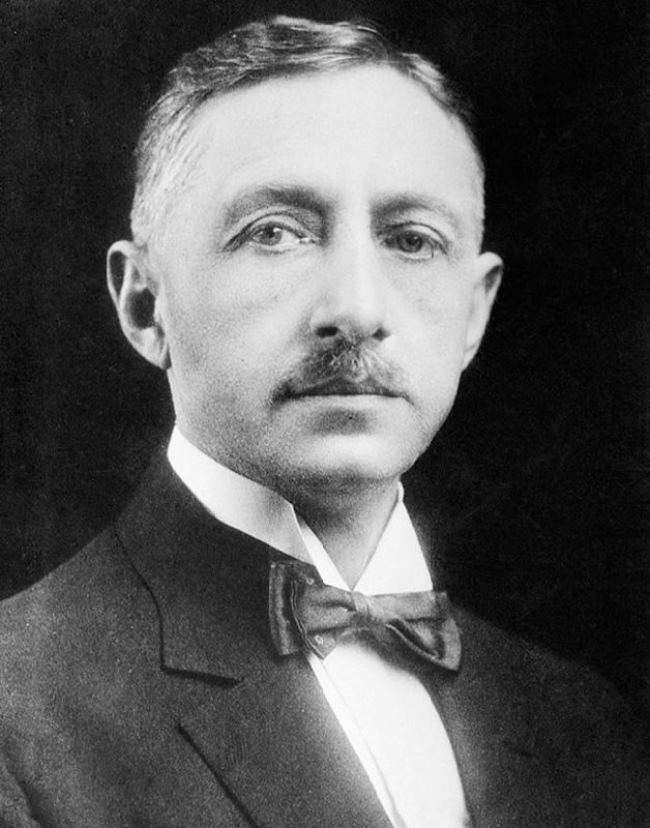 They met on the beach, where Modest Hoffmann introduced them to each other. She was young and beautiful, a bit embarrassed, with huge dark eyes, which reflected the carelessness of youth and the wisdom of a mature woman. Kuznetsova was married, and it seemed that her marriage was quite successful. Bunin was short, slightly gray, with refined manners and eyes, full of sadness and depth. He was a well-known writer with many titles. The girl fell in love. And he took her by the hand and didn’t let her go for long fifteen years. He forgot about all the failures, about the deceptions and torments that the former wives inflicted on him. But he did not remember the real wife, who devotedly and selflessly walked with him side by side on a hard life and helped him to overcome the hard years of emigration and poverty. The writer forgot about long-term fidelity, care and kindness of the woman who was not able to survive without him.
Bunin led the girl by the hand to a small restaurant. They knew that in the morning the whole provincial town would start talking about the party, where they danced and laughed, drank wine and looked at each other overflowing with happiness. The next morning, Galina told her husband that their marriage ended and she was going to live in the Bunin’s house. She was then only twenty-five years old and he was twice older.
Love affair of Ivan Bunin and young Galina Kuznetsova was the main news of that summer. Vera Muromtseva-Bunina was shocked and could not recover after her husband’s betrayal for a long time. However, the writer managed to convince her that all the rumors were just nonsense, and Galina was an aspiring poetess and writer who had to live in their house for some time to take lessons in writing. And Vera Nikolaevna believed it. Only a woman who worshiped her genius and idol could believe. She believed because she just wanted to believe. Galina became part of the Bunin family. Some time later, Vera and Galina became friends and often walked together. 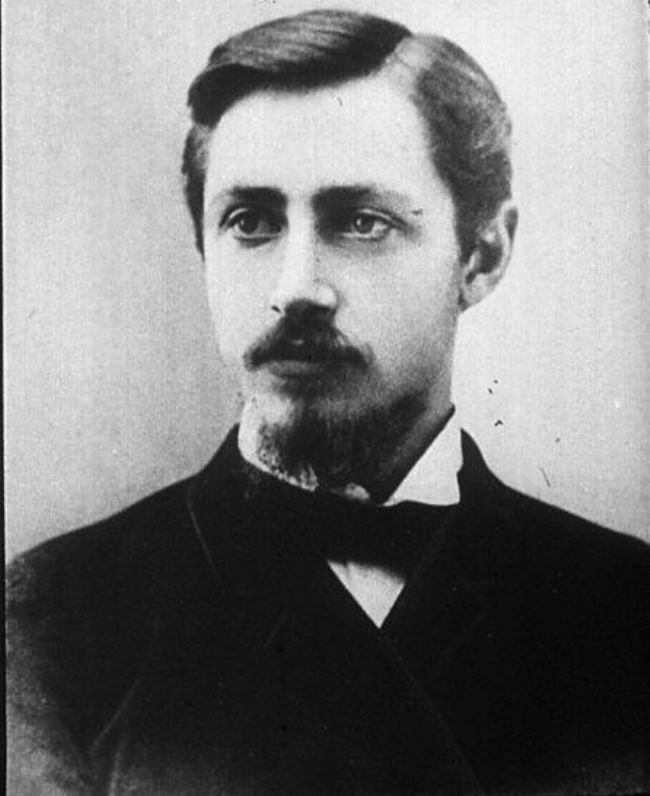 Nevertheless, after a few years, problems came to this strange union. Galina wanted to have more freedom. Vera Nikolaevna wanted to see everyone happy. The heavy character of Bunin was the cause of quarrels and misunderstandings. Many friends stopped hanging out in their villa in Grasse. The difficult situation was constantly complicated by the lack of money.
In the fall of 1933 the Swedish Academy awarded Ivan Alekseevich the Nobel Prize – 715 thousand French francs. And the first thing he did in Stockholm after the award, bought a pair of new shoes for his wife. From that day on, poverty seemed to be forgotten. Bunin spent money, bought fur coats and jewels for his wife and Galina, helped his colleagues and various funds. Two beloved women were next to the writer and world fame came to him. It seemed that real happiness and peace reigned in his life.
But instead of happiness there was a trouble. Returning from Stockholm, Galina became ill, and it was decided that she would stay for some time in Dresden, with a long-time friend of the family, famous Russian philosopher Fyodor Stepun. By the way, in Stepun’s house Galina Kuznetsova met the sister of the philosopher Margot Stepun, a very strange, strong-willed and strong woman.

Upon Kuznetsova’s returning from the trip life in the house went wrong. Galina became strange and thoughtful, but somewhere in the depth of her almond-shaped eyes happy lights flashed. She tried to spend more time alone, wrote something, sent letters to Germany and every day received a response message from Dresden. Bunin was angry, nervous, quarreled with Galina, trying to restore the previous relationship, but he did not succeed.
At the end of May 1934, Margot Stepun arrived in Grasse. She was bright, but ugly, and her masculine voice and sharp manners made her extremely rough. Galina spent all the time with Margo: they walked a lot and spent nights in the same room, and seemed to forget about everyone. Bunin made fun of their inseparable friendship, until one day he was struck by a terrible guess: the relations of women were clearly unnatural.
The break with Kuznetsova turned out to be a real blow for the writer. He was deeply worried. In addition, the situation was increasingly aggravated by the fact that Kuznetsova and Stepun continued to live in a villa in Grasse!
Two years later, there was not a penny left from the wasted Nobel Prize, and the house again plunged into poverty. Eight years Kuznetsova and Stepun remained in the care of Bunin, and his life turned into hell. Sick and aging, he locked himself in his little room and wrote, wrote until dawn, while being on the verge of insanity, despair, and unbearable bitterness of resentment and pain. Thirty-eight short stories were written then, which later were included in the collection Dark Avenues. 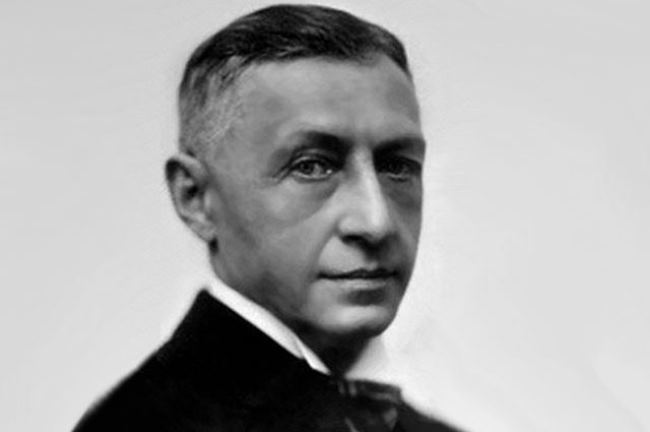 Bunin did not understand and did not forgive Galina. Kuznetsova and Stepun left the villa only in 1942, and in 1949 they moved to the United States, worked at the UN publishing house, from which they were transferred to Geneva in 1959.
There were serious illness and poverty in the last years of Bunin’s life. He became embittered, aggressive, published Memories full of anger. The writer hated the whole world, and despair turned him into a miserable and impoverished old man. And yet, all his life, Ivan Alekseevich glorified love!
In 1953, Bunin died quietly and calmly, in a dream. He was buried at the Russian cemetery Saint-Genevieve-de-Bois, near Paris.
Eight years later, in 1961, Vera Nikolaevna Bunina-Muromtseva also died. According to her testament, she was buried at the feet of her beloved husband.
Galina Kuznetsova lived twenty-three years longer than Bunin and died in Munich. She left the world famous diary about love and life with the great Russian writer. Her Grasse Diary was published in 1967 in Germany. Margo died five years earlier than her friend. Galina Nikolaevna was buried in the common grave of brother and sister Stepun. Unfortunately, in the 1990s the burial was destroyed. 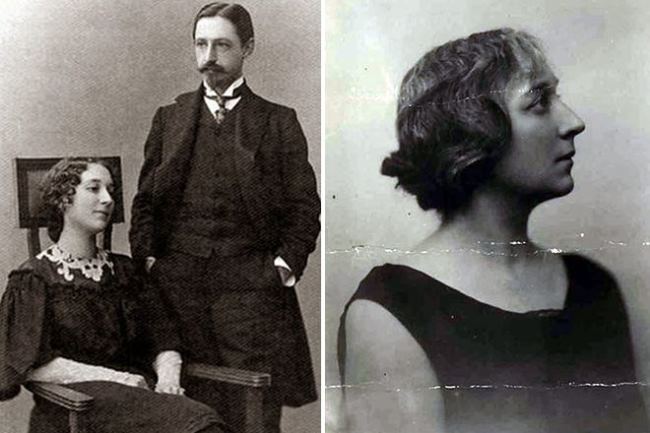 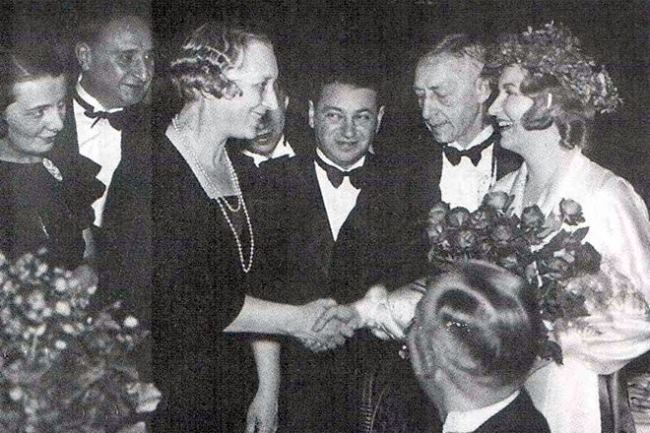 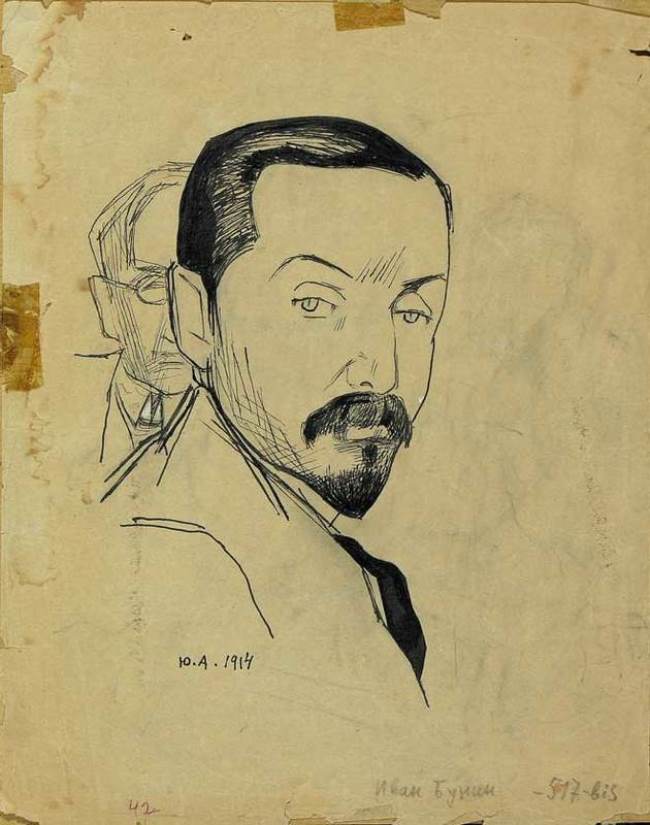 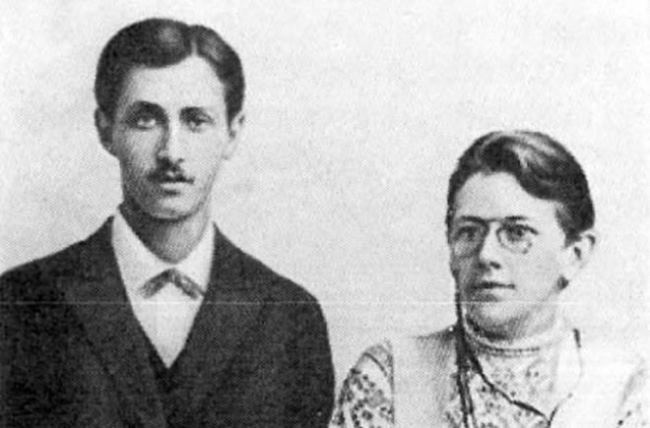 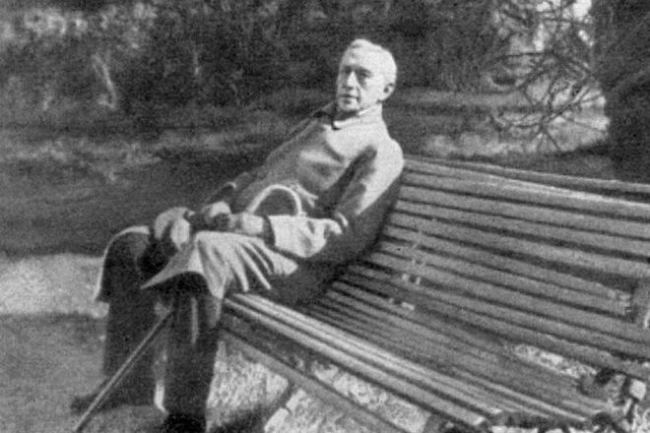 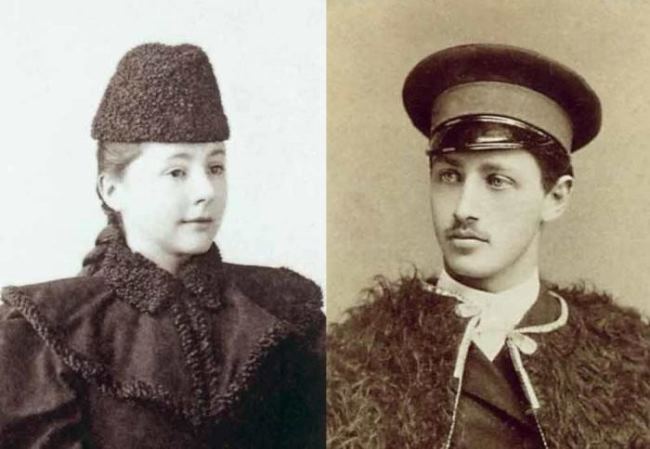 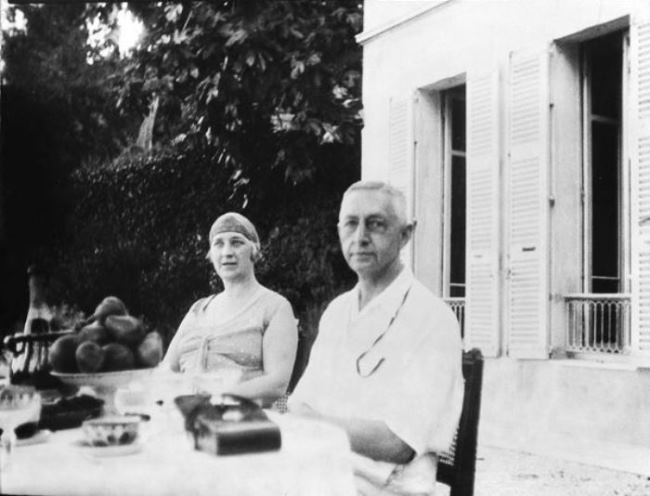 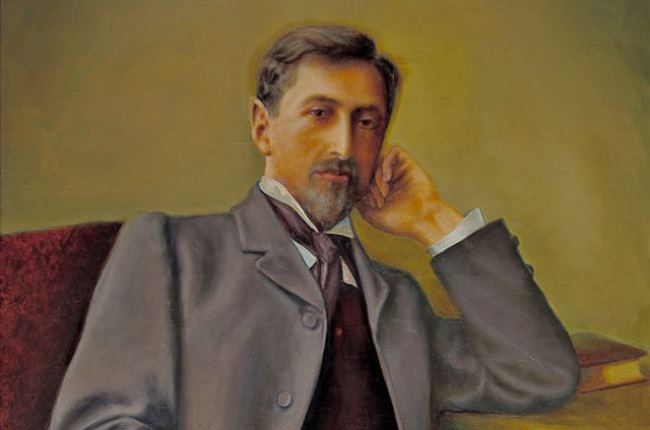 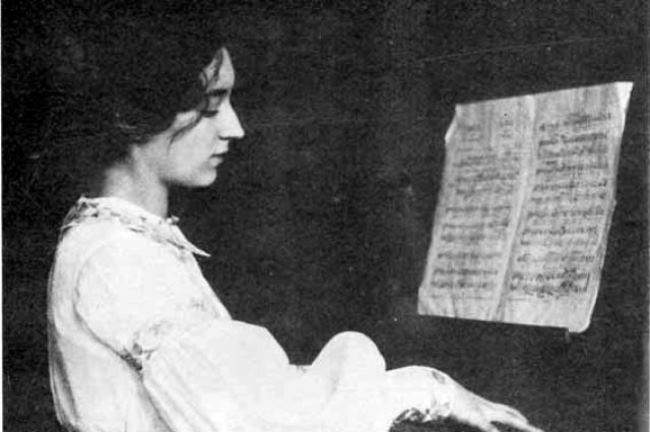 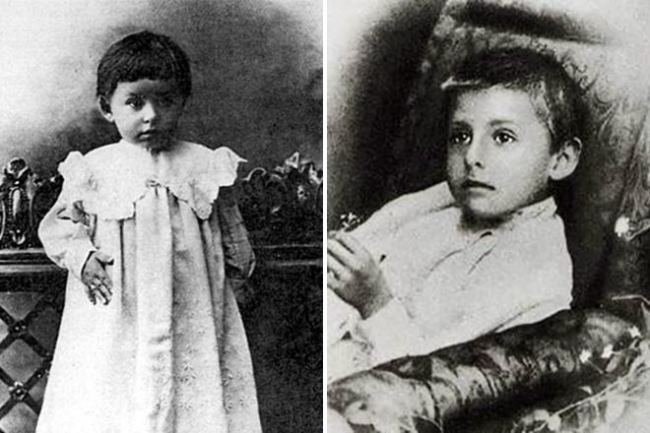 Little Ivan in his childhood 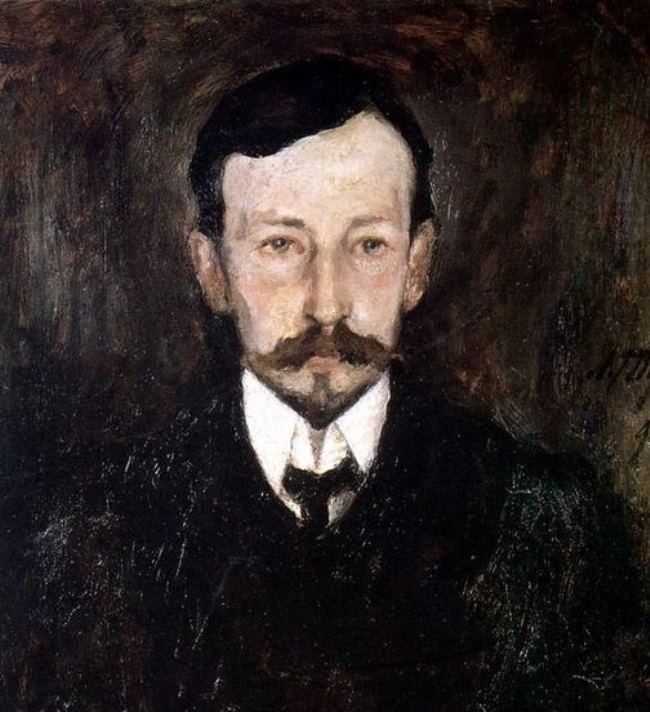 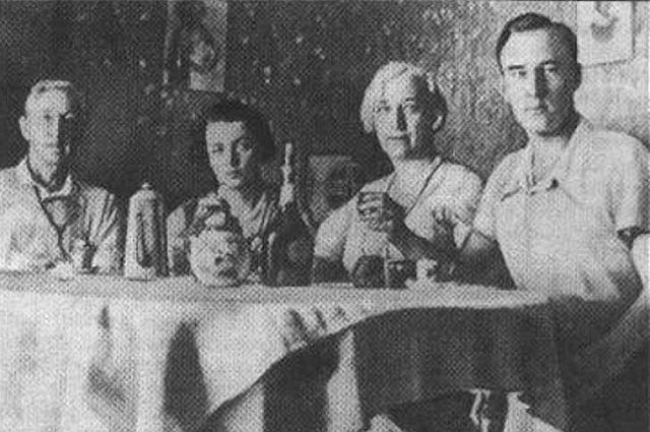 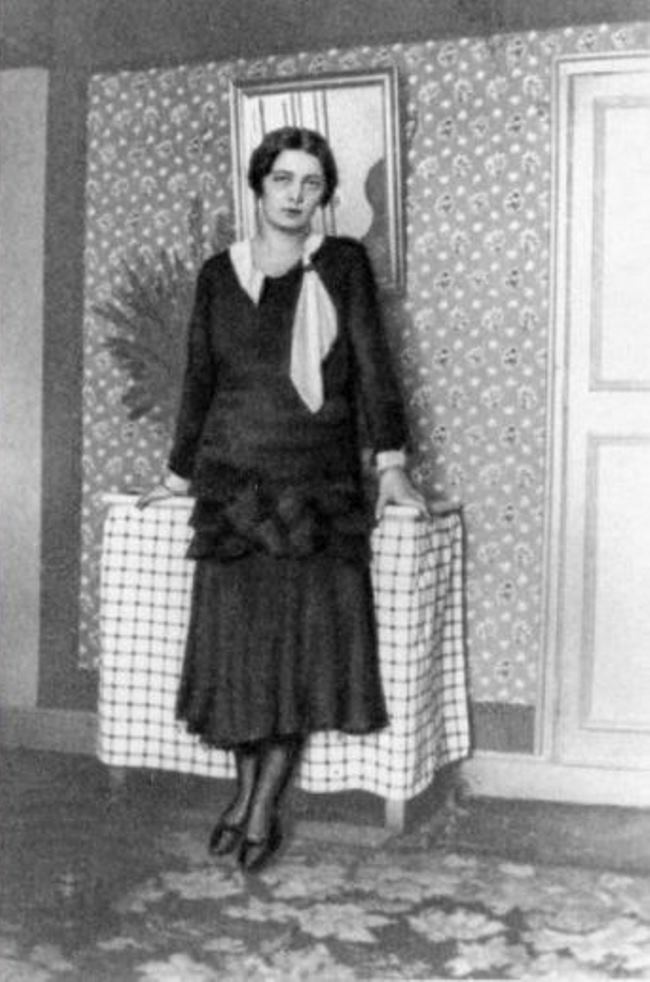 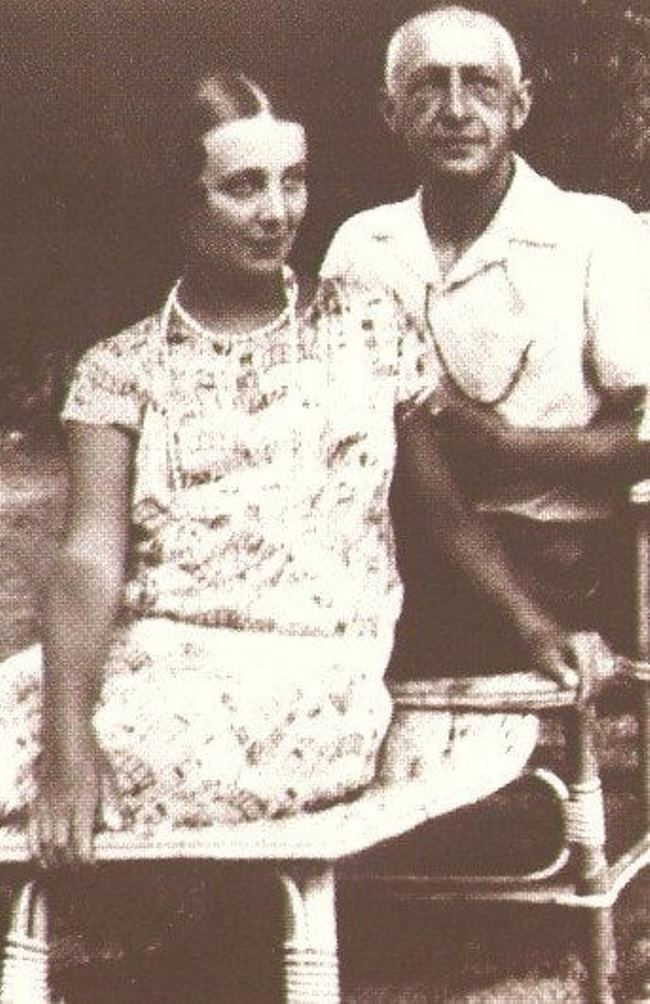 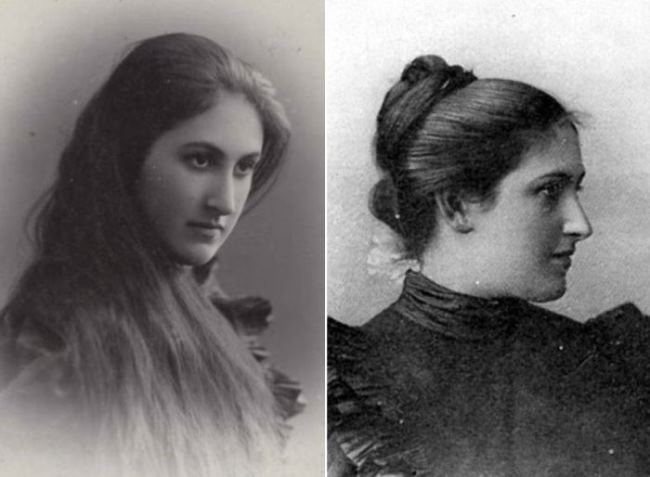 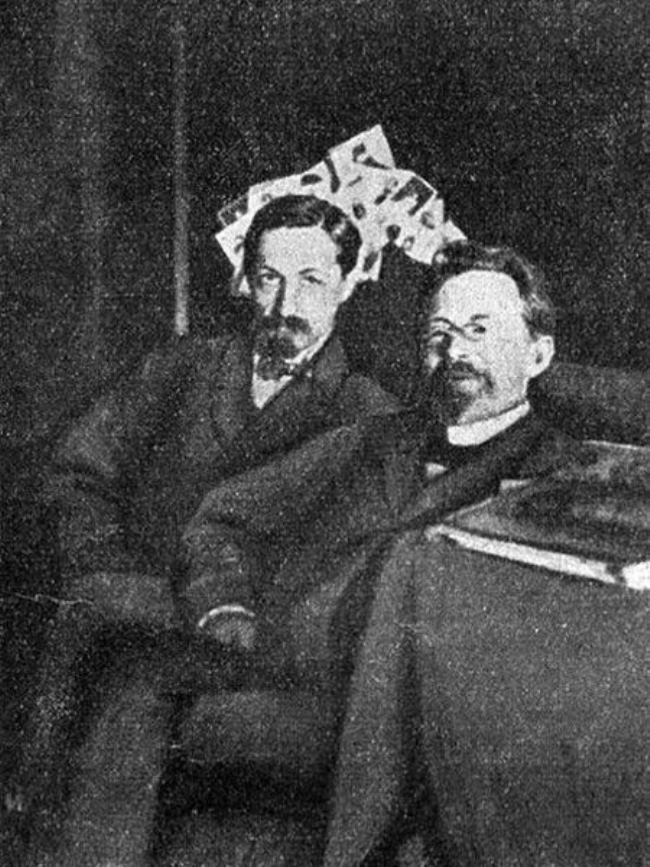 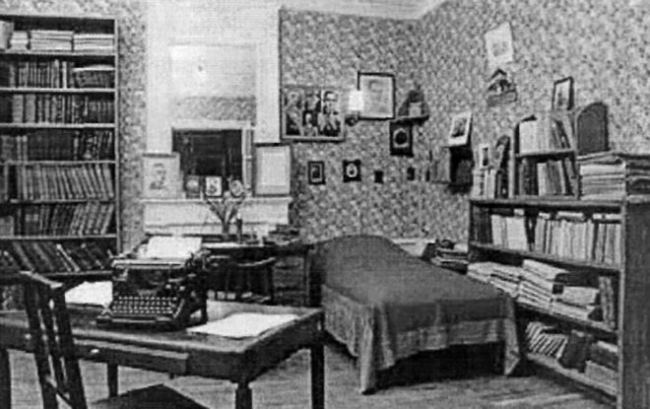 Apartment of Bunin in Paris 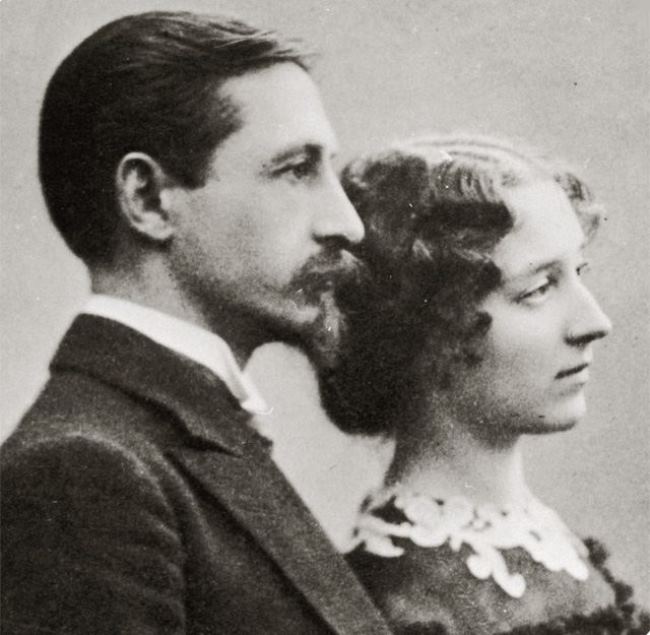 Bunin and his muse 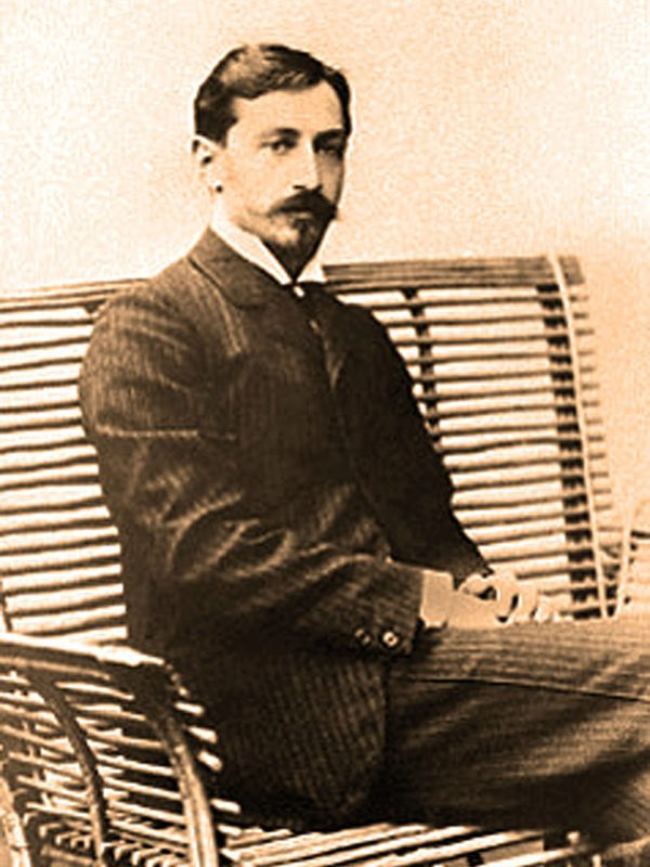 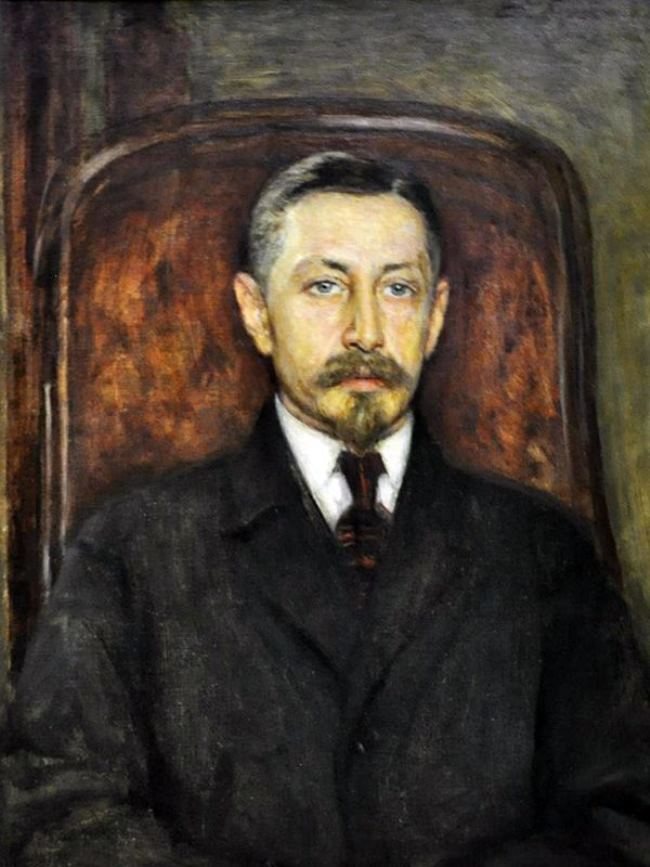 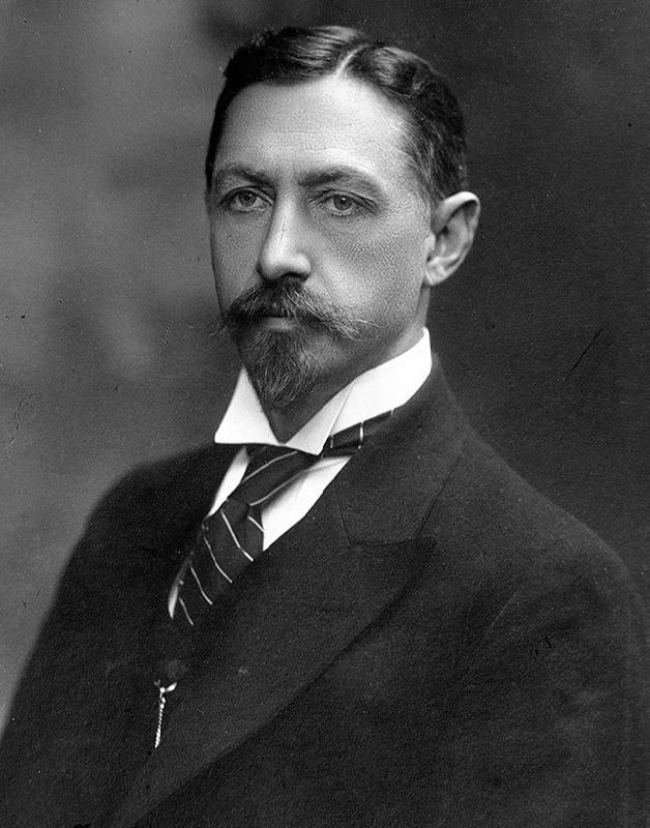 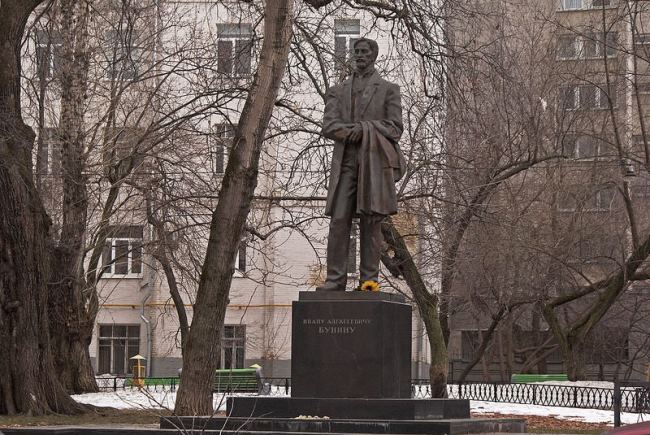