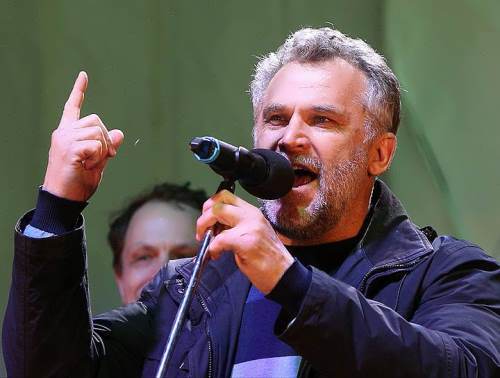 Aleksei Chaly is a Russian businessman, who was self-declared as mayor of Sevastopol in February 2014.
Chaly is the most mysterious politician of our time. He became almost the most popular person not only in Crimea, but in the whole of Russia. He is an intellectual in a sweater, quoting Bulgakov and Vertinsky. Chaly led the return of Sevastopol to Russia without firing a shot. The reunion was the main aim of his life for 23 years.
On 18 March 2014 Chaly signed the Treaty on the Adoption of the Republic of Crimea to Russia together with Russian President Vladimir Putin and Crimean Prime Minister Sergey Aksyonov in the Kremlin.
On April 1, 2014 Aleksei was appointed as acting Governor of Sevastopol City by Russia. You know, Aleksei occupied this position till April 14, 2014, when he was replaced by Sergey Menyaylo.

Aleksei Mikhailovich was born on June 13, 1961 in Sevastopol into the family of a famous scientist and inventor Mikhail Chaly and a candidate of technical sciences, Professor of Cybernetics at the Sevastopol Instrument Engineering Institute, Alevtina Tikhonovna. His grandfather, the famous Vice-Admiral Vasily Chaly, a veteran of World War II, commander of the Black Sea fleet, was awarded the Order of Lenin and five Orders of the Red Banner.
Chaly studied in military school and then graduated from the Sevastopol Technical Institute.
In 1987, he created Scientific-Production Enterprise Tavrida Electric. Now it is an industry group, consisting of more than 70 companies, which produces switchgear and anti-wreck technology. The company branches are in more than 50 Russian cities and in 22 countries around the world (Beijing, Tallinn, Vancouver, Johannesburg and other). The products are available in 70 countries.
After the collapse of the Soviet Union, being a citizen of another country, he cared about historical memory and the preservation of cultural heritage for future generations of Sevastopol. He spent his own money on the memorials of the World War II. Documentaries, books about Sevastopol, the work of historians were funded by Chaly.
In 2011, he received the international award For Faith And Fidelity.
Chaly never wanted to be a politician, but became People’s Mayor, a symbol of hope for the citizens…
Besides, he is one of 33 Russians, who was included in the EU’s sanctions list on March 17, 2014.
On September 22, 2014 the Legislative Assembly of Sevastopol elected Alexei as its chairman. Shortly after his election, he proposed to change the procedure for electing the head of the city. However, relevant changes were not made.
In August 2014 there was a conflict between Chaly and the governor of Sevastopol, Sergei Menyaylo. A different vision of the city’s development and approaches to its management were among the reasons. By the end of 2015, the conflict had turned into a confrontation between the city’s executive and legislative authorities.
In January 2016 Alexei announced his resignation.
On July 25, 2016, supporters of Chaly began collecting signatures under an appeal to Vladimir Putin for the resignation of Sergei Menyaylo and initiating a referendum on the election of the head of Sevastopol. 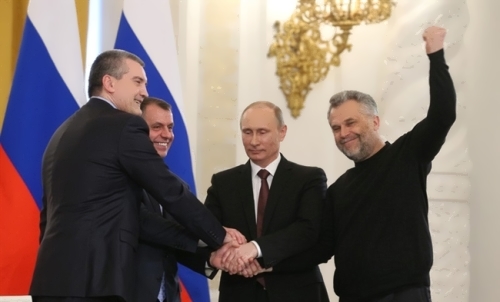 Personal life
Alexei is married and has two children: a daughter (born in 2004) and a son (born in 1991).
He played football in the Sevastopol city team. Chaly likes to sing and recite poetry. His favorite song is Sevastopol Waltz.
To tell the truth, he speaks several foreign languages, but he never speaks Ukrainian.
Aleksei doesn’t wear suits. 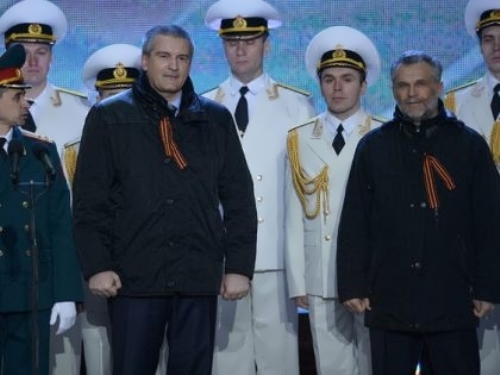