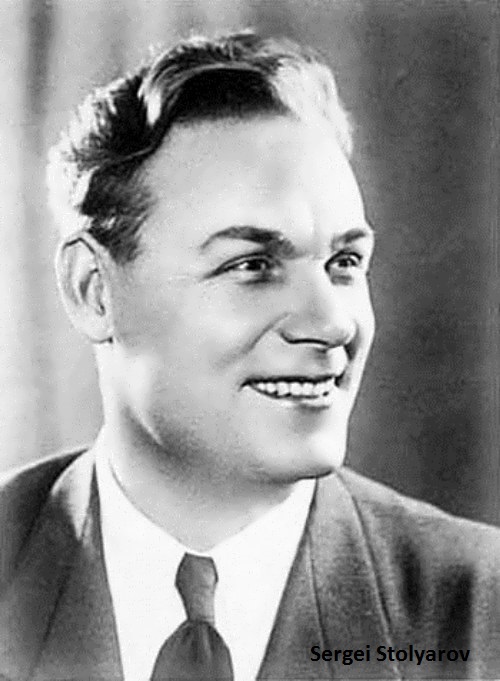 Sergei Stolyarov was a real superstar of the USSR in the first half of the 20th century. He was an actor, who created unique images of Alyosha Popovich, Sadko, Nikita Kozhemyaka and Soviet submarine commanders and pilots.
Nobody knew the exact date of Stolyarov’s birth. He was born in 1911 into the family of gamekeeper Dmitry Stolyarov. Three years later the head of the family went to the First World War, where he died. After the October revolution, the family was on the verge of poverty and hunger. So the mother decided to send her sons to the City of Bread – Tashkent. Sergei’s metric was lost and he decided to have birthday on November 1. Only at the beginning of the two thousandth historians were able to establish the correct date – July 17 (or the Fourth of July, old style), 1911.
On the road to Tashkent young Stolyarov fell ill with typhoid fever and was sent to orphanage in Kursk, where Sergei joined the drama club. After moving to Moscow in the late 20s, the future actor worked on the Kiev railway, devoting his spare time to drama school for the workers at the Moscow Art Theater, organized by actor Alexei Dikiy. There Stolyarov was advised to enter the Moscow Art Theatre.

In 1935 Sergei played his debut role in the film Aerograd by Alexander Dovzhenko. The young actor was very bright in the role of the pilot, and the director Grigory Alexandrov invited him to play the lead role of athlete Ivan Martynov in the famous film The Circus. After the film’s release Sergei Stolyarov gained incredible popularity. 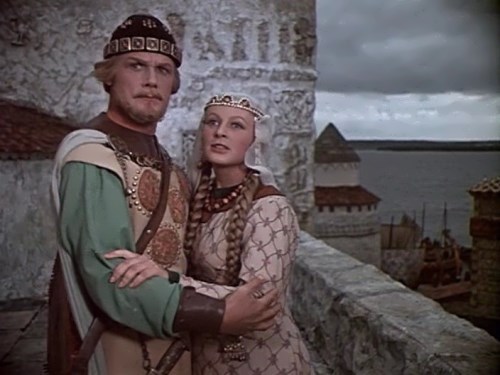 To tell the truth, Stolyarov categorically refused to attend the premiere of the film, which gave him national love. The fact was that not long before that, talented operator Vladimir Nilsen was executed. The reason for the execution was an anonymous report. Stolyarov was shocked and did not want to receive the government’s reward. The premiere of Circus was without the main character. After a while, the film was sent to the world cinema festival in Paris, but Stolyarov was not invited there.
It is noteworthy that at the same festival the famous sculpture of Vera Mukhina Worker and Collective Farm Girl was presented. The actor became a prototype of the worker. This sculpture is still the emblem of Mosfilm, recognized even by people far from the world of cinema.
He appeared in images of fairy tale characters: in Ruslan and Ludmila, Kashchei The Immortal, Vasilisa the Beautiful, Ilya Muromets, Sadko.
After the film Sadko Stolyarov became internationally famous. In 1953 the film won the first prize at the Venice Festival. However, the actor was not allowed to go to the festival for ideological reasons. A year later, according to the French edition of Cinema, Stolyarov, one and only from the USSR, was recognized as an outstanding actor of world cinema. 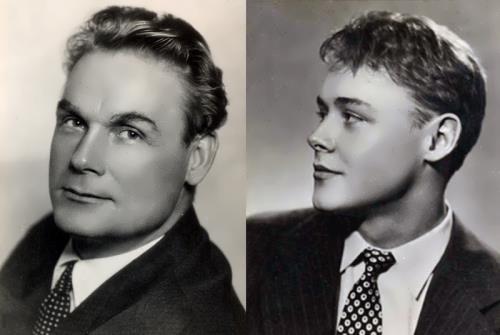 His hobby was hunting. The actor loved to go to the forest, the world of real freedom, and enjoyed the nature. During the Great Patriotic War hunting helped him not only to save the family from starvation, but also to earn money for buying the tank for the front. It was in Alma-Ata, where Stolyarov along with his wife and son were evacuated together with the Mosfilm. All his ration cards were stolen. Then he took the gun and went hunting and returned a day later with a large mountain sheep. For some meat Konstantin Simonov gave the actor his new play Russian People, which was staged in the local theater. Proceeds from the performance were sent to the Defense Fund and spent on the tank, which then was called Russian People.
Most of the life Stolyarov’s family lived in a communal apartment. They had no car, no cottages. And the actor dressed modestly, did not like “showing off”.
In the 60s Sergei and his wife Olga were dismissed. After that case the actor became seriously ill. The main role in the movie Andromeda was his last one.
Sergei Stolyarov died on December 9, 1969. He was 58 years old. The actor was buried at the Moscow Vagankovskoye Cemetery. The grave of Sergei Dmitrievich is located next to the graves of Vladimir Vysotsky, Vladislav Listiev, Inga Artamonova.
About the fact, that he received the title of People’s Artist, he learned a few days before his death.
Source: actordb.ru 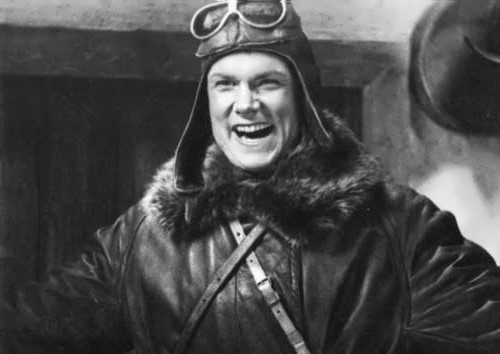 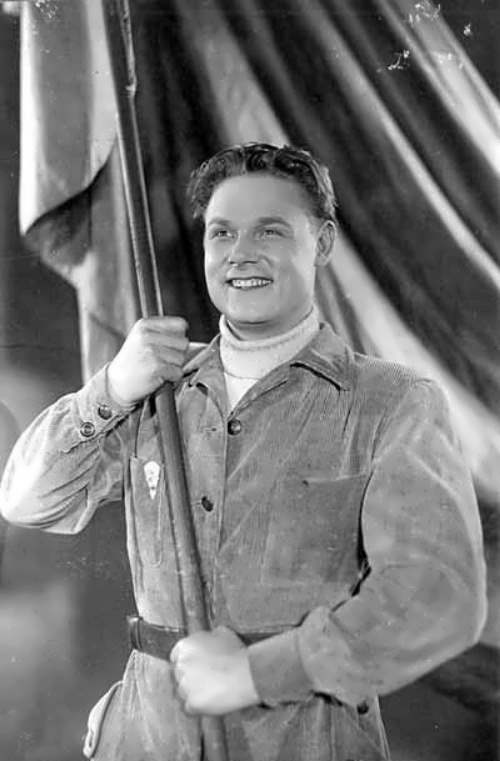 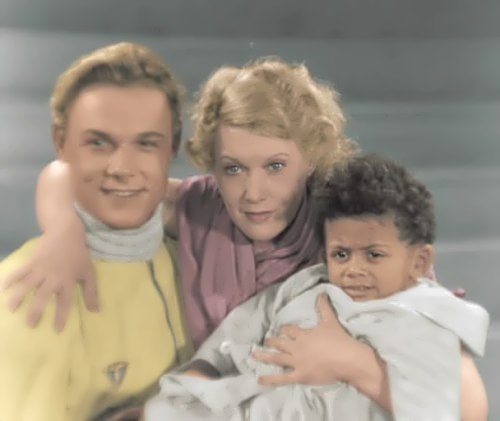 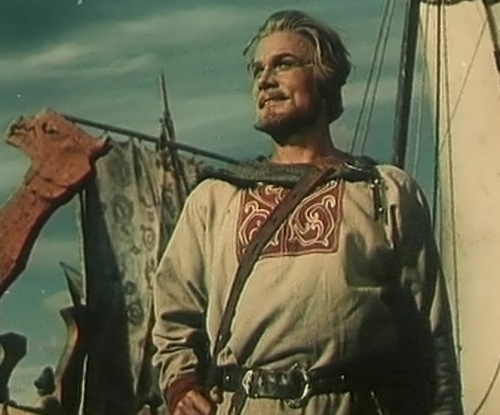 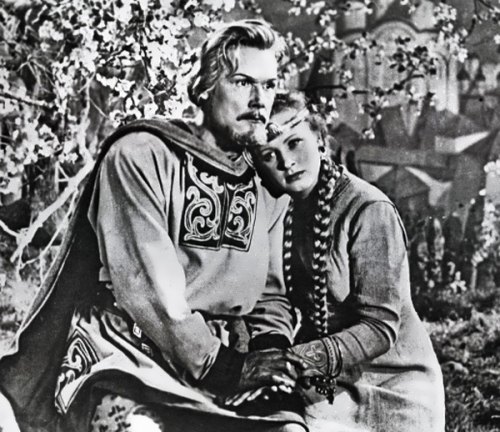 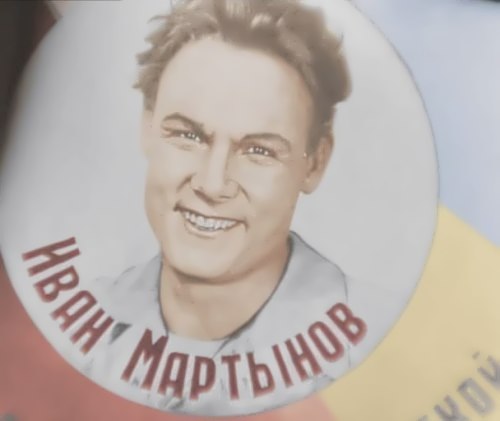 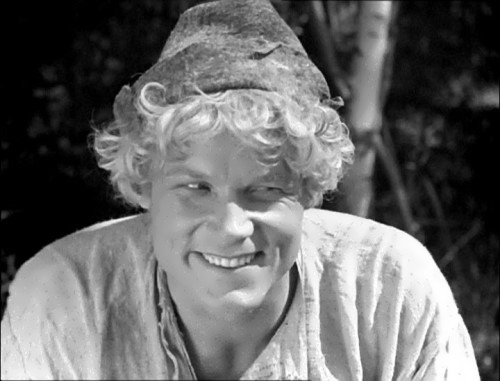 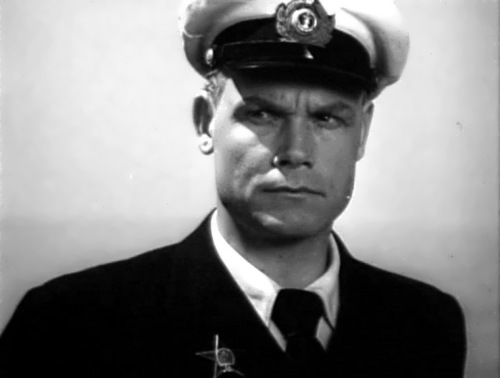 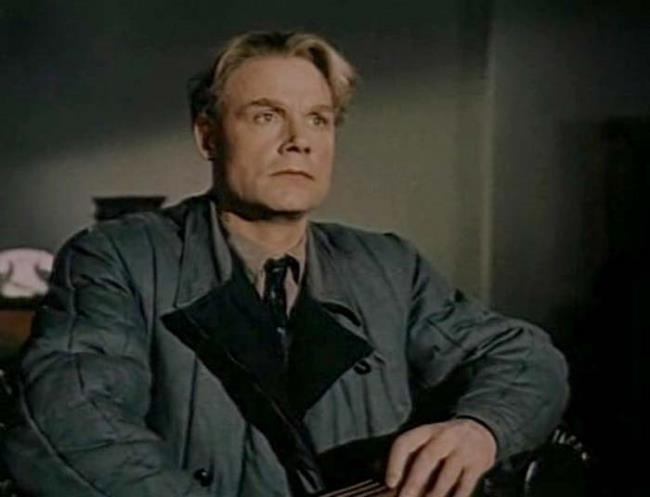 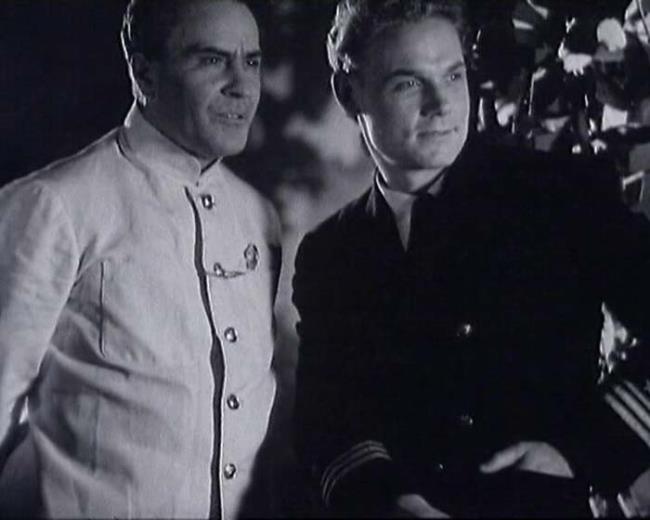 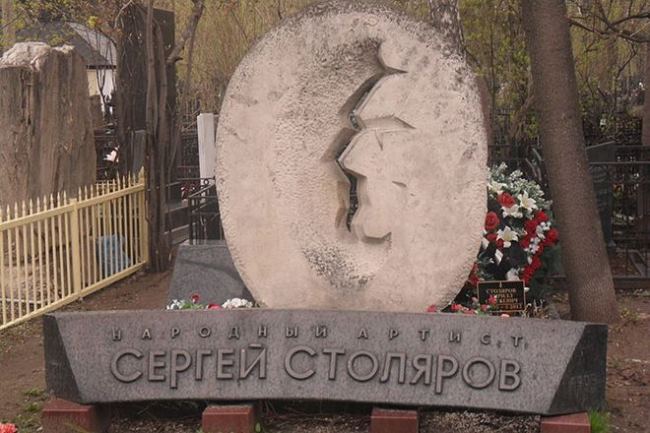 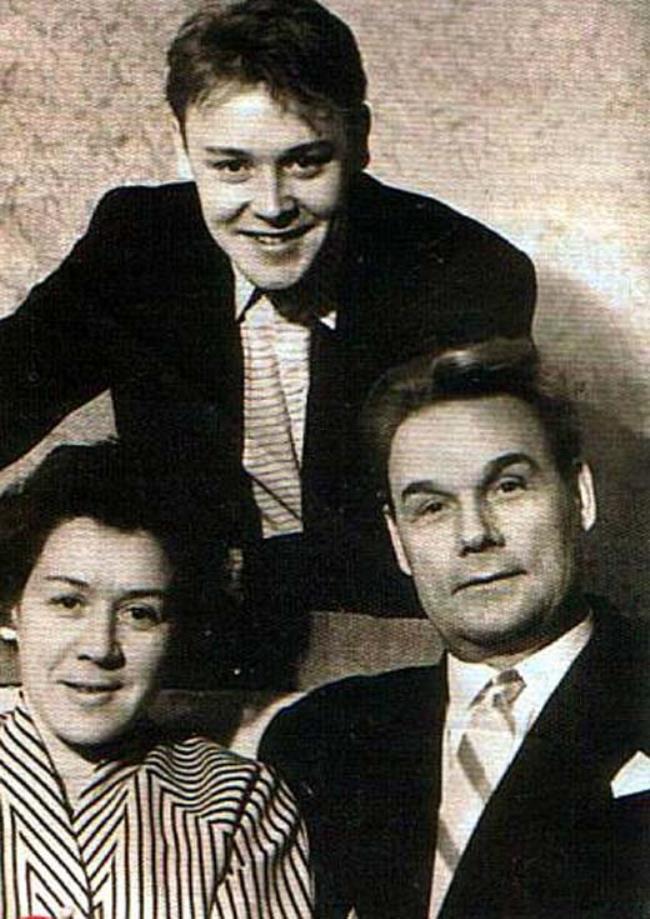 Happy family. Stolyarov with his wife and son 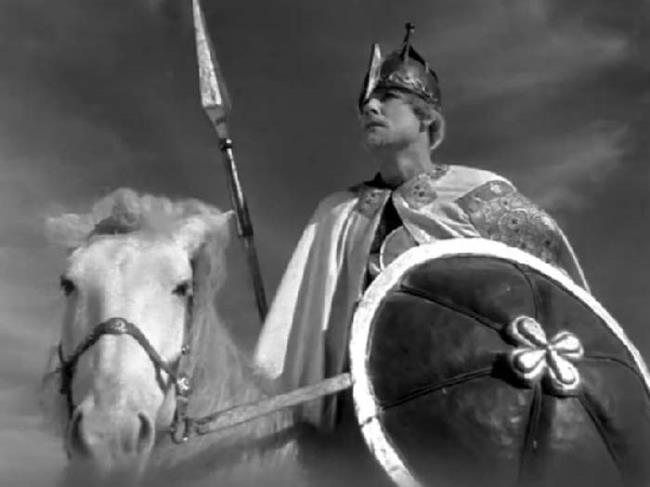 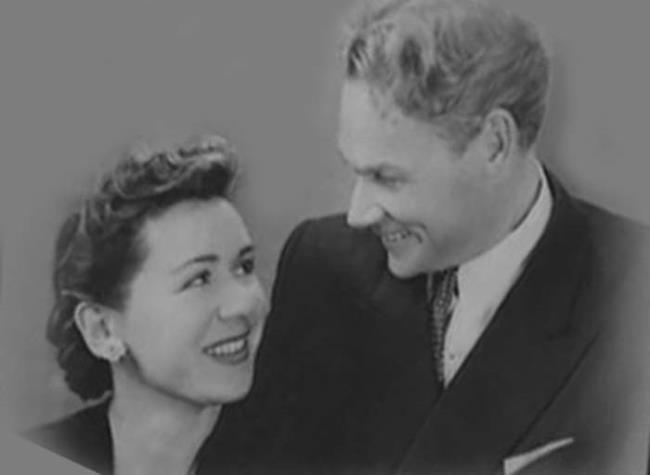 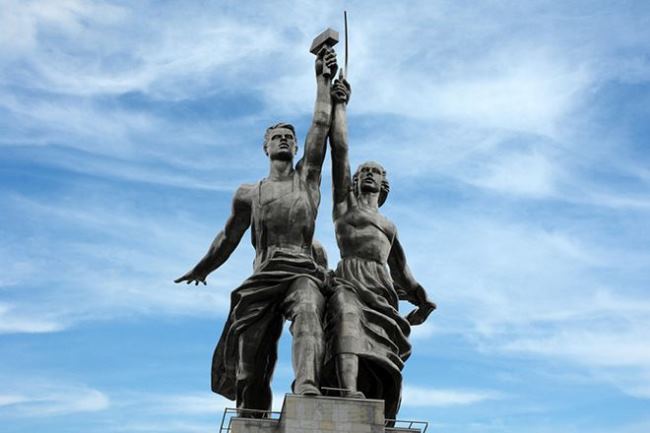 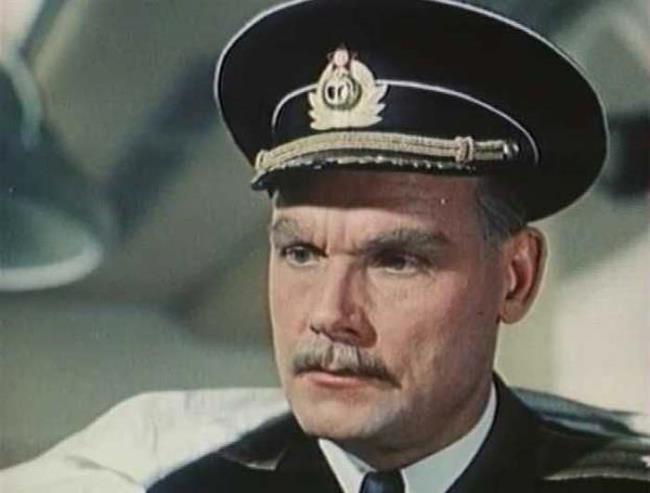