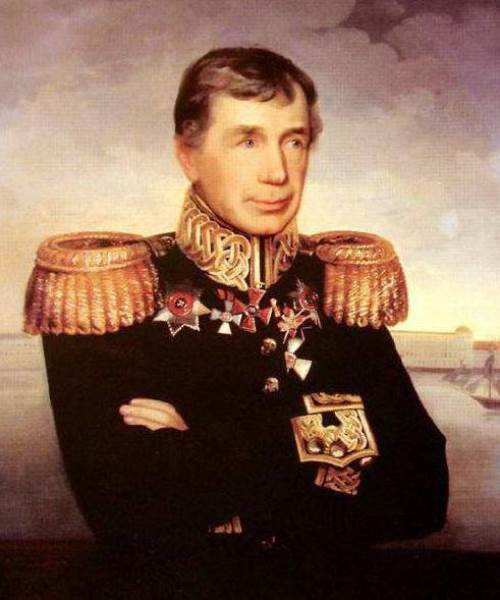 Man’s interest in distant seas and unknown shores is indomitable. At the beginning of the XIX century, Russian sailors first went on an around the world trip to find out which countries were behind the horizon. The expedition was headed by Ivan Fedorovich Kruzenshtern.
Adam Johann von Krusenstern was born in the family of a judge. The boy dreamed of the sea and distant lands and read all the travel books he managed to find in his home library. Father supported his son’s enthusiasm and, when the time came, he sent Ivan to the Naval Cadet Corps in Kronstadt.
According to contemporaries, at the end of the 18th century the corps was a rather gloomy institution resembling a seminary. Of the subjects indicated in the schedule, only mathematics was taught at a decent level, and very few sciences. In addition, teachers were rude and corporal punishment in the corps was absolutely normal.
It is not known how such an upbringing would end for Ivan, but a serious threat loomed over Petersburg: the Russo-Swedish war began. Pupils of the Marine Corps were hastily mobilized to participate in hostilities, and Kruzenshtern was called up as midshipman. In the Gotland battle, the captain of the ship noted his courage, and for participation in the battles of Revel and Krasnaya Gorka, Kruzenshtern received the rank of lieutenant of the fleet.

In order to encourage young officers, they were sent to England to study marine art in the country that had the title of “mistress of the seas”.
In Britain each officer was attached to a particular ship in order to improve knowledge of the sea in practice. Kruzenshtern together with the rest of the crew sailed to the shores of North America. Ivan visited Boston, Philadelphia, New York, was even had a meeting with President George Washington. However, the voyage was not always peaceful: the team repeatedly had to get involved in skirmishes with the ships of the French fleet, and the knowledge of Kruzenshtern, who had already gone through one military campaign, was just useful. Ivan had to visit the Bay of Bengal, Bermuda, Suriname and Barbados for several years of “English practice” – in a word, he managed to accumulate a lot of impressions and experience.
In his spare time, the young sailor thought of the fur trade with China. People used a long land route through Okhotsk to Kyakhta to deliver cargo. Having studied the “fur issue” in Canton, Ivan came to the conclusion that it would be much faster and cheaper to send goods by sea. Long sea voyages made it possible for Russia to directly communicate with its American territories in order to provide them with the necessary supplies from the empire. Kruzenshtern gradually came to the idea of the timeliness of circumnavigation. It would show whether Russian ships were ready for systematic long voyages, and would help develop colonial trade with countries that were difficult to reach by land. 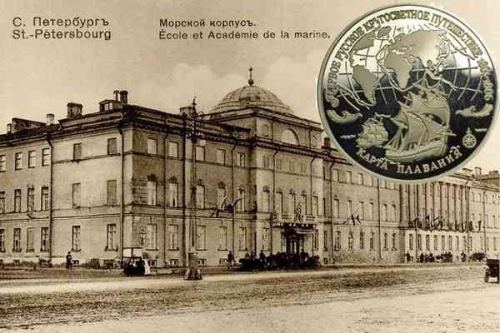 Having returned to St. Petersburg after six years of travel, Ivan Fedorovich sent all his proposals to the maritime department. There, they were very skeptical and buried a note among office papers for three years. They remembered it only in 1802, when a Russian-American company offered the same. Then Alexander I finally approved the project and appointed Kruzenshtern the head of the expedition.
Two sail sloops were allocated for the trip – Nadezhda and Neva. Kruzenshtern ruled over the entire expedition and commanded Nadezhda. The captain of Neva was the friend and classmate of Ivan Fedorovich in the cadet corps, captain-lieutenant Yuri Lisyansky.
It was proposed to include the British more experienced in long voyages, but Kruzenshtern believed that only Russian sailors should go to the first circumnavigation under the Andreevsky flag. Ethnographers, physicians, zoologists, artists, and even one astronomer traveled on both vessels. As it turned out later, all of them had intense scientific activity.
Travelers set sail in July 1803 – many difficulties awaited them. The sailors did not have refrigerators, they had to transport “food” alive. So, there were a lot of animals on board and they were well fed and kept clean. 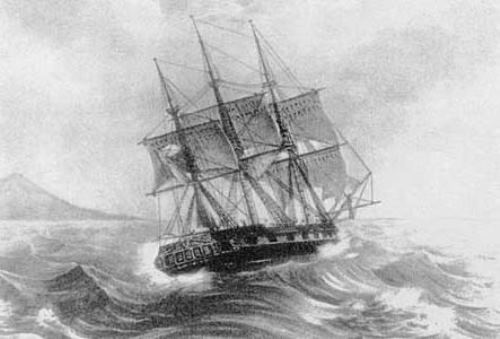 Ship Nadezhda in the sea

The sailing route was developed in advance and was strictly observed. Travelers crossed the Atlantic and headed to Brazil, then rounded Cape Horn and moved to the Sandwich Islands. There the expedition was divided: Neva sailed to the Aleutian Islands, and Nadezhda went to the shores of Kamchatka and from there to Nagasaki. On the way back from Japan, sailors examined the north and east of Sakhalin, after which, taking in China a large cargo of various goods on board, they returned to Russia.
The first Russian voyage around the world lasted three years and brought great scientific benefit to the empire. The achievements of the scientific team of Kruzenshtern were also appreciated in Europe: the materials of the expedition were translated into seven foreign languages and became extremely popular in the scientific world.
In 1811, Ivan Fedorovich was appointed inspector in the Naval Cadet Corps, but served in this position only until 1814, when he returned to scientific studies. He personally was engaged in the preparation of the second round the world voyage under the leadership of Otto Kotzebue. By the way, he even went to England to order the necessary tools and devices for the trip. And then he prepared his Atlas of the South Sea, a unique cartographic work supplemented by hydrographic notes explaining the maps. The Atlas was translated into all European languages, and in the homeland it received Demidov Prize. 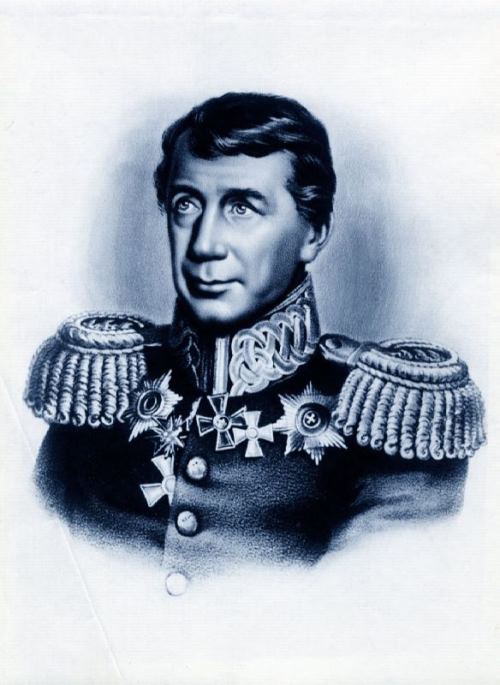 In 1827, Kruzenshtern returned to the cadet corps. He spent 16 years as director of this institution and did everything he could to change it completely. Ivan added new subjects, purchased the latest books and teaching aids, and founded his own observatory at the academy. The admiral brought up the cadets by personal example. Ivan Fedorovich was known as an athlete and a supporter of sports.
The famous navigator died in August 1846 and was buried with honors in the Dome Cathedral of Tallinn. Geographical objects around the world are named after him: an island in the Bering Strait, a reef and a strait in the Pacific Ocean, mountains on Novaya Zemlya and Sakhalin, a cape in Alaska, a lip in Yamal and other picturesque places.
It should be recognized that Ivan Fedorovich Kruzenshtern was one of those historical characters who lived their lives with dignity and managed to bring invaluable benefits to the Fatherland. 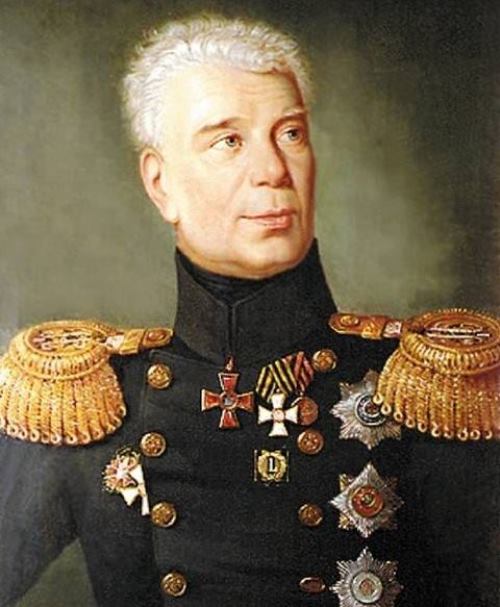 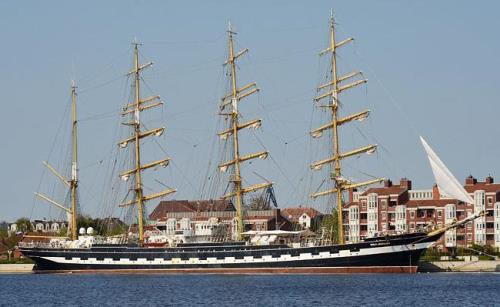 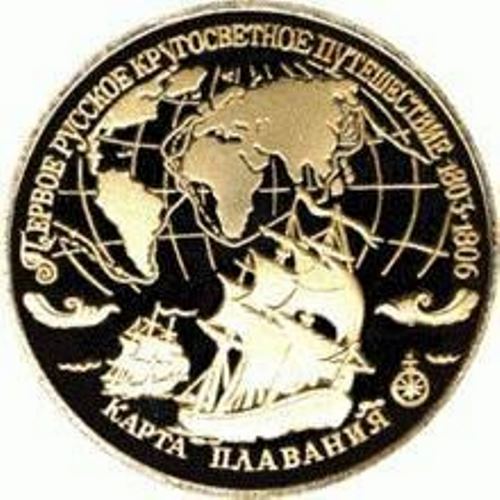 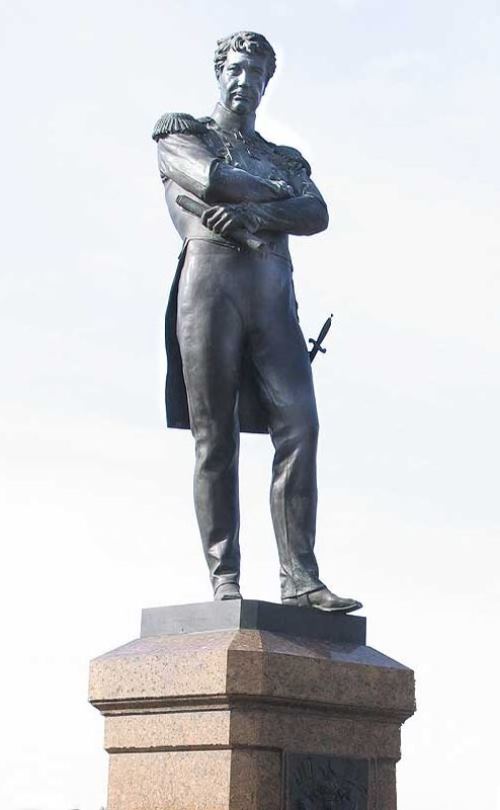