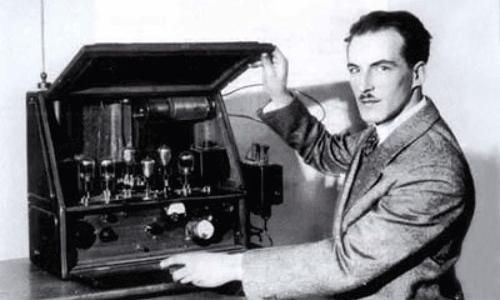 Lev Termen, Russian and Soviet inventor, invented musical instrument called the thereminovox and demonstrated it to the first ruler of the USSR. In 1947 he became a winner of the Stalin Prize for his outstanding invention.
Lev Termen (known as Leon Therimin in the West) was born on August 15, 1896 in St. Petersburg. The boy was born into a noble Orthodox family with French Huguenot roots (in French his name was written as Theremin). As a child Lev was very interested in physics and electricity. He studied piano and cello at the conservatory in Leningrad, but afterwards went to university to study physics and astronomy.
Inspired by the Bolshevik revolution in 1917, when everyone was interested in new things, Termen wanted to invent a musical instrument that would not use any mechanical energy, like the conductor of an orchestra, who only moves his hands.

In 1919 he became the head of the Laboratory of Physical-Technical Institute in St. Petersburg. Since 1923 Lev collaborated with the State Institute of Musical Science in Moscow.
Termen created an instrument, called the tereminovox, which used electricity and took it to an electronics exhibition in Moscow.
Lenin heard about it and asked Termen to show the instrument to him. By the end of the meeting Lenin had learnt to play Glinka’s Skylark on the instrument, just by moving his arms! The machine had two antennas which reacted to the movement of a person standing near it to produce differently pitched sounds, and, music!
Being a very versatile person, Theremin invented a number of different automatic systems (automatic doors, automatic lighting and so on), alarms and security devices. 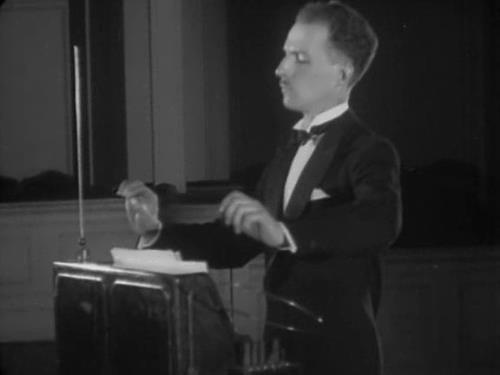 In 1927 Lev received an invitation to an international conference on physics and electronics in Frankfurt. Actually, the report and demonstration of his inventions brought him worldwide fame.
In 1928, Theremin, remaining a Soviet citizen, moved to the United States. There he met Albert Einstein, who was also interested in his invention. A number of young composers were excited by the new instrument and tried to write music for it.
Lev founded Teletouch and Theremin Studio and rented six storey building for music and dance studio in New York.
From 1931 to 1938 he was director of Teletouch Inc. At the same time, he developed an alarm system for the prisons Sing Sing and Alcatraz.
Soon he became a very popular person in New York. His studio was visited by George Gershwin, Maurice Ravel, Jascha Heifetz, Yehudi Menuhin, Charlie Chaplin, Albert Einstein. His circle of friends included tycoon John D. Rockefeller, the future US President Dwight Eisenhower. 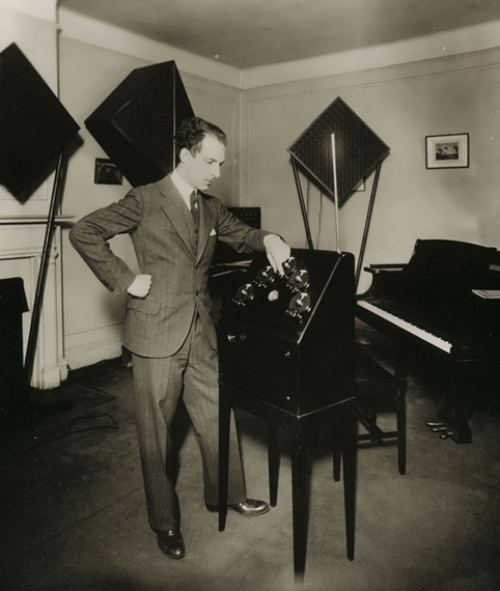 Lev Sergeyevich divorced his wife Ekaterina Konstantinova and married Lavinia Williams, the first dancer of the American Negro Ballet.
When the Second World War began, Termen asked to be sent home to the Soviet Union. He thought his inventions might have some military application, and help in the war effort. But like many well-educated people, and those who had been abroad, he was not trusted, and was arrested. With the famous aircraft designer Tupolev, Termen worked as a scientific researcher, a prisoner in a closed lab. There he helped develop the Soviets’ espionage techniques. Among other things, he perfected the ‘bug’, used to listen to secret conversations.
After 1947 Termen was allowed to leave the lab and was given a bonus and an apartment. However, all the foreign scientists and composers who were interested in him were told by the Soviet government that he had died! Only after 1960 Termen was allowed to write letters to people! 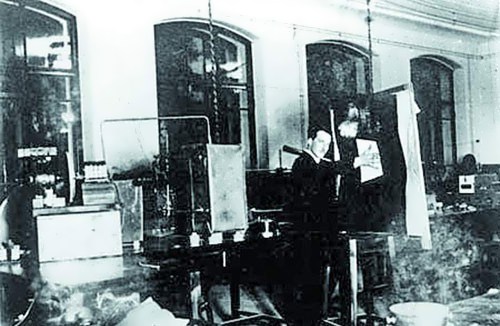 Leon Therimin in his lab

In 1948 his wife Maria Gushchina gave birth to two daughters – Natalia and Elena Theremin.
From 1964 to 1967, he worked in the laboratory of the Moscow Conservatory. According to some reports, during that period Lev worked for free.
In 1991, together with his daughter Natalia Theremin and his granddaughter Olga Theremin, Lev visited the United States at the invitation of Stanford University and, among other things, met with Clara Rockmore.
In March 1991, aged 95, he joined the Communist Party. When he was asked why he joined the party Lev replied: “I have promised Lenin.”
Leon Theremin died on November 3, 1993 in Moscow. He was buried at Kuntsevo Cemetery in Moscow.
His inventions had been developed in the USA and were being used in popular music by bands like the Beach Boys and Led Zeppelin. The Therimin became a fining sound of science-fiction film in America in the 50s and 60s, and important to pop music ever since!
In one of the episodes of The Big Bang Theory (Season 4) Sheldon Cooper played the theremin. 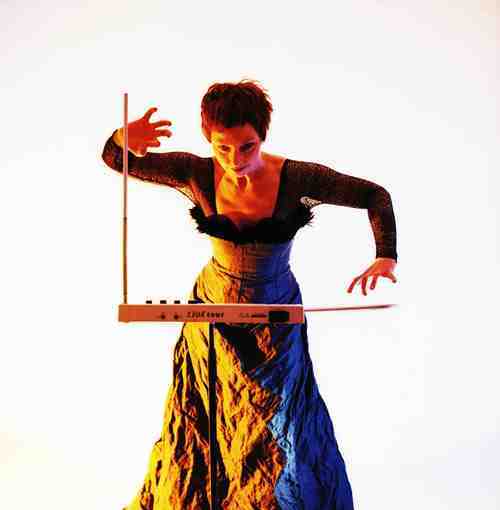