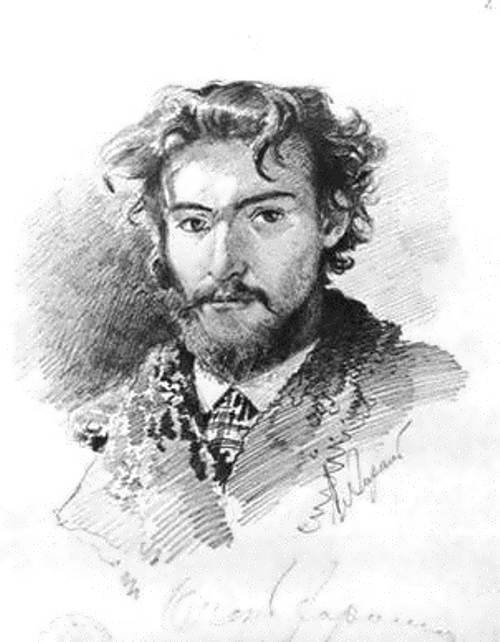 Fyodor Vasiliev was a Russian landscape painter. He lived a short life, but his contribution to Russian art is great. The artist left wonderful pictures of his native nature, where truthfulness is combined with subtle, soulful lyricism. In his landscapes there is always a living excitement of the artist, who was in love with the beauty of nature.
Contemporaries, and later researchers saw Vasiliev as an artist who could make a huge revolution in all landscape painting.
The boy was born on February 10 (22), 1850 in Gatchina (now Leningrad Region) into the family of a small postal official from St. Petersburg.
At the age of twelve he was sent to serve in the main post office. Since his early childhood he showed his ability and interest in drawing. The boy quit his service and went to study at the Drawing School in Petersburg (1865-1868). By the end of his studies Vasiliev had become friends with Kramskoi and Shishkin.
An important event for the young artist was his trip to the island of Valaam. Fyodor along with I. Shishkin worked there for more than five months: from June until late autumn of 1867. In 1869 Vasiliev traveled to Tambov province, to the estate of Count P.S. Stroganov, the village of Znamenskoe (in the summer), and to the Ukraine. Those trips played a favorable role in the development of the artist’s original talent.

In 1870 Vasiliev together with artists I. Repin and E. Makarov traveled along the Volga. They sailed along the great river from Tver to Saratov.
Upon returning from the trip Vasiliev created the picture Thaw. The painting immediately became an event in Russian artistic life and was shown at the 1872 World Exhibition in London. 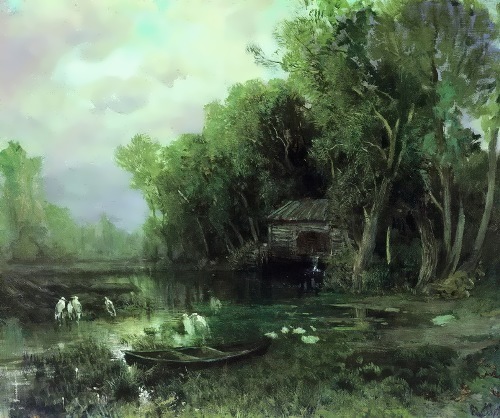 While working on the painting Thaw, in the winter of 1870, Vasilyev caught a severe cold, he had tuberculosis.
Count P.S. Stroganov invited the artist to spent the summer of 1871 in his estates in the Kharkov and Voronezh provinces, but he never recovered. Society for the Encouragement of Arts gave him money to travel to the Crimea. There Vasiliev spent the last two years of his life.
During that period, he created many drawings (pencil, watercolor, sepia) and paintings. The central work was a large picture In the Crimean Mountains (1873, the Tretyakov Gallery). In the Crimea, Vasiliev painted significant paintings: Morning, The Abandoned Mill, The swamp in the forest. Autumn (1873), Wet Meadow (1872, the Tretyakov Gallery). The artist worked a lot and this did not contribute to recovery and led to a tragic end.
Talented artist died on September 24 (October 6), 1873 in Yalta. The grave is located there, at the Polikurovsky cemetery. Vasiliev was an exceptionally gifted artist, one of the most talented Russian landscape painters, who left a deep mark in Russian art.
Source: nikole-t.livejournal.com 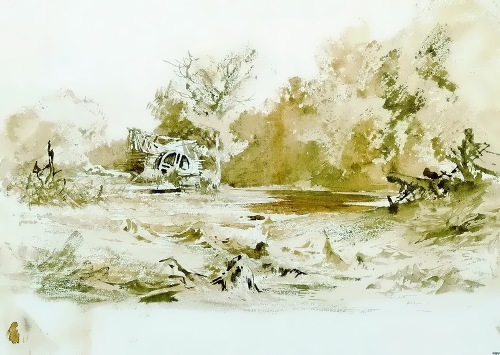 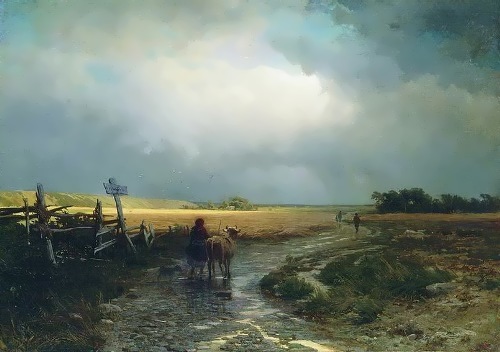 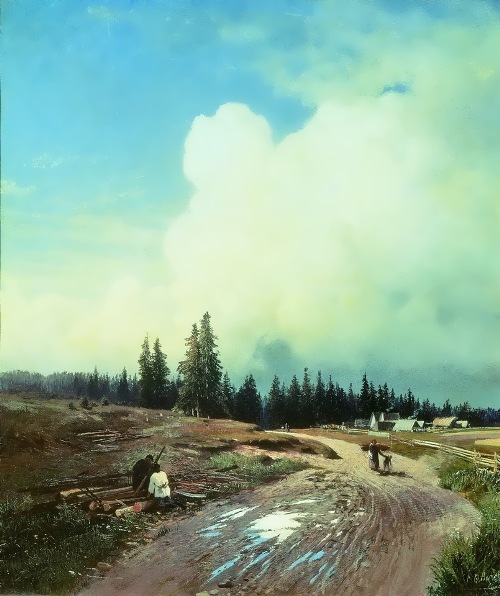 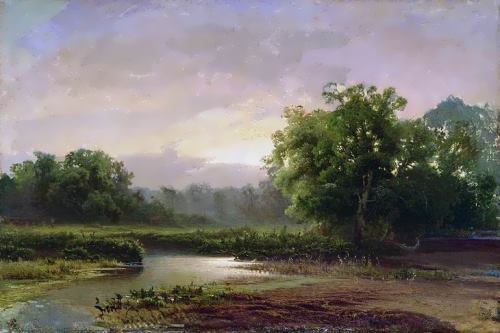 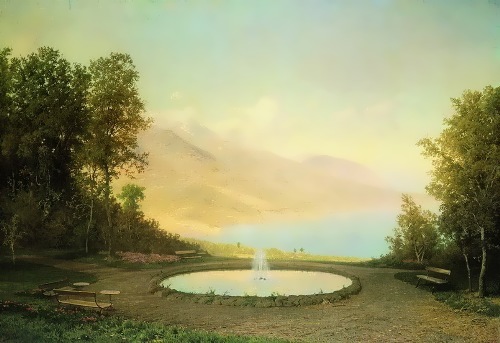 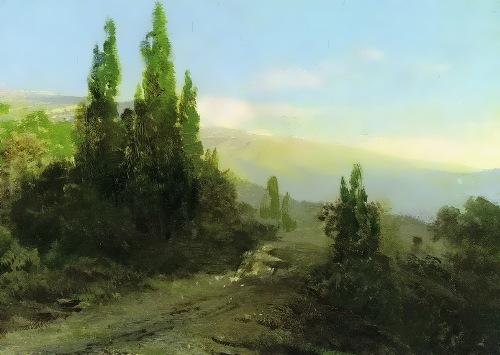 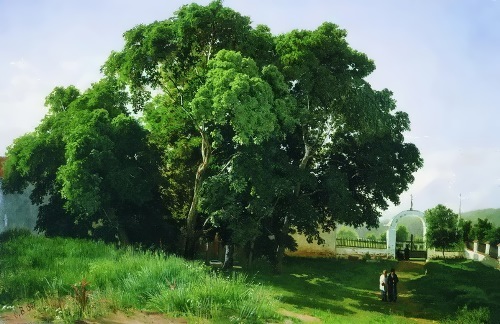 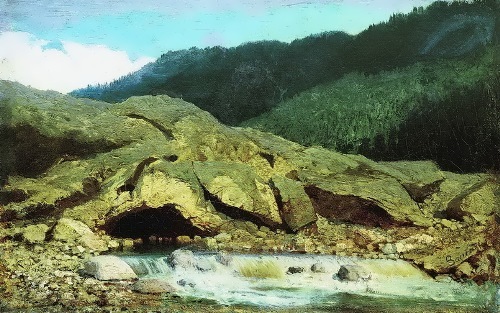 Landscape with rock and stream .1867 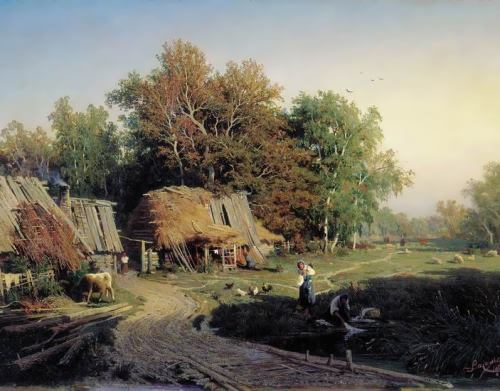 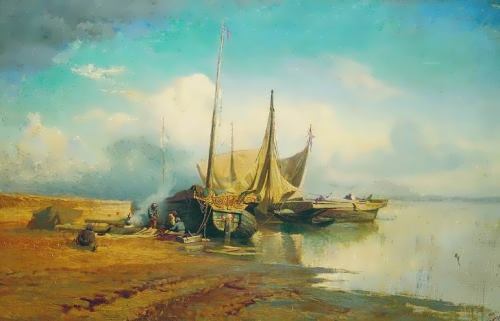 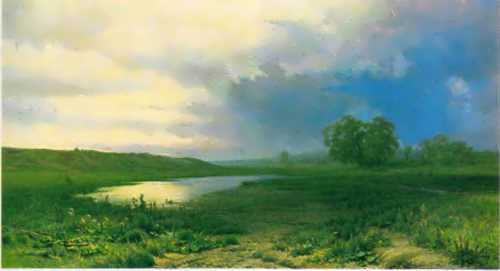 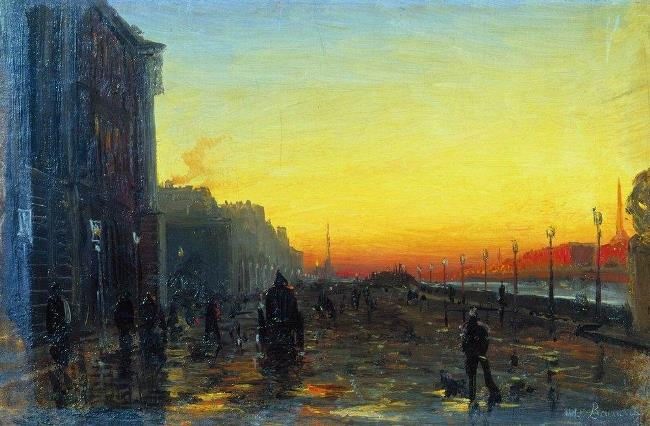 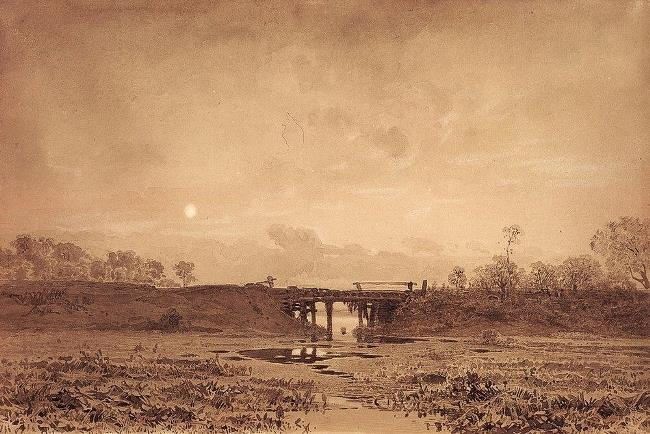 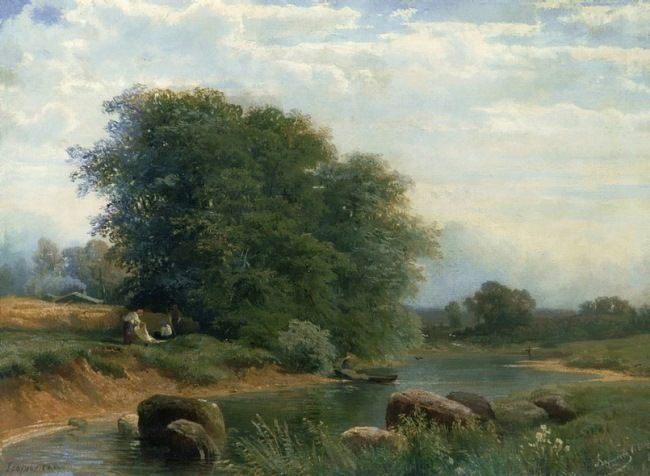 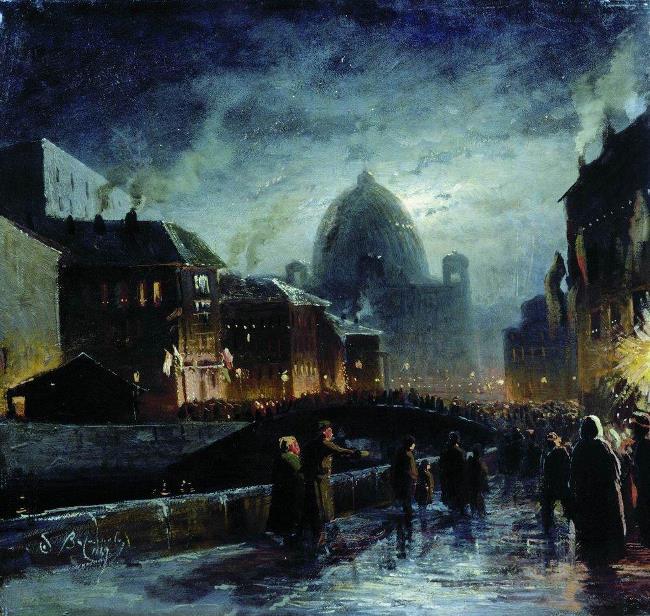 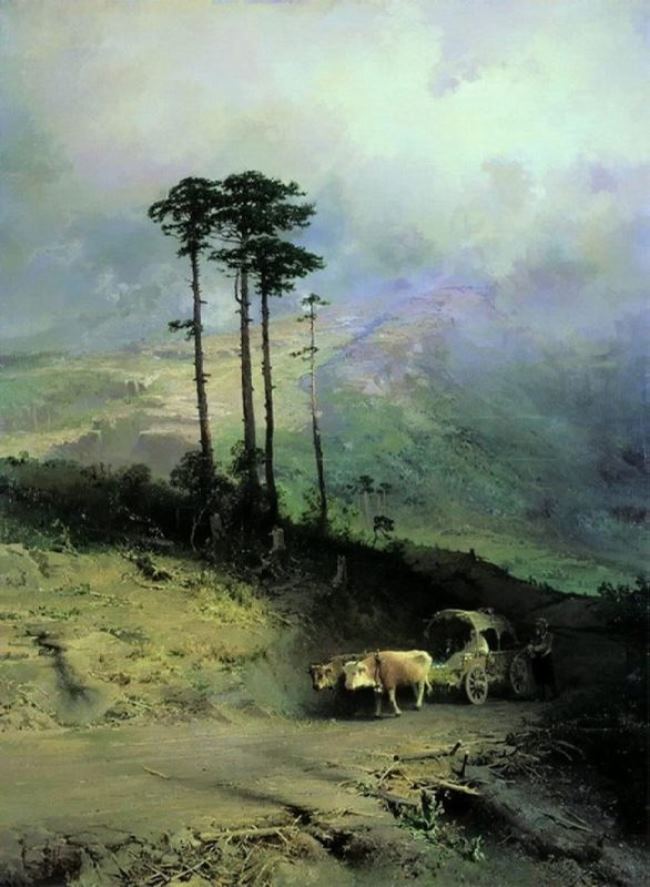 In the Crimean mountains. 1873 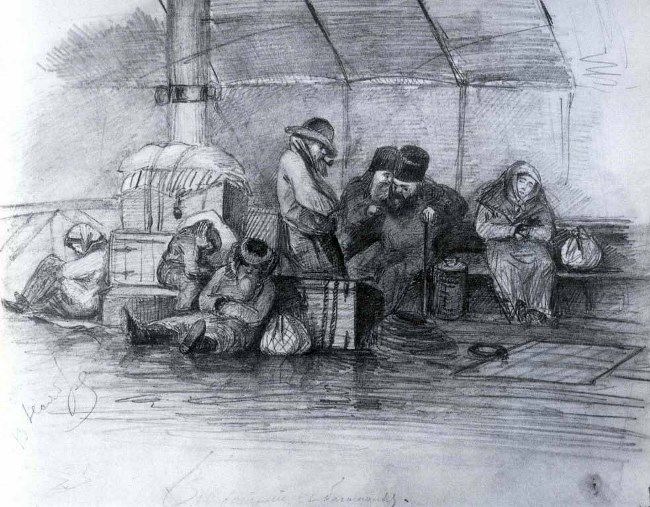 On a steamship. Return from the pilgrimage 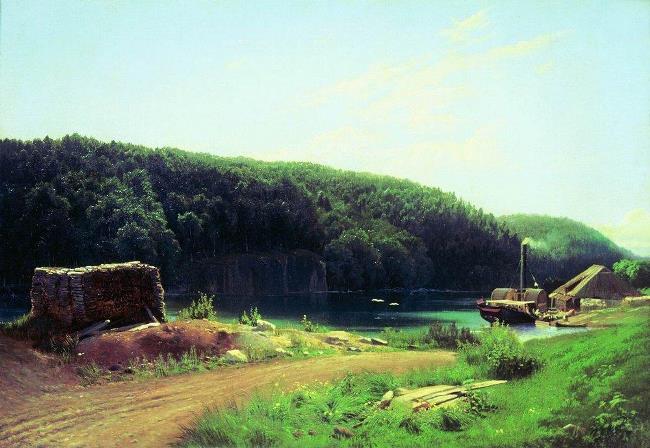 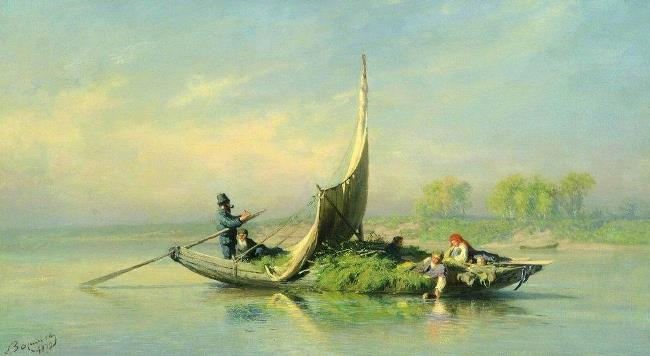 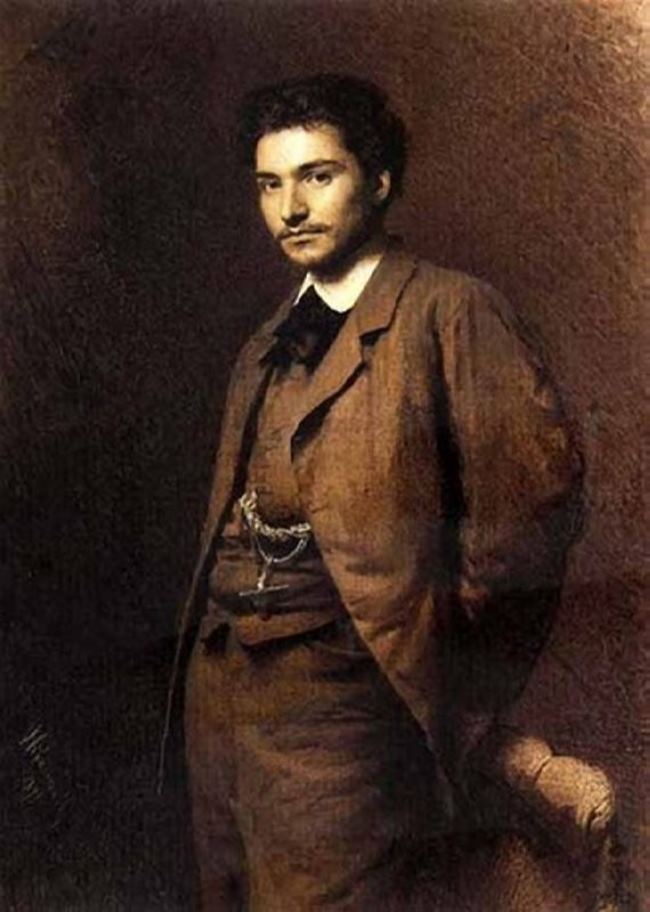 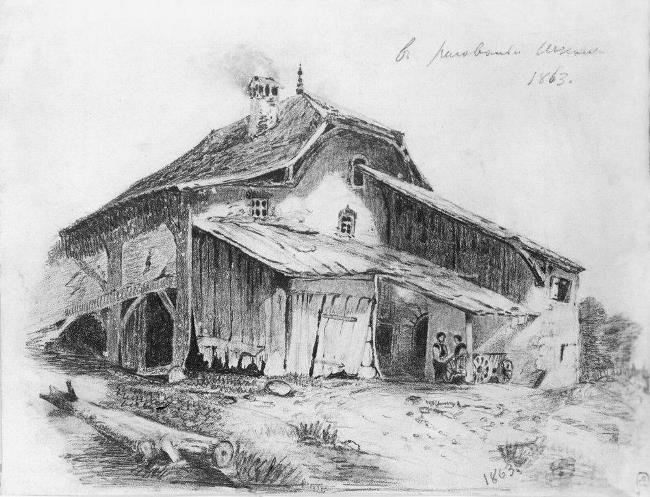 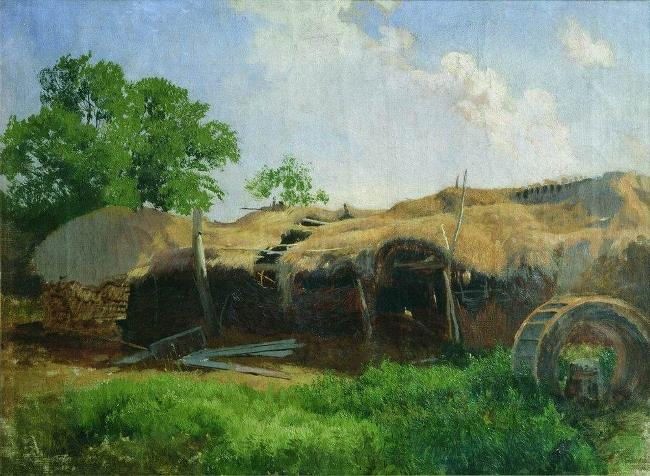 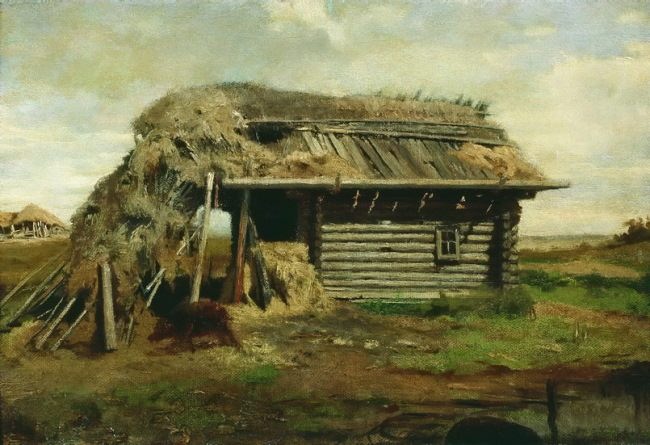 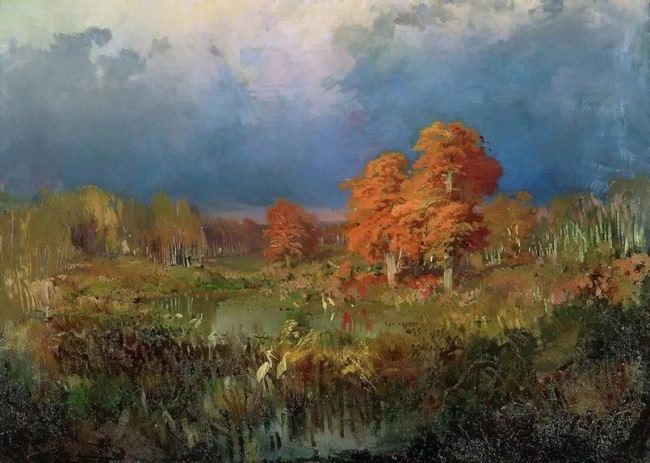 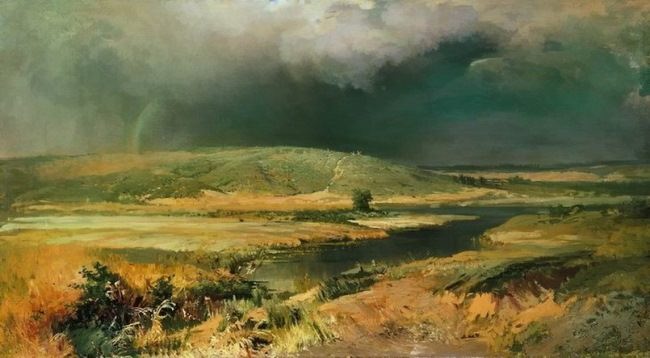