Facts about the name Tatiana 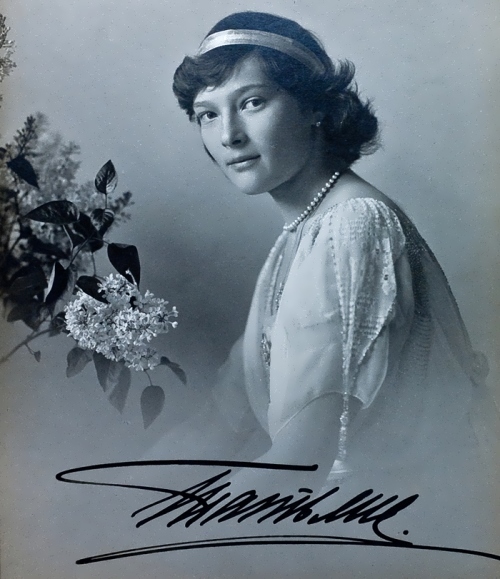 On January 25 all students celebrate Tatiana Day or Russian Students Day. It is a Russian religious holiday named after Saint Tatiana. She was a Christian martyr in Rome in the 3rd century during the reign of Emperor Alexander Severus. The Russian Orthodox Church declared Saint Tatiana the patron saint of students.
In 1755, Empress Elizabeth of Russia signed a decree on the establishment of the University in Moscow. The church of Saint Tatiana was later built in the university campus.
Here are some facts about Tatianas.

Tatiana is a Slavic female name. It originated in ancient Rome and was the feminine form of the Latin Tatianus, a derivative of the old Roman family name Tatius, which is of uncertain origin. Titus Tatius was the name of a king of the Sabines, an Italic tribe. According to another version, the name Tatiana has Greek origin and means “founder”. Someone also suggested the name is a Greek word which means “goddess, beautiful child.” 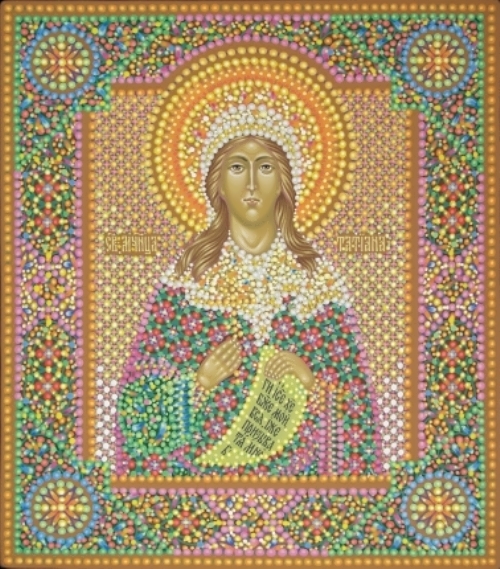 On January 25 Church celebrates Memorial Day of the Holy Martyr Tatiana. She was born in a noble Roman family. They were secret Christians. Tatiana decided to remain a virgin and became a deaconess, took care of the sick and helped the needy. During the persecution of Christians she was arrested and brought into the temple of Apollo, to be sacrificed to the idol. She began praying and suddenly the earthquake occurred. The idol was smashed to pieces and broken parts of the temple killed priests and pagans. Then the executioners gouged out her eyes, she suffered, but prayed for her tormentors. The Lord heard her prayer and a voice came from heaven. Eight men believed in Christ and fell on their knees begging to forgive their sins. For confessing themselves Christians they were executed. Tatiana was beaten and her body was slashed with razor blades. But instead of blood, milk was flowing from the wounds.
The torturers brought her to the temple of the goddess Diana. But Tatiana crossed herself and began to pray. And suddenly there was a deafening clap of thunder – and lightning struck the idol and priests. The next day, Tatiana was brought to the hungry lion’s cage, but the beast did not touch the holy. She was thrown into the fire, but the fire did not harm the martyr. She and her father were beheaded with a sword.
This heroic virgin, who had the fragile body of a woman, but a robust and valiant spirit, was crowned with the immortal wreath of glory. 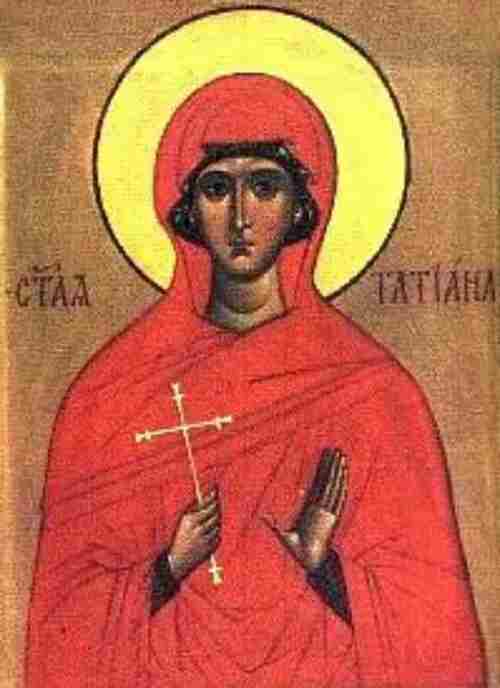 Icon of the Holy Martyr Tatiana 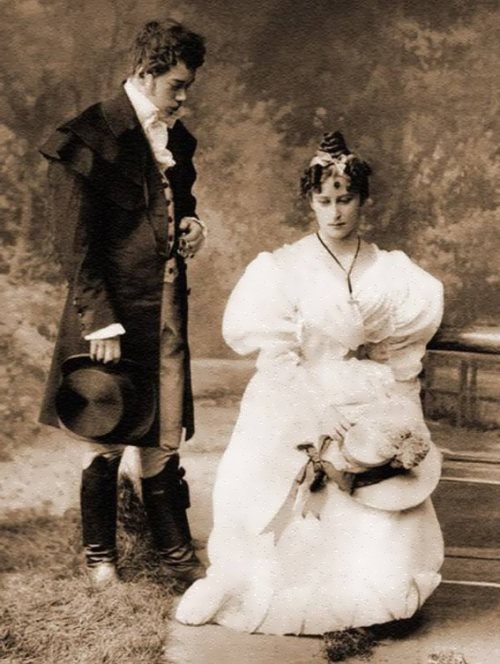 Pushkin’s novel was always fashionable among the Russian aristocracy and it influenced the choice of names for the elder daughters of Nicholas II and Alexandra Feodorovna Romanova (last Russian royal family). Tsar said that the girls were named Olga and Tatiana like sisters in Pushkin’s Eugene Onegin. 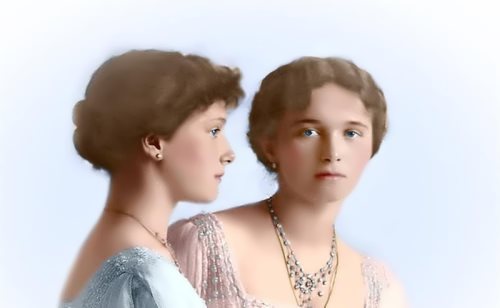 Thanks to the development of science Tatiana conquered outer space, giving the names to four asteroids. In 1913, one of them (number 769) was named after the heroine of Pushkin’s novel. In 1929, an asteroid 1109 discovered by German Karl Reinmuth was named Tata. The small celestial body of the solar system under the number 4679 was named Tatianina. The asteroid Tanya (2127) was named in memory of Tanya Savicheva, who died during the siege of Leningrad and whose diary became one of the indictments at the Nuremberg trials. 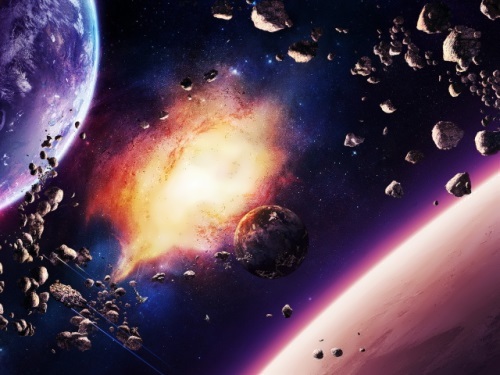 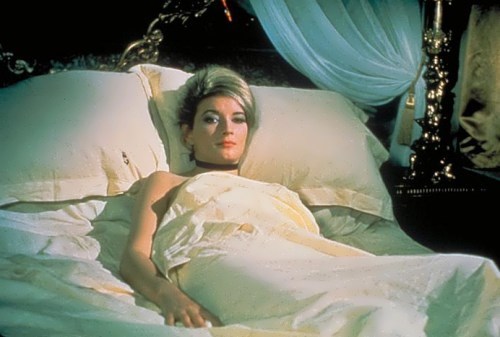