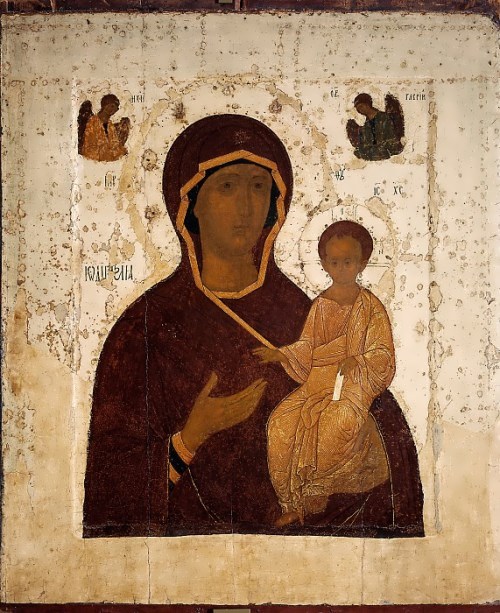 Dionysius was one of the last Medieval Old Masters of Russian art. Sources in which Dionysius is mentioned are full of admiration for his wisdom and talent. You know, he was last of the greatest icon painters of Ancient Russia, the representative of the Golden Age of Russian icon painting.
According to some sources the artist was born in the 1440s.
Dionysius experimented with balance and composition. His earliest recorded works were the wall-paintings in the church of the Parfuntiev Monastery at Borovsk. He was employed there as assistant to the painter Mitrofan.
The artist was called to Moscow by John III and became the leading figure of the early Moscow school of painting at the end of the 15th century. He painted a series of icons for the Cathedral of the Dormition in the Moscow Kremlin.
His style was named Muscovite Mannerism and was characterized by his mastery of colour in painting. He was not fond of bright colours. The artist toned down his palette a little, making the colours lighter. The transparency of the colours help to underline the lightness of the architectural forms.

The artist had an even greater impact upon contemporary Russian artists than his predecessor Andrei Rublev.
To tell the truth, only one of his early icons Holy Virgin (Hodegitria) from the Monastery of the Ascension (1482) has been preserved.
On August 6, 1502, Dionysius began painting the Ferapontov Monastery.
In the painting Crucifixion there is not only death, suffering and horror, but also the joy of the future resurrection, the redemption of the sins of all people. This icon is a movement along the vertical, beginning with the unusually extended figure of Christ, the symbol of the breakthrough from the earthly sphere into the heavenly. The icon combines two perspectives: traditional for painting (the whole world) and traditional for icon painting – the reverse (the figure of Christ). The main meaning of this icon is an incomprehensible miracle, the transformation of humiliation and suffering of the God-man into his glorification, his death has become a symbol of immortality. Now this icon can be seen in the Tretyakov Gallery in Moscow. 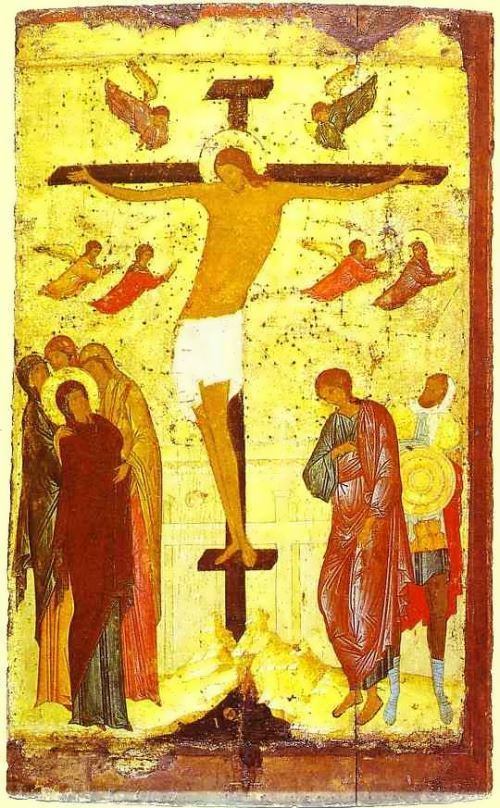 Actually, Dionysius is the first icon painter who “combined” Metropolitan Peter and Metropolitan Alexy in one icon. Although neither biographically nor chronologically these saints were associated. But the painter created a lot of parallels. The figures and gestures of the metropolitans seem to repeat each other. Dionysius emphasizes the continuity of spiritual power: from Peter to Alexy. Researcher of the icon painting of M.V. Alpatov wrote: “This icon represents one of the tops of ancient Russian art. The whole icon looks not so much as a story, but as a panegyric in honor of the Moscow metropolitan.”

The Church of the Nativity of the Holy Virgin in the Ferapont Monastery Dionysius painted with his two sons. It is amazing that the frescoes, the area of which is 600 square meters, have been preserved completely and have never been renewed. Nothing has disappeared from the mural of the monastery, and those who pray in the church in the 21st century see what people saw at the very beginning of the 16th century. In the arch of the Northern Entrance there was an inscription saying that the painting of the church was made by Dionysius “with his children” in 1502, and that it took them 34 days. Frescoes are distinguished by an extraordinary richness of tones, soft colors, harmonious coordination of proportions. The paintings decorate not only the interior, but also the facade of the church, where the main plot is The Nativity of the Virgin. Thus, the life story of the Virgin starts at the entrance to the temple and continues inside it. 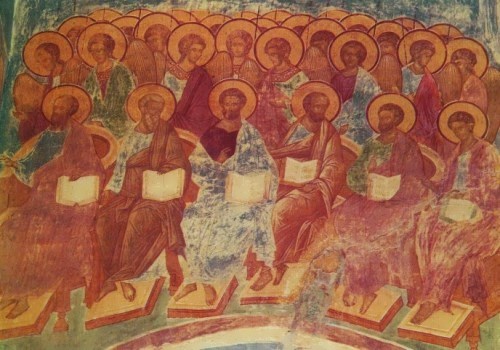 The icon Christ in Majesty is in the Tretyakov Gallery in the same room with the icon Christ in Majesty by Andrei Rublev. The longer you look at it, the more details, images and symbols you find. For example, in this icon there is an allegorical depiction of the four evangelists in the form of a calf, an eagle, a lion and an angel (man). Squares and ovals of different colors symbolize different worlds – the earthly, the world of heavenly powers, the invisible world.
His death is presumed to have occurred in 1505. In 1508 the painters’ workshop was headed by his son. 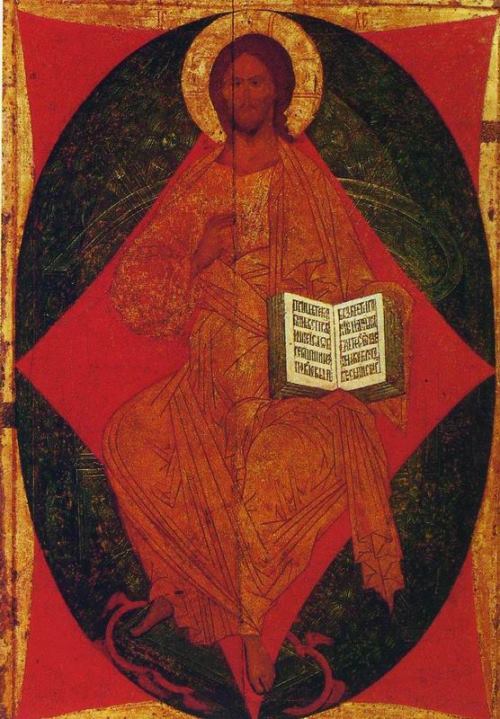 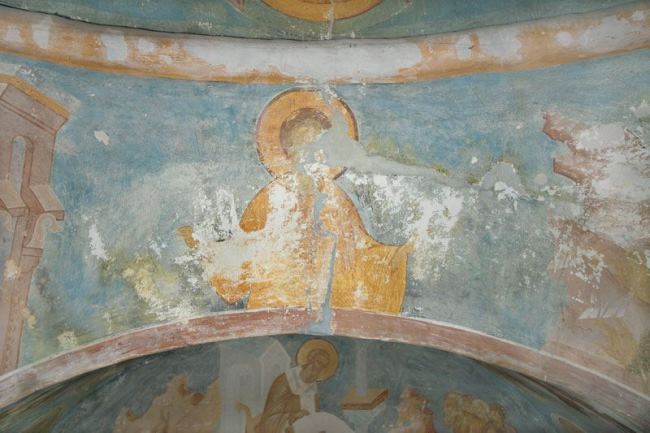 Cathedral of the Nativity of the Virgin. Dome. Christ Emmanuel 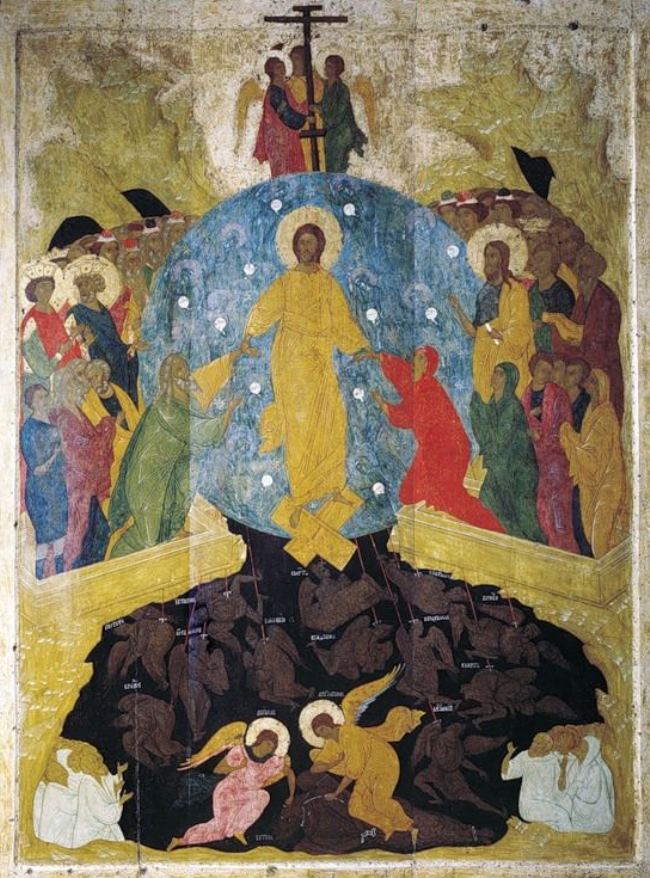 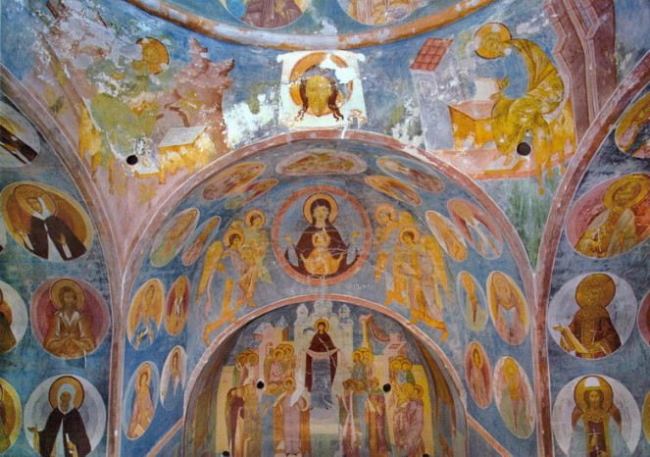 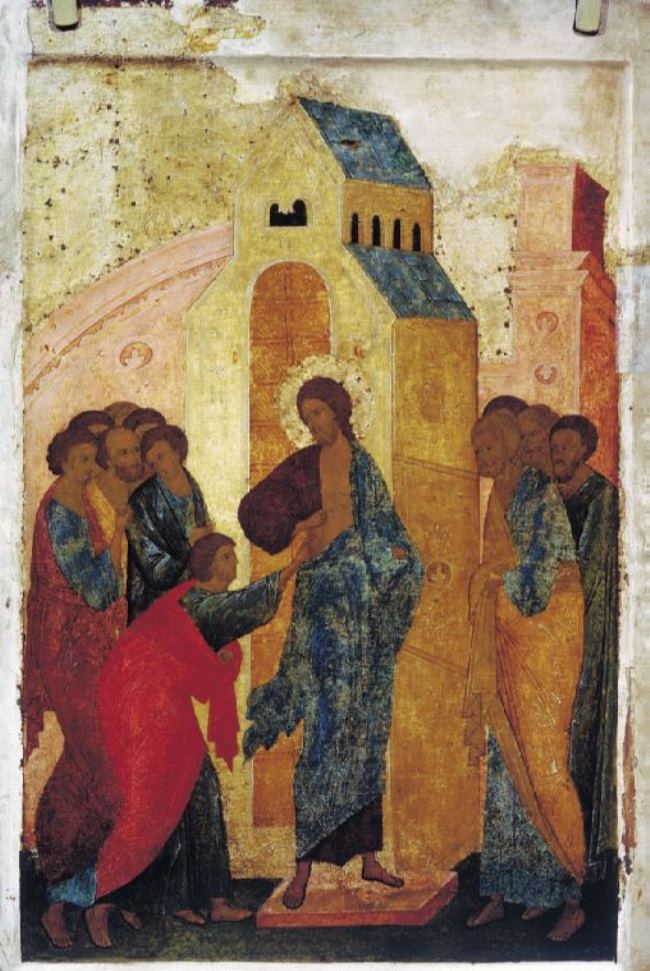 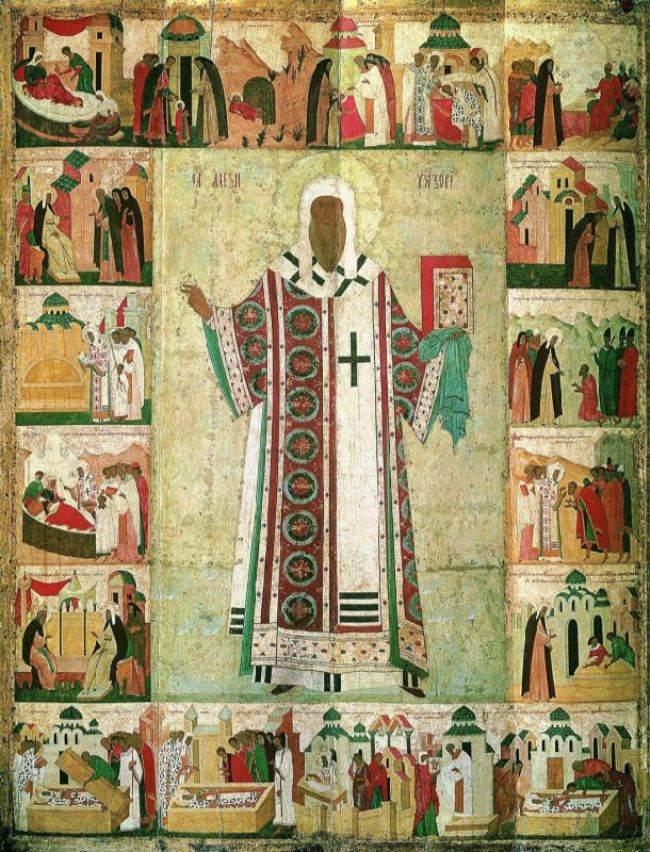 Metropolitan Alexy with a Lifetime 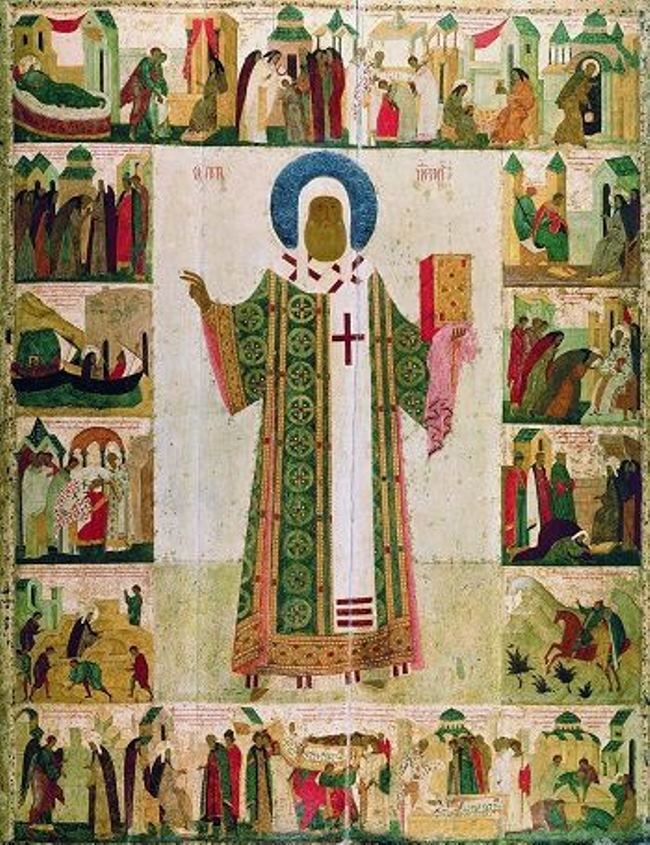