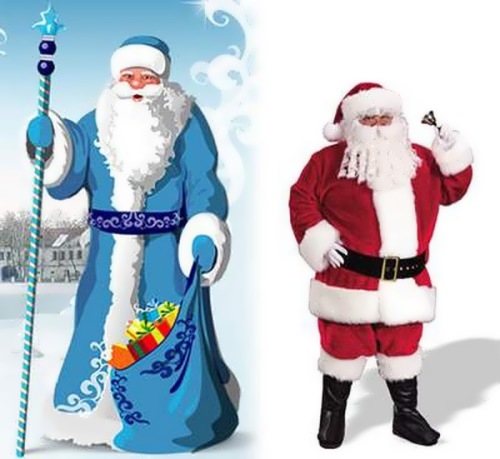 Ded Moroz vs Santa Claus
They both became a symbol of the New Year holiday.
First I’d like to say some words about Ded Moroz (or Moroz, Grandfather Frost, Treskun, Studenetz). He is a Slavonic deity, Lord of the winter cold.
Hard to believe, but in the twentieth century Grandfather Frost had nearly disappeared! After the revolution, it was decided that to celebrate Christmas and New Year was bad for the people! However, in 1935 Ded Moroz appeared on New Year celebrations. It’s difficult to imagine that almost for 20 years the New Year celebrations were banned!
Prior to 1998, All-union, and then the All-Russian Ded Moroz lived in Arkhangelsk. In 1998, Moscow Mayor Luzhkov and the governor of the Vologda region Pozgalev housed fabulous old man in Veliky Ustyug, Vologda region. 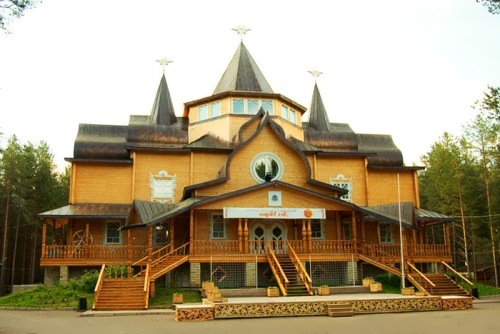 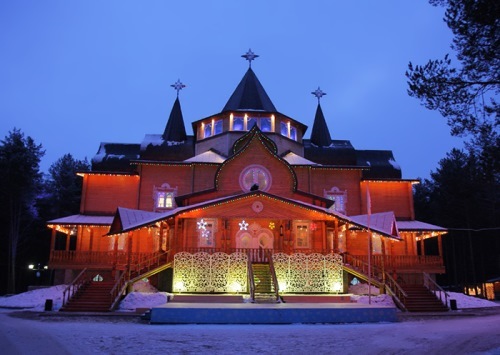 1. How old are they?
– According to various sources Ded Moroz is more than two thousand years old. During this period he existed in completely different images. At first he was a pagan god Zimnik: old man with gray hair and a long white beard, bareheaded, in winter white clothes and with an iron mace in his hands. He was originally evil and cruel pagan deity, the Grand Old Man of the North, the lord of the icy cold and blizzards.
– The modern image of Santa Claus appeared in the U.S. relatively recently, on Christmas 1822. Clement Clarke Moore wrote the poem The Arrival of St. Nicholas, in which the Holy appeared as a cheerful elf with a round belly. And after forty years cartoonist Thomas Nast drew the Santa Claus image. 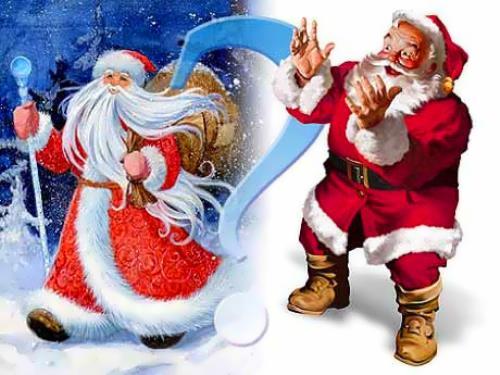 2. Appearance
If Santa Claus is more like a gnome, then Ded Moroz is the giant hero with a very long, white and fluffy as snow, beard.
3. Clothes
Moroz wears a very warm hat (with no brushes!), a long thick fur coat, huge mittens and valenki. He never wears belts and has a posokh (magical stick) and bag with gifts (many children believe that it is bottomless).
Santa Claus always wears short boots and a red jacket. (Aha, try to put on such clothes when it’s – 50 C). 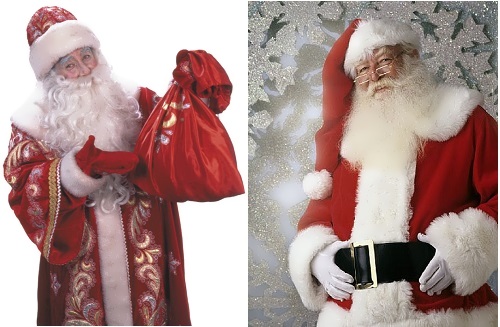 Clothes of Moroz and Santa

4. Giving Presents
Stockings on a fireplace mantel are only for Santa. He climbs down the chimney and puts the gift into a little stoking. Russian Ded doesn’t limit the size of the gift and brings gifts for a reason. Before presenting a gift he often asks to perform something for him: recite a poem, sing a song, dance. It’s not because of greed – he just likes to have fun. He is quite strict but fair.
5. Family
Few people know, but Ded Moroz has not only lovely young granddaughter Snegurochka, but also a strict wife – Zimushka (winter).
And Santa is forever alone. 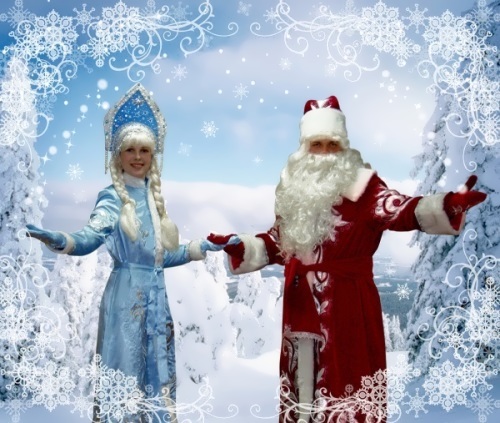 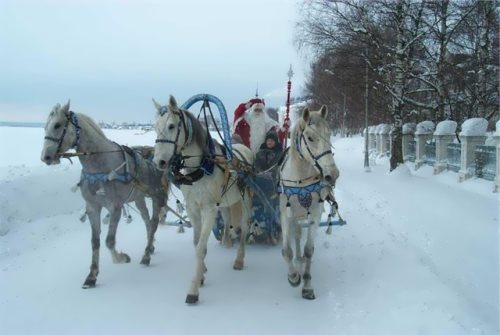 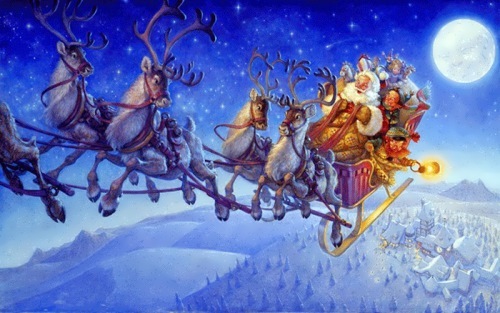 P.S. And Russian Moroz never wears glasses and smokes a pipe! Russian Ded has good eyesight and no bad habits. However, he can drink sometimes. 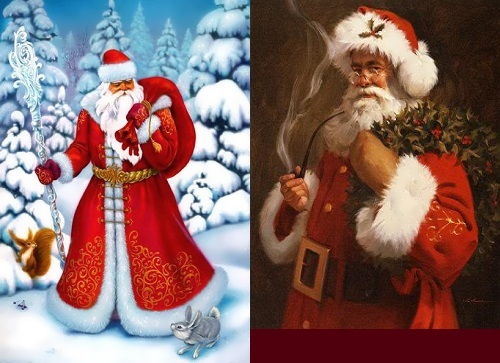 Here we can meet Julenissen (Yule Nissen, Christmas elves), who lives in Savalen. 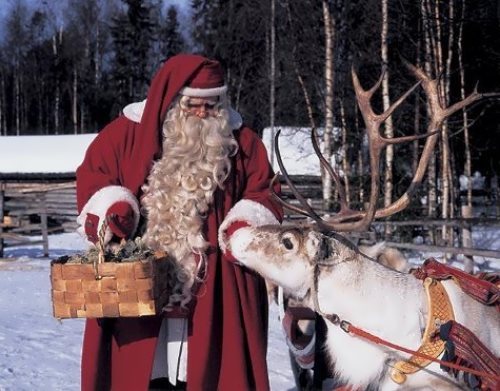 In Lapland American Santa Claus (aka Finnish Joulupukki: Joulu – Christmas and pukki – goat) lives. Earlier he went from door to door with goat horns on his head and in a sheepskin coat with the fur outside. Joulupukki lives in a well-furnished cave in the Arctic Circle in Rovaniemi with his old lady Muori. Yes, the Finnish Santa Claus is married, but he does not like to talk about his wife. 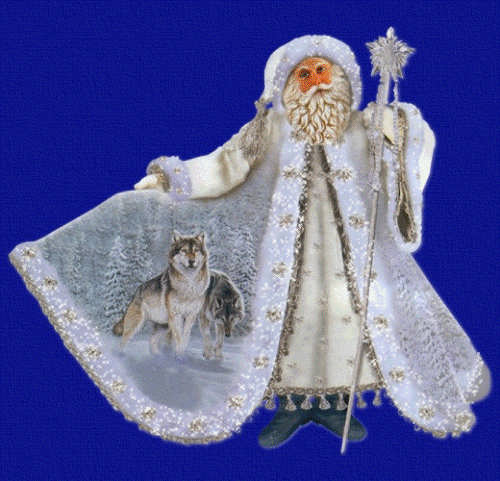 Weihnachtsmann is Austrian Santa Claus. According to legend, many years ago he was an evil spirit, who stole not sleeping children at night.

In SWEDEN there are two Santas: Jultomten (forest man) and Julnisse (small nimble dwarf). They work together. On New Year’s Eve they walk through the streets and leave gifts on the windowsills.

ENGLAND
British Father Christmas (Daddy Christmas) is not much different from Santa Claus.
Kids throw their messages into the fireplace. According to the legend with the smoke of burned letters Father Christmas gets the messages. Before going to bed children prepare a special dish for gifts from Santa and a shoe with hay for the donkey. 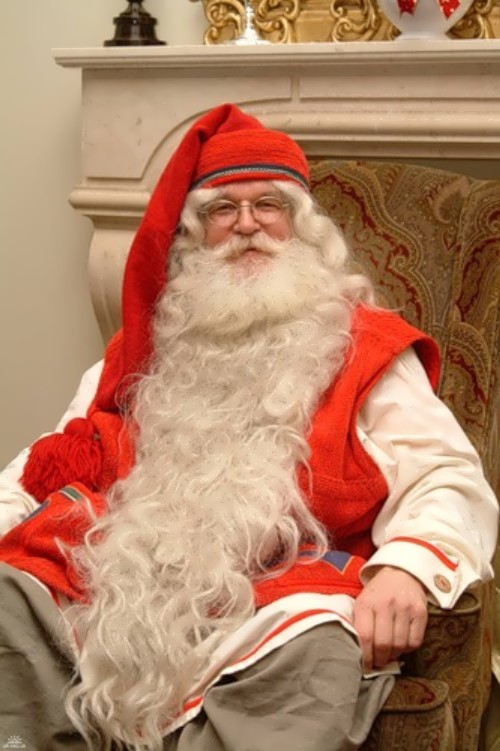 FRANCE
French have their national Christmas hero – Pere Noel. He lives in the southern provinces of France. 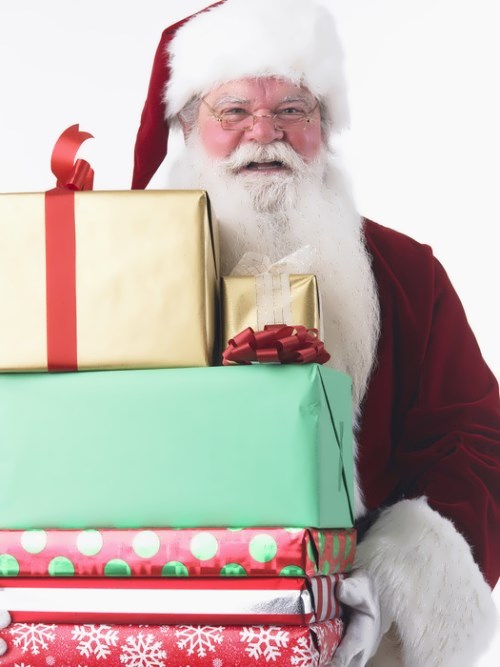 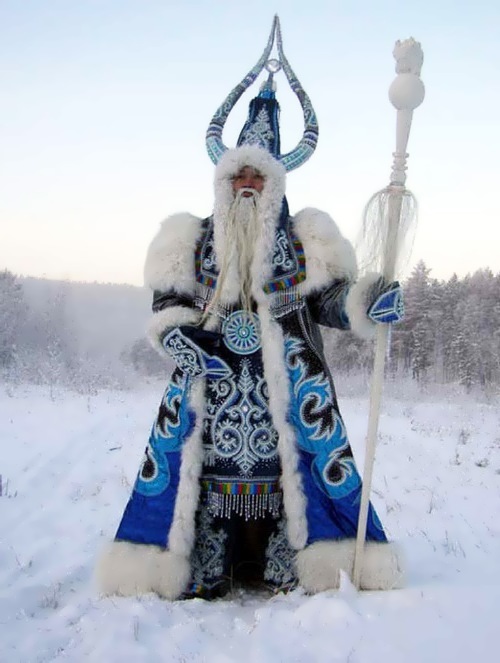 Yakut Ehee Dyl lives in the “Pole of Cold”, near the villages Tomtor and Oymyakon where winter temperature can be as low as -71,2 C. His wife Kyhyn Khotun rules in winter; three daughters Saaschaana, Sayyyna and Kyhyyney share spring, summer and autumn. Dyl has only one bull. Every fall, it (the bull) comes out of the Arctic Ocean and to the middle of winter grows its horns: the higher the horn – the lower the temperature. Yakut Santa has a foe – the lord of evil frost Chyskhaan, who wants to destroy all living things.

In MONGOLIA there is Uvlin Uvgun. He has helpers – snow girl and New Year boy. On January 1 Mongolians celebrate not only New Year but Cattleman Day. 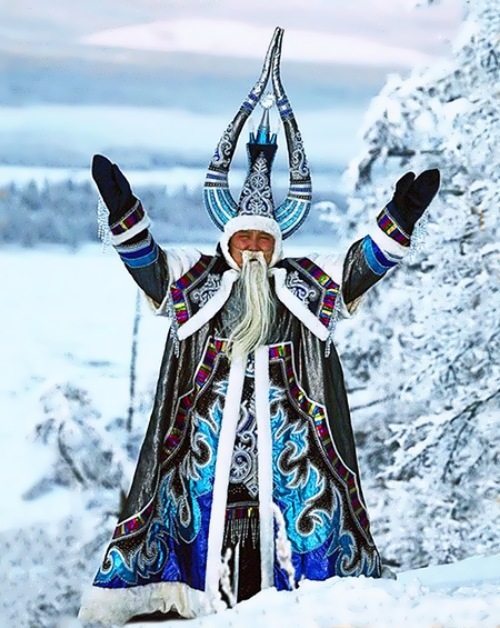 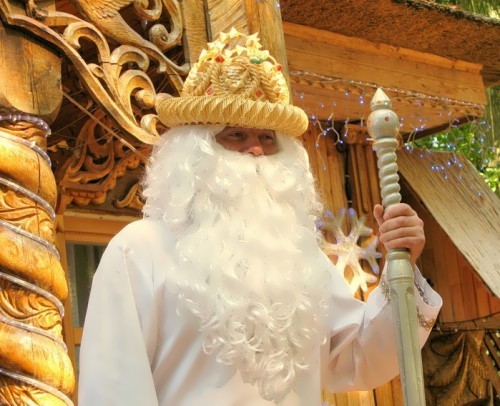 In Belarus Claus’s Palace is hidden in the Bialowieza Forest. The tallest spruce in Europe grows there. It’s a 120–year-old and 43–meter-high tree. In the forest you can see wooden sculptures of fairy tale characters, among them there are 12 Months. They say if you touch your month and make a wish, it will come true. 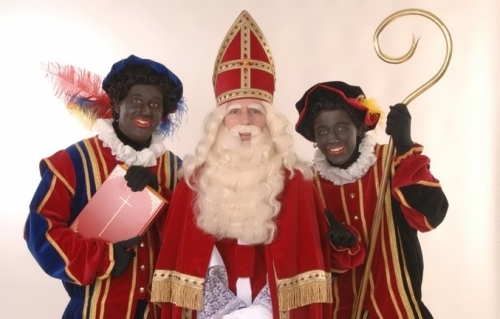 Dutch Christmas grandfather is called Sinterklaas. He wears a coat and white boots. Black Pete helps him and brings gifts for children. 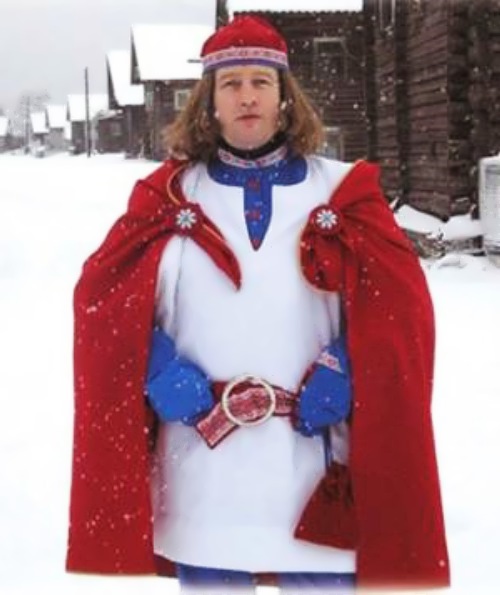 According to the legend he was born in early winter and parents named him Pakkaine, which means “Frosty” in Karelian. He traveled all over the world – because in real life Pakkaine was a merchant.

Santas are not the same! They look different, one is good and the other may chide. Everyone has their own personal way to get into the holiday home.
But, no matter what the good magician’s name is, he is being waited for around the world. In his bag he brings not only gifts and sweets, but also joy, hope and love. Believe in a miracle! 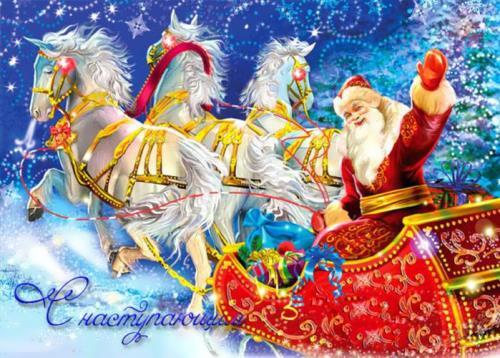