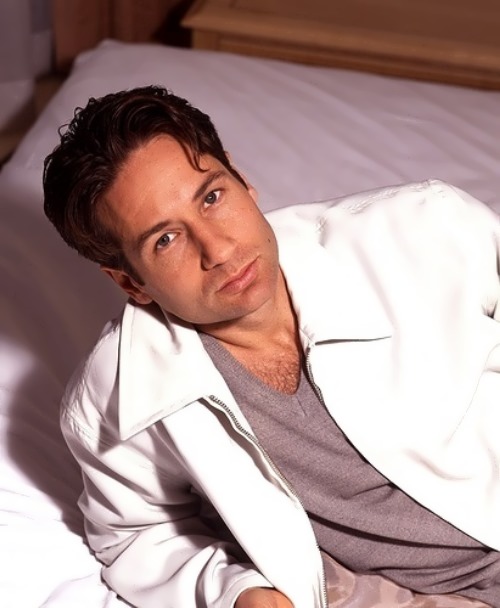 David Duchovny is a Hollywood actor who became world famous thanks to the roles of special agent FBI Fox Mulder in the series The X-Files and writer Hank Moody in the television series Californication. High level of professionalism allowed the actor to become the owner of two Golden Globes. In 2016, David received a star on the Hollywood Walk of Fame. By the way, his name means ‘spiritual’ in Russian.
David was born in New York City on August 7, 1960. His Russian-Jewish father, Amram ‘Ron’ Ducovny (yes, they spell their names differently!) is a writer. His Scottish mother is a housewife. The parents divorced 11 years after his birth. The boy was raised by his mother, along with his sister Laurie and his brother Daniel.
The boy studied at the prestigious school in New York along with John Kennedy, Jr., who died in a plane crash in July 1999. After school he entered the Princeton University. Then he studied English Literature at the Yale University and worked as a teaching assistant.
David was working at his PhD thesis at Yale when one of his friends suggested that he should try acting classes.
Handsome boy appeared in a TV commercial for Lowenbrau beer and earned $9.000. It was twice as much money as he made as a teaching assistant.

Duchovny’s PhD thesis Magic and Technology in Contemporary Fiction and Poetry was never finished. He moved to Hollywood. His mother was angry when he had given up studying.
David’s first year in Hollywood was very hard. He was unemployed and could hardly make both ends meet.
A year after the debut in the film Business Girl, director David Lynch drew attention to him and invited to play in the mystical TV series Twin Peaks. After this episodic role the rising star of Hollywood received an invitation to play in the TV series Red Shoe Diaries.
His work in the movies attracted the attention of Chris Carter, the famous creator of The X-Files.
A TV series weren’t in Duchovny’s plans, but he was impressed by the script for The X-Files. So he became agent Fox Mulder and Gillian Anderson played his partner Dana Scully.
David is often asked if he believes in UFOs. “I don’t know if we’ve been contacted or the aliens have landed,” he says with a shrug, “but it would seem rather odd to me it this planet is the only one in the universe with life on it”. 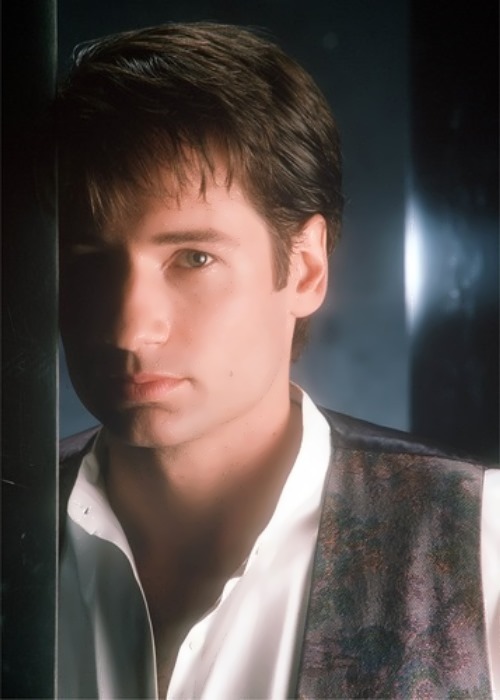 In 2007, the actor began playing in the TV series Californication. And in 2014, the audience saw the final 7th season of the TV series.
In the summer of 2015, David and Gillian Anderson worked on a new season of X-Files, which was premiered on January 24, 2016. The new season of the series consists of 6 episodes.
Actress Demi Moore and Duchovny played in the comedy drama The Joneses.
Moreover, the actor released his first music album Hell or Highwater in 2015.
You know, David is fond of sports. He played basketball and baseball at school and university. He keeps in shape with jogging and yoga exercises.
Actually, Duchovny is a former vegetarian and, as of 2007, is a pescetarian.
In 2017 the audience saw Duchovny in the film Twin Peaks: Return. The first two episodes of the popular American series were presented at the Cannes Film Festival. 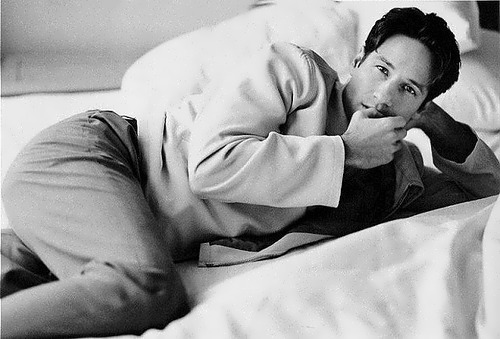 By the way, he writes poetry, but, as he says, he does not read it in public anymore.
Here is one of David Duchovny’s poems.
Home is where the heart is and my heart is
out traveling. Up into the wild blue yonder,
wingless, prayerful that this miracle of flight
will not end, just yet.
Also at home, with you. On the ground
wherever you might be at the moment, grounded
like a highschooler, like a wire, a bird and a wire,
feet on the ground and my heart in my throat now, now
in my feet, lawfully descending with gravity
to the lower, lowest, most sought after
most beautifully bound, home.
Aspirations involve reparations. We reach
for the stars wondering what we are.
But my Reason has been found
by finding you and looking down. And it is there,
not in the stars of fantasized worlds, fifth
dimensions, sixth senses, holy parallel potentates of
potentialities — that my feet will trace
their slow as history itself dance:
a walking calligraphy so subtle that it will take 40 years
and more and a view from above
with an impersonal remove and lofty attachment I hope
to barely fall at that mythical two-backed beast; itinerant
statis;
like the one I enjoy up here in the well attended air,
о read the cursive strokes of my aggregate footsteps,
like some fairy tale dissolve, “Once upon a time ” or twice
written on our little page of earth, ground,
where our home may be
will be
wherever we happen
to be.
(From Speak out 6\1999)

Personal life
According to David, he suffers from hypersexuality, like Hank Moody, his hero in TV series Californication. Here are five main women in the life of David Duchovny

Tea Leoni
David married actress Tea Leoni on May 6, 1997. In April 1999, Leoni gave birth to their daughter Madelaine West Duchovny. Their second child, son Kyd Miller Duchovny, was born in June 2002. On October 15, 2008, Duchovny’s and Leoni’s representatives issued a statement that they had separated. After getting back together, they split once again on June 29, 2011. 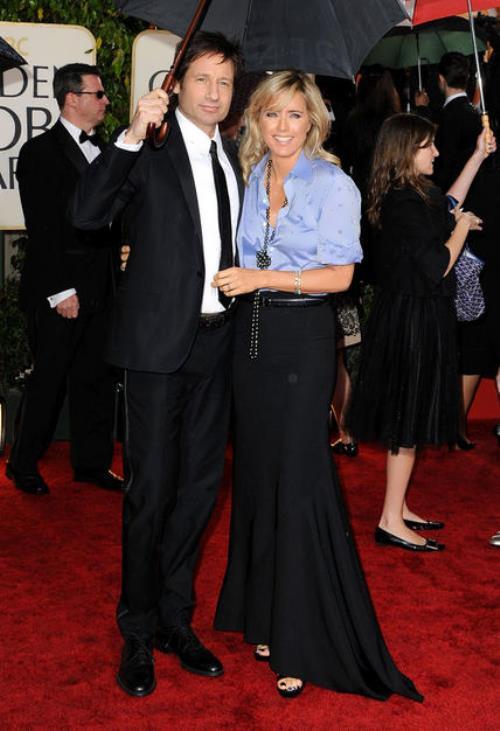 Gillian Anderson
They co-starred in the TV series X-Files. However, their love affair was short-lived. 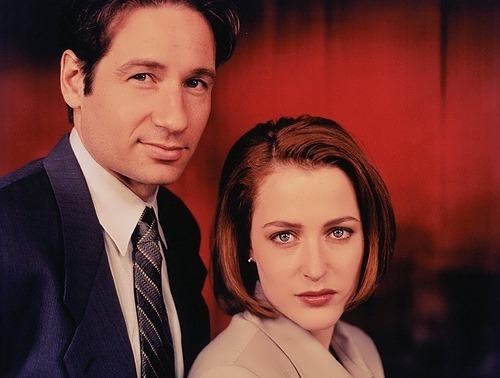 Duchovny and Anderson in X-Files

Perry Reeves
Actress Perry Reeves also played with David in X-Files. She played the role of a vampire, who had affair with Mulder. 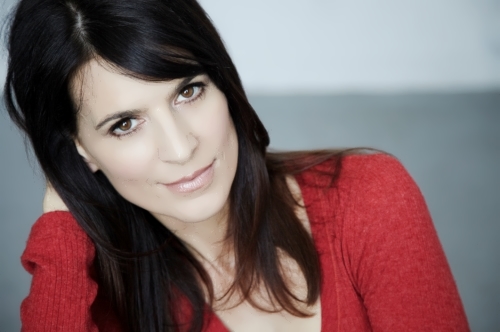 Winona Ryder
Actors often appeared together, but denied rumors about their affair. 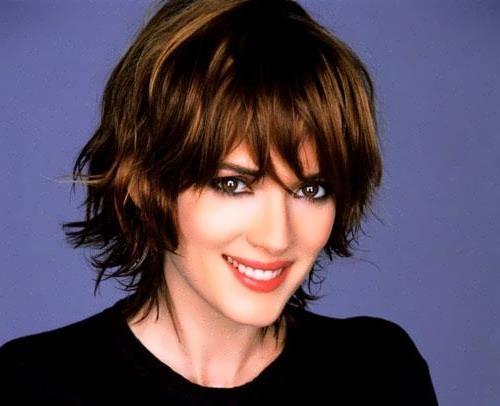 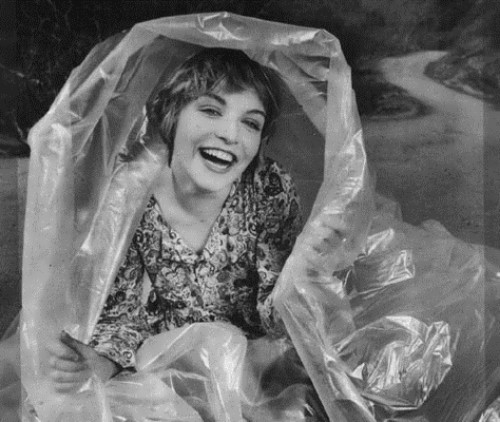 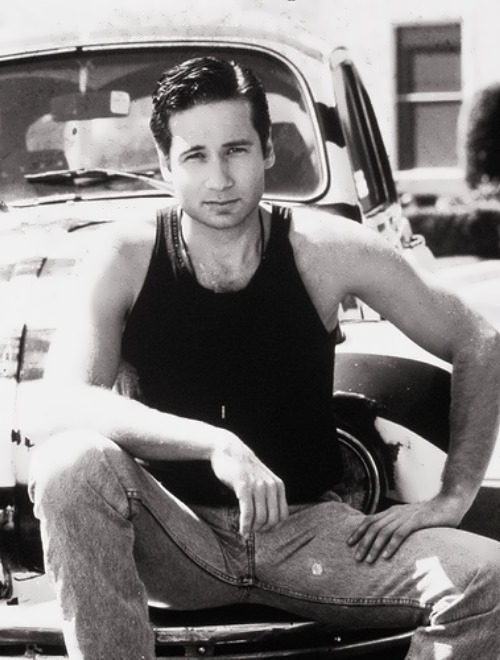 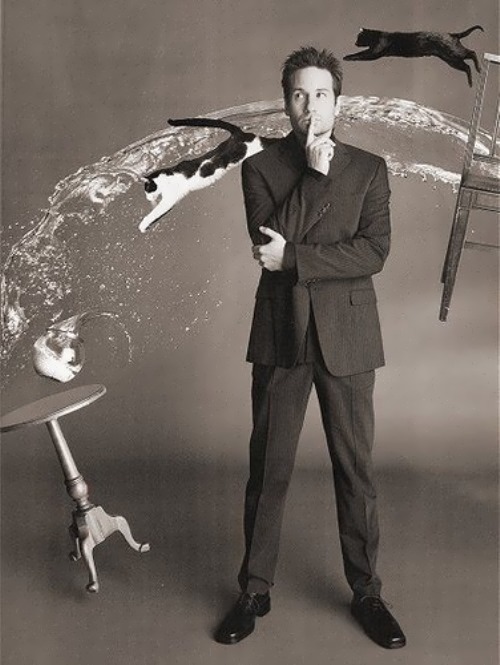 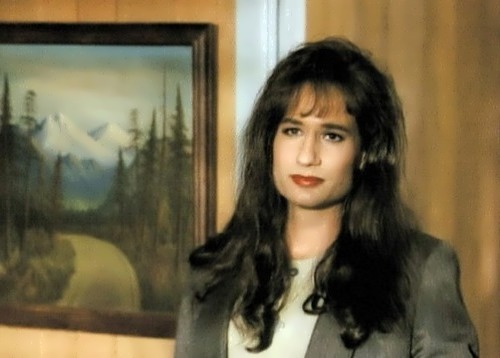 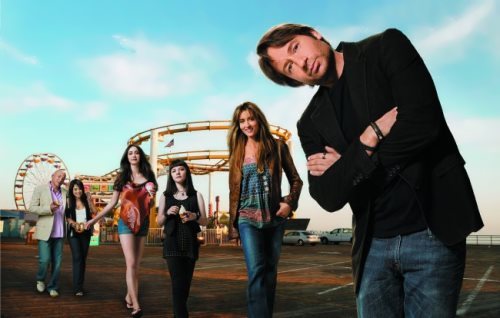 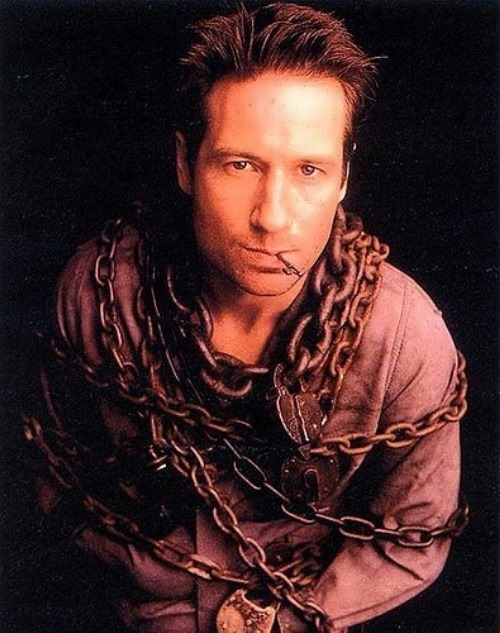 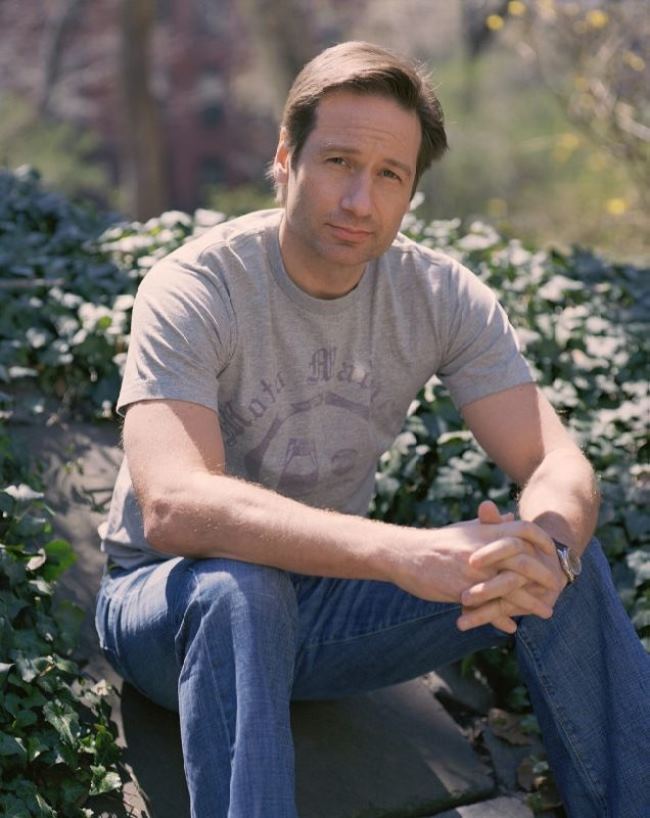 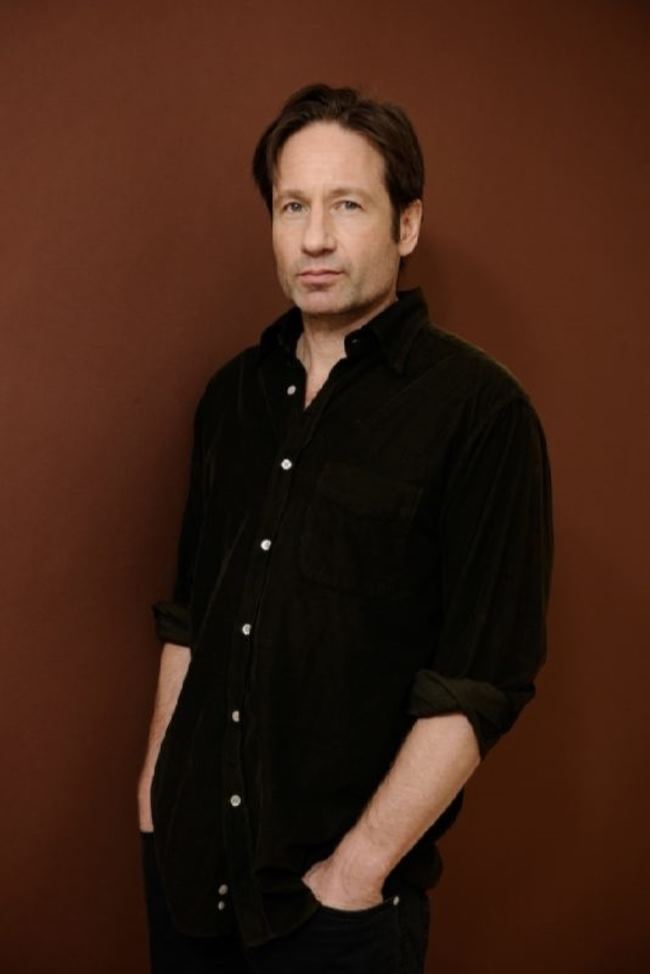 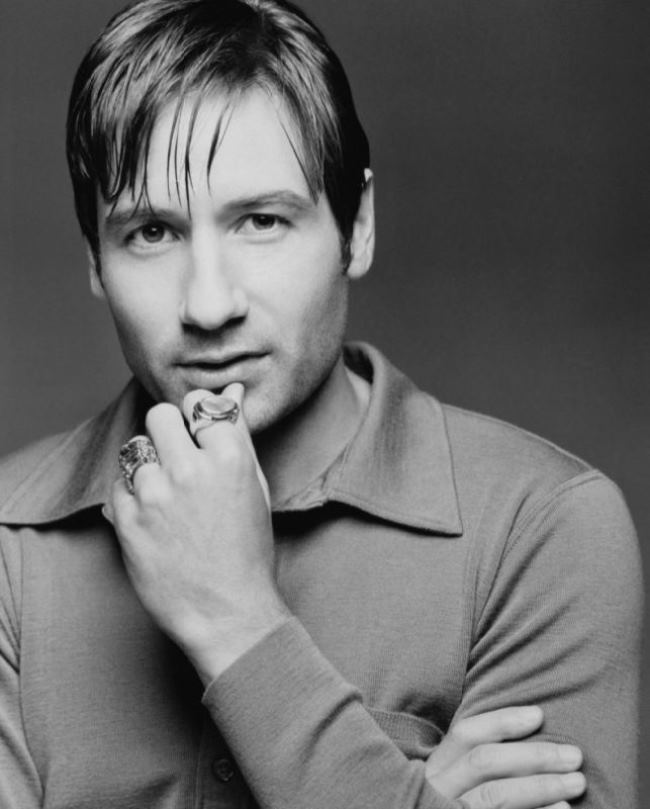 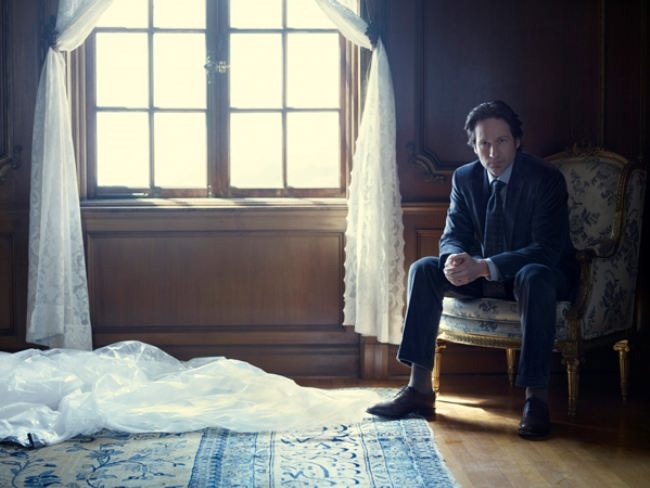 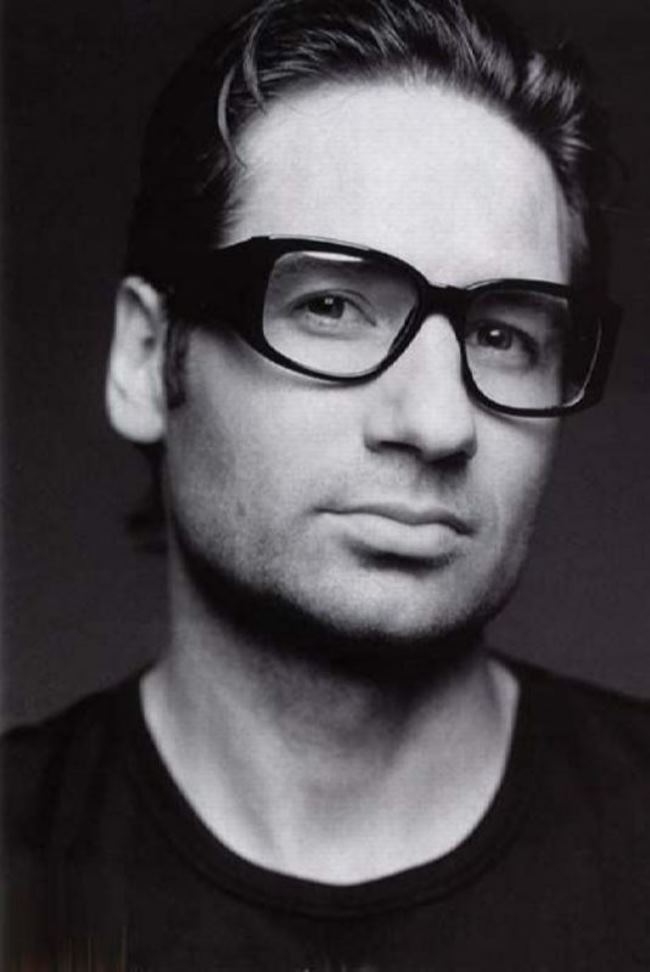 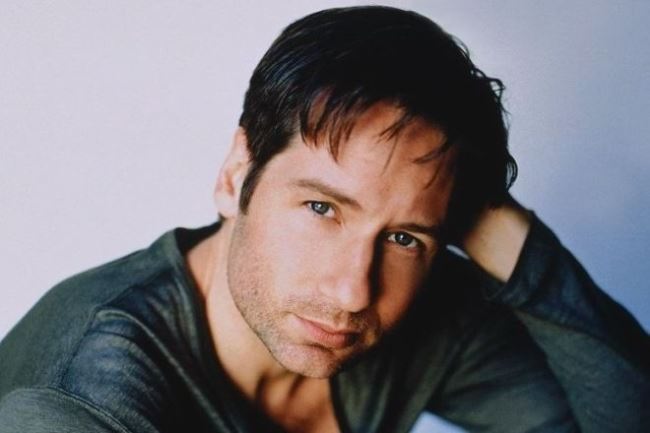 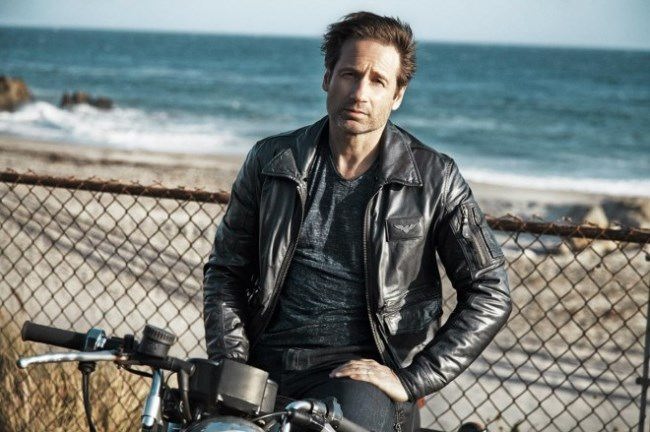 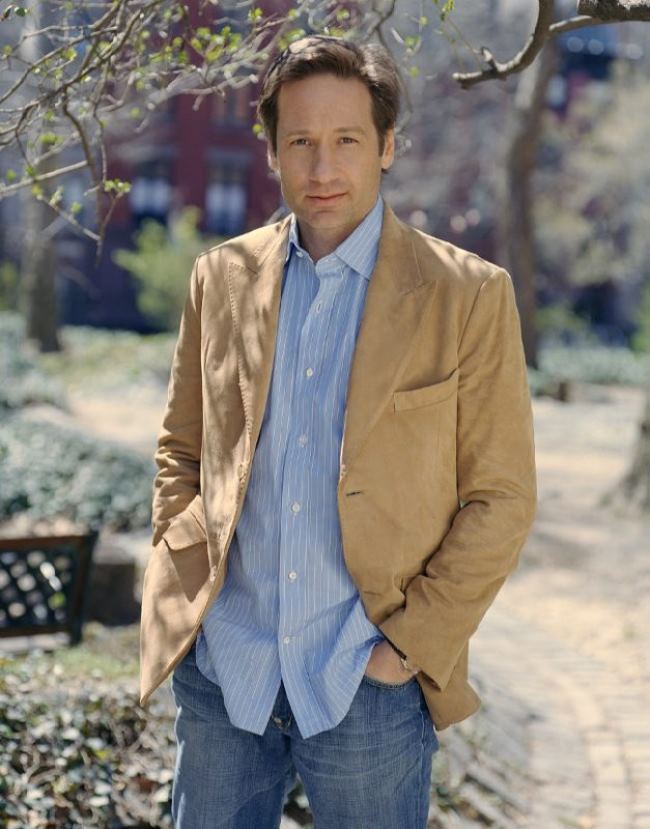 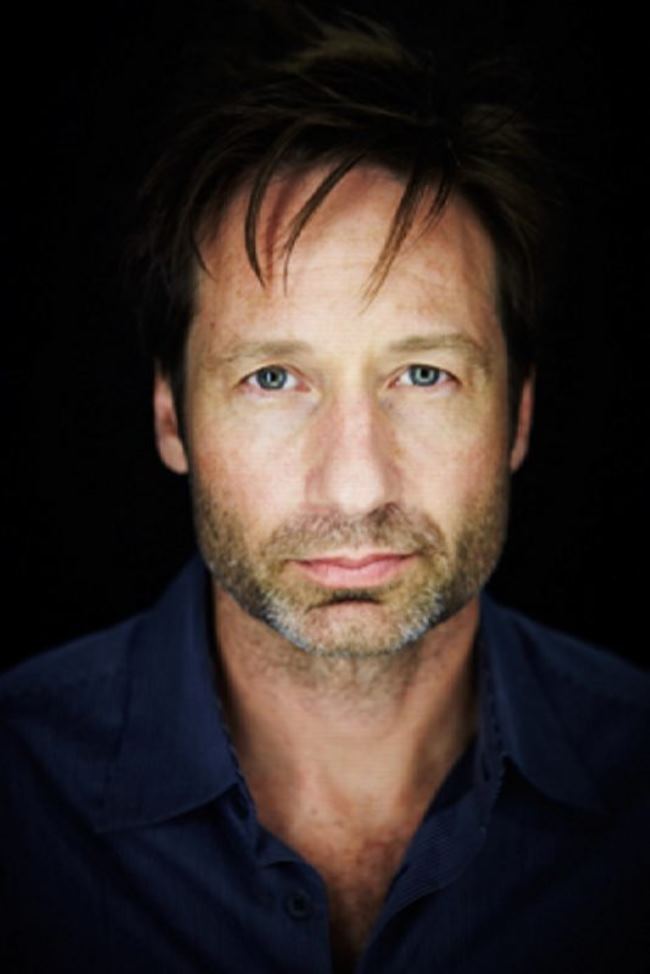 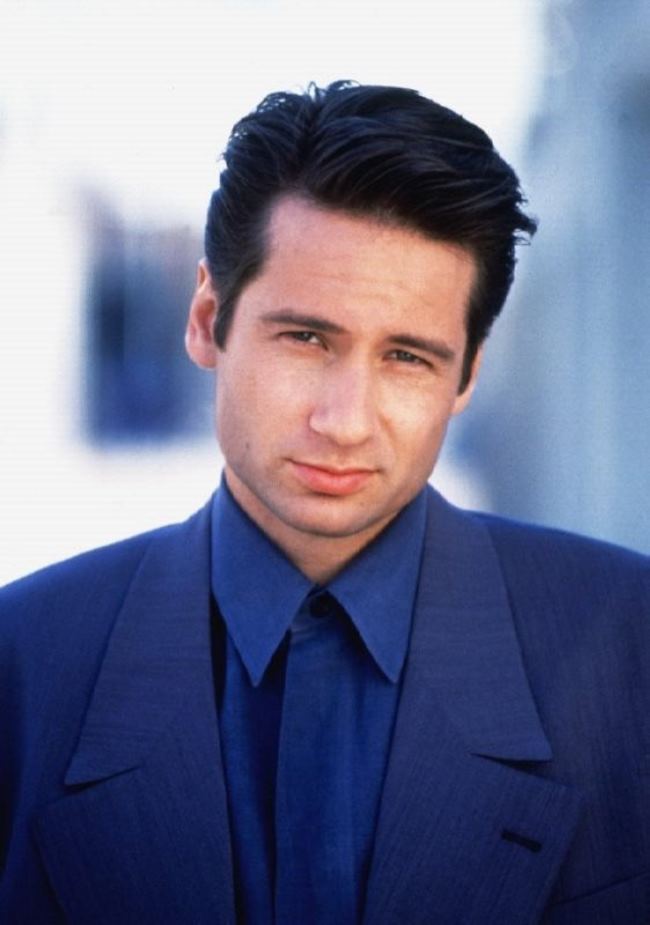 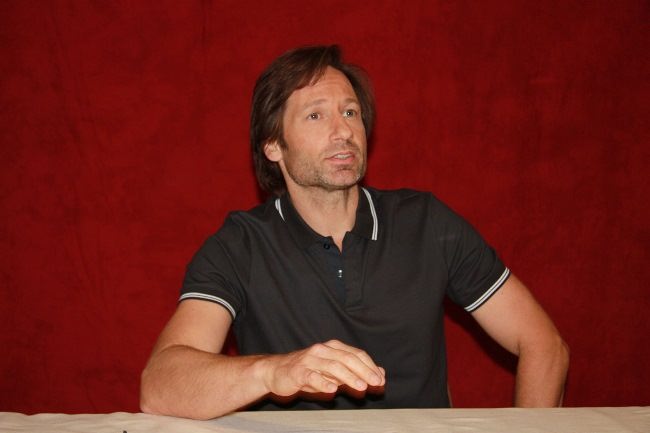