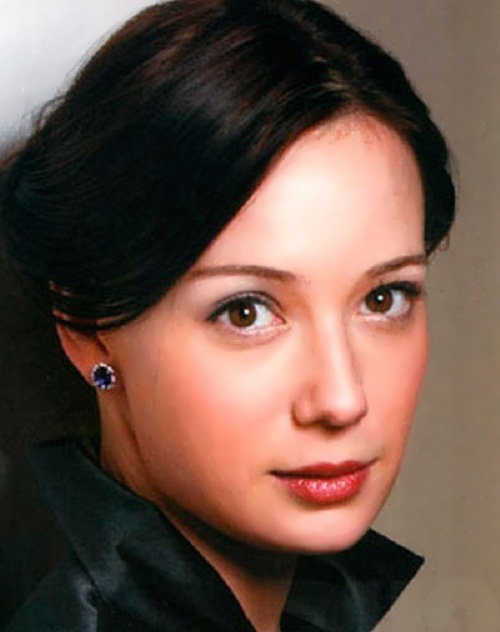 Chulpan Khamatova is a Russian theater and film actress, TV presenter, People’s Artist of Russia (2012), Laureate of the State Prize of Russia (2004). By the way, she is a leading actress of the Moscow theater Sovremennik, winner of numerous theater and cinema awards. In addition, she is one of the founders of the charity fund Give Life. Khamatova was a member of the Public Chamber of the Russian Federation.
Beautiful girl was born on October 1, 1975 in Kazan, USSR into the family of engineers. Chulpan means the “dawn star” in Tatar. Talented actress has younger brother Shamil (born in 1985), who is also an actor. In her childhood the future actress was engaged in figure skating. After graduating from school she entered the Kazan theater school. Later, her teachers advised to continue her studies in Moscow and Chulpan entered the Russian Academy of Theatre Arts.

In 1998, the young actress was invited to join the Moscow theater Sovremennik. The role of Patricia Holman in Three Comrades by Erich Maria Remarque was her debut one.
Her debut role in the movie was in Vadim Abdrashitov’s film The Time of the Dancer. For this role Chulpan was nominated for Nika as Best Actress. One of her brightest roles was Rita in Valeri Todorovsky’s Land of the Deaf. To tell the truth, she even learned sign language for this role. Moreover, she was recognized as one of the most talented young actresses of the Russian cinema.
As well, Chulpan was a presenter of the talk show Another Life, co-host of the program Sight and co-host of the TV program Wait For Me.
Besides, Khamatova participated in the TV show Ice Age paired with figure skater Roman Kostomarov and they became the winners.
What is more, the actress starred in the music video for DDT’s song Where Are We Going and Night Snipers’ song Come To Me.
Asteroid (279119) was named after the actress in 2012.
At the Olympic Games in Sochi she was one of those who carried the flag at the Olympics opening ceremony in 2014.

Personal life
Her first husband (1995-2002) was Ivan Volkov (1974), actor, son of the actress Olga Volkova and actor Nikolai Volkov. On April 4, 2002 Chulpan gave birth to her daughter Arina.
Ballet dancer Alex Dubinin became her second husband. Their daughter Asya was born in 2003.
Actor and director Alexander Sheyn was her third husband. On April 27, 2010 the actress gave birth to her third daughter Iya. There was information that Khamatova and Sheyn broke up in October 2017.
Her official site 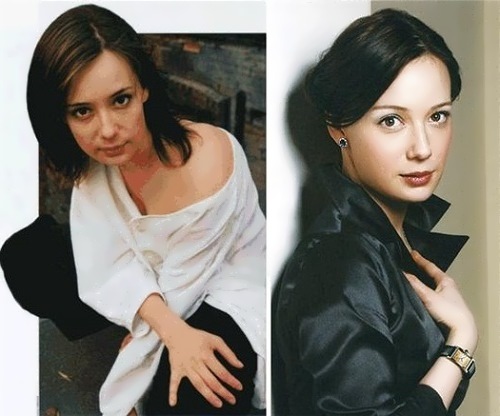 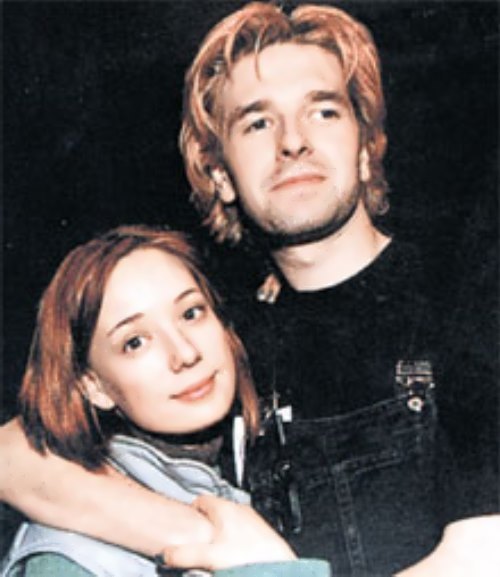 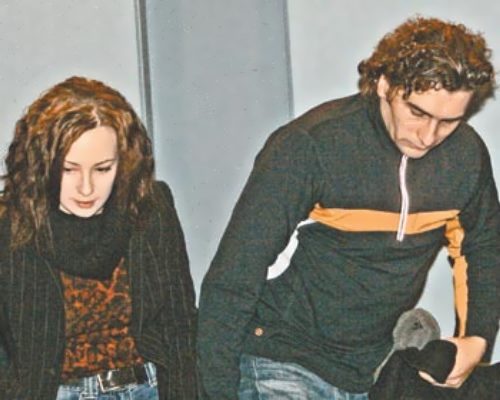 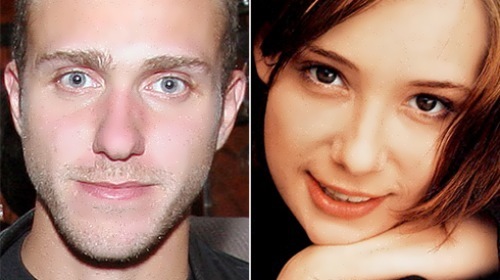 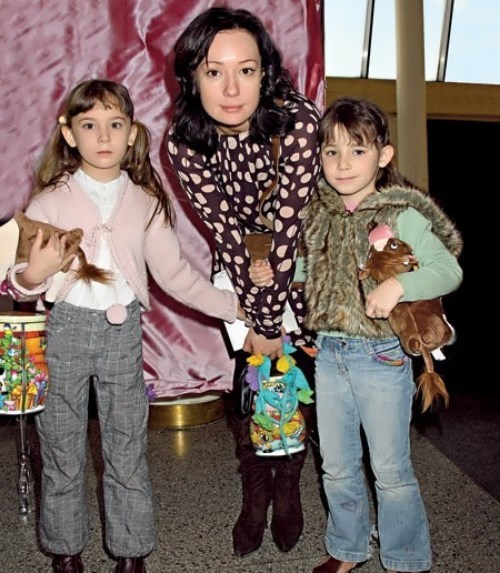 Magnificent Russian actress and her daughters 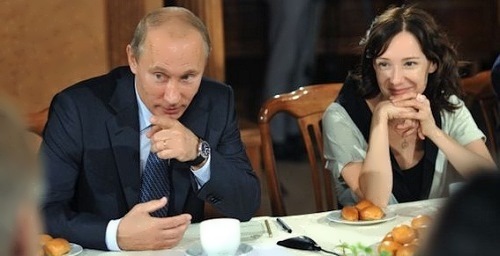 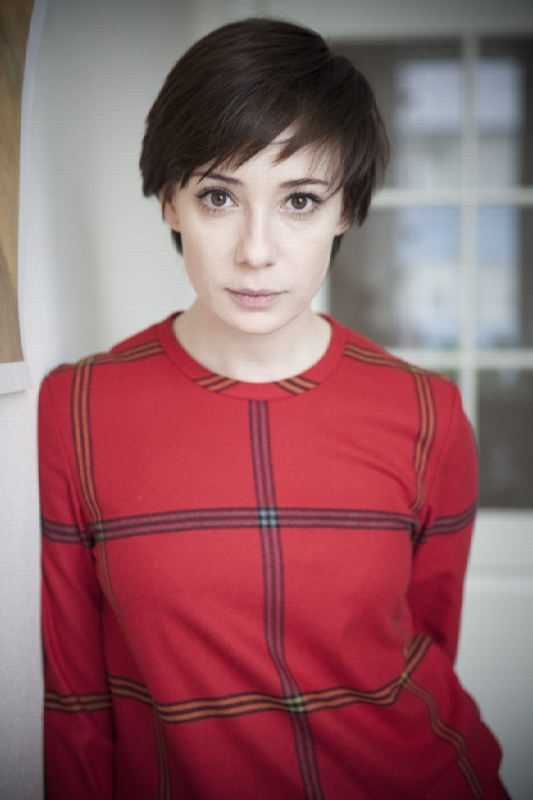 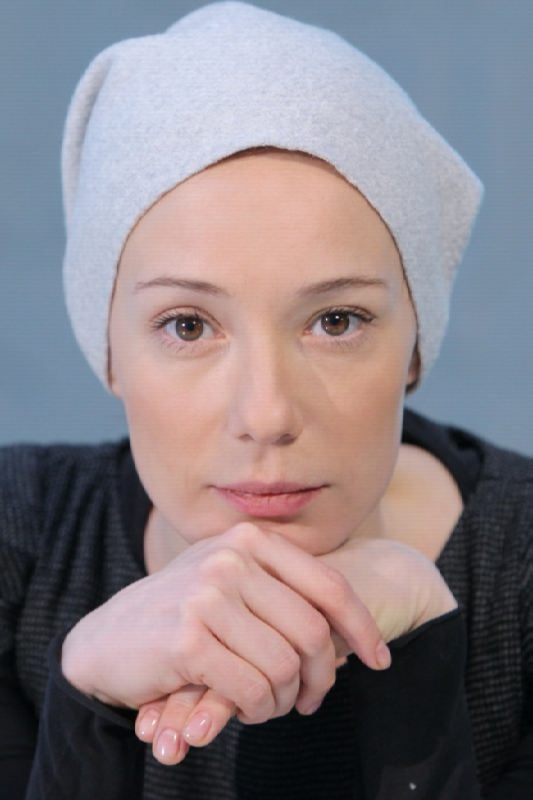 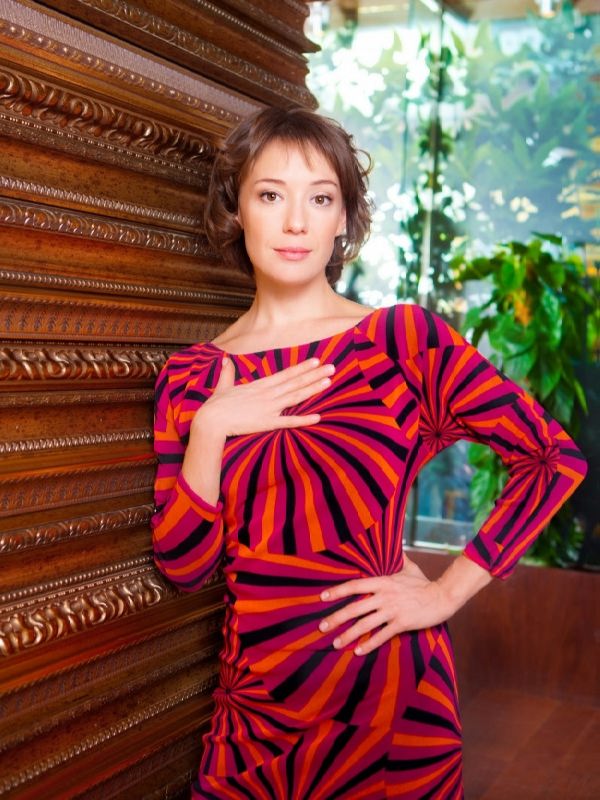 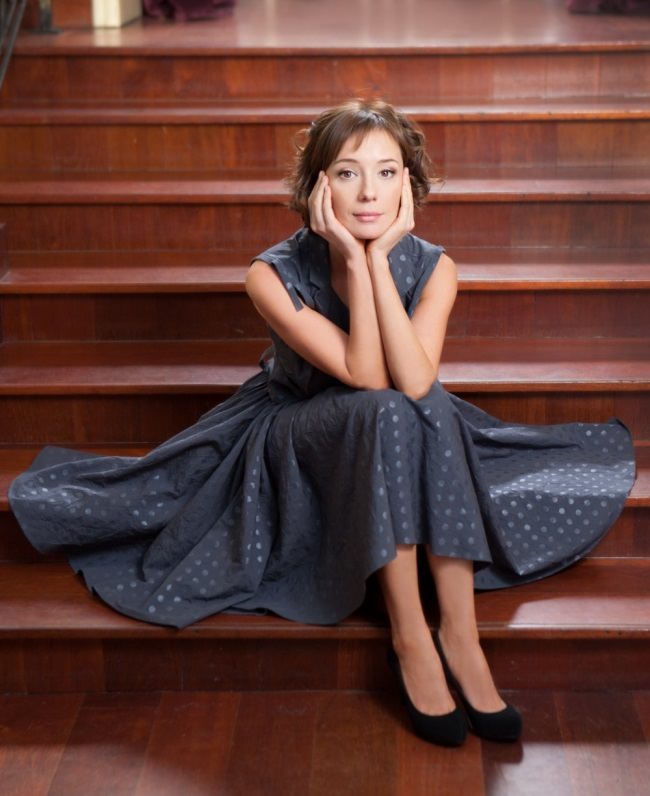 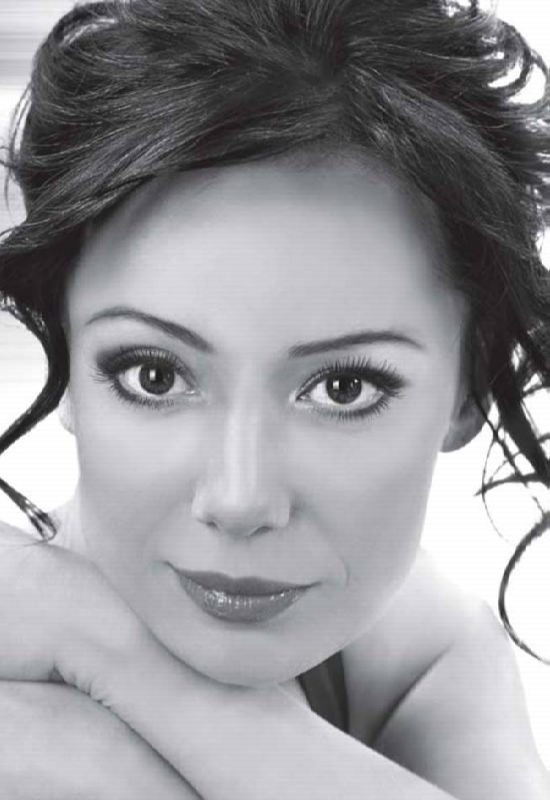 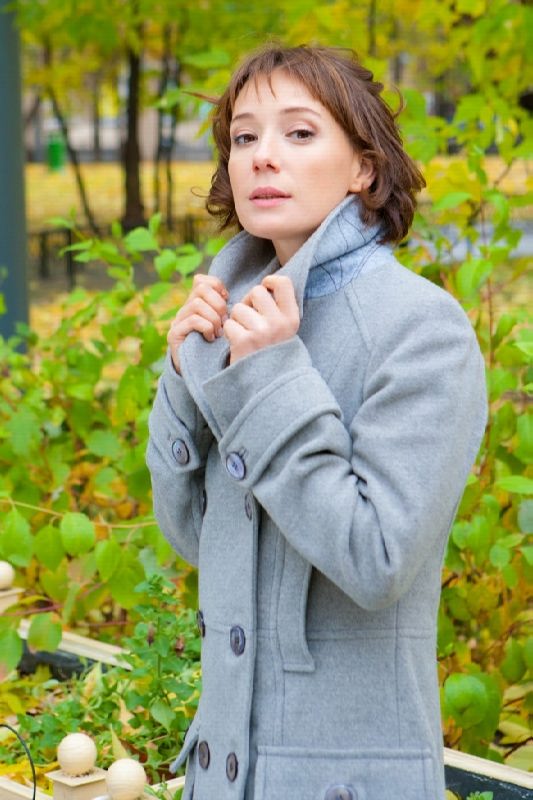 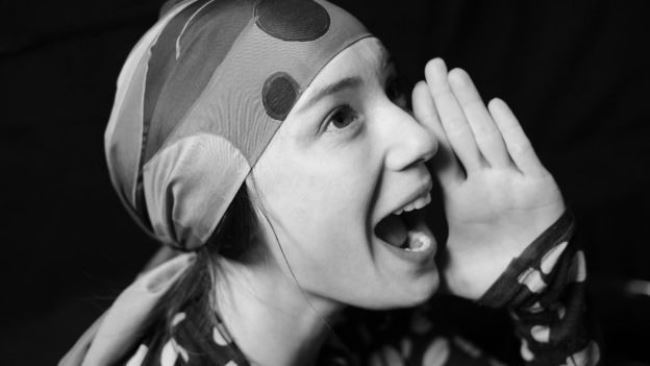 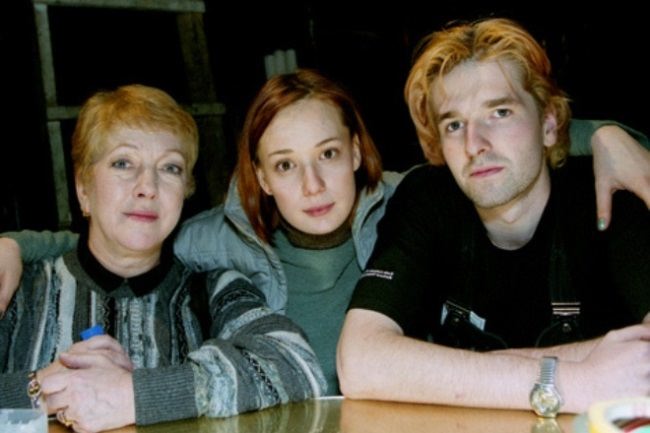 Chulpan with her first husband and mother-in-law 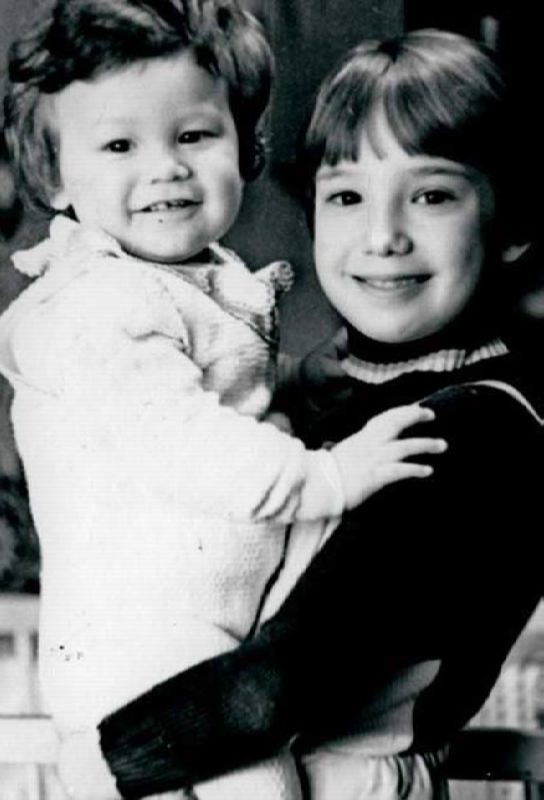 Cute Khamatova and her brother in childhood 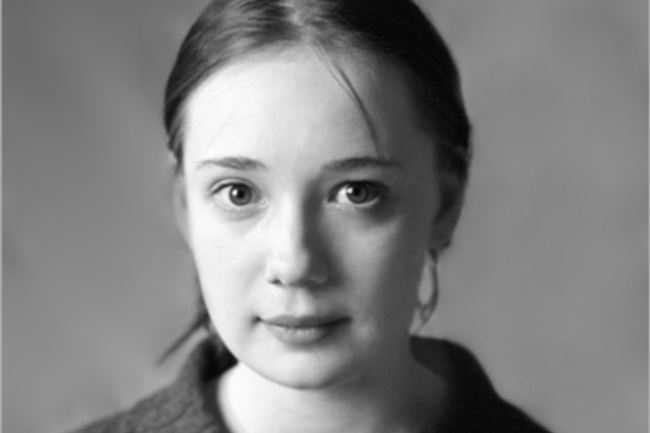 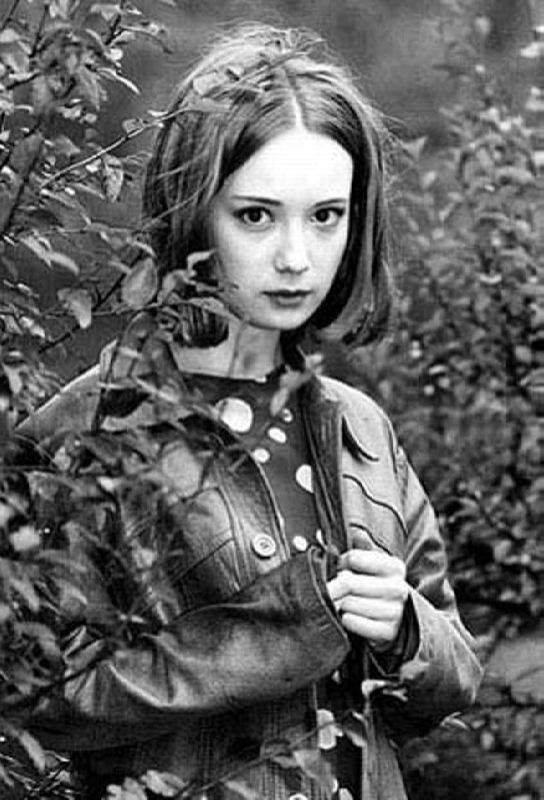 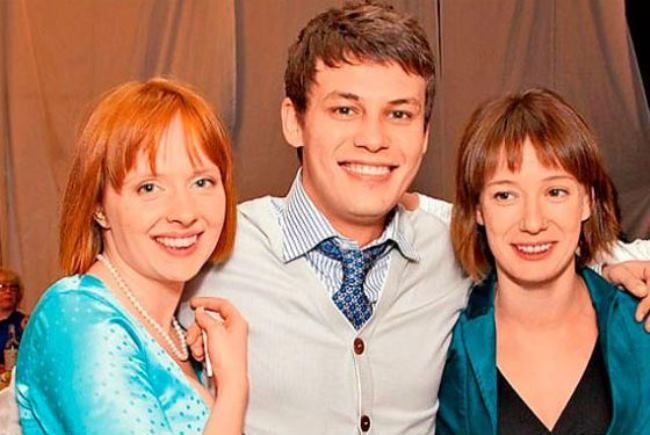