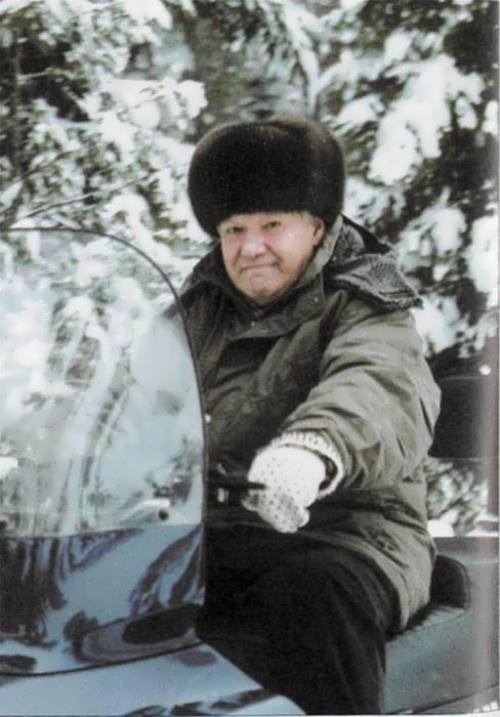 Boris Yeltsin was a statesman who went down in history as the first president of Russia, and also as a radical reformer of the country.
The boy was born on February 1, 1931 in Sverdlovsk (now Yekaterinburg) into a simple working-class family. His father Nikolai Ignatievich was engaged in construction, and mother Claudia Vasilyevna was a dressmaker. Soon after the birth of Boris his father was repressed, the boy along with his mother and brother Mikhail lived in Berezniki, Perm Region.
At school the future president studied well and was a class activist. After school Boris became a student at the Ural Polytechnic Institute.
Because of the trauma Boris didn’t have two fingers, so he was not called to serve in the army. But this did not prevent him to play volleyball, became Master of Sports and play for the national team of Yekaterinburg. After the university, Yeltsin worked as a joiner, painter, concrete worker, carpenter, mason, glazier, plasterer and crane operator. By the mid-sixties he had already headed the Sverdlovsk house-building plant. In those same years Boris Nikolayevich became a delegate to the city conference of the Communist Party, then first secretary of the Sverdlovsk Regional Committee of the CPSU. And by the beginning of the 1980s Boris became a member of the Central Committee of the Party.

The successes of Boris as secretary of the regional committee were noted both by the leadership and by the inhabitants. After moving to Moscow, Boris Nikolayevich solved the construction problems already at the all-Union level. His energy and active style of work raised the popularity of the statesman in the eyes of Muscovites.
At the Plenum of the Party in 1987 Boris criticized a number of officials who, in his opinion, hampered the restructuring of Mikhail Gorbachev. The reaction of the government was unambiguously negative, which led to the resignation of the politician who dared openly express his opinion and transfer him to the post of deputy chairman of the USSR State Construction Committee. But the country’s leadership did not take into account that the disgrace of Boris Nikolayevich would lead to a phenomenal growth of his authority among the people. When in 1989 Boris was running for deputies in the Moscow region, he collected over 90% of votes. Later, the politician would become a chairman of the Supreme Soviet and the first president of the RSFSR.
After coup d’état attempt on August 19, 1991, known today as the August putsch, Mikhail Gorbachev was dismissed. No matter how the fellow citizens treated Yeltsin’s future activities, he managed to save the country from a possible civil war. As a result, Boris Nikolayevich became the head of the first Russian government in history, and signed the Belovezhskaya Agreement on the liquidation of the USSR. 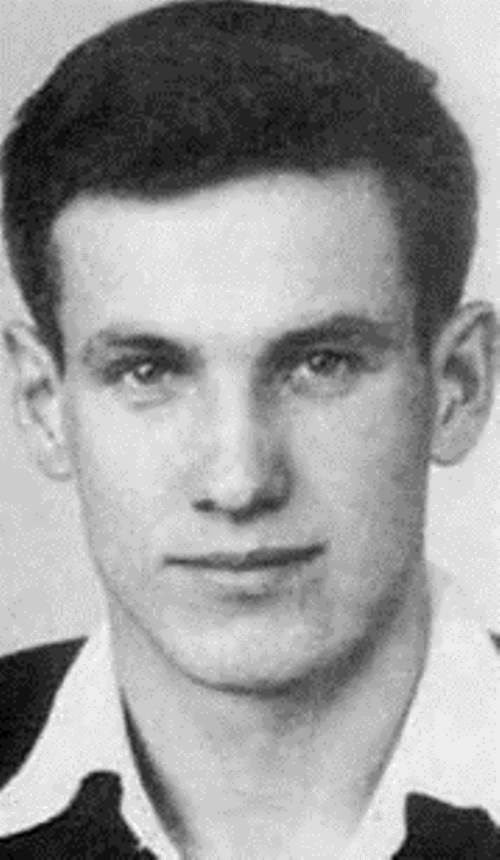 The first years were hard for Russia and the adoption of the new Constitution improved the situation in the society. The main disadvantage of the first president of Russia was the assumption of armed actions in Chechnya, which led to a long war. He tried to stop the war, but this problem was solved only by Vladimir Putin in 2001.
In foreign policy, it was important for Yeltsin to establish relations with Western countries, as well as to build a dialogue with the former socialist republics. Therefore, the president of the Russian Federation approved the deployment of NATO bases in Poland, the Czech Republic and Slovakia. Also he announced the disarmament of Russia in the direction of the cities of the United States. Boris had friendly relations with American President Bill Clinton.
You know, Yeltsin did not plan to participate in the 1996 presidential election, but he could not allow the Communist Party to win. A pre-election program was launched with the slogan Vote, Or You Will Lose, during which Yeltsin visited many cities of Russia. Igor Nikolaev, Irina Allegrova, Leonid Agutin, Lyudmila Gurchenko, and others stars, participated in the agitation.
In elections in 1996, the president defeated the main rival Gennady Zyuganov. After the election, the president focused on stabilizing the economy and the social sphere. The government tried to liquidate huge debts on wages, corruption and arbitrariness of officials, to introduce rules for bankers and entrepreneurs, to activate small business. 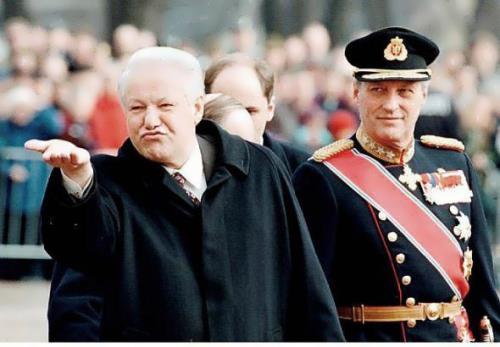 Yeltsin had problems with health and had to undergo coronary artery bypass surgery. The 1998 world financial crisis did not improve the mood of the president, which became even more disastrous for Russia than for the world community, as huge mistakes and miscalculations in the economy came to the surface. As a result – multiple devaluation of the ruble, default and bank collapse. On the other hand, just during that period, the dominance of foreign goods on the market was replaced by domestic production.
During the New Year’s TV congratulation on December 31, 1999 Yeltsin announced his resignation. However, he continued to participate in the public life of the country. In 2000, Boris created a charitable foundation, periodically visited the CIS countries. In 2004, former head of the president’s guard, Alexander Korzhakov, published a book of memoirs Boris Yeltsin: From Dawn to Dusk, where he presented interesting facts from the biography of the president. 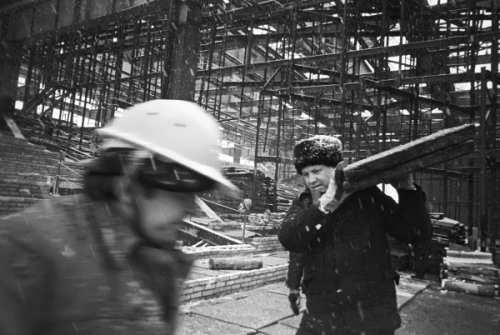 Personal life
After graduation from the Polytechnic Institute Boris married Naina Girina. The wife of Yeltsin worked as a project manager at the Vodokanal Institute. They got married in 1956, and a year later their daughter Elena was born. Three years later Boris and Naina became parents again, their daughter Tatiana was born. Later, the daughters gave the president six grandchildren. The most popular of them was Boris Yeltsin, Jr., who at one time was the marketing director of the Russian Formula-1 team. And his brother Gleb, born with Down syndrome, in 2015 became the European champion in swimming among people with disabilities.

The first president of Russia died on April 23, 2007. The official cause of death was called cardiac arrest. Yeltsin was buried with military honors at the Novodevichy Cemetery, and the funeral process was broadcast live by all state-owned TV channels. On the tomb of Yeltsin a gravestone is erected. It is made in the form of a boulder, painted in the colors of the national flag.
In 2011 documentaries Boris Yeltsin. Life and Fate and Boris Yeltsin. The First were released. 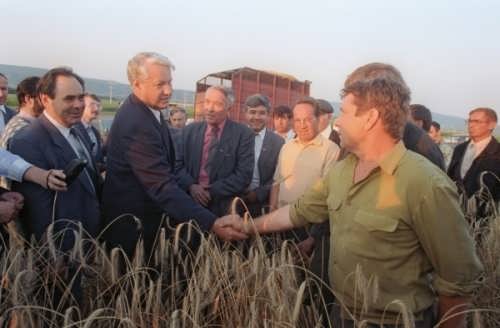 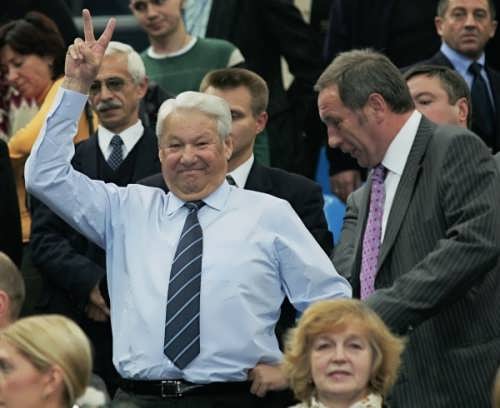 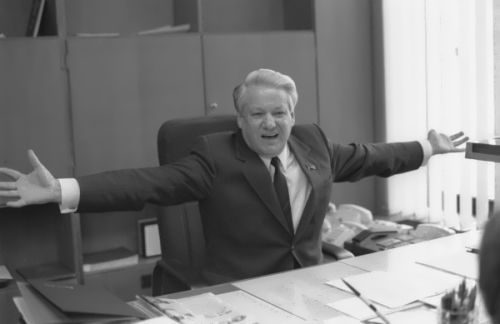 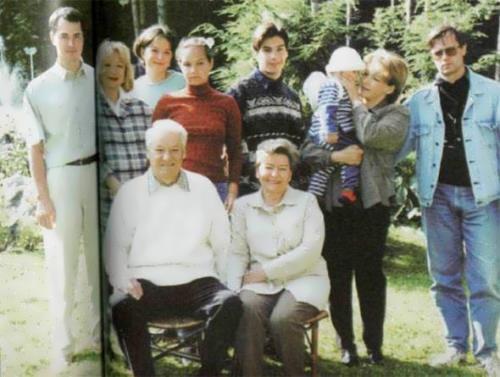 Notable Boris Yeltsin and his family 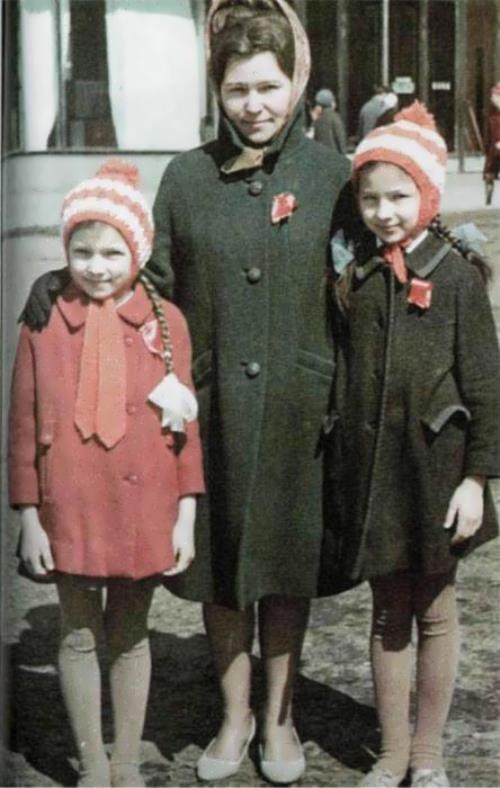 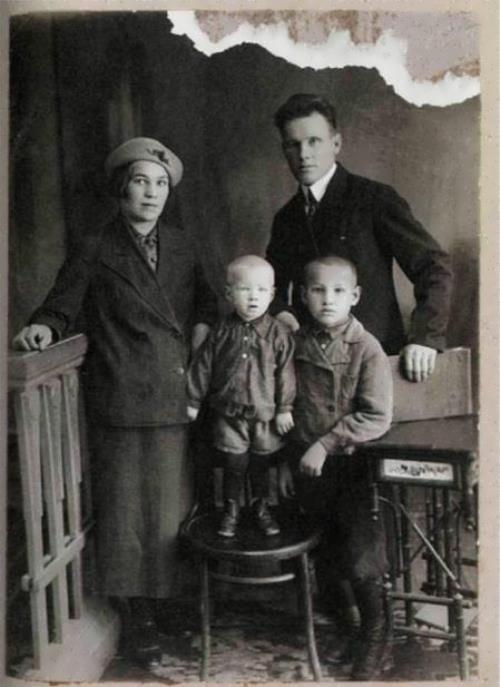 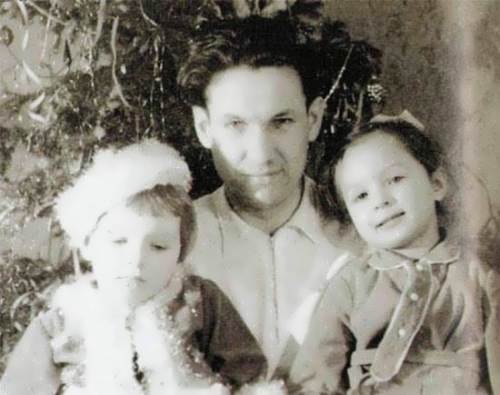 Yeltsin and his daughters 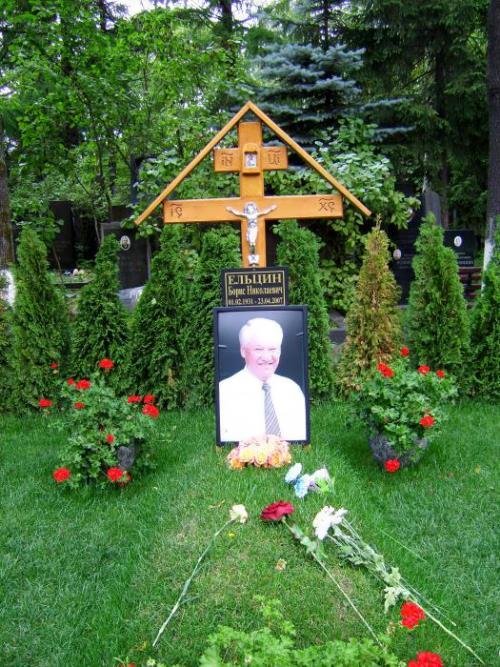 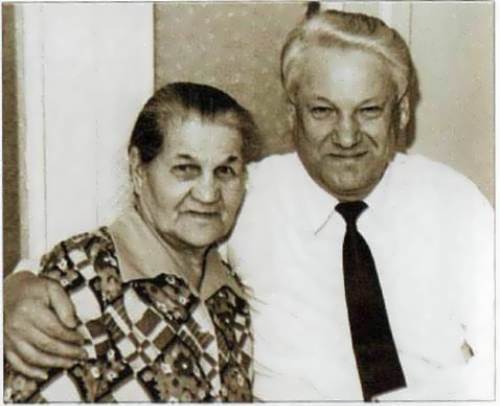 Interesting Boris Yeltsin and his mother 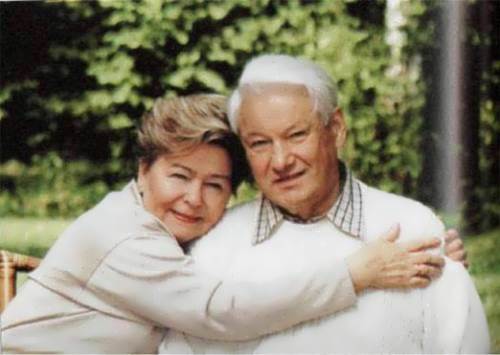 Great Boris Yeltsin and his wife 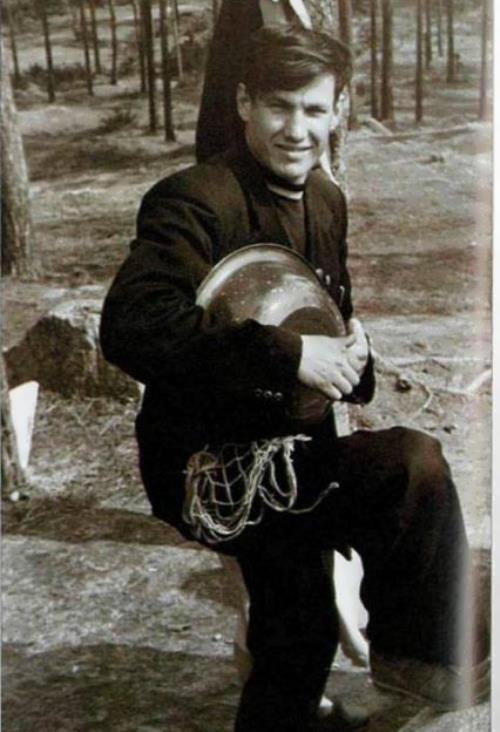 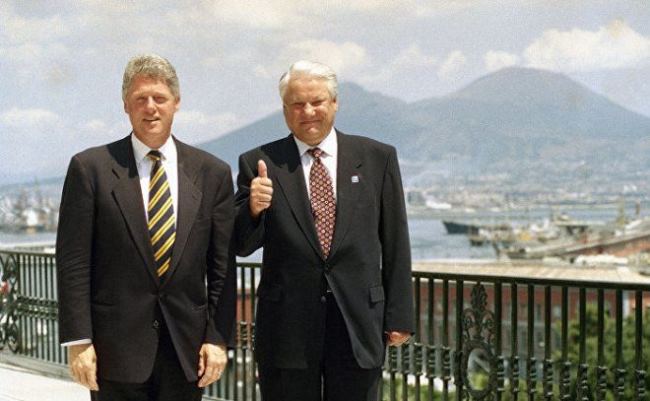 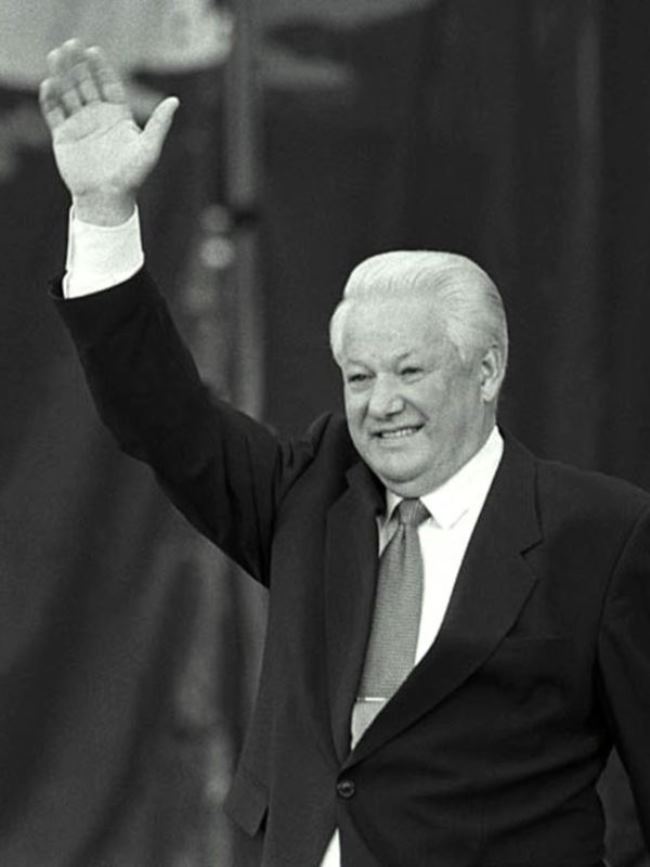 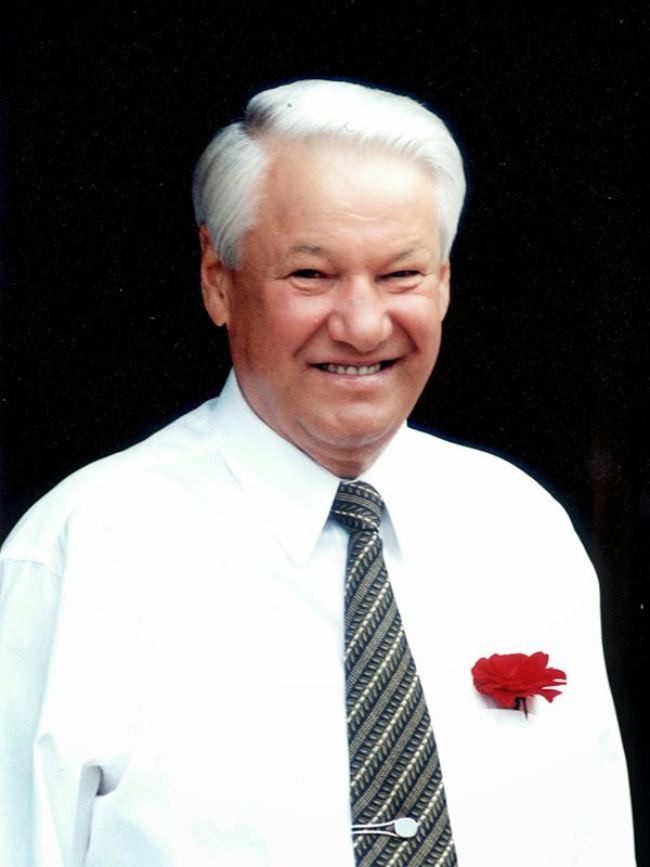 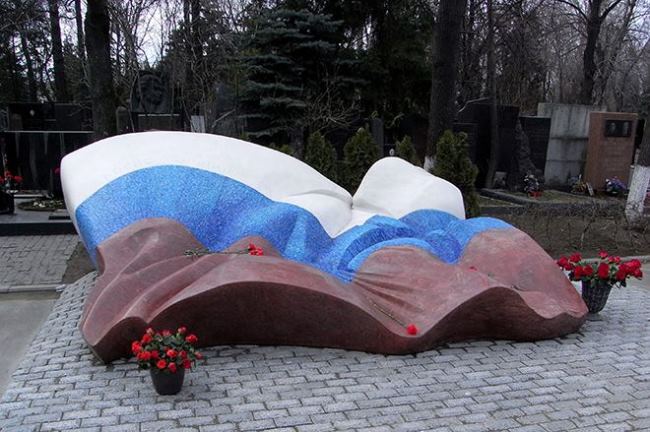 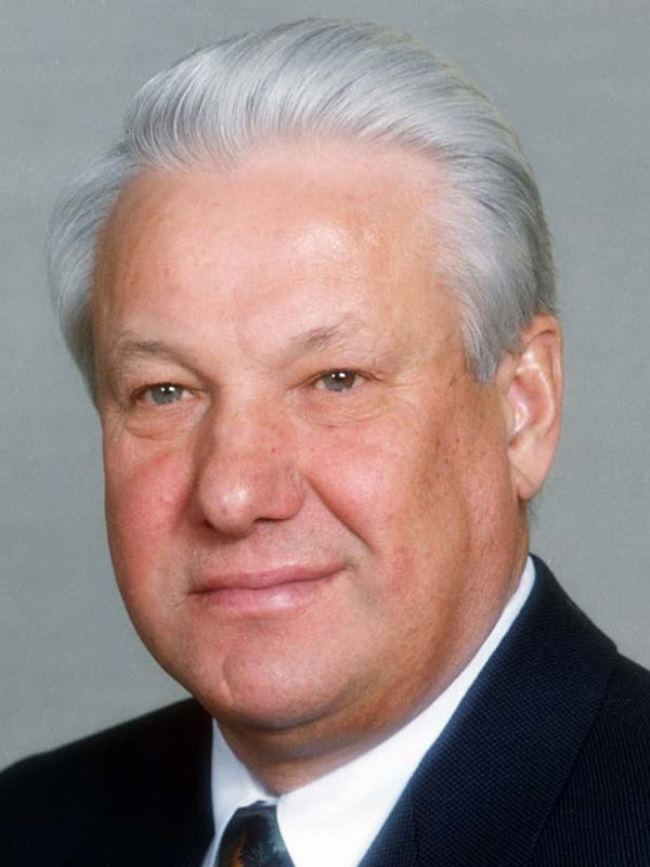 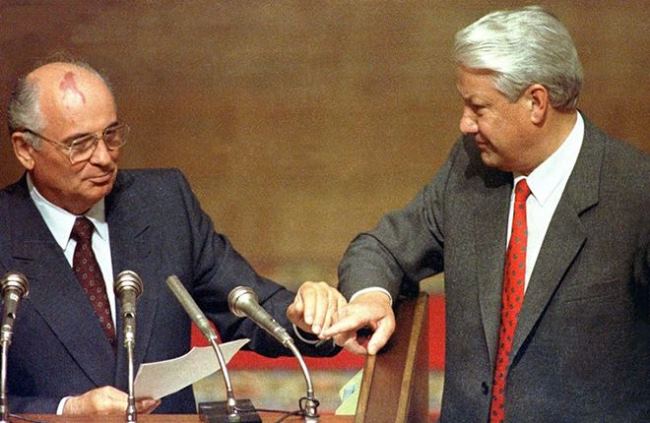 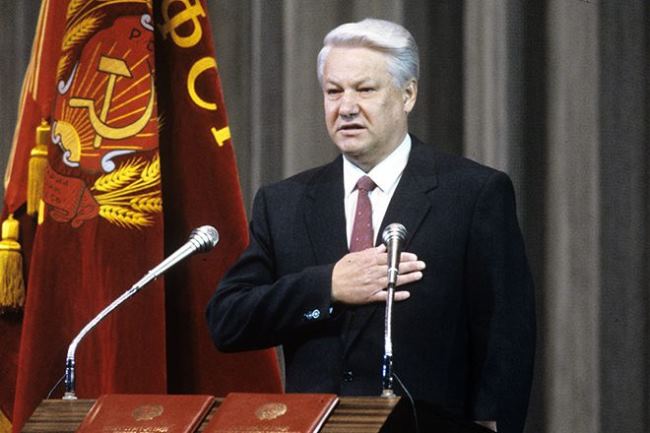 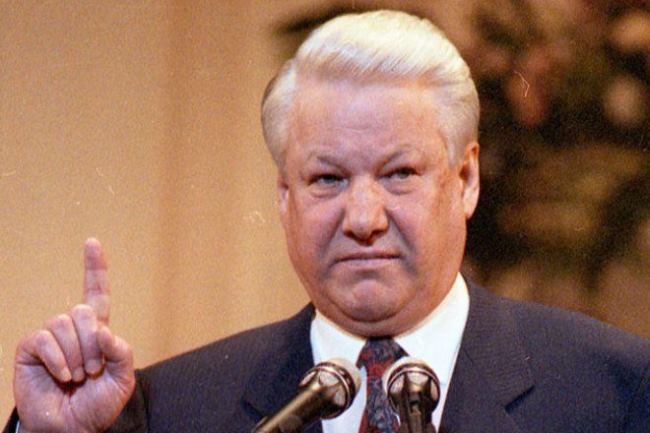 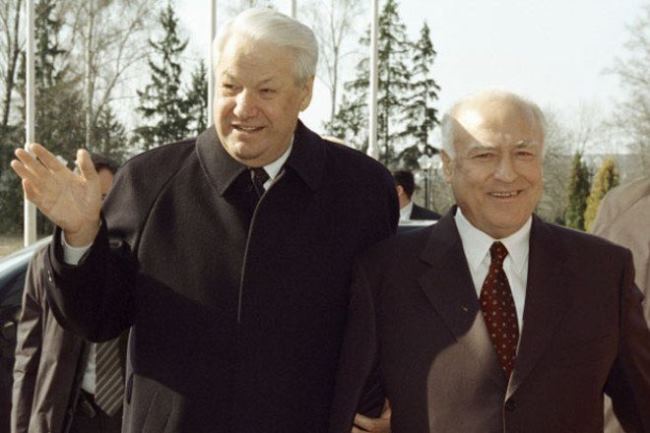 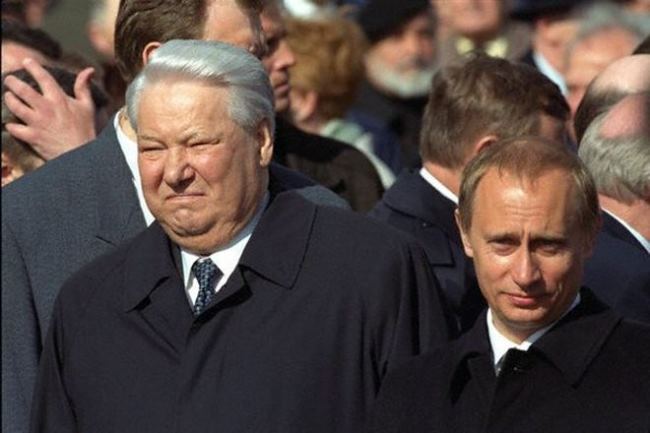