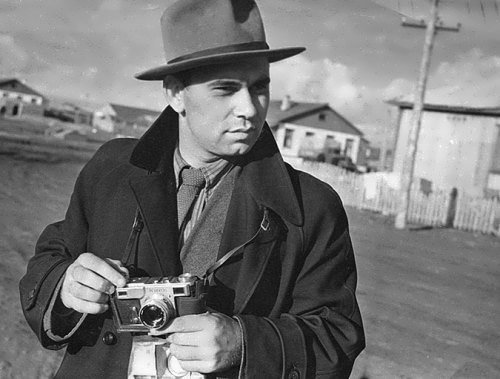 Vasily Peskov was a Soviet writer, journalist, TV presenter of the program In The Animal World (1975-1990), traveler. He was awarded the Lenin Prize (1964) and the Russian Federation Government Prize (2013, posthumously).
Vasily was born on March 14, 1930 in Voronezh region into the family of a driver and a peasant woman. After his graduation from college Vasily worked as a driver, pioneer leader, projectionist. In his youth, he became interested in the photography of nature.

In 1953, Peskov began working in Voronezh newspaper Young Kommunar at first as a photographer, and after the successful publication of the first essay – April in the Forest, as a staff writer.
In 1956, Vasily sent several of his articles to Komsomolskaya Pravda (Moscow newspaper) and was invited to work in Moscow.
The first book of essays was published in 1960.
Vasily Peskov died on August 12, 2013 in Moscow at the age of 83. His body was cremated and the ashes were scattered over the field in Orlovo village, Voronezh region, in his homeland. On the field there is a stone, which Vasily brought from Mordovia and wrote on it “The main value of life is life itself.”
He invented his own genre – journalistic story with a photo. He wanted his readers to see his heroes, peeped into their eyes, whether they are people, birds or animals. Vasily liked to take pictures with the old-fashioned film camera. 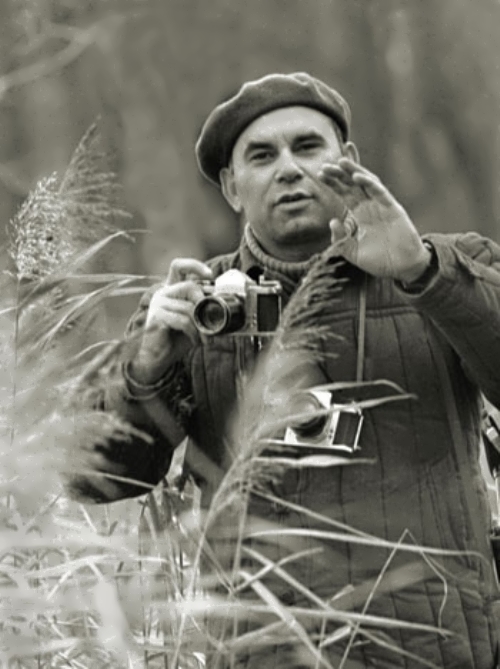 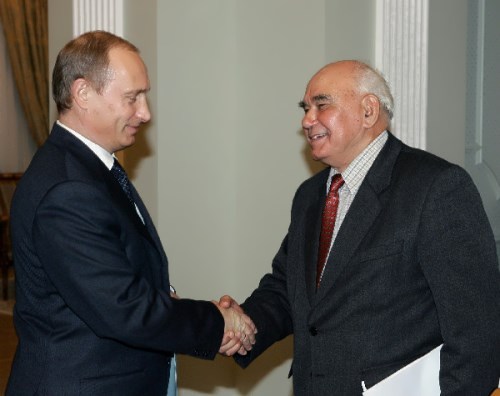 Here are some Peskov’s photos. 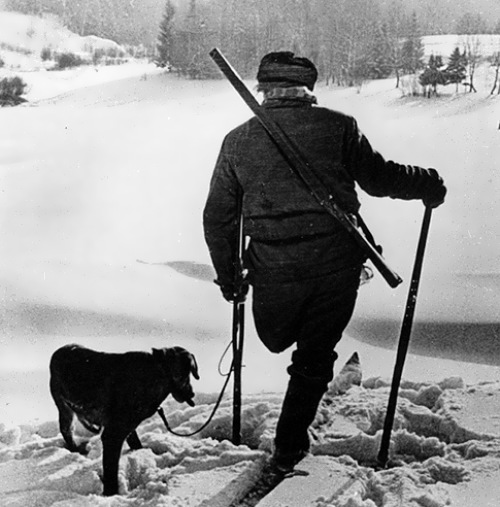 “In the suburbs, near the town of Krasnoarmeysk, I saw a strange trail: someone was moving on one ski. Coming on the trail, I saw the hunter with a gun and a dog, one ski and two crutches. Viktor Novikov lost his leg in the war. But the passion for hunting was so great that he adapted to hunt here in this way.” 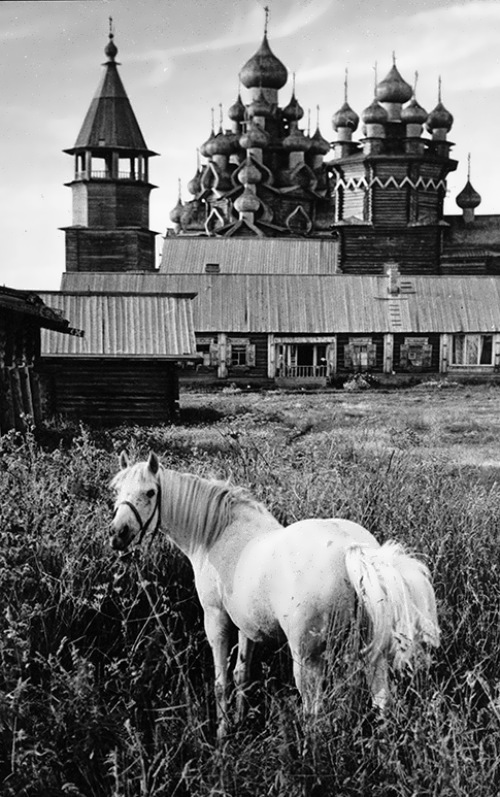 “When I came to the island of Kizhi in Karelia, I started taking pictures of famous wooden churches. But a lot of such pictures had already been made and I felt, I went on-trodden trail. But what to do? Suddenly I saw a horse and decided to combine the building and the animal.”

Fox in the tree 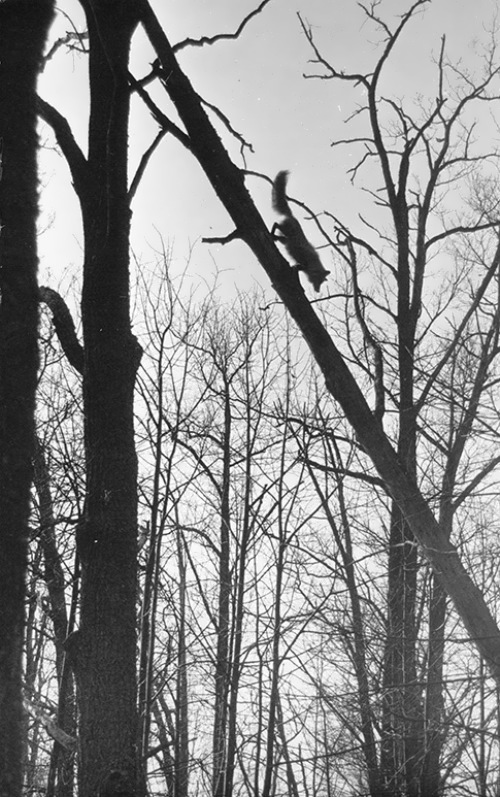 Fox in the tree

“During spring floods large areas of forest are flooded. And animals rushed to the dry land. That time we didn’t see even patches of land. But what about the animals? The day was hot and quiet, and I suddenly saw the snout and black ears in the oak’s branches three meters above the water.” 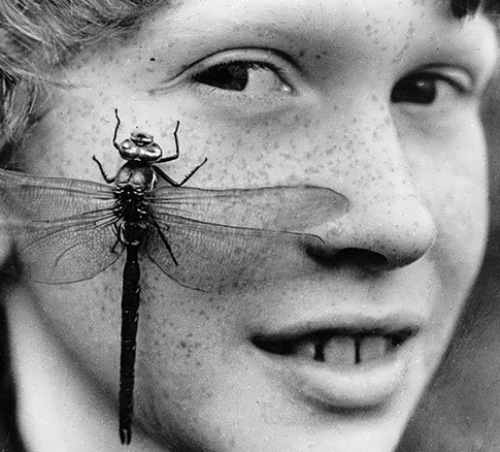 “I saw a luxury dragonfly sat down on the freckled boy’s face. The boy did not move, I was taking picture of the dragonfly without fear that it could fly away.” 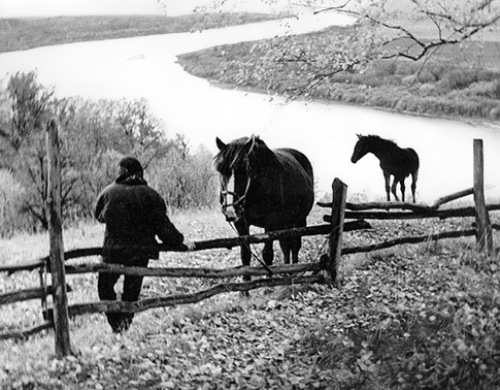 “Each photographer has his most favorite picture. As a rule, this picture is famous and it is like a business card of an artist. As for me, I like this photo made on the Oka River in the fall. The place is wonderful!”

“This picture was taken in Novosibirsk. Little ferrets were running after a girl.” 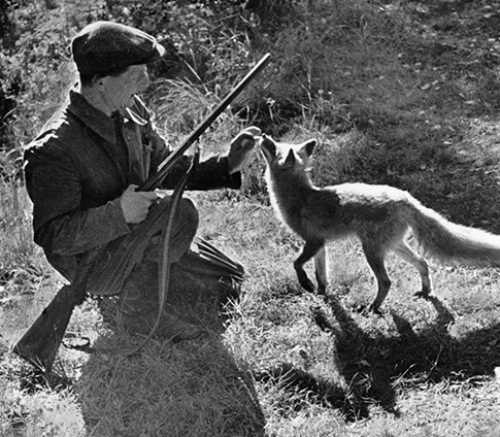 “I could not believe my eyes. The hunter with a gun was going on forest glade and suddenly a fox emerged from the bushes and it wasn’t frightened but ran to the hunter. I immediately began to take picture of this scene and only then learned that the hunter and the fox were walking in the forest together. Lizaveta was adopted when it was a tiny creature. Fox is a hunter, but it can live with people like a dog.” 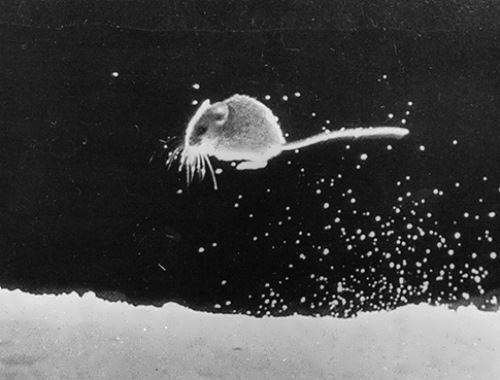 Even mice leave traces. Sometimes you can see the thinnest line of traces – a mouse crawled out from under the snow, gnawed seeds, rolled in the sun and dived back into the snow. Once I saw where the mouse disappeared, and asked my friend to hit that place with a stick. The mouse was so scared that literally jumped out of the snow…
Source: www.kp.ru/daily/peskov-photo/