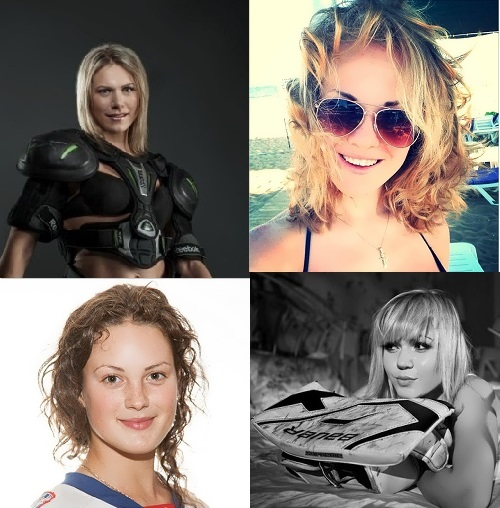 Russian women’s national ice hockey team
Ekaterina Solovyova
Ekaterina comes from Pervouralsk. 8-year-old Katya was engaged in hockey. When she was only 14 years old, she began to live apart from her family. According to Ekaterina, hockey taught her to be independent. She is the bronze medal winner of World Cup 2013. Ekaterina is a very beautiful and charming girl.
“Running shoes are comfortable and good for everyday life. But every athlete wants to be beautiful: sometimes I wear dresses. All depends on my mood”. 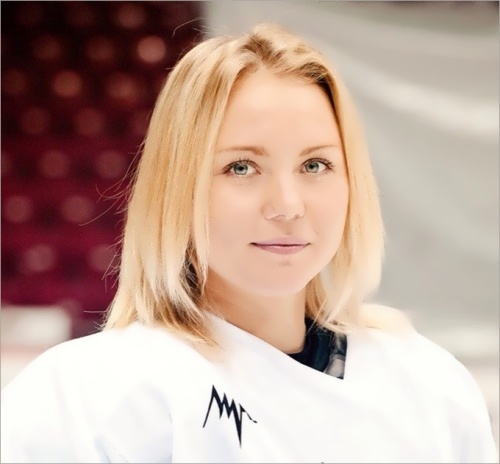 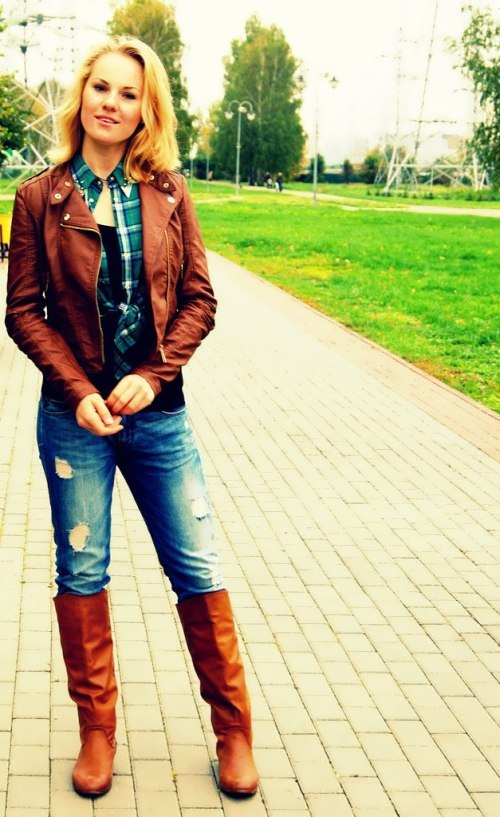 Some people think she is too beautiful for hockey. But even hockey stick, puck and other accessories seem nicer in the hands of such girls. Angelina joined hockey club together with her brother. Prior to joining Ufa club Agidel in summer 2013 she played exclusively in the male teams: first, in Orbit and then in Polar Bears. Despite her 19 years, she has already played in two World Championships and won a bronze medal at the World Championship in Ottawa. Angelina believes that the most dangerous sport is chess) 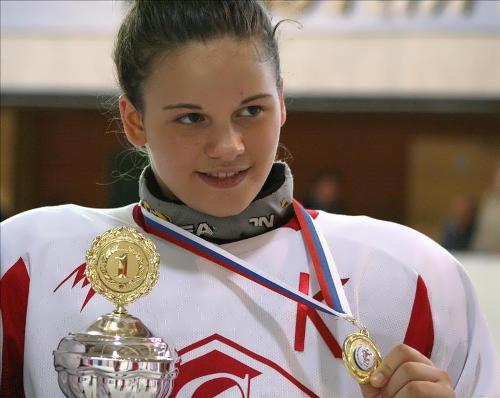 Despite the fact that she is 2013 World Championships bronze medalist, Lyudmila still plays with young men for North Star. Her father and brother also play hockey. At first she started swimming and doing martial arts but when she saw her brother playing hockey, Belyakova realized that it was her sport. It’s hard to believe, but she managed to play one of the tournaments with a broken arm. Beauty, courage, talent – what a girl! 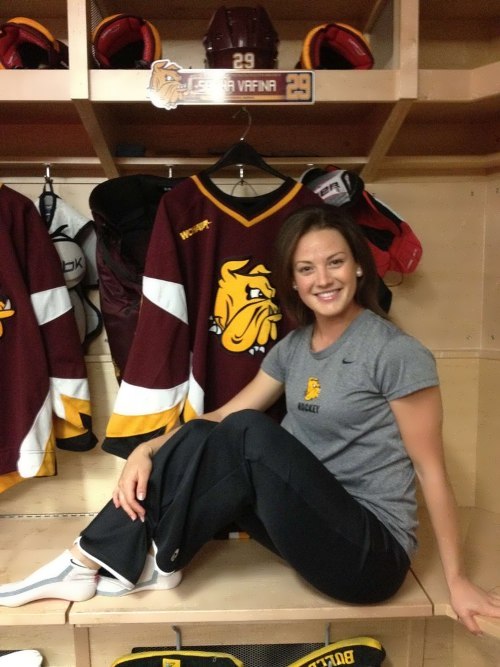 She is one of the few Russian hockey players, who have experience of playing in North America. She played overseas for one season and then returned to Chelyabinsk. Alexandra and her mother Lyubov Vafina play for Fakel. Alexandra took part in the 2010 Olympics, and became bronze medalist at 2013 World Championships.
“I can’t imagine my life without sports, hockey is life for me”, noted Vafina.
Comparing men’s and women’s hockey, Alexandra finds at least one advantage of the girls: “Maybe our game is not as dynamic as men’s one and we do not fight on ice, but we have the same goals. Men are stronger and faster than girls, therefore their games are more spectacular. We don’t play at such high speeds, but we are beautiful”. 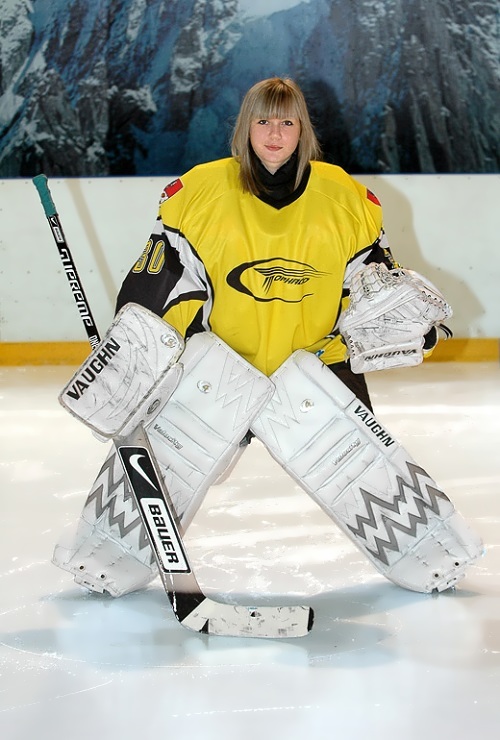 Prugova started her sport career in Khabarovsk. At the age of 11, she came to the stadium and fell in love with the game. On March 8, Anna’s father presented her not with sweets, but with a goalkeeper uniform. Prugova is 2013 World Championships bronze medalist and 2010 Olympics participant. In Vancouver, Anna was the youngest Russian participant of the games. Anna is known not only as a reliable goalkeeper, but also as one of the most beautiful hockey players in the world. 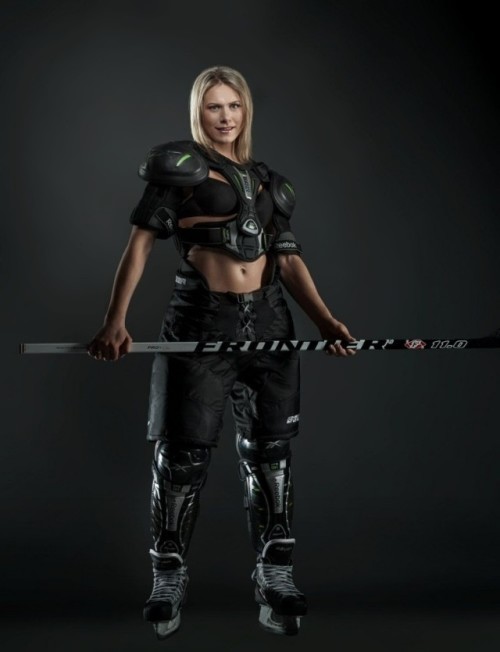 Ekaterina Smolentceva was a participant of three Olympic Games.