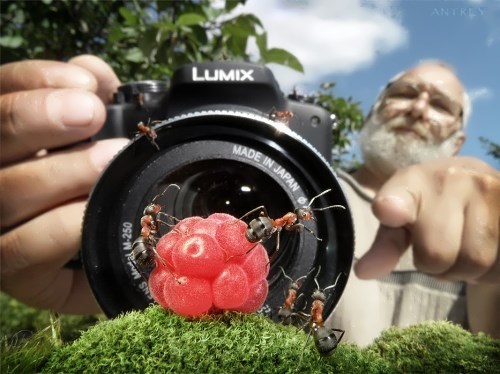 Macro photography from the series Ant Stories or Ant Theatre by Andrei Pavlov.
They look like banal three-dimensional visualization, but it’s a real staged photography with live models!
The author of the photos, whose nickname in the Internet is Antrey, was born in Moscow. In Leningrad he graduated from the Faculty of the Arctic and often was on expeditions to the Arctic and Antarctic far from his family: wife and daughter.
He began to comprehend digital photography when he had problems with his spine. Because of a back injury, he could not move independently. That time Pavlov was fascinated by the ants, which according to biologists, are considered to be some of the most amazing creations of Mother Nature. He began to read books about these insects (his favorite is a novel by Werber Ants) and was amazed how healthy individuals take care of their weaker brethren – children, elderly and cripples. Pavlov, like many others, fell under the charm of these amazing earthlings. This biological civilization of 150 million years of existence has mastered a lot of environmentally friendly methods of life support and has developed a strategy for survival. And they will live forever, if a technological civilization of “little” men would not kill the planet. 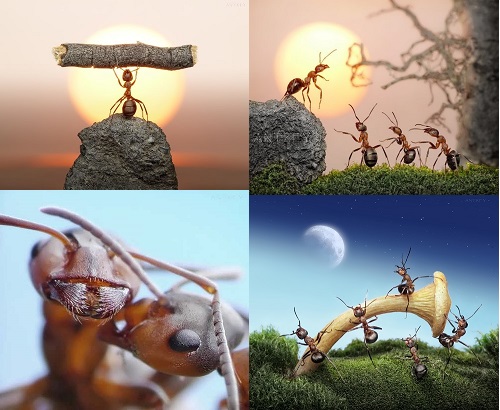 Photographer prefers to take pictures of insects – red wood ant formica rufa. Why ants?
There are two authoritative views:
1. “Their ability to obey … – the dream of every dictator!” (B. Werber Ants)
2. “It is proved that ants learn faster than … birds, while they afford the invariant problem” (A.A. Zakharov Ant, Family, Colony).
It’s easy to capture the attention of an ant, just show him a prey or an enemy. Also it is possible to control the whole troupe. If you managed to persuade one to perform the trick, others will do the same easily. And the main thing is not to teach the ant but to learn.
It took Pavlov two or three years to “get in touch” with them.
Every year, from May to October, Andrei spends time watching and photographing red wood ants. Pavlov makes wonderful photos of insects living not far from his dacha (summer residence). Andrei says it’s easy to work, because the ants are real actors, but, of course, not all of them.
To do such photos you should love nature. It’s a real fairy tale in photos. 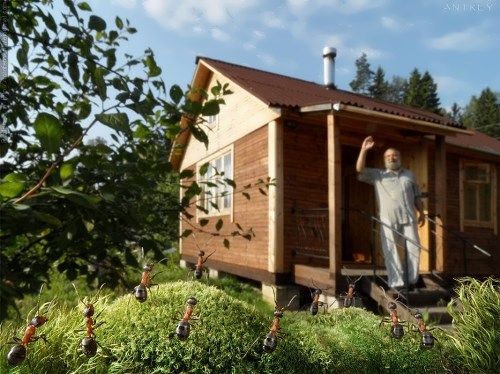 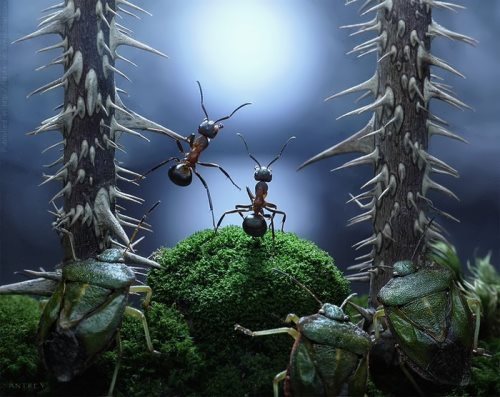 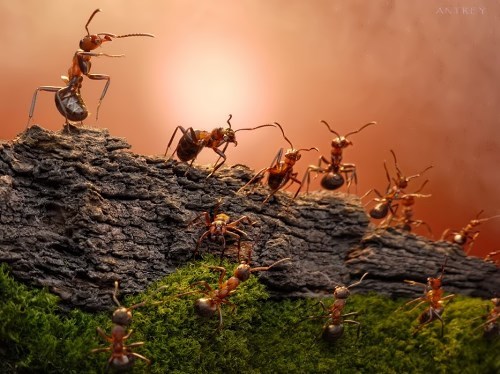 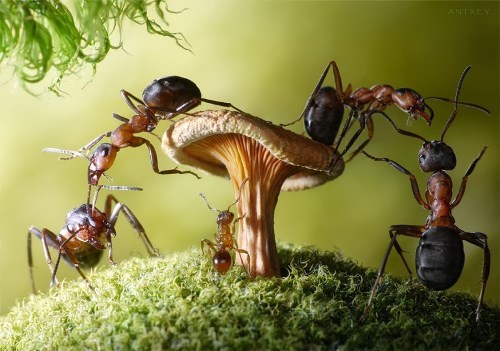 Fabulous Ant Stories by A. Pavlov 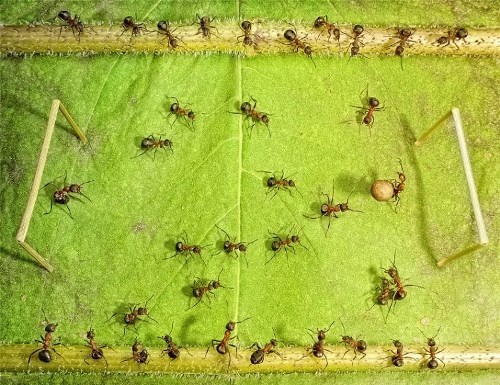 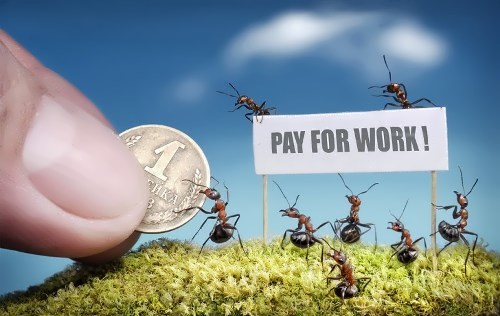 Original Ant Stories by A. Pavlov 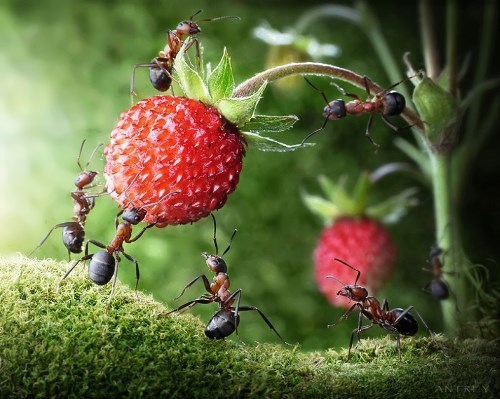 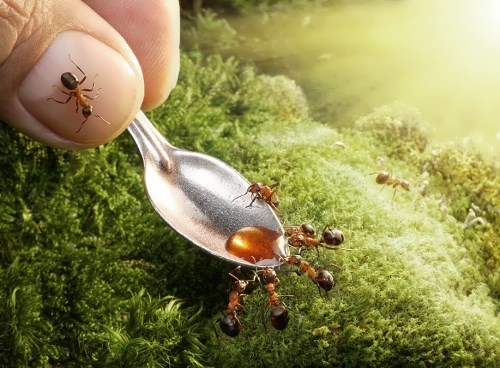 Unique Ant Stories by A. Pavlov 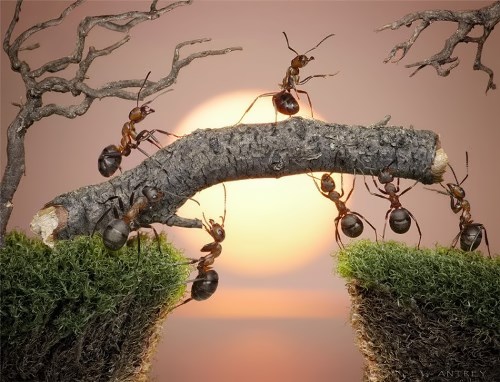 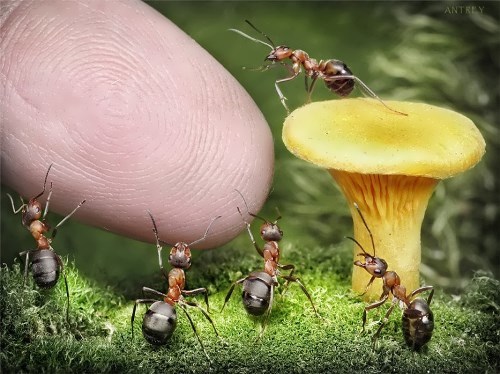 Awesome Ant Stories by A. Pavlov 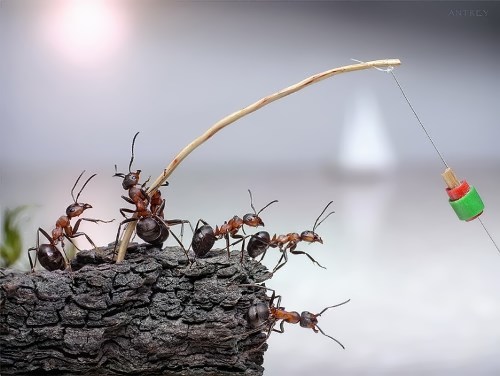 Amazing Ant Stories by A. Pavlov 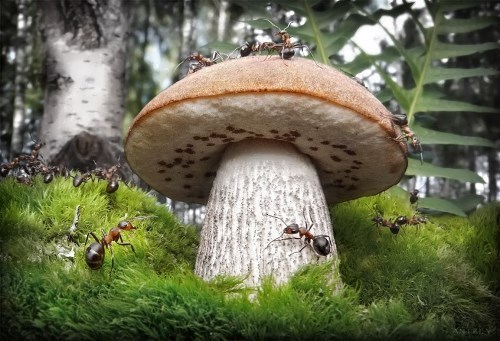 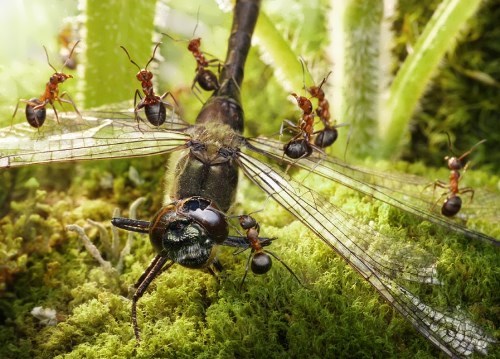 Magnificent Ant Stories by A. Pavlov