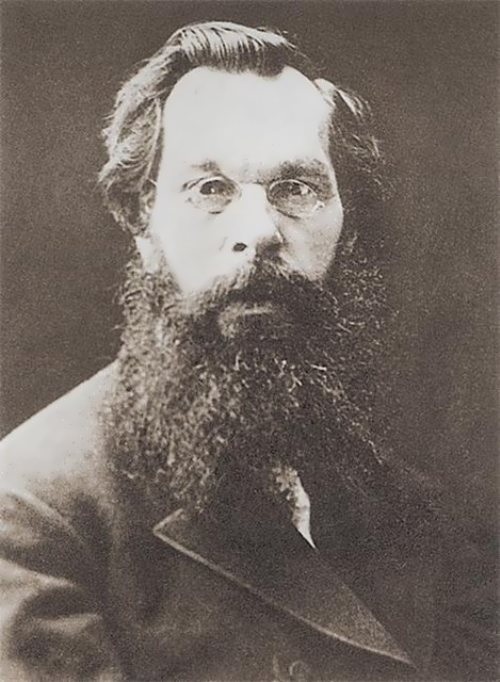 Alexei Savrasov is a Russian realist artist, one of the founders of The Wanderers. You know, he was the discoverer of the lyrical landscape in Russian painting. To tell the truth, the creator of the national Russian landscape, began as a low-income person, the first buyers of the Savrasov’s paintings were merchants at the market. At the age of 24 he became an academician.
Alexei Kondratievich was born on May 24, 1830 into the family of a merchant. His father wanted the son to follow in his footsteps. However, the boy was fond of drawing and drew on any sheet of paper that fell into his hands. Once Alexei decided to show his drawings to merchants at the market and they asked to bring more.
The first step into the real world of painting was a casual acquaintance with Alexander Vorobyev, who attended the Moscow School of Painting, Architecture and Sculpture. How did young Alexei dream about this! After a series of scandals at home 14-year-old Alexei entered the school. He earned money himself, still selling his drawings to merchants. Soon the boy had to leave school because of his mother’s illness.

In 1848, when the mother had already died of tuberculosis, and his father had married for the second time, Alexei returned to the school. Carl Rabus, who taught his students to see the greatness and beauty of nature, became his teacher. Rabus tried to send his students on trips. Savrasov went to Ukraine, Crimea, and collector Likhachev paid for his trips, with the condition that the pictures painted in travel would belong to him.
Since the 50s Savrasov’s pictures became popular and critics called him the strongest contemporary landscape painter. In 1854, Princess Maria Nikolaevna visited the Moscow School of Painting and bought seven paintings, including two works by Savrasov. Also the princess invited the only artist to spend the summer at her dacha in Sergievka.
At the age of 24 Savrasov became an academician. When Rabus died, in 1857 Alexei was invited to teach at the School.
In the same year Savrasov married Sophia, the sister of his comrade Konstantin Hertz. She was 4 years older than Savrasov. Unfortunately, three newborn children died one after another. And only two girls survived. By the way, his beloved daughter Vera inherited her father’s artistic talent, but Savrasov refused to teach her. He believed that such an occupation would bring neither income nor happiness. Despite official success, the artist was not rich. 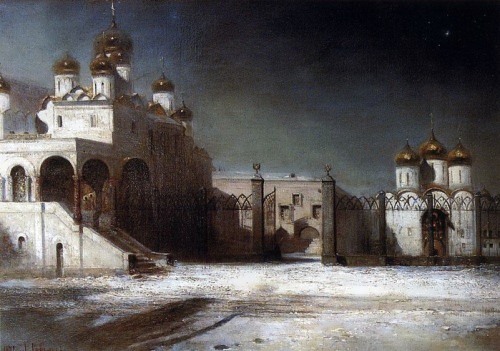 Savrasov was sent to study European painting. That trip had a strong influence on him, and he found his own unique style.
In fact, he became the first Russian lyrical landscape painter. His pupil Levitan called Savrasov the creator of the national Russian landscape. Pavel Tretyakov, who had an extraordinary taste, highly valued Savrasov’s paintings and it was an unconditional indicator of success.
At the end of the 1970s, Savrasov lost favor and most of his works were criticized. And the artist began to drink. Also he had problems with vision. In 1877, his wife and children finally left him. The artist was depressed.
Later, he married simple woman Evdokia Morgunova, who was much younger than the artist. Evdokia gave birth to two children.
In his old age, academician Savrasov, a former teacher of the School of Painting, Sculpture and Architecture, painted for food and drink, and sold his drawings to merchants at the market – just like in his childhood …
Savrasov died on September 26 (October 8), 1897 in Moscow at the hospital for the poor in Khitrovka. He was buried at the Vagankovskoye cemetery. 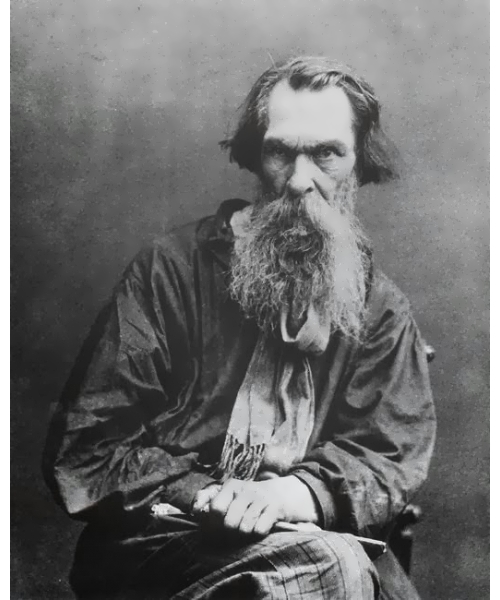 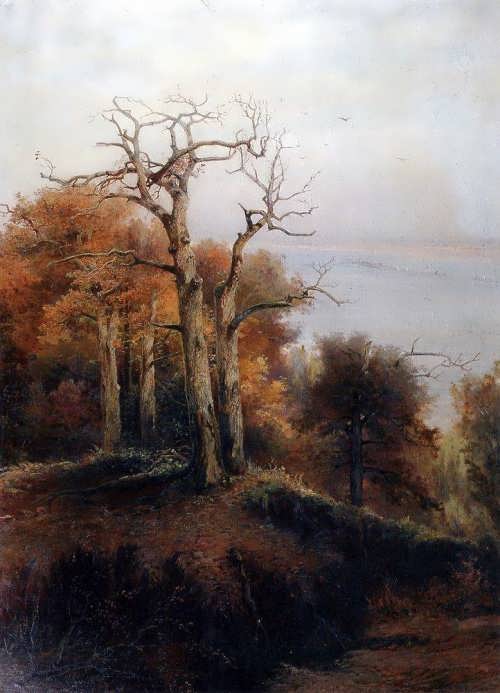 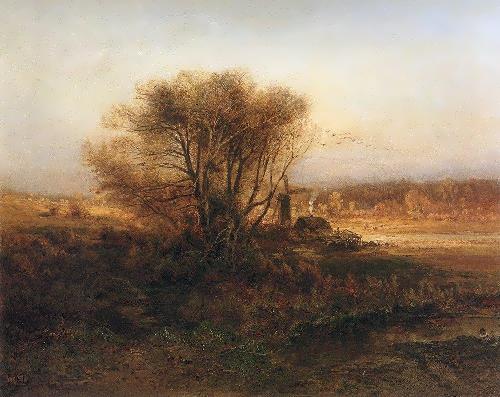 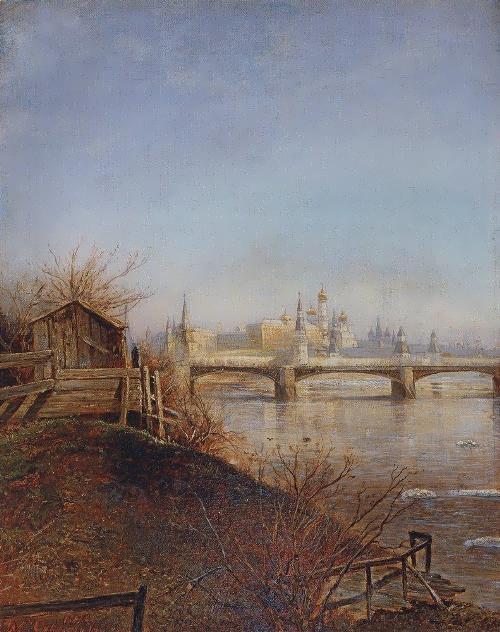 View of the Moscow Kremlin. Spring, 1873 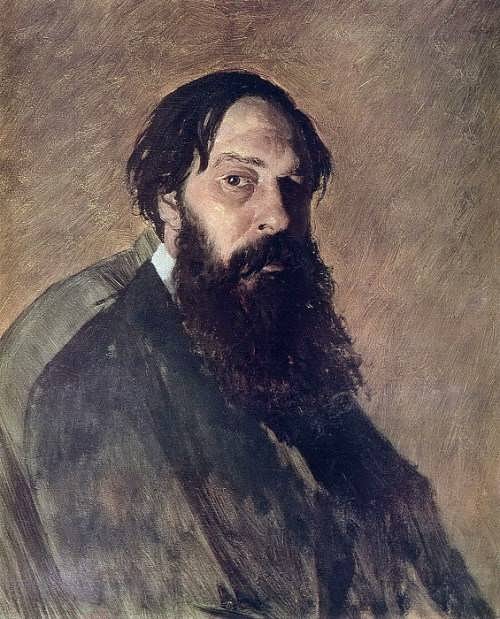 Vasily Perov. Portrait of the artist A. Savrasov 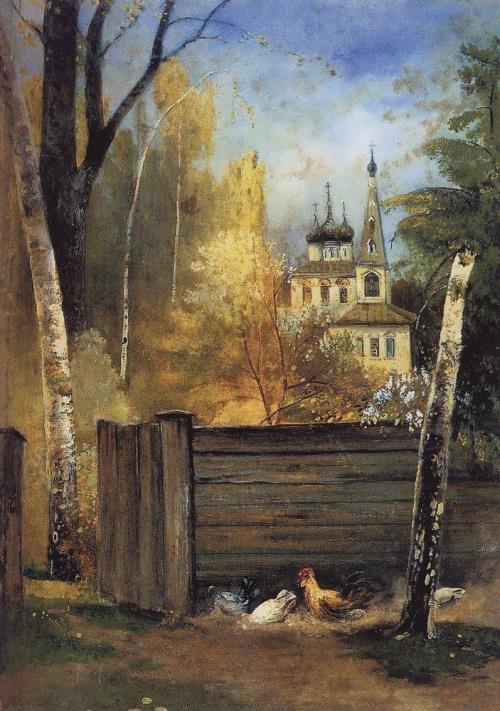 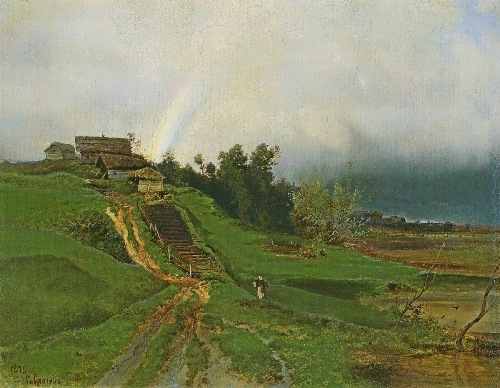 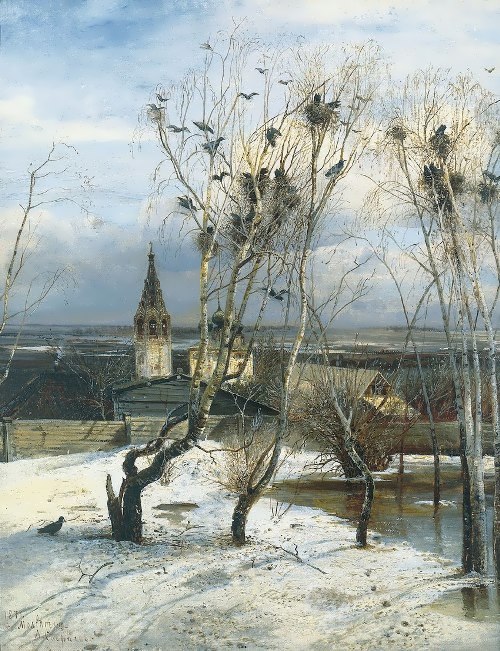 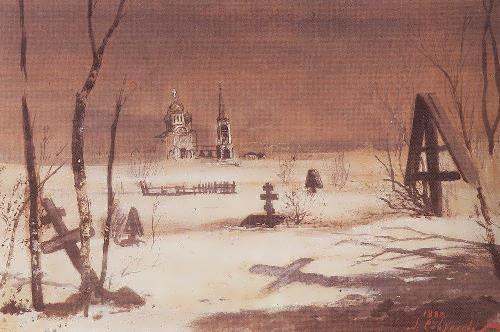 The rural cemetery on a moonlit night, 1887 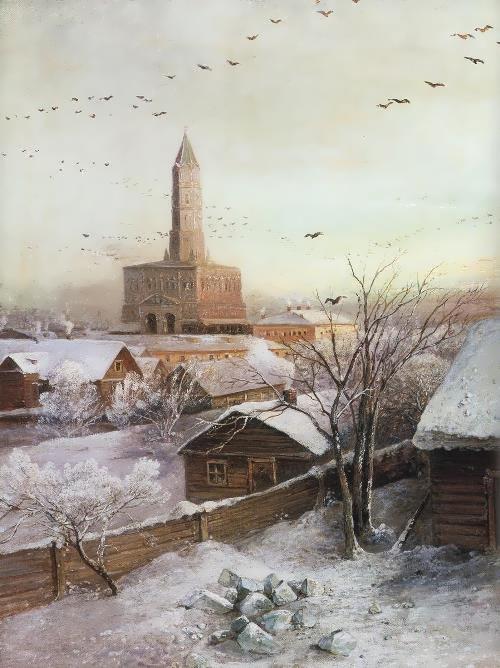 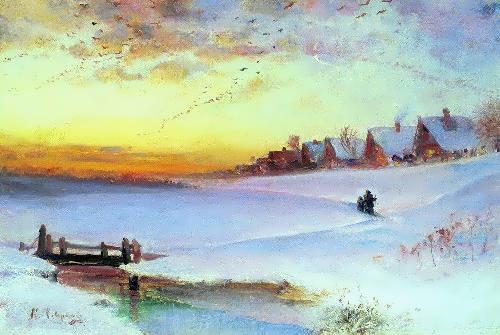 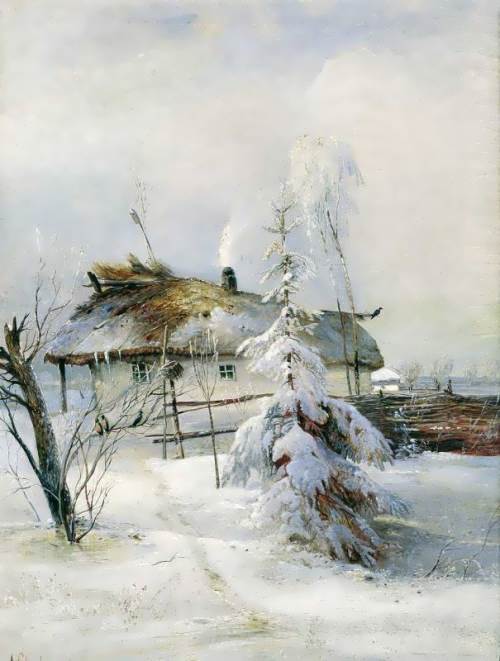