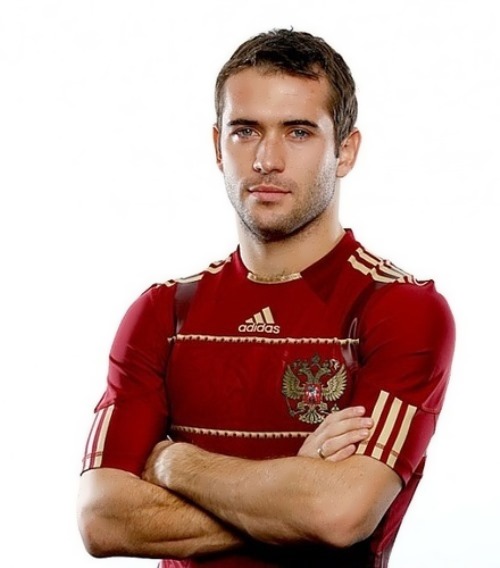 Aleksandr Kerzhakov is a Russian football player, Honored Master of Sports of Russia (2007). By the way, he is a top scorer in the history of Russian football, top scorer in the history of Zenith and the Russian team. In addition, he is the third in the list of Grigory Fedotov club.
The boy was born on November 27, 1982 in Kingisepp, Leningrad Oblast. The boy has a younger brother, who is a professional football goalkeeper. Their father became the boys’ first coach. At the age of 11 Sasha was admitted to the boarding Sports School Zenith, where Sergei Romanov was his coach.
After the sports school, Kerzhakov joined the amateur football club Svetogorets. As a result of the pre-season tournament of 2000, Alexander was recognized as the best striker. So, he received a long-awaited invitation to the St. Petersburg club Zenith and played there for 6 years.
Already in 2001 he was one of 33 best players of Russia. As a member of Zenith Kerzhakov won bronze at the championship of Russia in 2001 and silver in 2003.

In 2004 he became the best scorer of the Premier League. The Spanish club Sevilla noticed a promising striker during the matches against Zenith. As a result of negotiations, Alexander signed a five-year contract in 2006. As a member of this club, Alexander won the bronze of the championship of Spain.
In February 2008 Kerzhakov has signed a three-year contract with Russian Dinamo Moscow. The following year, Alexander demonstrated all his talents, scoring 12 goals in 24 matches.
The beginning of 2010 was marked by the triumphal return of the striker to Zenith. It became triumphal not only because the player returned to his native land, but also because he was the best player of the Russian Championship in his first season and brought his club the title of the country’s champion.
On May 29, 2011 the footballer scored his anniversary 100th goal. Two years later, he scored the 200th goal. And on September 28, 2013 Alexander became the best scorer in the history of Russian football.
In July 2017, it became known that the best scorer in the history of Zenith completed his football career.

Interesting facts
At the end of 2002, the first autobiographical book by Alexander was published in St. Petersburg under the title Up to 16 and Older. In the beginning of 2017 the second autobiography The Best was published.
You know, in 2005, Kerzhakov opened two cafes of Russian cuisine under the name Lukomorye. Leaving for Sevilla, the footballer gave them to his parents and business partners.
Actually, in 2006, he graduated from the coaching department of the Lesgaft National State University of Physical Education, Sport and Health. Later, in 2010, he entered the St. Petersburg State University of Engineering and Economics.
On December 25, 2010, Aleksandr took part in the humorous program Projectorphershilton. Moreover, in 2010, he starred in the movie Hipsters.
On February 6, 2012 Kerzhakov was officially registered as a confidant of presidential candidate Vladimir Putin.
In May 2015, the Kerzhakovs and entrepreneur Ivan Nikiforov set up charitable foundation Stars for Children.

Personal life
In 2005 he married Maria Golovaya, who gave birth to their daughter Daria. Figure skater Evgeni Plushenko was at their wedding ceremony. The couple divorced in 2010.
Later Aleksandr married Ekaterina Lobanova, the ex-wife of hockey player Kirill Safronov. In 2013 Ekaterina gave birth to their son Igor.
On June 27, 2015 the footballer married Milana Tyulpanova, the daughter of Senator Vadim Tyulpanov. Their son was born on April 10, 2017. And on May 13, 2018 Kerzhakov announced their broke up.
Official site: akerzhakov11.ru 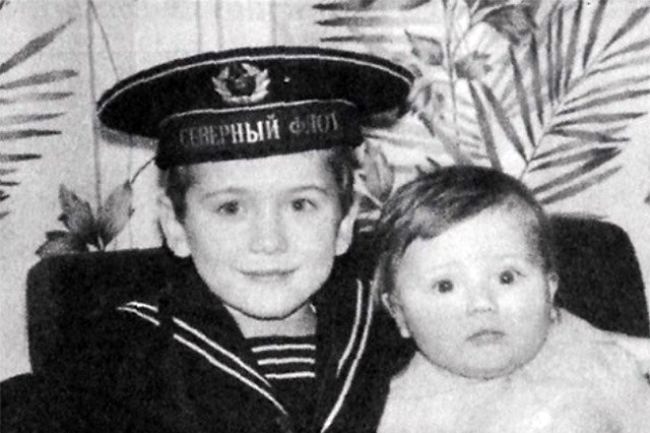 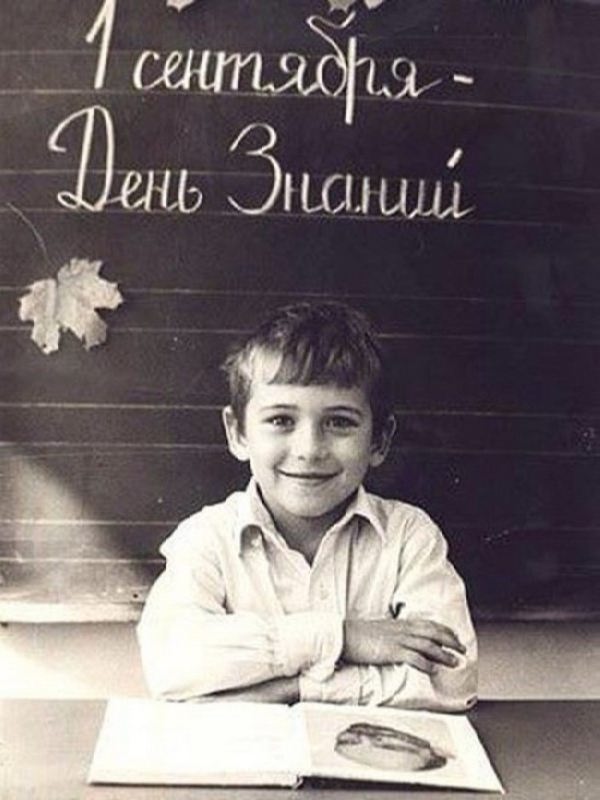 Little Aleksandr Kerzhakov in his childhood 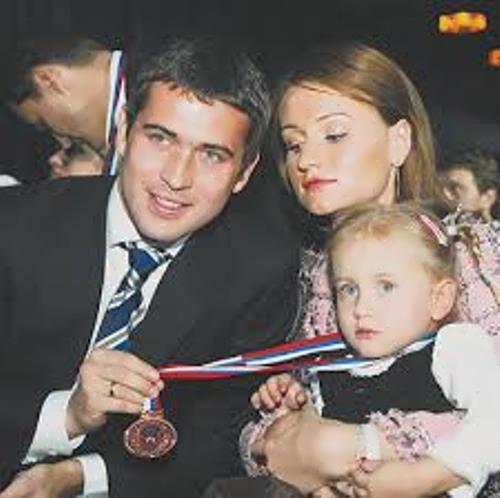 Famous Alexander Kerzhakov, his ex-wife Maria and their daughter 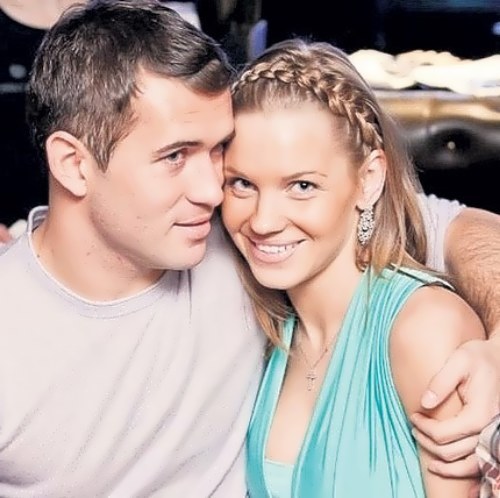 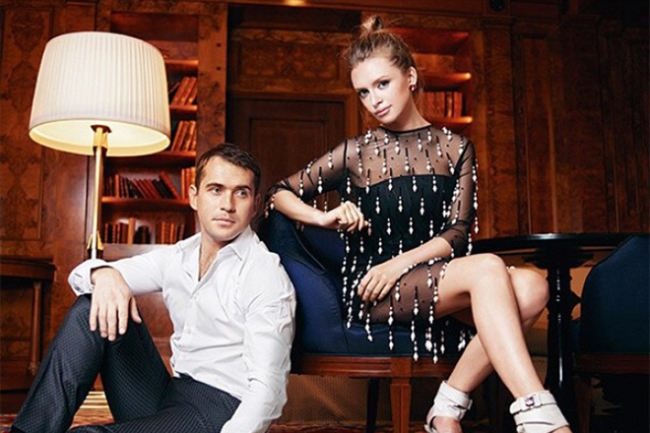 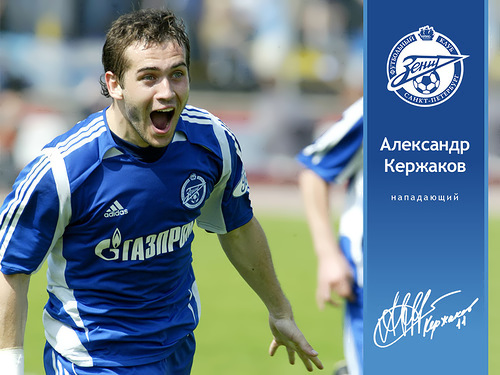 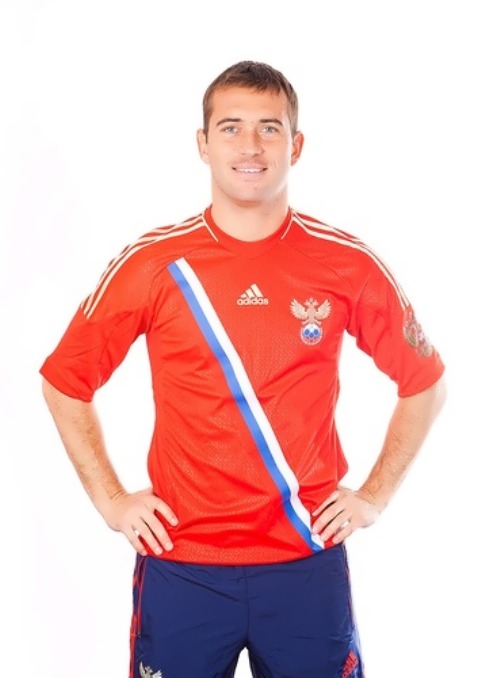 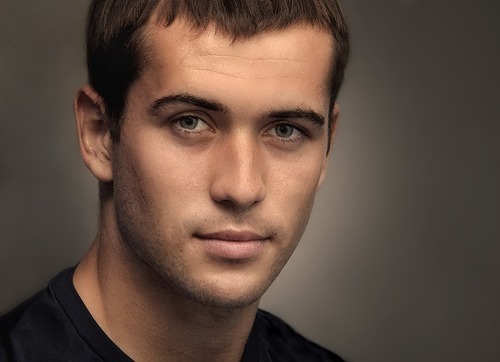 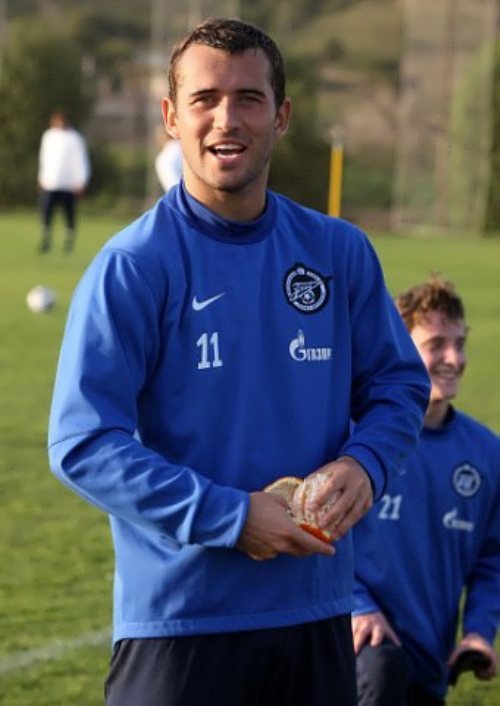 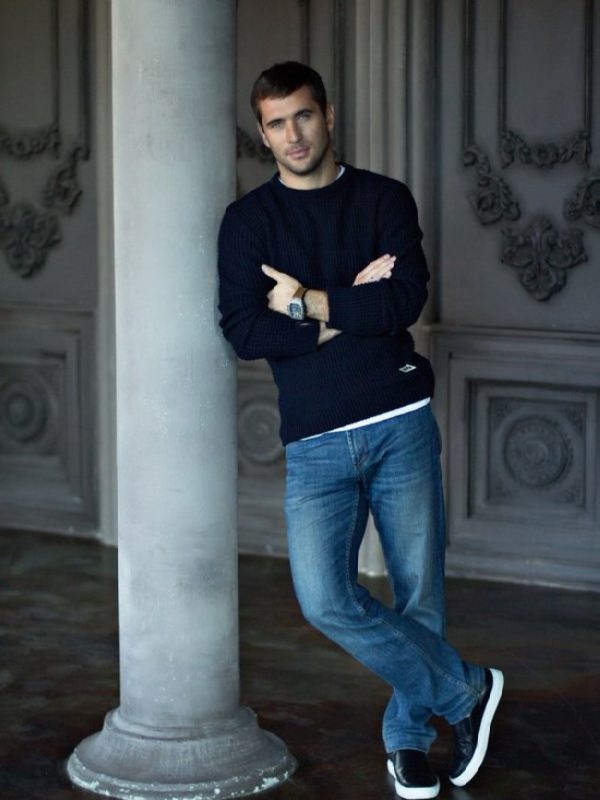 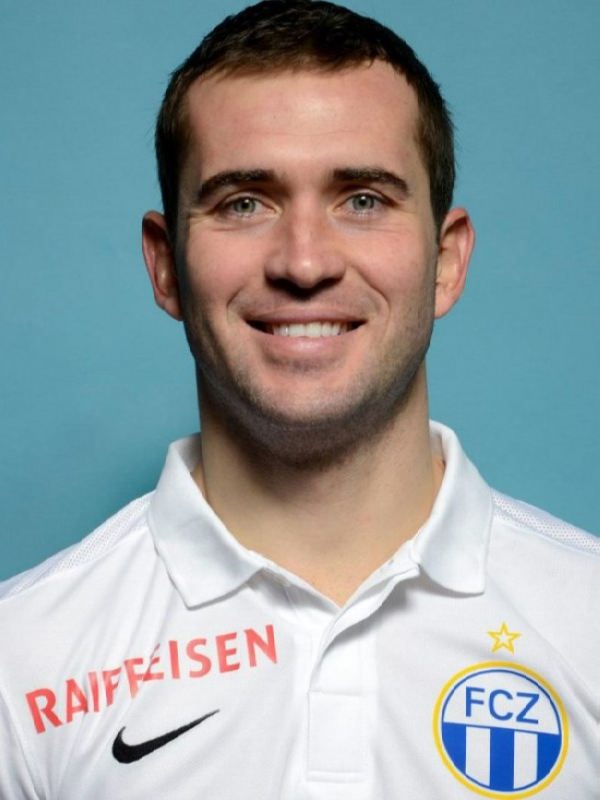 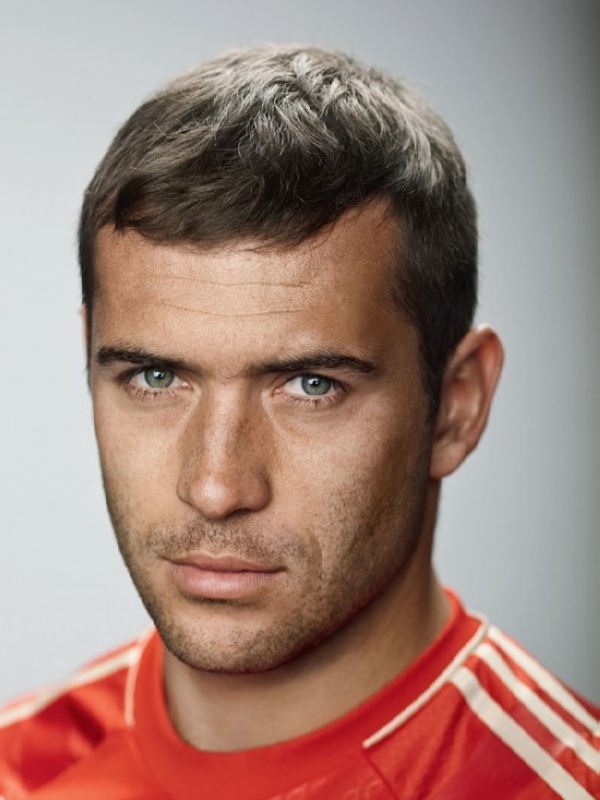 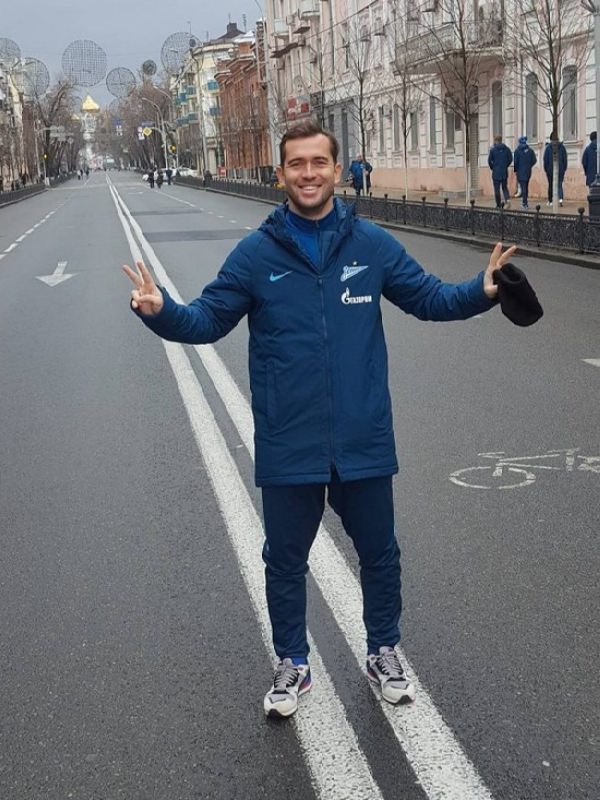 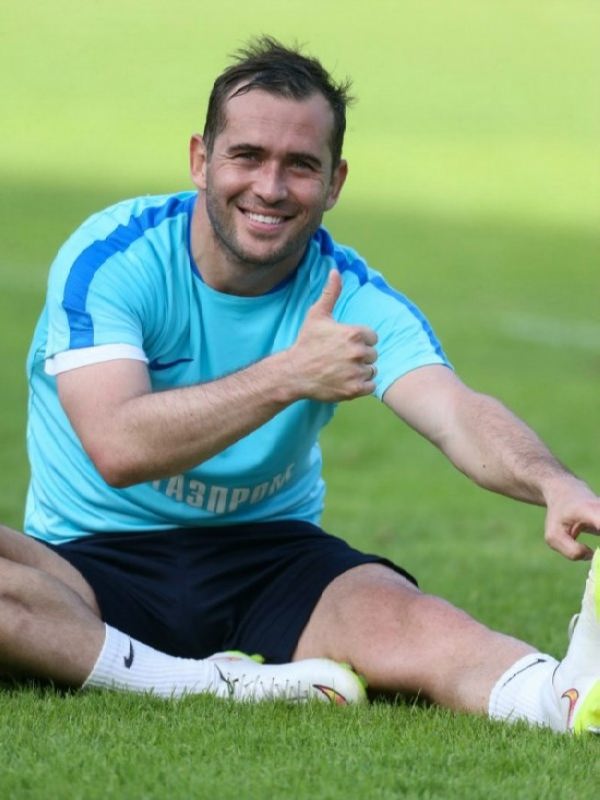 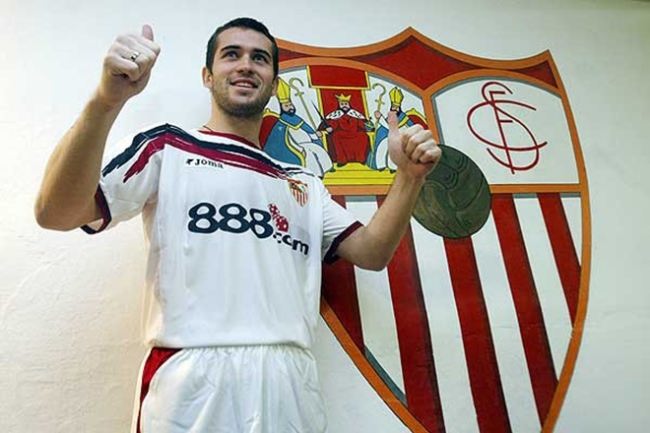 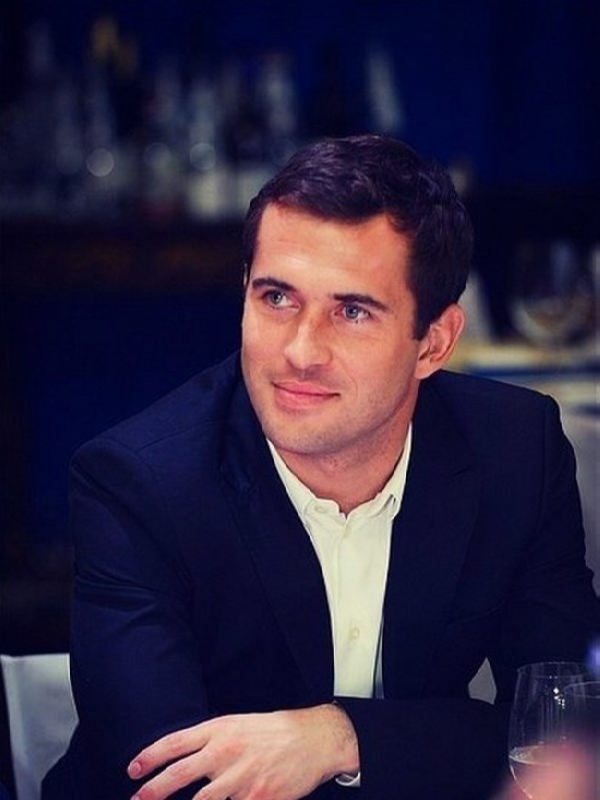 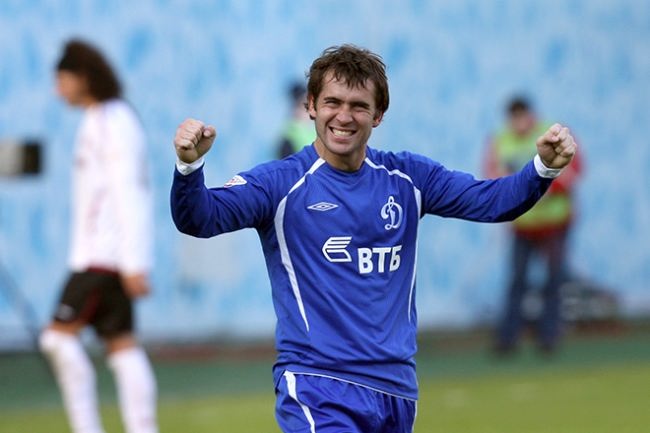 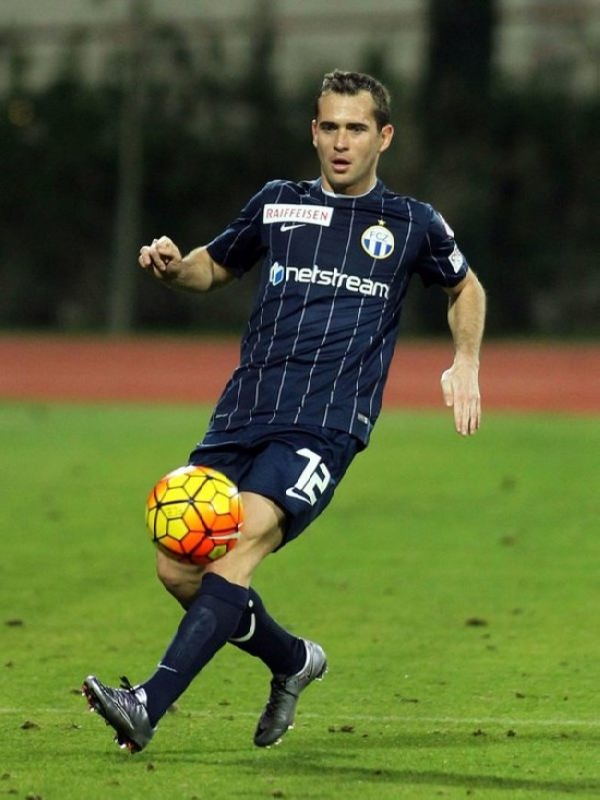 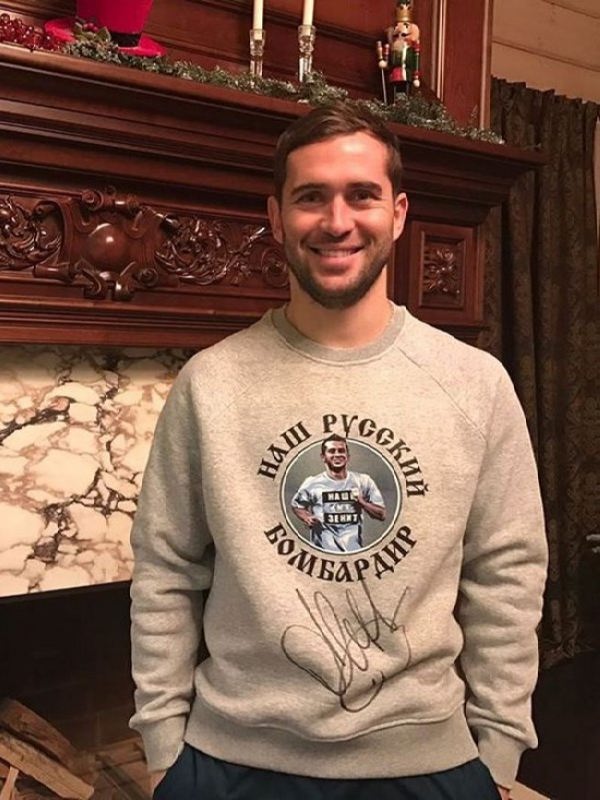 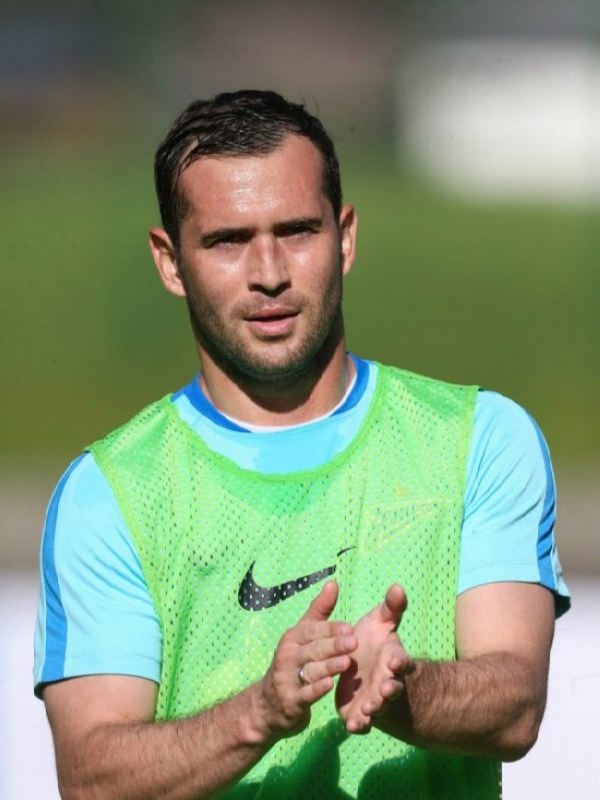